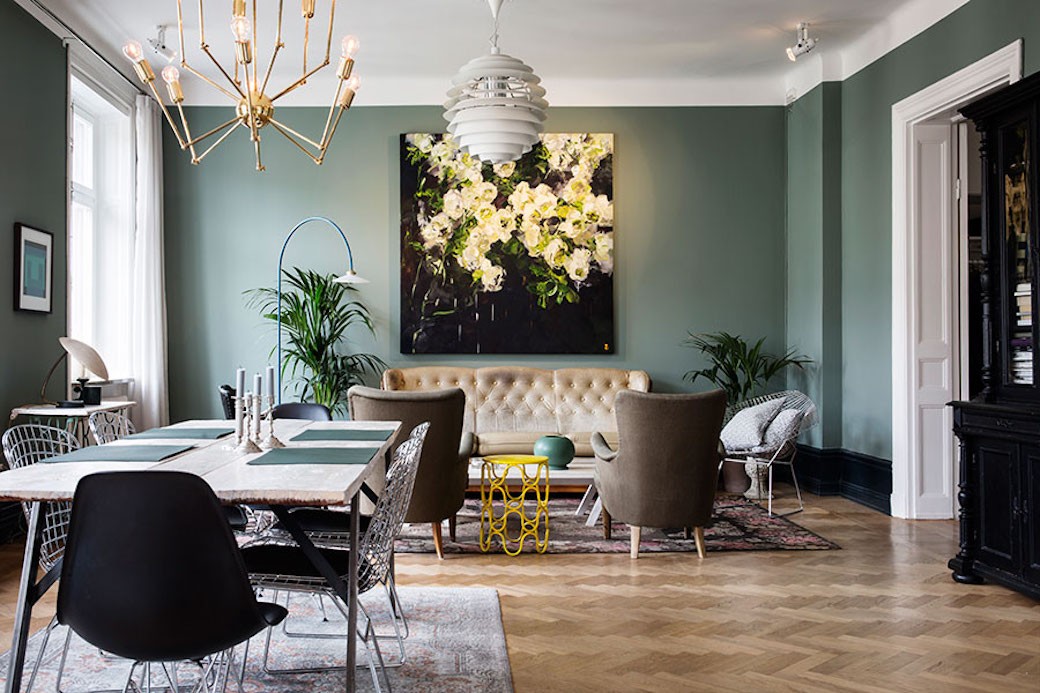 I must admit, it feels strange to be blogging about interiors this week when they’re so much going on elsewhere in the world. It’s been tricky getting my head into blog mode with so much to read, watch, and digest. So I thought I’d share something short and simple – and Scandi!

I spotted this apartment on Gravity Home on Tumblr and headed to Elle Decoration to check it out. Why? Because of the green – this hue just feels so rich and moody. After my previous post on Farrow & Ball’s AW16 wallpaper collection where I mentioned being in a dark blue phase, it seems that the company’s Arcade wallpaper has got me thinking about green. 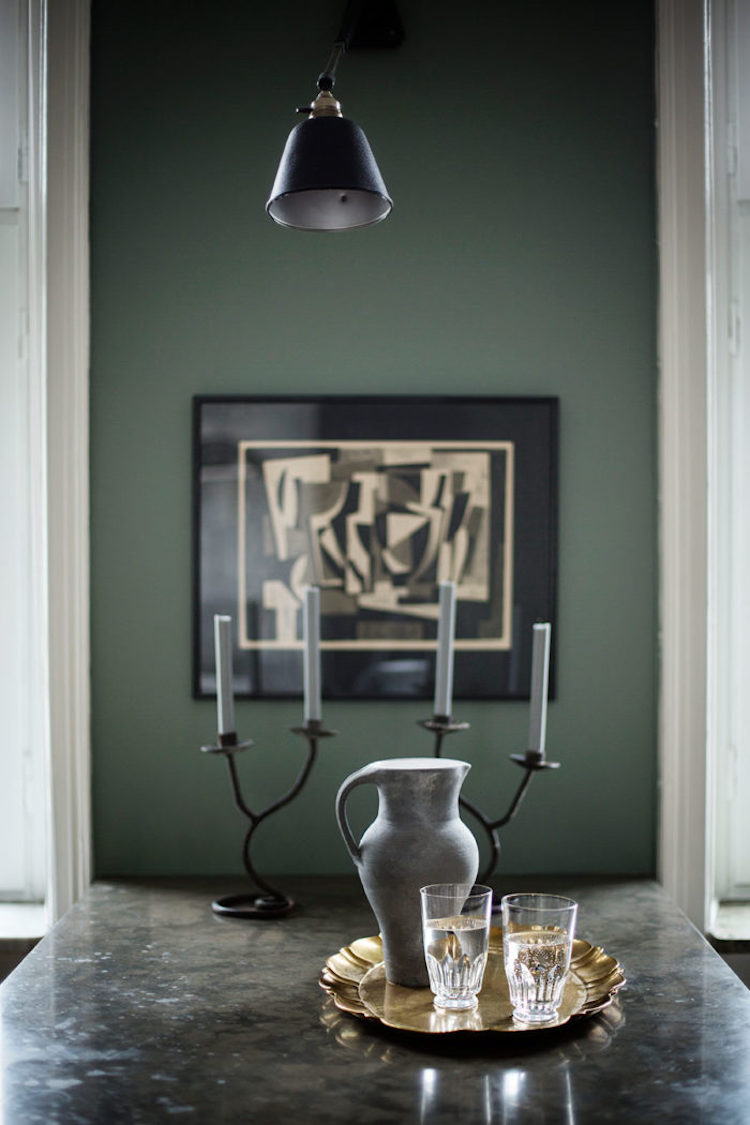 This apartment is located near the Odenplan in Stockholm, and sits on the fourth floor of a turn-of-the-century building. The owners – Emma, a fashion stylist, and her husband Alex, who has a background in set design – opened up the rooms at the front of the apartment to create today’s large light-filled living, dining and kitchen space, and having all this natural light streaming in encouraged the couple towards a darker and more moody wall colour. 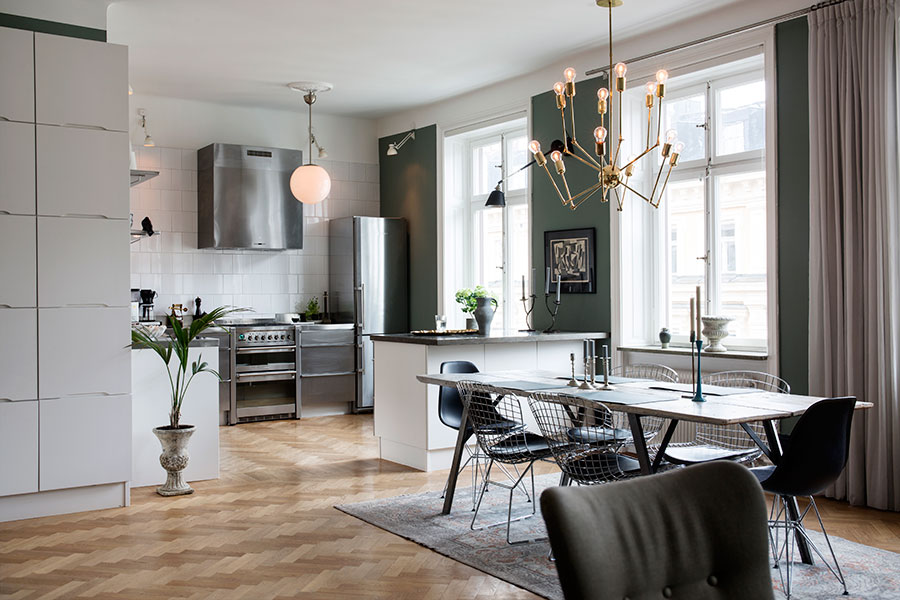 With the parquet flooring and the use of white in the kitchen, the feeling remains very light, but the use of a richer palette has given this space its identity. Sticking with Farrow & Ball, I’d be drawn to Green Smoke, which as the name suggests has a smoky grey undertone.

In the Elle Decoration feature, Emma mentions that the green used here looked almost black when tested on the walls for the first time, so I guess it’s wise to say: don’t rush to judge a colour on first try. Let it sit a while; watch the hue change with the light. A colour that initially seems too dark might, as here, turn out to be perfect as the light shifts. 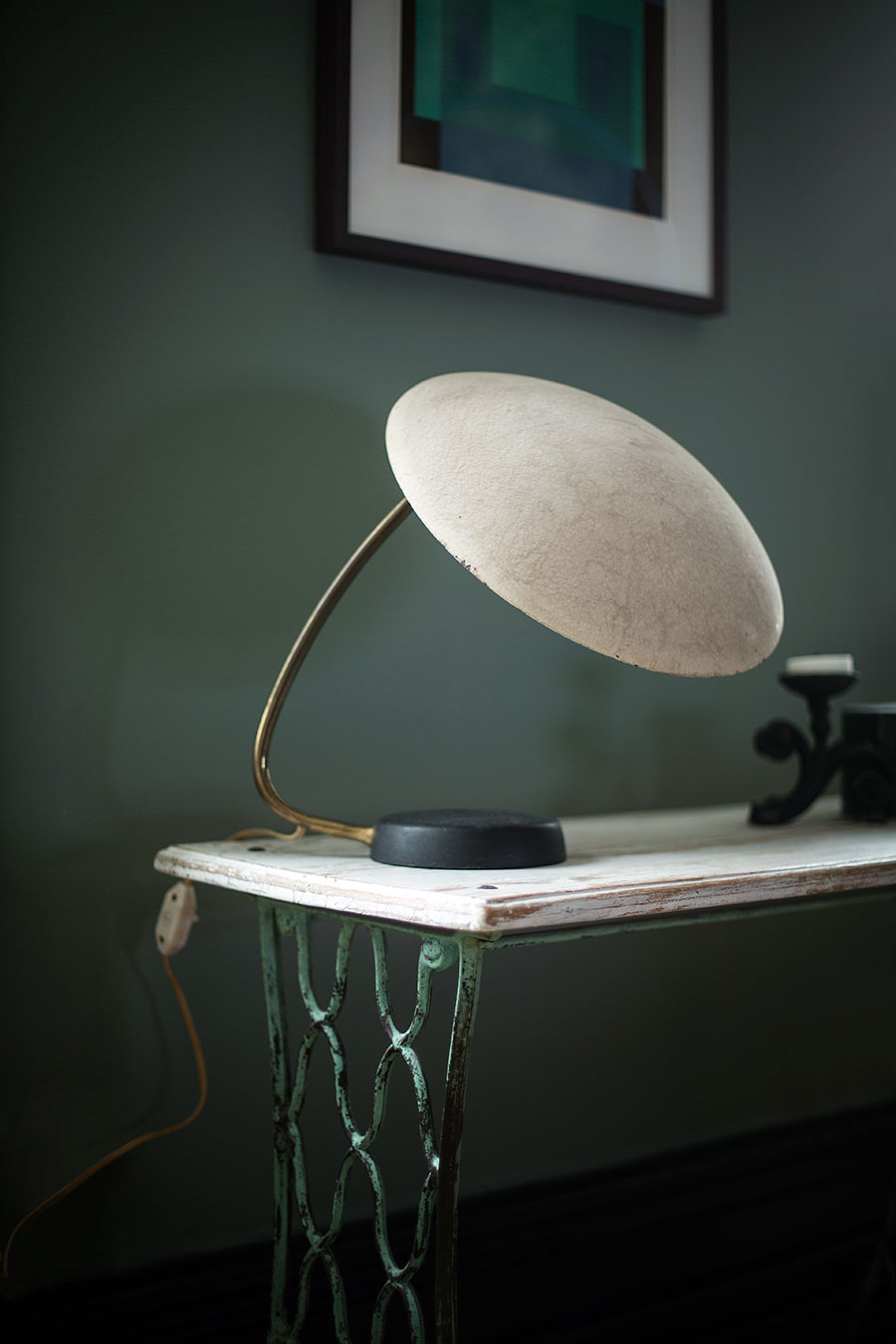 I also like this glazed partition detail below. Again the owners installed this to increase the sense of flow when moving around the apartment.

Does this space leave you in a green mood too? 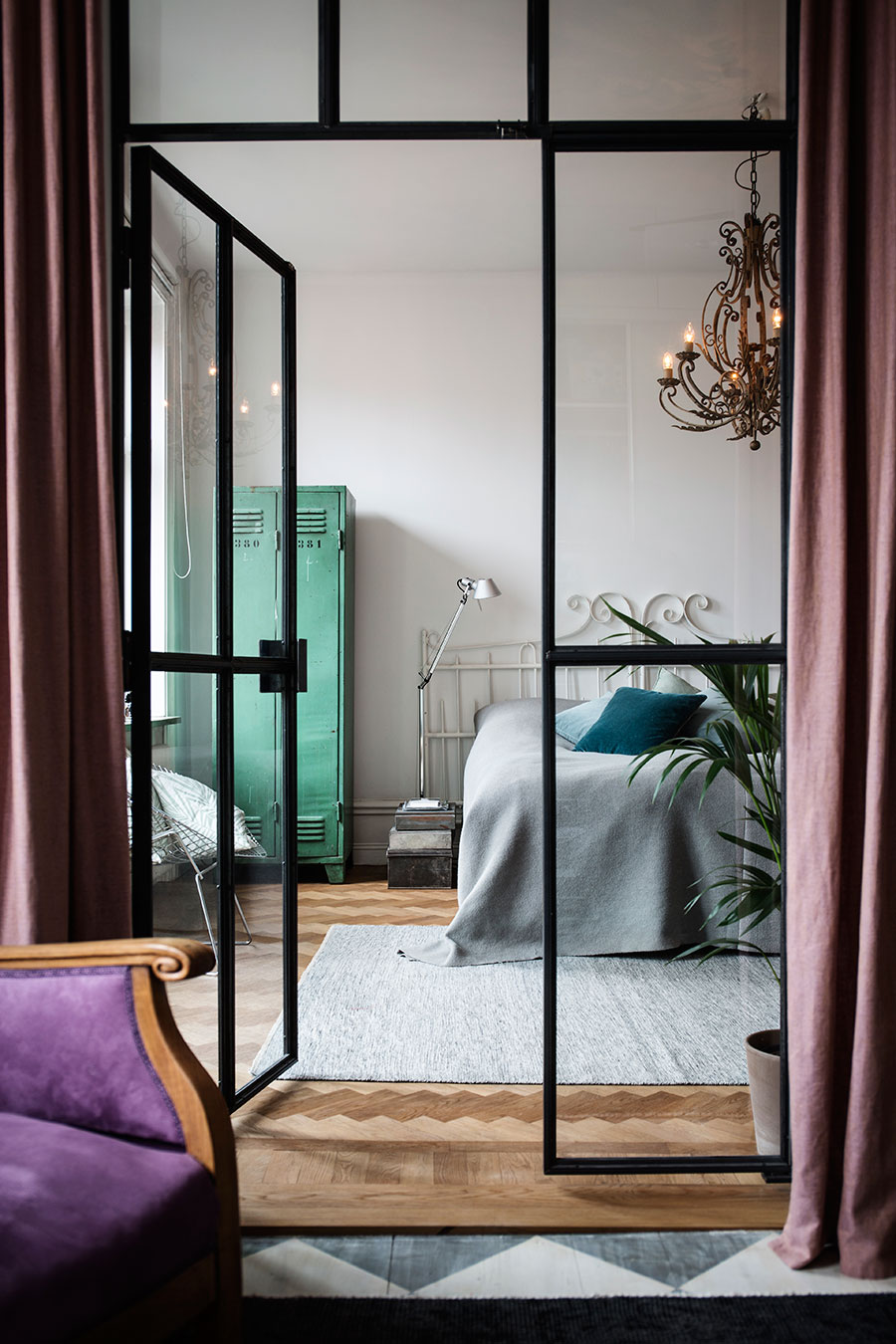 Via Elle Decoration with photography by Johan Sellén.