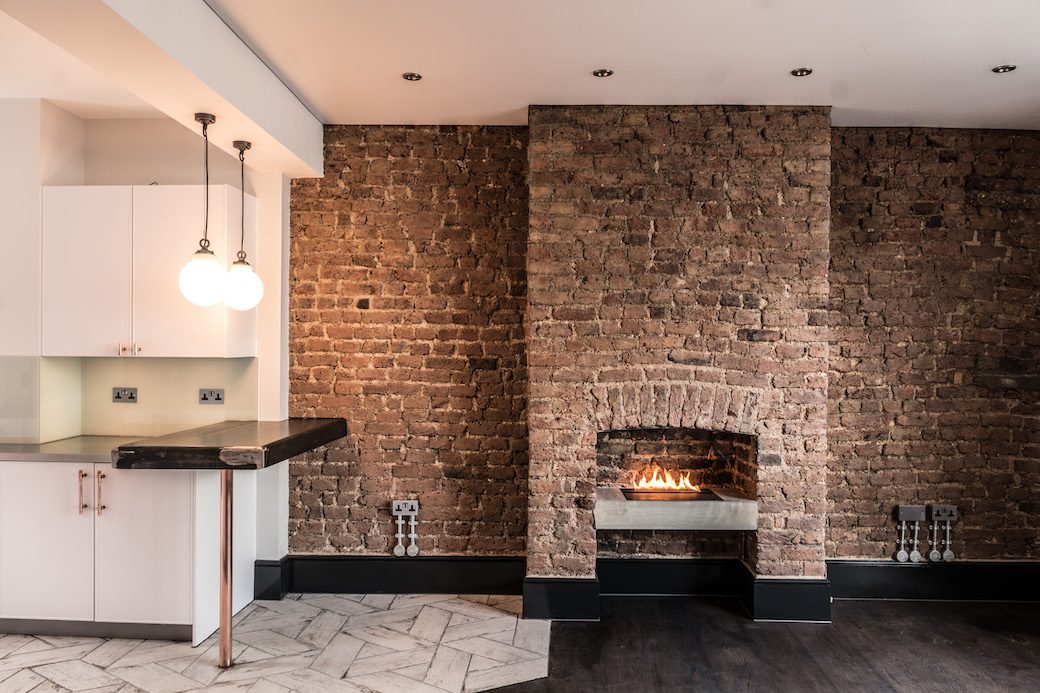 Okay, quiz time. What date was the film Notting Hill released: was it 2005, 2002, or 1999? Why am I asking this? Well, because I can’t believe that the correct answer is… a whole 18 years ago and in a different century! If you’ve watched the film, you’ll remember the Travel Bookshop that was owned by Hugh Grant’s character – the scene of the famous “I’m also just a girl, asking a boy…” line. All of which brings me to this apartment – the flat above the shop – that has been redesigned by the Notting Hill-based Cubic Studios.

This flat on Blenheim Crescent was home to the Travel Bookshop’s real owner for over four decades, and Cubic Studios took on the challenge of reimagining the 1,100 sq/ft of accommodation, which is part of a terrace of traditional London brick properties constructed over the past 150 years. Key to this was the desire to create a more open and flowing space, and to bring as much light into that space as possible. 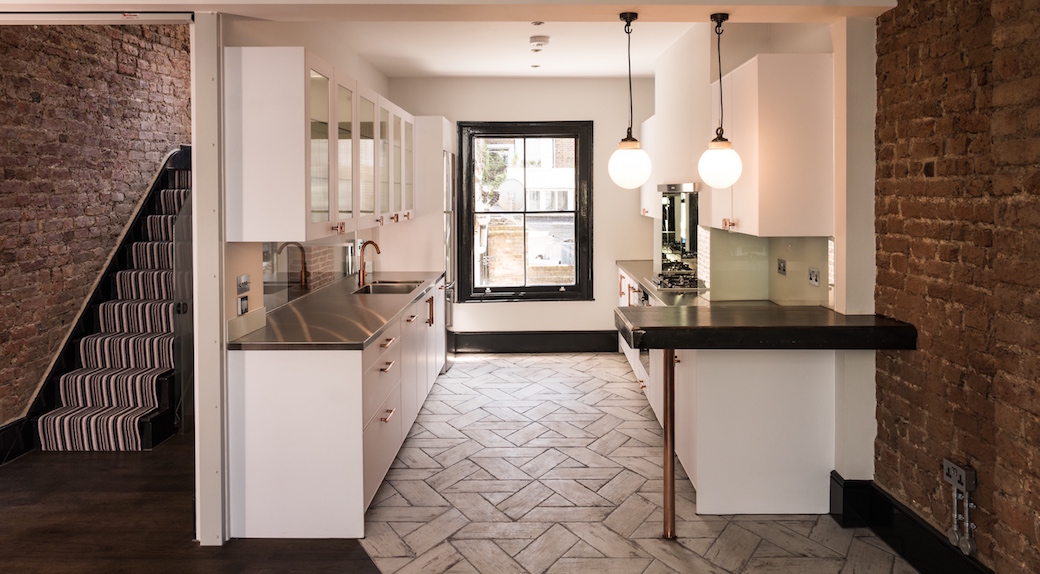 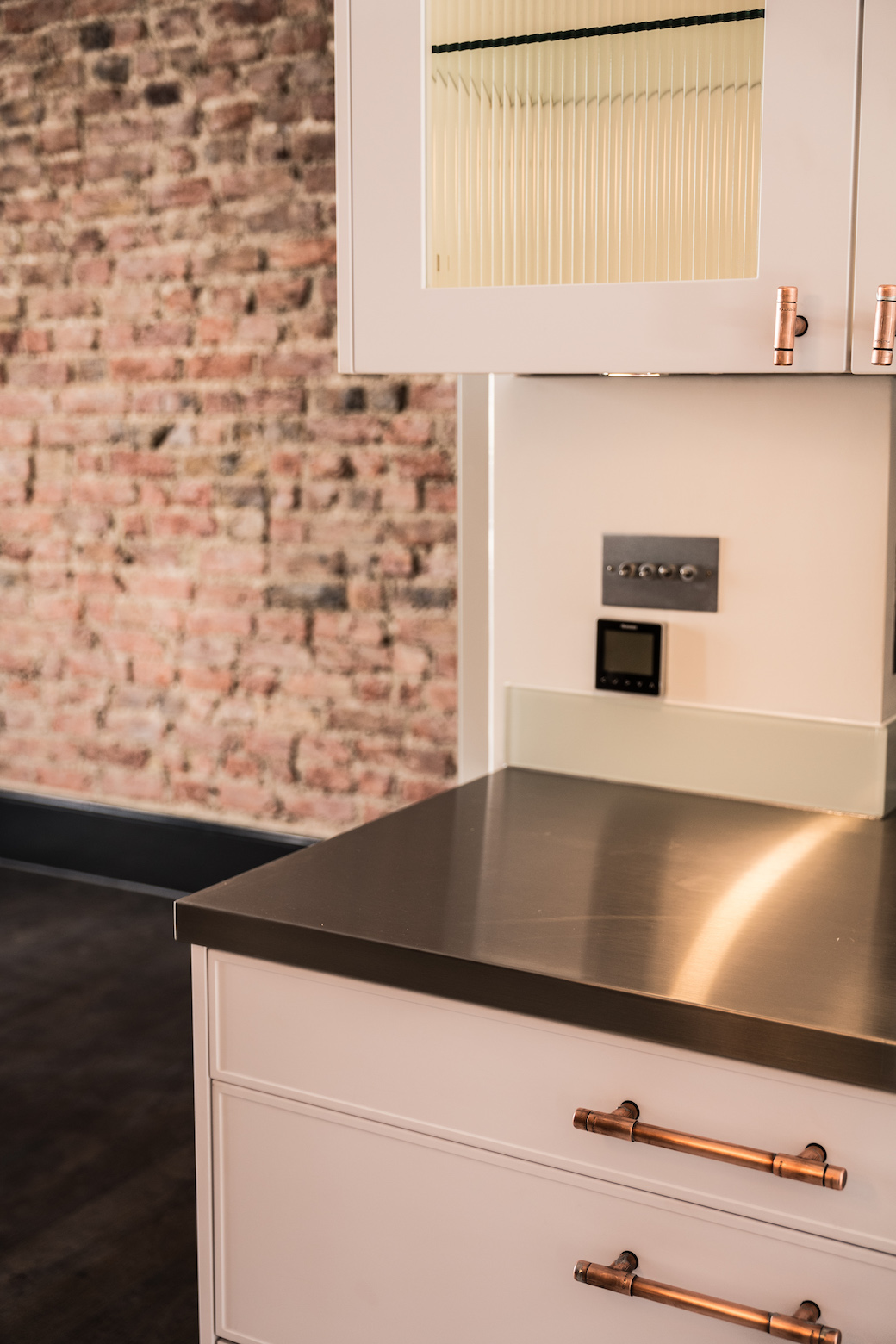 Cubic used the flat’s unusual elevations and historical features, reconfiguring the first floor plan from its original layout of three rooms into a living space and ensuite bedroom, separated by the staircase. By opening up the majority of the partition walls and making two rooms into one to span a single cooking, dining and living zone that extends across the full width of the building, natural light now flows through the space.

The areas are defined by a change in floor material, shifting from the deep-stained and polished wide timber boards in the living and dining area to oversized parquet-style tiling in the kitchen. The same flooring design has been used both in the first floor bedroom and bathroom, and again in the second floor master bedroom suite.

For me, one of the most striking features of this home is the way the original character of the building has been incorporated into this newly contemporary space – and particularly the areas of exposed brickwork, which are played off against the sleek polished plaster walls and bespoke cabinetry. 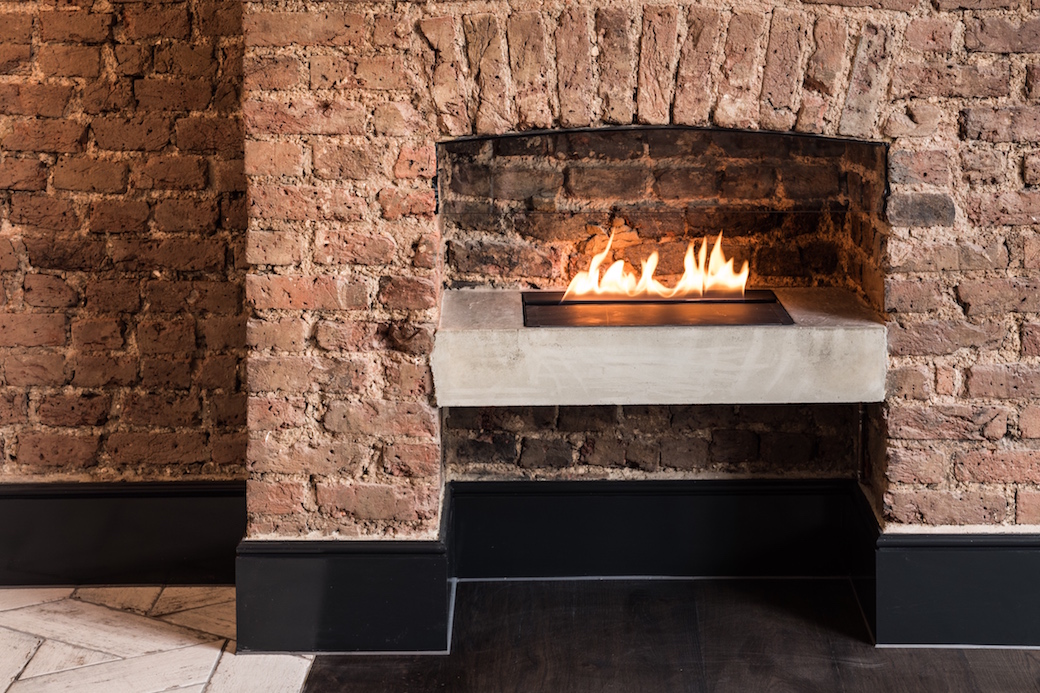 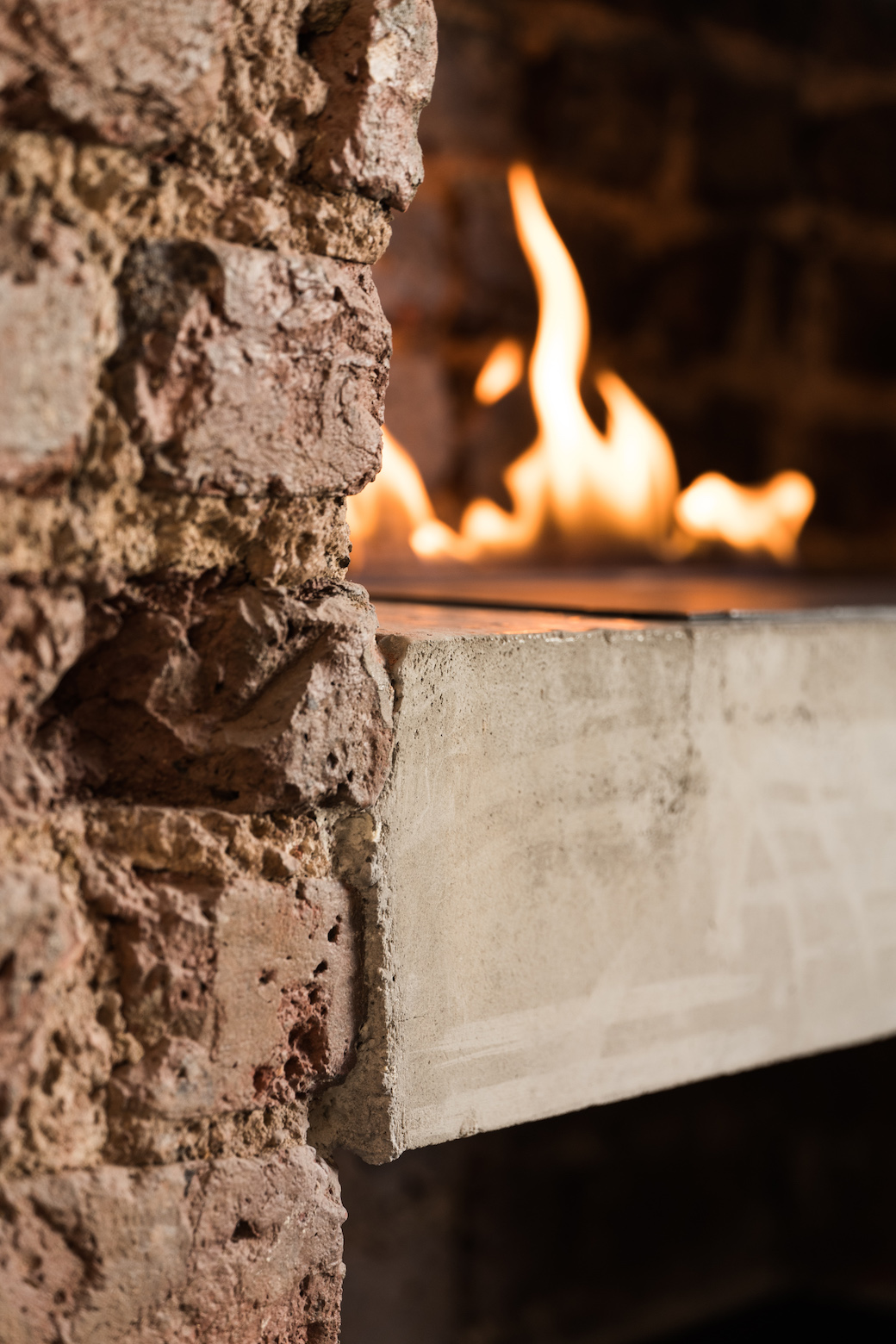 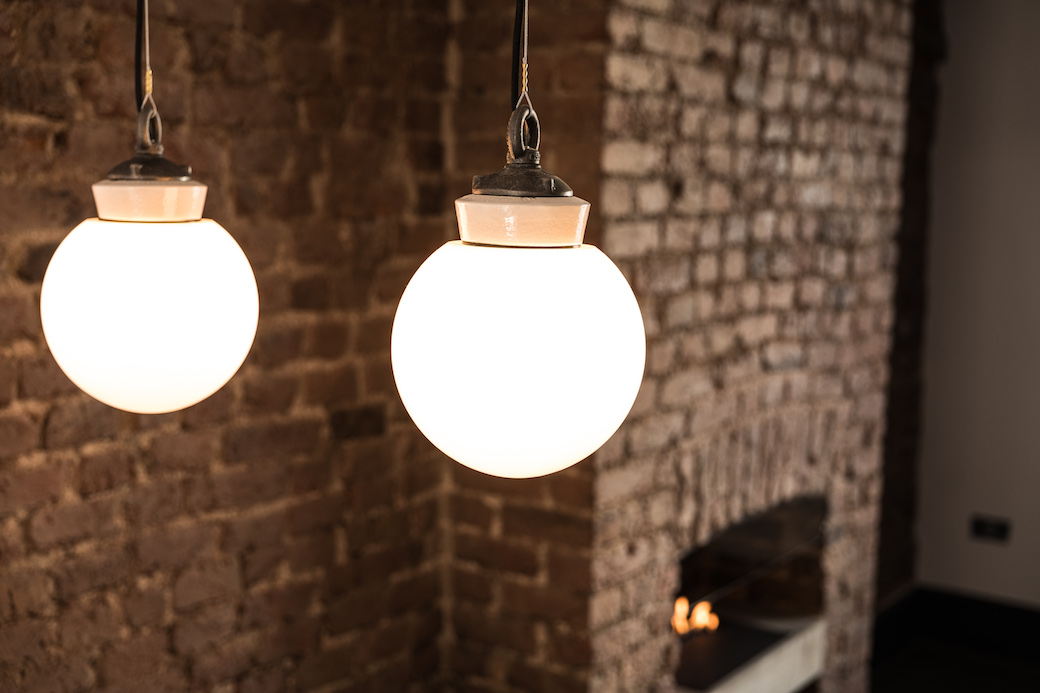 Cubic also incorporated some clever design features that enhance the light and sense of connection. As you head upstairs, an elongated glazed panel gives you a surprise view into the kitchen – like a window where the splashback would be. The kitchen itself includes custom made copper piping handles along with a copper tap, and with riveted copper edges around the solid wood breakfast bar. 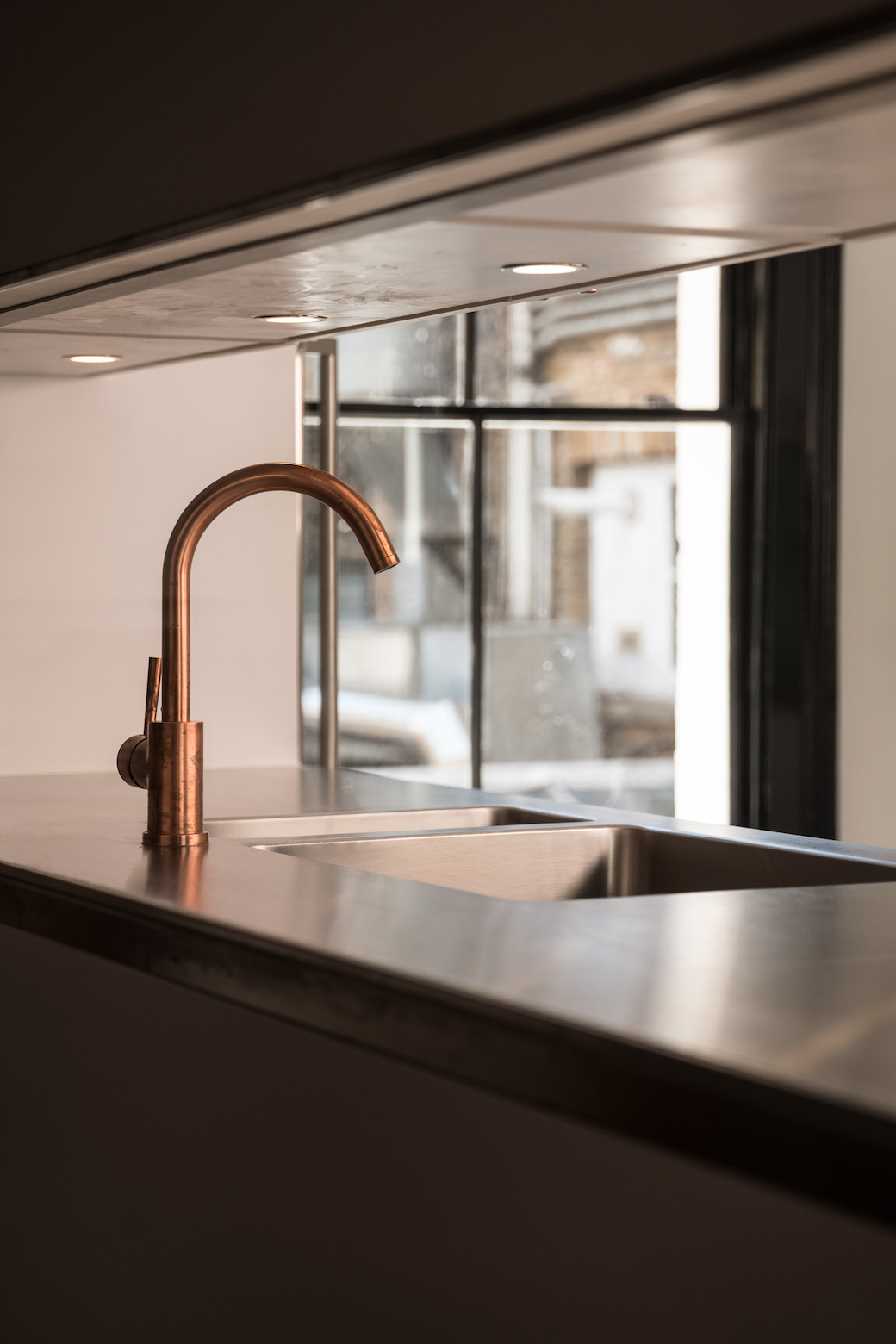 The main bedroom sits at the top of the flat and again spans the building with natural light streaming in. Everything is bespoke here, including the fittings and furniture, while the exposed copper pipes and taps in the bathroom – love this touch – are echoed in the copper handles designed for the cabinetry. And just look at the fireplace here – as in the main living space below, a working fireplace sits atop a piece of rough hewn concrete, creating a wonderful juxtaposition with the rugged brick wall. 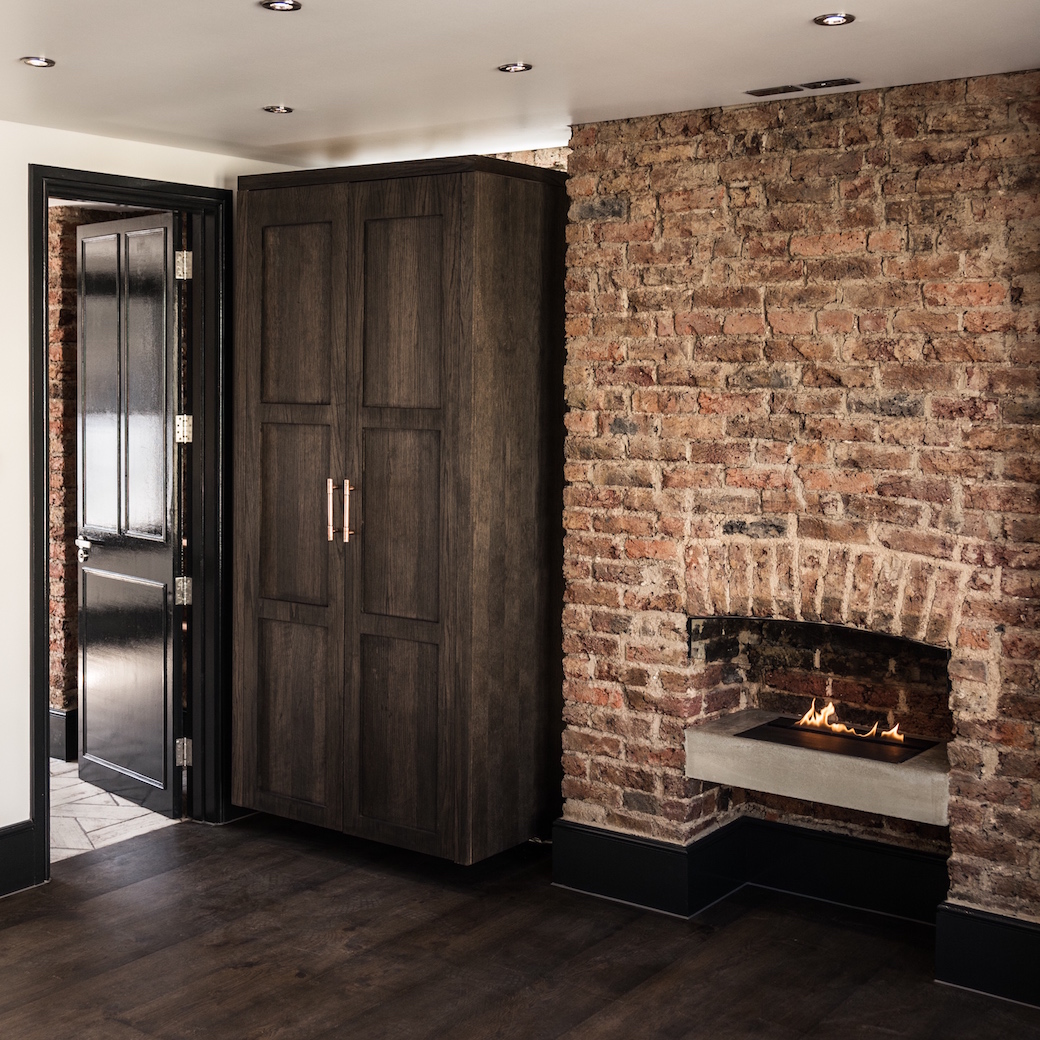 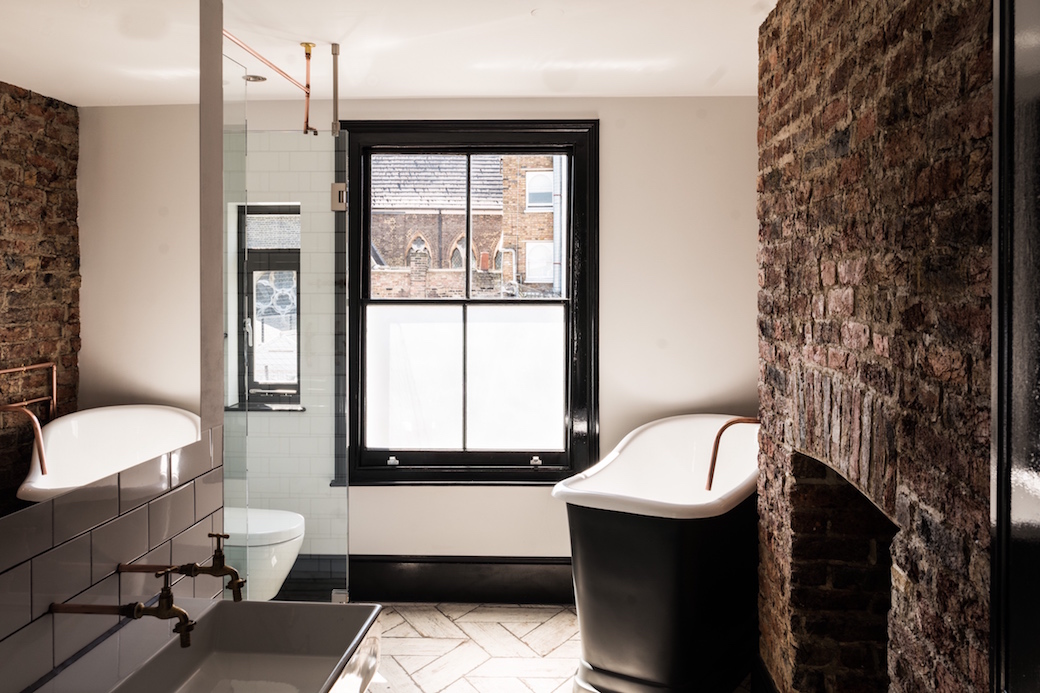 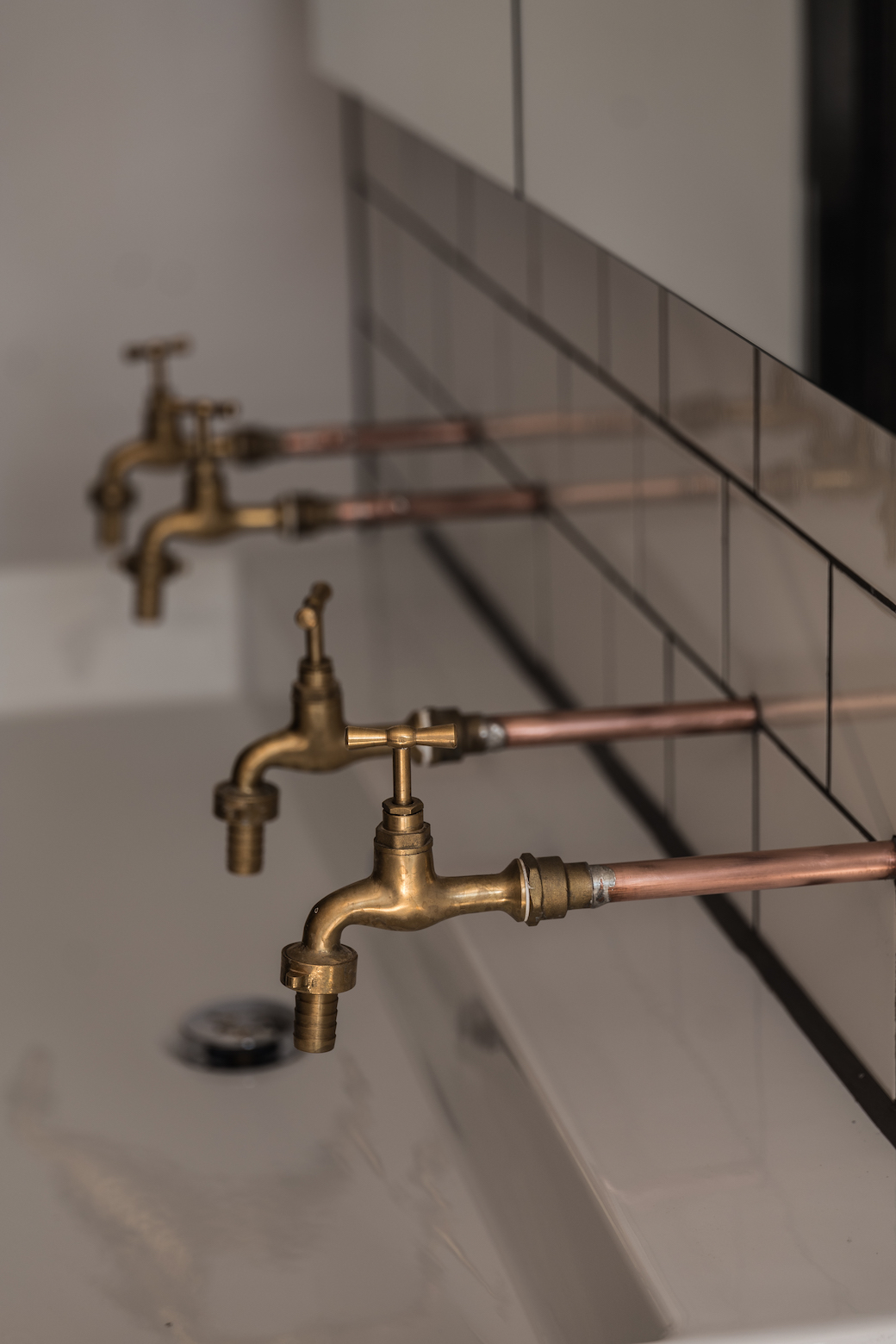 New light wells and window elevations, along with revised door angles and the addition of glass balustrades, enhance the way the light flows through this space. While the colour palette is restrained, there’s so much warmth and drama from the interplay of materials, alone. Inspiring, right? 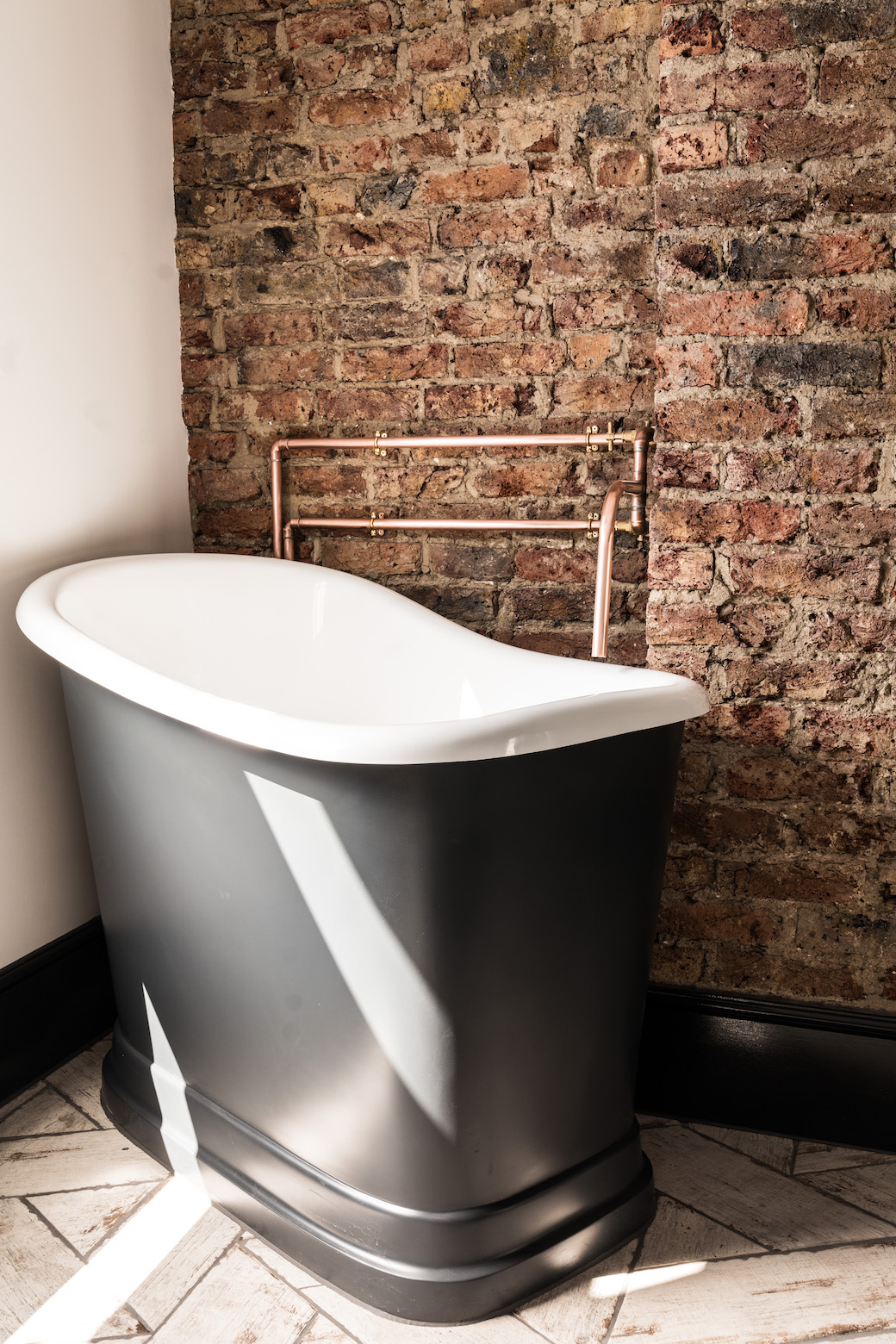 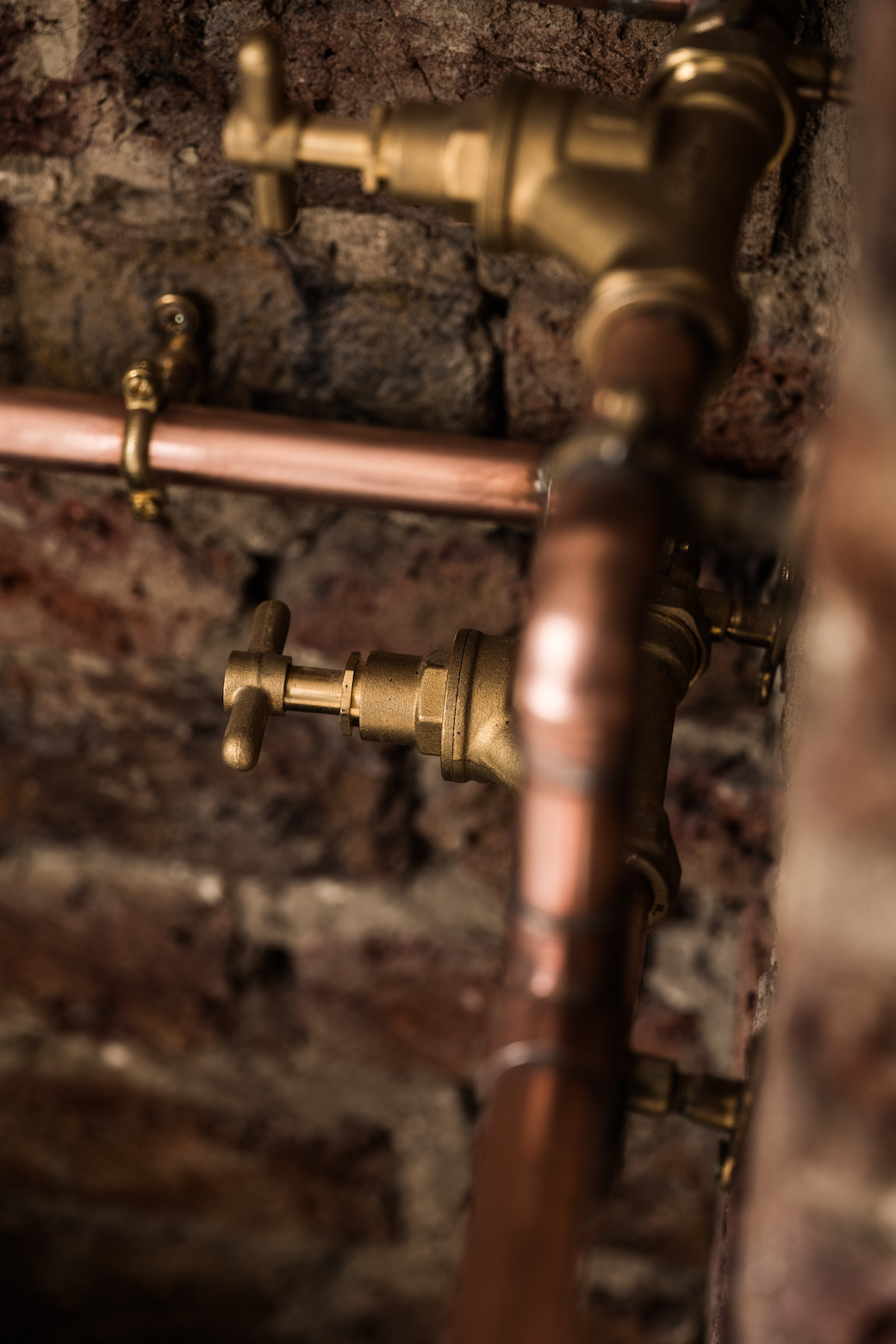 All photography from Cubic Studios.