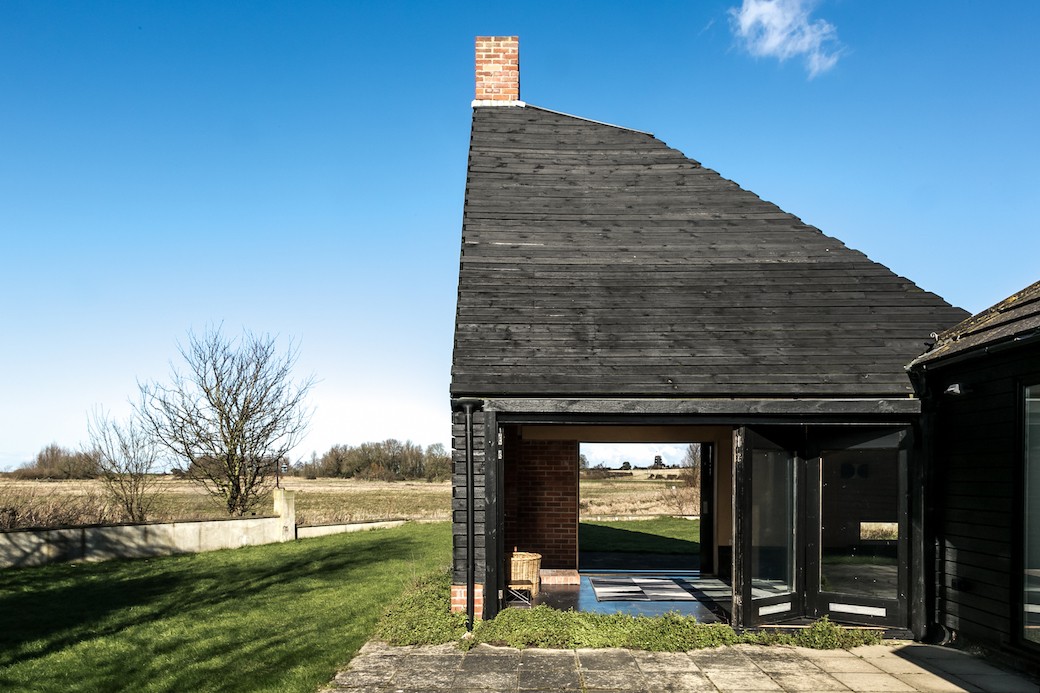 When I saw this house pop up on my Facebook feed from The Modern House I knew I had to share it. What is it about black timber houses that makes them so appealing? I’m clearly not alone in this fascination: if you search for ‘black timber houses‘ on Dezeen you’ll find a staggering 3,290 results.

This exterior of this three bedroom house just outside the town of Burnham Market in Norfolk has a combination of black-painted timber and brick, and according to the book The New Country Style: England (by Ingrid Rasmussen and Chloe Grimshaw) its striking form was inspired in part by the angular shape of the local Norfolk windmills. 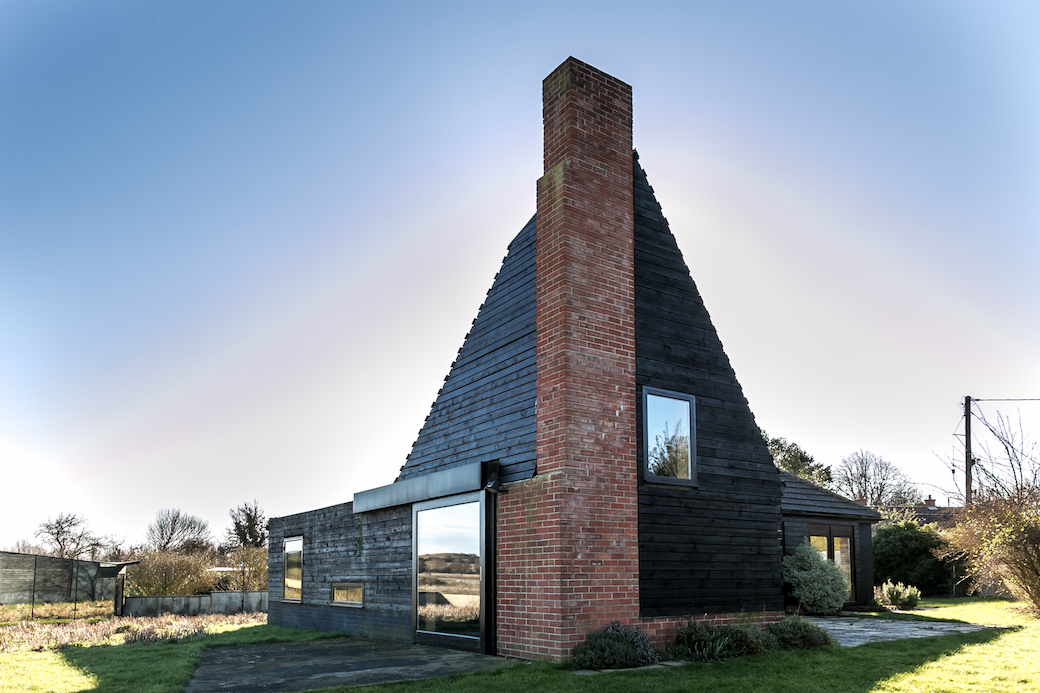 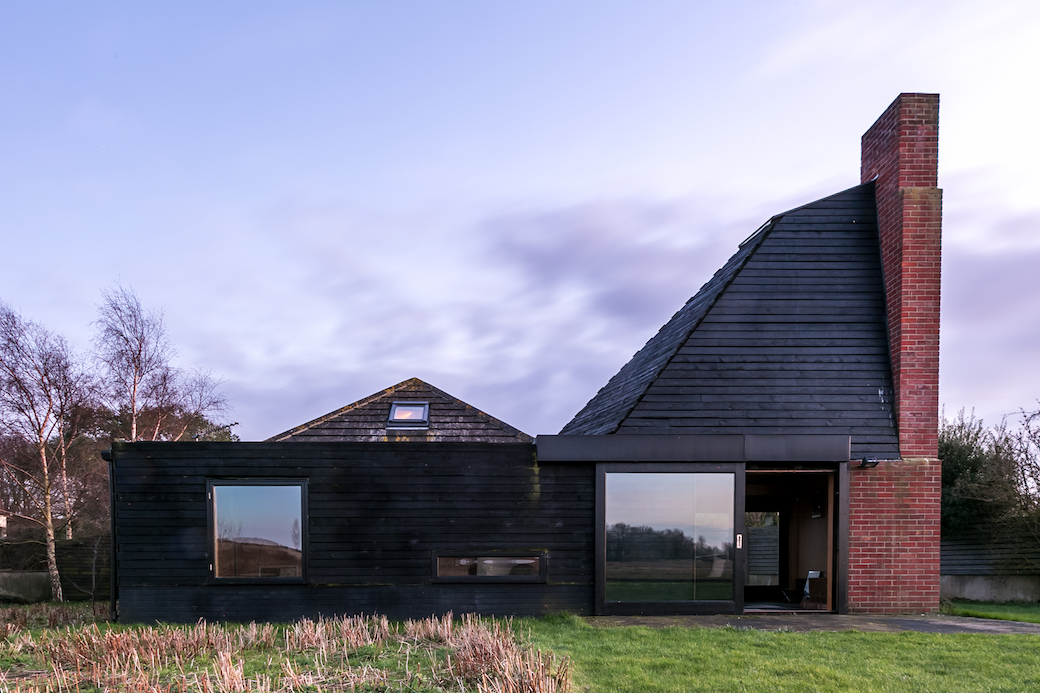 This house, by contrast, has been designed to make the very most of this location. Positioned at the end of a quiet lane past several bungalows, this site was also once home to a 1950s bungalow. The existing house was remodelled and extended in 2002-03 by Patrick and Claudia Lynch of Lynch Architects, who write on their website: “Our project comprises the demolition of a bungalow and the reconstruction of parts of this building within a new composition of fragments in the landscape… The bungalow had been built from a pattern book of designs, applied by a builder to a regularly divided plot of land, and took no account of the setting.” 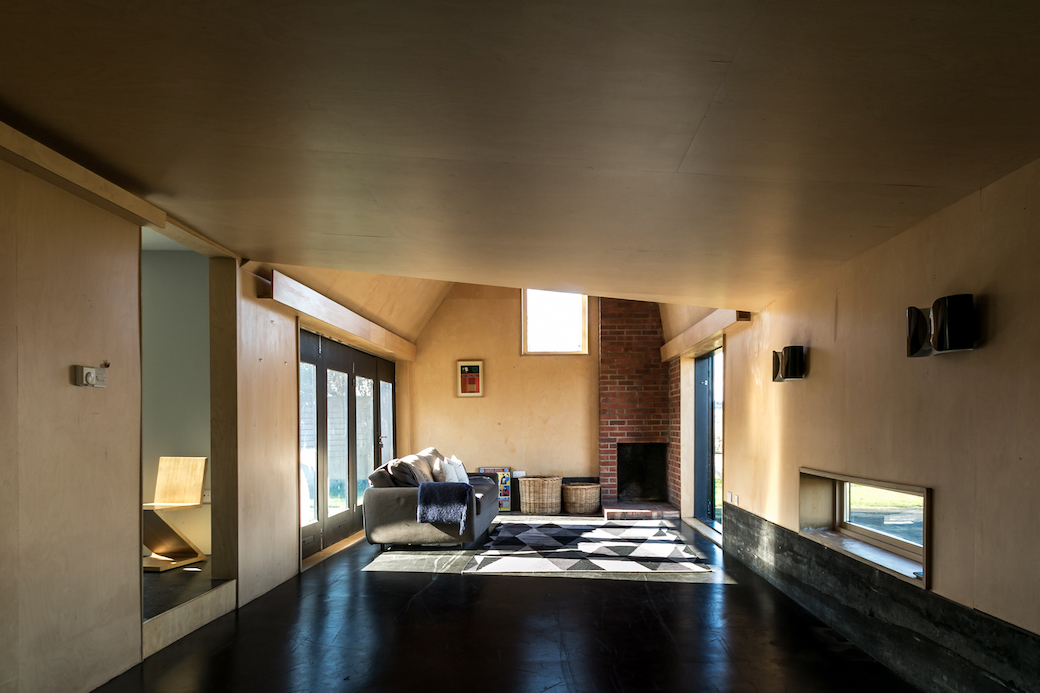 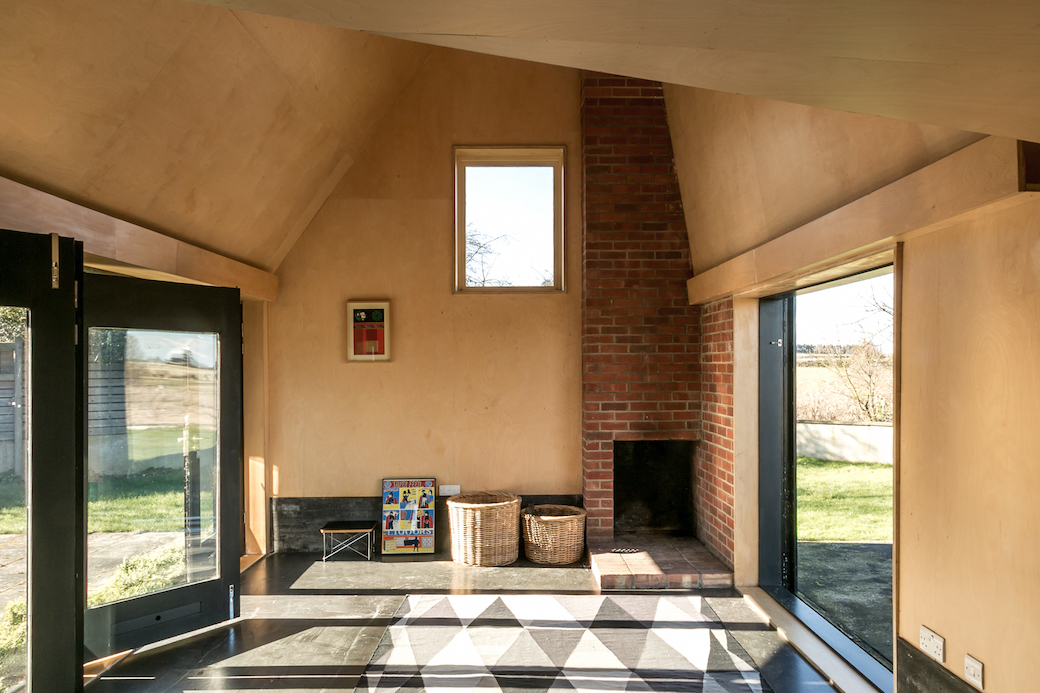 Marsh View has a fantastic position on the North Norfolk coast, within an Area of Outstanding Natural Beauty offering open views across the countryside, and the architects have drawn in those vistas and connected the house with its location at every opportunity. The living room at the rear of the house spans the width of the building. One half of this space is almost entirely glazed on both sides, with long views to a water meadow that leads down to the salt marshes, and to a windmill. With the sliding doors opened on warmer days, the landscape becomes an extension of the house. 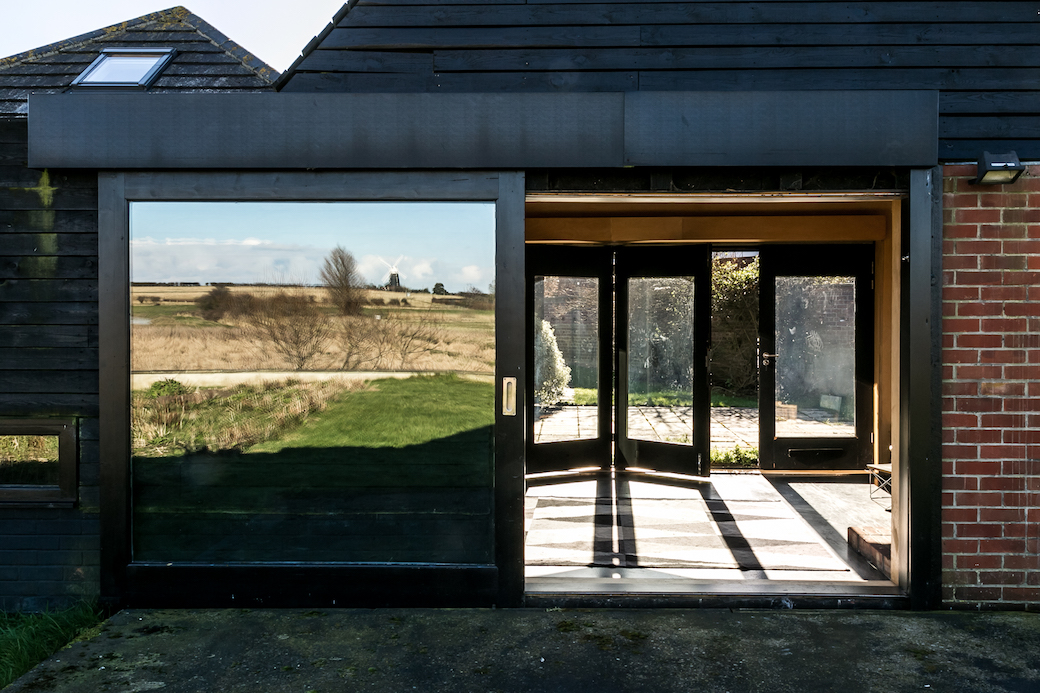 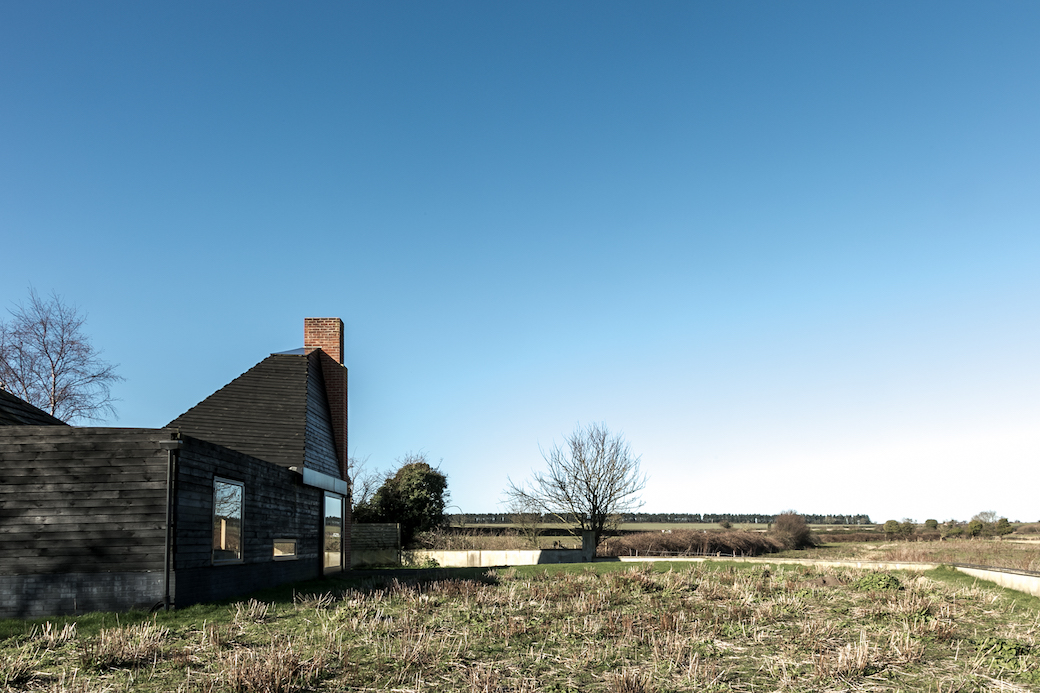 The interior is clad in birch plywood, a finish that gives these spaces a tactile and cabin-like warmth, while the floors are made from poured black concrete with underfloor heating. The double height living space features a 7.5 metre-tall chimney in brick, with a skylight at the top, which has been designed so that the moon casts shadows into the void while offering a view of the starry night skies. 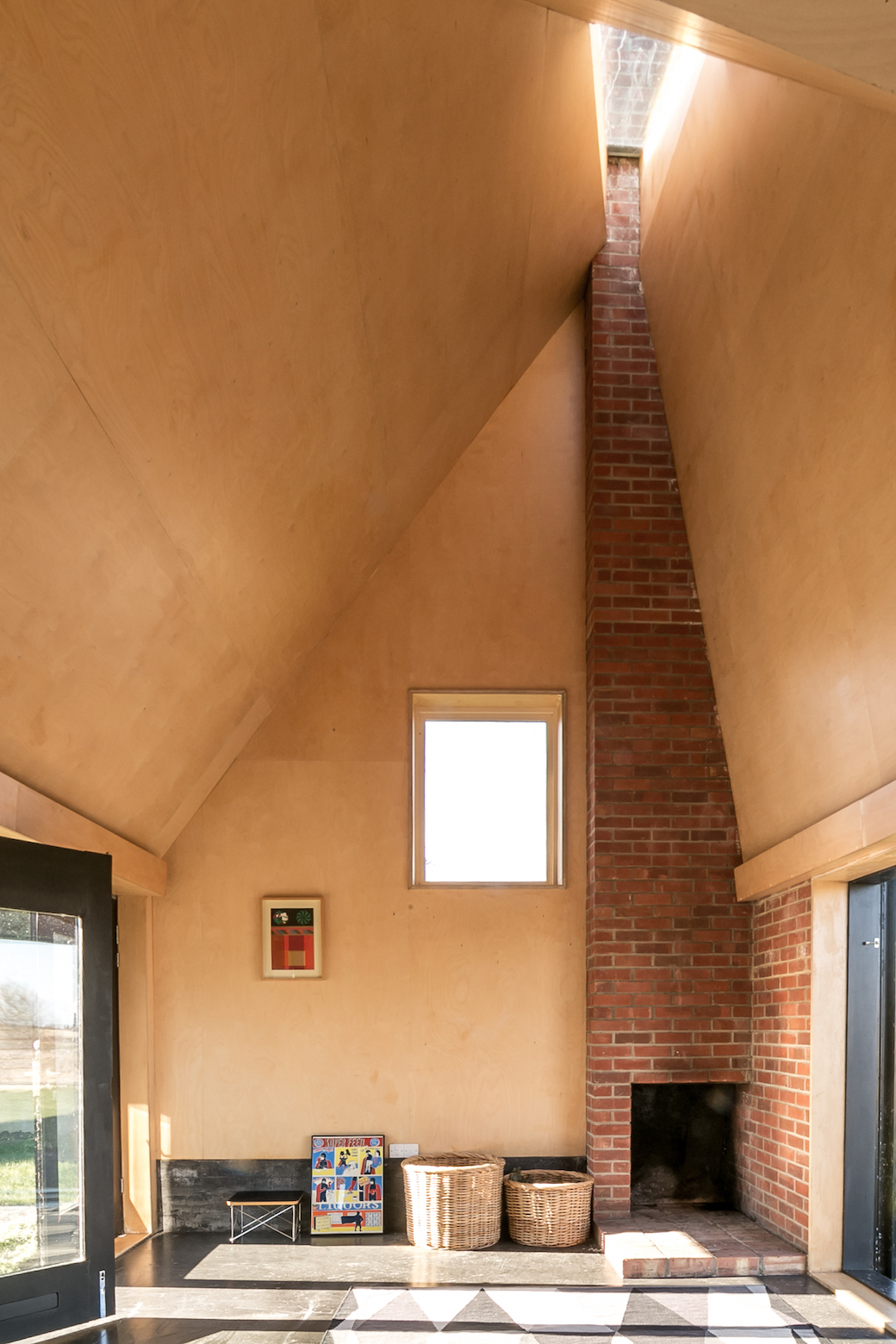 The kitchen sits at the front of the house and leads into a dining area, and in turn into a larger room that’s currently used as a study. Again, glazed double doors open from this dining area into the garden, further enhancing that indoor-outdoor flow, while the restricted palette of materials also helps create the internal flow of space as one zone simply merges into the next. 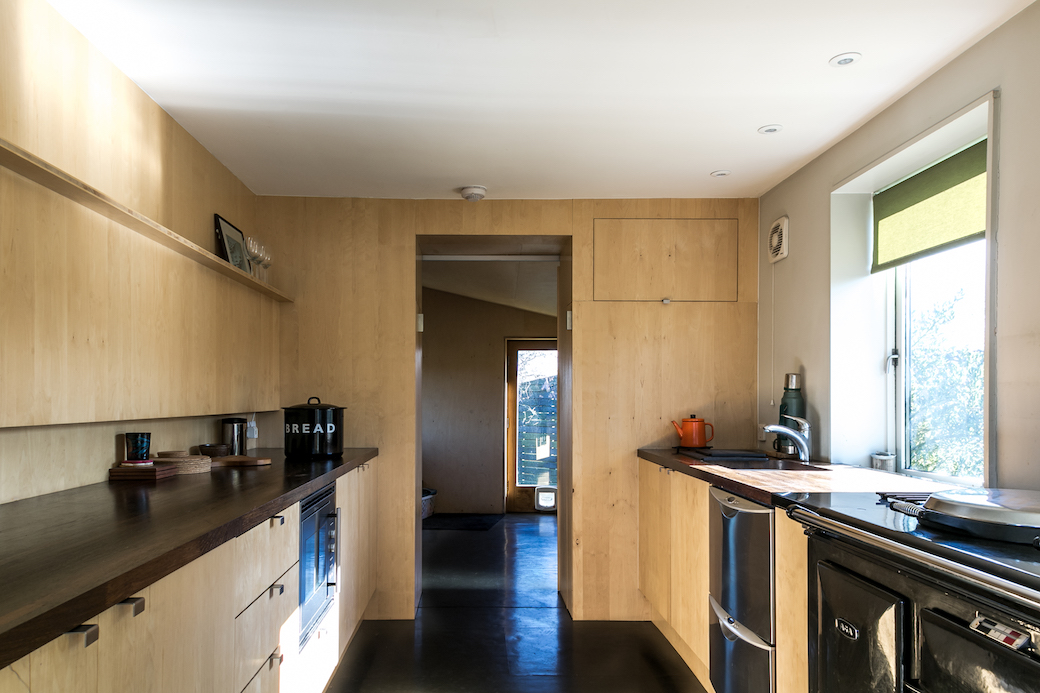 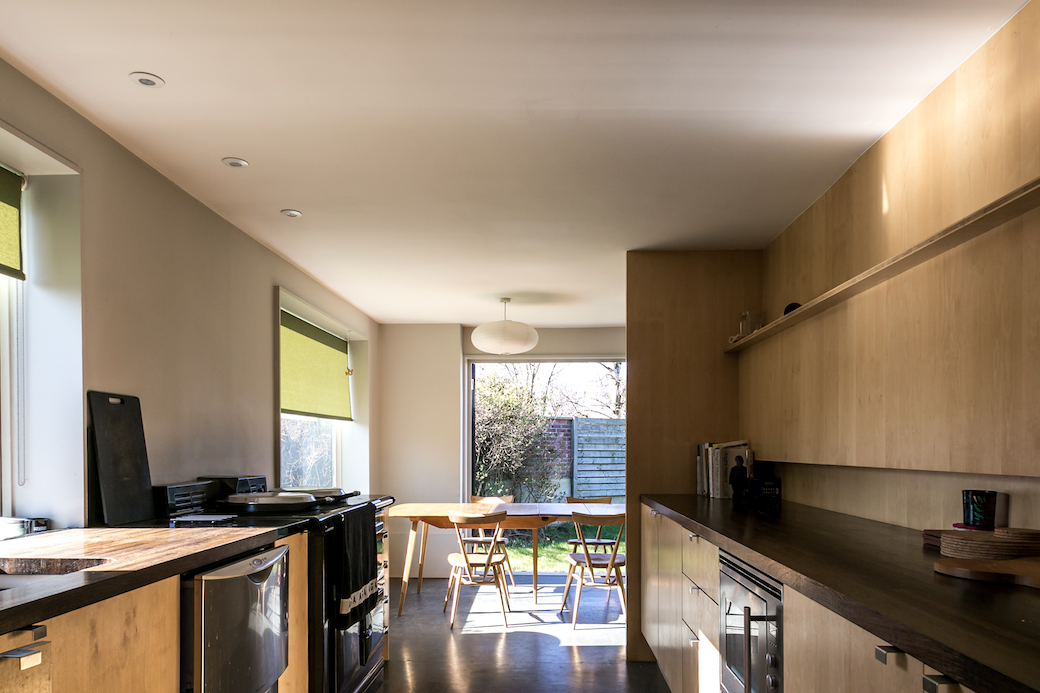 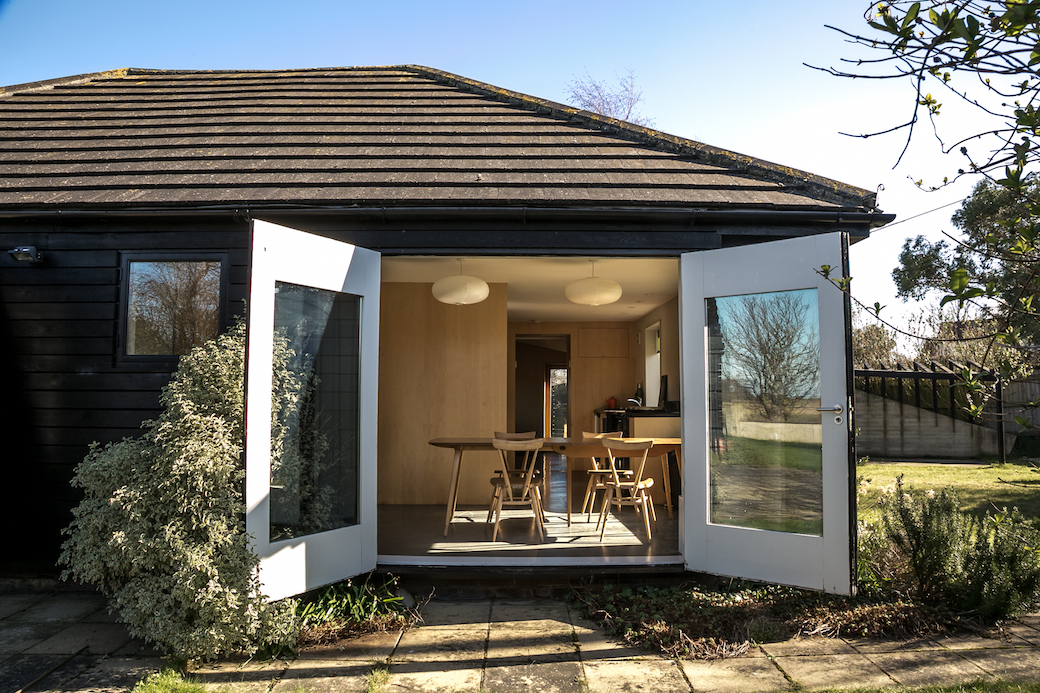 The house has three bedrooms: two on the upper floor, beneath the pitched roof, with the main bedroom downstairs. Here, large sections of mirror have been used to reflect the light around the space, while giving glimpsed views into the en-suite. 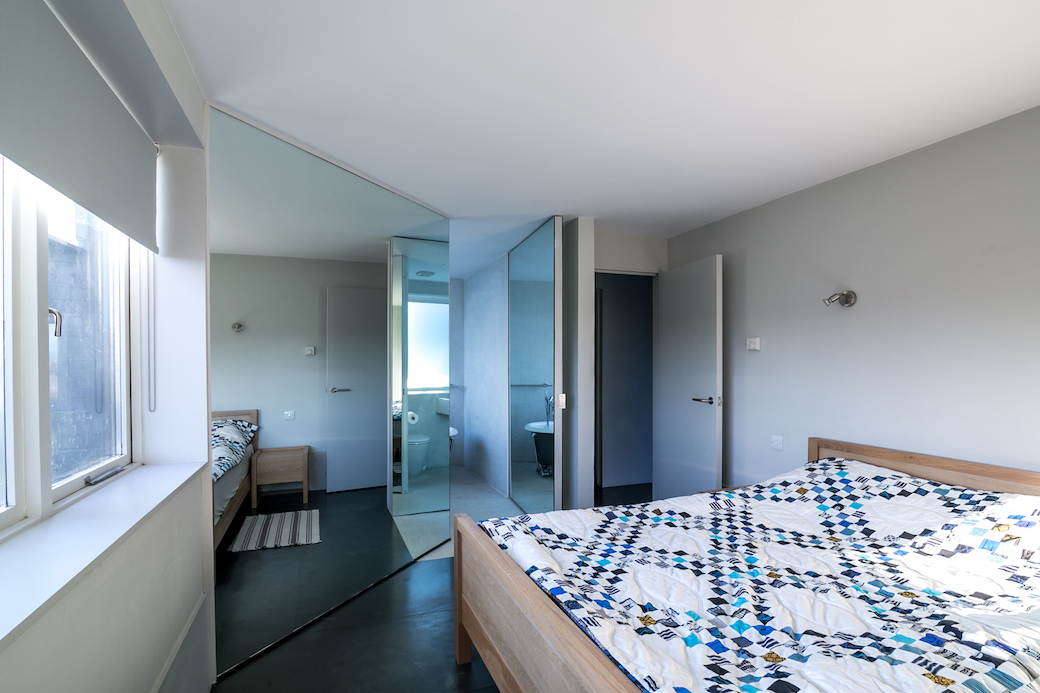 I’m drawn to the quiet moments in this house: the way the light plays on the plywood walls, creating a softness and warmth to the interior. From outside, with the tall brick chimney punctuating the black exterior like an exclamation mark, this house looks dramatic, but internally the aesthetic is quiet and understated, albeit with moments of drama. 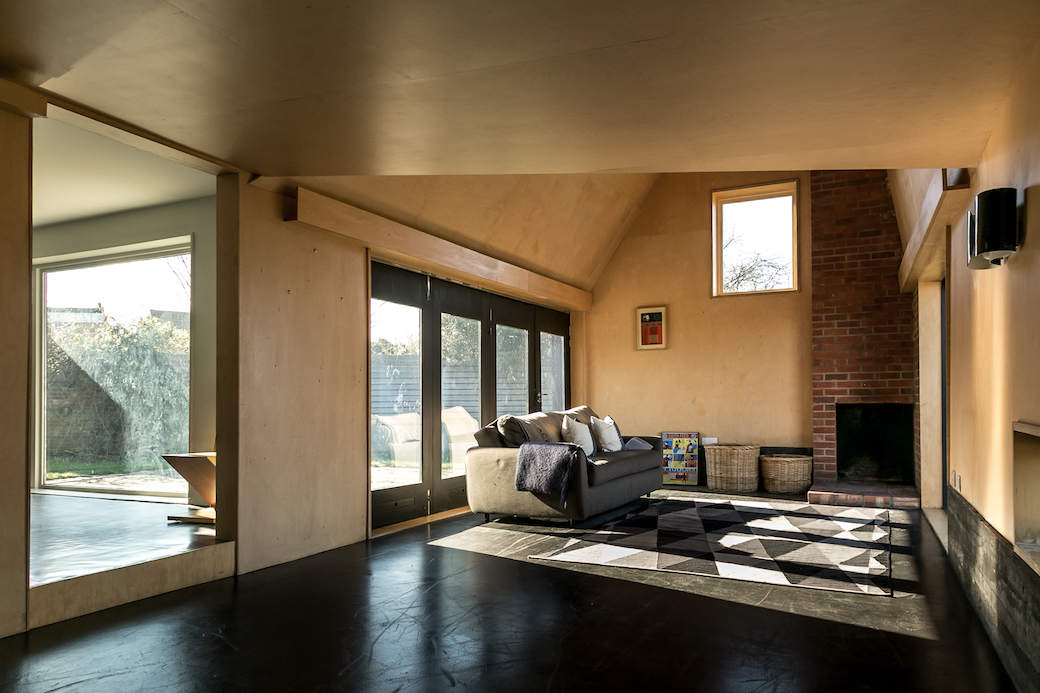 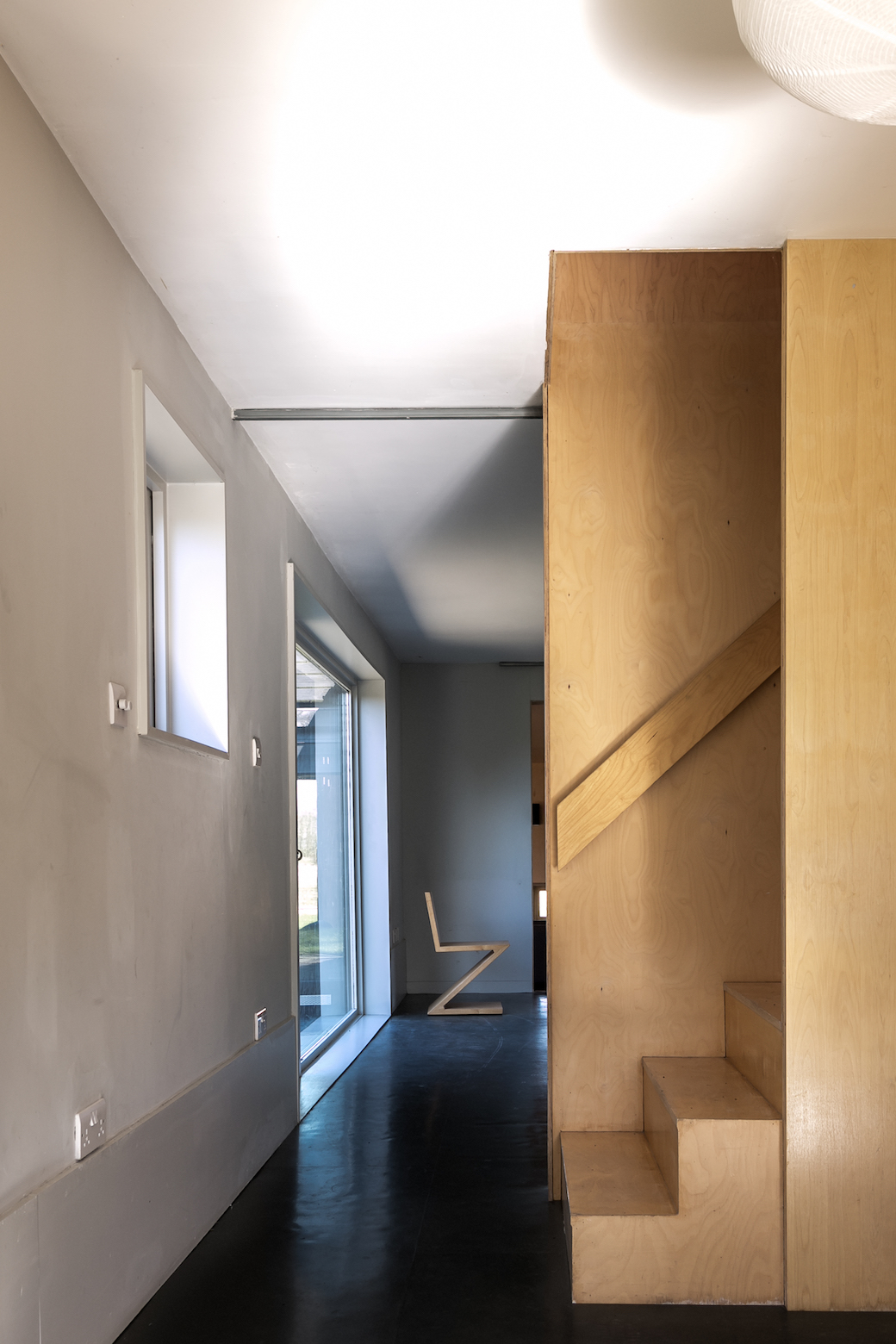 Lynch Architects returned to the house in 2008 when they added a mirrored studio building and a car port. Again, the mirrored studio is a striking response to the location as it simply reflects its setting while also drawing in the views. It’s an inspired addition to this inspiring home. 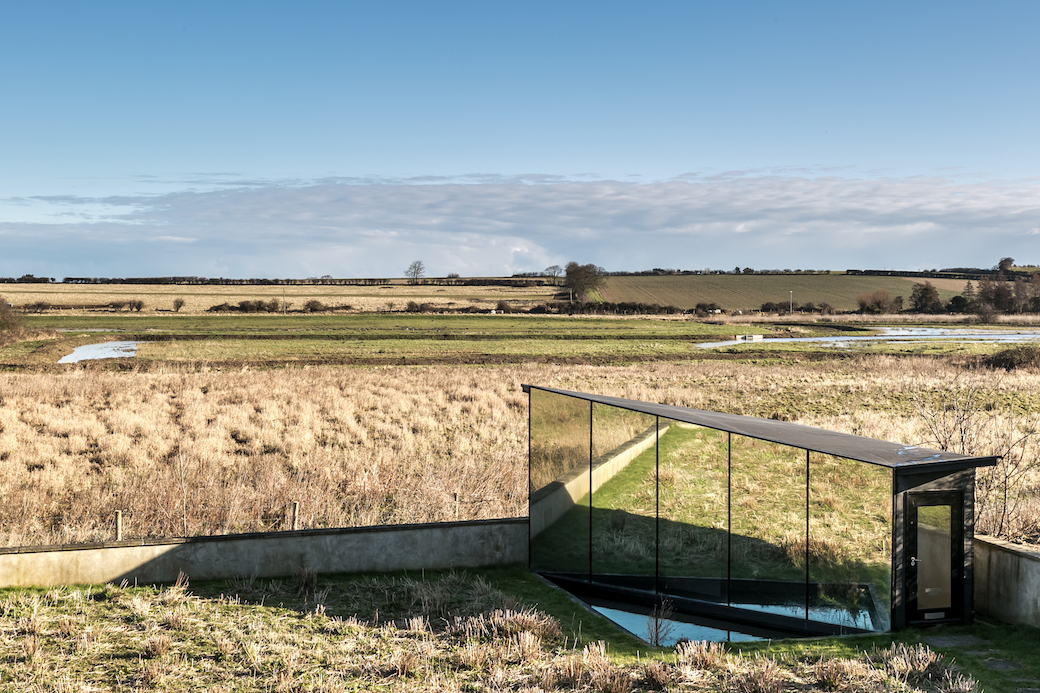 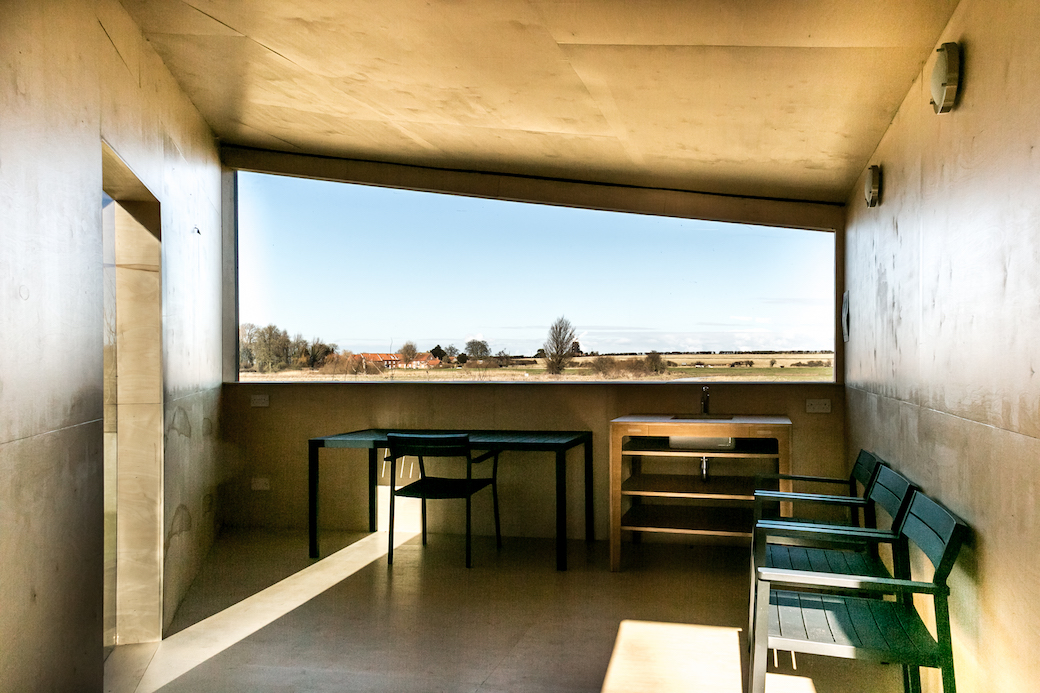 Marsh View is now on the market with The Modern House.