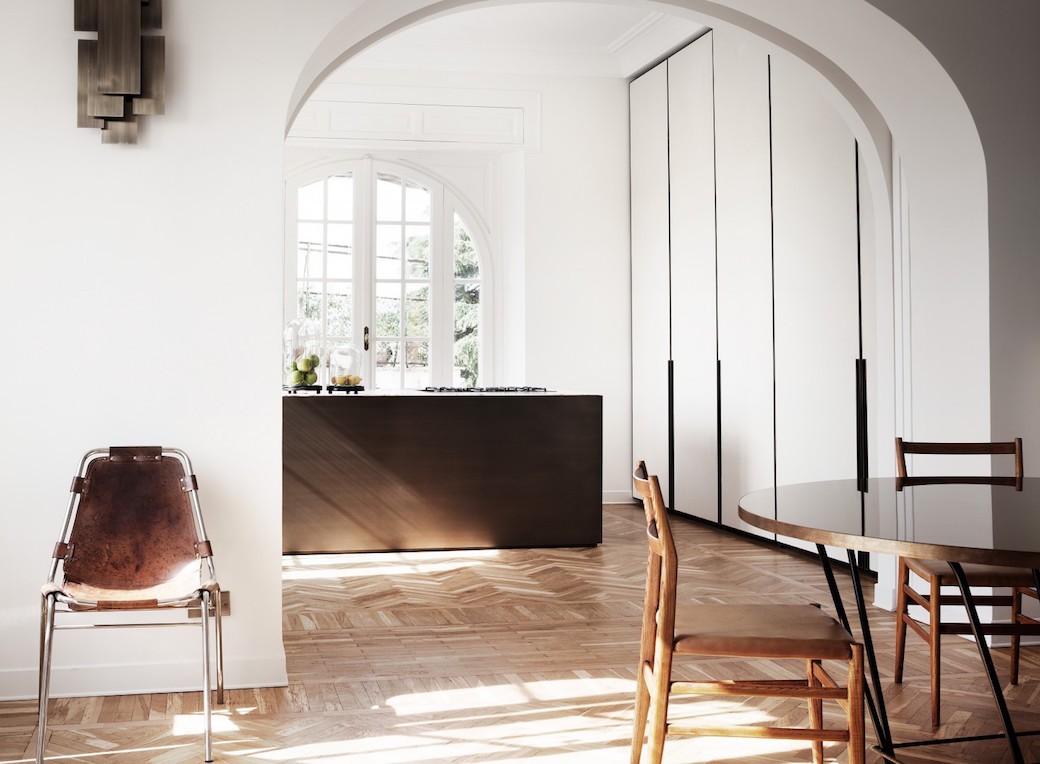 Do you ever see a photo that keeps cropping up on Pinterest or Tumblr, but you don’t know where it’s from? That was the case with the photo with the geometric shelving below, an image that I kept seeing, but never in context until I came across this apartment in Rome, which was designed in 2014 by Quincoces Dragò & Partners.

This has to be one of the most elegant interiors I’ve come across of late. The design scheme highlights the original features, including the arched windows and the herringbone parquet flooring, while creating a retrained backdrop that offsets the beautifully chosen range of furnishings, including design classics by Charlotte Perriand, Vico Magistretti, and Flavio de Carvalho – Carvalho’s FDC1 Armchairs, designed in the 1950s, feature in the living space below. 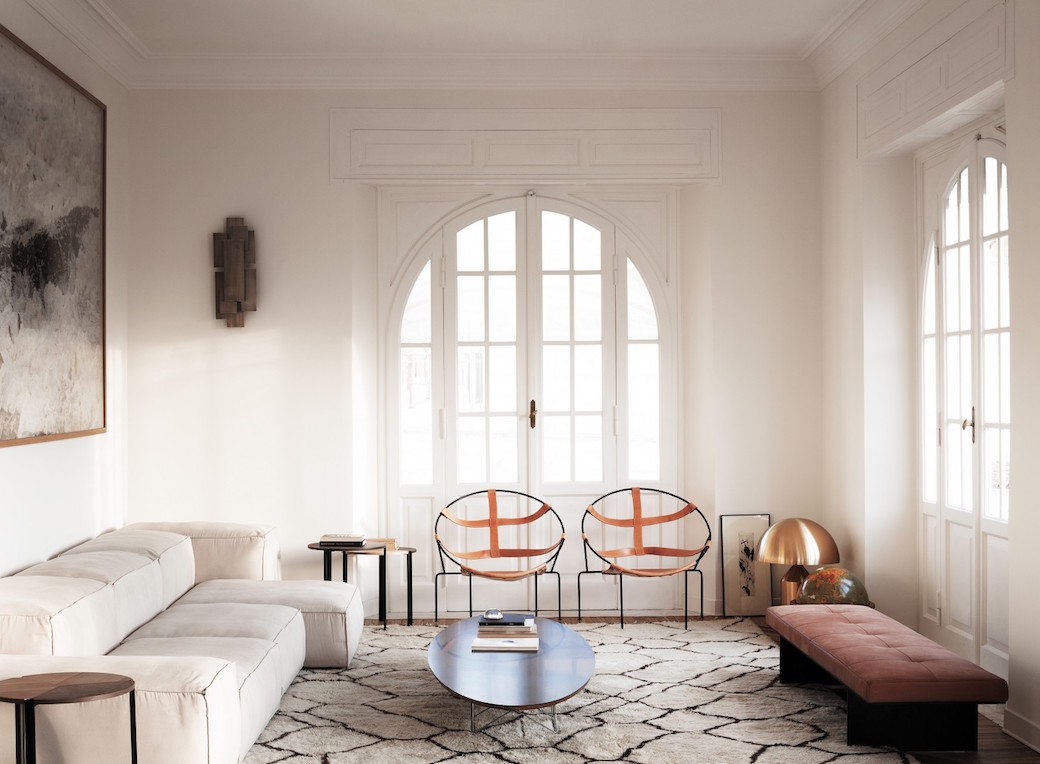 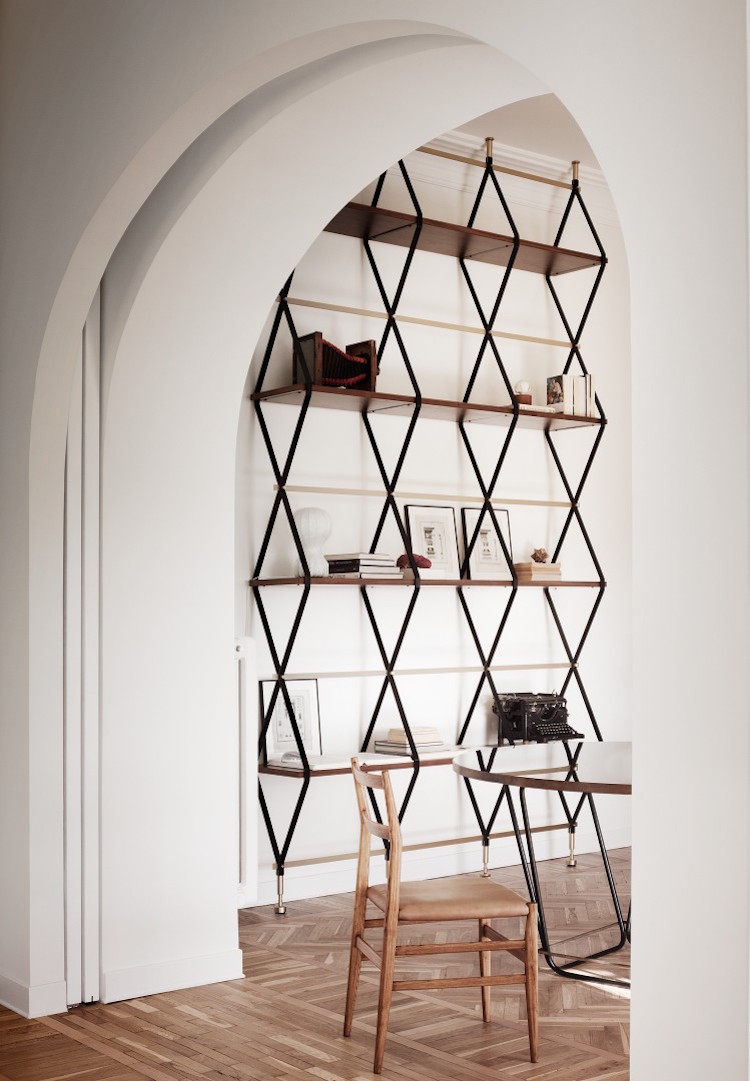 The apartment was designed for a young couple. Originally, the layout was different with two bedrooms and a small bathroom, and the designers changed the interior to create more private living space – still with two bedrooms but also with a large walk-in closet and two bathrooms – while retaining a large living and kitchen area. Storage was concealed behind custom-made white cement resin cabinets featuring brass handles. This is an interesting detail below where one ‘cabinet’ opens to reveal a spiral staircase. 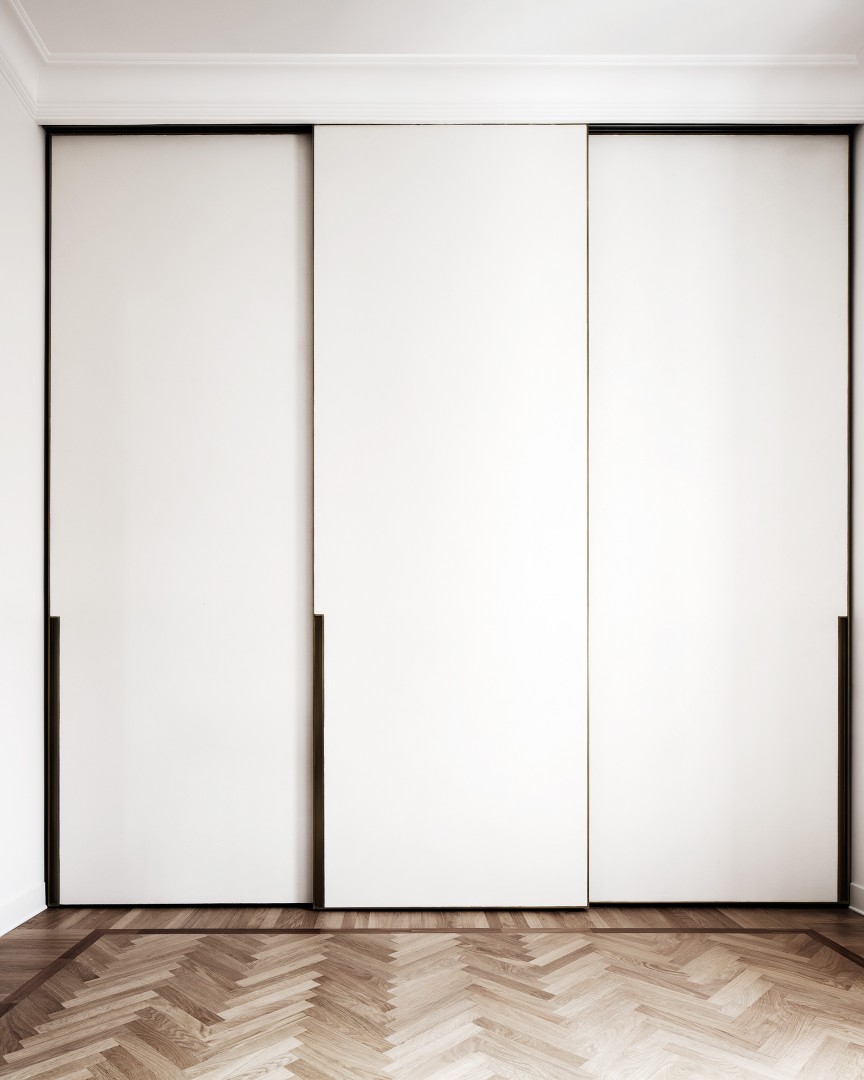 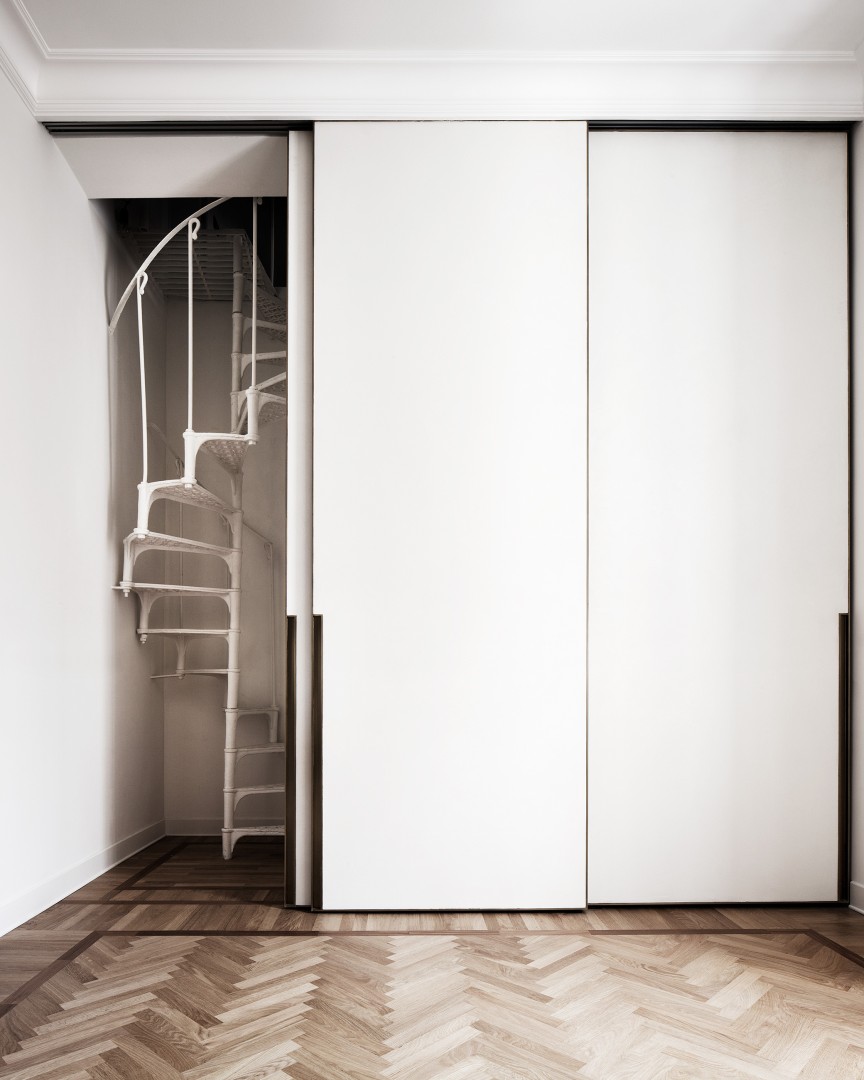 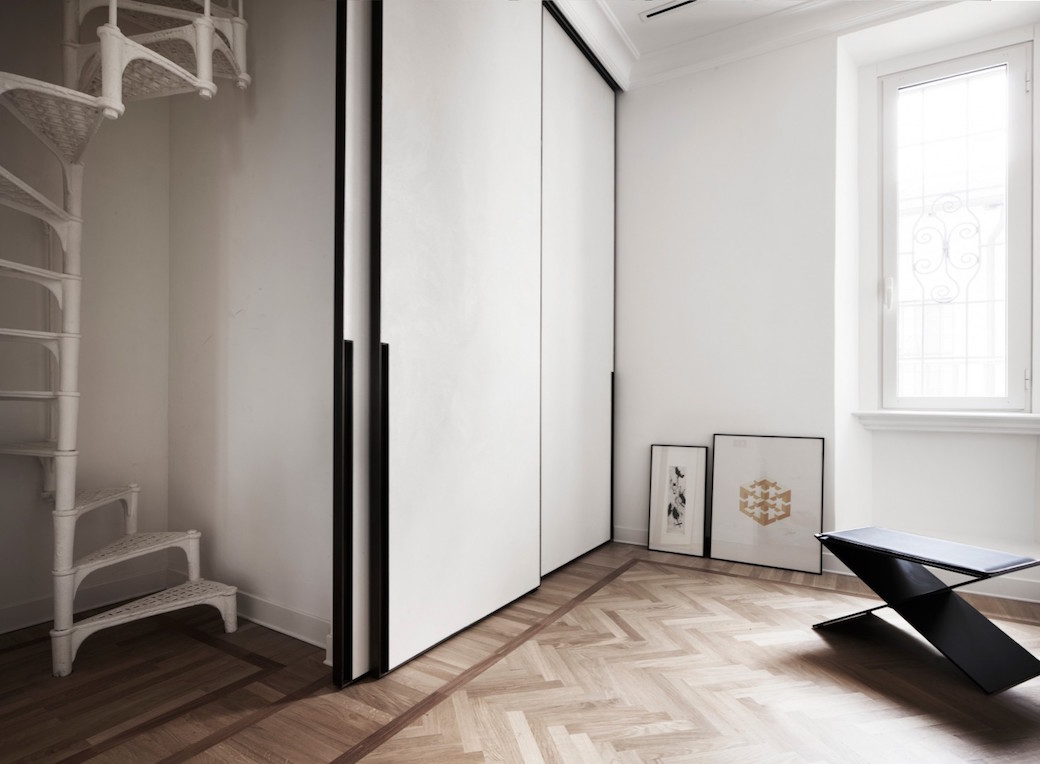 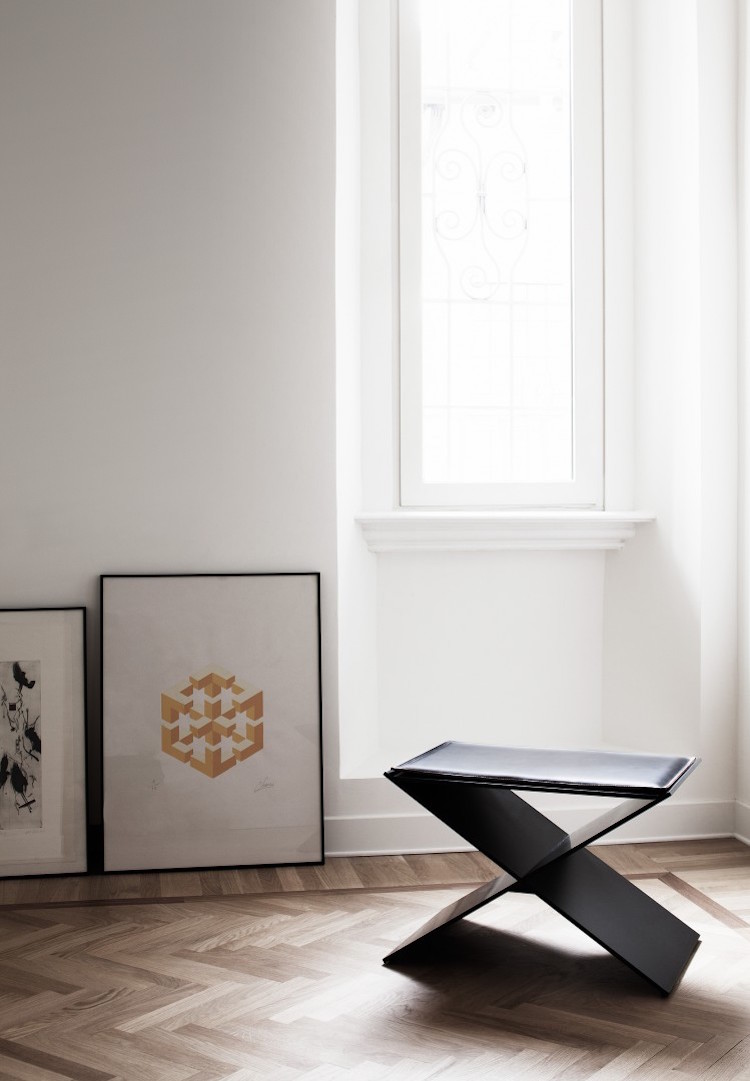 The kitchen and bathrooms are gorgeously understated. The bathrooms feature a pale Travertine stone where the pores have been left open to give more life to the material. As the designers say on Archilovers, “whilst the cut of each slate and its pattern is quite modern, the overall feel is that of a classic Roman bathroom.” 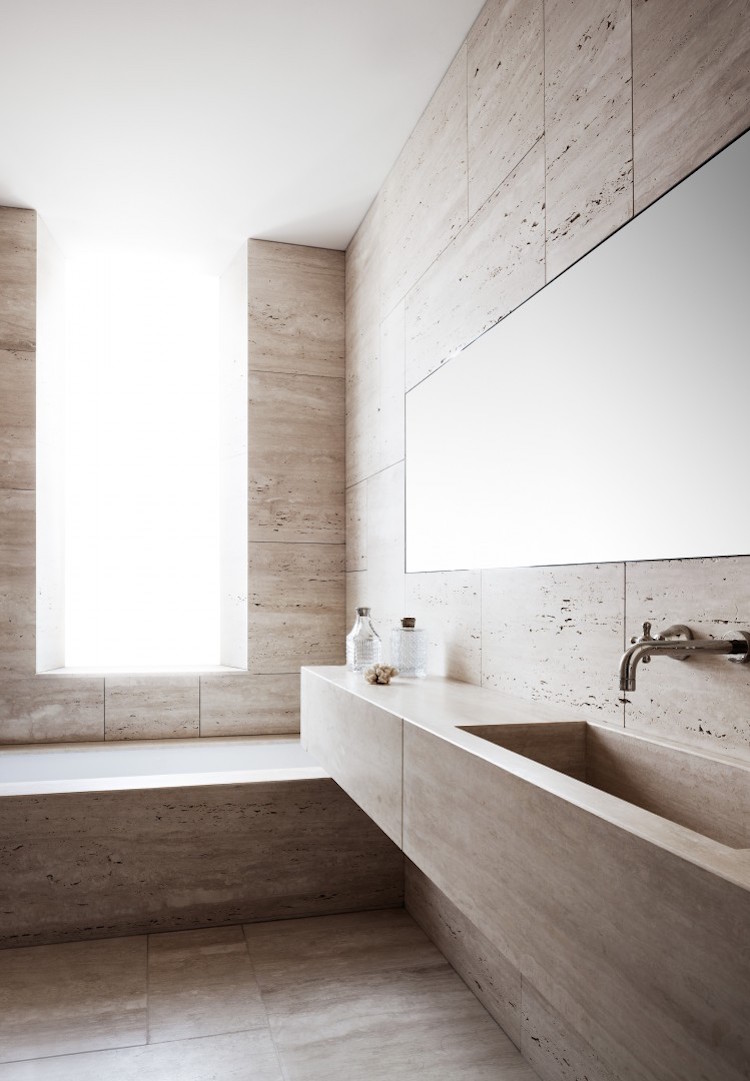 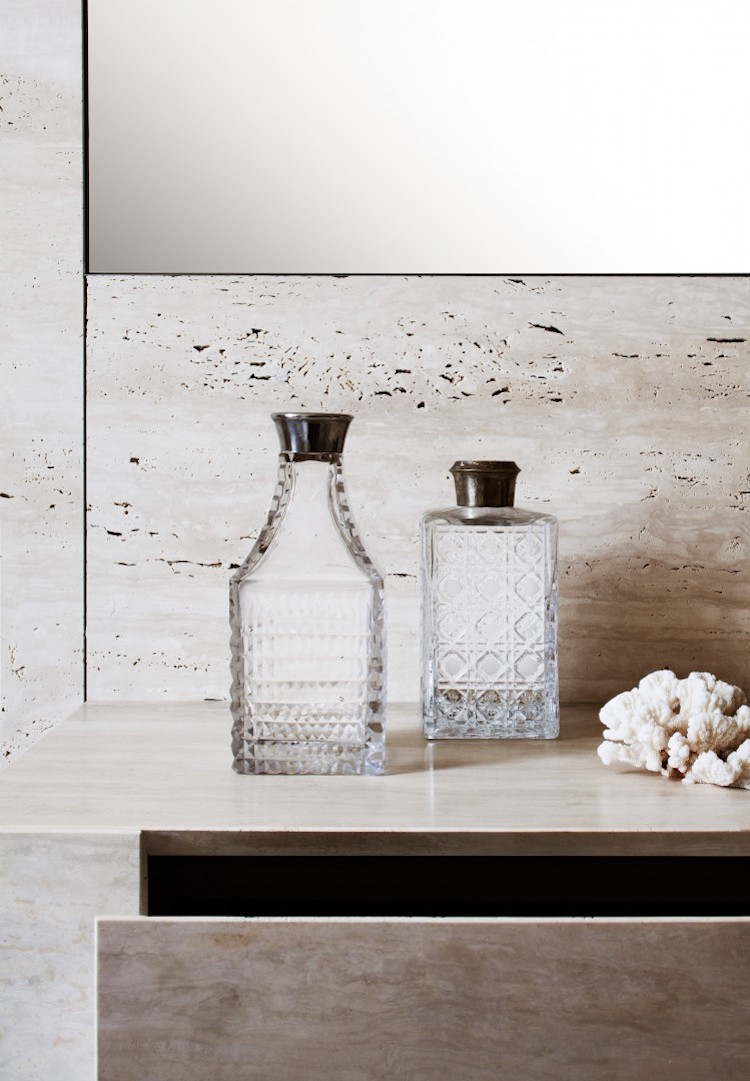 A few weeks ago, I was chatting to someone about craftsmanship, specifically in relation to kitchen design, and while we were talking about traditional cabinetry reworked in a contemporary manner, with crisp and beautifully crafted detailing, this super-contemporary kitchen has that same sense of being ‘crafted’ in its precision. Consider the use of materials – just look at this marble worktop! So slender, so finely detailed. Again, the same door detailing is used here, with the elongated brass handles complementing the island. 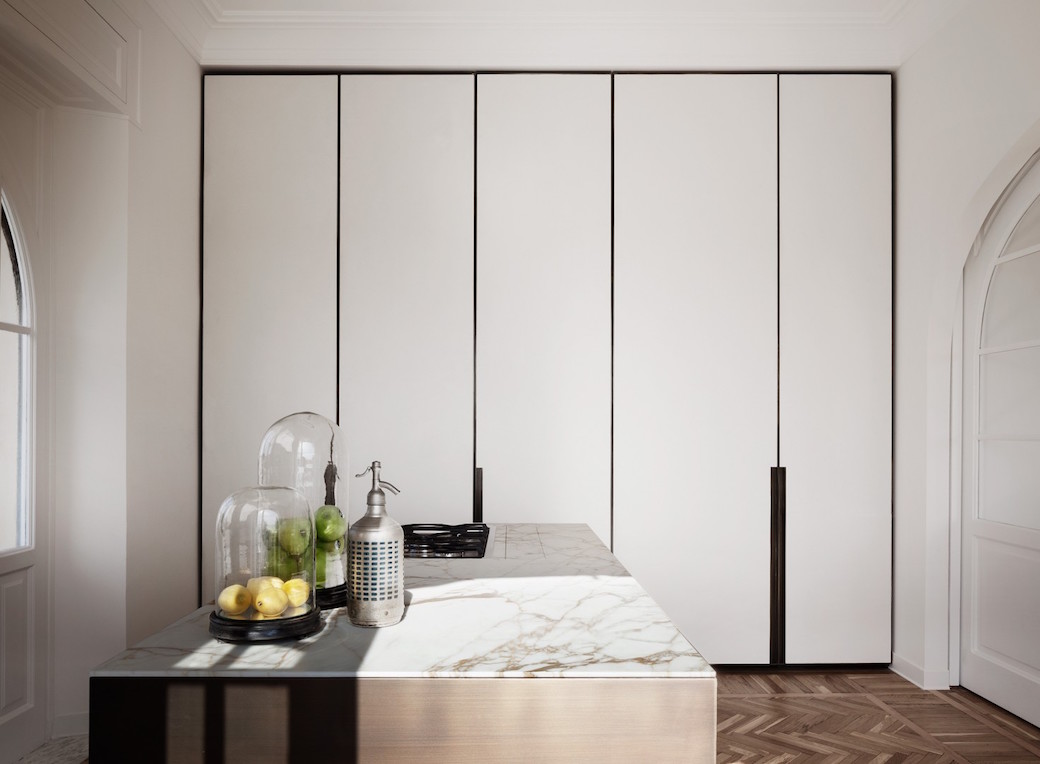 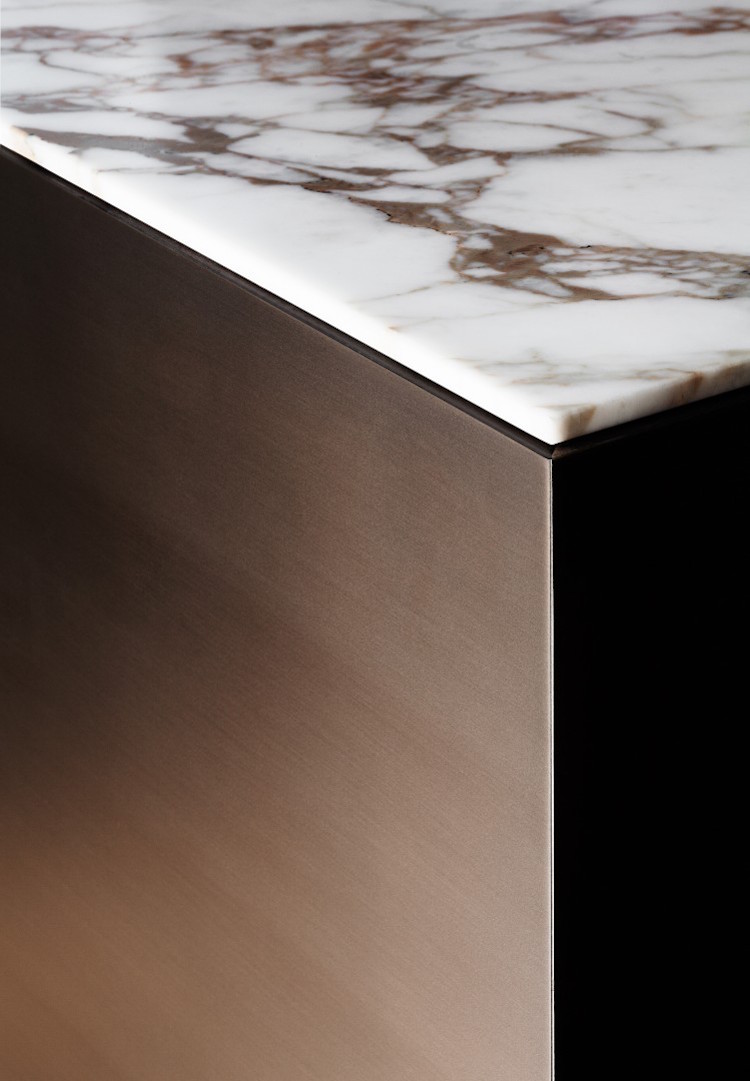 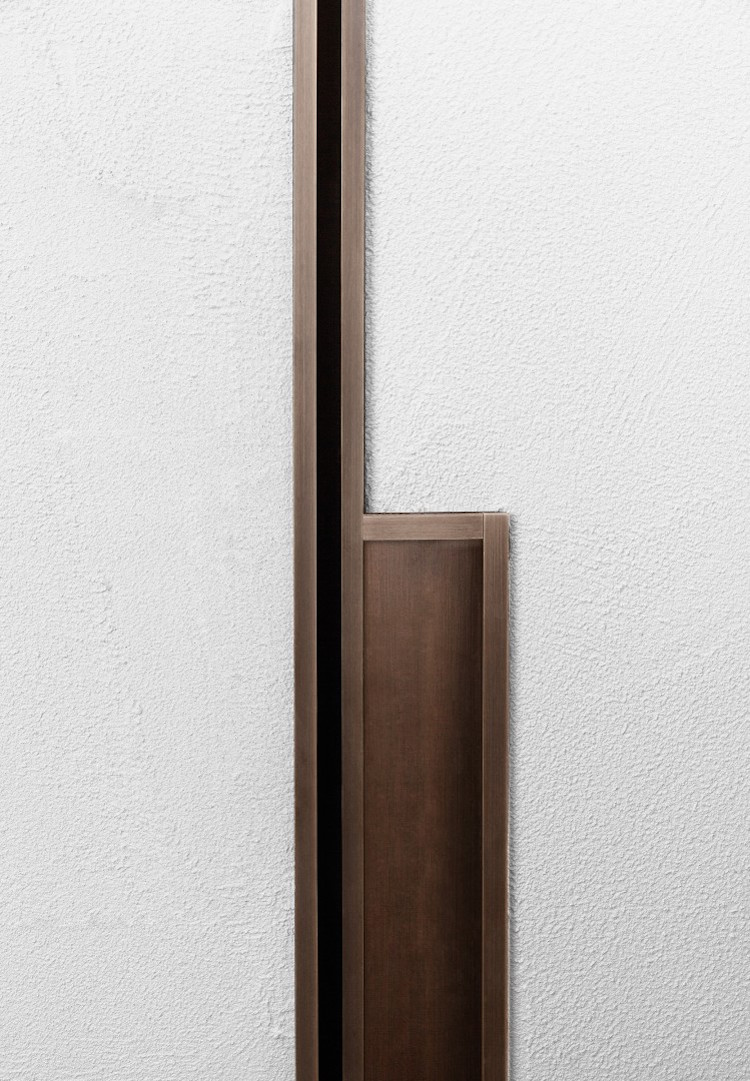 Beautiful, right? As for the bookcase that initially caught my eye, a Pinterest search led to the answer: this piece was part of Artemest‘s Bronze Preview Collection for Fuorisalone 2015 in Milan. So striking, and perfect here. 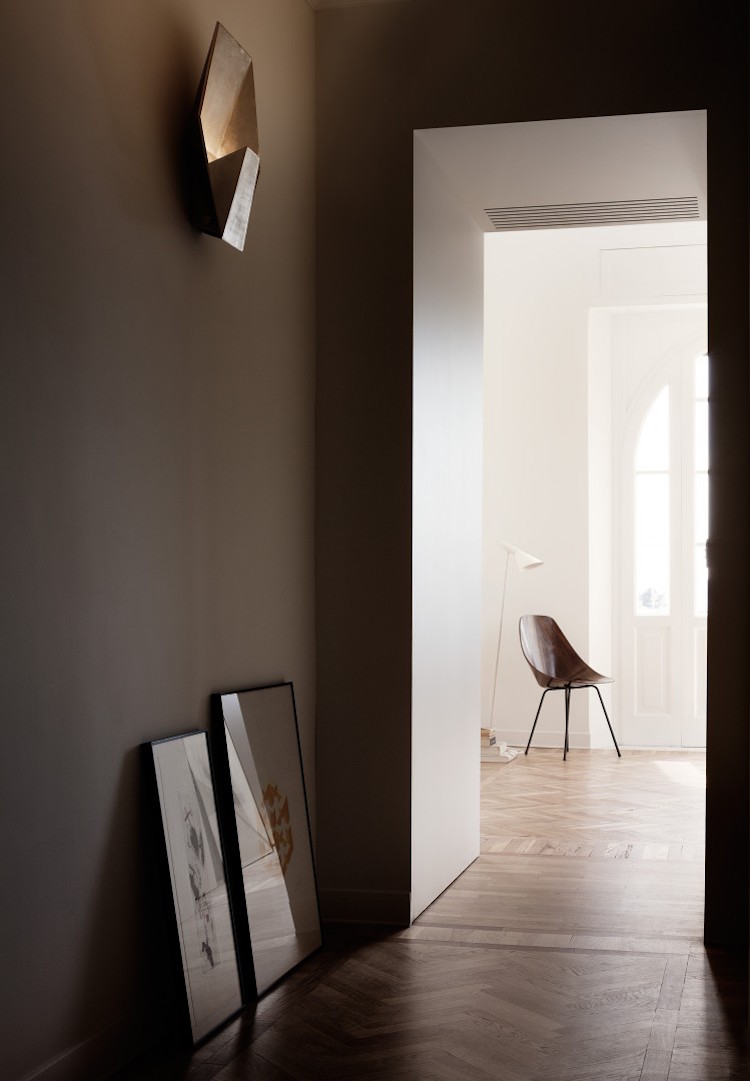 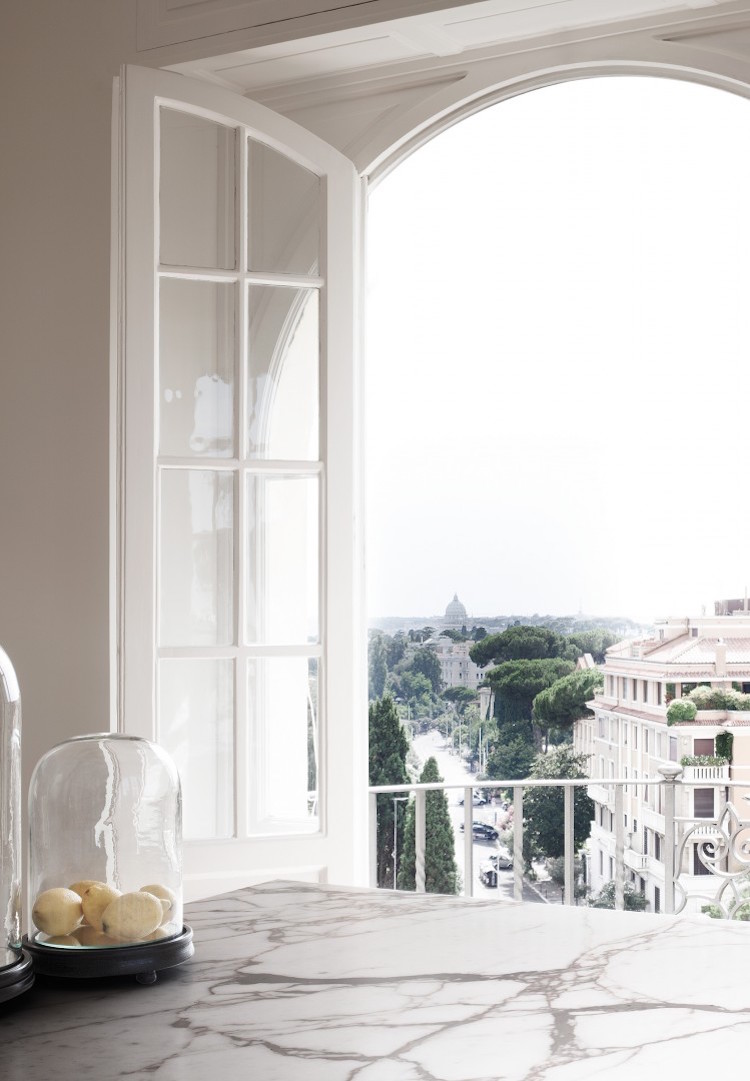