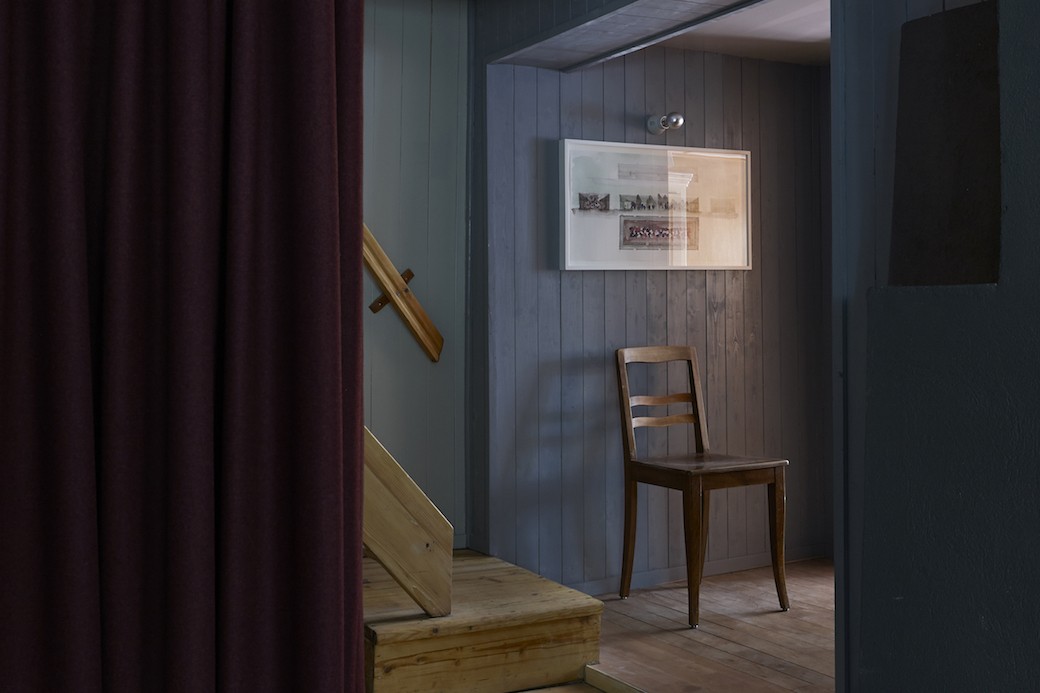 I feel I should start this post by wishing everyone a happy New Year – although I’m wondering if it’s still okay to write this at the close of the first week in January? A few days too late perhaps? But as this is my first post of 2017, it feels right to mark a new beginning. Let’s be honest, January isn’t the easiest of months – spring still feels a long way off – so when I was thinking about what to feature as the first post here, I realised that a little bit of escapism might be in order. Which brings me to a question: anyone else fancy packing their bags and heading to this chalet in the mountain village of Andermatt in the Swiss Alps? 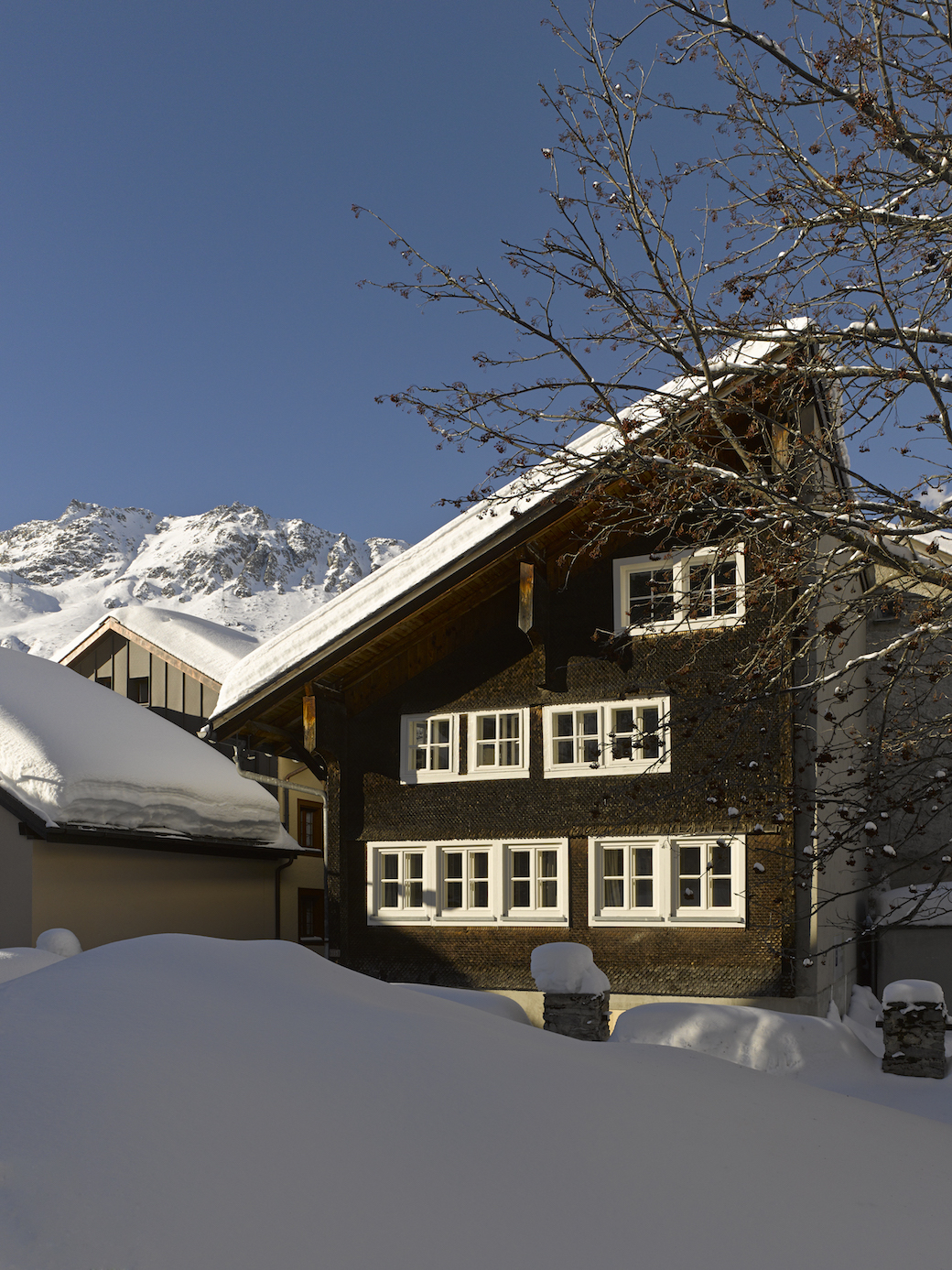 An easy question to answer, right? I spotted this property on The Modern House and it caught my eye as the house was redesigned in 2012 by Jonathan Tuckey Design with the help of local architect Ruedi Kreienbühl. You may know this practice already through projects such as Yew Tree House (in collaboration with Eastabrook Architects) or Shadow House in Wiltshire, which I featured in May 2013 back on my first blog The Property Files, or the ingeniously designed Frame House.

As with Shadow House, here Jonathan Tuckey was working with an old building – in this case a 17th century alpine house arranged over four floors – and breathing new life into the period shell with a characteristic combination of old against new. 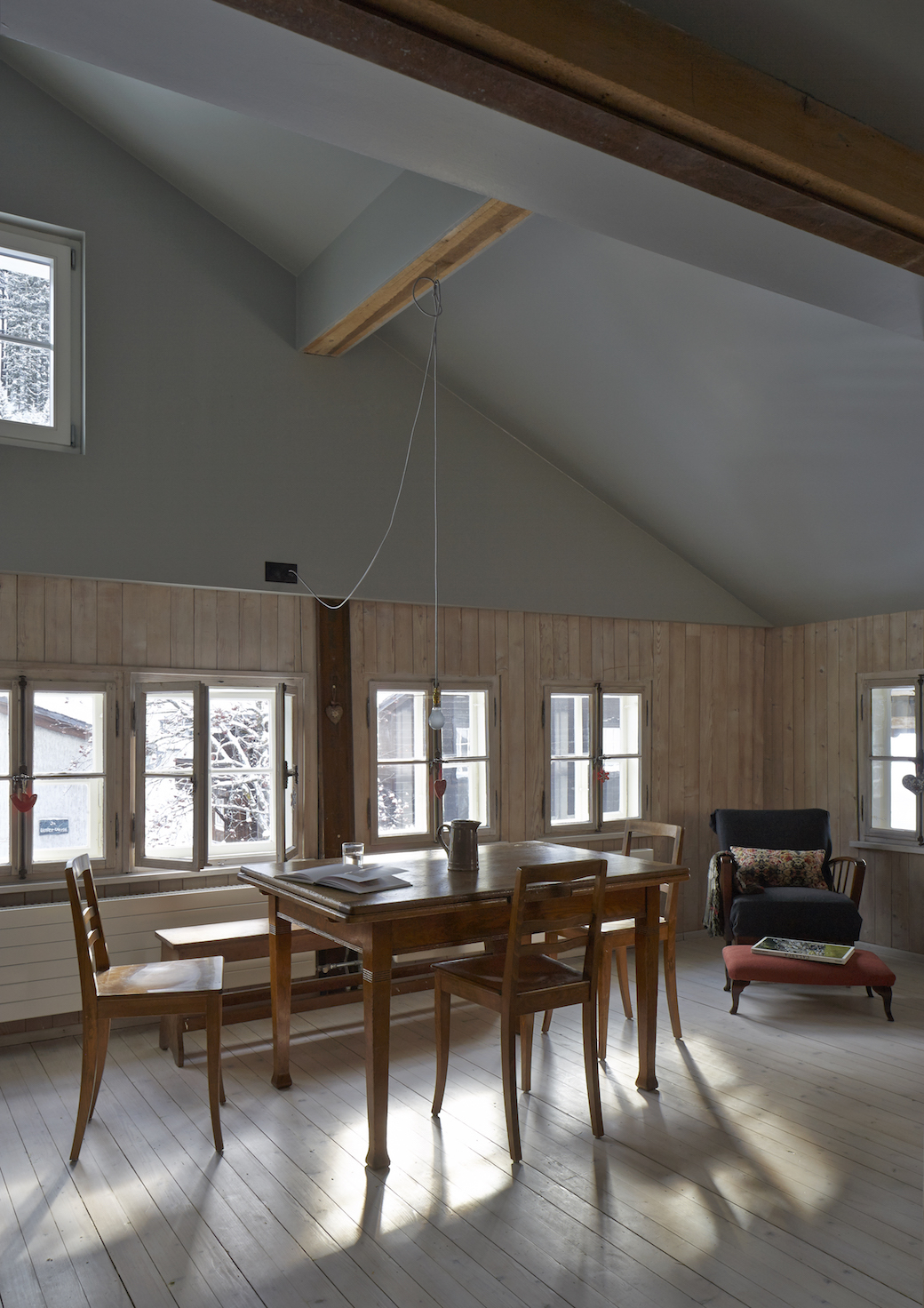 And just like Shadow House, the sense of volume is a key feature in this dramatic holiday home, which includes a double height kitchen and living-dining room in the centre of the house. Achieving this volume was crucial to Tuckey’s vision as the original building had low ceiling heights, and the architect remodelled the two upper floors to create this double height space. Timber-lined walls are complemented by crisp plaster, again highlighting the juxtaposition of old with new, while the bespoke kitchen features black timber with granite. One of the three bedrooms (the house sleeps six) is located on a mezzanine level, along with a study. 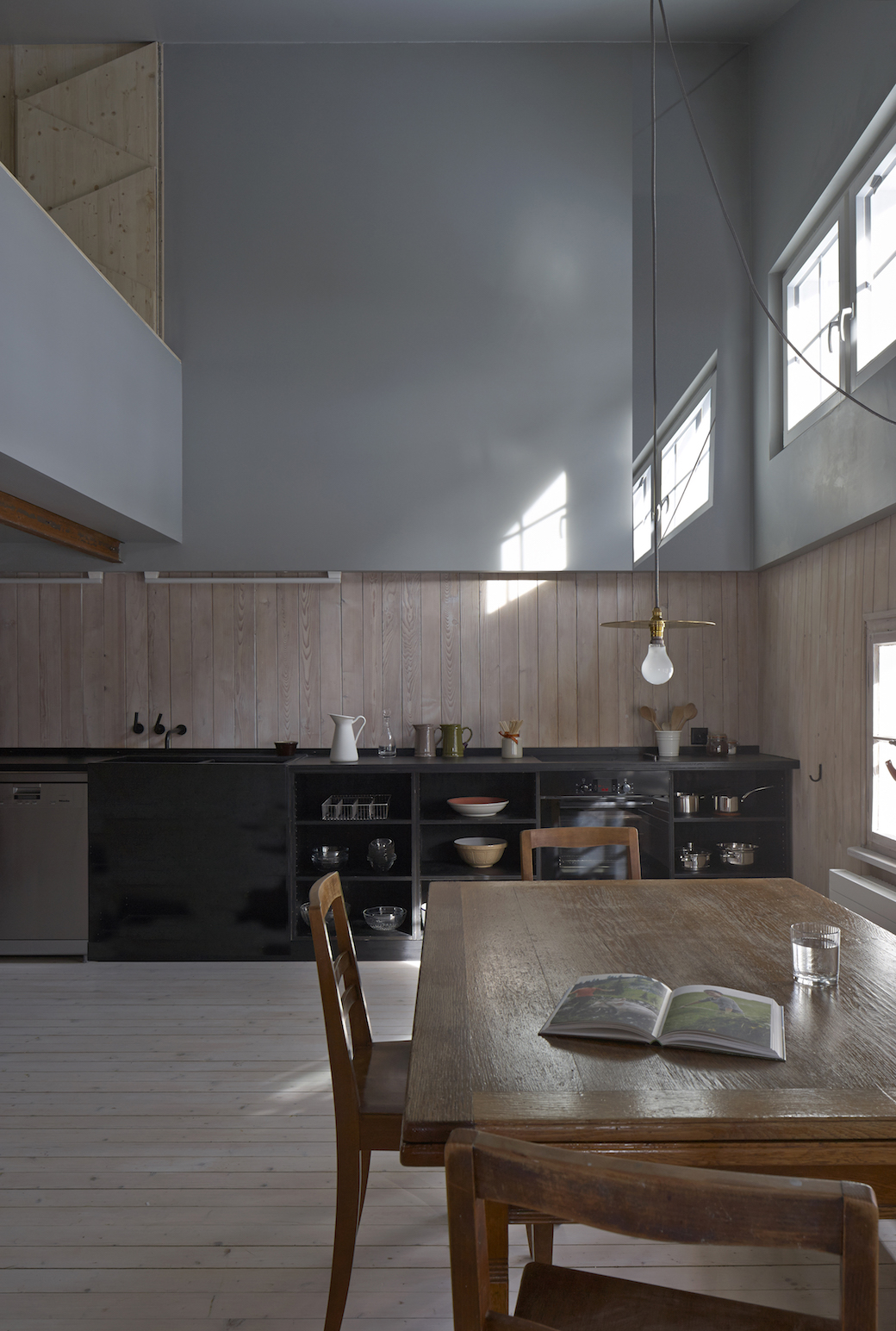 Tuckey designed this home for himself and his family, although it’s also available to let through The Modern House. Originally this building had a neighbouring house, but this was damaged by fire in the 1960s and subsequently demolished, resulting in this ‘Halbhaus’, or ‘half house’, with its distinctive angular roofline.

Tuckey has furnished the interior with an eclectic mix of old and new furniture and paintings from England, Scandinavia, Poland and Argentina, and you’ll find a collection of books and films on Swiss and Northern Italian architecture, alpine photography and mountaineering. Some pieces of furniture were retained from the previous owner, and this has only added to the sense of character. Simple wooden staircases connect the different levels. I love the moody yet mellow palette here; this would be a very gentle and calm interior to retreat to at the end of a day spent exploring. 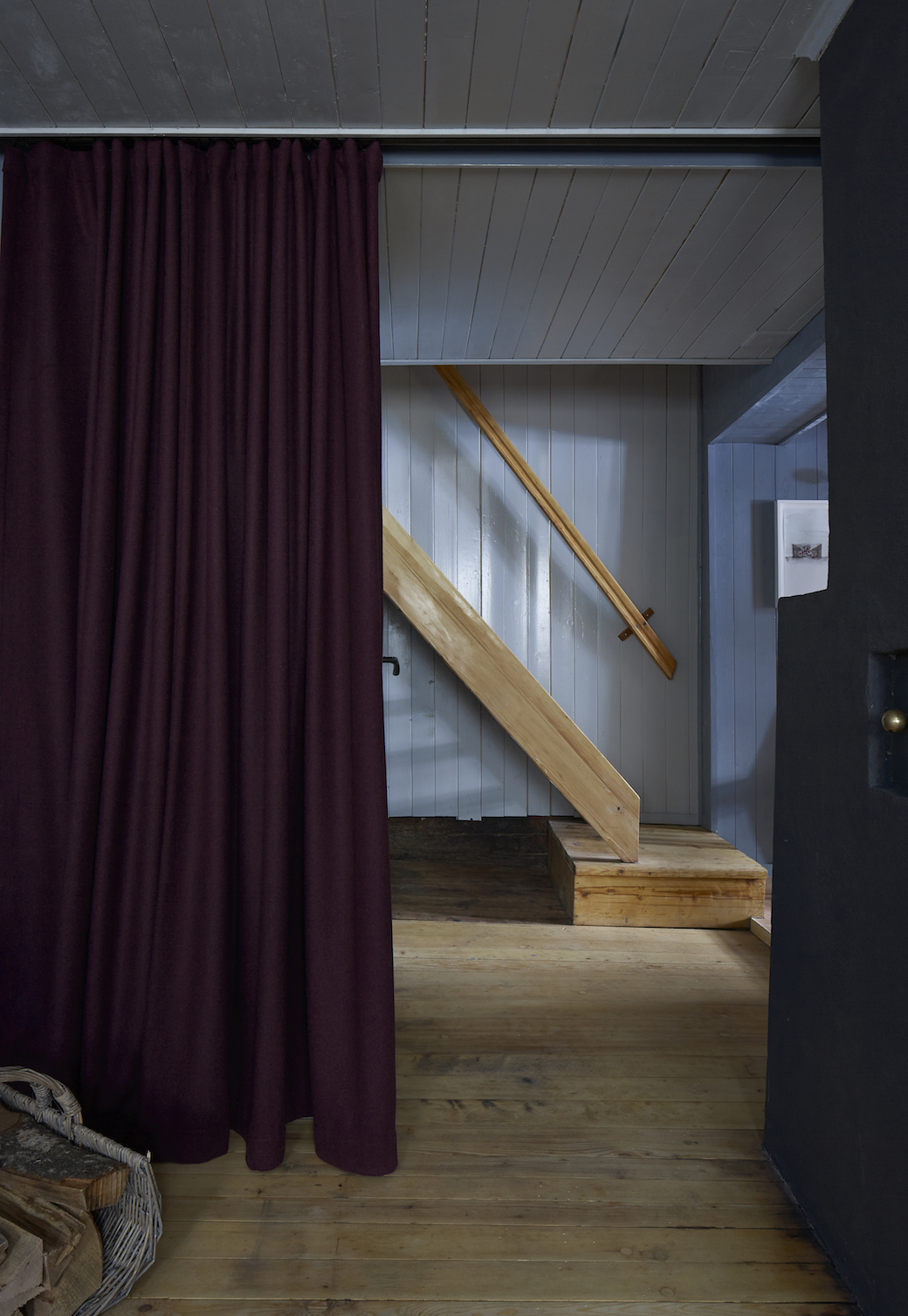 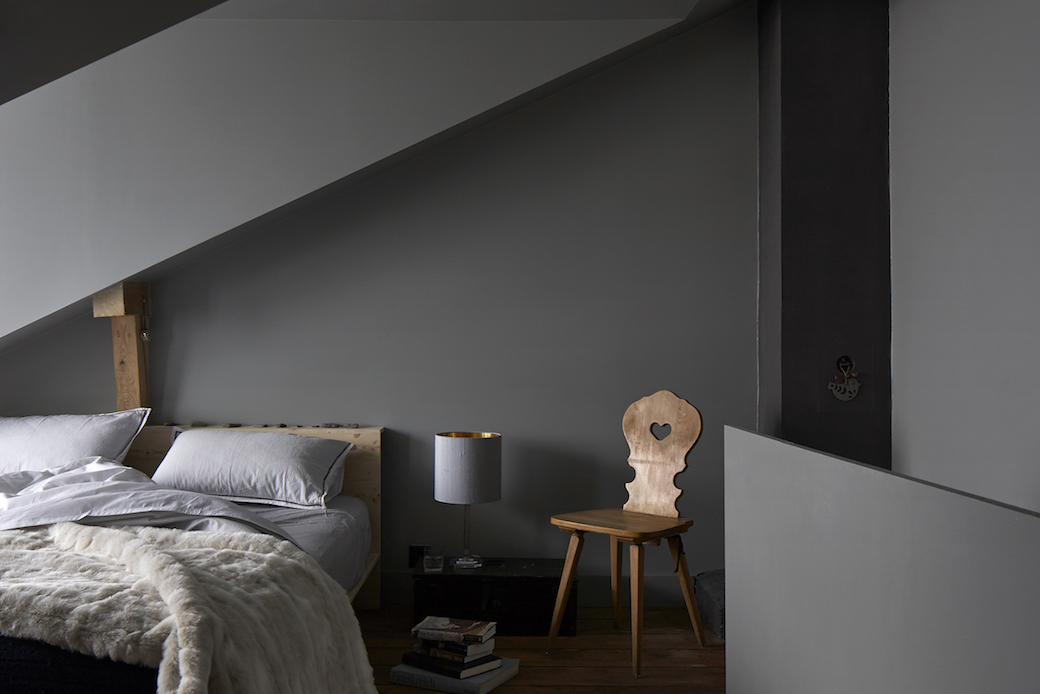 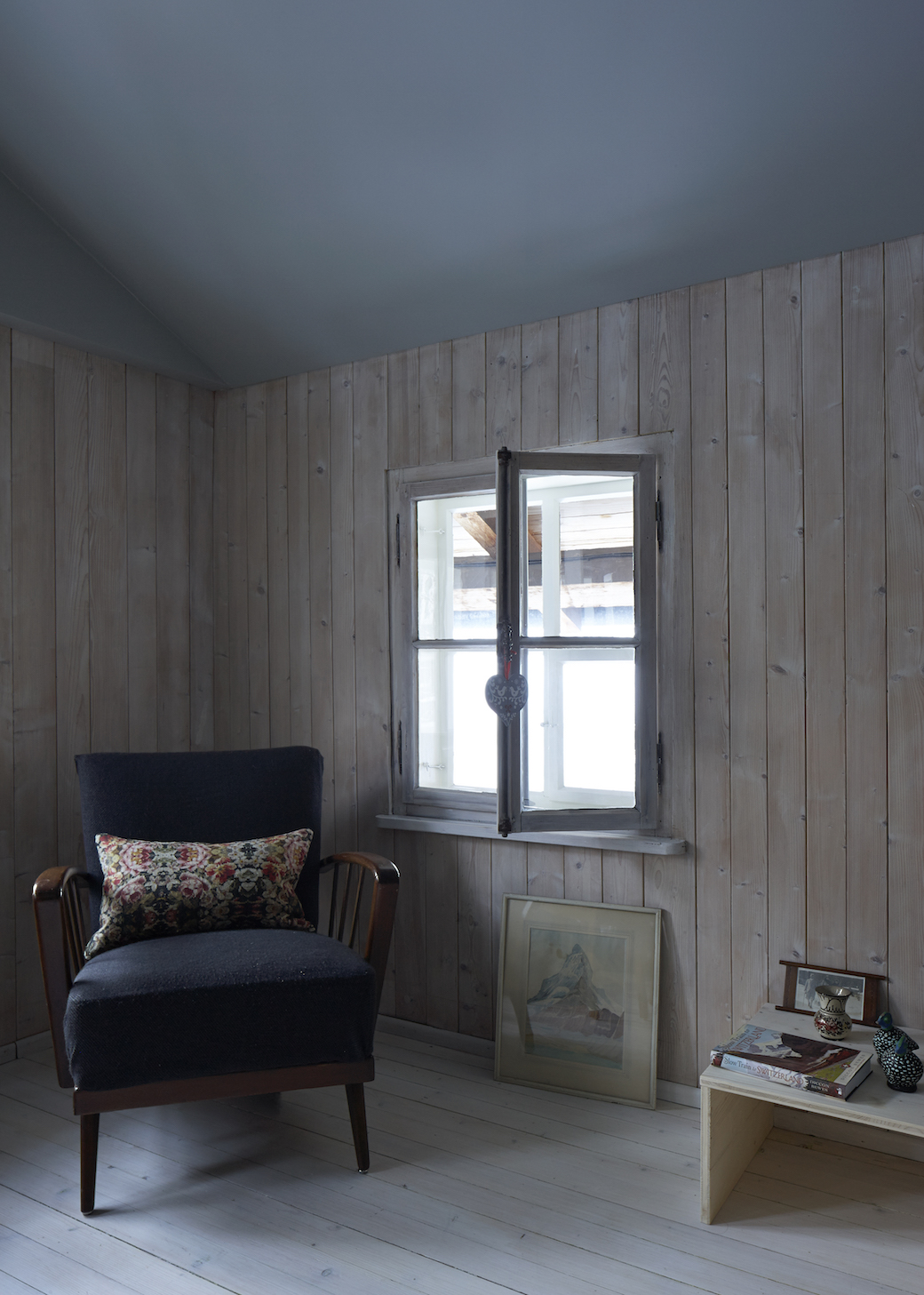 As Tuckey writes on the practice’s website: ‘The design of the ‘half house’ engaged with the qualities already present in this traditionally constructed house and sought to amplify them; the sauna is placed within the rocky foundations of the house, the original staircase leads through the living spaces up to a world of timber attic bedrooms nestling beneath the snow-covered roof… These spaces evoke the simple, shared pleasures of cooking and eating together and sleeping in an attic accessible by a ladder rested against a tall chimney.’ 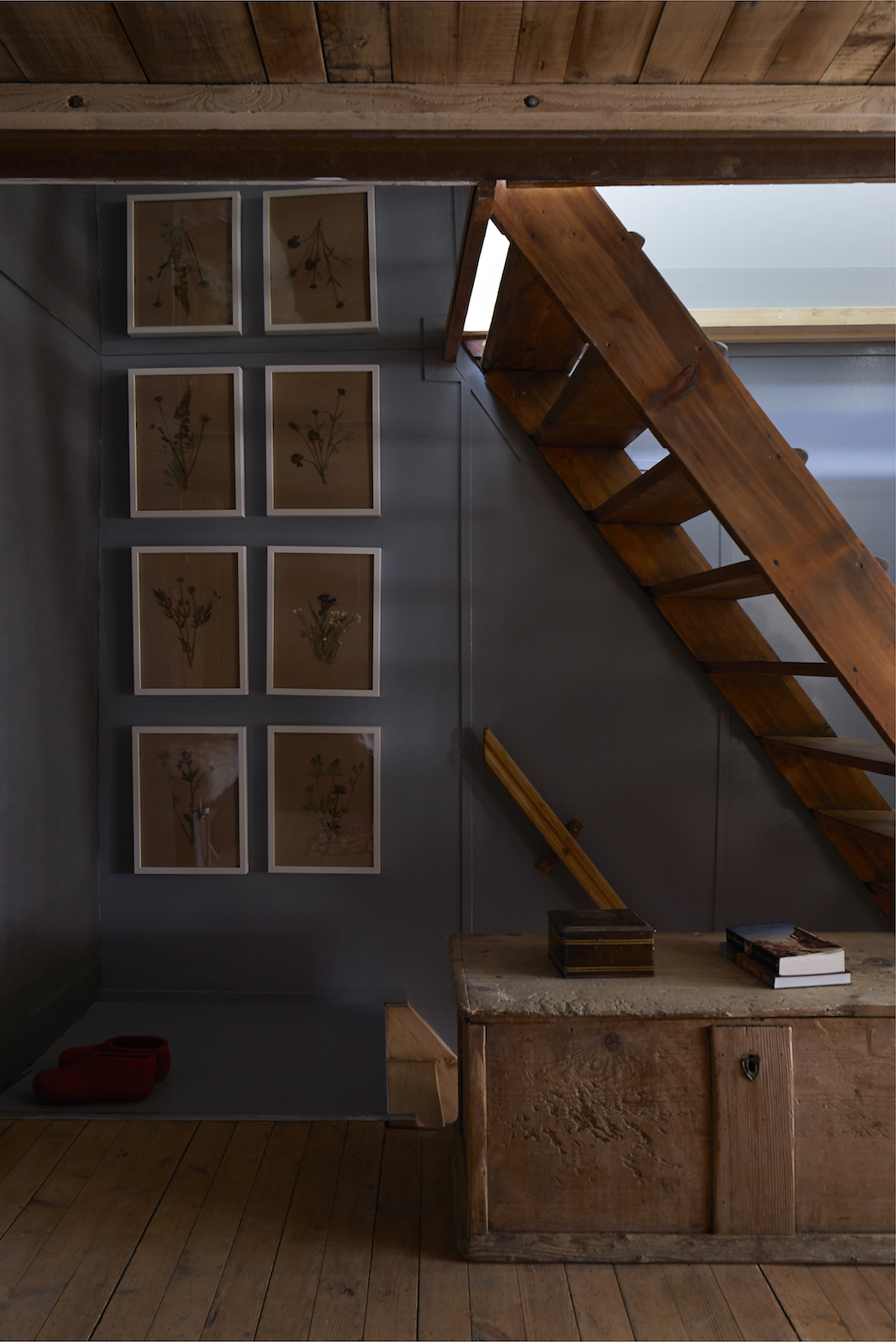 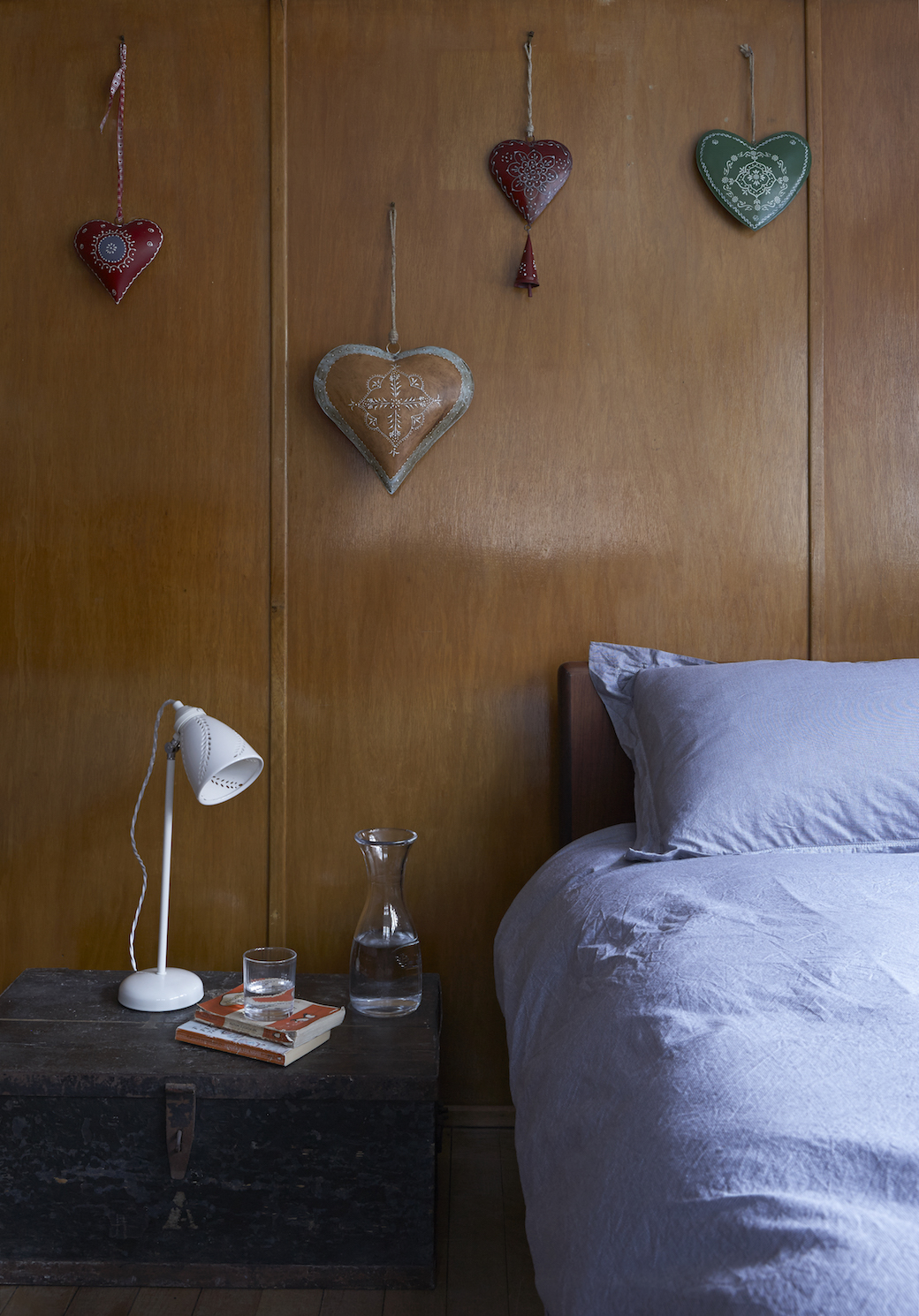 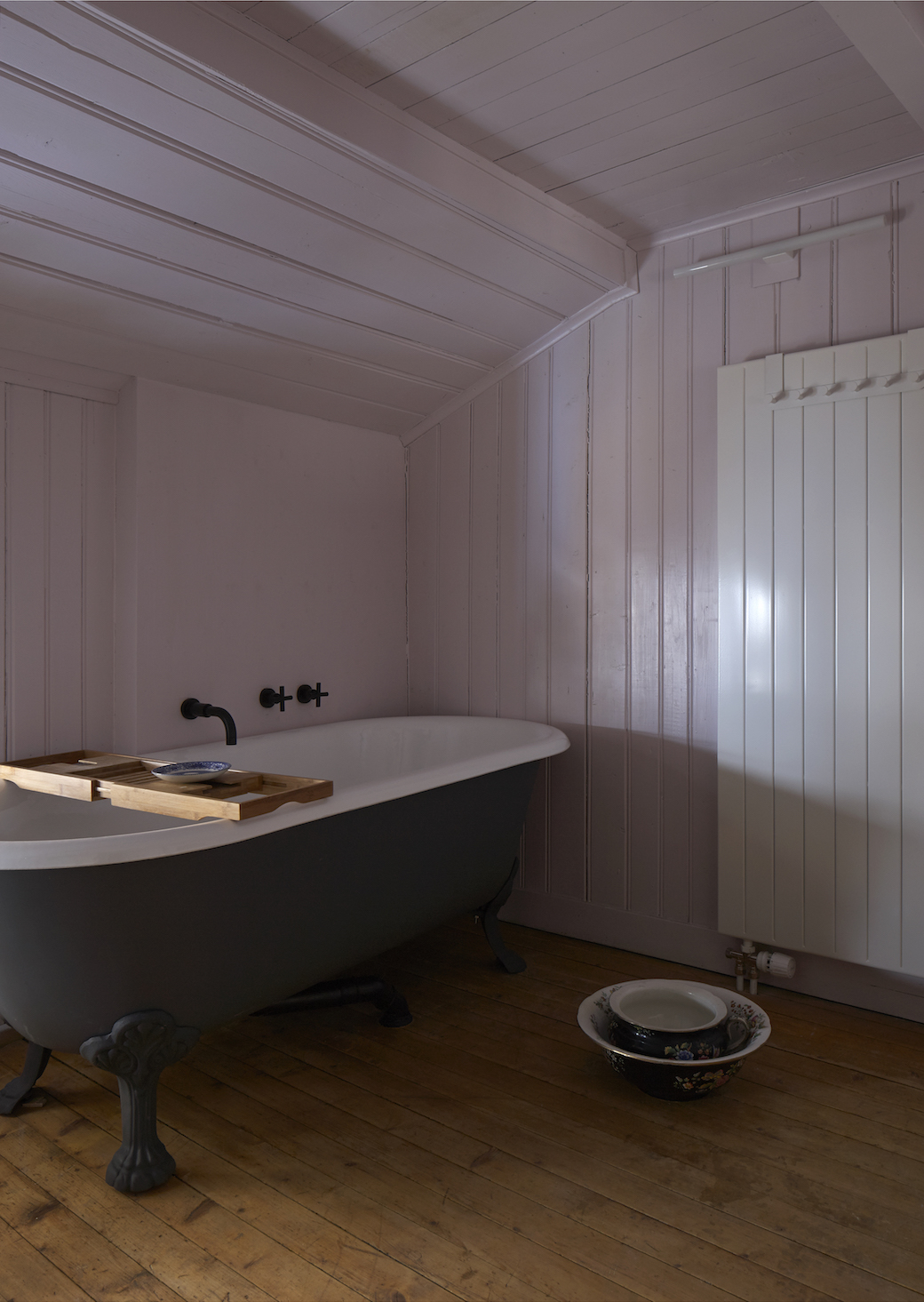 Hulbhaus is a social home where you can still have space to escape and contemplate. What a beautiful home from home.

You can find more information on Alpine Chalet, including pricing and transport links, on The Modern House.

Photography by James Brittain via The Modern House.

Hello and welcome to Copperline. My name is Fiona Reid and this is my blog about exploring Scotland, along with posts about design and vegan living.