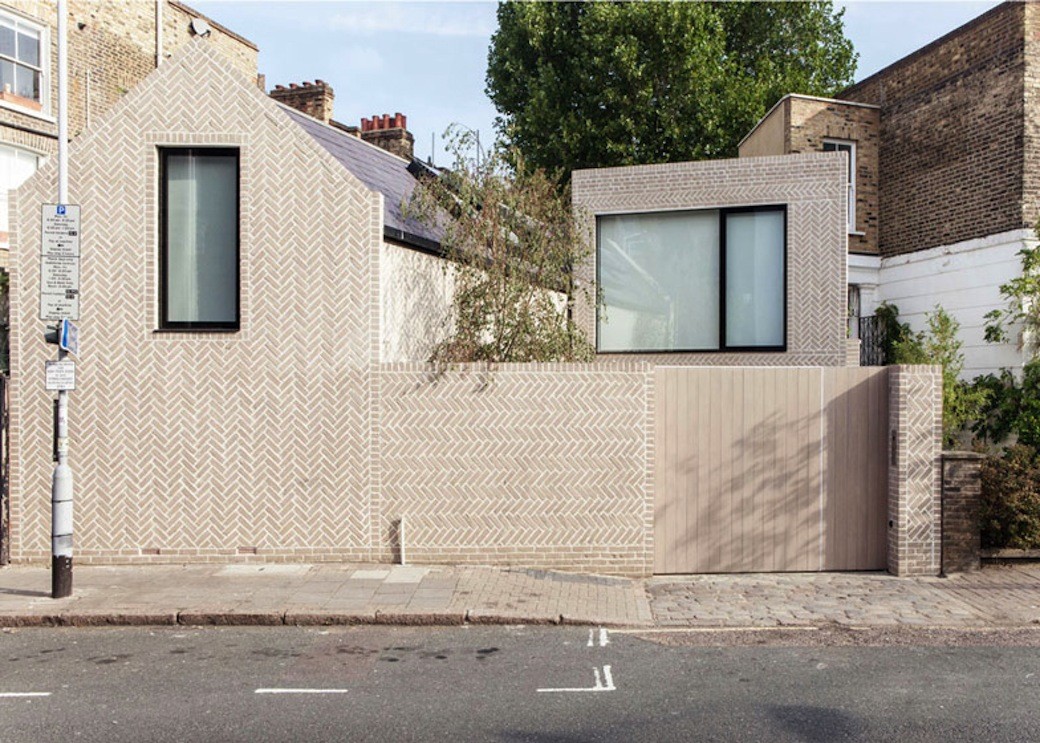 I can’t recall when I first came across Herringbone House – it might have been with this feature in Dezeen – but this building’s distinctive herringbone brickwork stopped me in my tracks when I saw it. Located on St Jude Street in Islington in London, and set within a traditional row of Victorian terraced houses, the house was designed by the team at Chan + Eayrs.

With courtyards to the front and rear accessed from the main living space on one side and the dining-kitchen on the other – this entire living area is open plan – the house has a strong indoor-outdoor connection and flow of space. 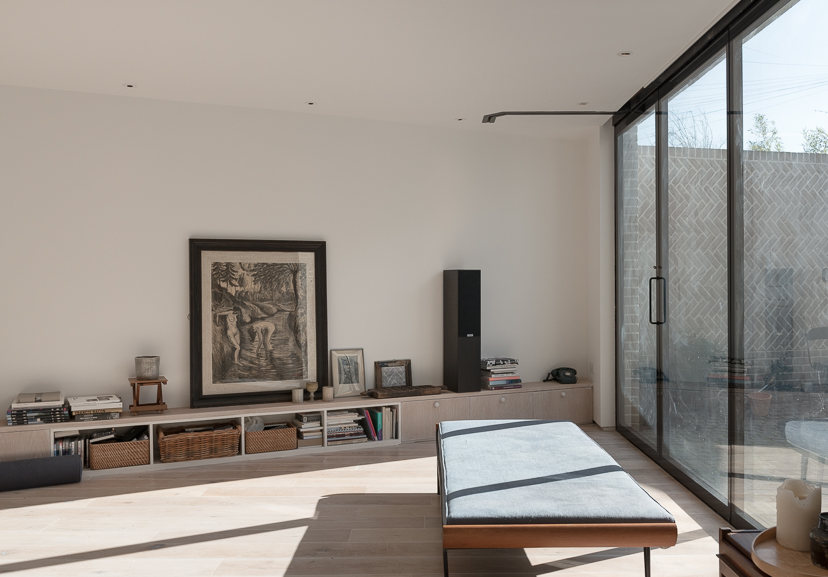 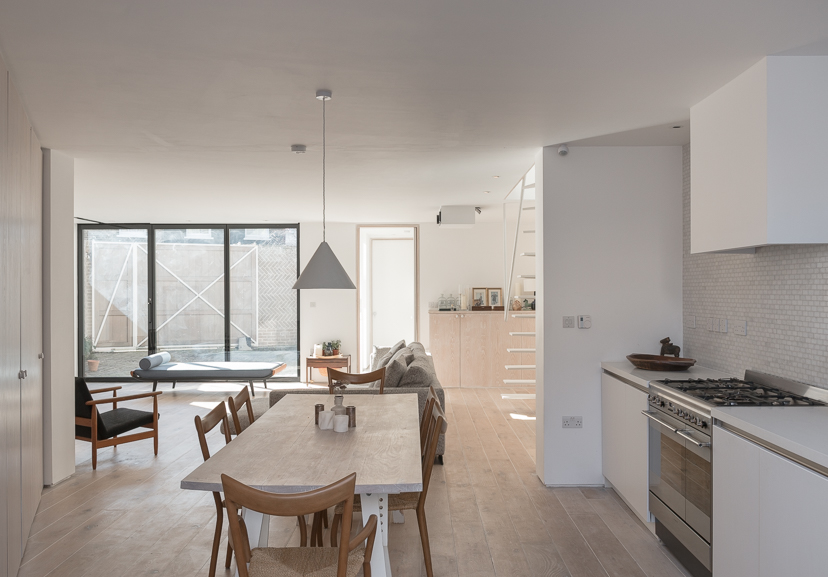 The house was slotted into a plot that had previously accommodated a series of derelict buildings. One of the main challenges for the design team was finding ways to bring light into all of the house, and this was achieved thanks to the courtyards and also the frameless skylights on the upper level.

In the Dezeen feature, Zoe Chan explained: “I wanted to use materials that are very natural but also warm. The idea was to maximise light, but I didn’t want it to be sterile, so I drew inspiration from Scandinavian architecture and its light natural palettes.” 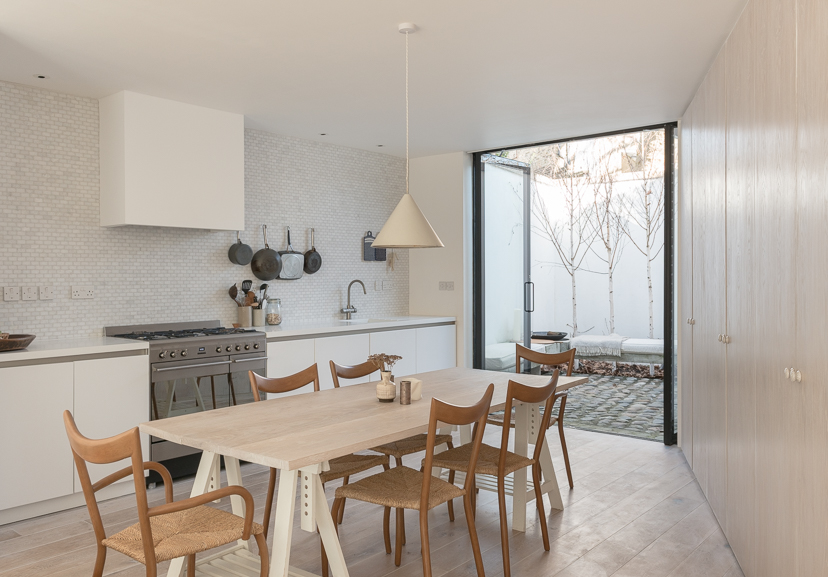 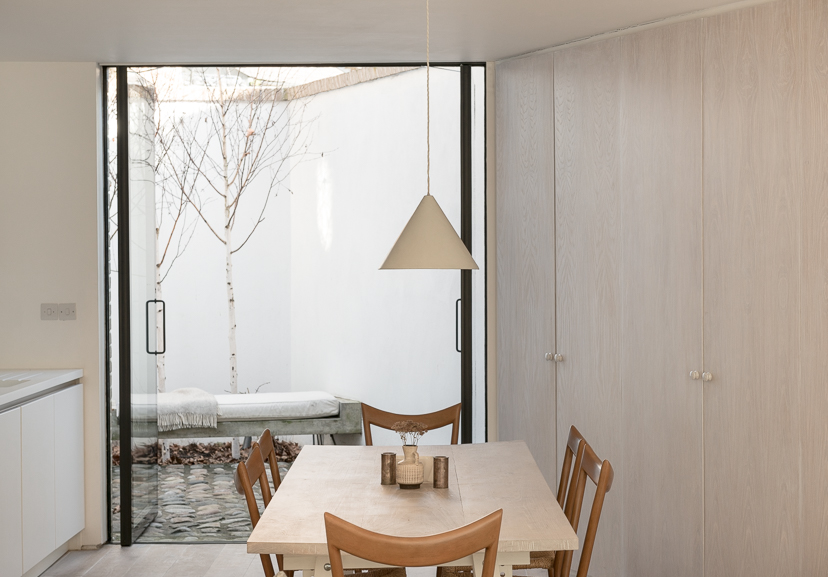 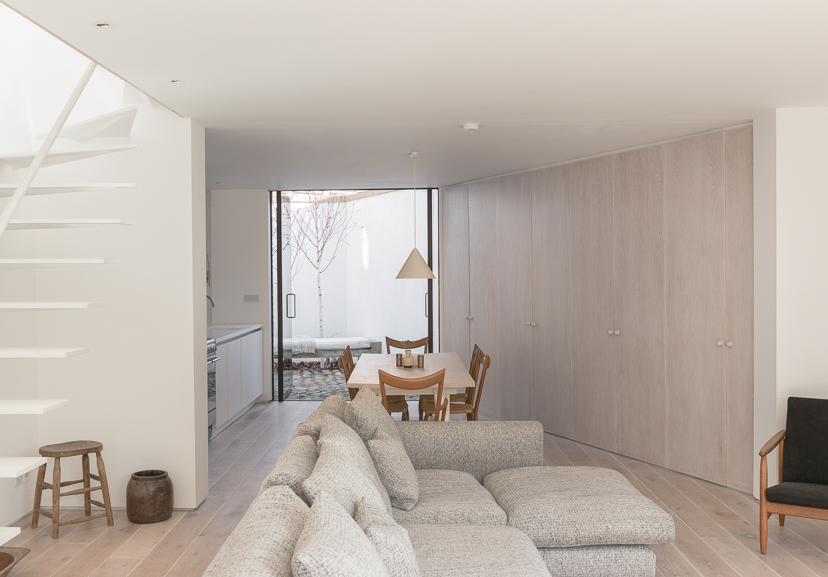 As for the decorative brickwork, Chan said: “The choice to use brick creates a visual reference to the masonry construction of this particular street. However this isn’t a terrace, it’s quite different in character, so I chose to create my own personal expression using brickwork as the basis.” 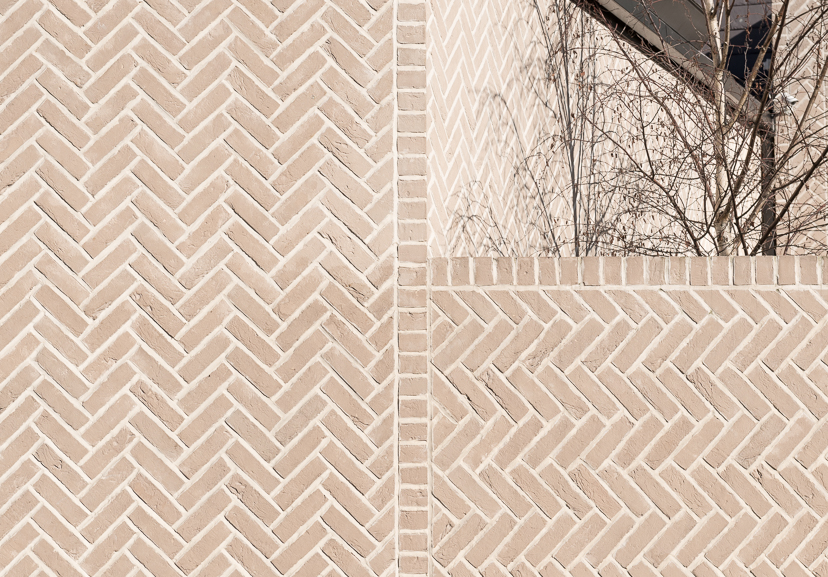 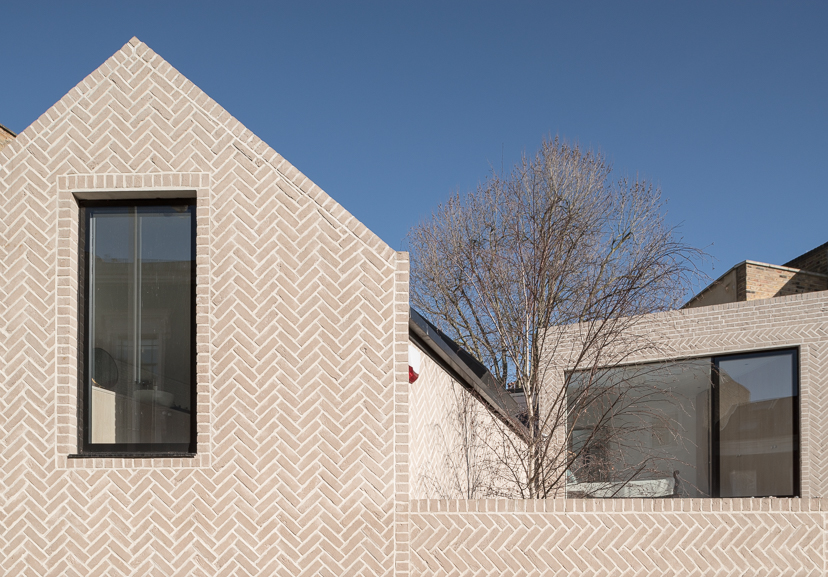 Herringbone House was the first completed project by Chan + Eayrs, and their latest project, New Cross Lofts – a collection of 2 bespoke apartments and 2 work studios – is due for completion this summer. As well as Dezeen, Herringbone House has been featured in the likes of Wallpaper, Grand Designs magazine and The Telegraph. The property was recently marketed by The Modern House and is now under offer – which comes as little surprise. 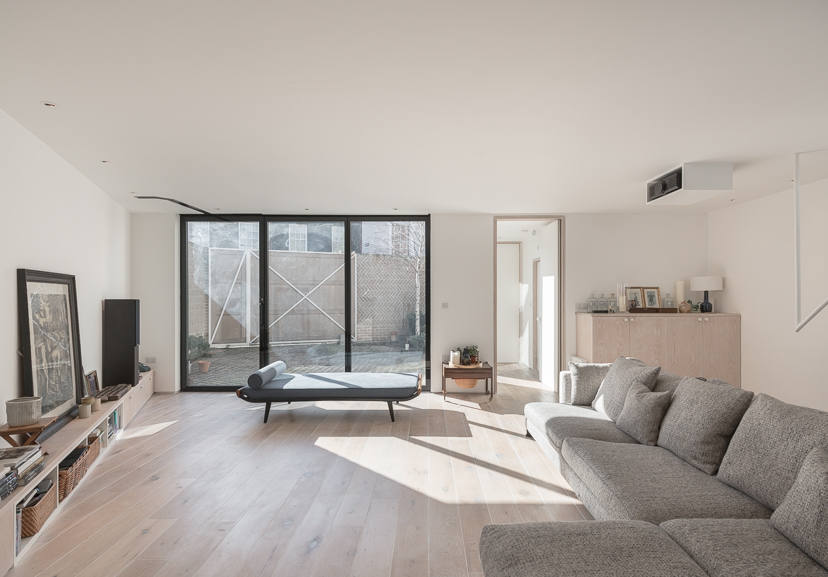 While this house stands out for its detailing and beautiful use of materials – including limed oak and marble – it is also a quiet and elegant and restrained piece of design. Look at that cantilevered steel staircase. 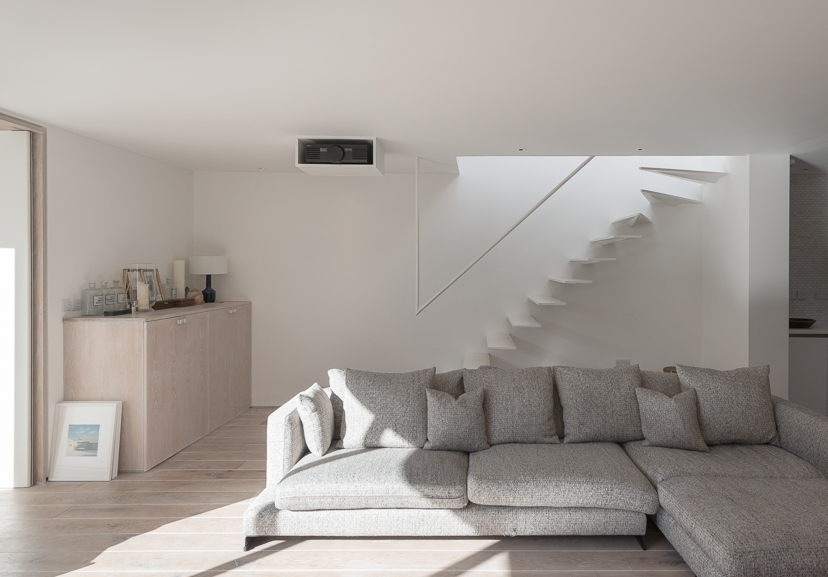 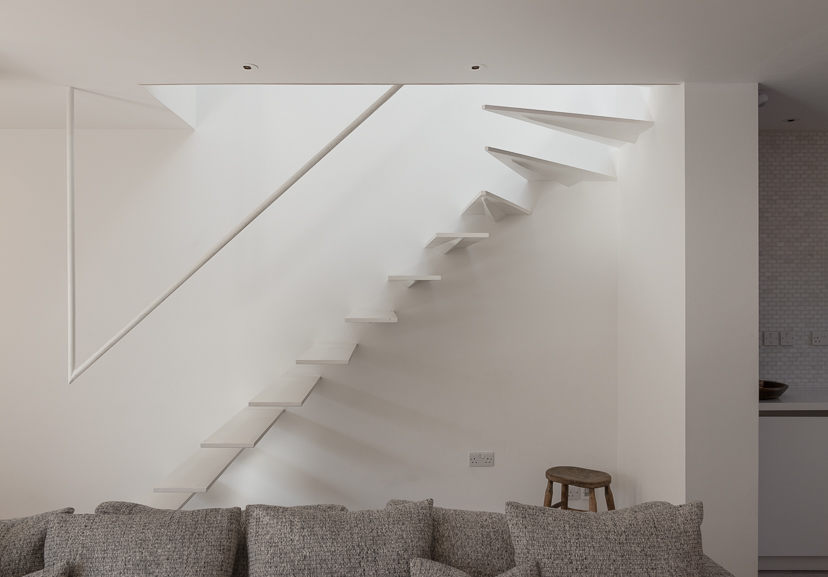 It’s almost unnerving in its simplicity, but it also reflects the pared back and exquisitely detailed approach throughout. This is one of those houses that doesn’t need to holler in order to be noticed. 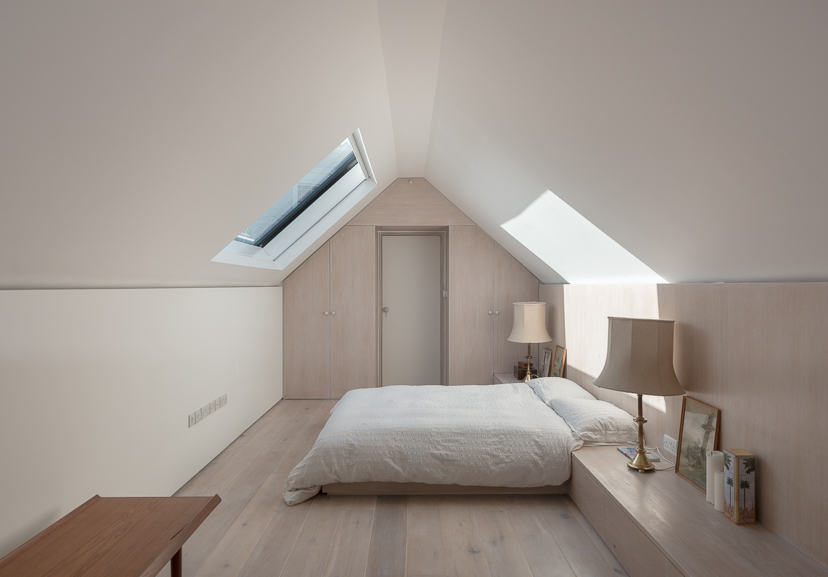 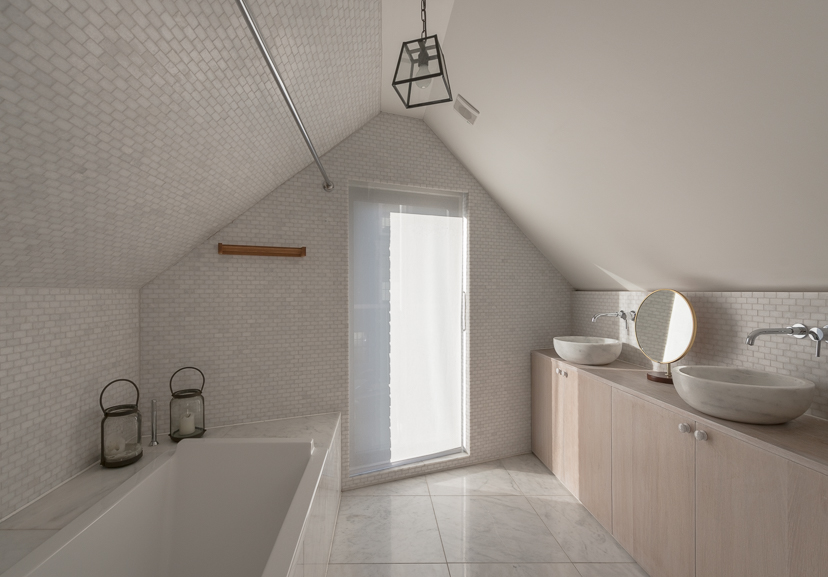 See this property’s listing at The Modern House. See my Steller story on Herringbone House.