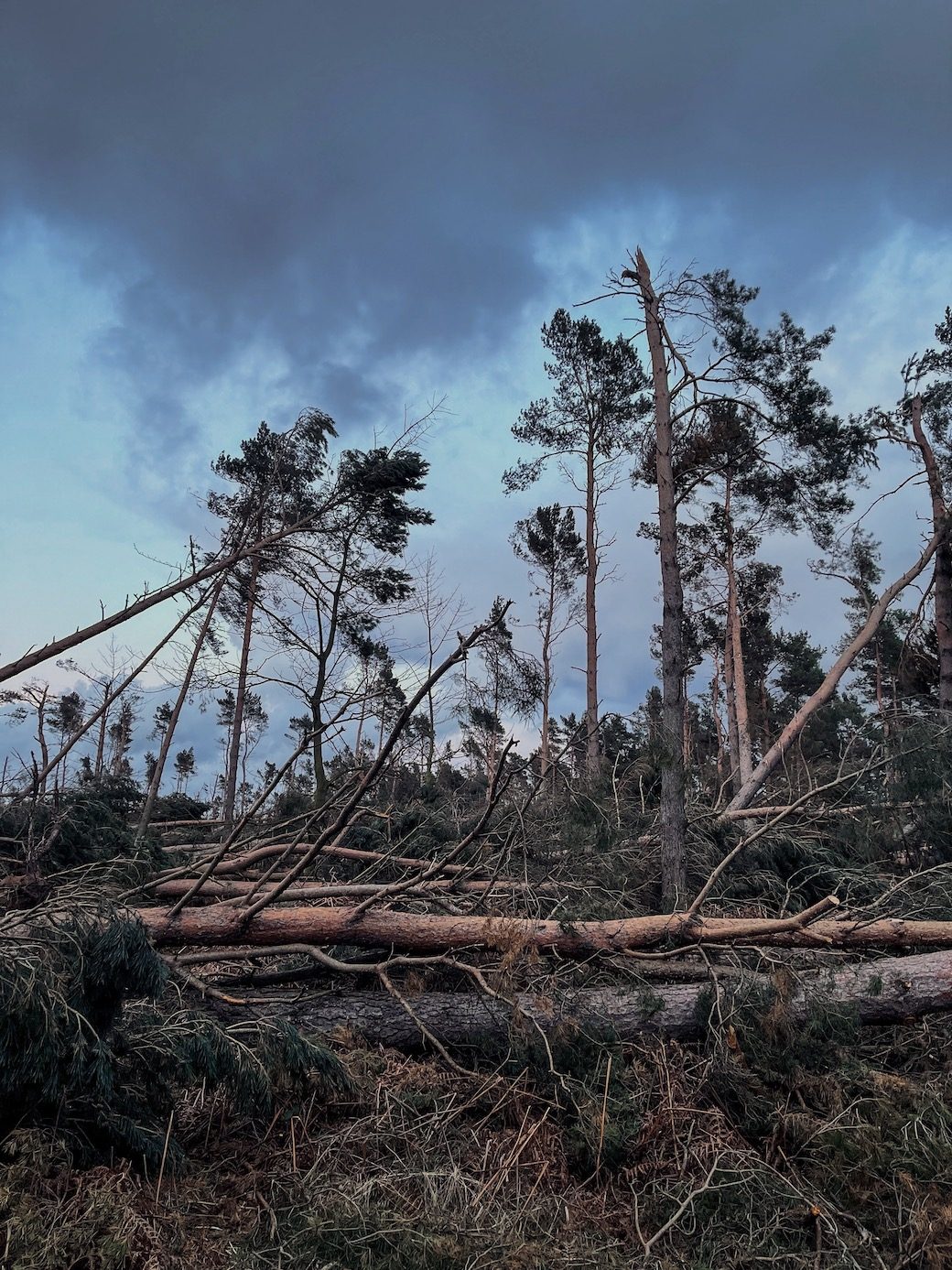 I’ve been wondering about trying something different here. One of the reasons I like Instagram is that you can let one photo tell a story. One photo that holds a memory or a moment. And that isn’t really reflected on a blog post with multiple images. So what about sharing some of those moments here too? It loosens up the format with short, loosely structured posts. And maybe it’s more personal. Why that photo? Why that moment? I thought I’d call this series #TakeOne.

So I’m starting this, of course, with John Muir Country Park and this image from a walk last week. We arrived late, later than intended, too late for photos really, and the sky was dramatic, promising the rain that was to follow. The main paths that lead through Hedderwick Plantation are slowly being re-opened as the fallen trees are being cleared, and we’re gaining different perspectives on the devastation here.

This path is one of two main routes that run from the fields towards the bay (this route) and the grassland (a second path). Once lined by tall pines, so that you walked here feeling enveloped by their scale and density, this route is now lined by fallen trees in a tangle of branches and stacked trunks.

I paused here to absorb this view: the leaning trees giving that sense of a woodland that’s still shifting, still changing, still falling; and for the broken tree on the right of the frame, its top snapped off and dangling where it’s been caught by a lower branch. I took this photo because the clouds held a sense of menace, an approaching storm, that was echoed so completely in this scene: the aftermath of a terrible storm.