WHERE TREES ONCE STOOD 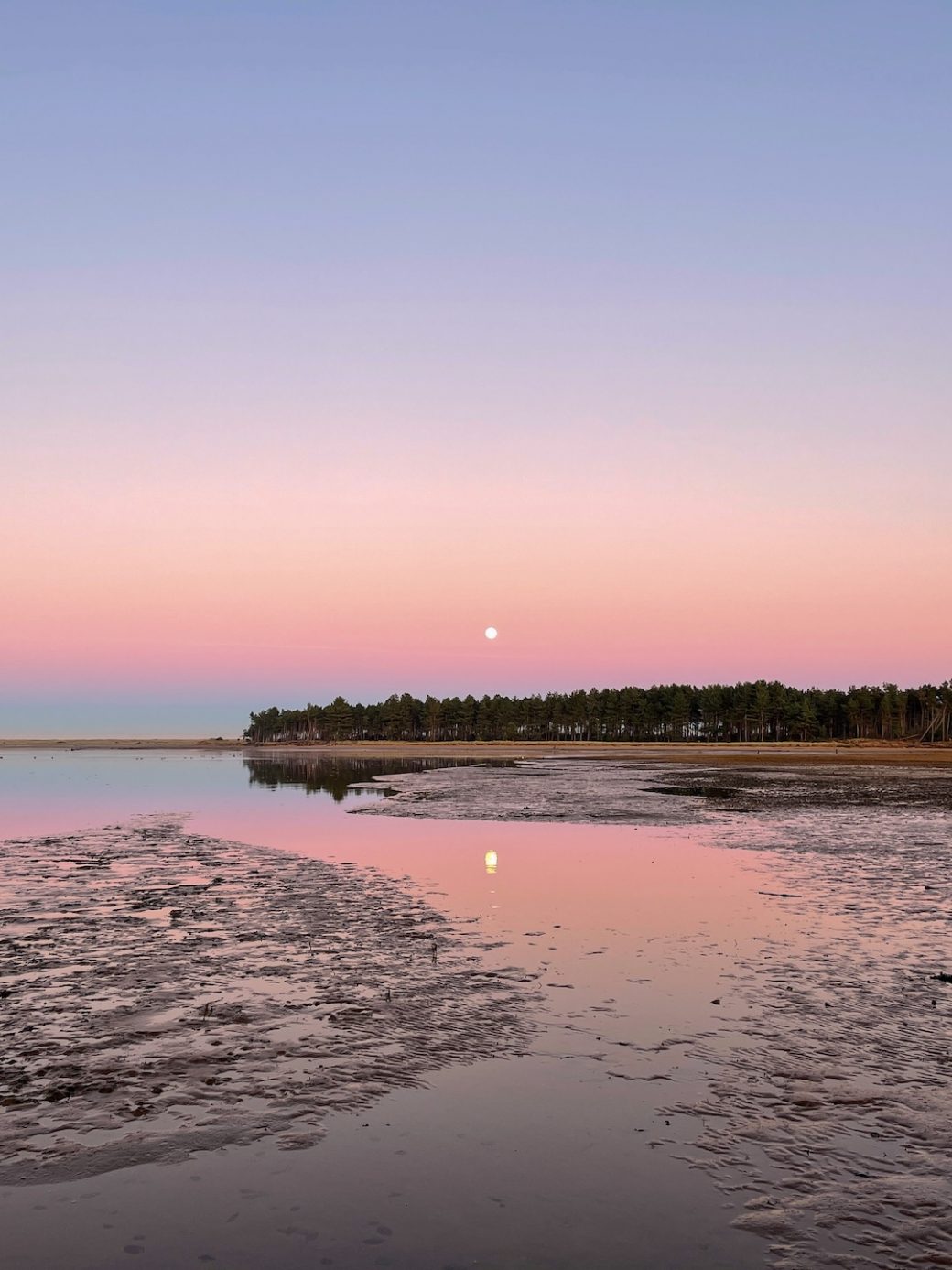 What is the first thing you notice when looking at the photo above? Is it the moon? Very possibly. It was so beautiful in reality; huge, much bigger than it appears here, and I was frustrated that I couldn’t capture its scale or beauty.

Perhaps it’s the colour, that incredible glow of pink and lilac. The light was staggering; that light just after the sun had set when the sky burst into colour.

But for me, my eye is drawn to the line of trees. A familiar sight. The woodland at John Muir Country Park, this place that is my second home. This place that lets me breathe, exhale, unwrap and ease the tangles of my mind, like no other place. I can’t explain it other than to say that this place has been a sanctuary.

So yes, my eye is drawn to the line of trees. Looking at them without knowing this location, you might not notice anything strange. But can you see the light through the trees? The light between the trunks? That is the ‘unfamiliar’ of this place now. From here, this is a scene of peace. Of absolute tranquillity. Of calm water and calm skies. Of crisp and still air. 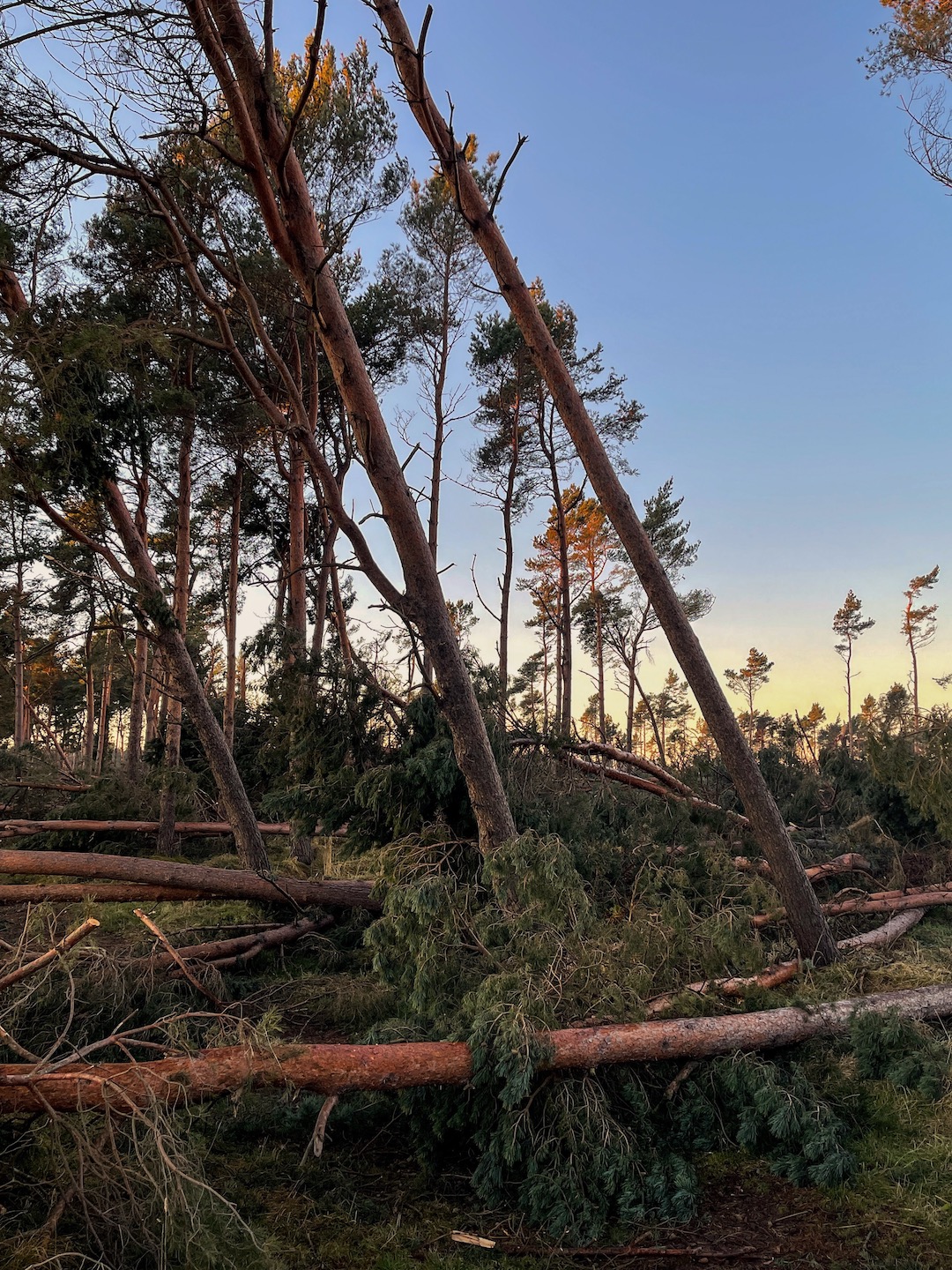 But this woodland, Hedderwick Plantation, was changed forever on the night of Friday 26 November last year. At some point between Storm Arwen’s arrival on Friday afternoon, and the point overnight when the storm eventually passed on, blasting its way down the coast and inland, leaving terrible destruction in its wake, this woodland was destroyed. Trees gulped from the earth, having fallen like dominoes all the way across the plantation. Others ripped apart, literally, shards of wood where there had been tree trunks and branches; those branches laden with dense needles and cones hanging shattered. Others snapped, literally snapped, like a twig in a child’s hand.

The violence of this, in a place of such peace.

The weather forecast on the Thursday of that week had predicted winds of 45 to 50mph. But Arwen had other ideas: 90, 95, 100mph. On Saturday, after the storm, and after walking here and witnessing the destruction for the first time, reeling from the shock of it, I searched for information and came to a graphic that someone local had posted on Twitter showing the wind speeds overnight, with gusts of just over 100mph. We don’t see storms like this.

An estimated 3,000 trees were destroyed, 75 to 80% of the plantation, and many more are left ‘hanging’, unstable. Photographer and filmmaker Rob McDougall shot a film at John Muir on the weekend after Arwen, and you can watch it here. Rob’s haunting drone footage captures the scale of the devastation in a way that photos can’t.

Over the next few days, the weight of this loss set in; the grief of it. What had been lost for us and for everyone else who walks here. This place means a lot to many. I shared this post  on Instagram, and this one, and then this one, along with a story here on Steller. You can find all the other Instagram posts I’ve shared under the hashtag #wheretreesoncestood. So I don’t want to repeat myself here. But I do want to give the context for this post, and for all those to follow from John Muir. 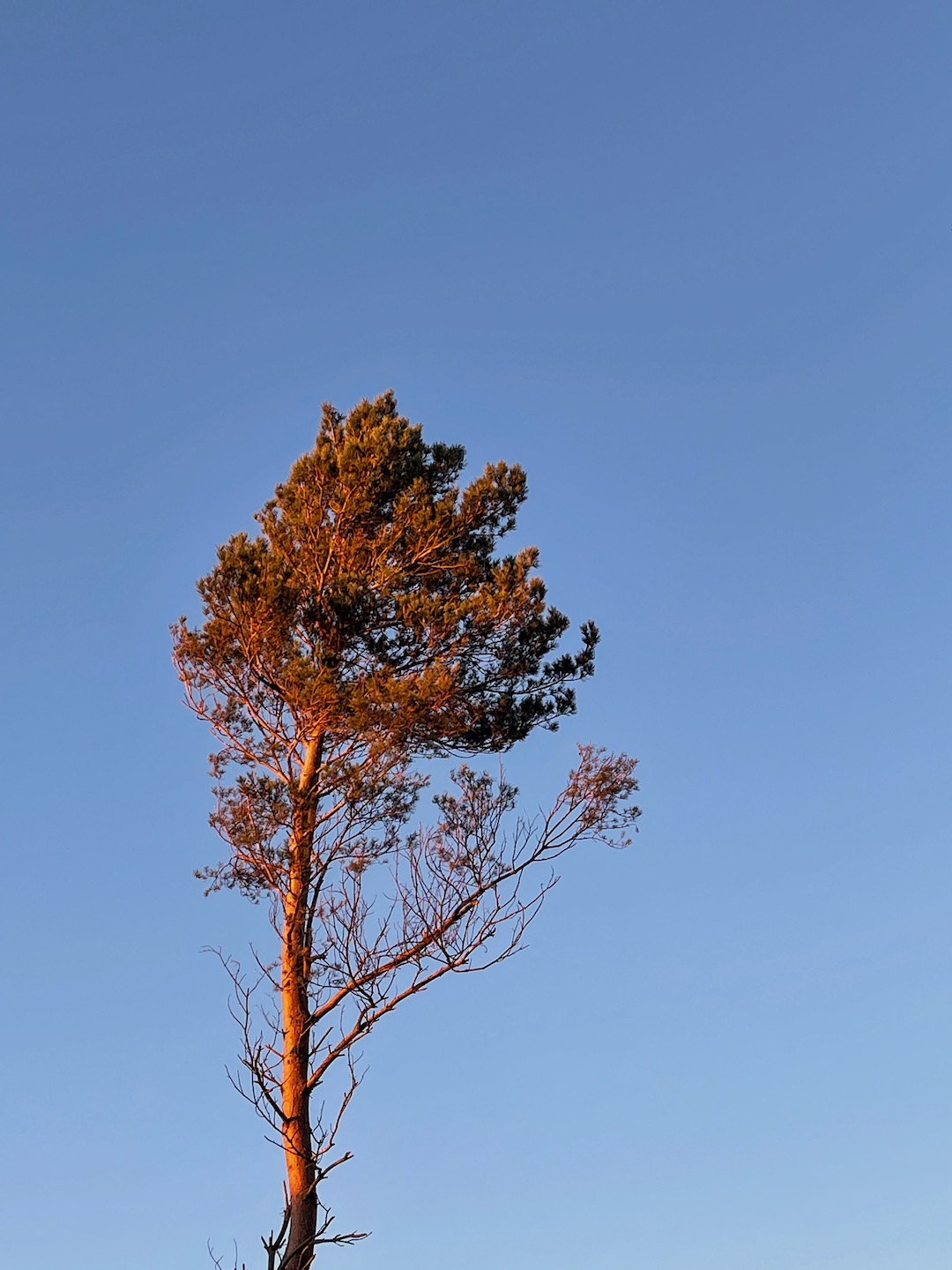 This photo, and the one above, were taken from the path that leads along the side of the wood that’s closest to East Links Family Park. This path was completely closed at first, covered in trees, and it was first path to the opened. Overall, John Muir Country Park is owned and managed by East Lothian Council, and the responsibility for the safety of walkers here fell to the council in reinstating  the route around this woodland. But the plantation is privately owned, so the questions remain over what happens here next. Over when and how this area will be cleared of the fallen trees and how it will be replanted. That’s all for later blog posts, further down the line. 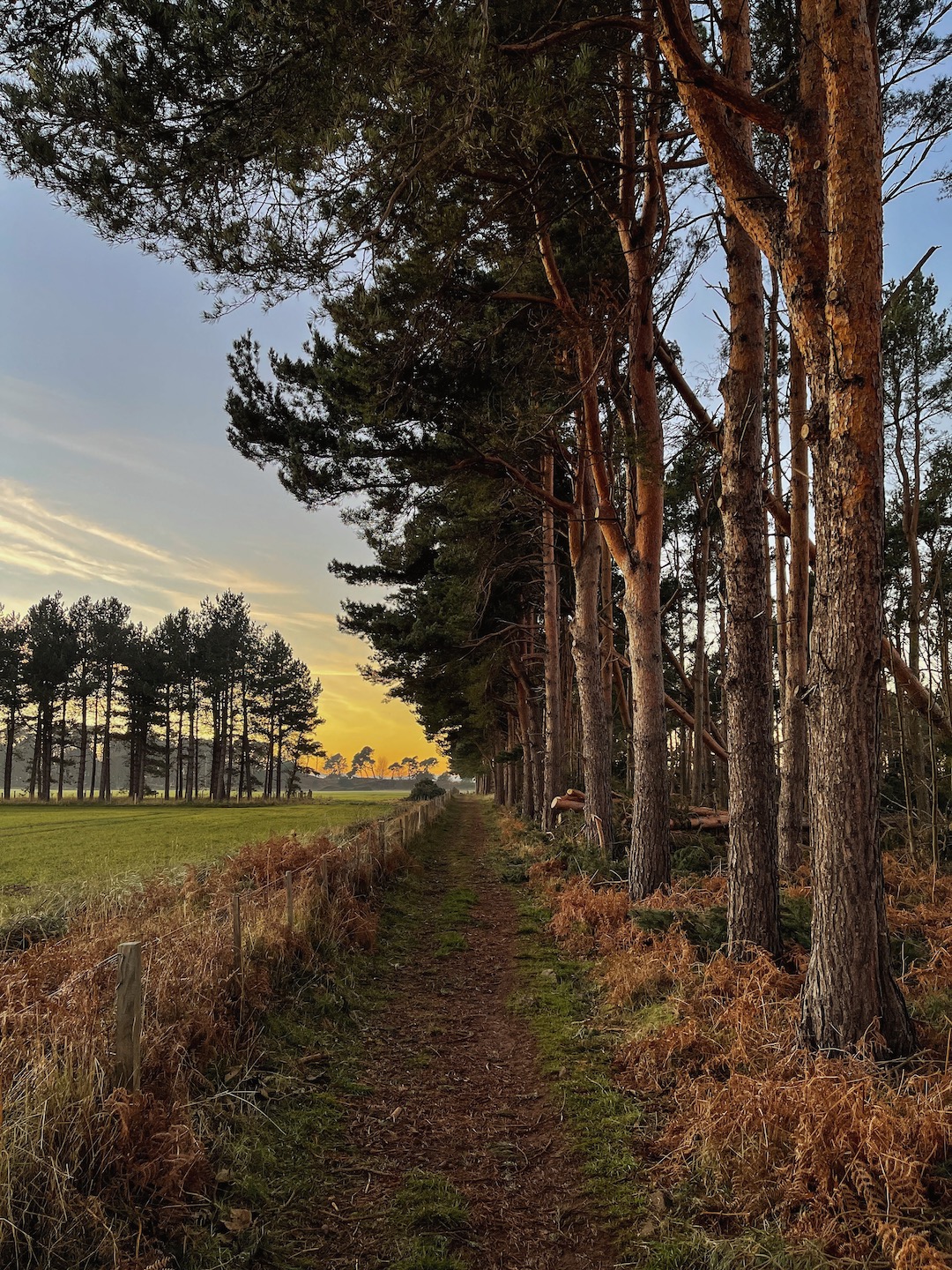 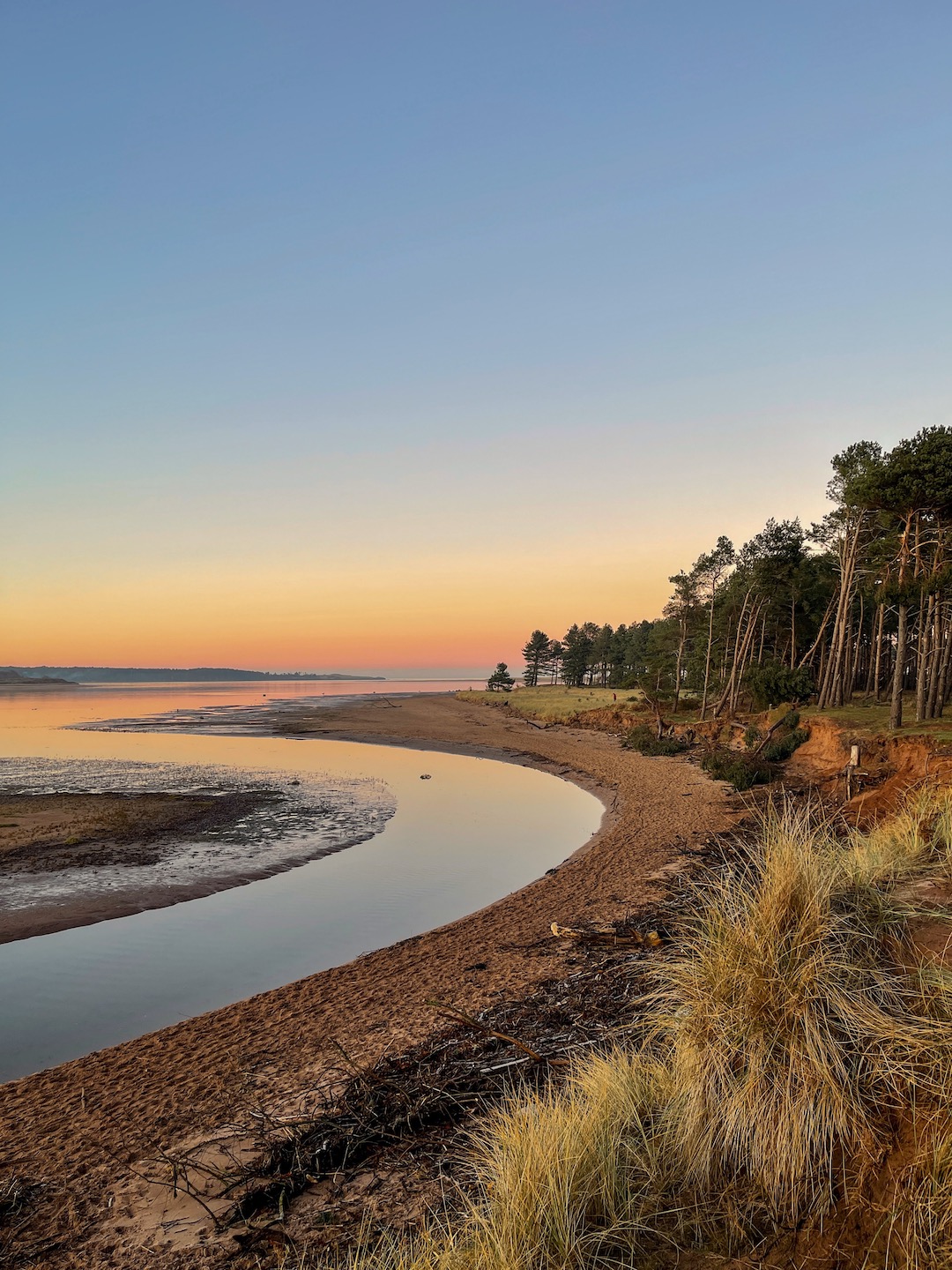 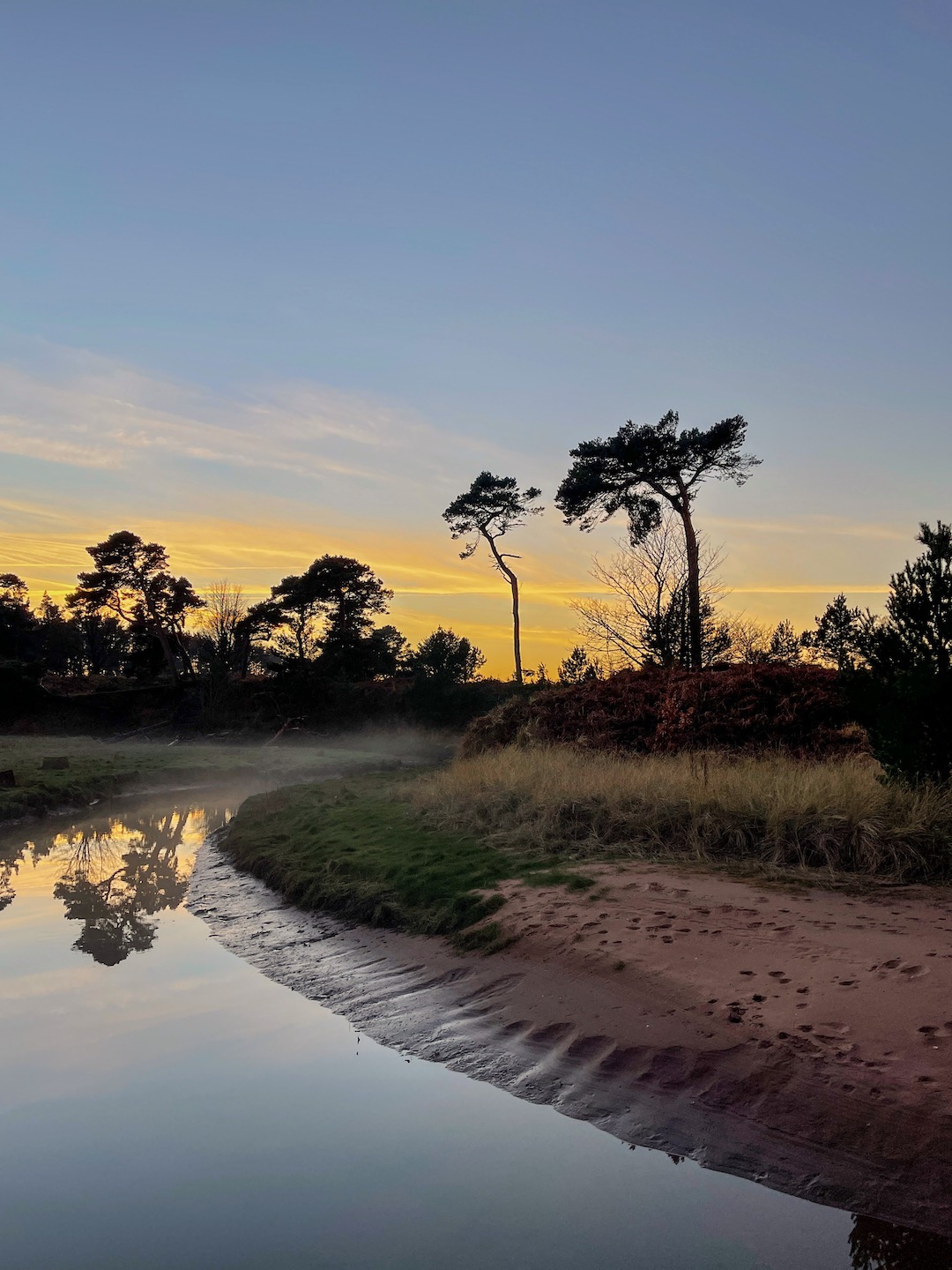 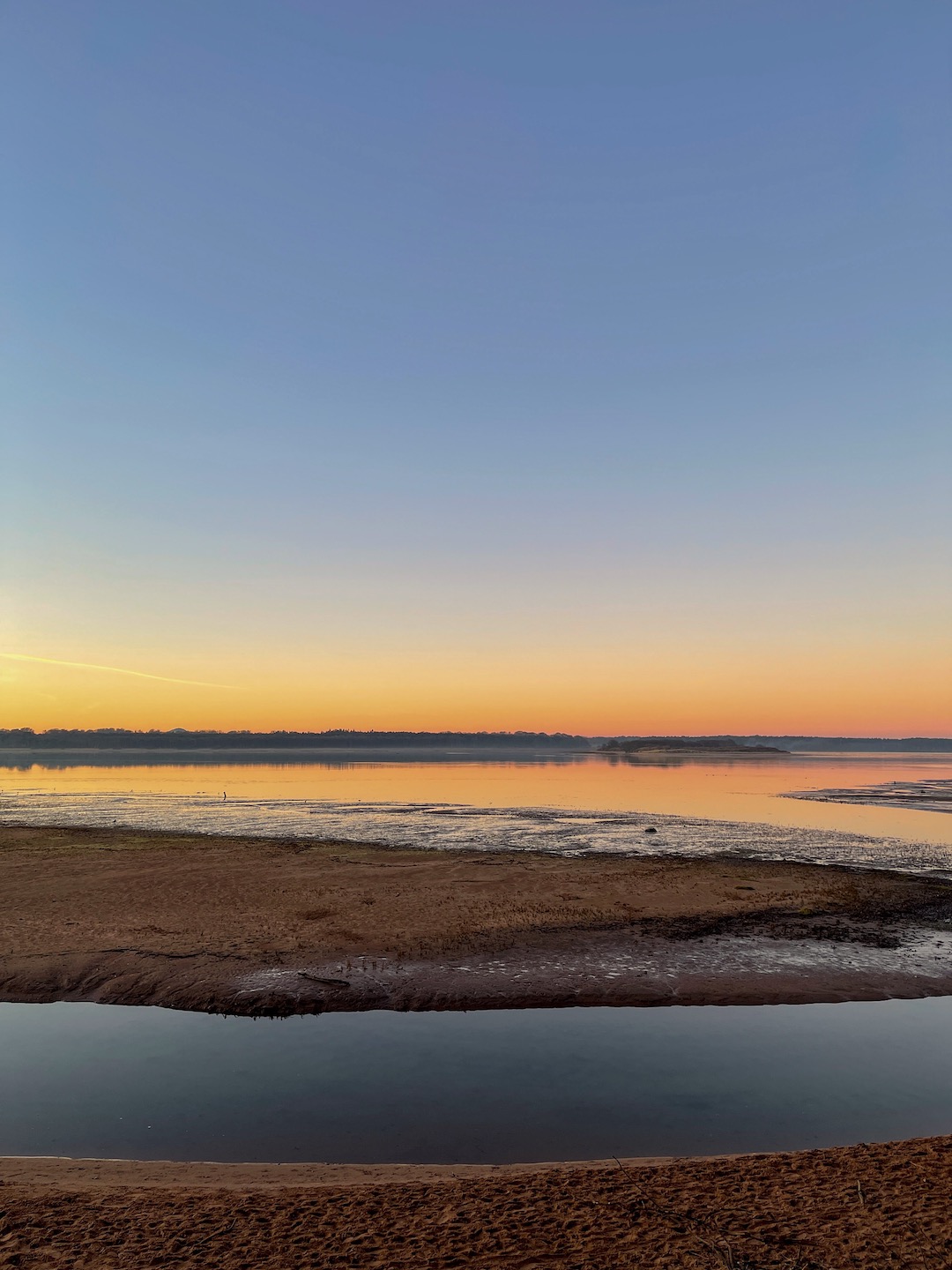 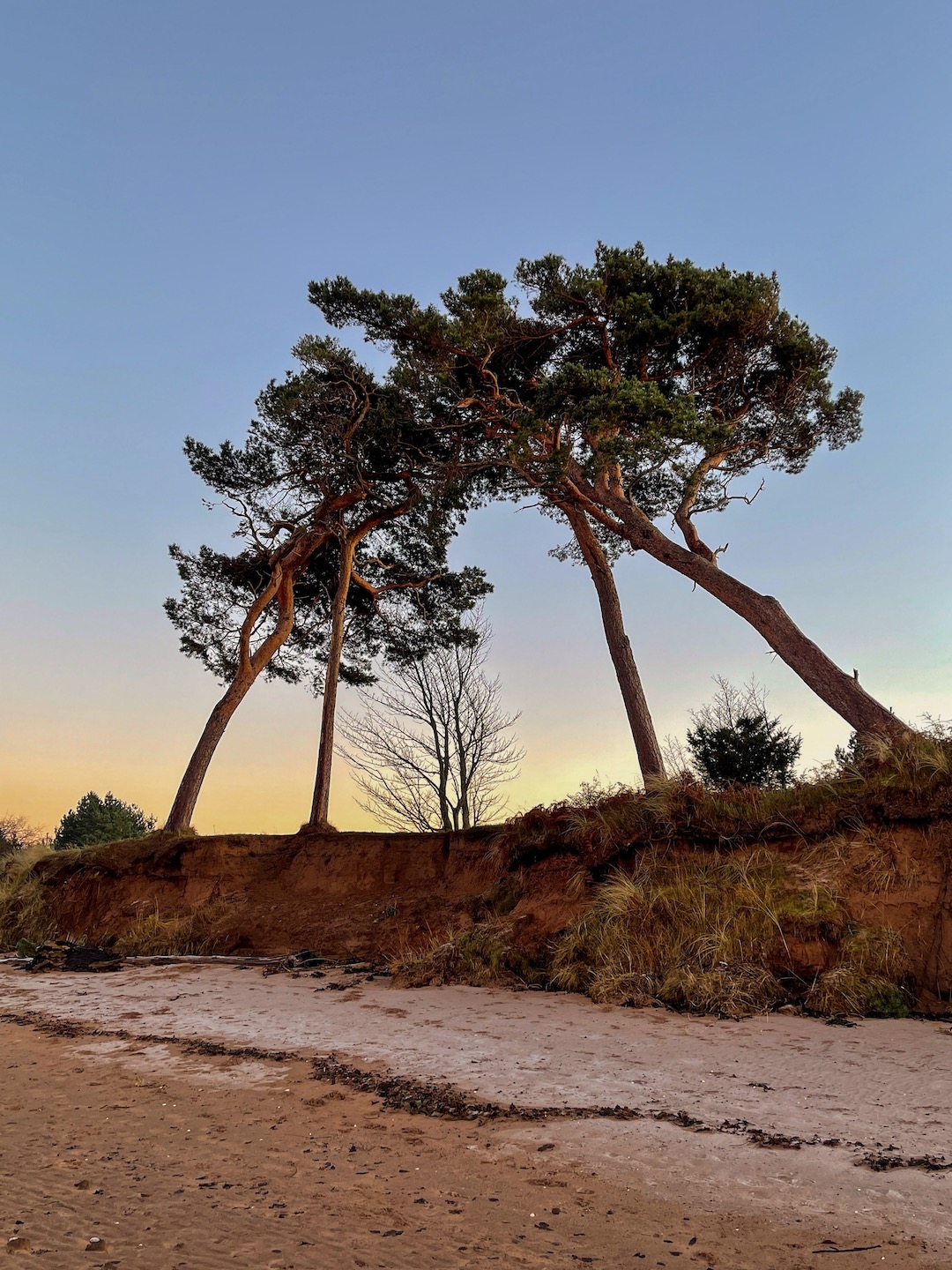 But on this walk on the weekend before Christmas, we were simply enjoying this incredible light, and the peace of this place. The peace apparent again within the devastation. Birdsong echoing from over the water. The quiet hush. And the moon as it rose from above the trees, as if rising from the broken woodland itself. As I stood here in the bay, on Hedderwick Sands, by the water’s edge, watching this scene unfold, it felt incredibly powerful. Nature’s beauty and her destruction side by side. 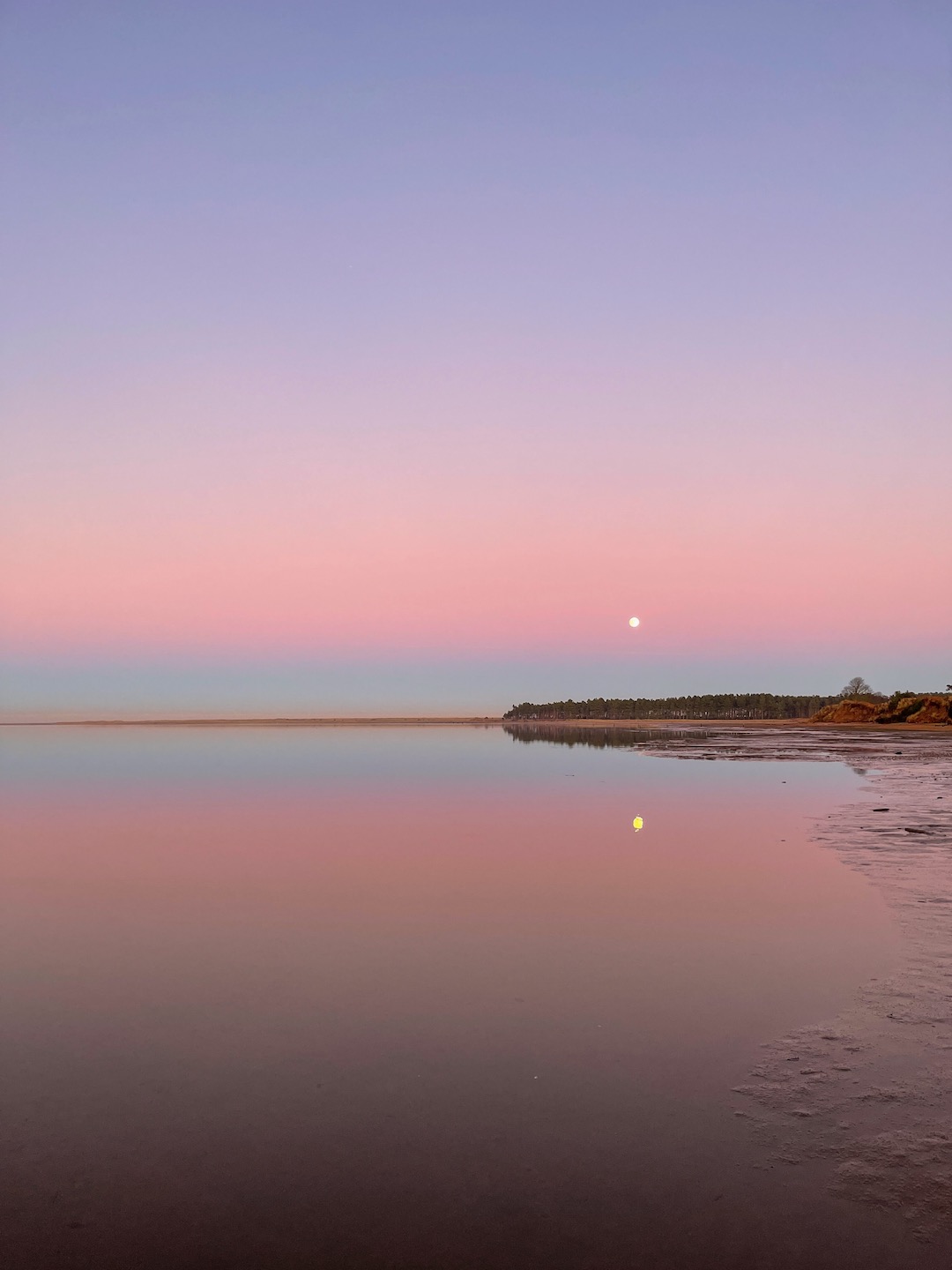 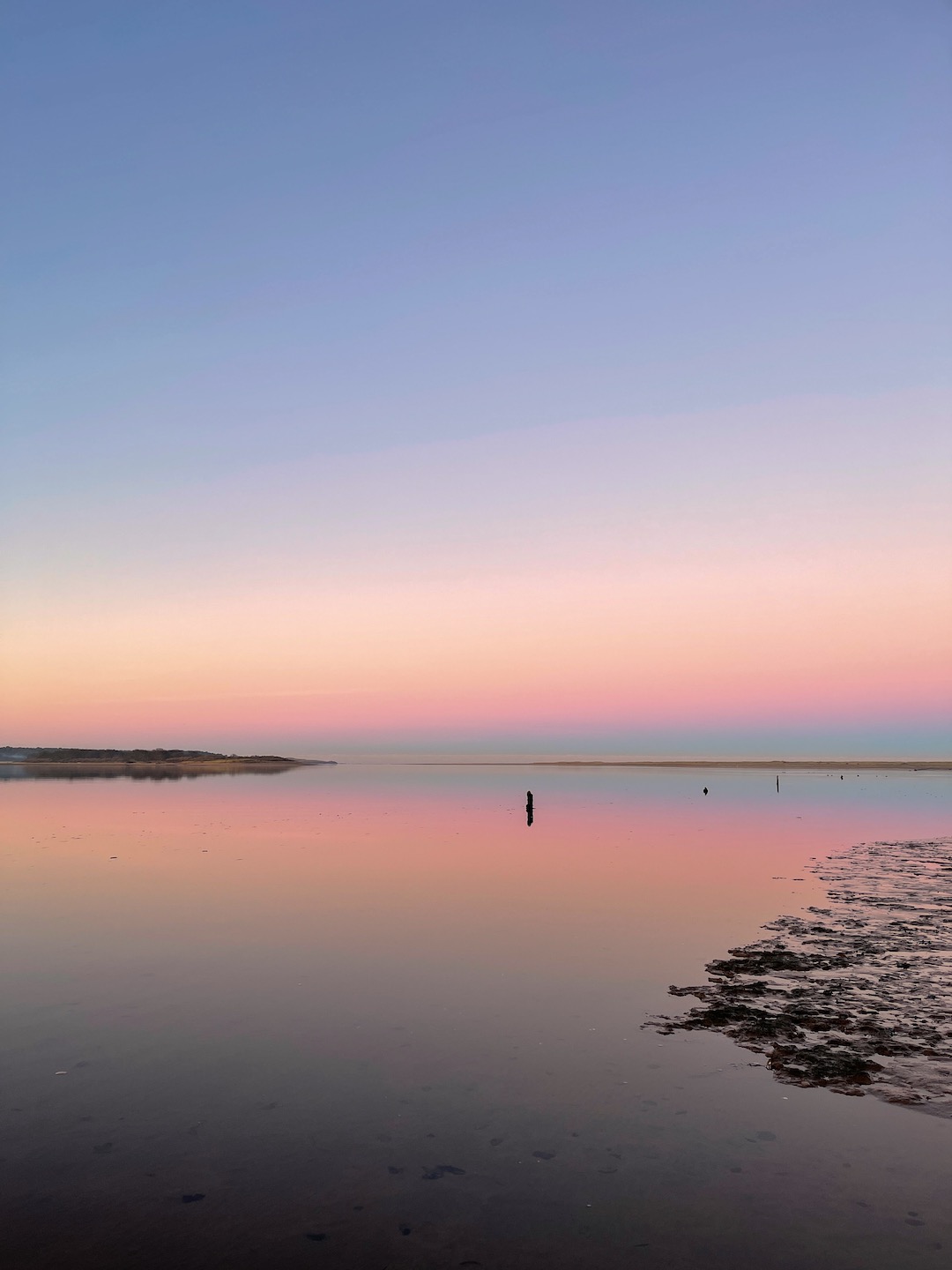 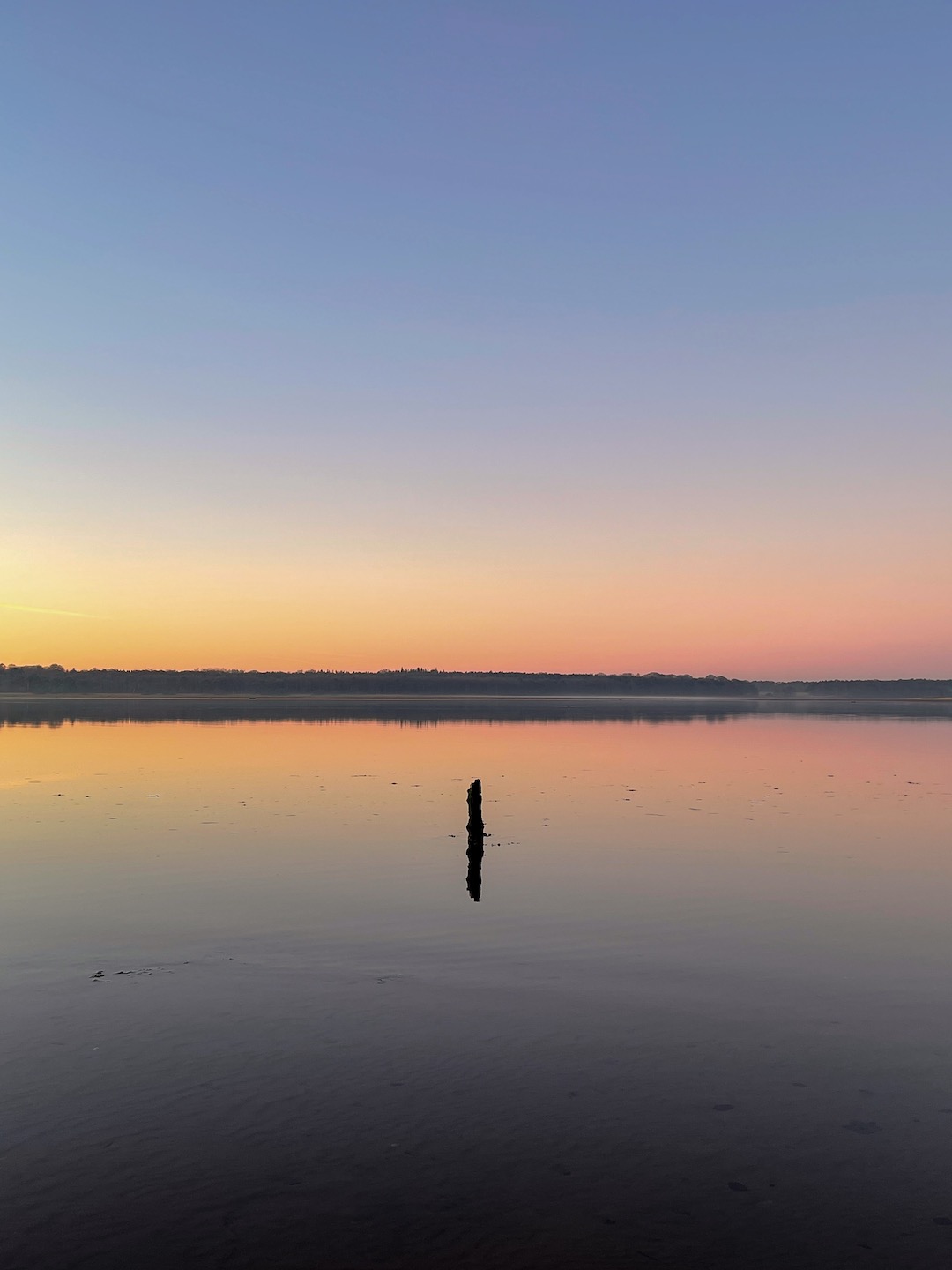 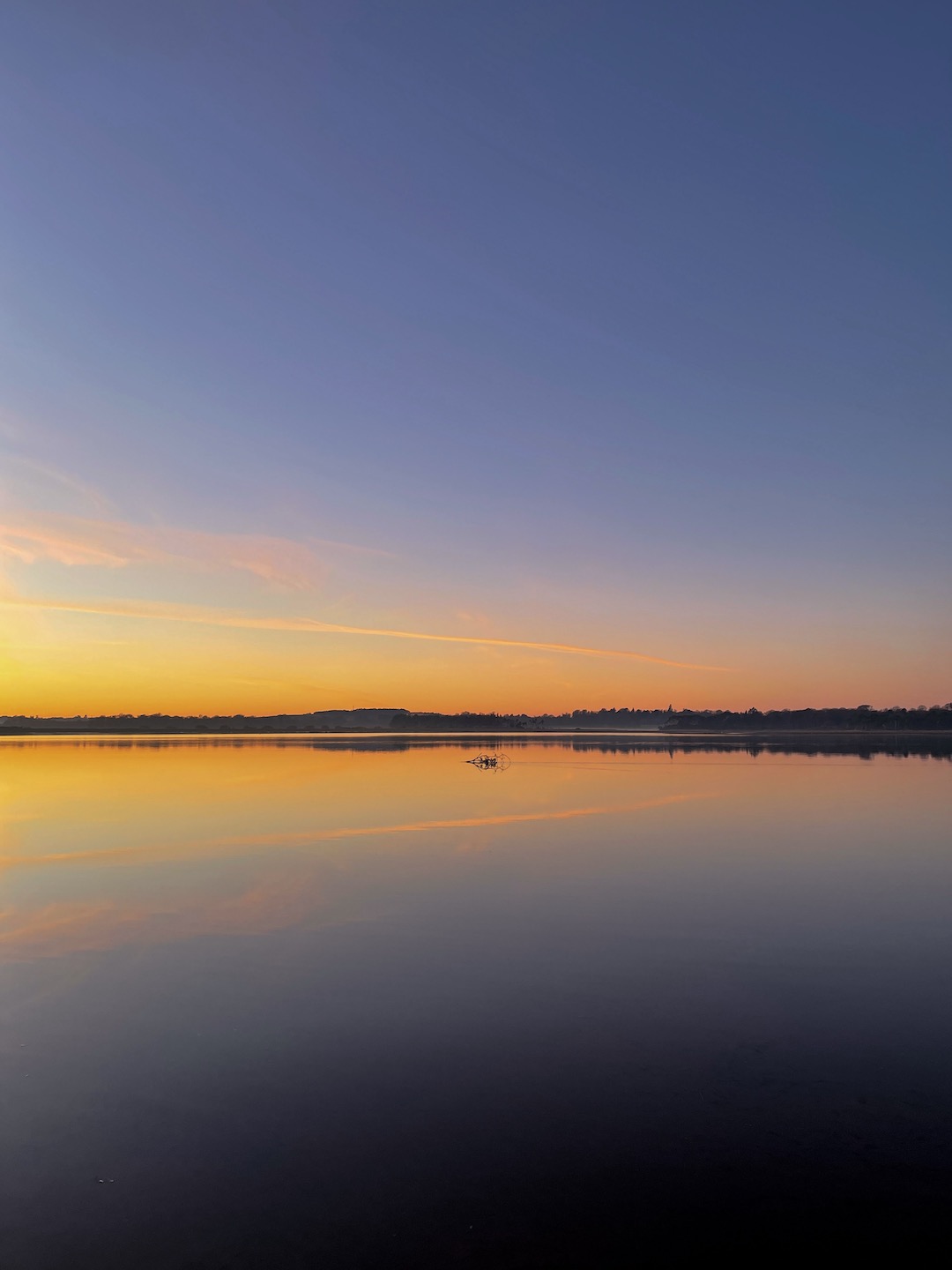 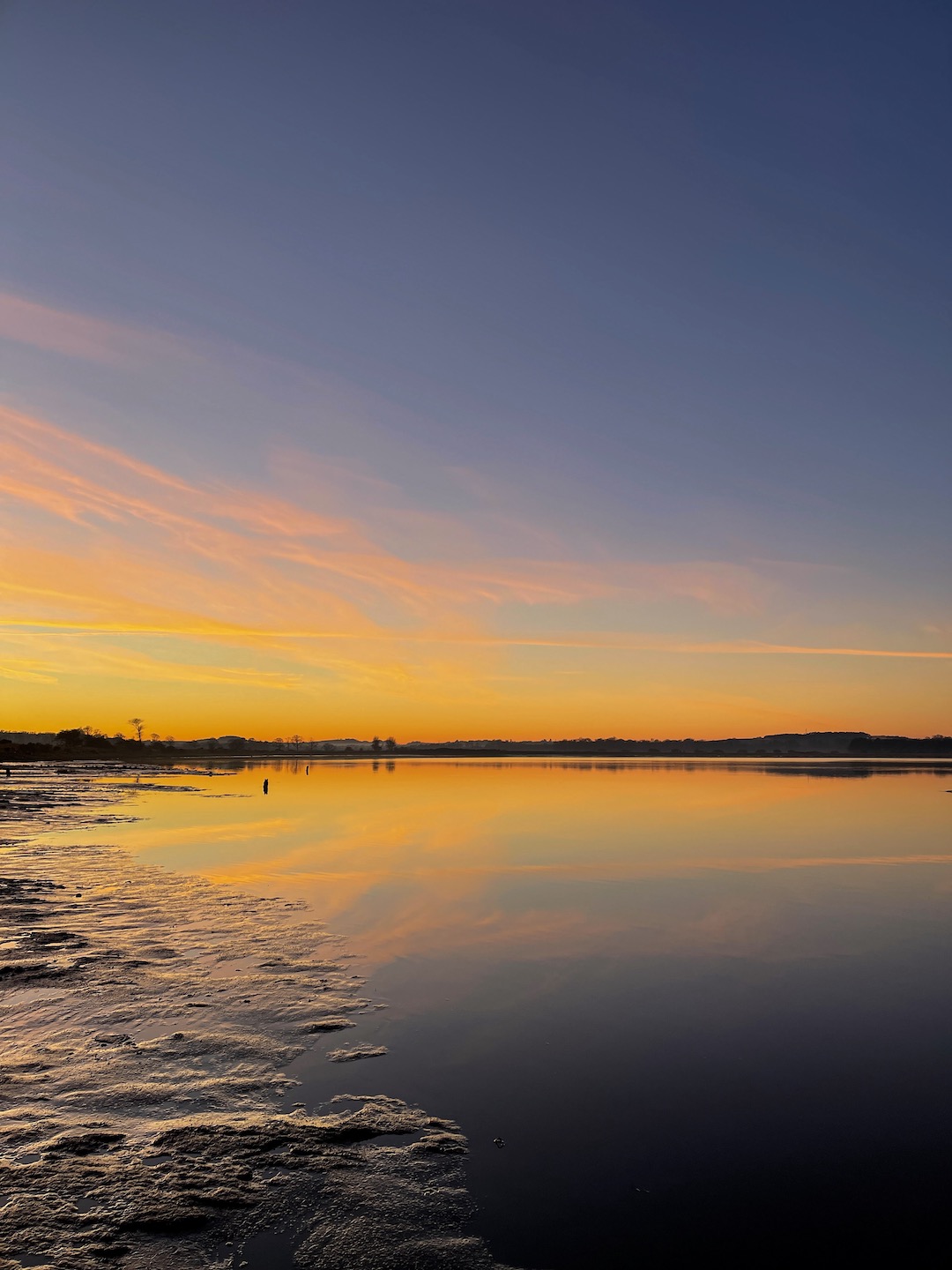 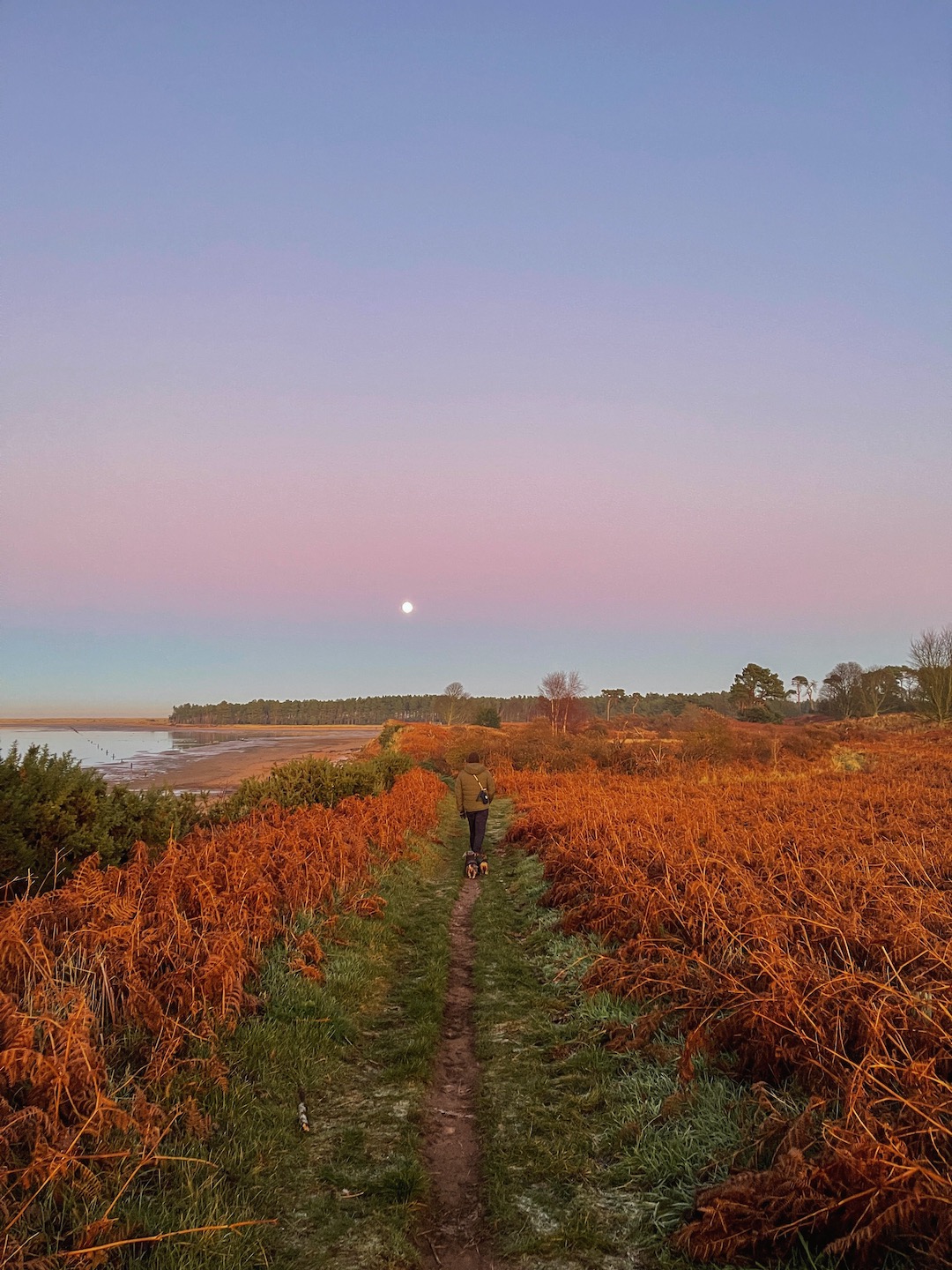 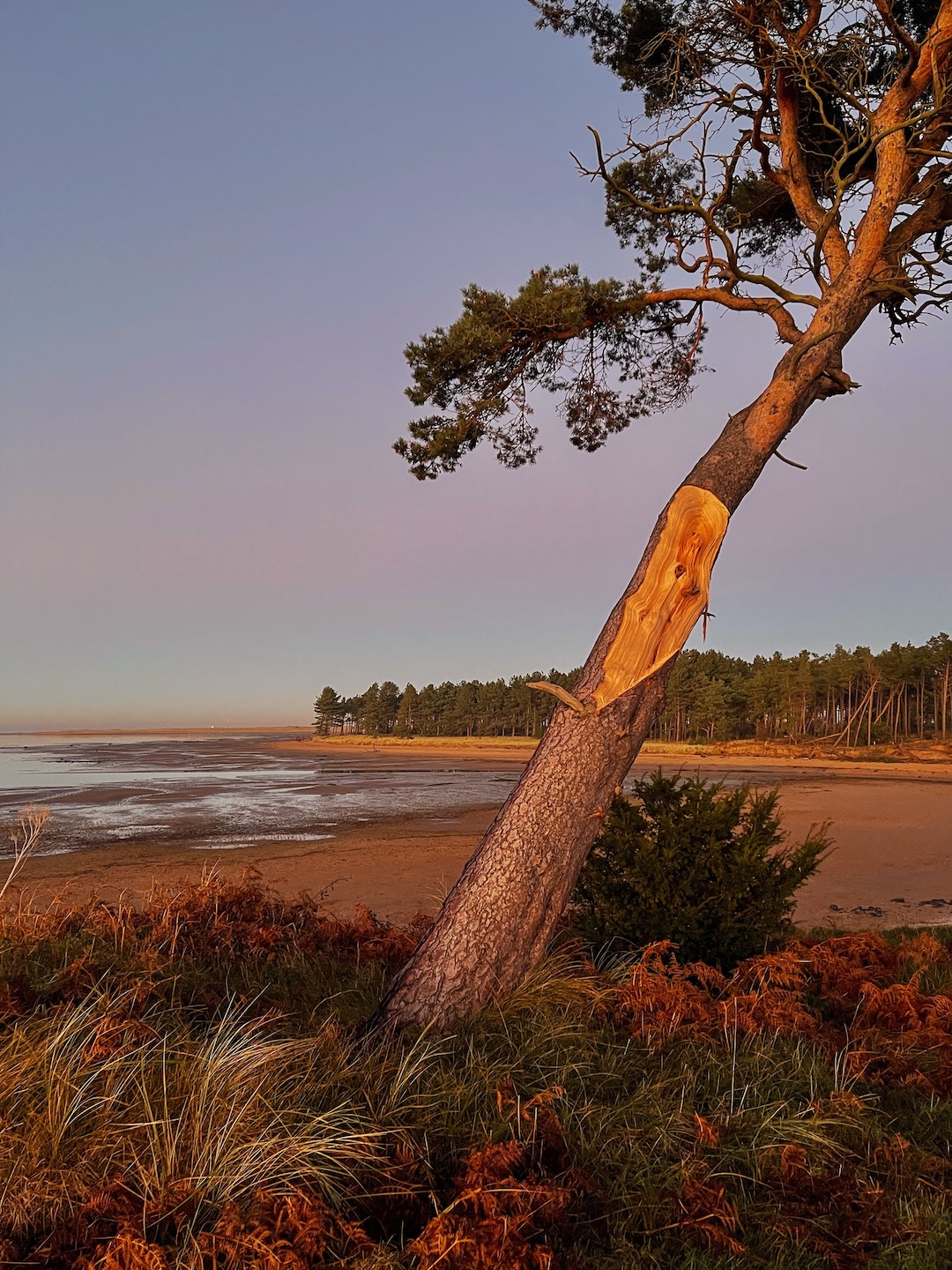 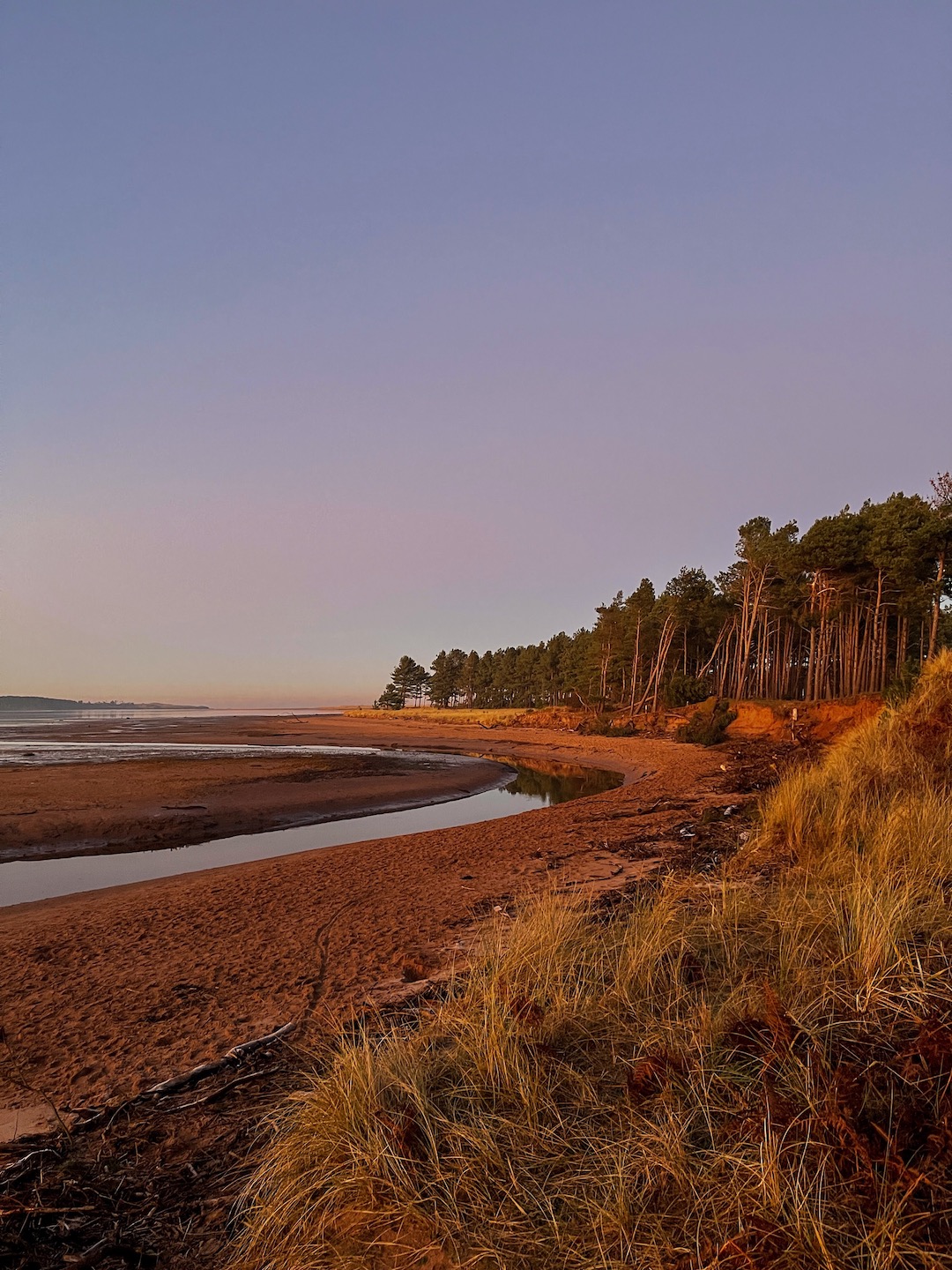 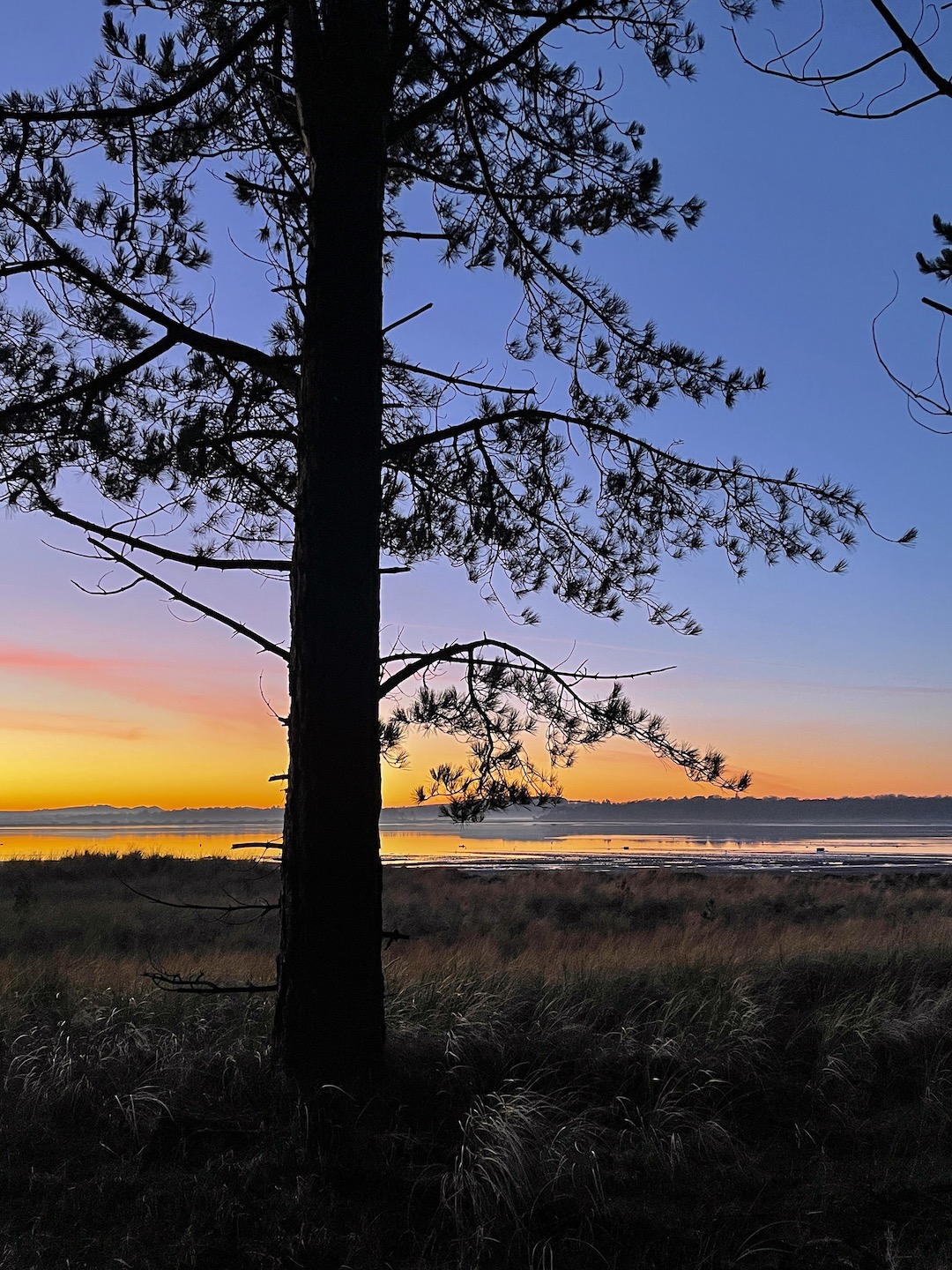 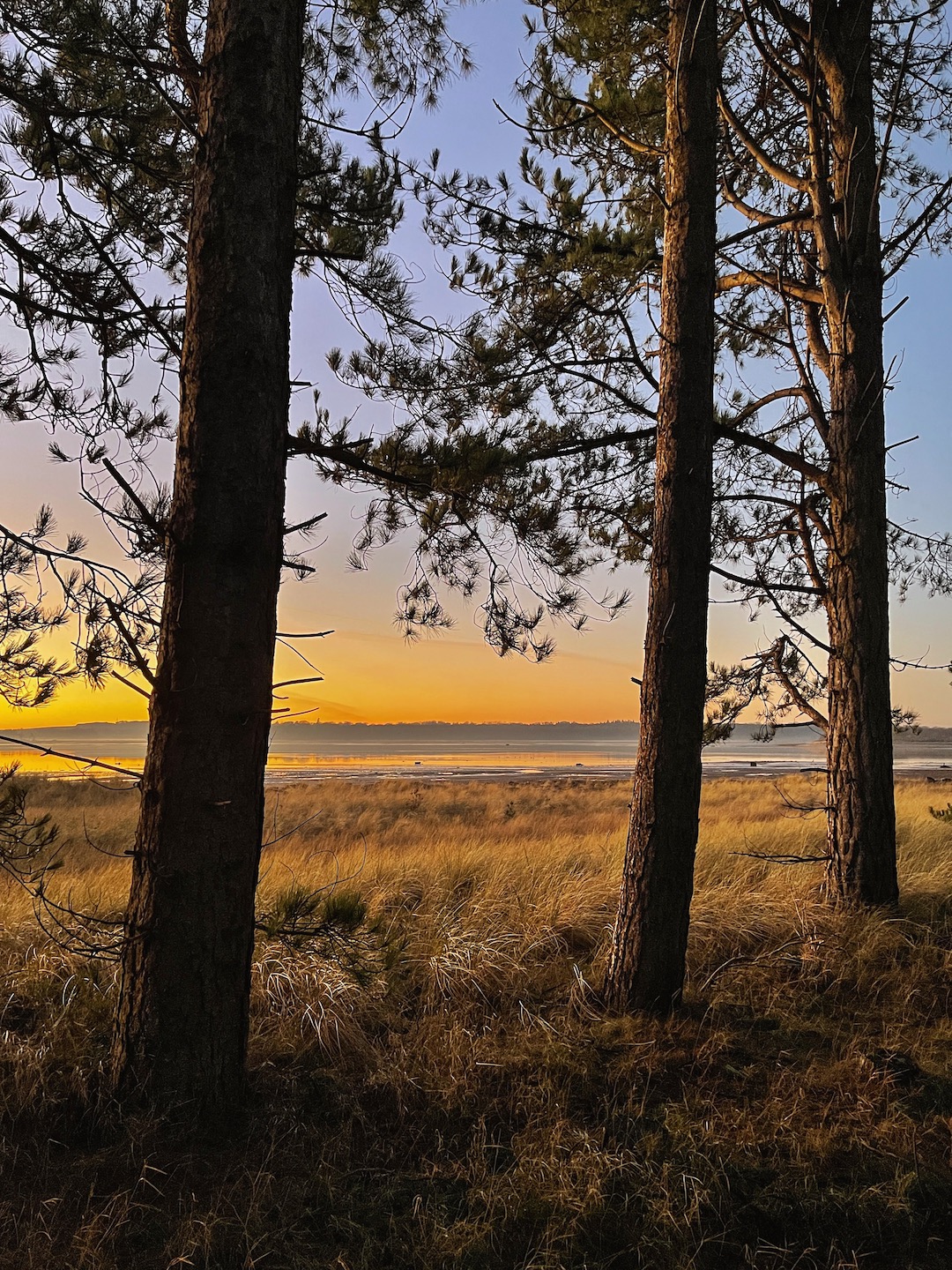 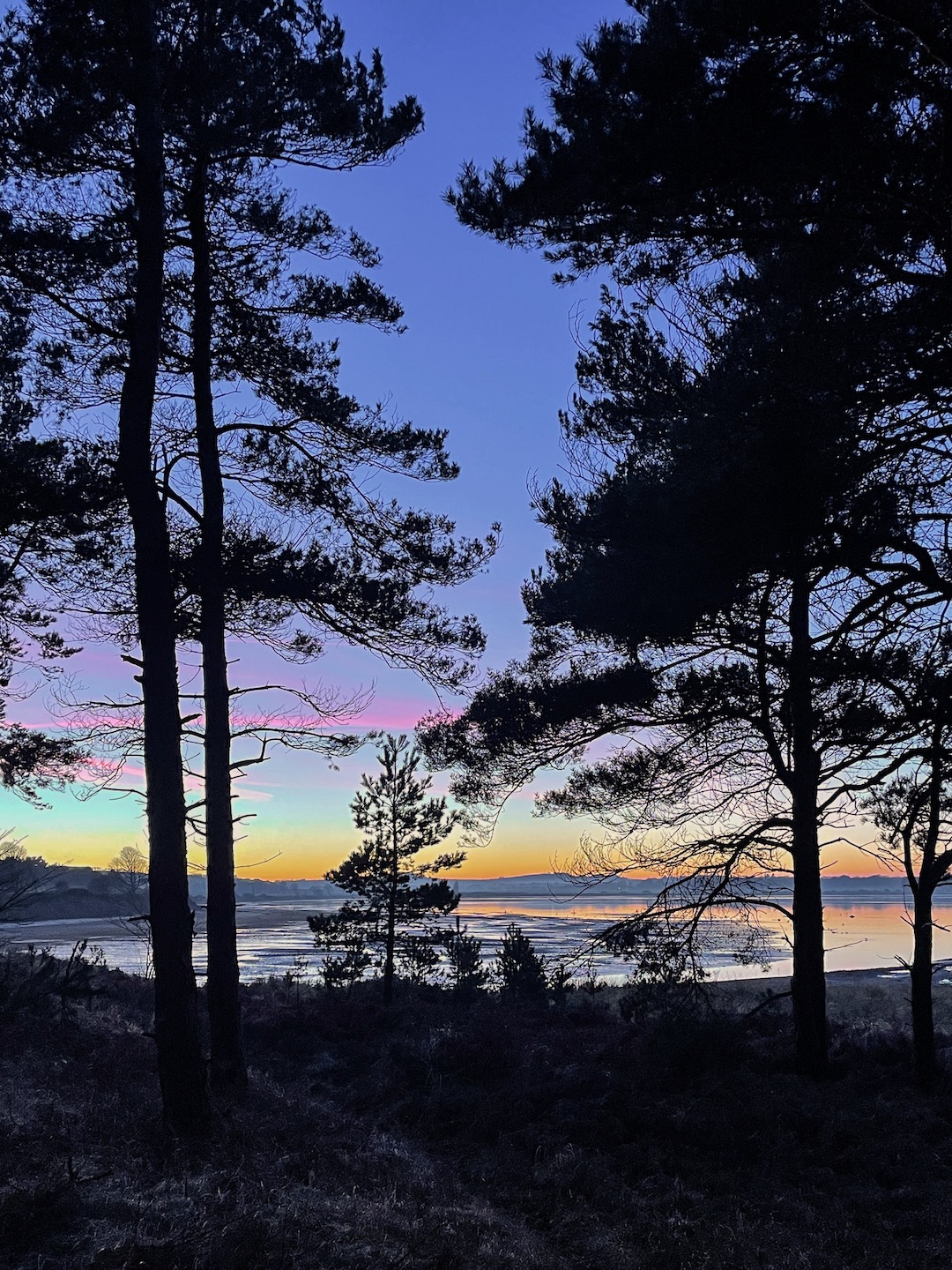 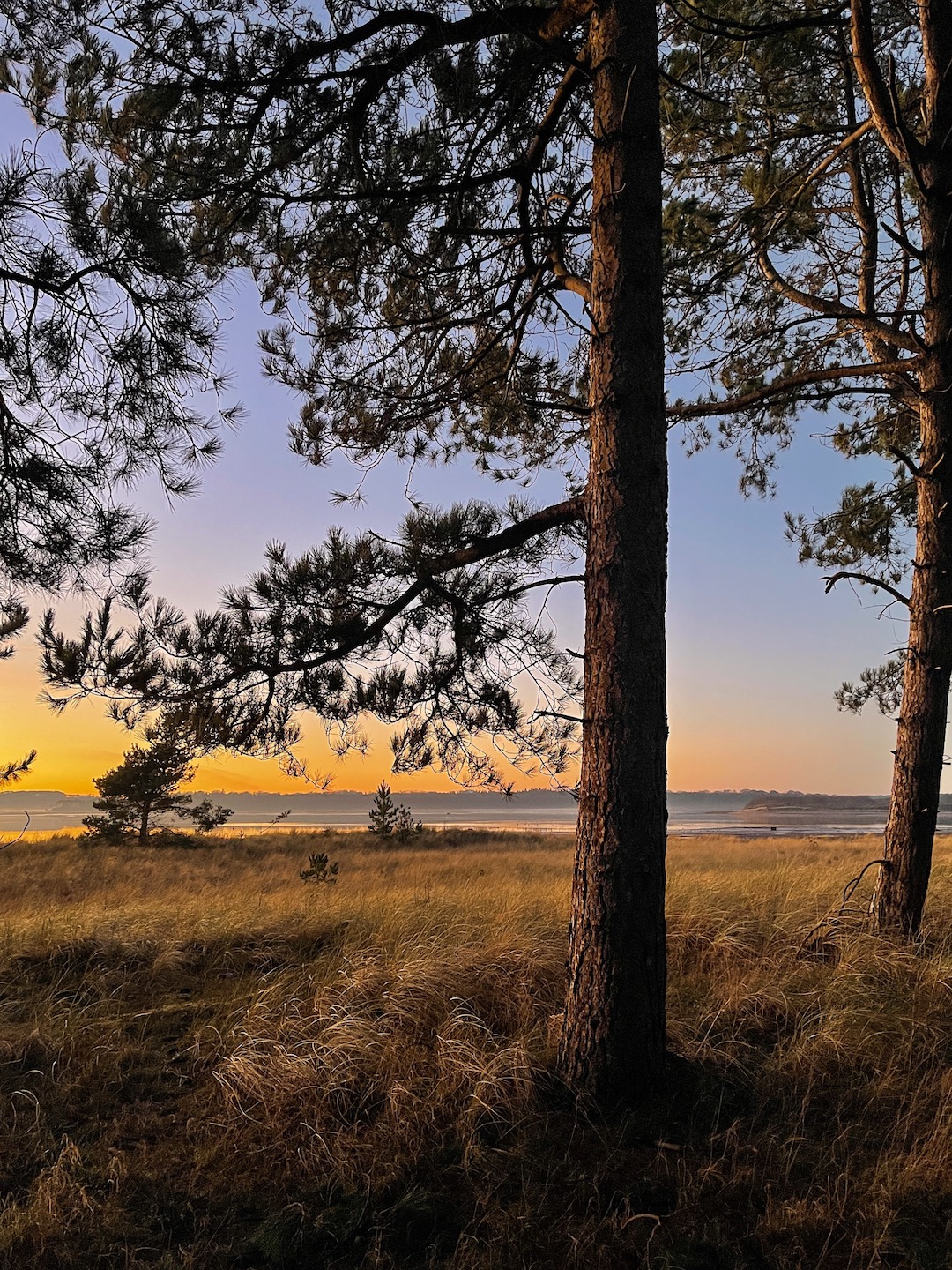 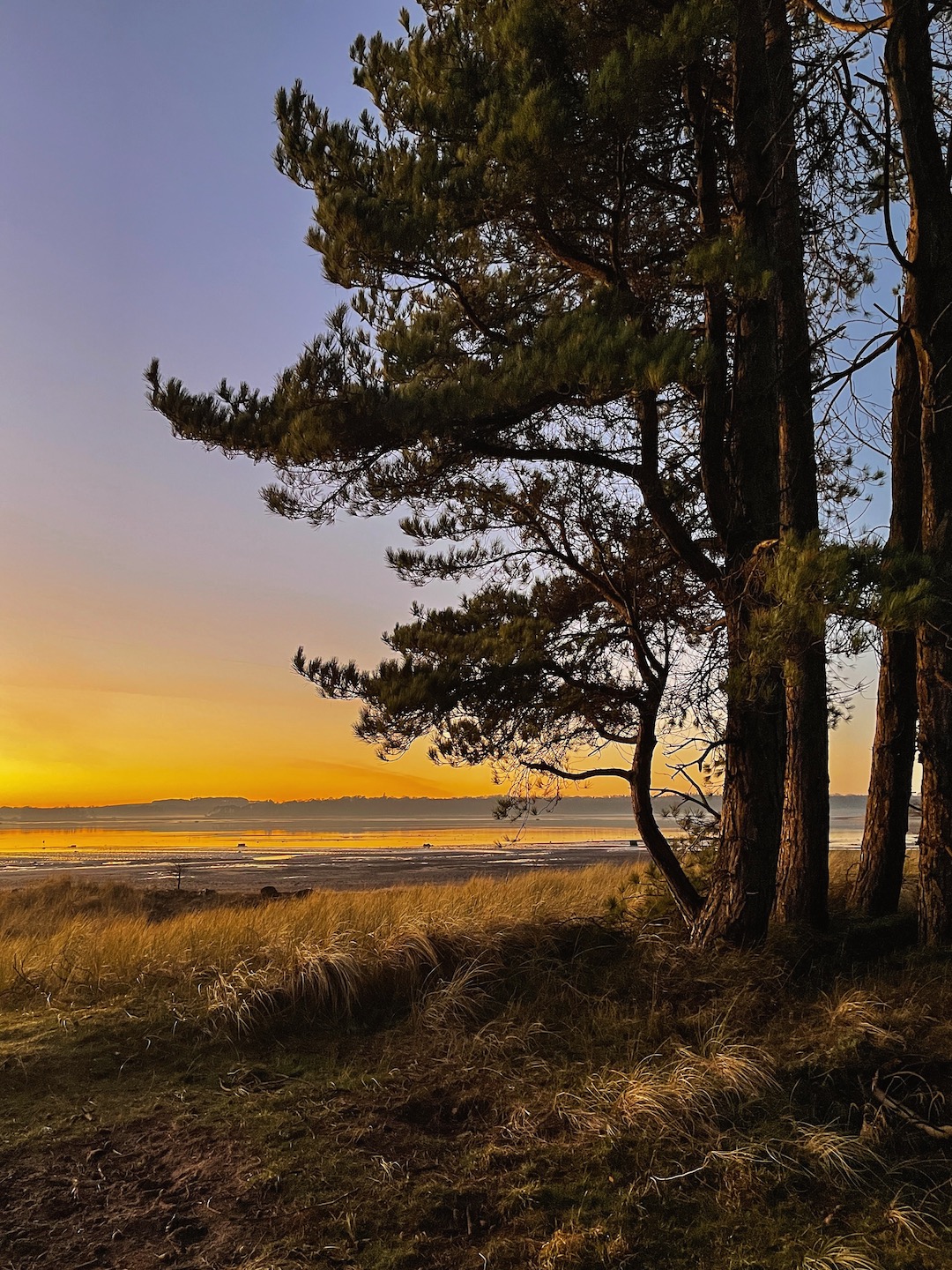 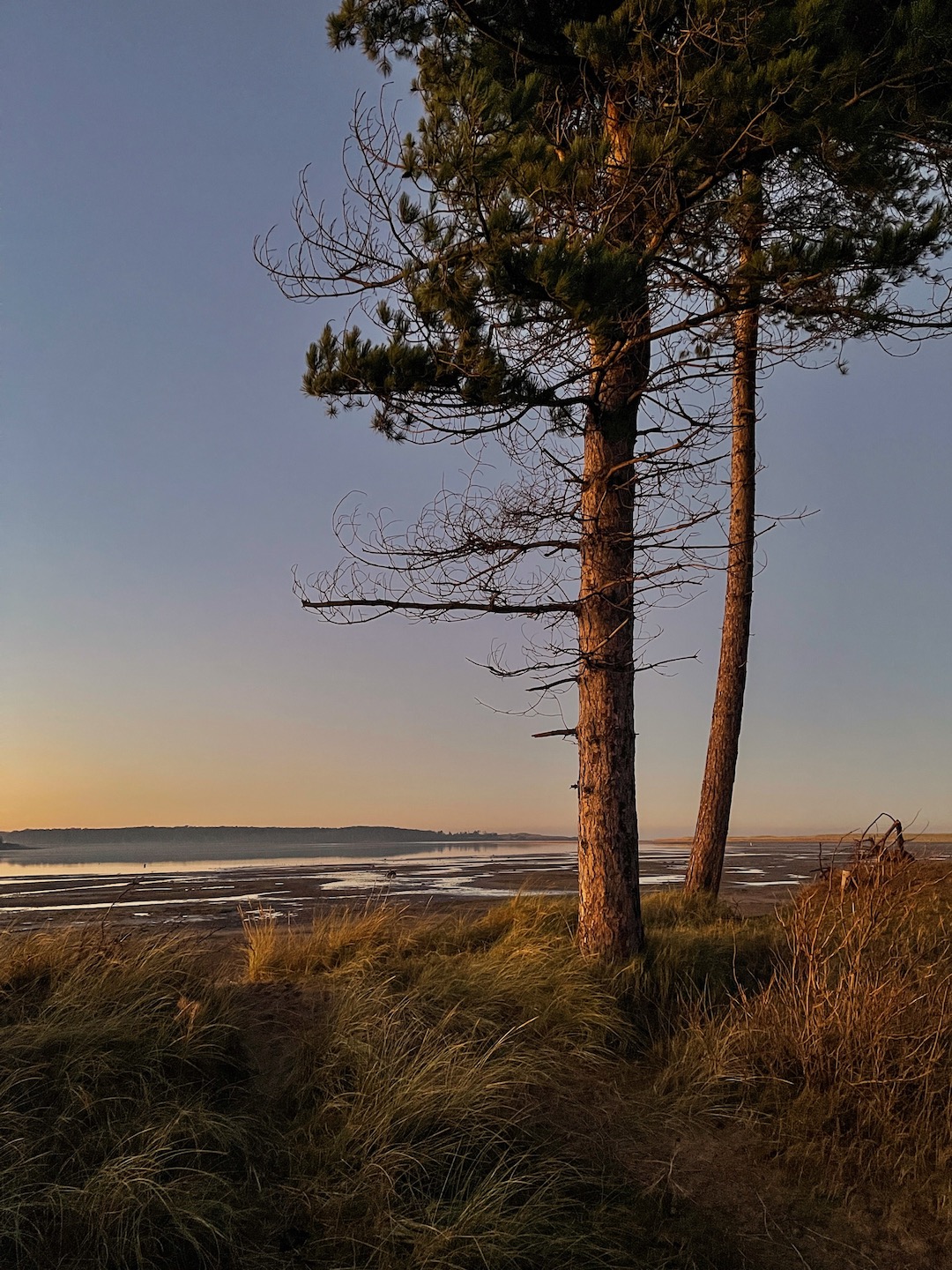