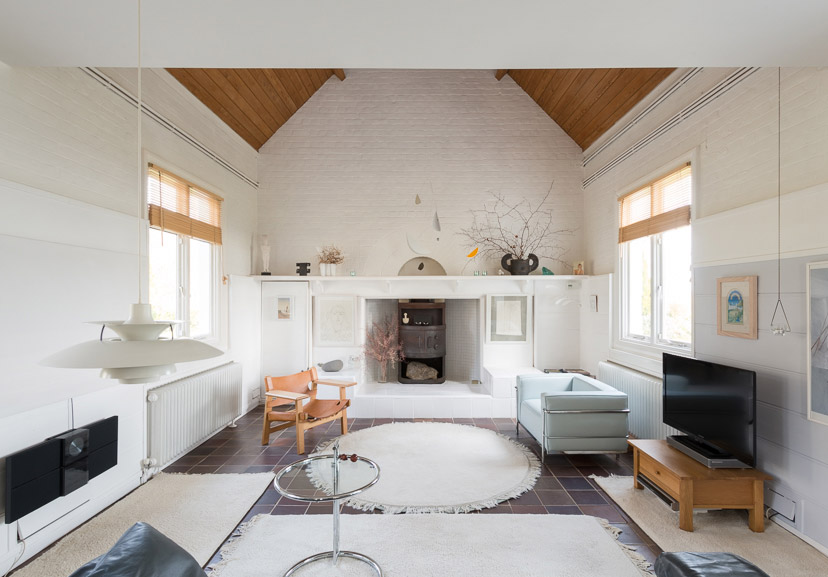 I’ve featured a few live/work spaces so far on the Files with properties such as The Workshop and Slip House – both highly individual family homes designed by their architect owners to accommodate a studio space for their respective practices. Ten years ago, would live/work spaces have been quite so prevalent? I doubt it. Technological advances have transformed our ability to work from home after all, so more people are in turn looking for homes that offer an integrated studio or office space. 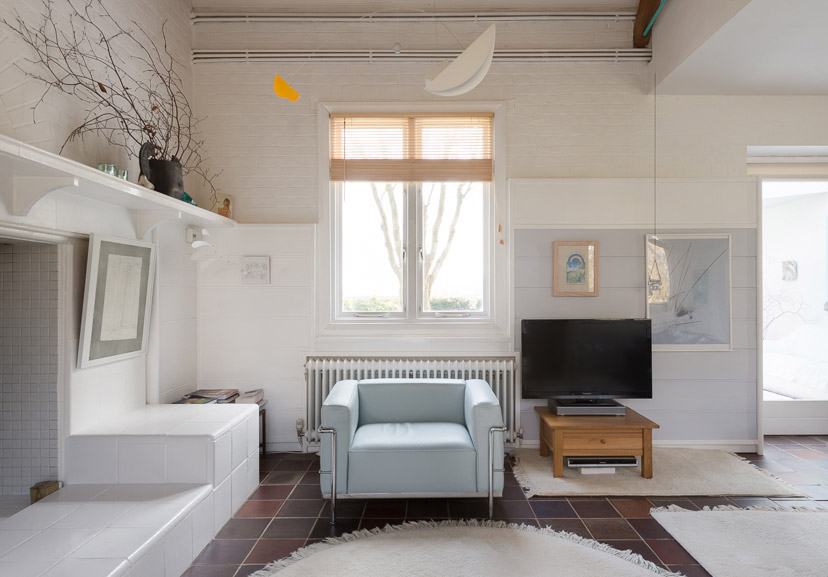 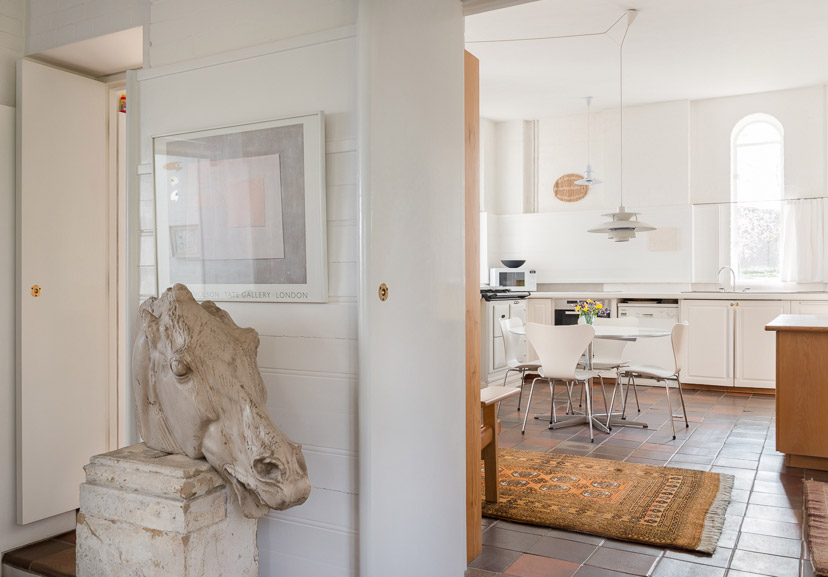 The Water Tower incorporates not one but two studio spaces. The first is found on the first floor of the building and is currently used as an artist’s studio, while the second sits within the tower itself – an open plan studio/bedroom with a lofty timber-beamed ceiling and large windows soaking in the views over the surrounding countryside. As live/work spaces go, this is frankly incredible. 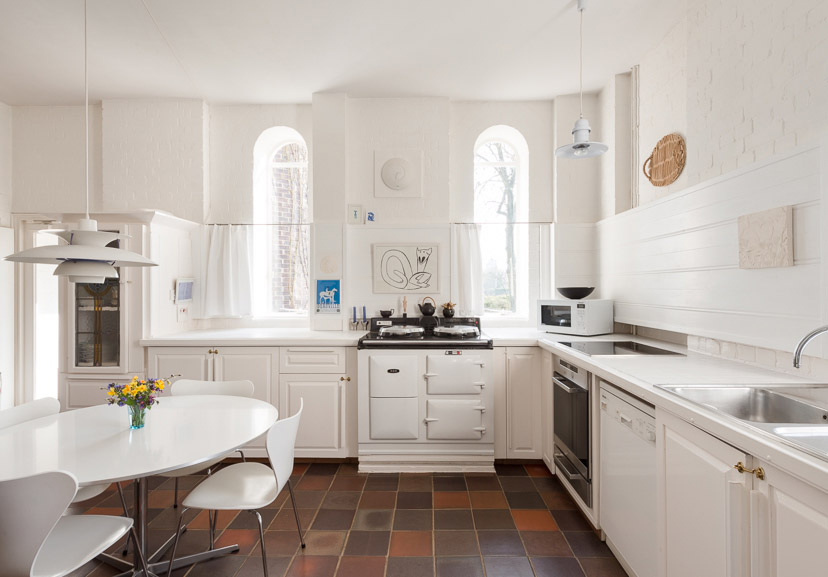 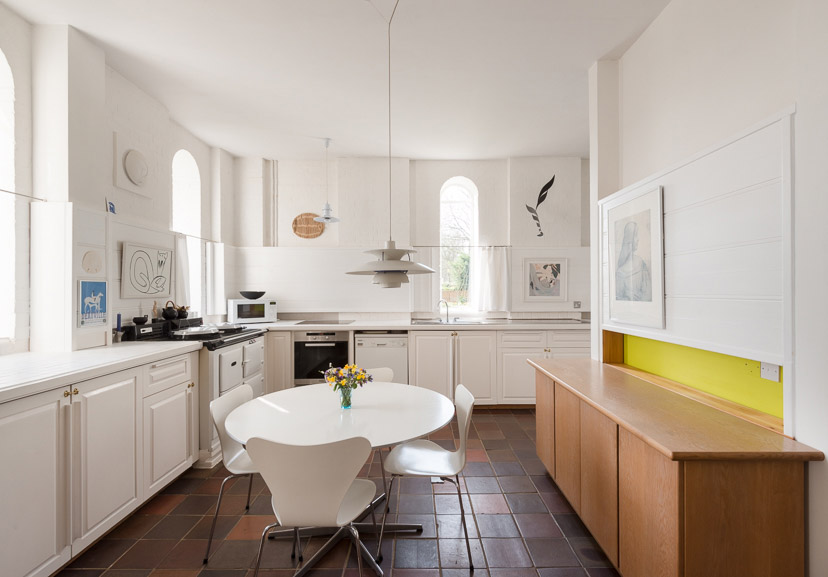 But then, everything about this house is unique, from the history of the building to its conversion into a home, to the more recent refurbishment by owners Trevor and Susan Jones. Located close to the Cambridgeshire and Suffolk border, The Water Tower was built in 1912 and was used as such until 1976. 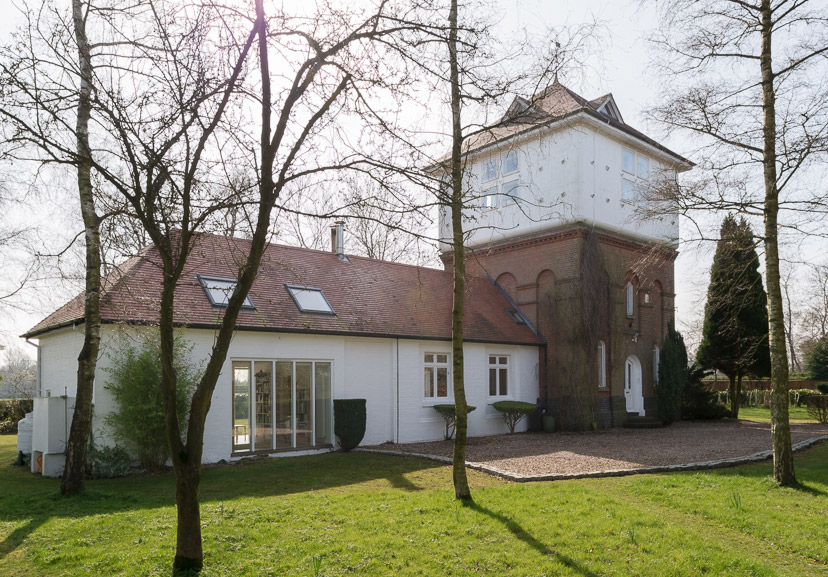 The building was converted in the late 1970s by Bill Wright, a Californian photographer and Apple software writer, and his wife Zara, a writer and potter – a couple who clearly had an eye for the incredible potential this building offered – and they worked with their architect friend Michael Carapetian – now based in Venice, Carapetian tackles largely conservation-sensitive projects. The tower was later sold to musician Roseanne Mark before Trevor and Susan Jones arrived here in 1985. 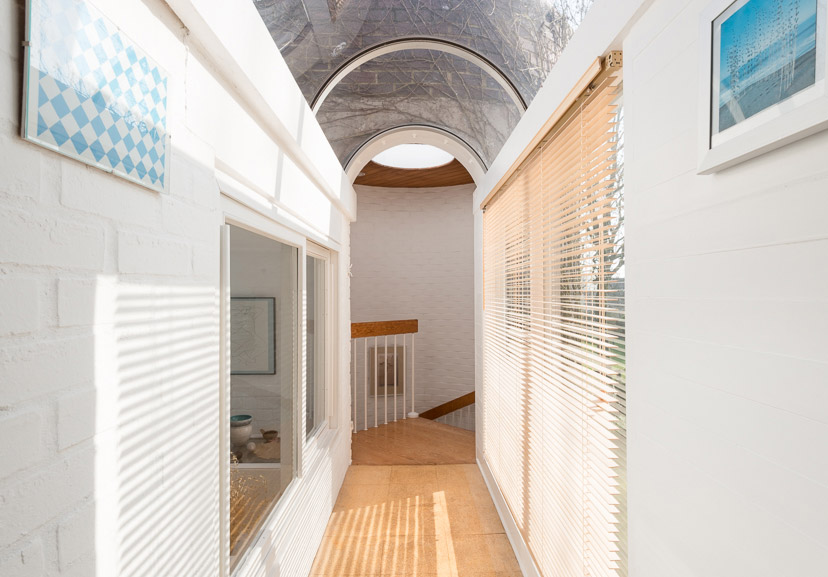 Trevor is also an architect, and he and Susan have made their own mark on the building by transforming the annexe to the original tower and establishing the now-mature garden. As Trevor writes on the historical information from The Modern House: ‘Although we appreciated Carapetian’s design philosophy of a machine-aesthetic intervention in an engineering building, we chose to complete the conversion by taking more heed of the architectural nature of the tower and the pump house. Last year, Carapetian, on seeing pictures of The Water Tower, said that we had turned it into a “romantic house”. The final result is something truly unique… synthesizing aspects of modern architecture and conservation architecture.’ 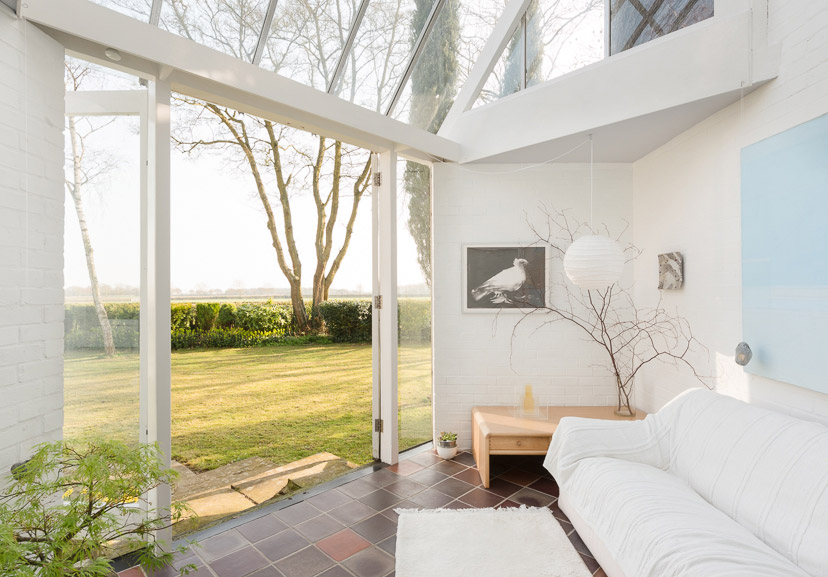 For me, there are so many features to admire here: the volume of these spaces and the combinations of materials, as seen in the wonderful living room with its whitewashed brick walls, vaulted timber ceiling, and tiled floor. The dining-kitchen is located in the base of the tower, and the arched windows here offer a reminder of the building’s history – the main bedroom above also features the arched windows of the original 1912 tower. The Jones’ have decorated and furnished their home to accentuate the light, and have created a feeling of serenity with the white-on-white palette. 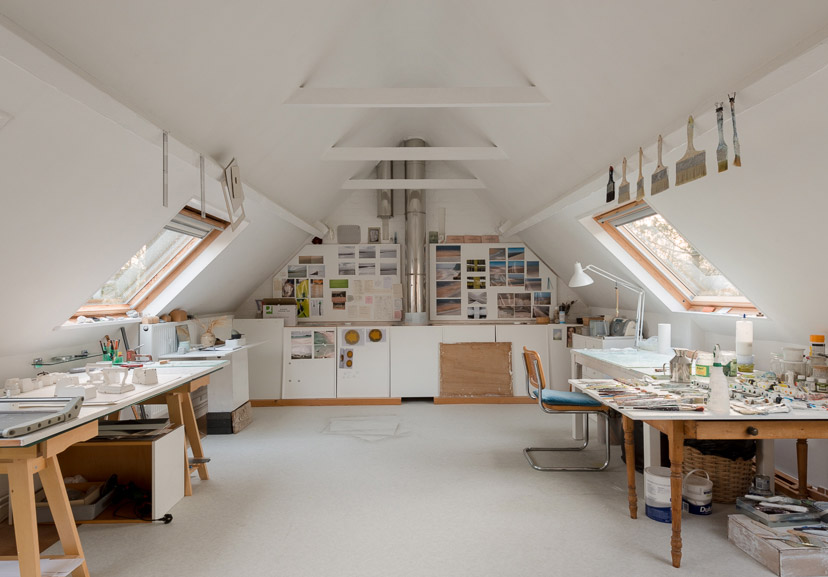 As for those studio spaces, aren’t they incredible? I look at the first floor artist’s studio and see a fantastic yoga space, but clearly this also become an additional bedroom or perhaps a teenage zone. As for the studio in the tower, this could also make a dramatic living area. I love the individuality of this home, yet, while unconventional, there are really practical and flexible living spaces here. And it’s not just about the house: as Trevor Jones writes: ‘We love the setting, the views, the changing light and the big East Anglian skies.’ 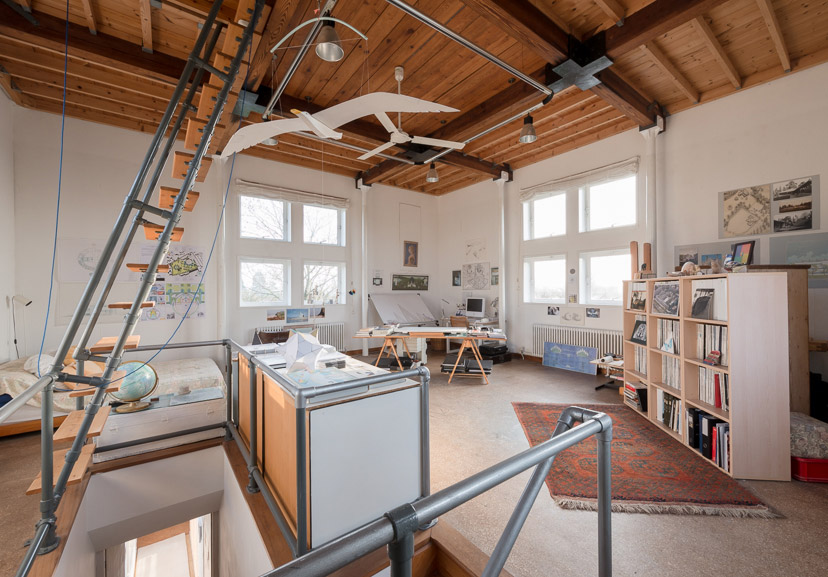 The Water Tower was marketed by The Modern House.