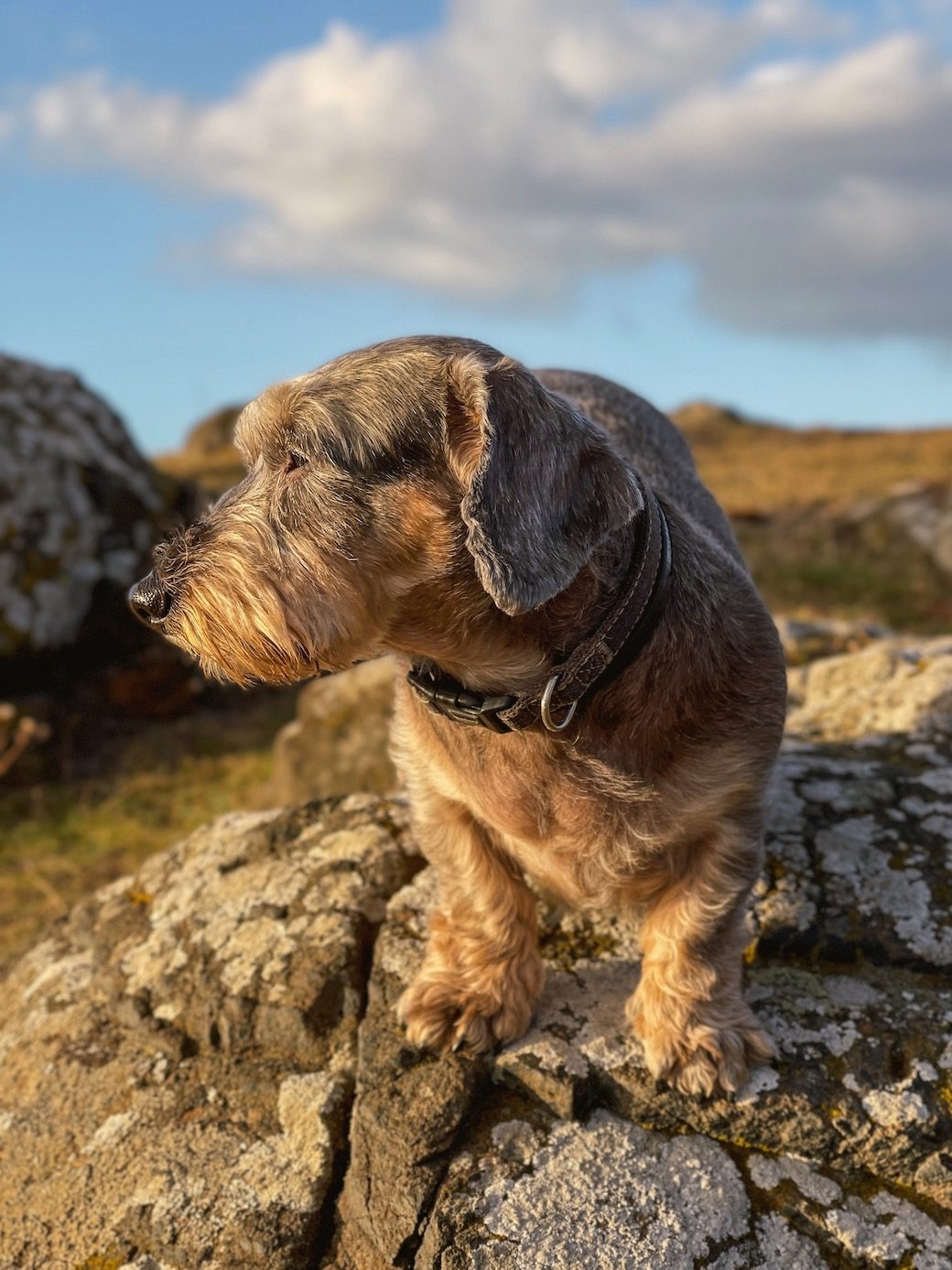 We had two fundraising walks in August, both for an amazing charity called DMT Dachshund Rescue & Support Group, and this coastal walk was the first of those. For anyone who’s been following this blog for a while, it’s a familiar route, starting at Gullane and heading in the direction of Eyebroughy, and we’d intended to do the whole 9km of the #Wagathon #9KforK9s challenge in this one walk. The light ran away from us though. It’s that funny thing that happens in August when you’re used to darkness falling around 10pm, and your body clock is still in midsummer time, only suddenly the light is fading an hour earlier.

Which is what happened here: we reached a point, not too far from Eyebroughy, and realised that the sun had set and we really needed to turn round and head back. But how beautiful is this light? We knew this sunset was going to be special when we walked down through the dunes at Gullane and found this glowing sky below, and it only got better as we wound our way along the coastal path.

I took less photos than usual on this walk as I was focused on videos for Instagram stories and a reel or two, but still, I did capture a few dramatic light moments.

If you’d like more information on our fundraiser (which is still live), you can find that here. 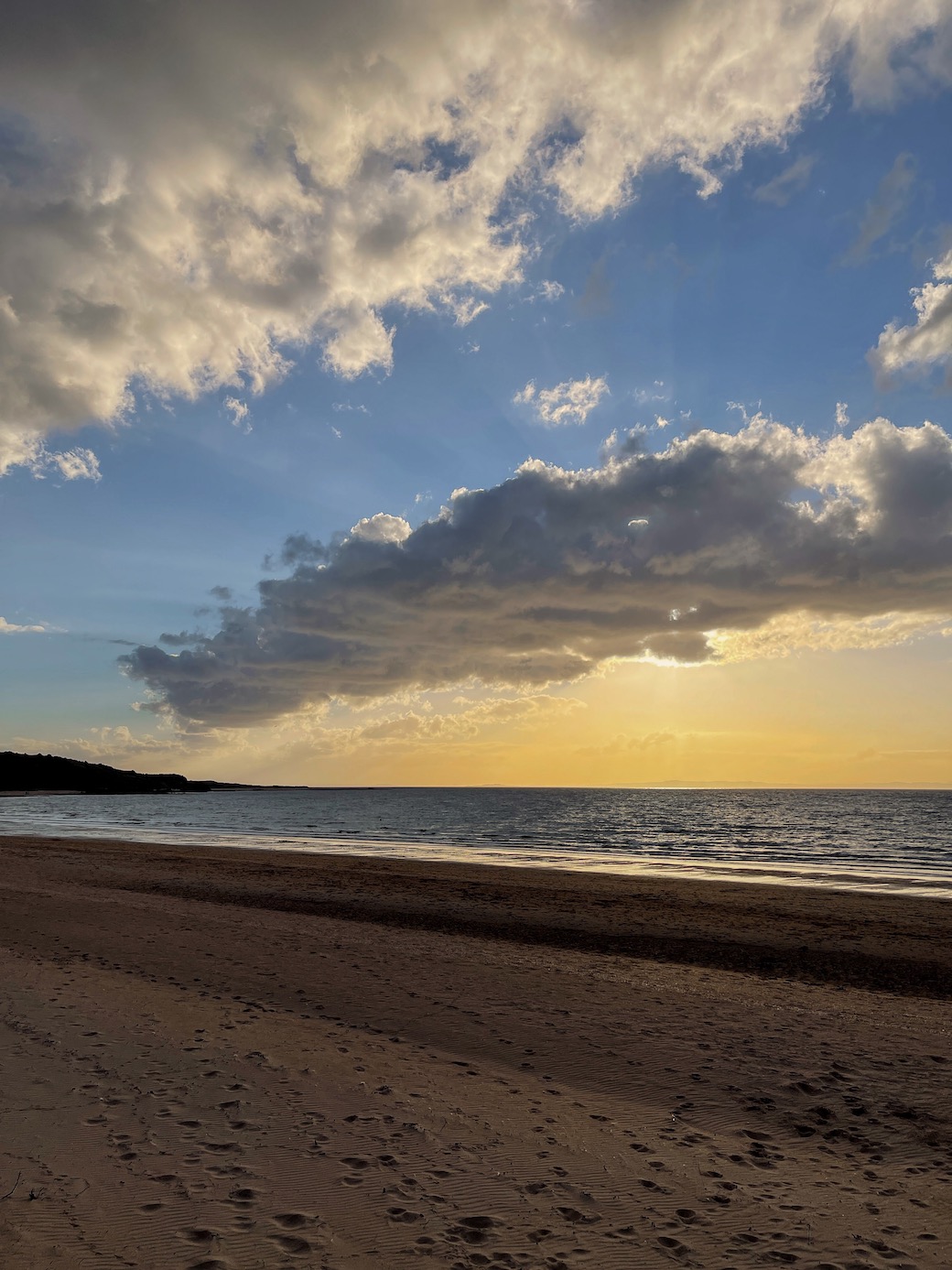 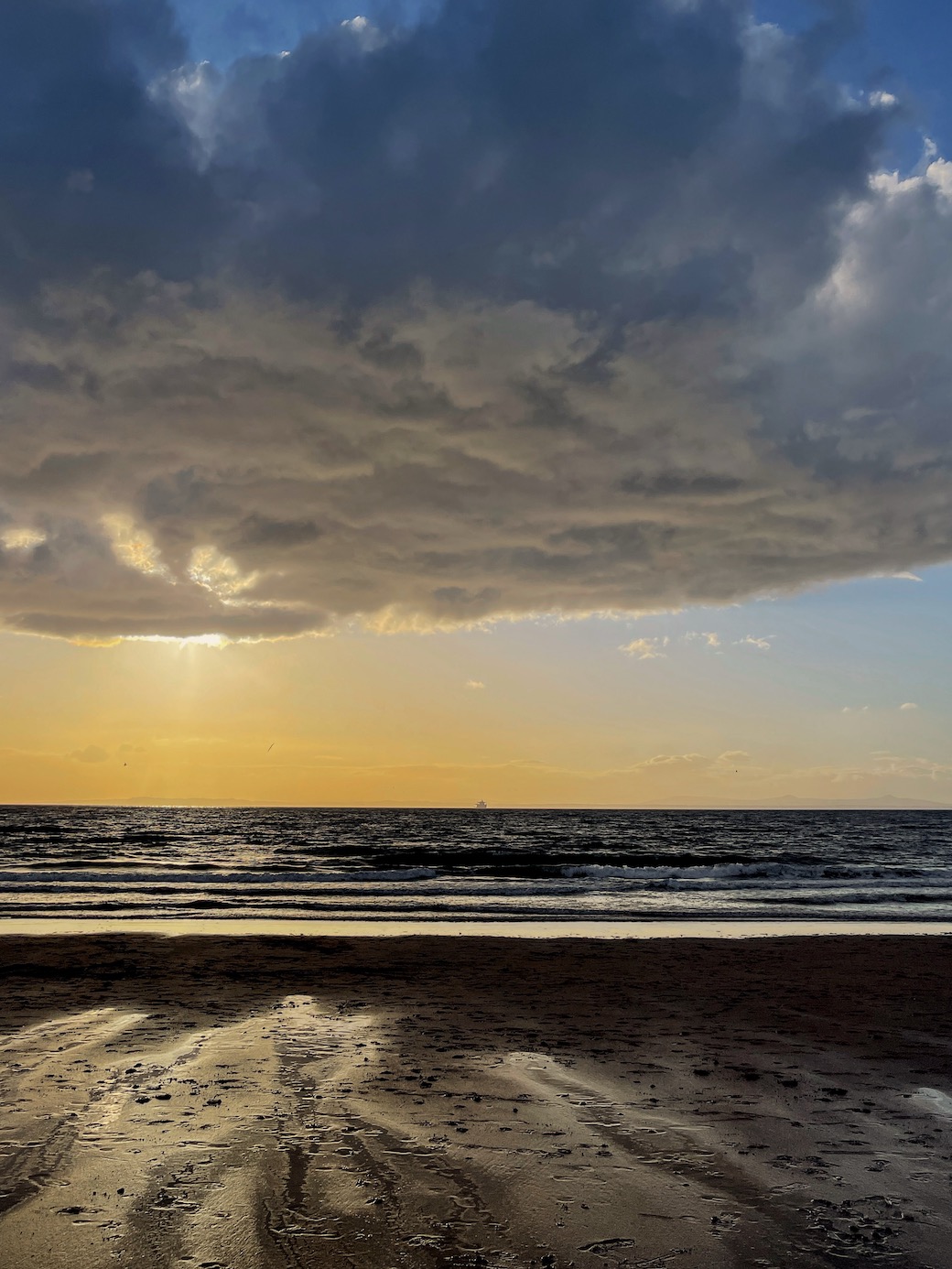 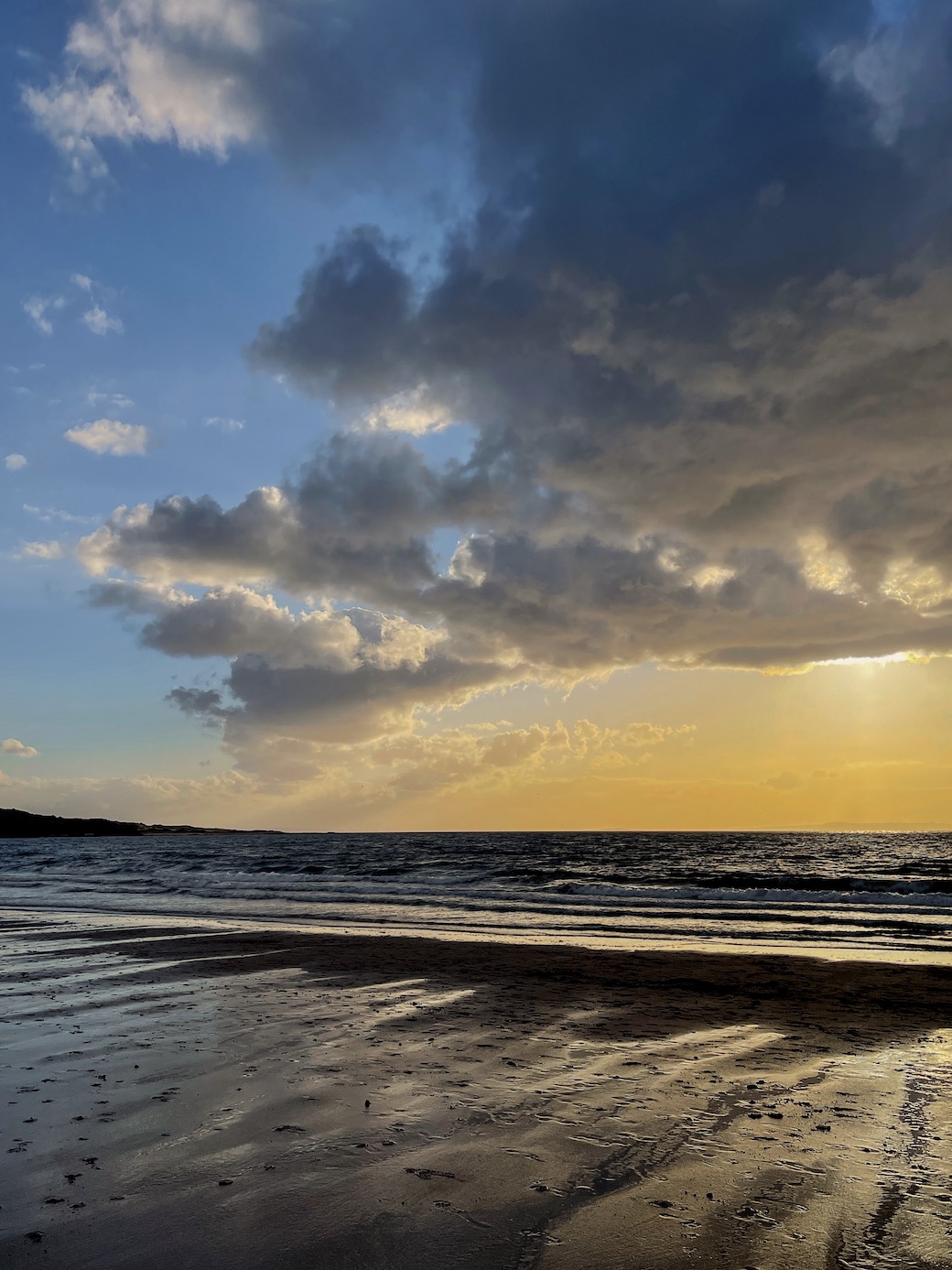 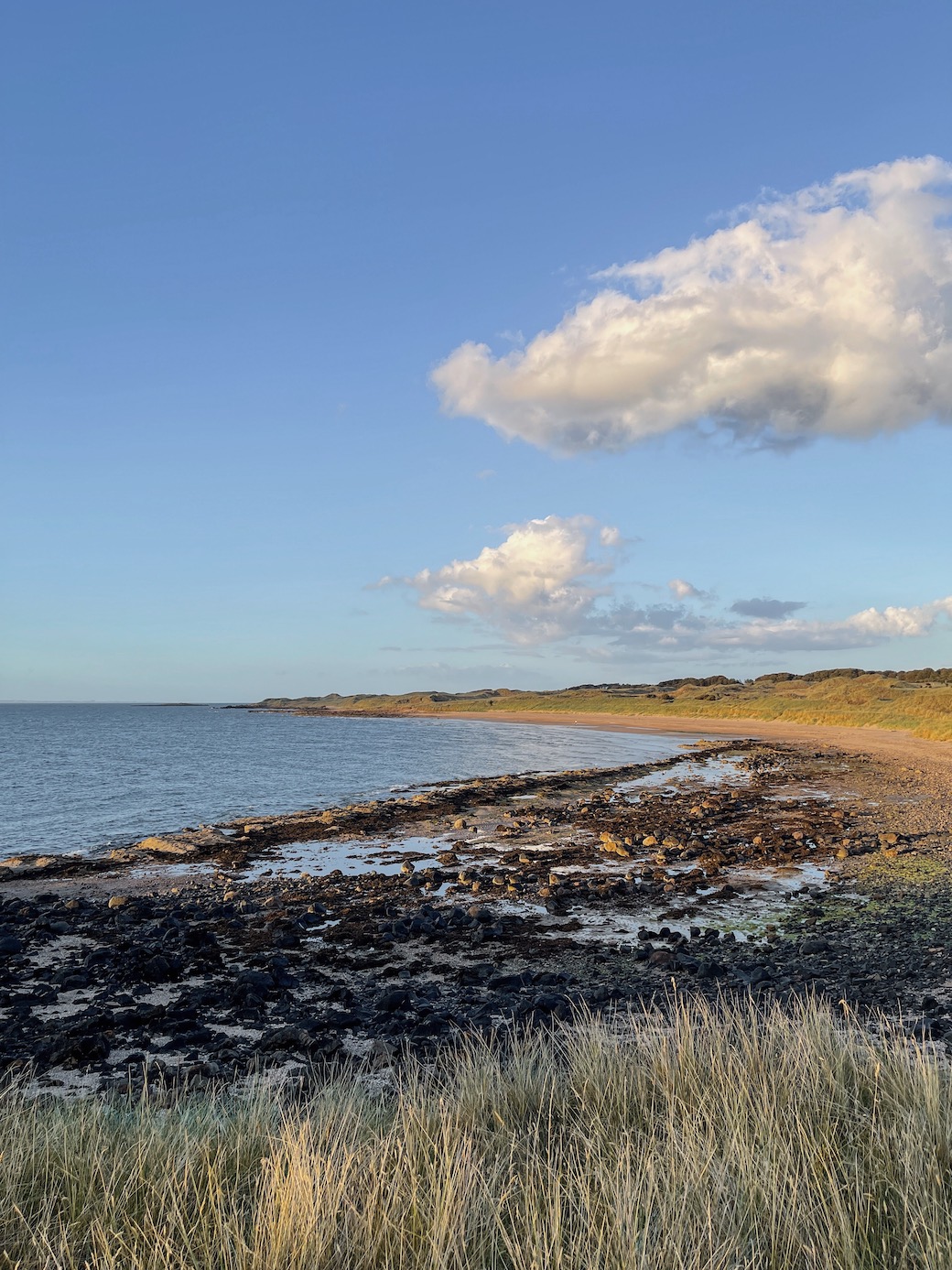 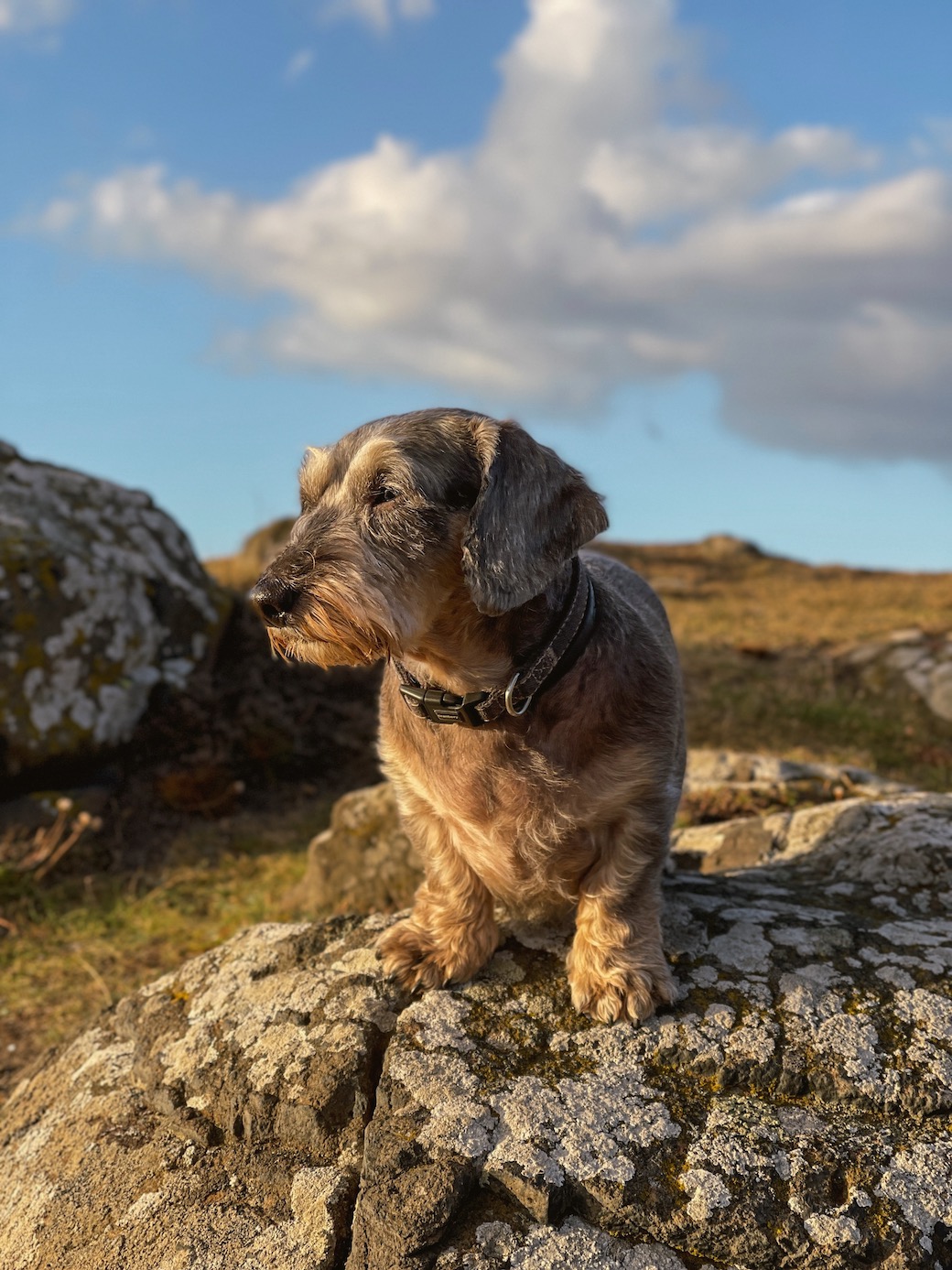 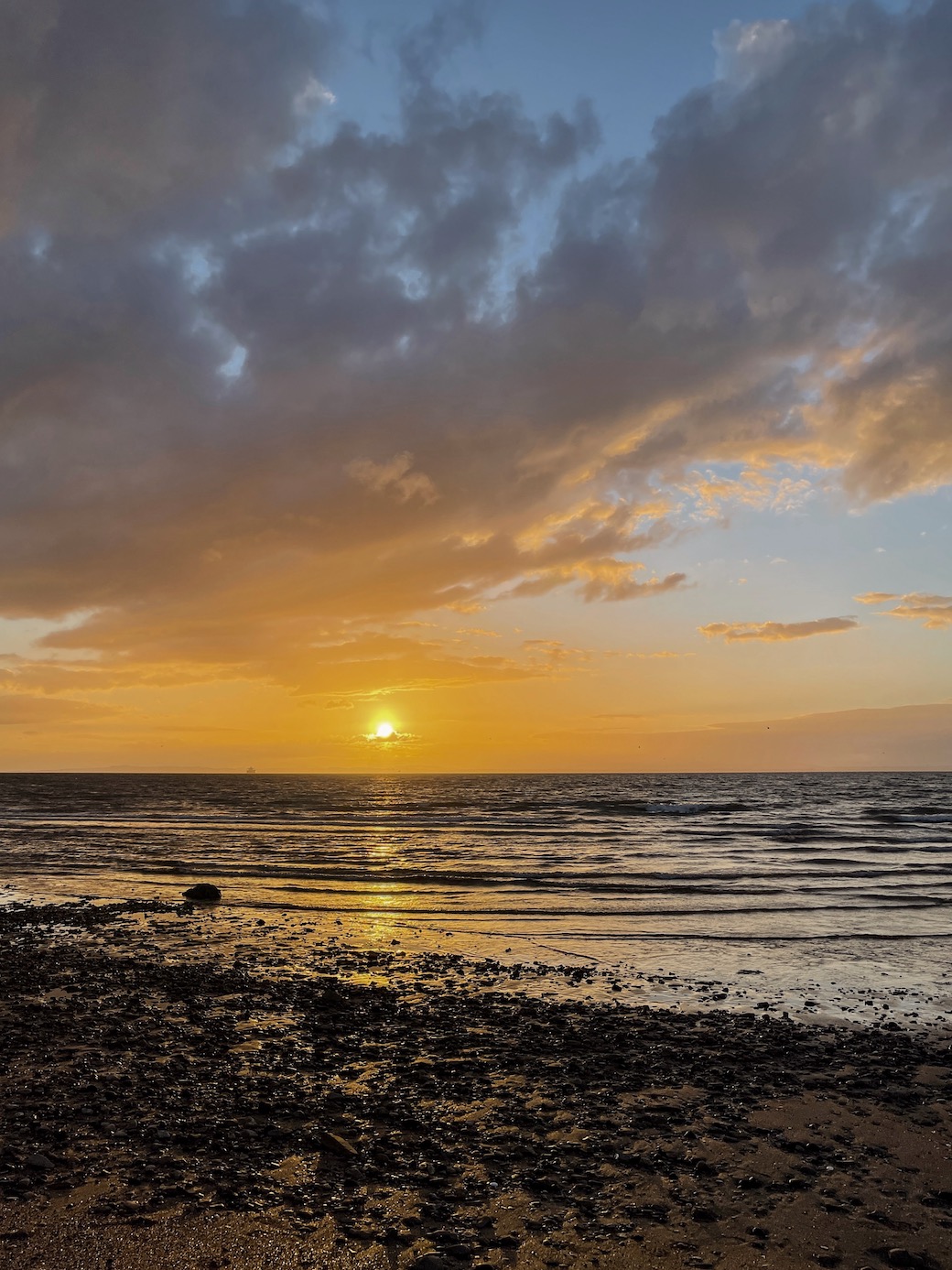 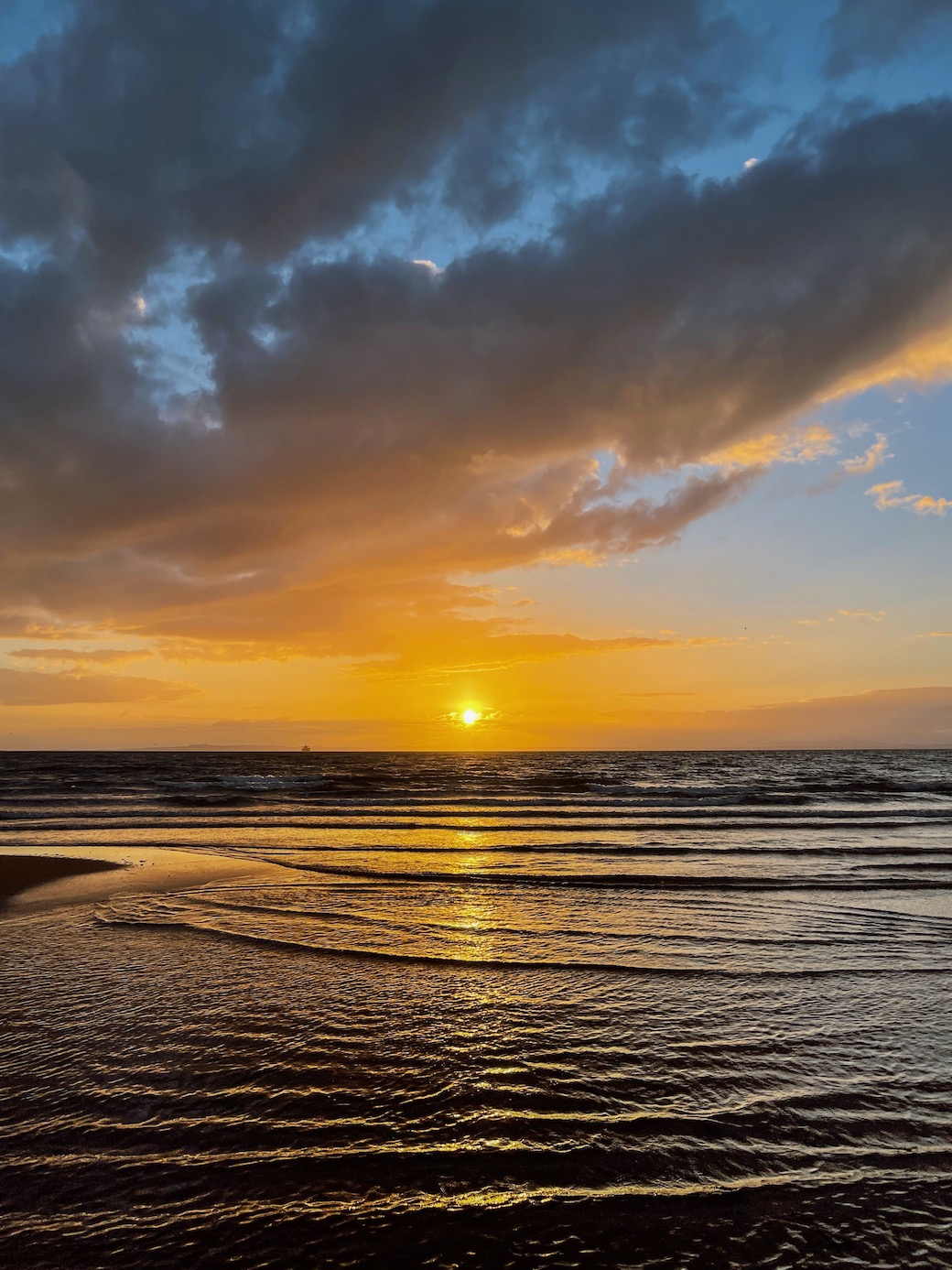 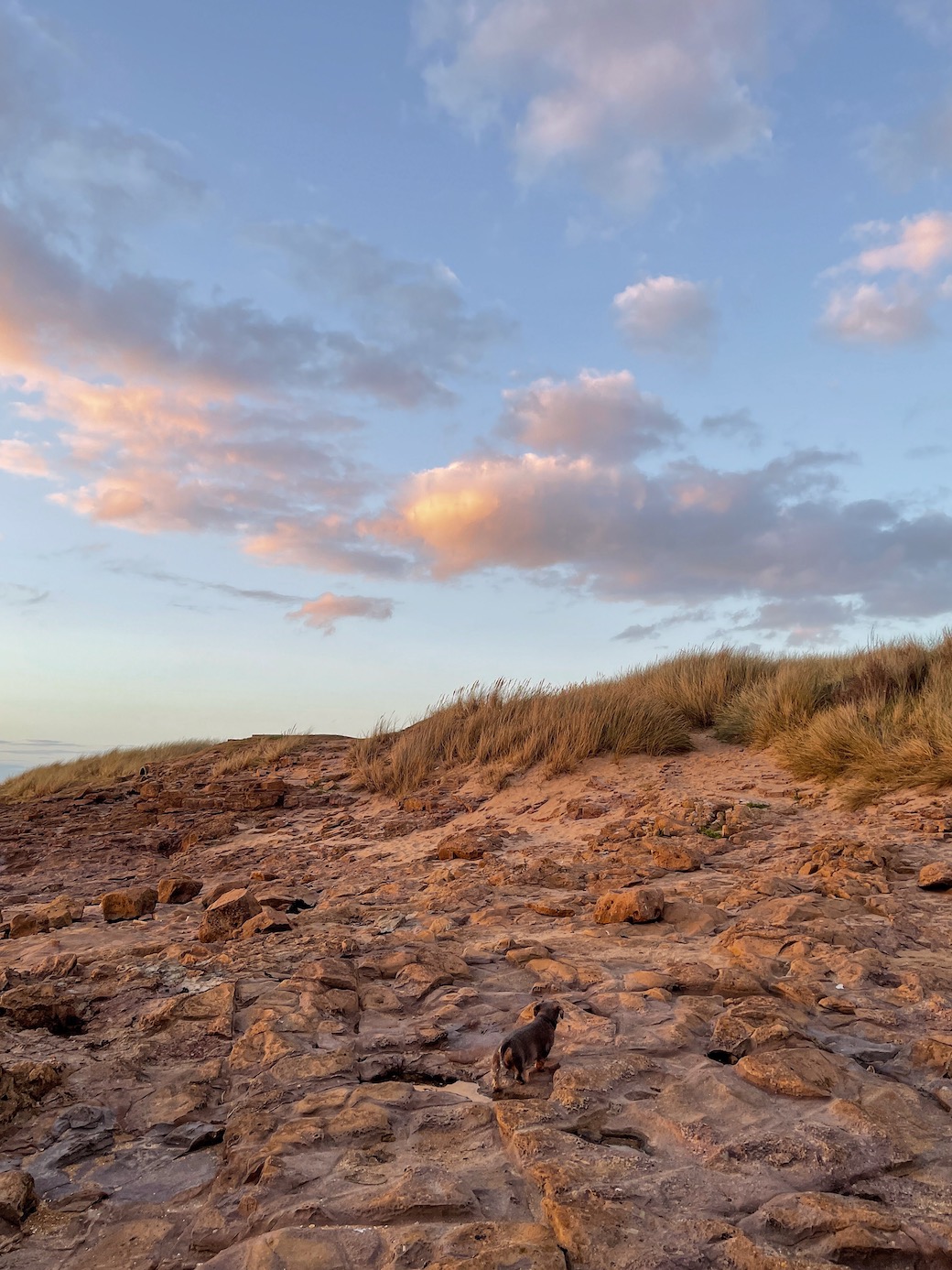 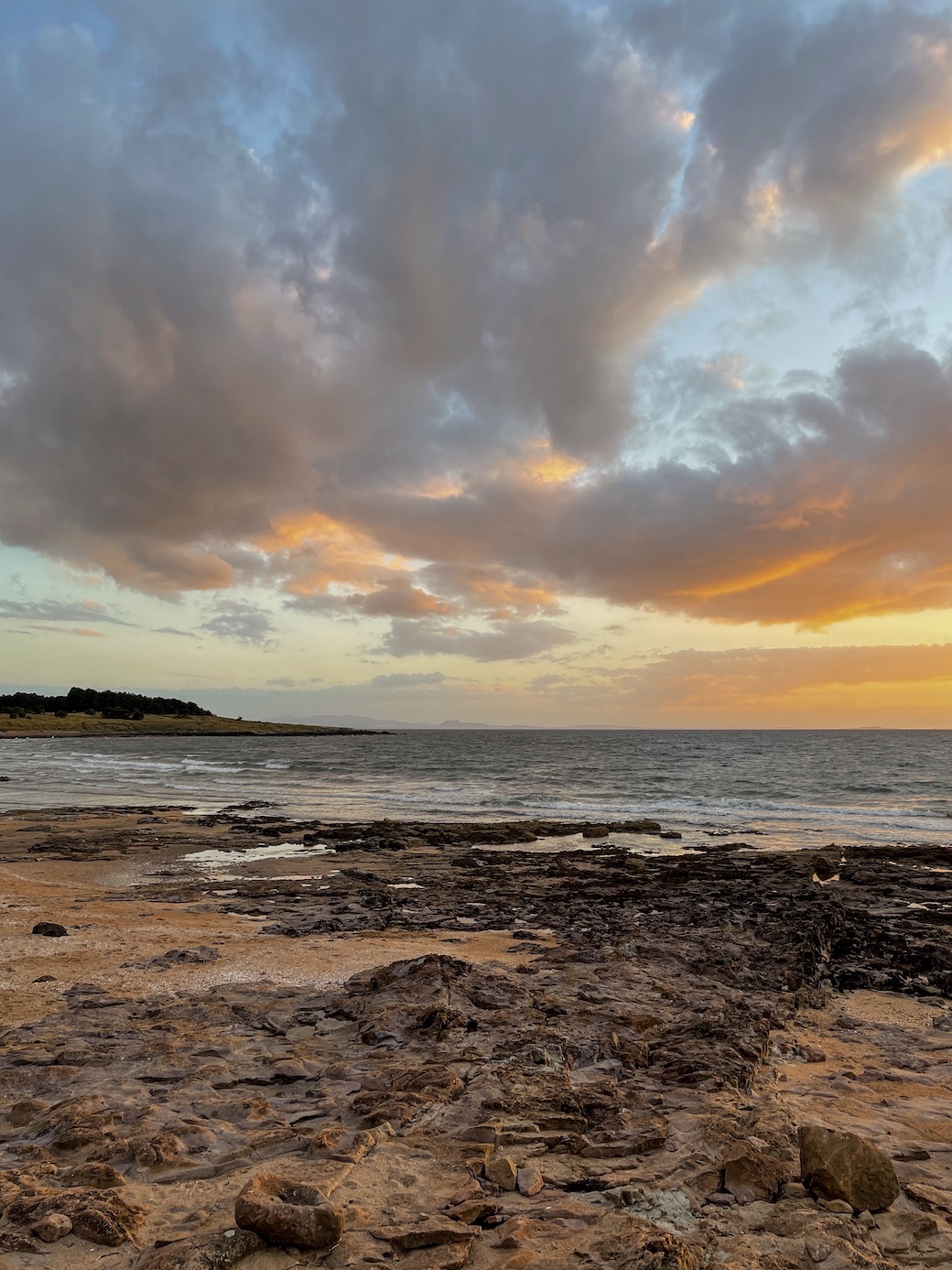 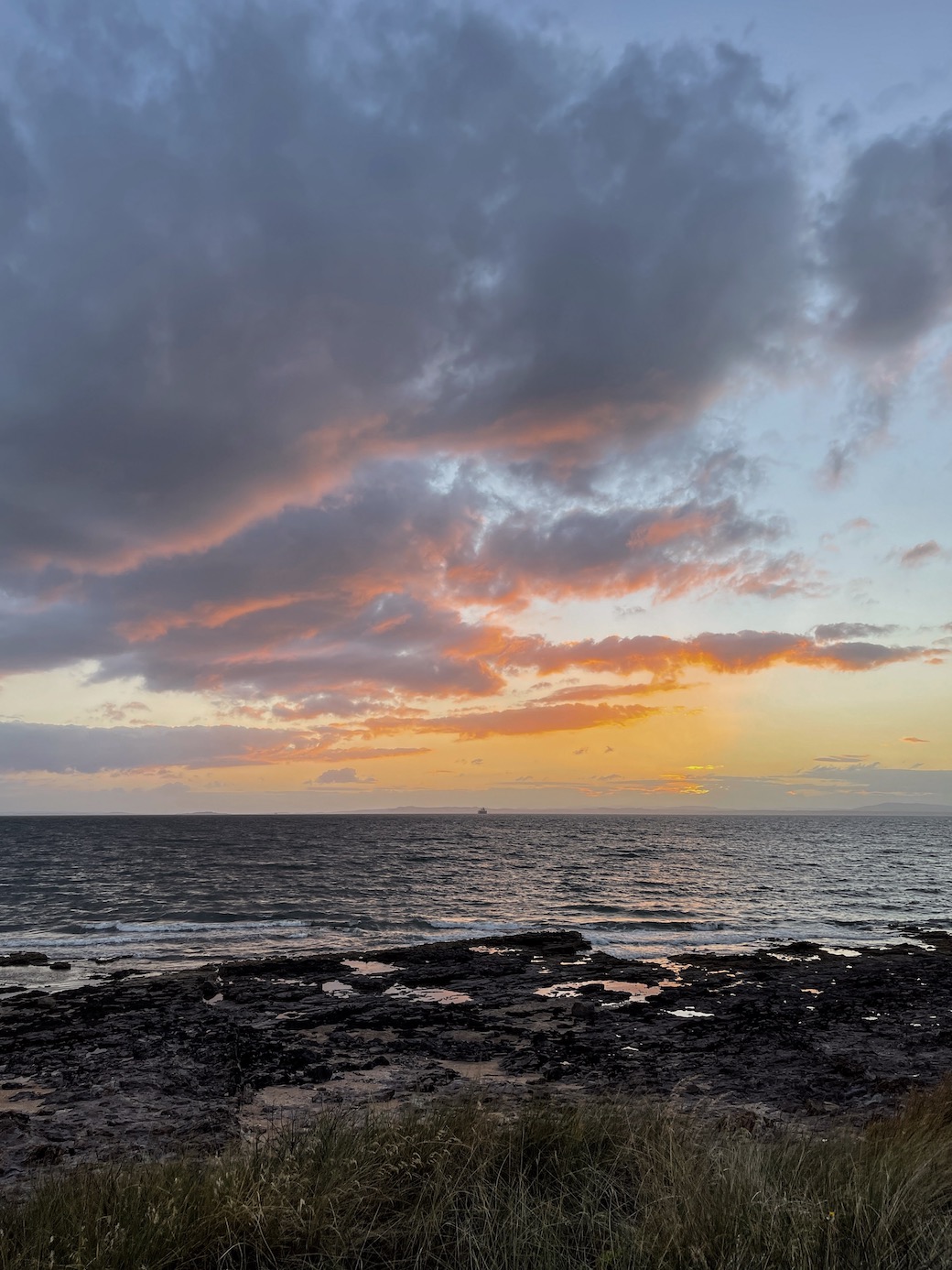 Coastal route from Gullane, in the direction of Eyebroughy, August 2022.

…AND THEN IT WAS BURNT