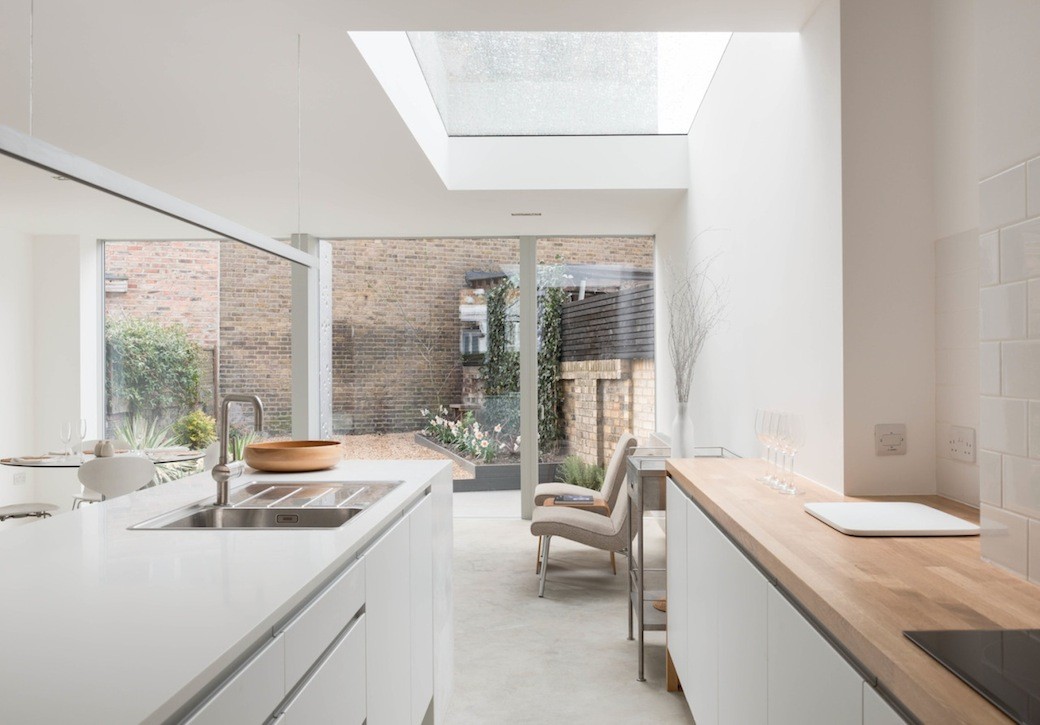 I first came across Paul Archer Design a few years ago with the practice’s project on Cross Street in Islington in London. One striking image of the ‘bridge’ structure that extends from the main body of the house to the garden – a structure that contains a super-minimal kitchen – kept cropping up online, and I must admit my first response when I saw this image was: surely this is a really cool looking architectural rendering of someone’s dream project. 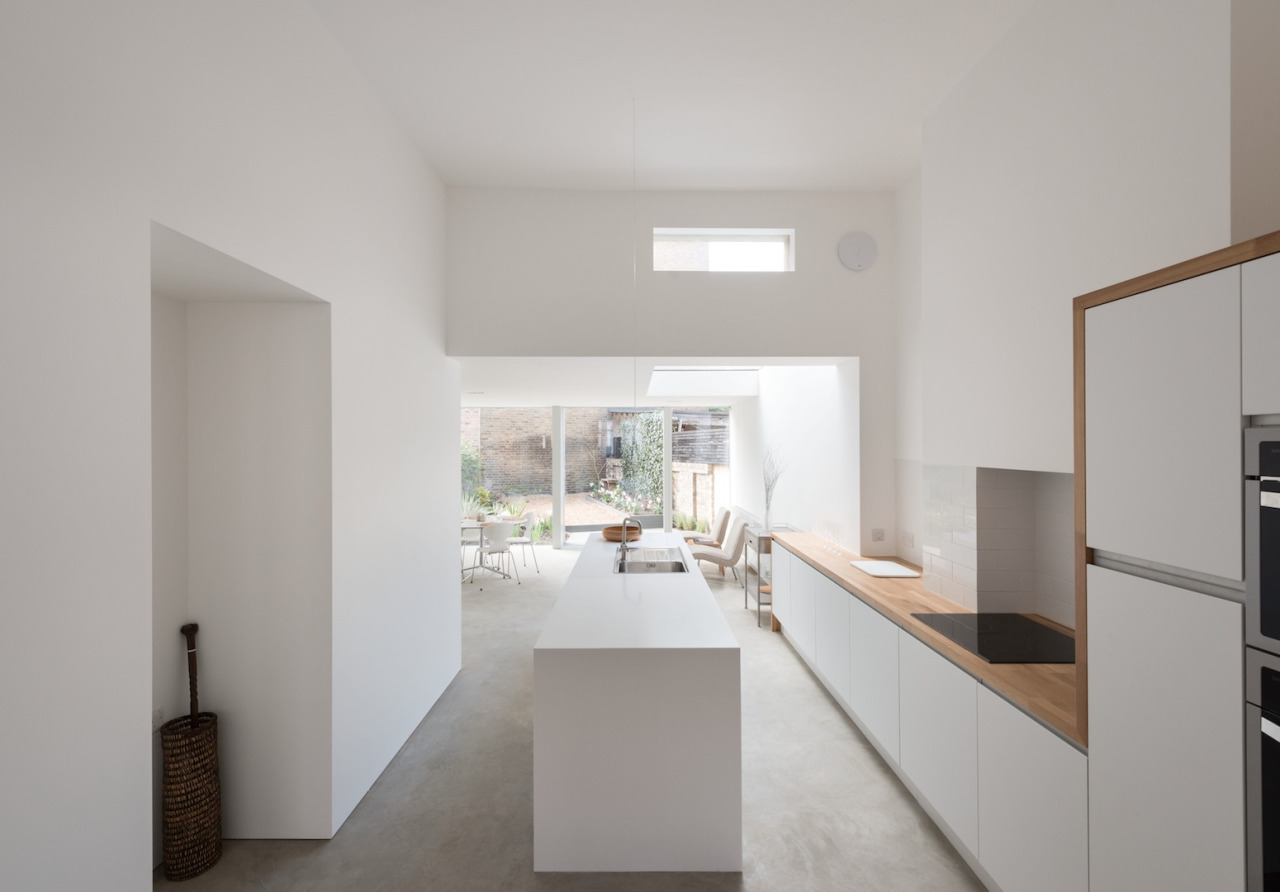 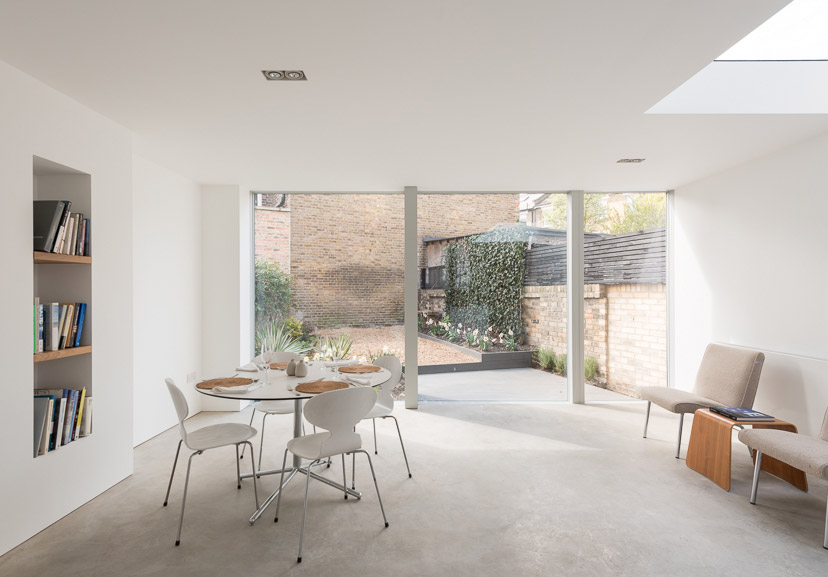 But no, it was real. Cross Street was shortlisted for a Grand Designs Award in 2009 and won the Excellence in Residential Architecture category for the Homebuilding & Renovating Awards in 2010, and the house was featured in a number of publications. Indeed the practice is known for its many elegant extensions and conversions of period buildings. Clearly, the name stuck. 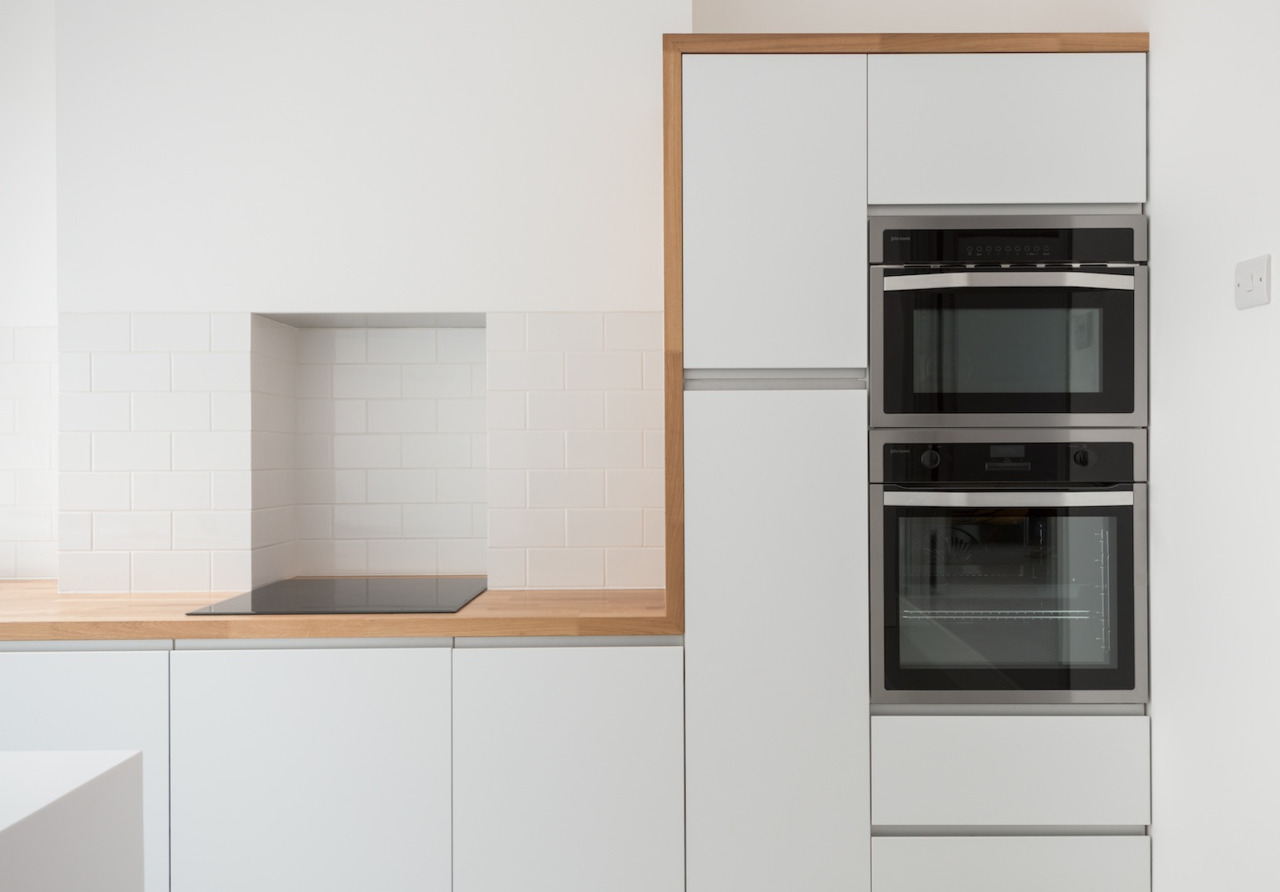 Little wonder then that this four bedroom Victorian terraced house on Plimsoll Road in London’s Highbury area hollered at me when I noted the property being marketed by The Modern House (the house is now under offer, unsurprisingly). From the street side, this is a handsome looking and perfectly traditional Victorian house. Once inside, however, the house opens up to reveal an exciting contemporary living space, where the new additions have been fused within the period shell.

Paul Archer Design pared the house back to its bones, retaining and restoring the period features wherever possible, and extending the building both at garden level and at roof level. The extensions take the form of three simple boxes in zinc and glass. These boxes are arranged in a hierarchy of sizes, with the largest forming the new multi-tasking family room; the medium box creating the master suite on the upper floor (with views out to the old Arsenal Stadium); and with the smaller of the boxes for the stairwell. 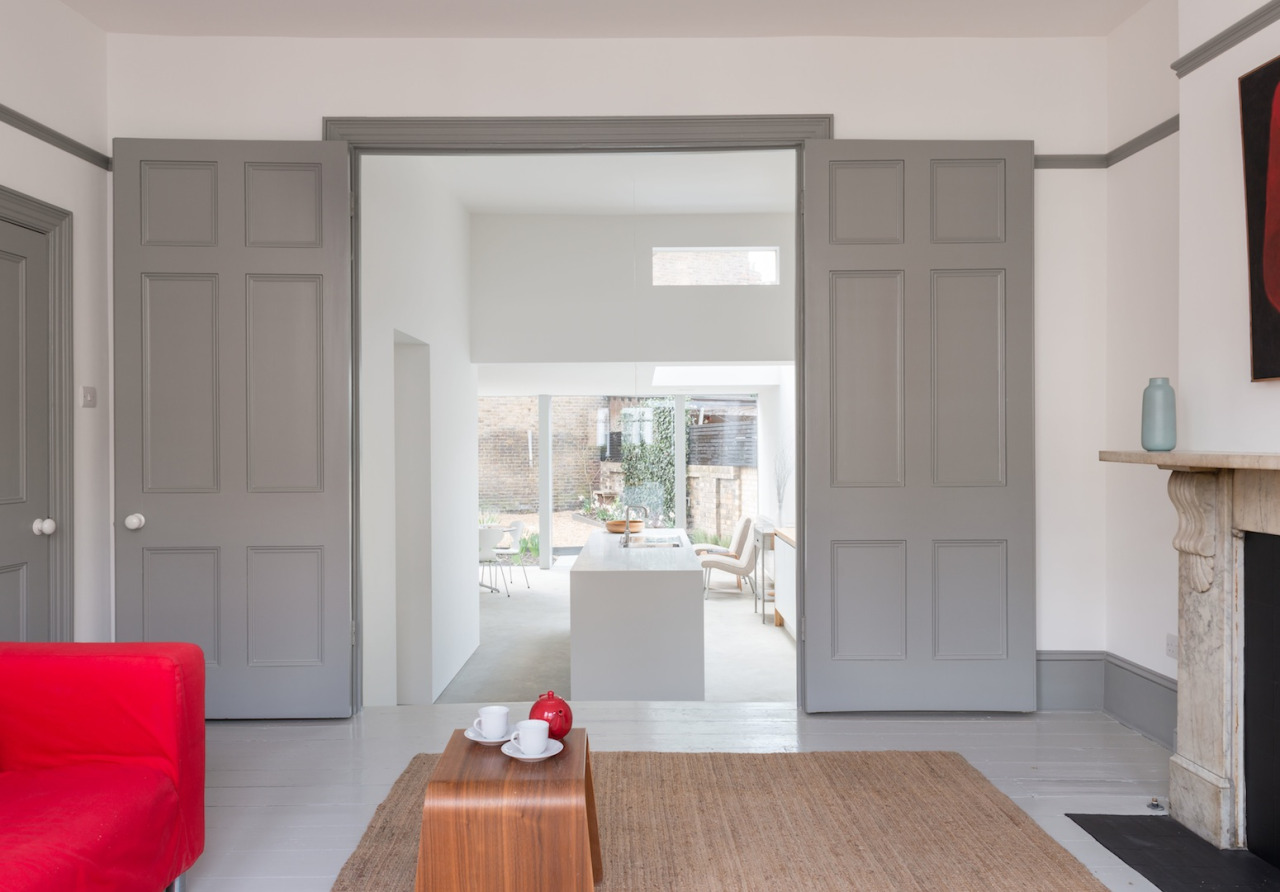 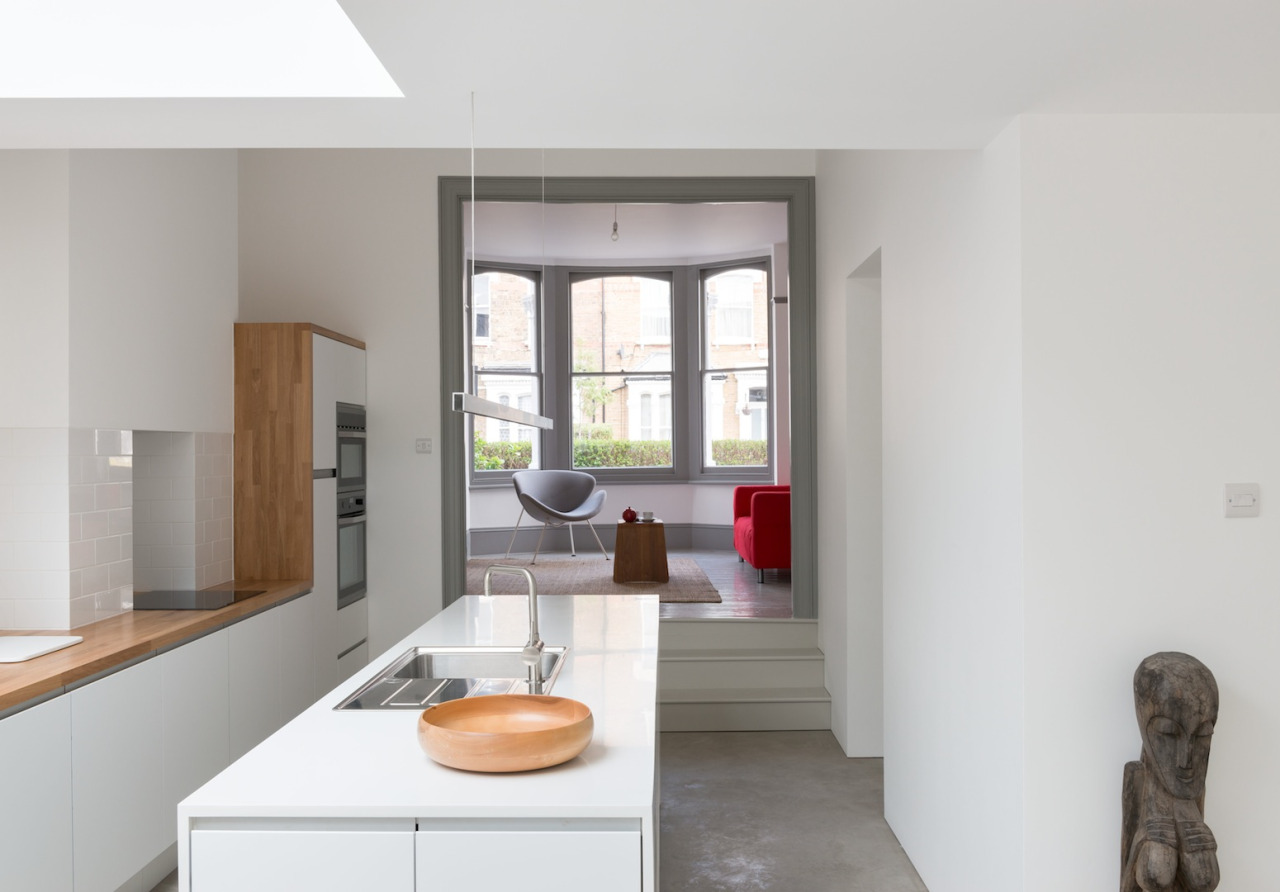 It isn’t hard to figure out the highlight of this house: just look at the fantastic split-level living, dining and kitchen space that extends across the entire ground floor. By lowering the floor level in the kitchen area, the architects have created a dramatic ceiling height here. The rear elevation, which faces west, is entirely glazed, bringing huge amounts of natural light streaming into the space, while a laser-cut stainless steel panel creates patterned shade – what a wonderful touch this is – and retains privacy from the neighbours. Polished concrete extends through the space, offering a warmly toned and tactile backdrop for the streamlined kitchen. The detailing here is just perfect. 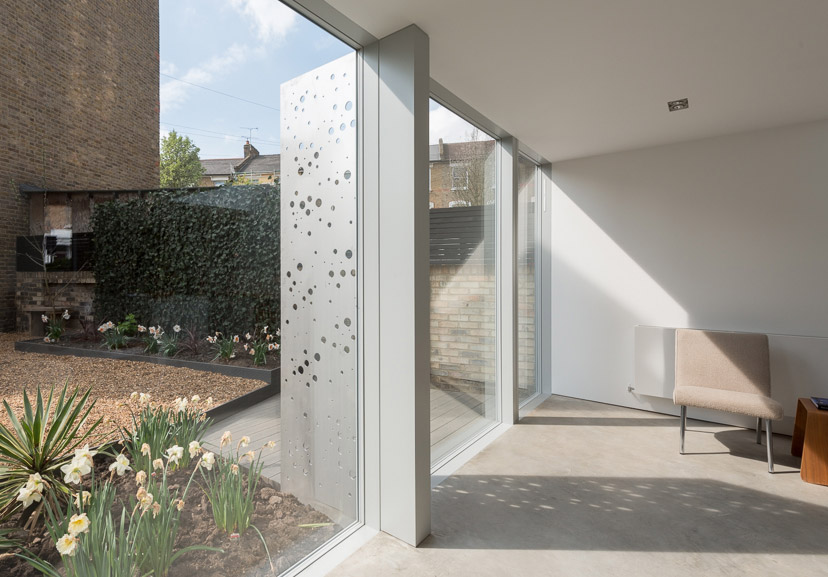 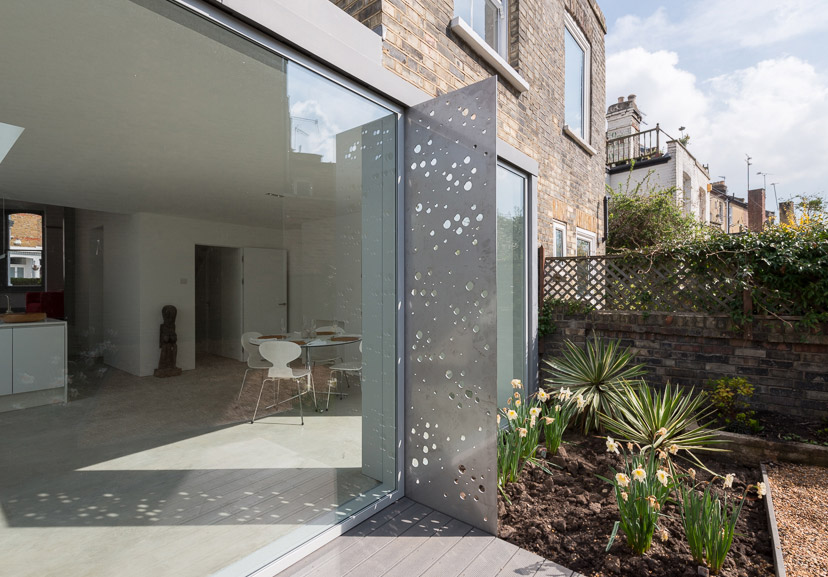 This property type isn’t unusual, and the problems faced by traditional terraced houses like this will be familiar to many, from the lack of indoor-outdoor connection to the typically cellular layout, often creating gloomy spaces, particularly in the rooms to the rear. How many terraced houses have you come across with a cramped rear kitchen with just a window looking onto the garden? This house demonstrates the vast possibilities available – that is, it should be said, in the hands of the right architect. 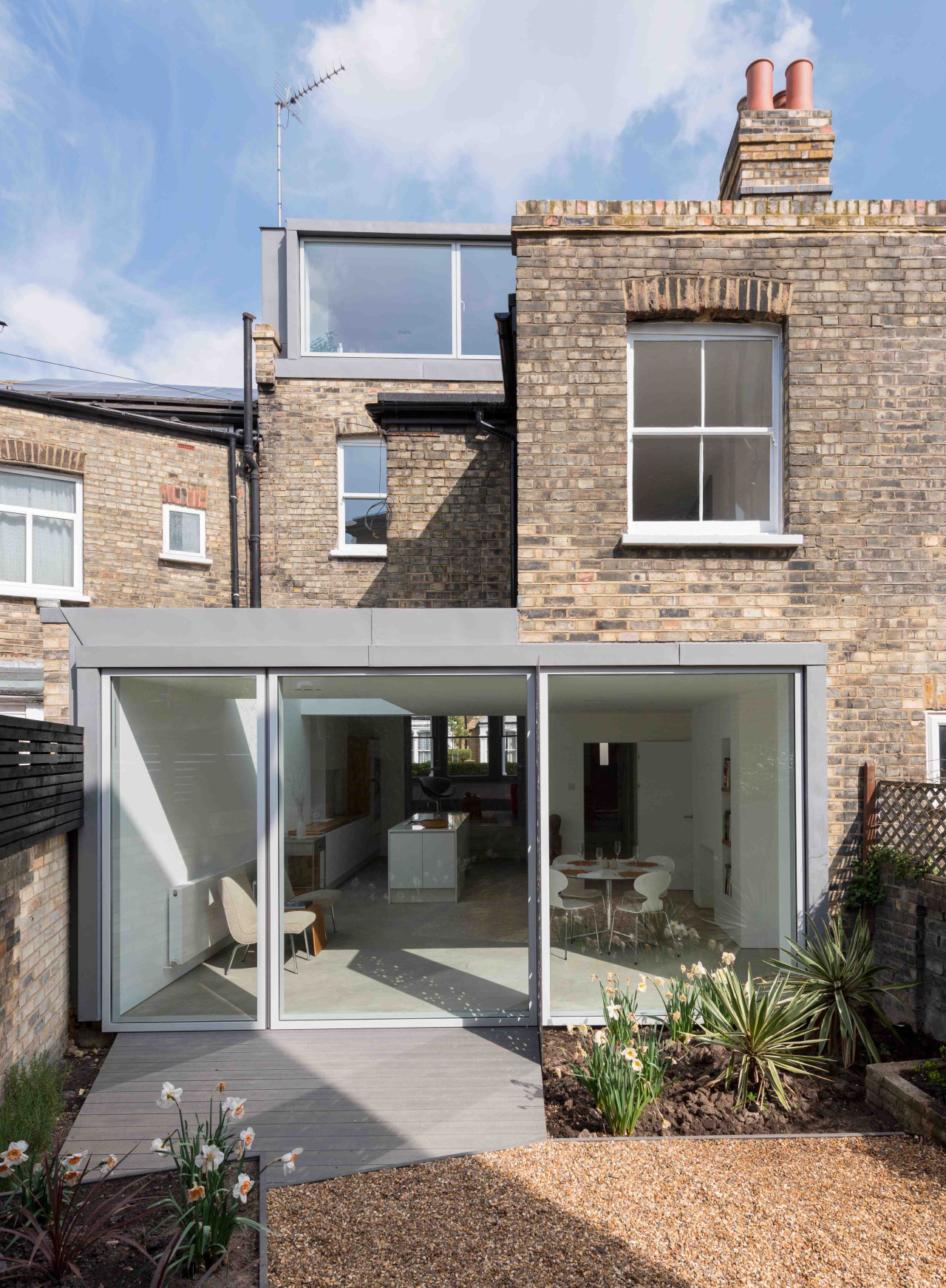 This property on Plimsoll Road was marketed by The Modern House.