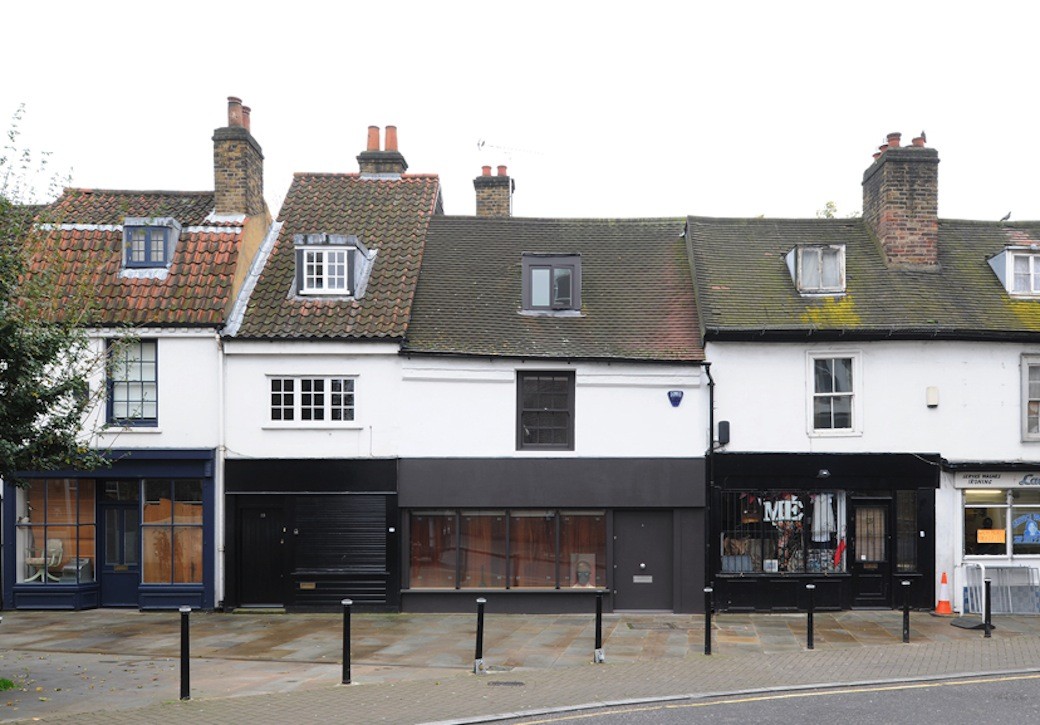 “The architecture is made as much by what is stripped away and revealed as by the elements that are added.” So said the judges of the RIBA Stephen Lawrence Prize when describing this house on Tanners Hill in Deptford in London, which was shortlisted for both the RIBA Stephen Lawrence Prize and the Architects Journal Retrofit Awards in 2013. The house was also a winner in the prestigious RIBA London Regional Awards 2013. 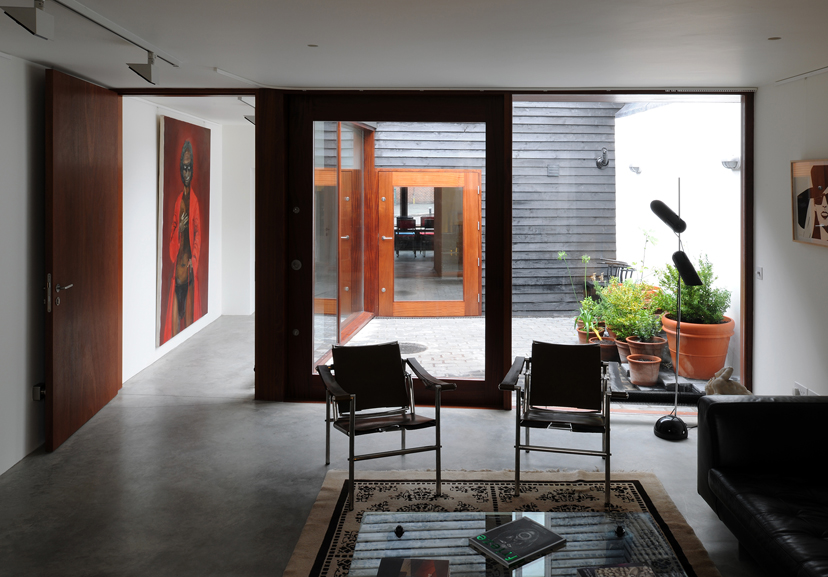 The restoration and conversion of this Grade II listed late 17th century house was completed in 2012 by Dow Jones Architects for an art collector and gallerist. Formerly a bicycle repair shop, the timber-framed building was originally built using timbers from ship construction at the historic Deptford docks.

The architects extended the ground level by incorporating the rear outbuildings, which are now connected to the house by a new gallery space that wraps around a private courtyard. 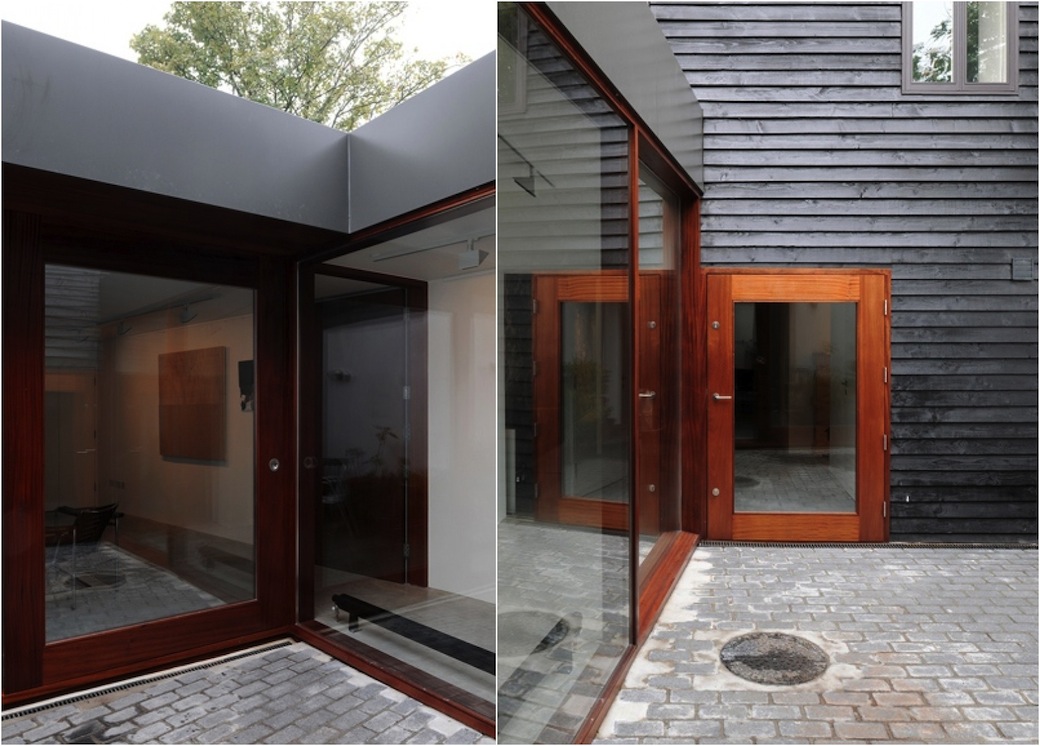 The original two reception rooms within the house are also currently used as an art gallery. The front and rear sections are linked by a wide corridor, and the rear section includes a large reception room that opens onto the courtyard, along with a double height kitchen that’s bathed in light from the partly-glazed ceiling. The first floor has two bedrooms and a central shower room, and the top floor forms a large master suite. 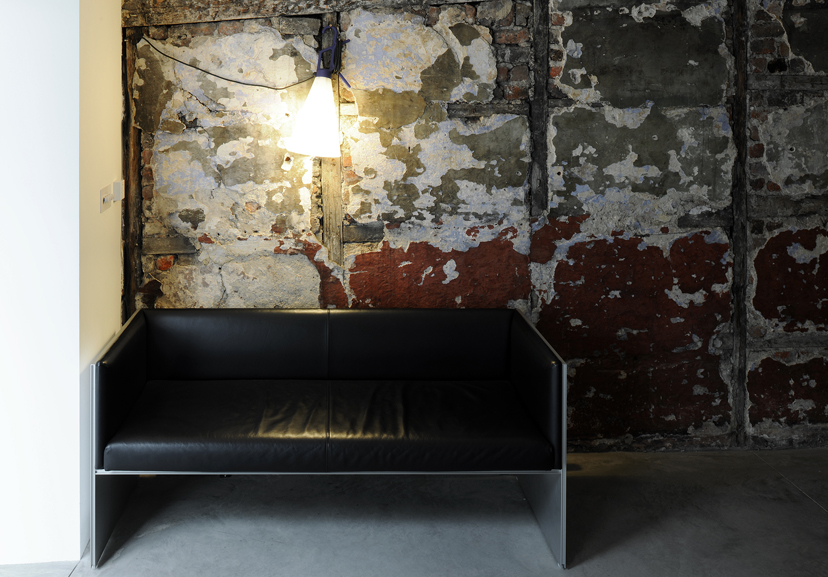 There are constant reminders of the building’s age and history as the original materials have been left exposed and are juxtaposed with crisp new detailing. In the kitchen area, you’ll find charred bricks from the Victorian era and 19th century tiles and iron beams alongside polished concrete worktops and hardwood cabinets. 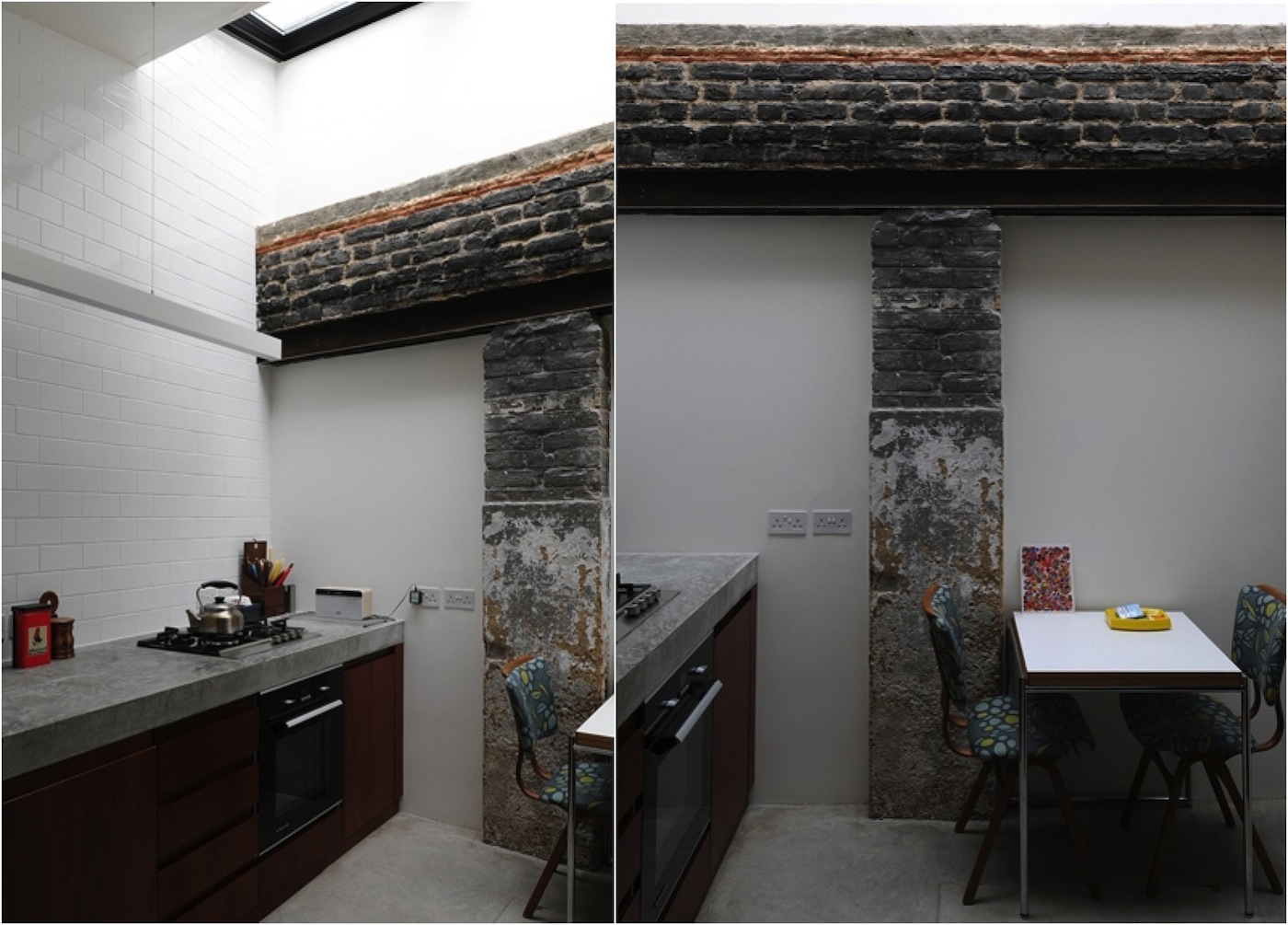 The Independent’s architect critic Jay Merrick wrote this of the house: “You encounter this beamed, flakily multicoloured wall (now stabilised) the moment you enter the building. The brick and old ships’ timbers rise from the polished concrete floor… with the vivacity of an abstract expressionist artwork… On the ground floor of No 25 Tanners Hill, we are in a realm of brusque material and spatial counterpoints.” 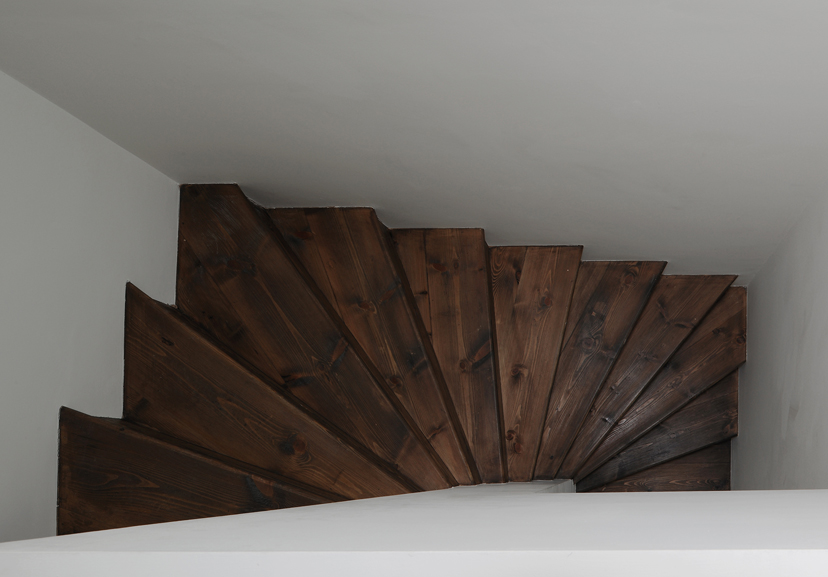 As the judges of the RIBA Stephen Lawrence Prize said: “The relationship between exposed plaster, timber walls and a new winder staircase are handled with restraint and confidence. Interior spaces open onto one another with fluidity and the experience is one of space unfolding. Empathy with the Grade II-listed structure is evident throughout.” 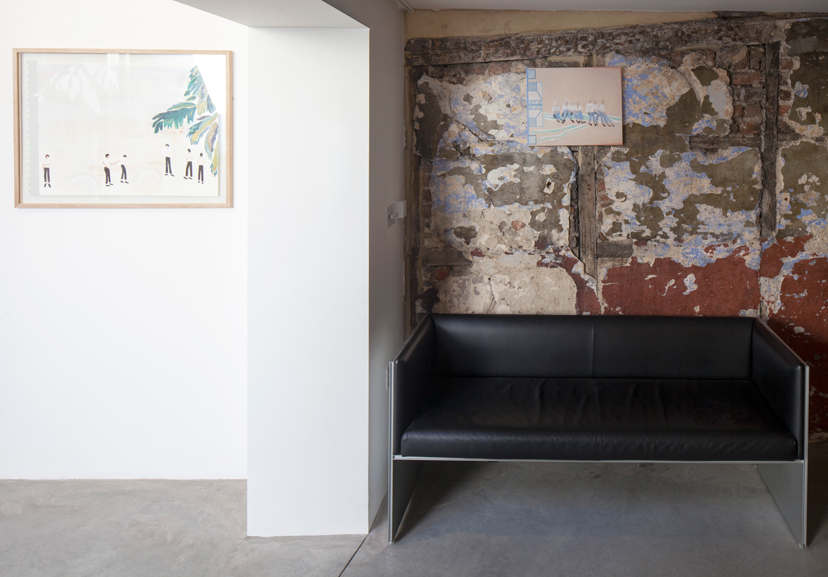 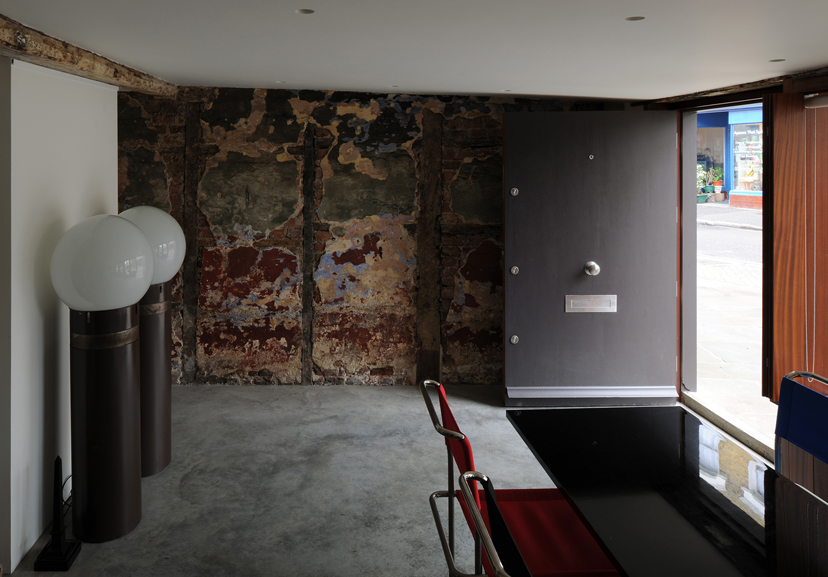 For me, I love the contrasts throughout this space with the mix of rugged and crisp finishes; in the beautifully raw brickwork and the old lime plaster against the pristine white walls. So often when people are refurbishing a building it’s about covering up the old, which is understandable – this ‘raw’ approach wouldn’t work everywhere and isn’t for everyone. But in some older buildings, integrating this patina as part of the overall design concept really works – the home of Mark and Sally Bailey springs to mind. There’s an honesty to this approach, and, in this house, there’s an organic beauty to the finished aesthetic. 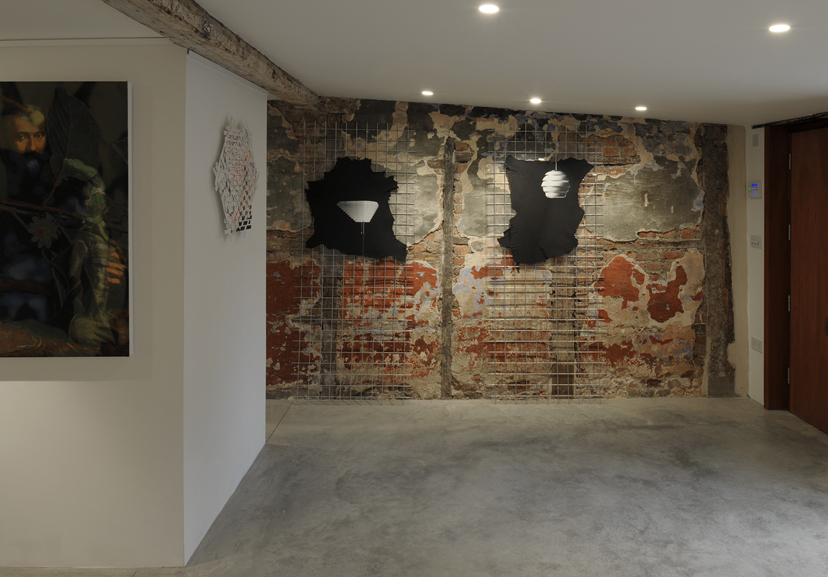 Photography by David Grandorge via The Modern House.