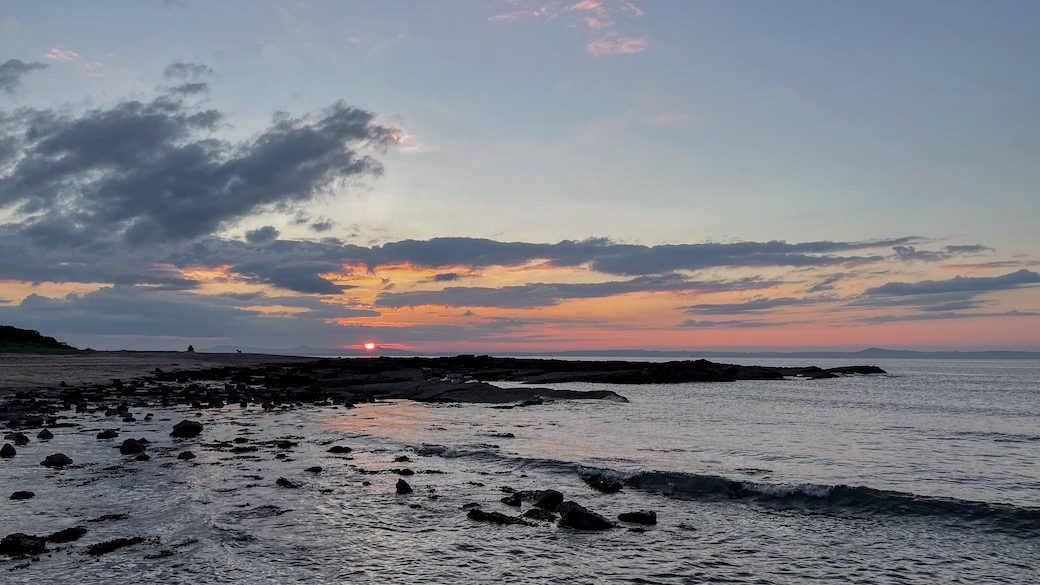 I can’t recall when we started marking the summer solstice with a coastal walk – it was a few years back anyway. It always feels like a day to celebrate, if a bittersweet one to me (as I mentioned in my previous post) as while June 21 is the longest day, it’s also the turning point after which our days creep shorter again. If I had to split the year into seasons by hopefulness, the point between the clocks changing towards the end of March and the solstice is, for me, the hopeful time.

It’s the time of longer days and the return of evening walks. The weeks when the earth is blooming with vibrant new life. Summer is too hot for me, too humid, and I’m always aware that soon, too soon really, we’ll be ending our beach walks in darkness by 9pm, after which the shift in time always feel more pronounced. So yes, the solstice is a day to celebrate, but it’s also the start of a new season, both in meteorological terms and also in that shift from most hopeful to… something other. 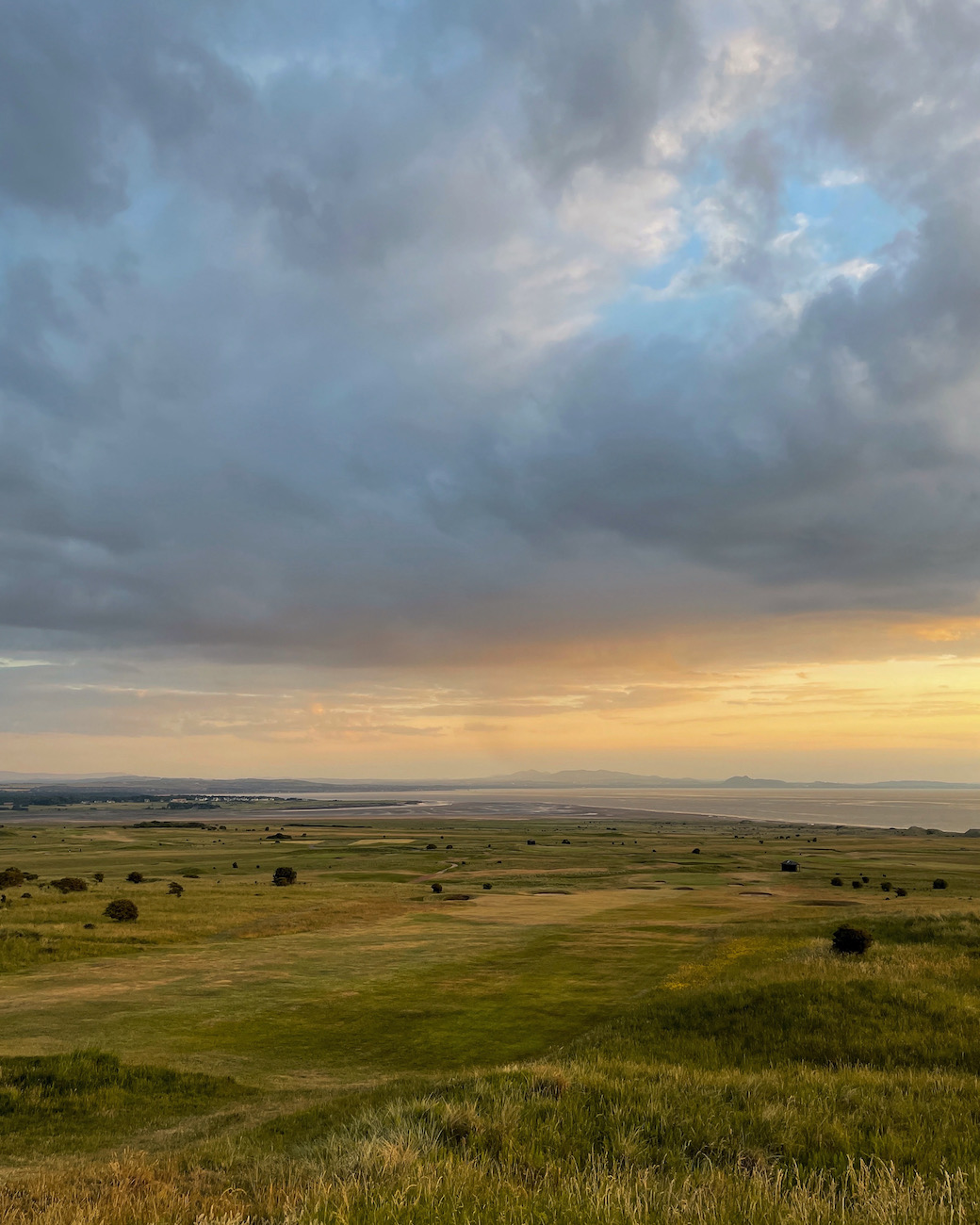 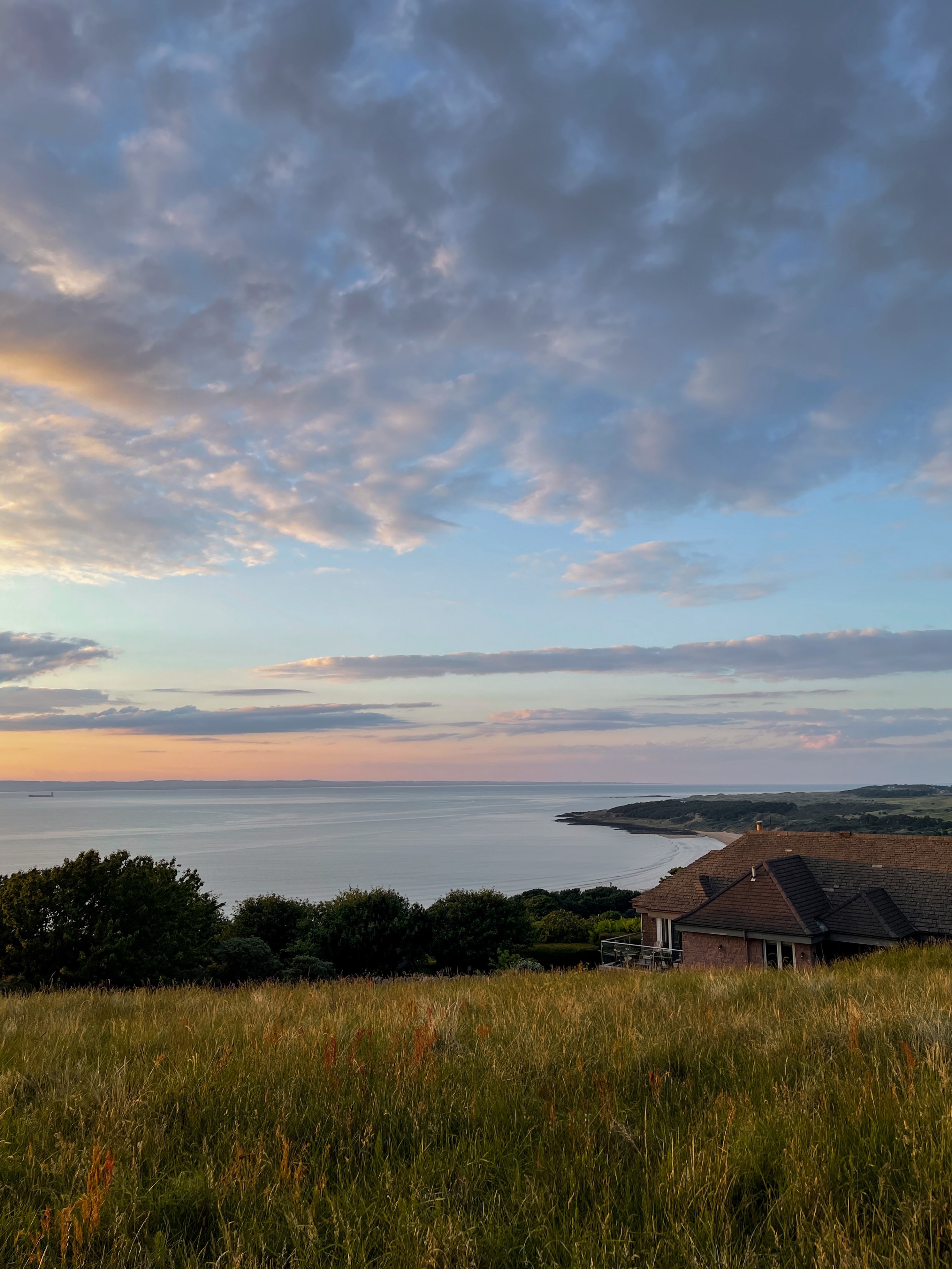 On Monday night, we drove down the coast. Late, and, in all honesty, a bit tired. It would have been easier to stay at home, cook a good meal, and resume the series we were watching on Prime. But no, we packed a flask of tea and snacks for the lads, and headed to Gullane. We’re always seeking out the quietest places (we always have, even in the pre-Covid days) and figured that the tiny shelly beach at Gullane Point would be a good spot to catch the sun set, particularly as we would be watching the light change while walking along the clifftop walk that leads here.

And sure enough, there was this soft light with subtle hues warming the horizon. This sunset didn’t have the drama of some we’ve had of late, but it was no less beautiful. We weren’t completely alone: another couple had had the same thought, and were also taking in the view with their dog. They left as we reached the end of the beach, so we perched on a log, poured a mug of tea, and simply watched as the very last light faded. 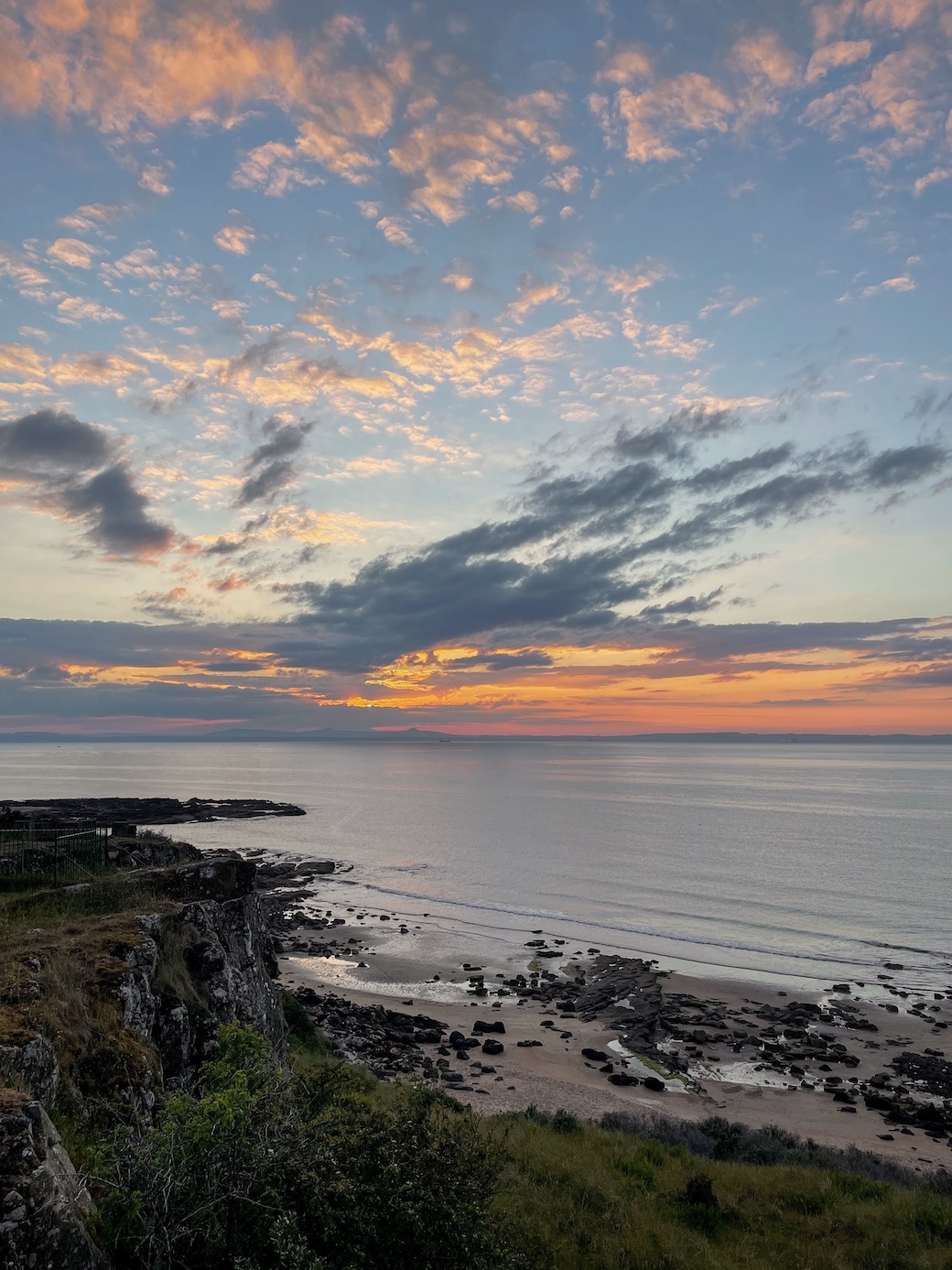 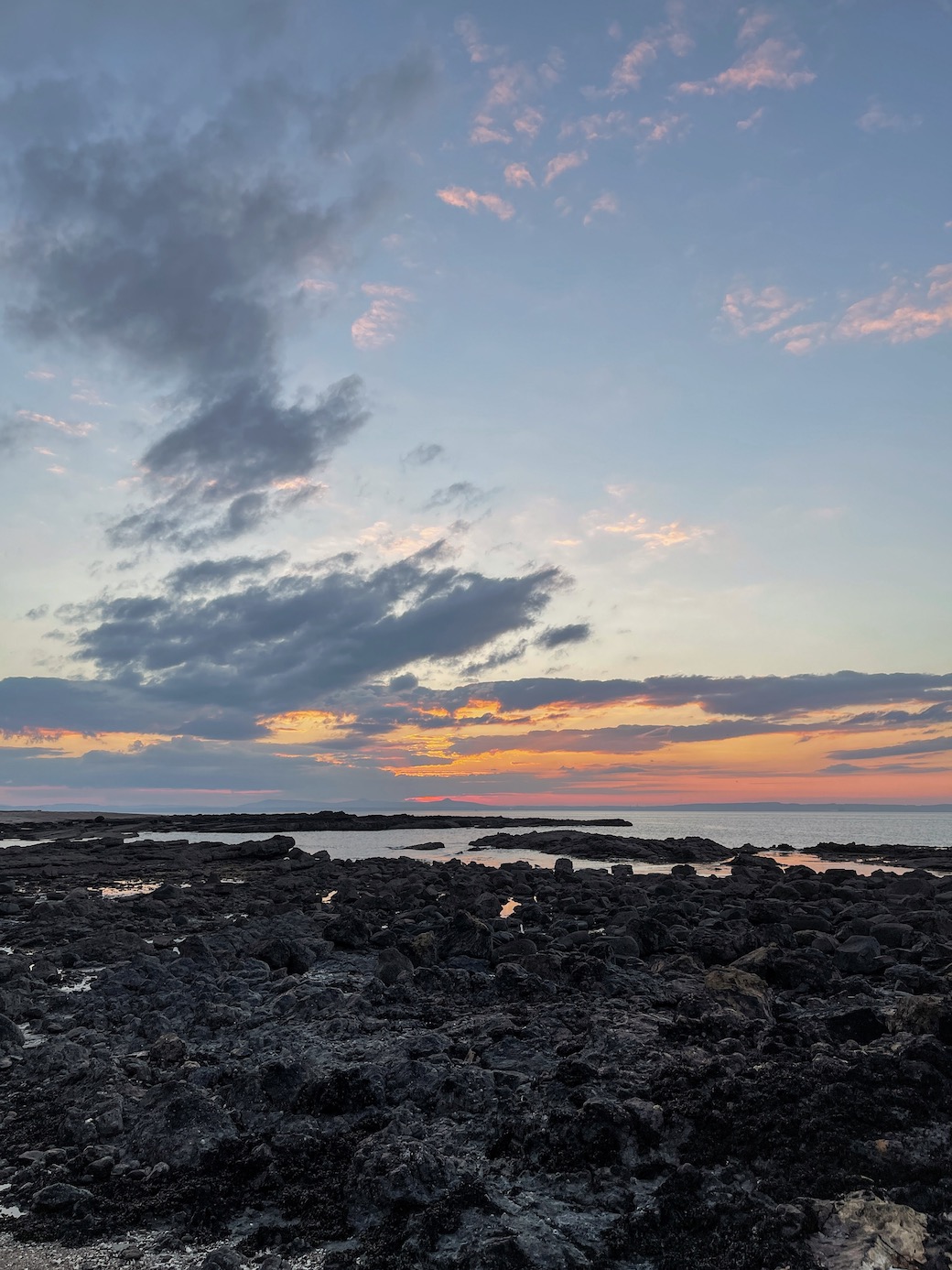 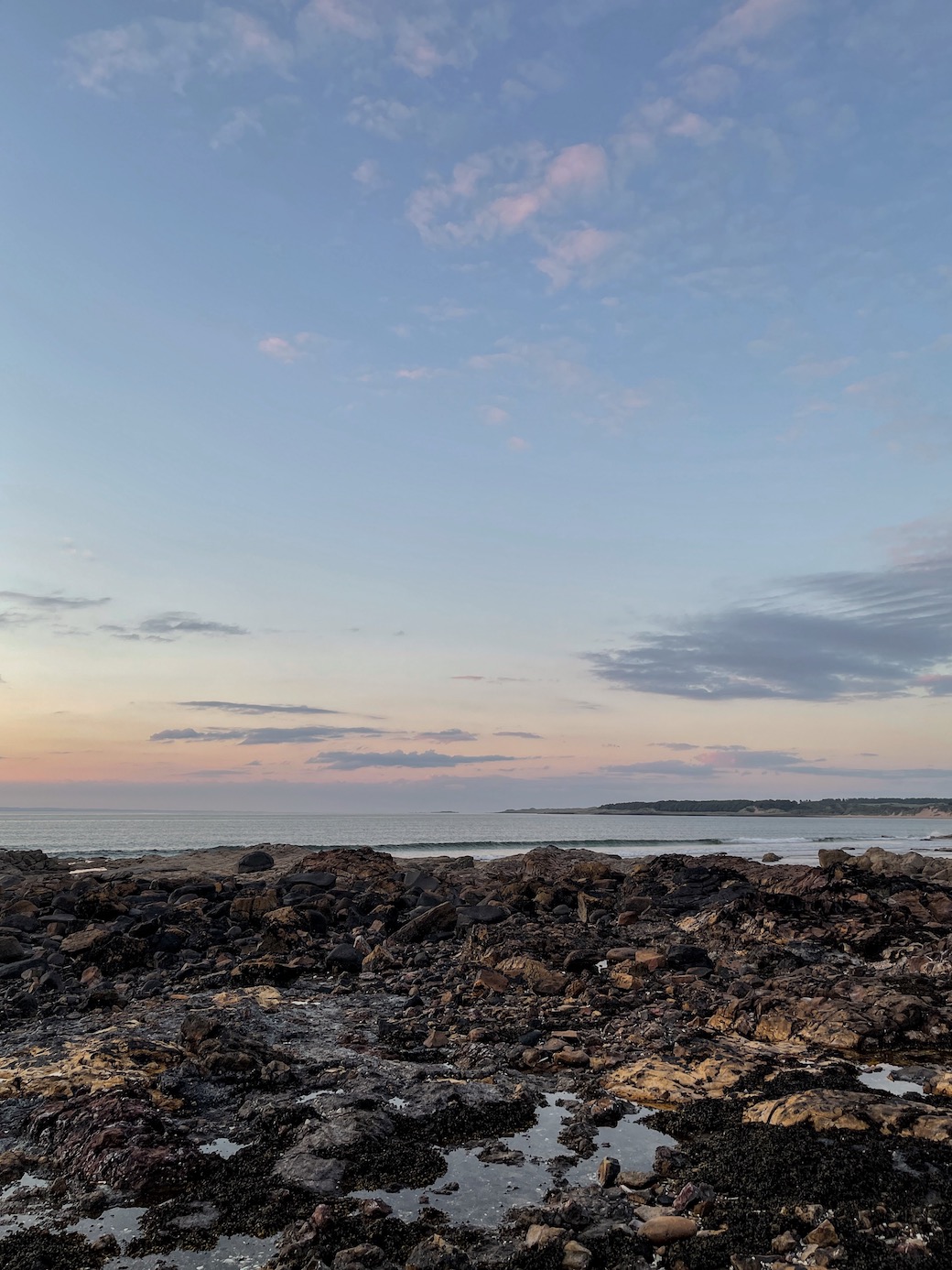 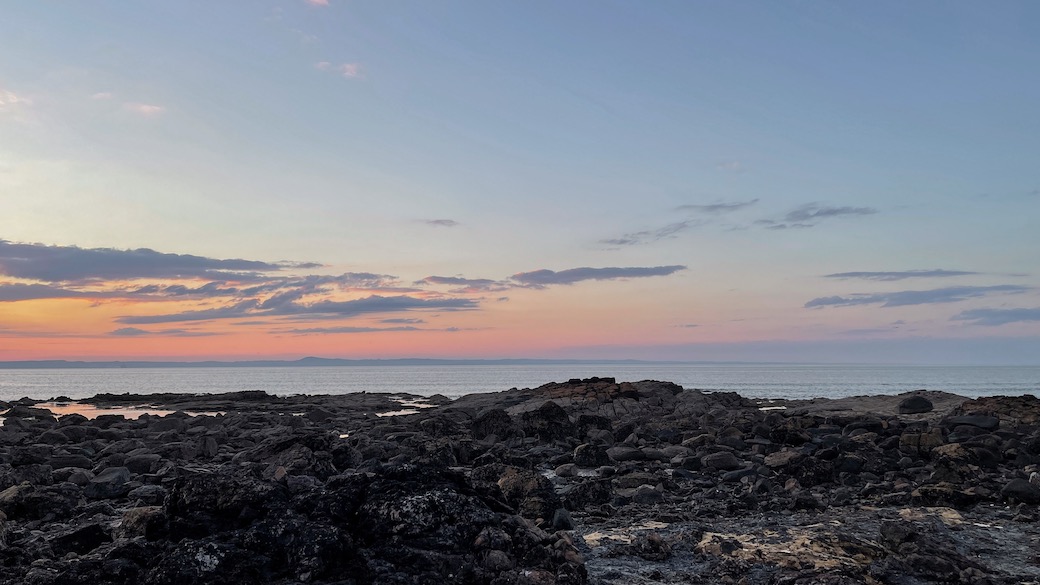 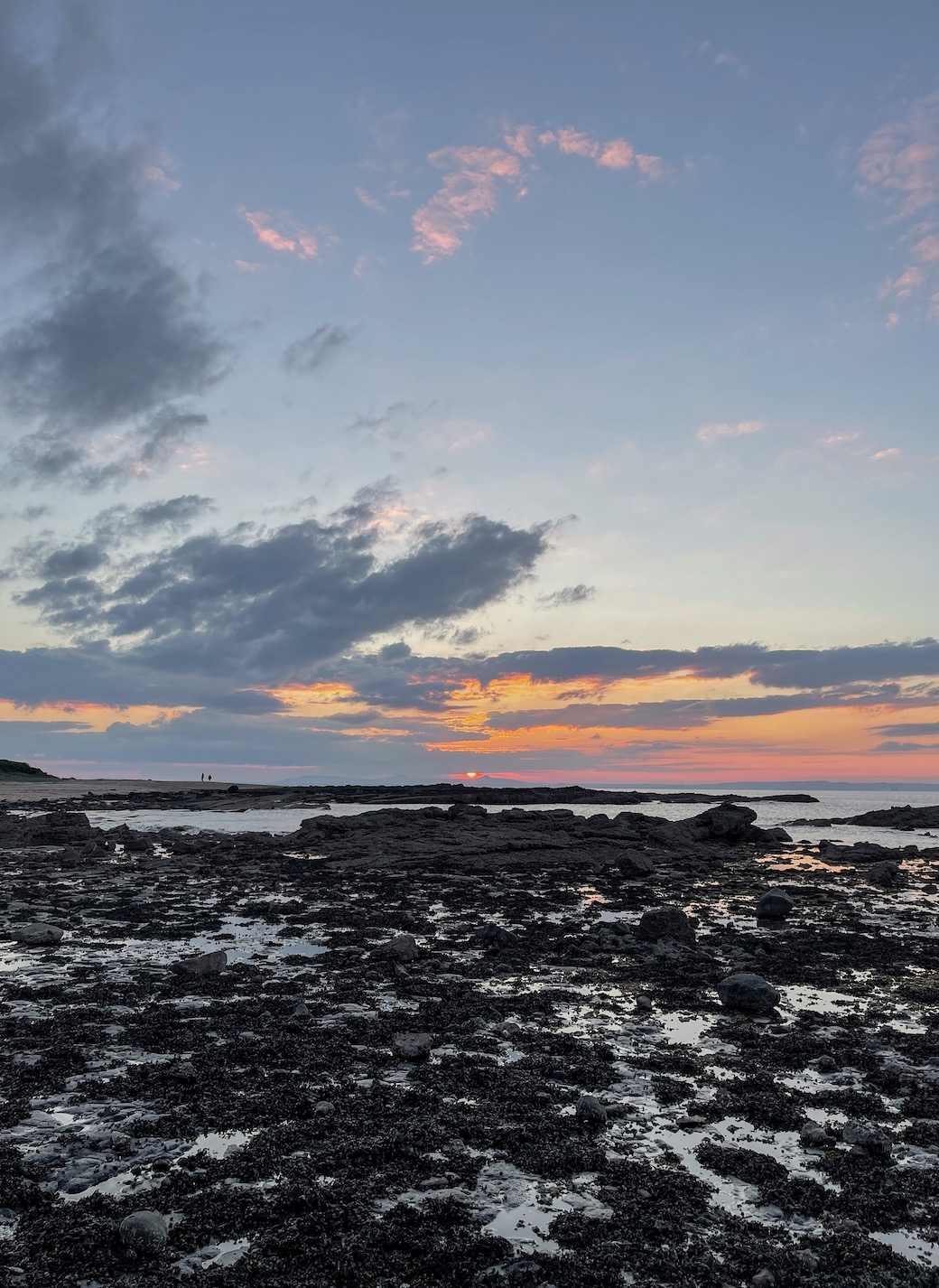 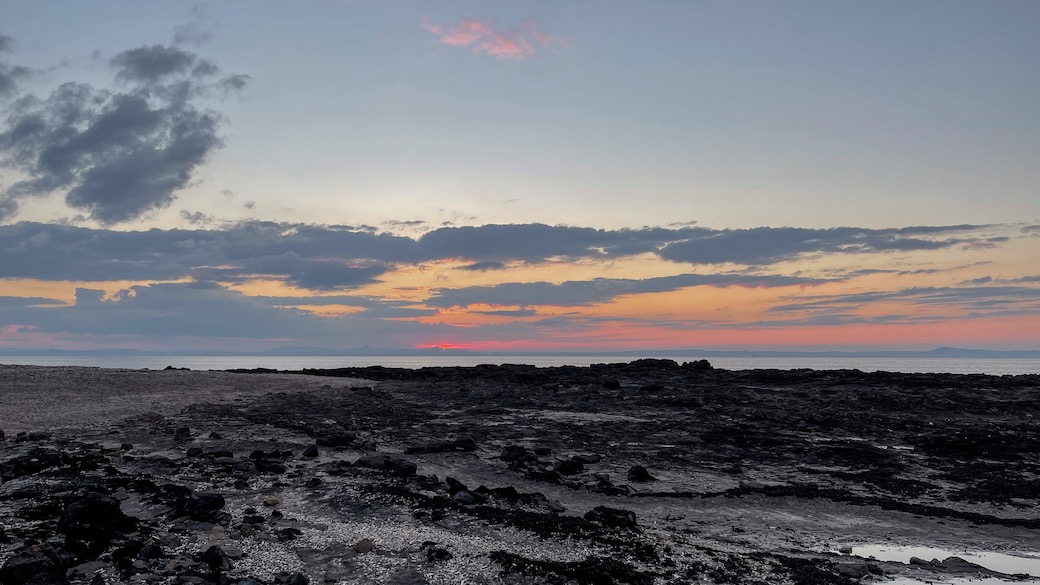 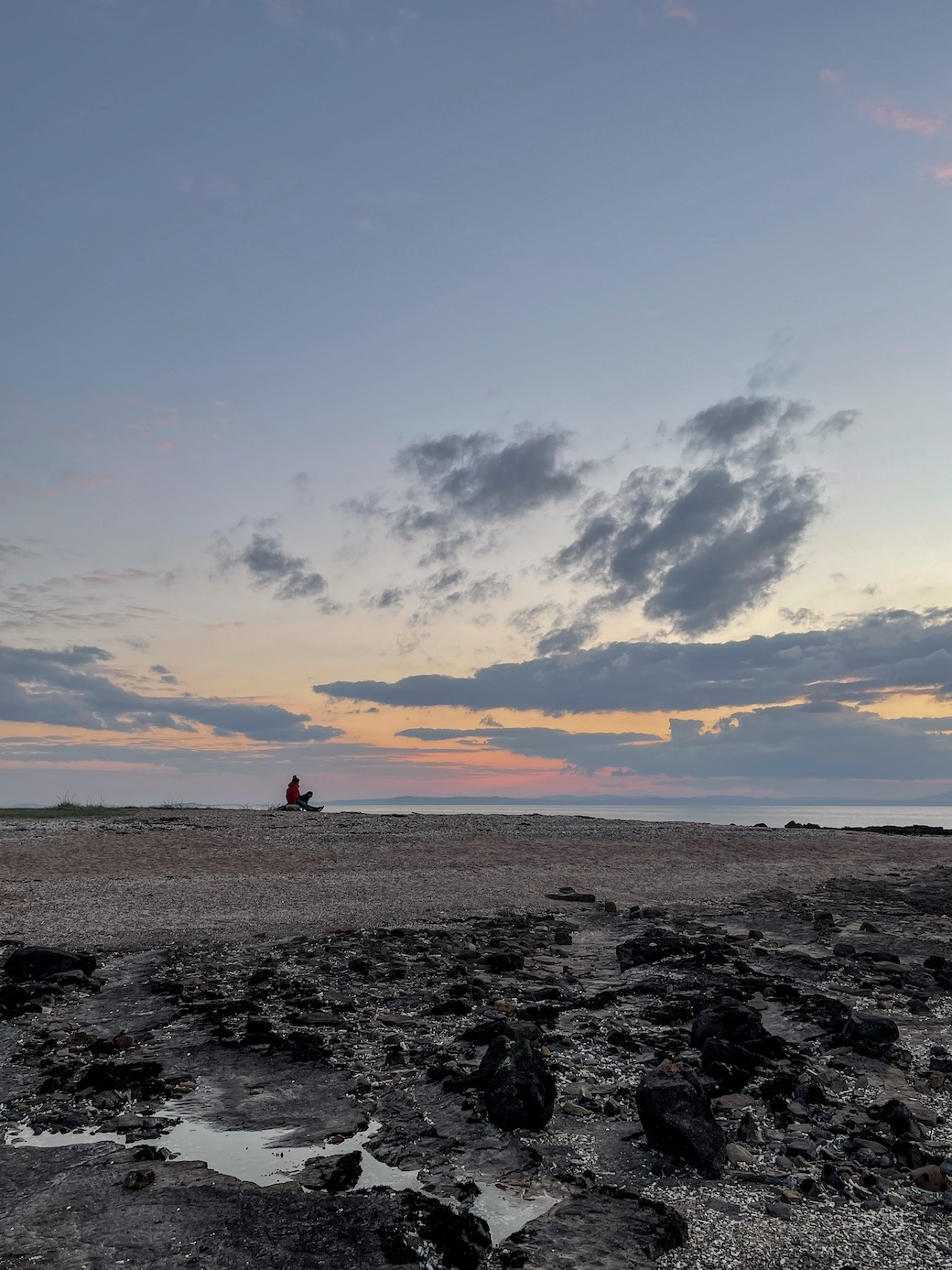 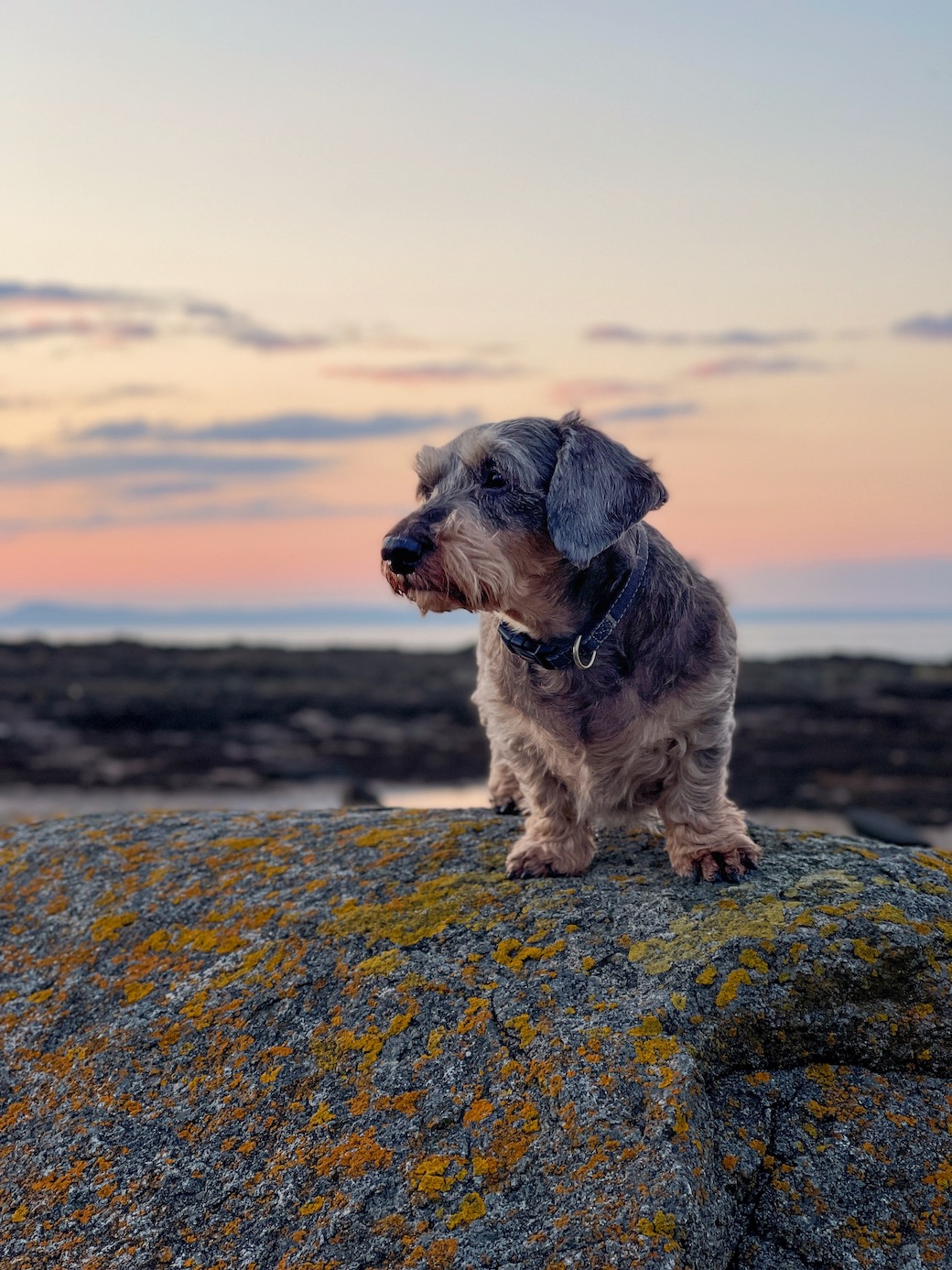 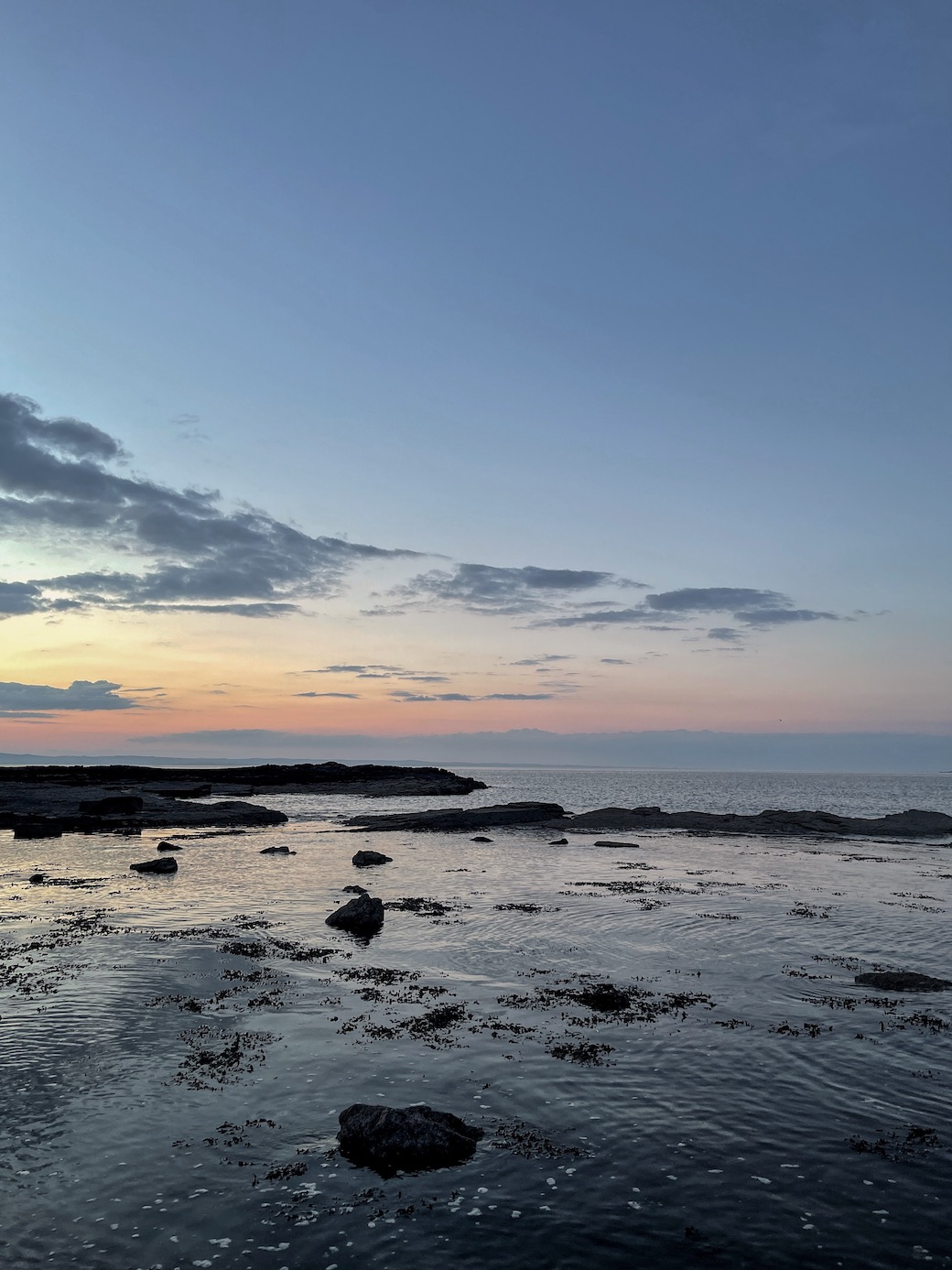 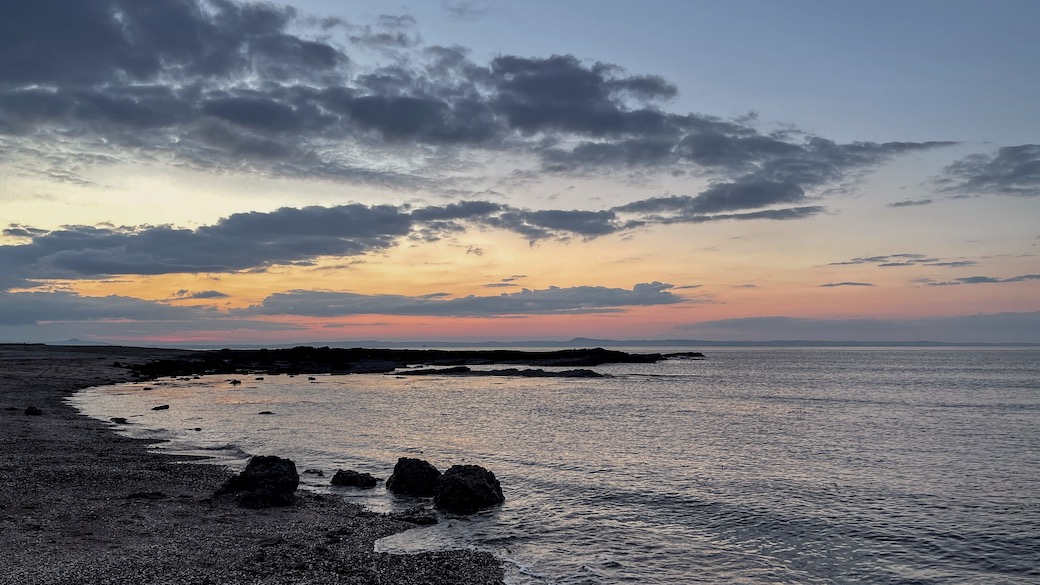 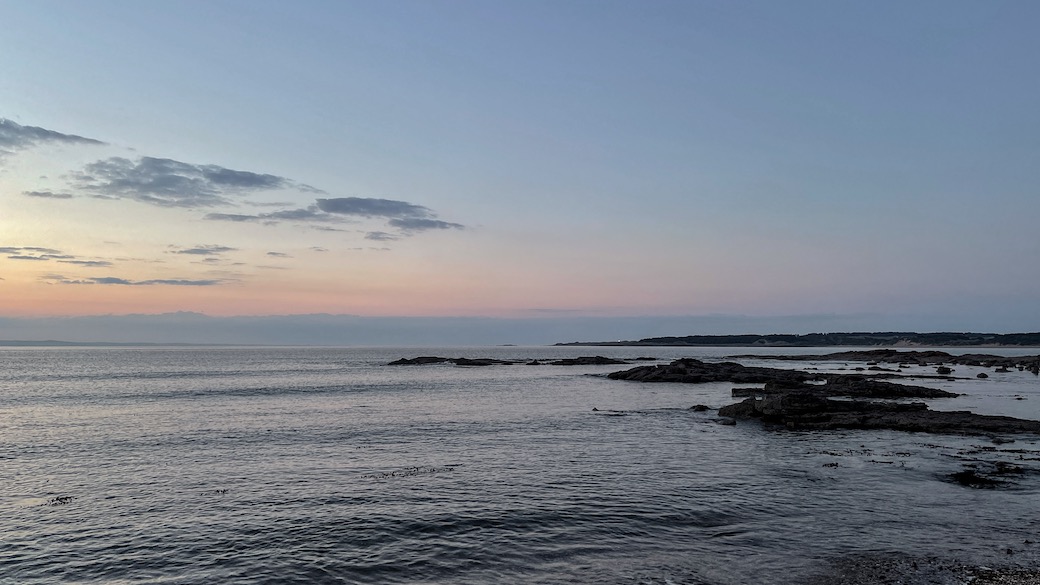 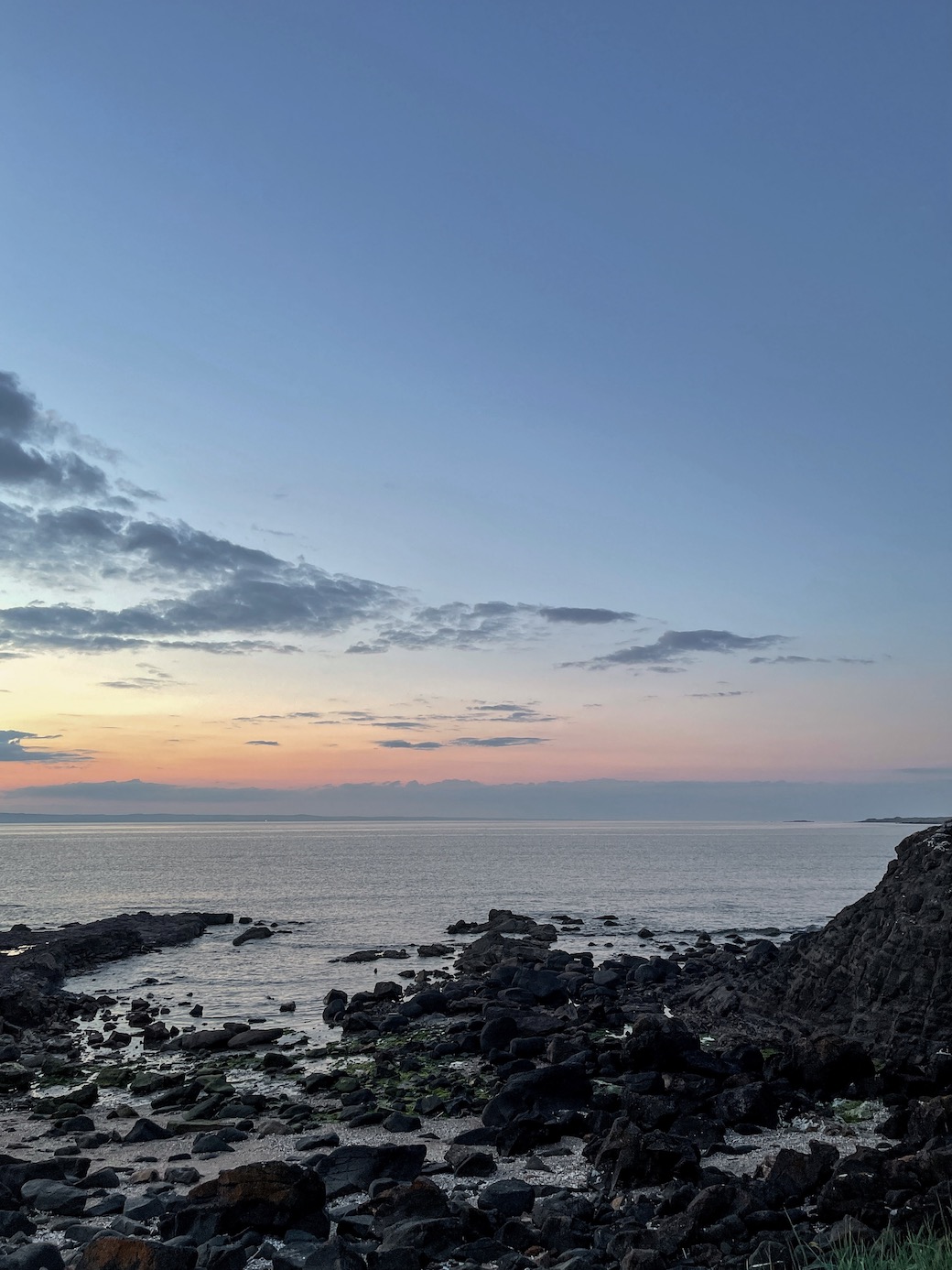 I wanted to end this post with a video, which I haven’t done before, but I often feel that videos are more descriptive of these walks and these moments than photos alone. So this is one of my favourite moments from this walk, as you pass between the former WW2 sea defences and head down the path to the beach. Walking towards these concrete blocks that sit here so incongruously, there’s that anticipation of the view beyond. This view gets me every time.

THE GLOW OF SUMMER