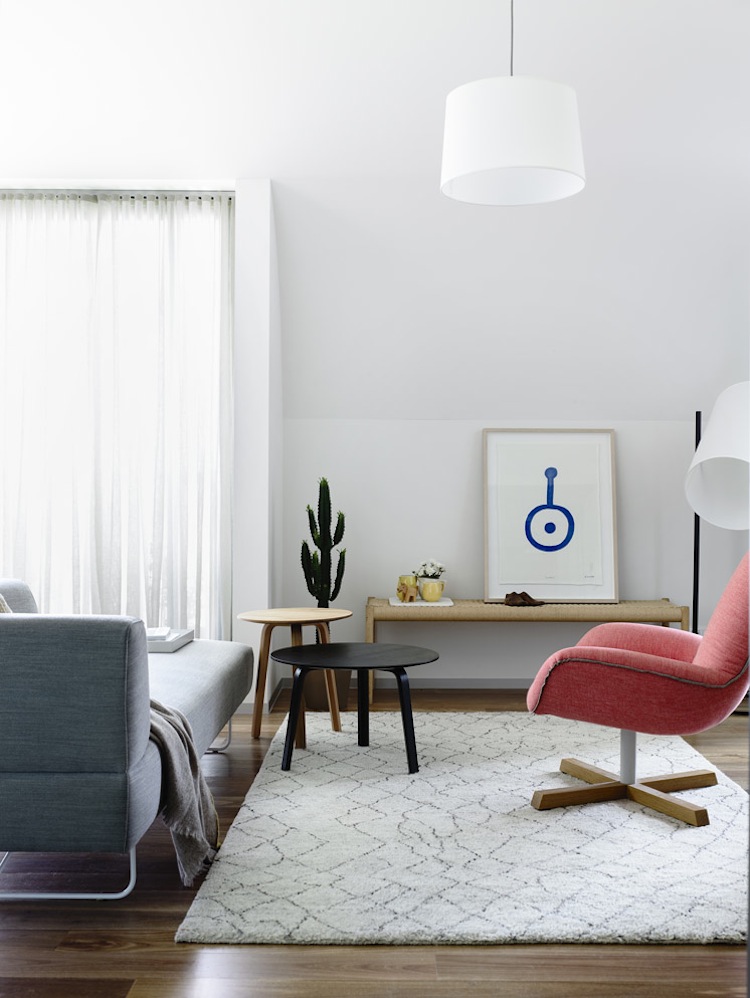 This is the kind of apartment I could see myself living in, in another life, that is – a life without mess or clutter, or piles of work to worry about, or laundry to deal with. If I was one of those people who had mastered the paper-free home office, say – as the home office in these photos, tucked behind that beautiful minty green sliding door, was clearly never designed for detritus. It’s pristine, like the rest of this super-styled apartment. 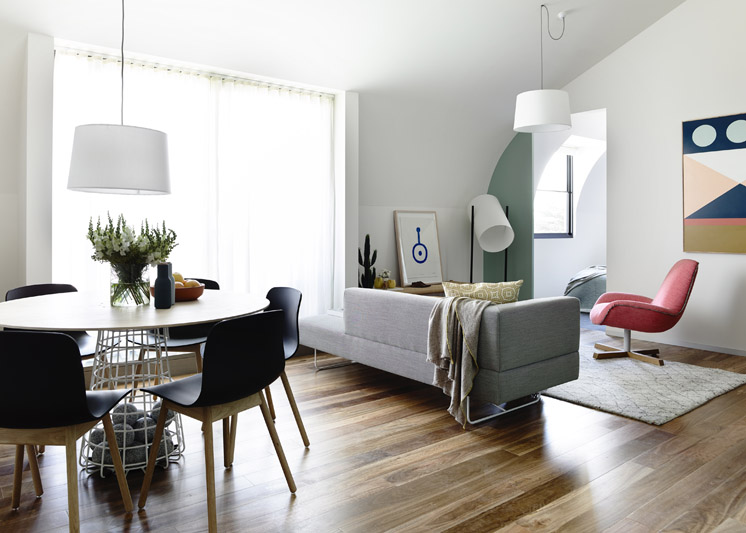 But then, this is a showhome – and a very beautiful showhome at that. When the first photo from this selection popped up on my Tumblr dashboard, I had to do a bit of digging and find out what the rest of the interior looked like, which led me to this feature from Est Magazine. This development is located on top of an iconic building – the 110-year-old Edwardian Panama House building – on Smith Street in the Melbourne suburb of Fitzroy. 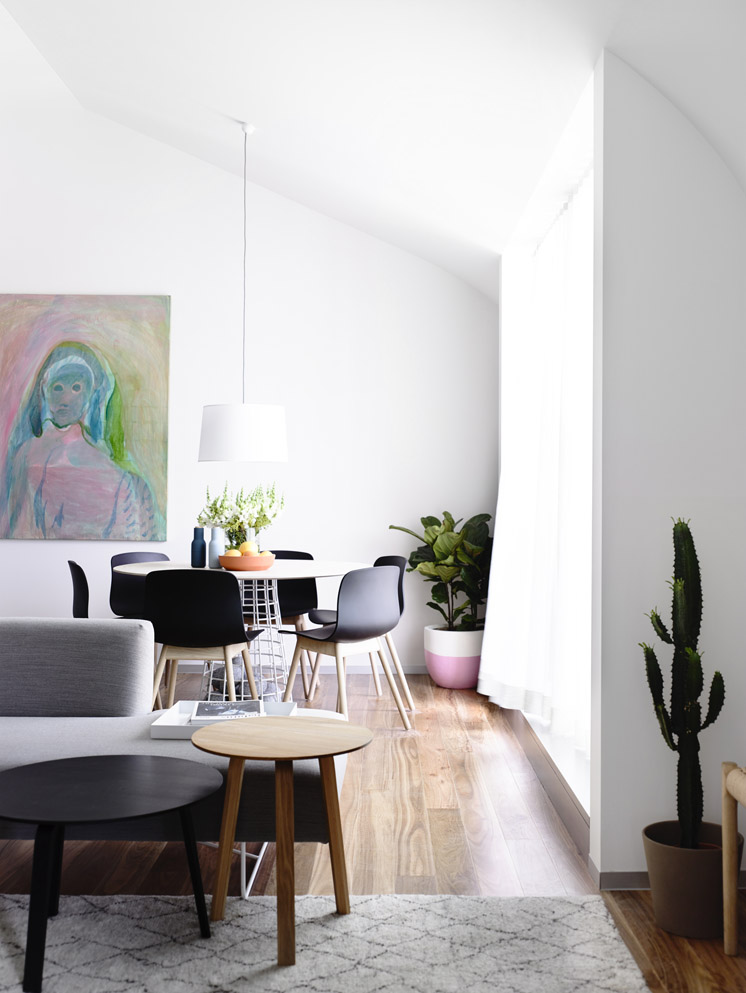 The Fitzroy Apartments are the work of Neometro, one of Melbourne’s most design-focused developers who were also one of the first Australian development companies to both design and build. As the company’s website says: ‘Neometro delivers projects that are beautiful, functional and timeless.’ 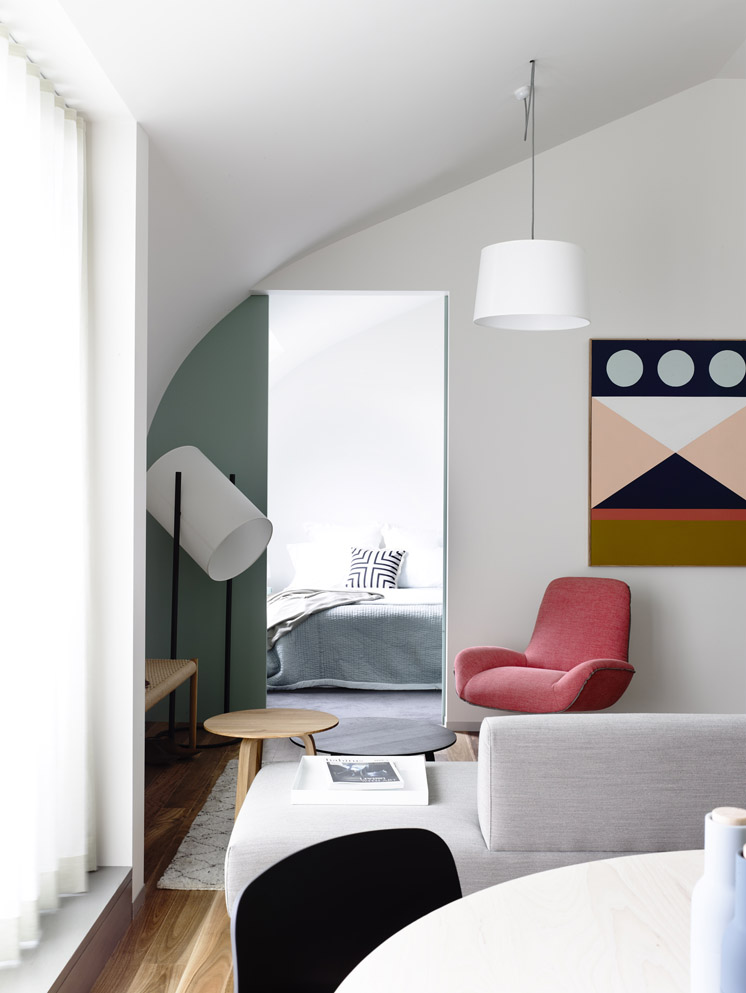 Here, the developers worked with MA Architects and Grant Amon Architects with the aim of integrating old with new, and combining the character inherent in a period building with crisp contemporary design.

To be honest, when I first laid eyes on the top image, I’d assumed this was some super-chic Scandinavian apartment – I am Scandi obsessed after all – although, as Est points out, the 15 one and two bedroom warehouse-style apartments have a bit of a New York loft vibe. 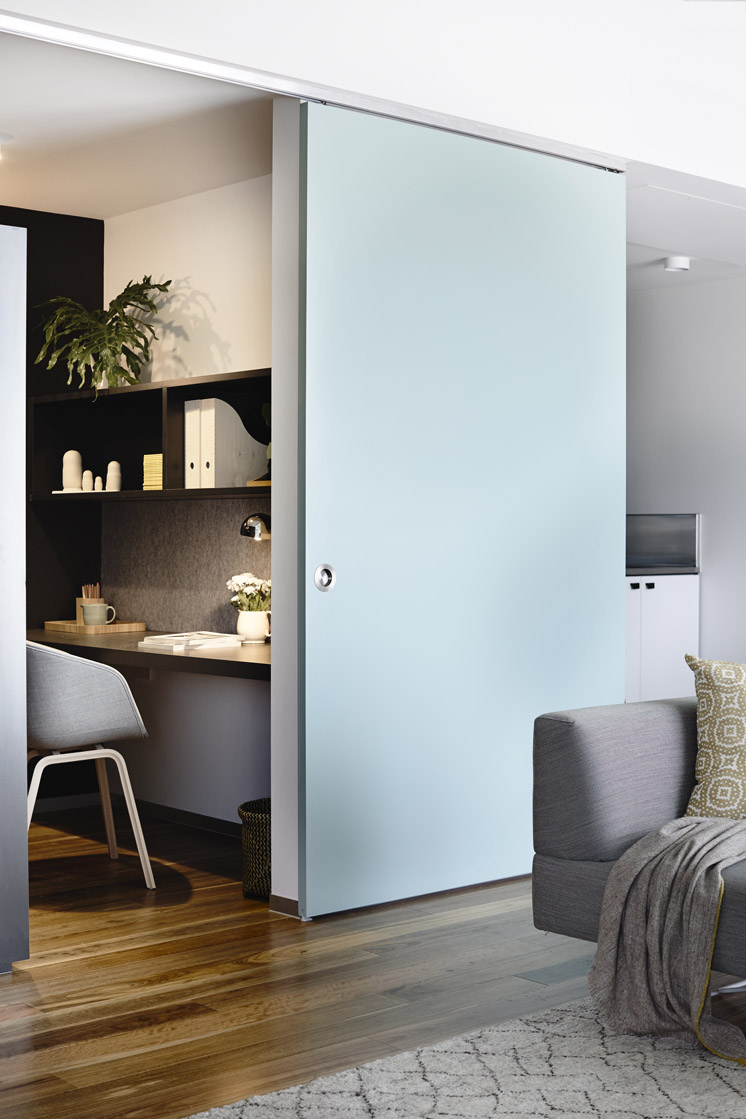 The simplicity here is oh-so-desirable, and the light is gorgeous (as you’d expect from this location). Personally, I love the subtle pops of colour – those minty pastel sliding doors where you might expect a timber finish – and the fluid curves of the ceilings. 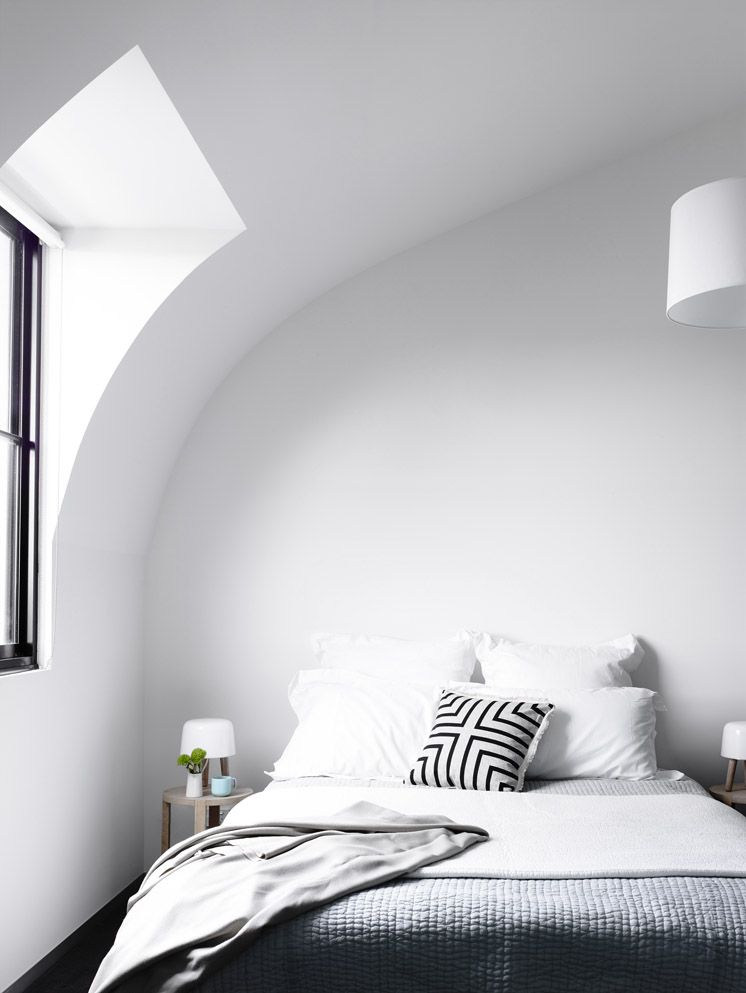 And the styling is spot on. If you look at the pieces, the palette is mostly monochrome with soft greys against black and white, but the subtle bursts of colour bring a freshness to this interior.

What idea would I take from this? For me, those coloured sliding doors give this space an edge. 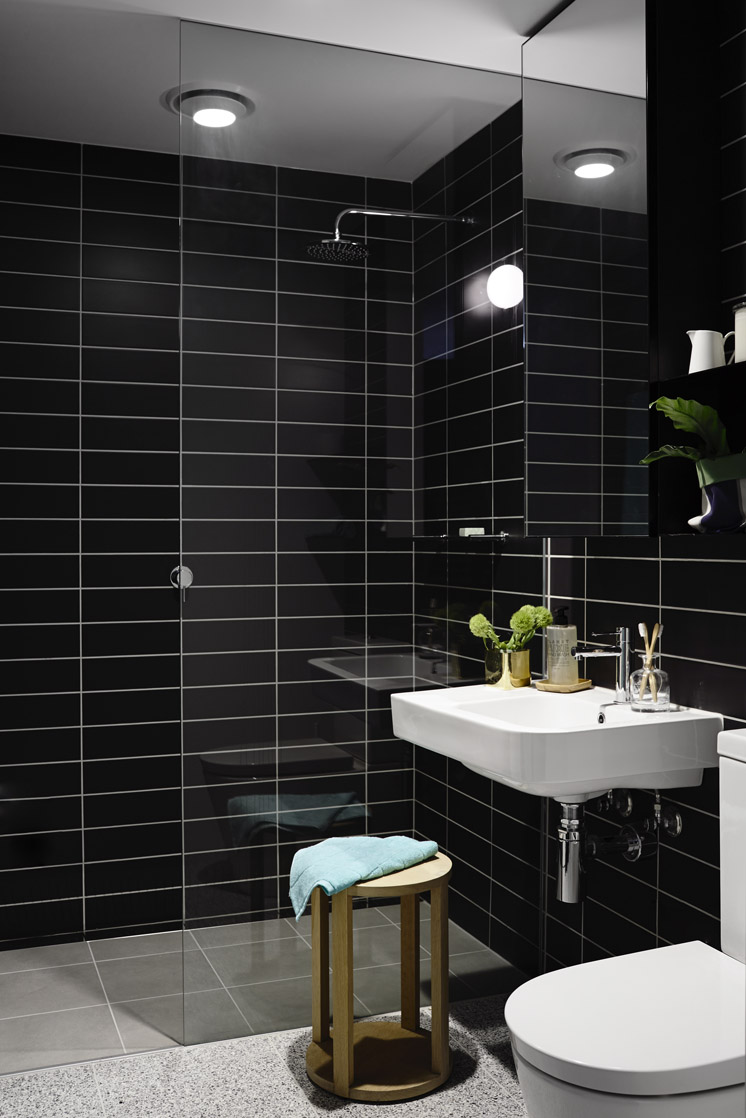