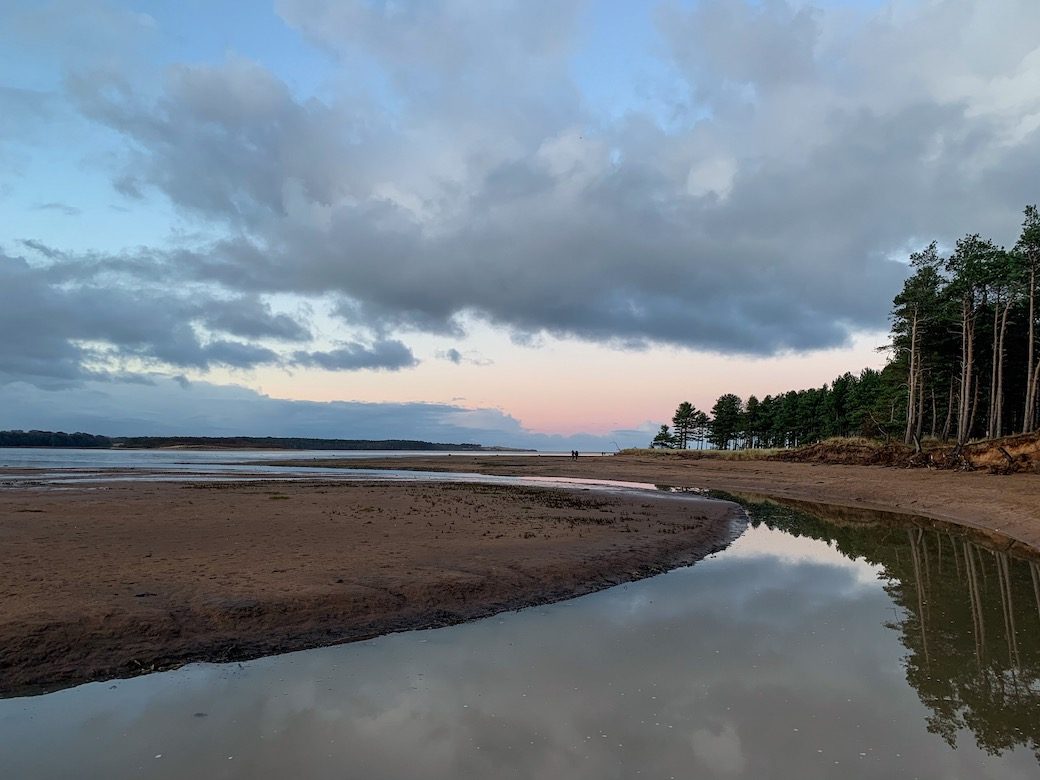 I shared these photos in a recent Steller story called ‘pink‘, and as I’m sitting at my desk on this last Friday of January, listening to the rain, on a day that has been endlessly grey, I thought I’d share these pink-toned skies and dramatic clouds here too. Just as a reminder that skies aren’t alway grey. 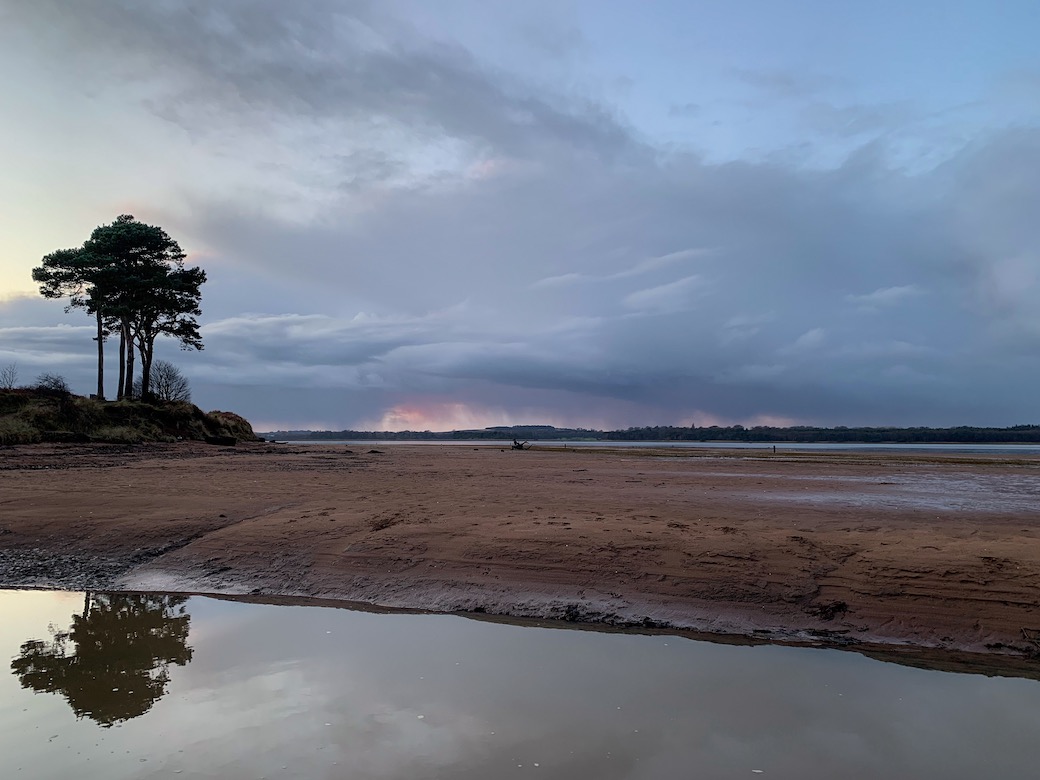 Also, if I’m honest, this post is a little bit about frustration – something we’re probably all feeling at the moment to different degrees. This walk was right at the beginning of January, and when we arrived at John Muir Country Park, as we started our walk – which takes us past the enclosures for the East Links Family Park and along the edge of the woodland – I could see the glow of the sun setting up ahead, beyond the trees. It had been raining on our short drive to get here, and as we arrived sunlight was bursting through the clouds behind us while it was simultaneously pouring with hail, so we sat in the car, listening to the hail battering on the roof, waiting for a break in the weather. 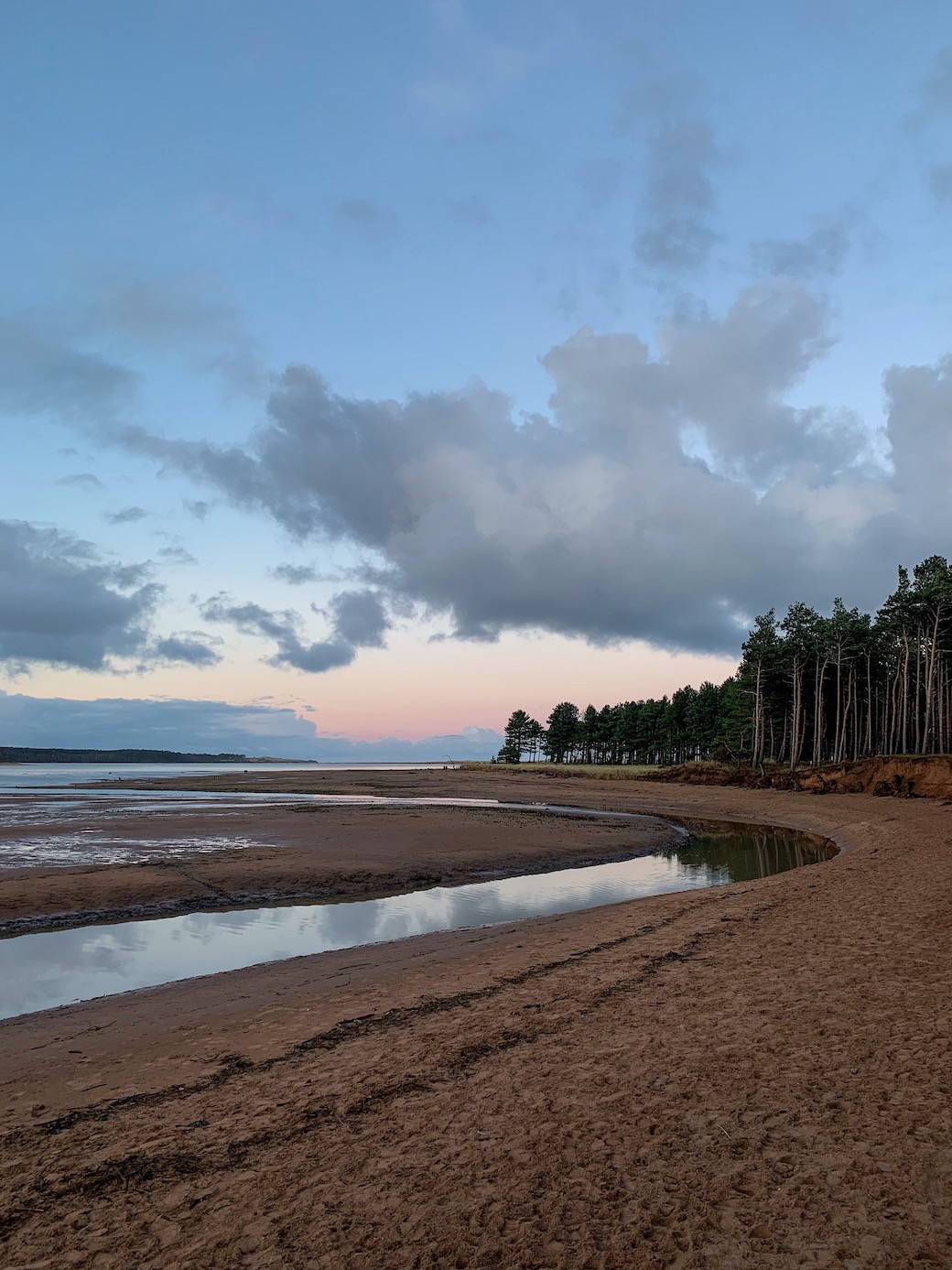 And when that break came, I couldn’t get here, to this point, fast enough. I could see that the sunset was going to be dramatic with the orange blaze of light ahead against the dark, moody clouds. But two of my family members were having a slow walk. A sloooooow walk. “C’mon!” I said, trying to sound encouraging rather than annoyed. “Can you see the light ahead? Can we walk a bit faster…?” But no, there was a speed that one human and his hound were sticking with. It isn’t a long walk along the edge of the woods, but as we got closer to the bay I was watching the light fade, that orange blaze becoming a gentle glow, until the orange disappeared completely. These are the moments I look forward too. I wait all week for these photo moments, so I was… frustrated.

But then, when we reached this point and spilled out from the woods onto this stretch of sand, I realised that there was a different light waiting here, with smudges of lilac and purple and the occasional flourish of pink against the deep blue of the clouds, and with this delicate pink hue appearing way out in the distance, beyond the dunes, over the sea. 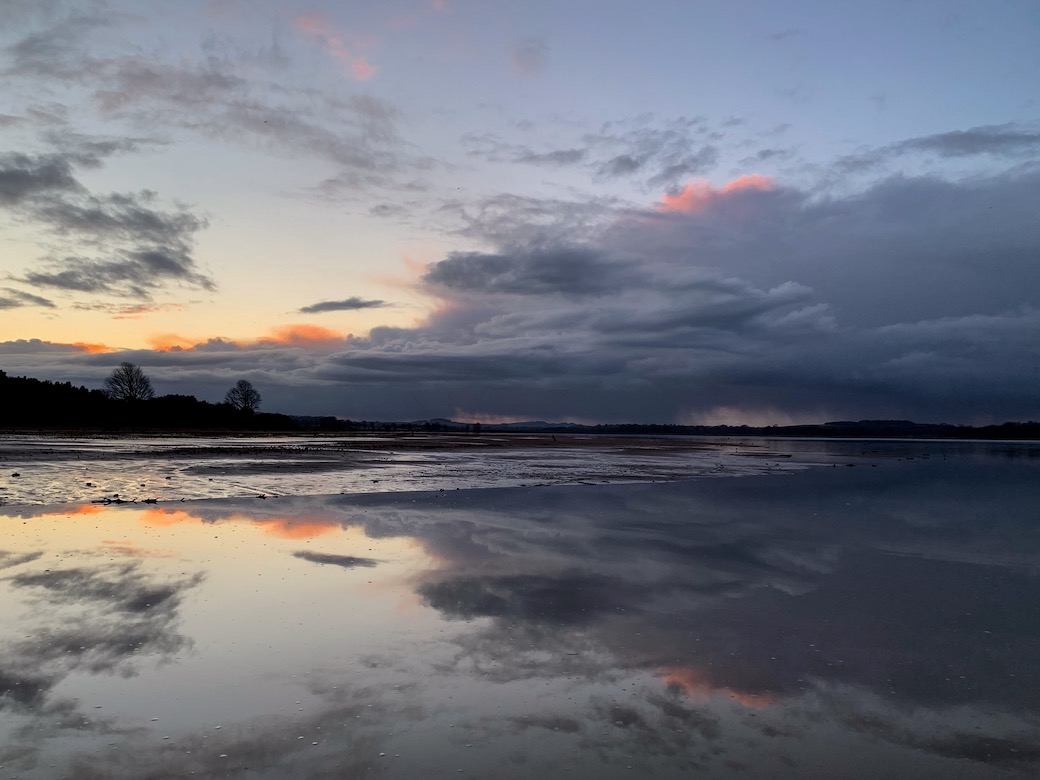 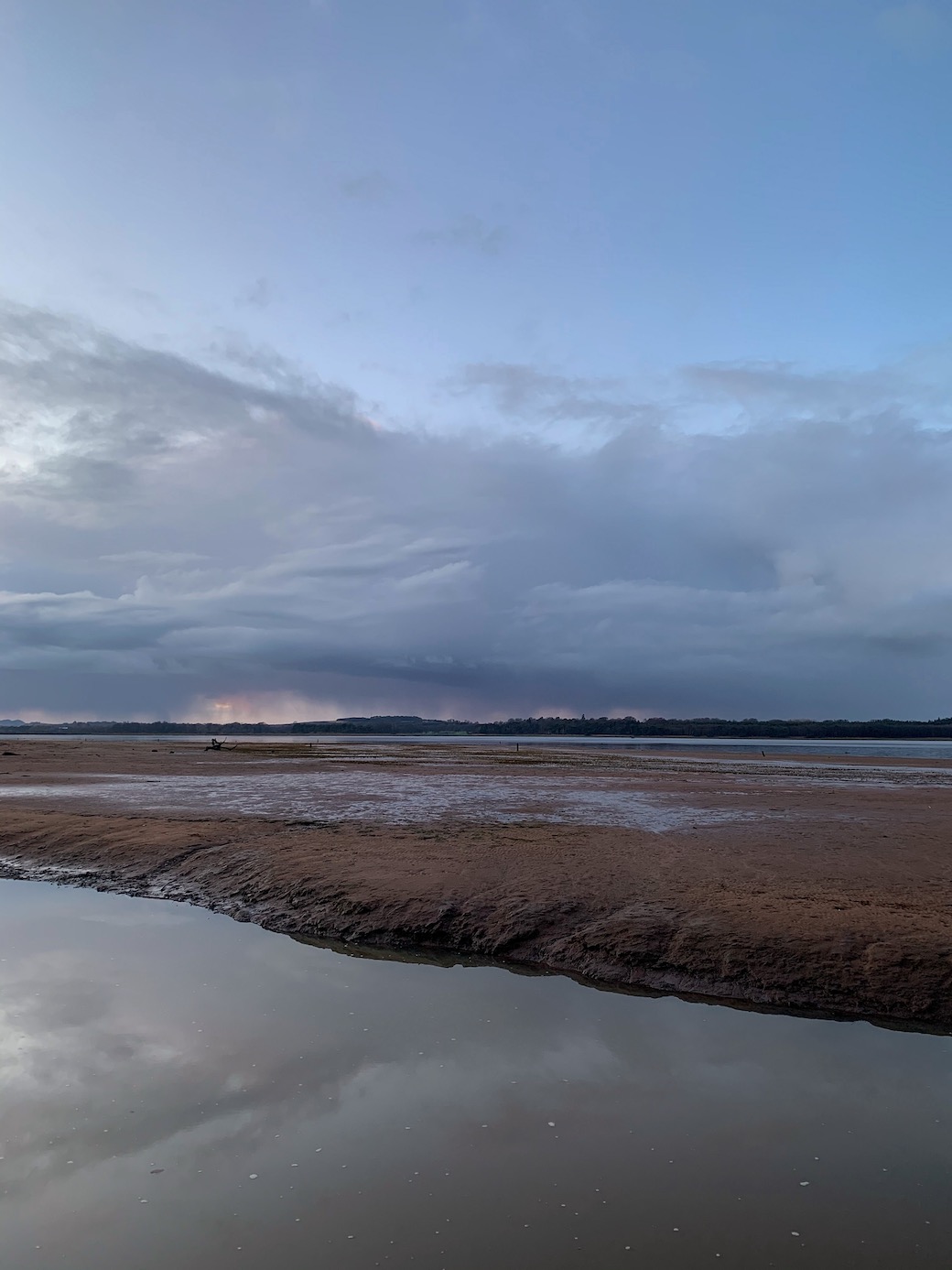 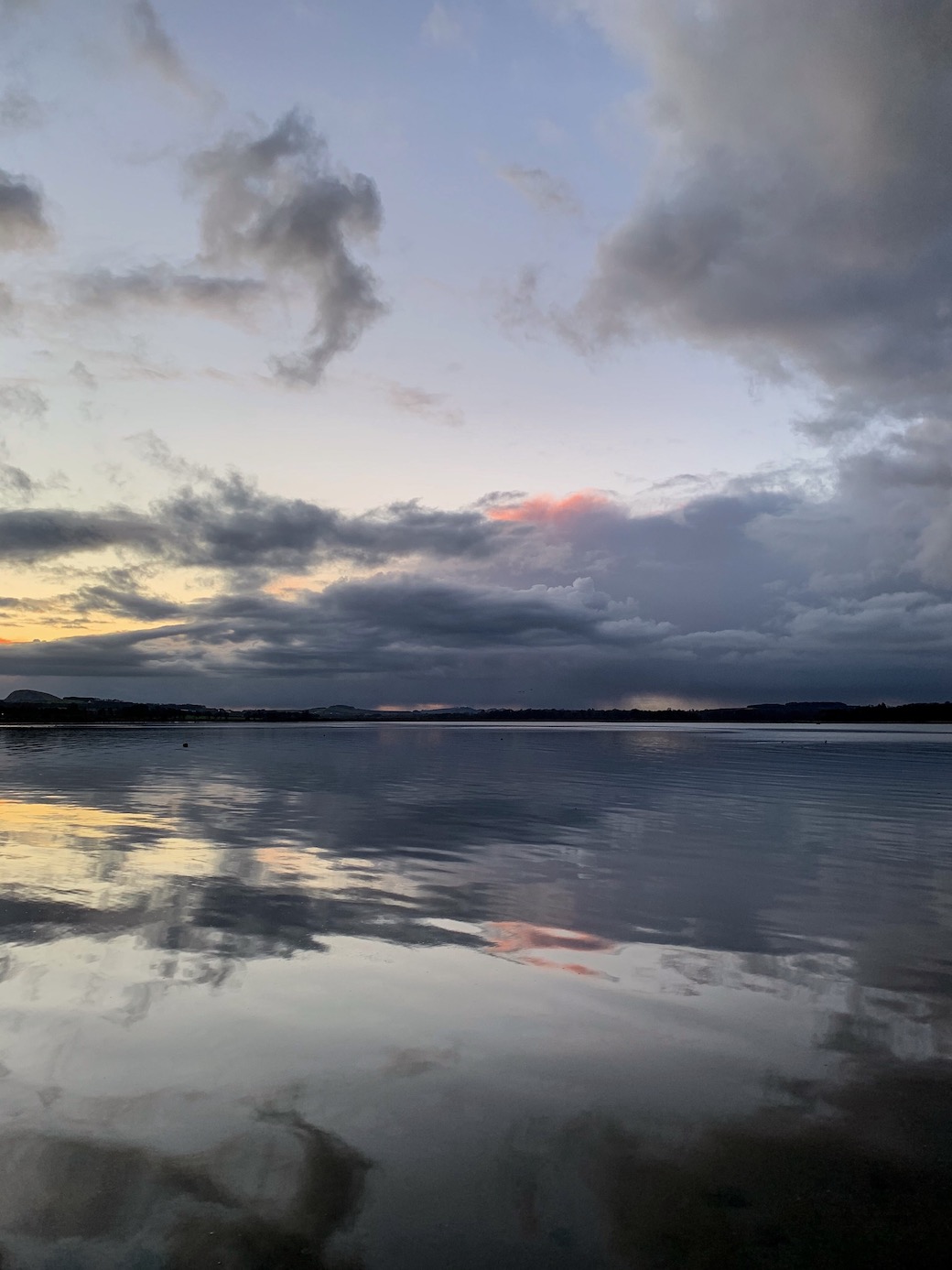 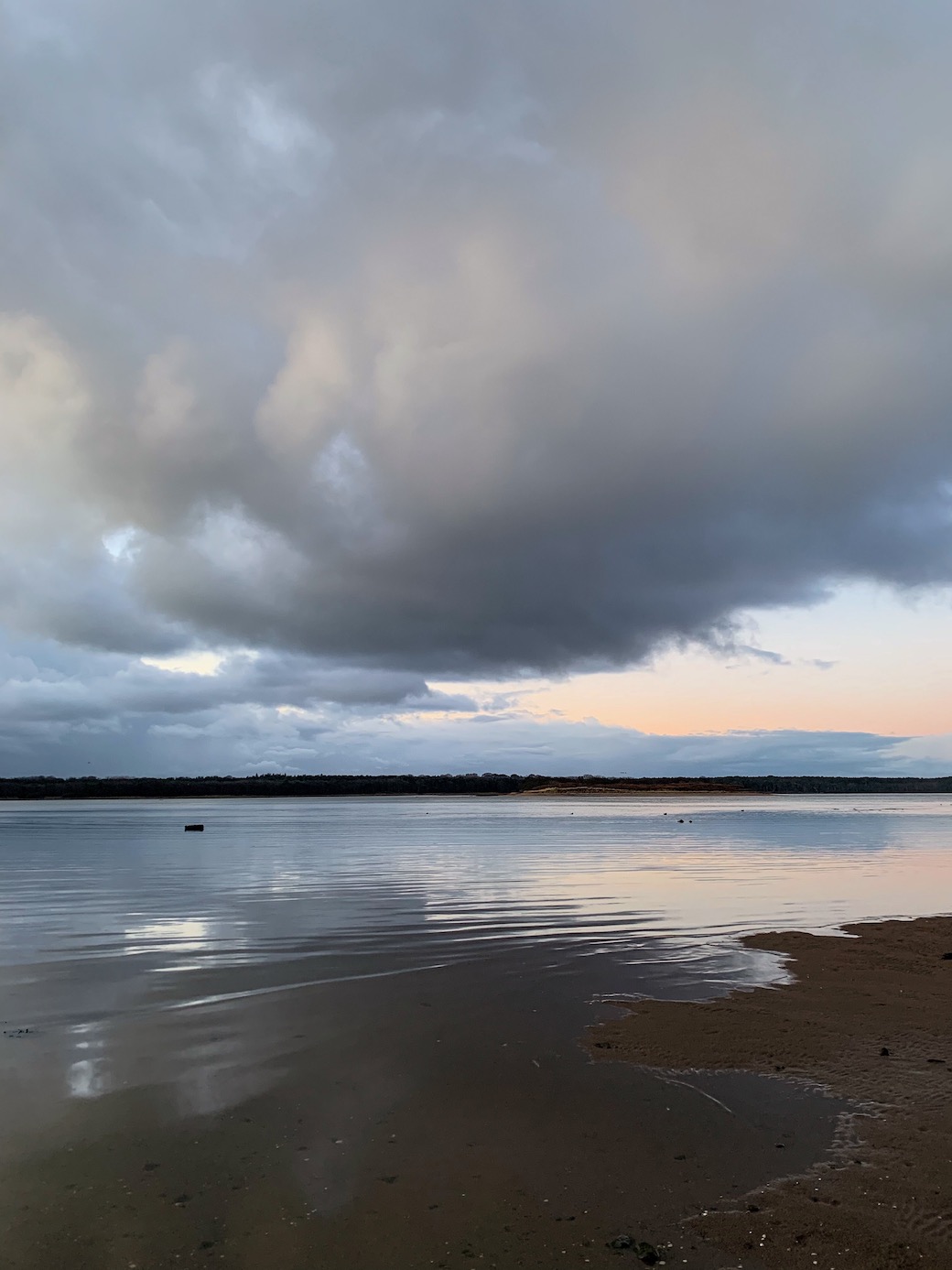 The light was more subtle than the drama of the sunset, but it was just as beautiful. This gentle light as the tide edged deeper into the bay. My frustration evaporated; that need to hurry that I’d felt twenty minutes beforehand was gone. I guess there’s a moral here somewhere if I really want to read one into this: however frustrated we might be feeling right now about not moving forwards, in whatever ‘forwards’ means or looks like for us, it’s important not to miss the other things that are happening now, the other opportunities that we might be ignoring because it isn’t part of the ‘plan’.

Or maybe there is no plan. I’d hoped that 2020 would bring one into focus but it didn’t. So maybe it’s about using this time to do some things we love, that feed our minds a bit. A new project perhaps. I have a few ideas that I’m going to start working on, things that I’ve been rolling around in my head throughout this week and last. But for now, on this dreich Friday afternoon, I’ll leave you with more of this sky and this beautiful light. 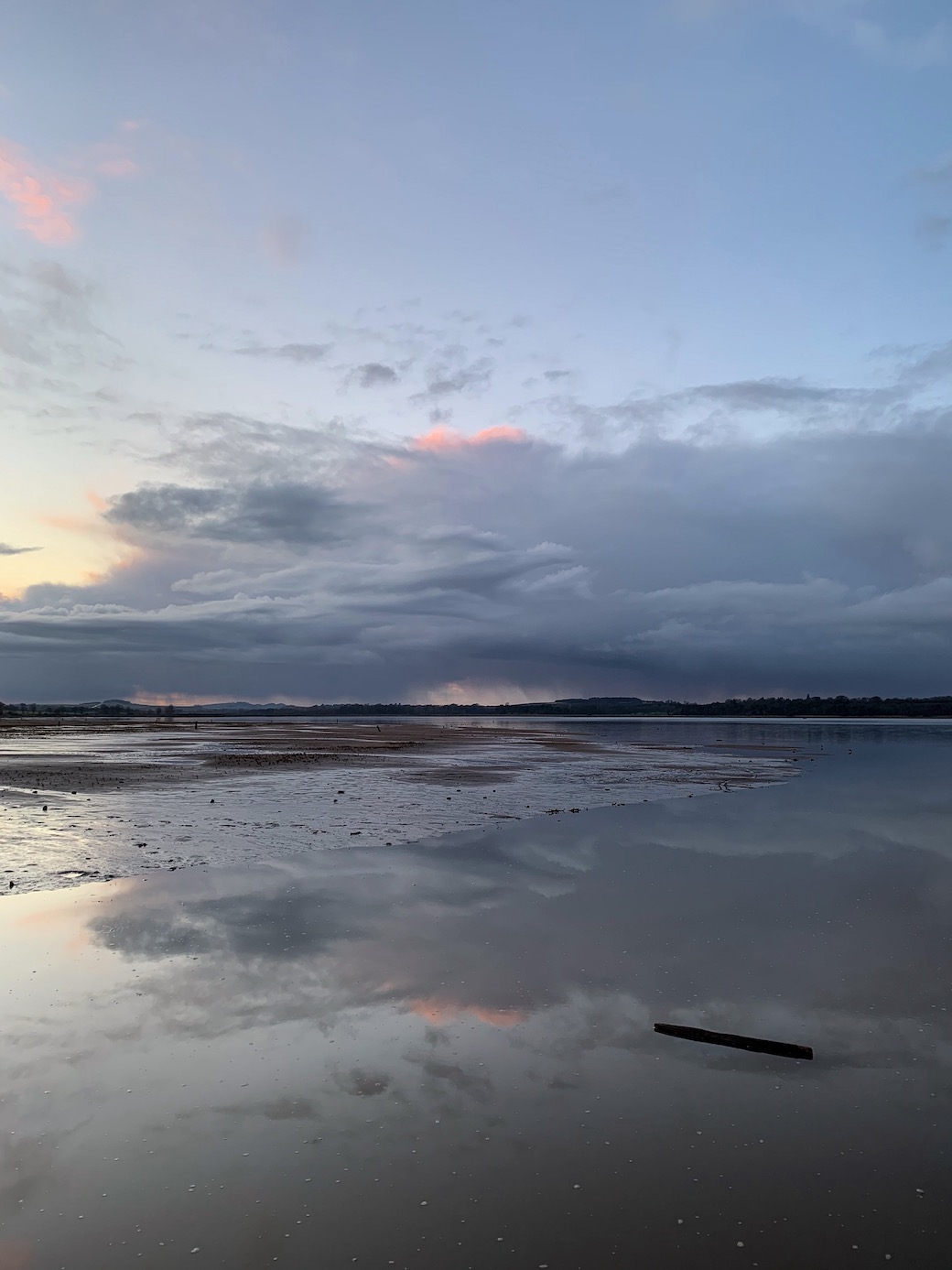 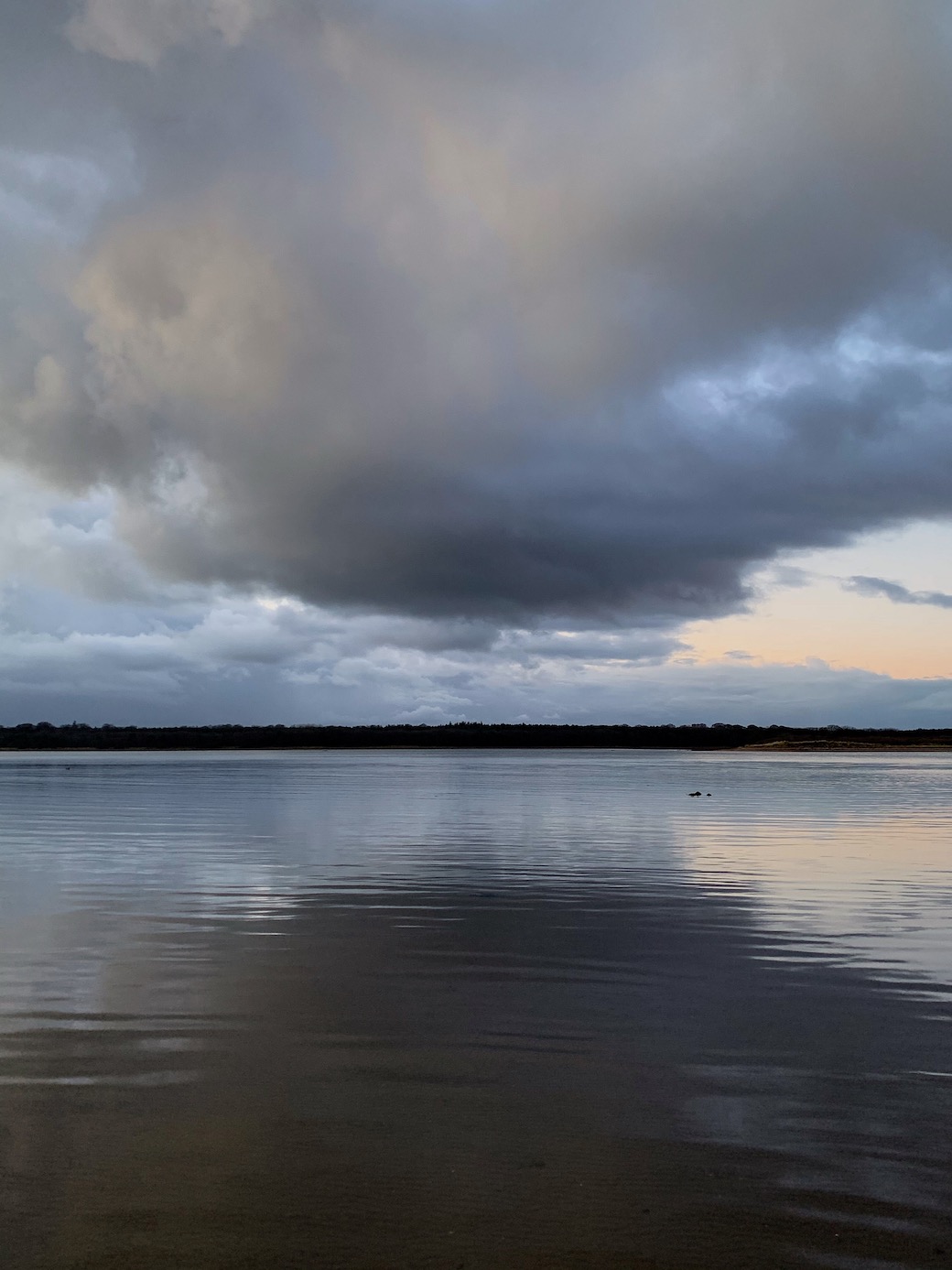 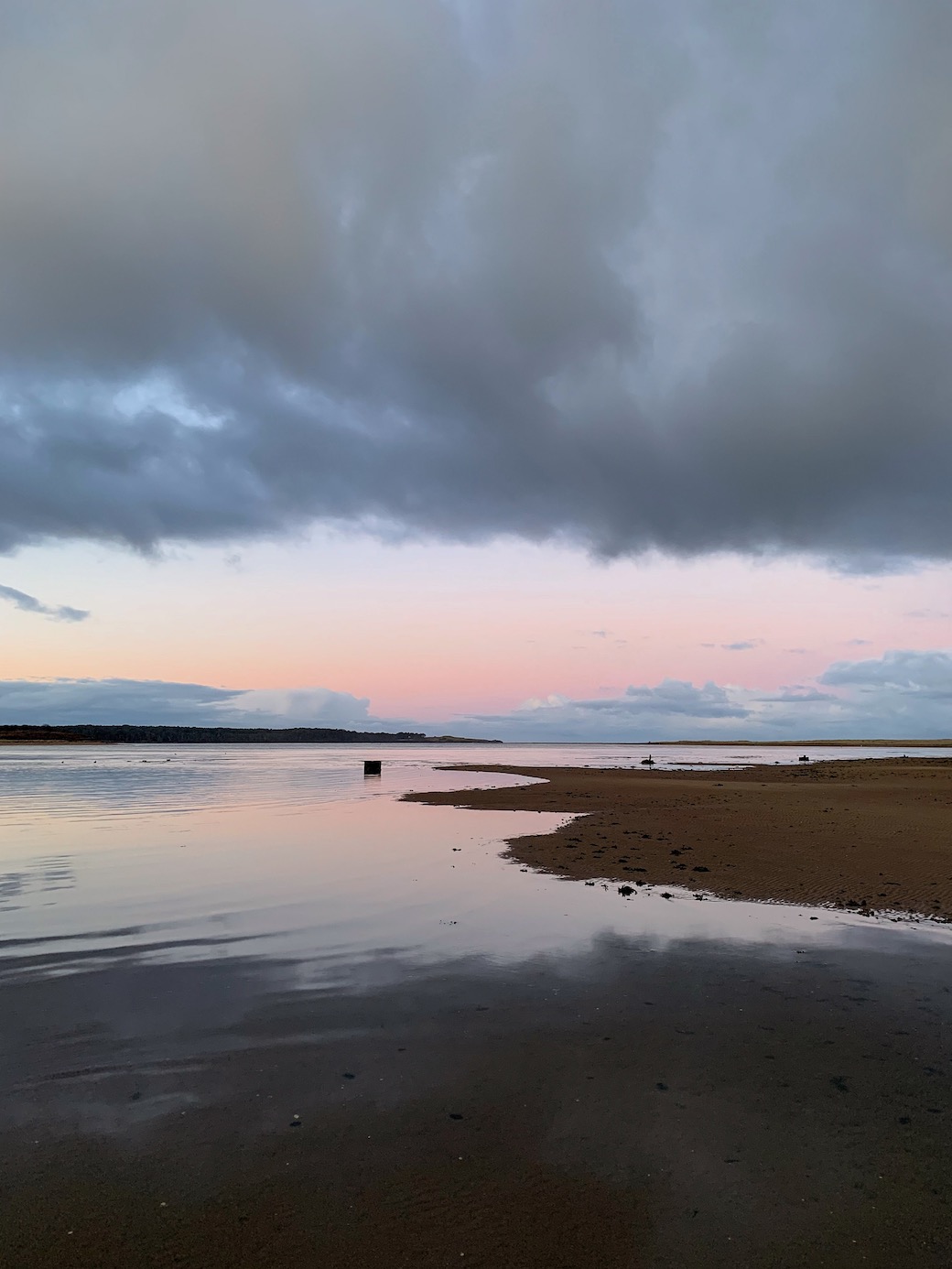