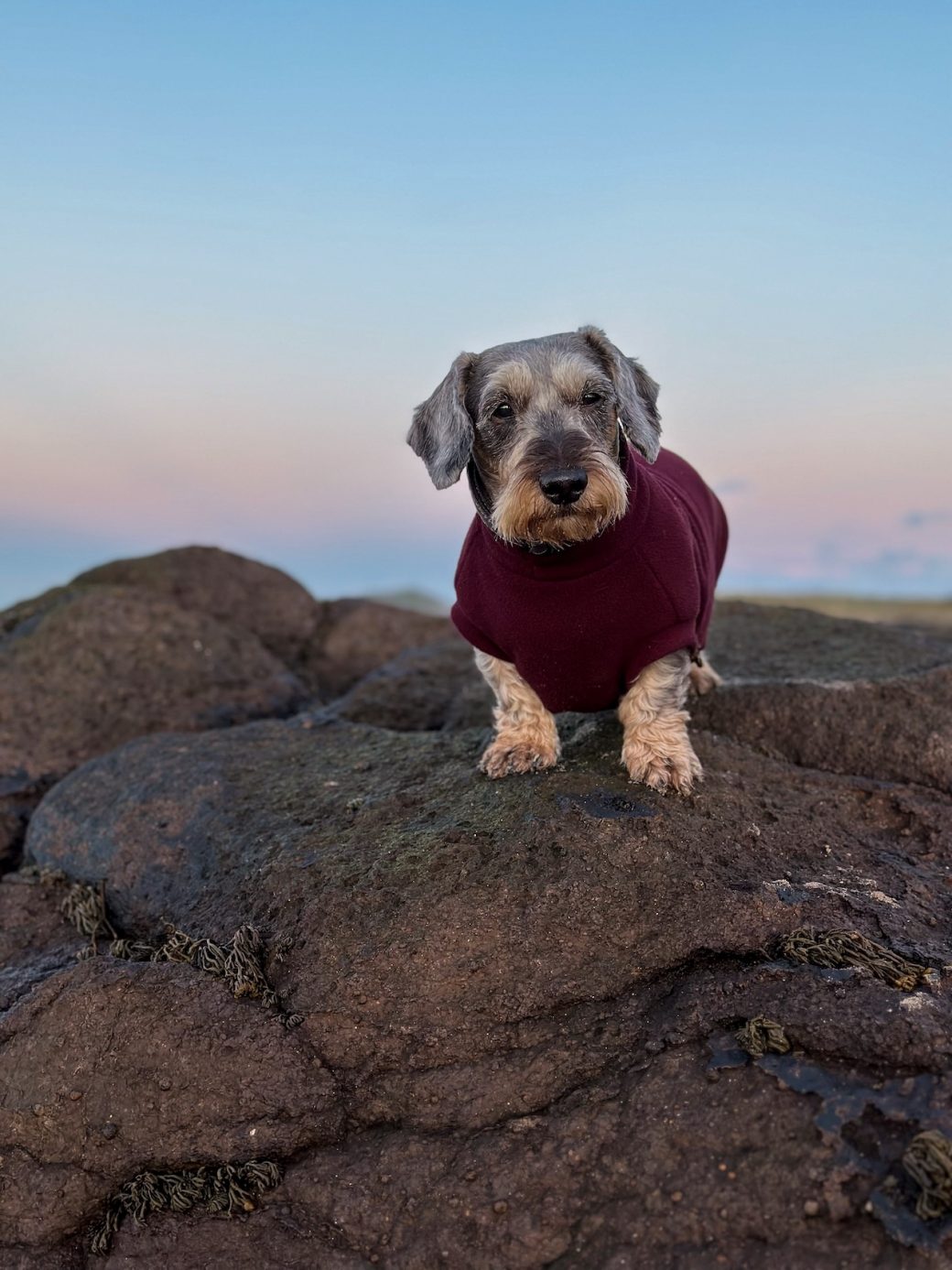 I’ve got into the habit of taking more videos than photos now on these coastal walks – not consciously, but then I come to edit the photos and realise I don’t have as many as I would have had months ago. I’m crediting Instagram reels for this shift. Having been monumentally slow to embrace reels, I’m now veering towards them more and more on the lads’ account, albeit less so on my own. Often that 60 to 90 seconds of video feels far more descriptive of what our walks together feel like, with the lads running ahead of me along a beach or winding along the dunes paths. A still photo can feel like a great view, whereas a reel can feel like an adventure. And sometimes that means we’ll come home and I might only have a handful of photos, as here, after this frozen November walk at Yellowcraig. 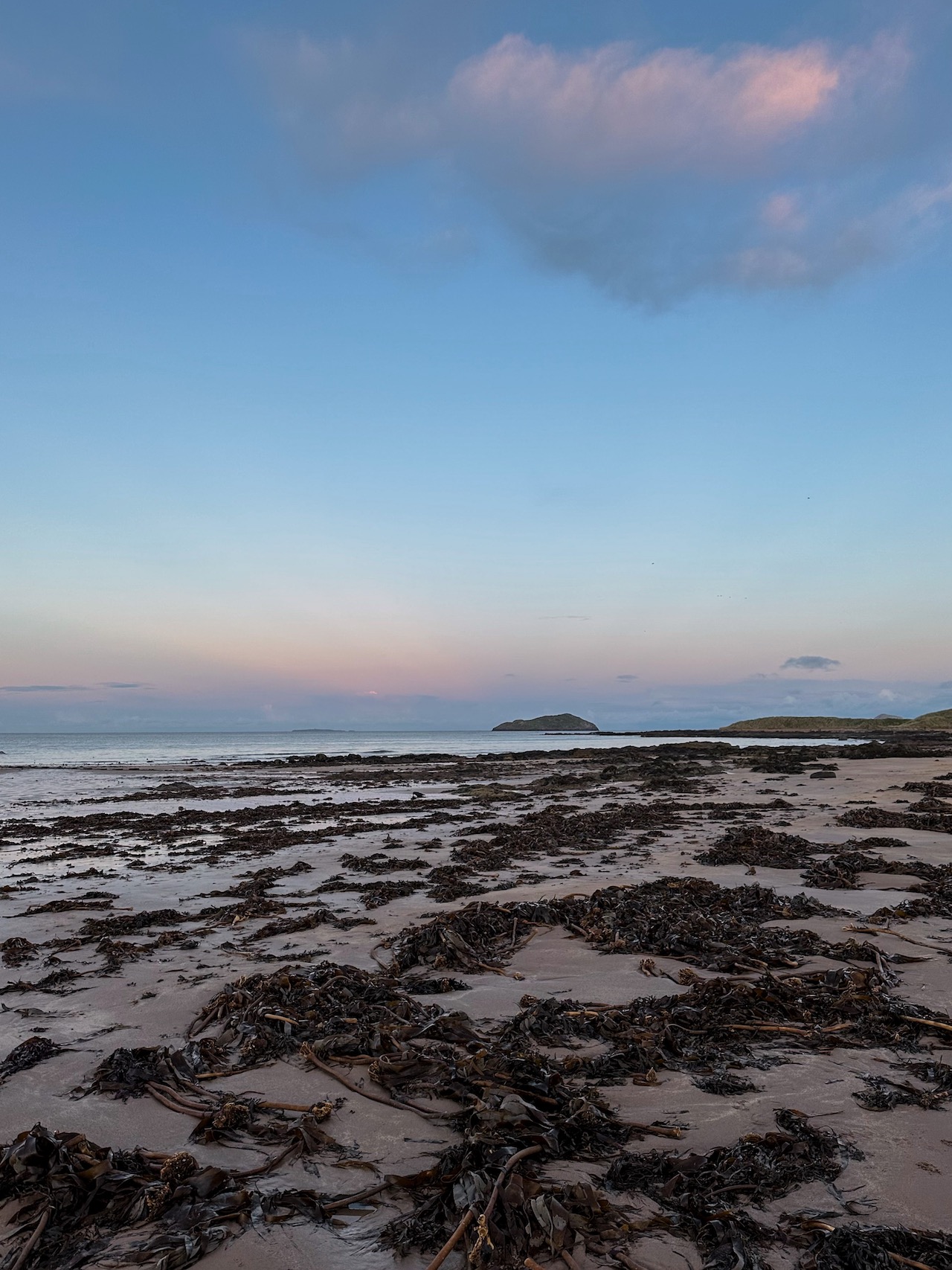 We seemed to spend November misjudging how quickly we were going to lose the light on these weekend walks. The days were creeping so quickly, and we always felt that we’ve have more light than we did. But that also meant that we had these quiet last-light walks with no one around. And this one was baltic and beautiful: the beach strewn in seaweed following the stormy conditions of the previous days, and the sky tinged with this gentle glow of pink as we walked back along the beach, watching Fidra’s lighthouse glow into the darkness that was closing around us. 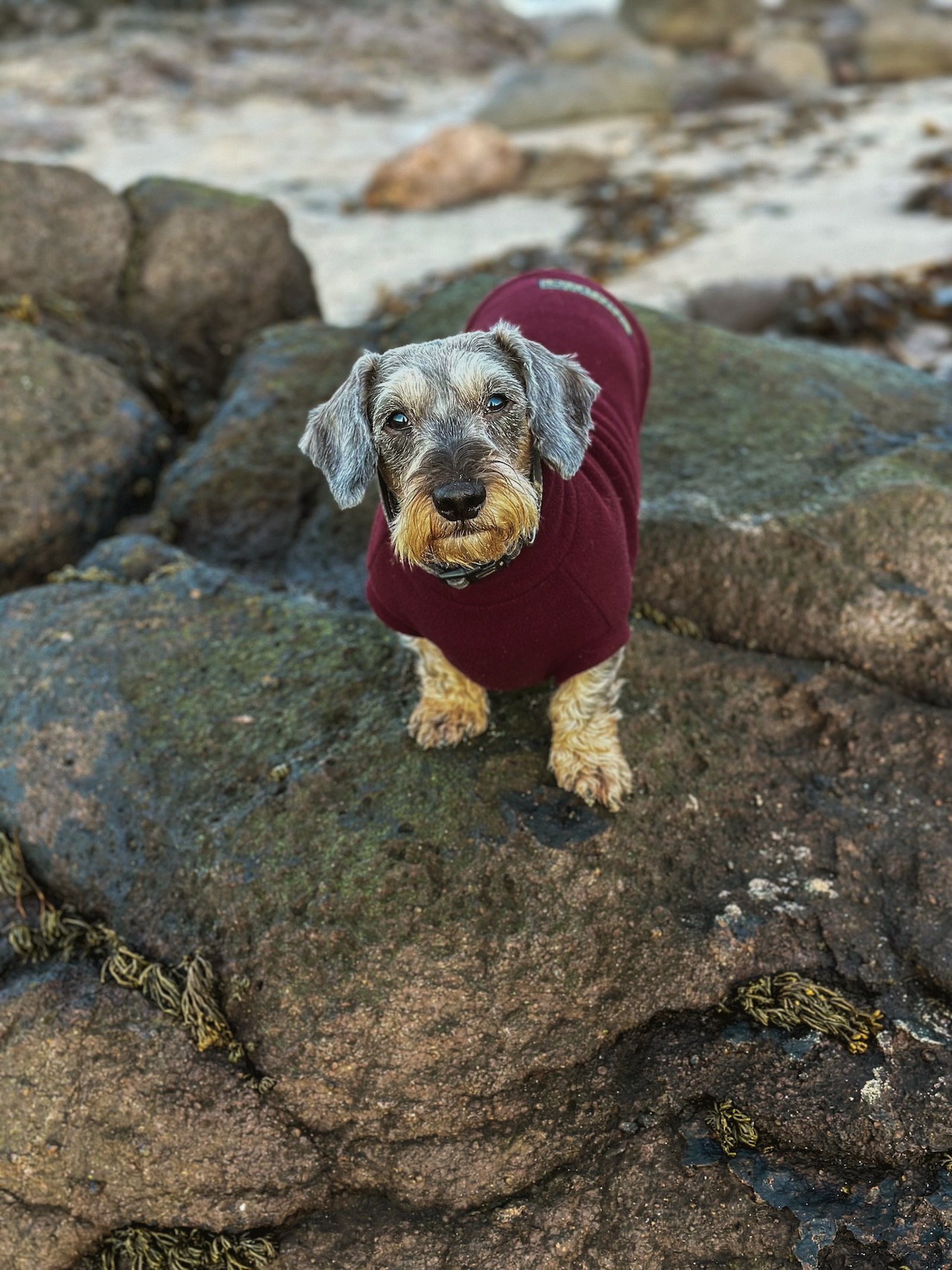 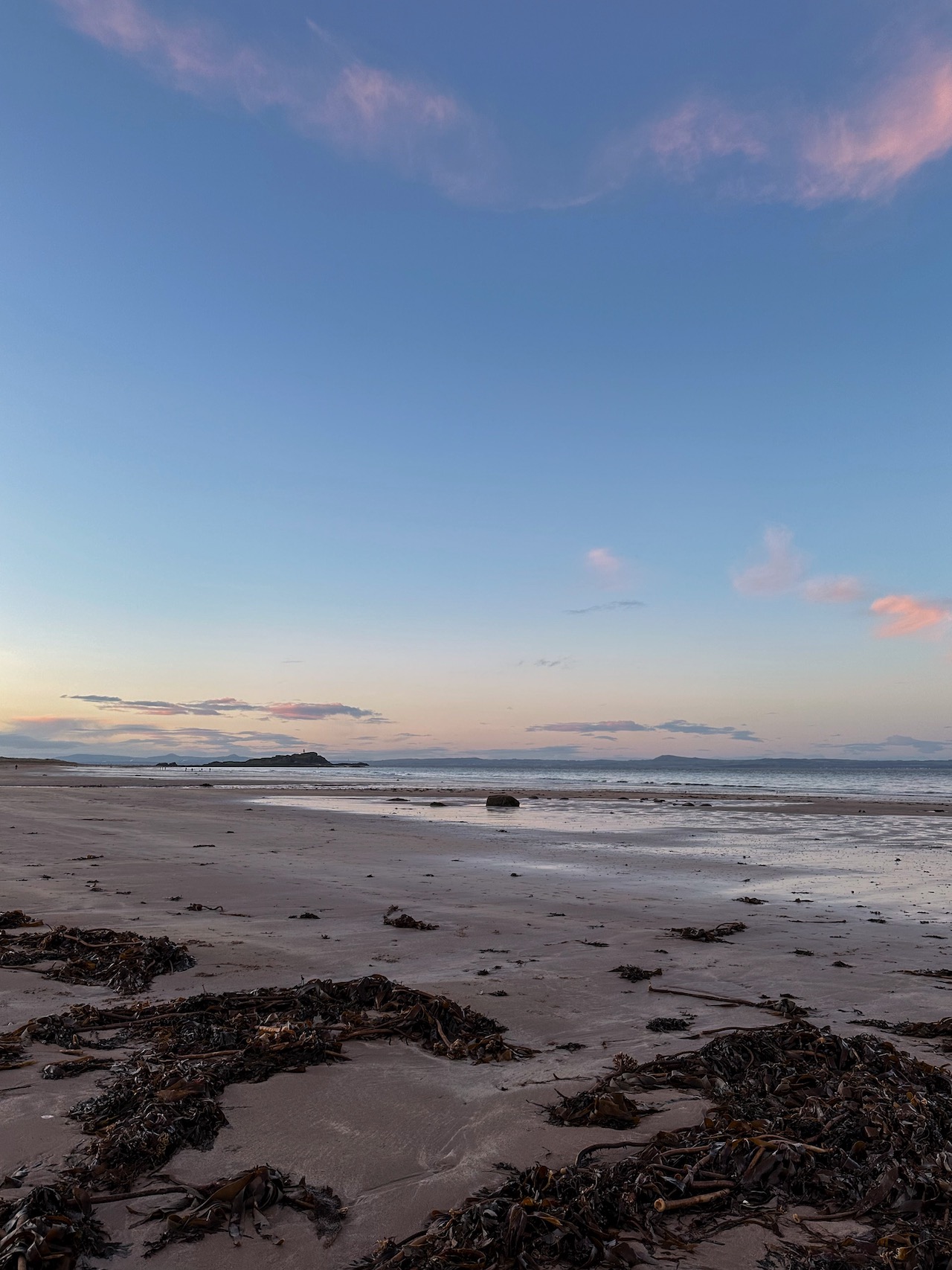 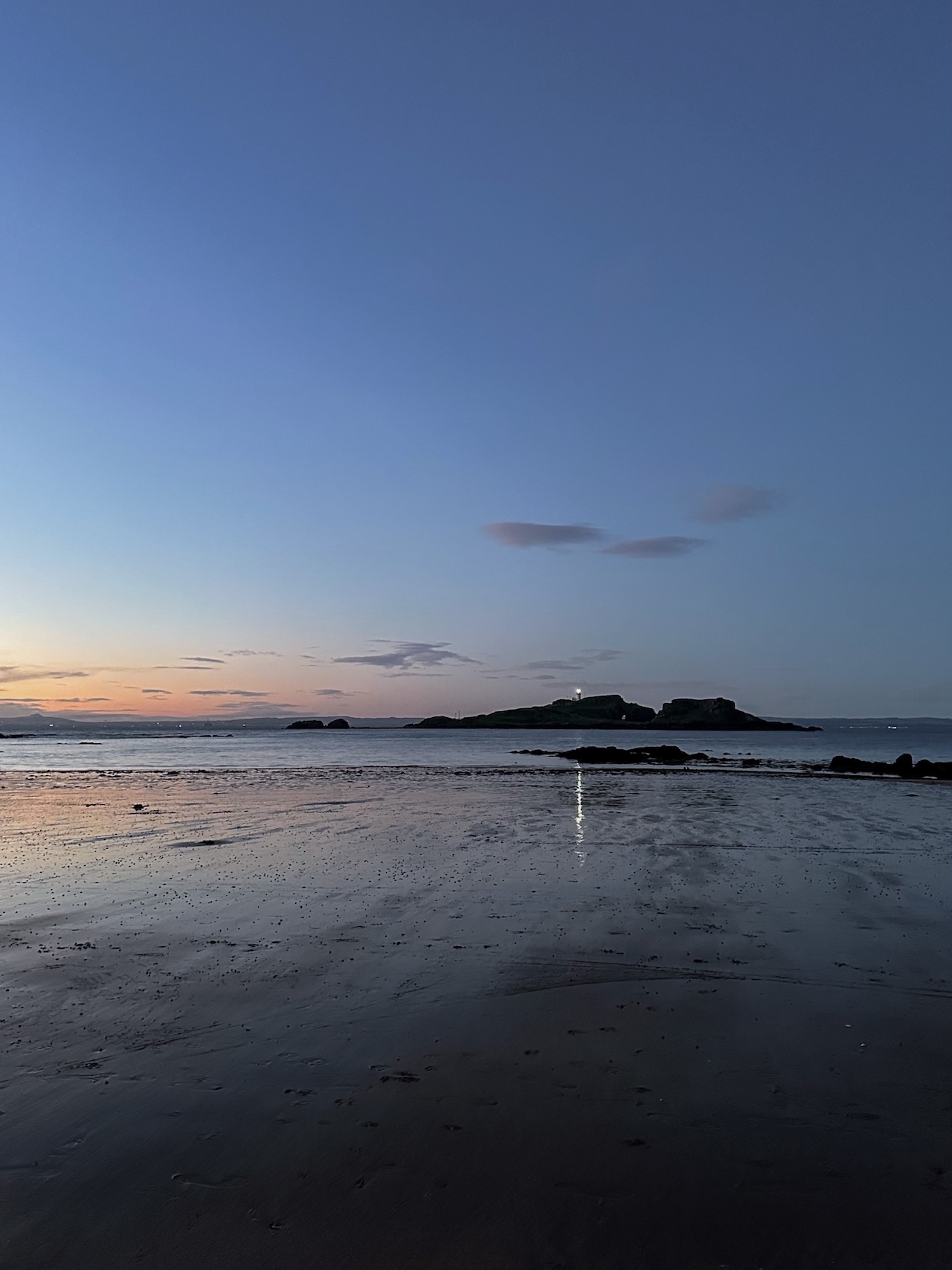