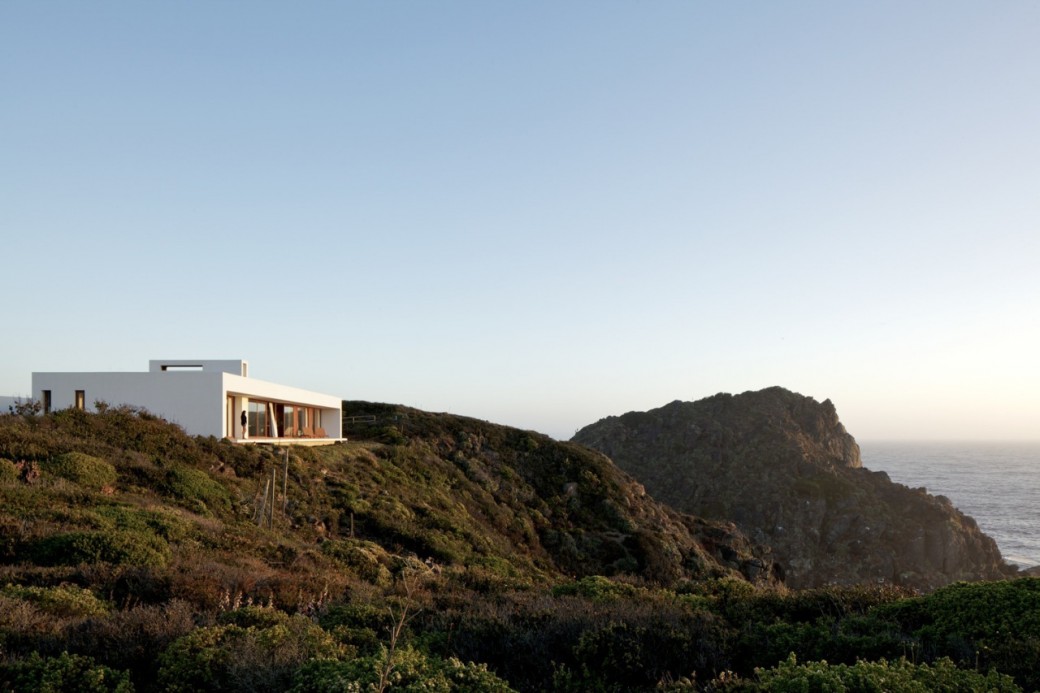 When I first saw this house feature on Elle Décor Italia it stopped me my tracks. I mean, look at this house. Look at this jawdropping location, perched on top of a cliff 50 metres above sea level, with expansive ocean views. What a setting to call home. 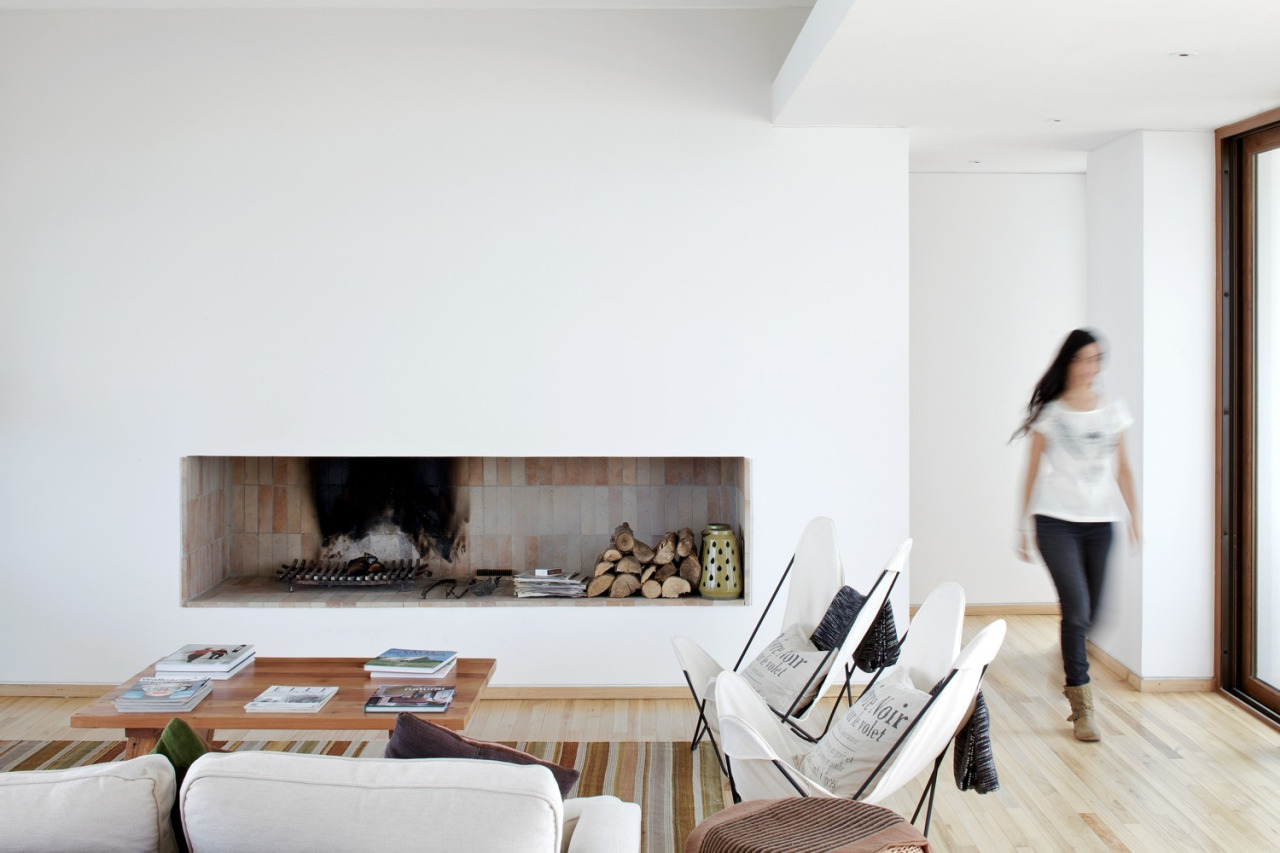 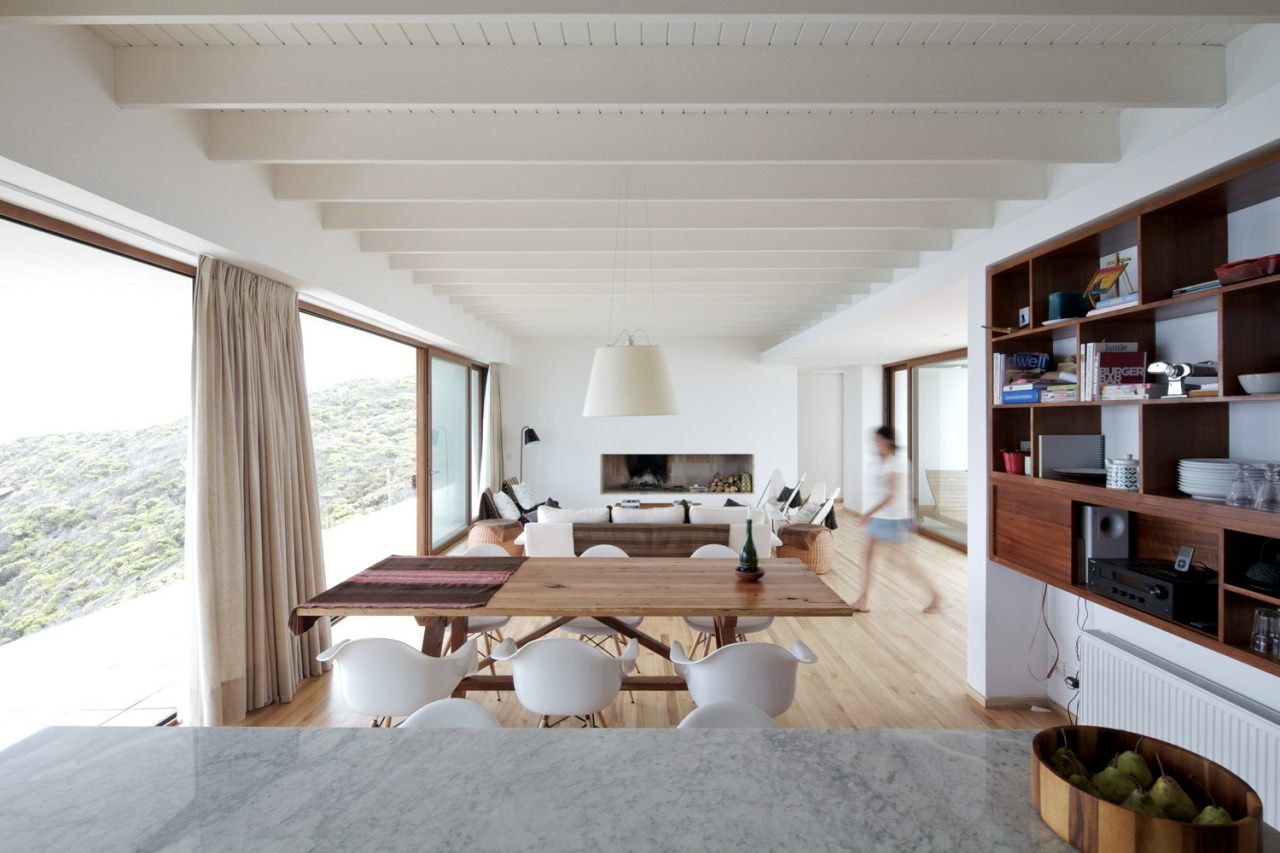 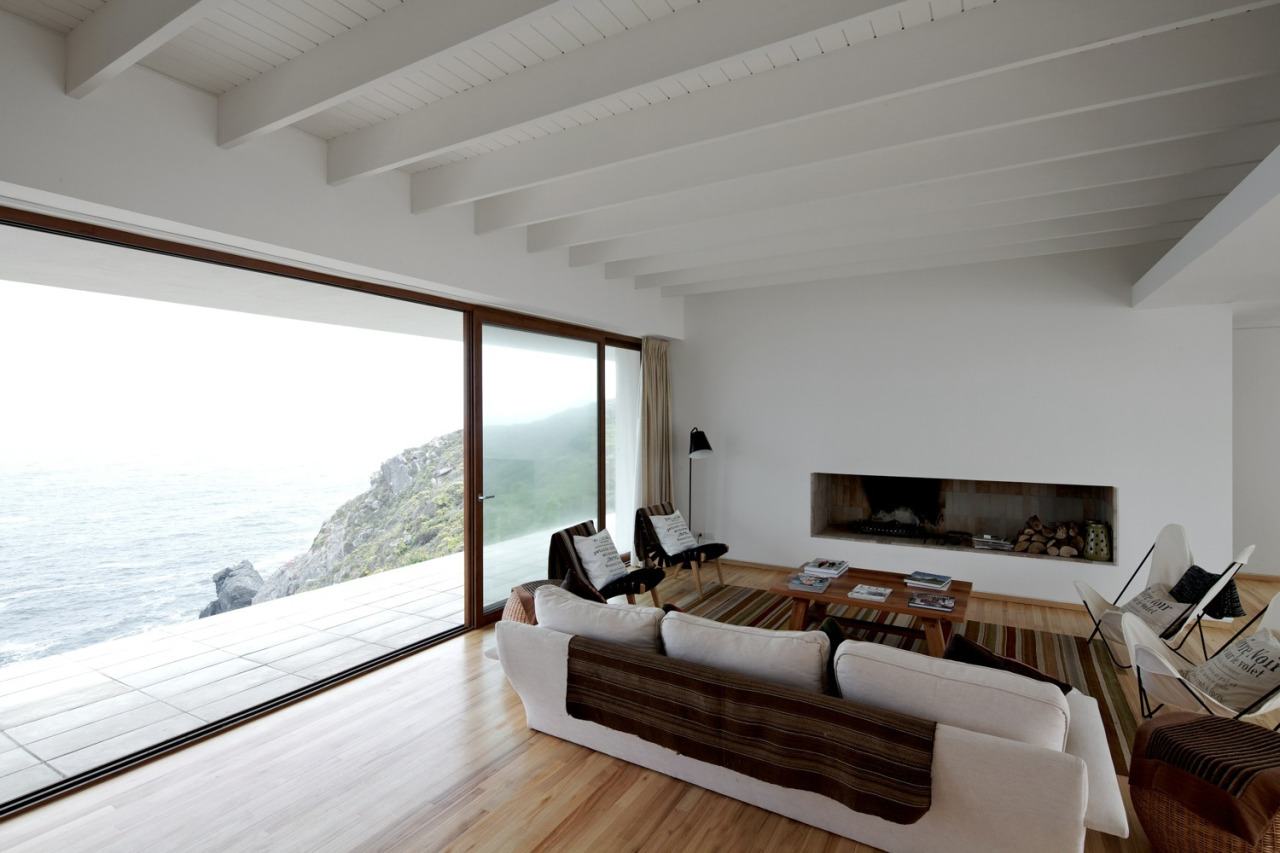 Tunquen House is located in the Chilean region of Valparaíso about 160 km from the city of Santiago, and is used as a holiday home. The building was designed in 2012 by Nicolás Lipthay Allen/L2C. The linear house is divided into three zones: the open plan living room, dining area and kitchen, with the main bedroom at one end of the building and the family and guest bedrooms at the other. 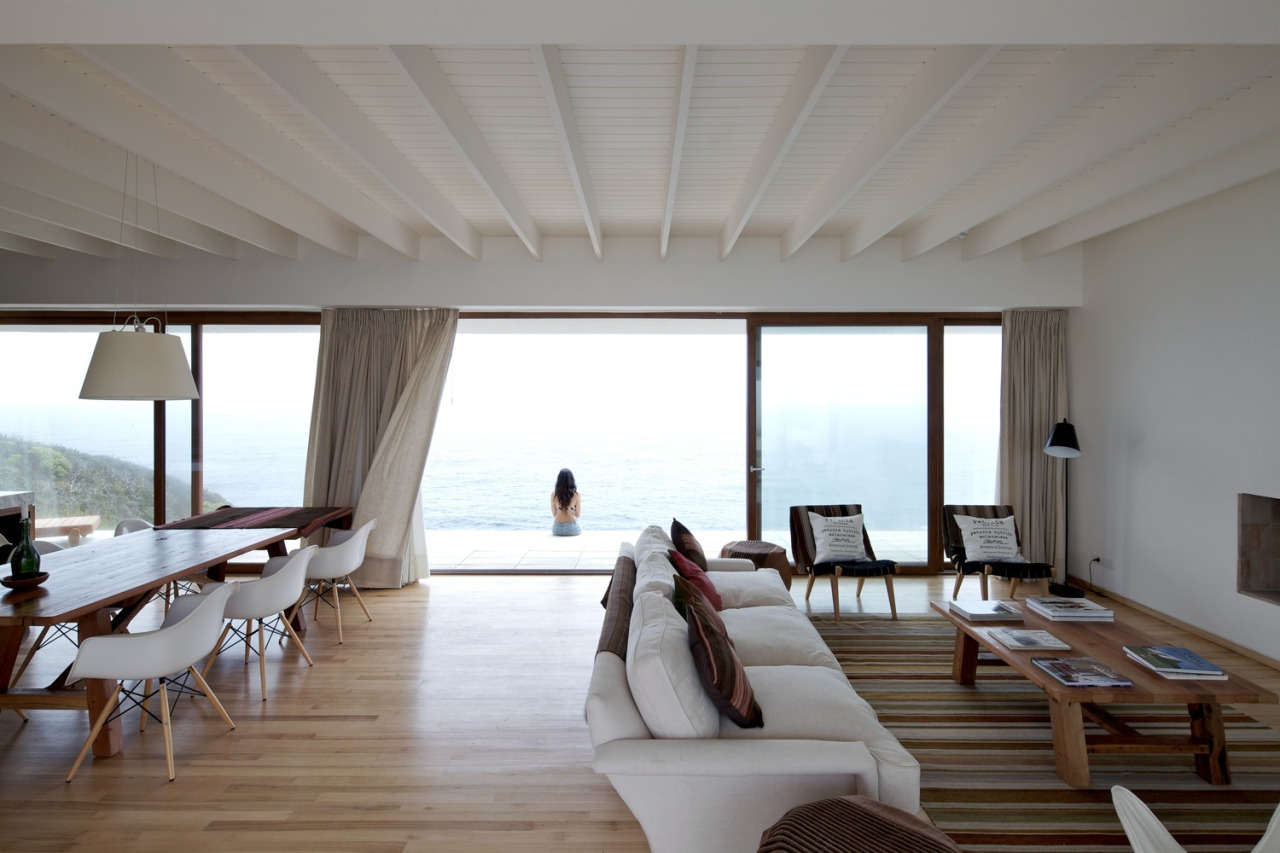 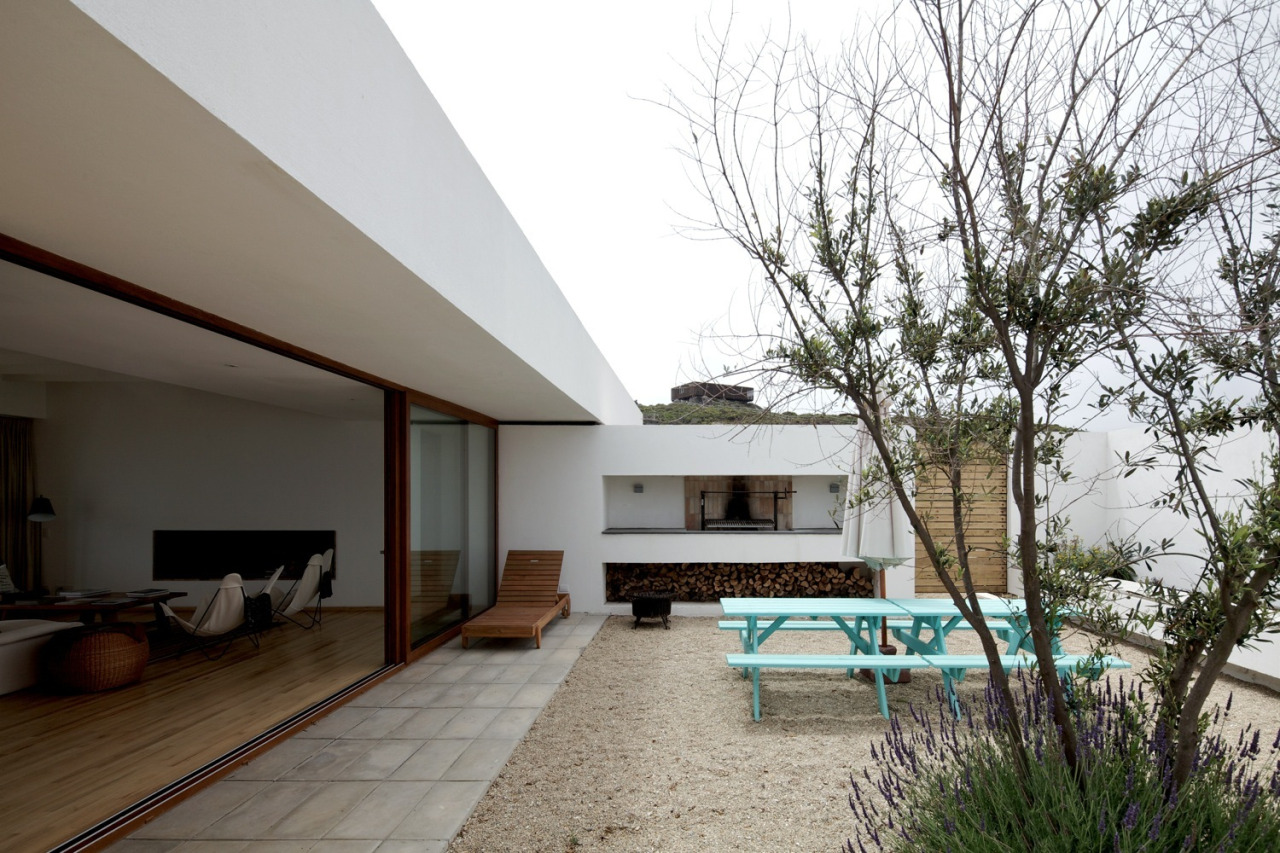 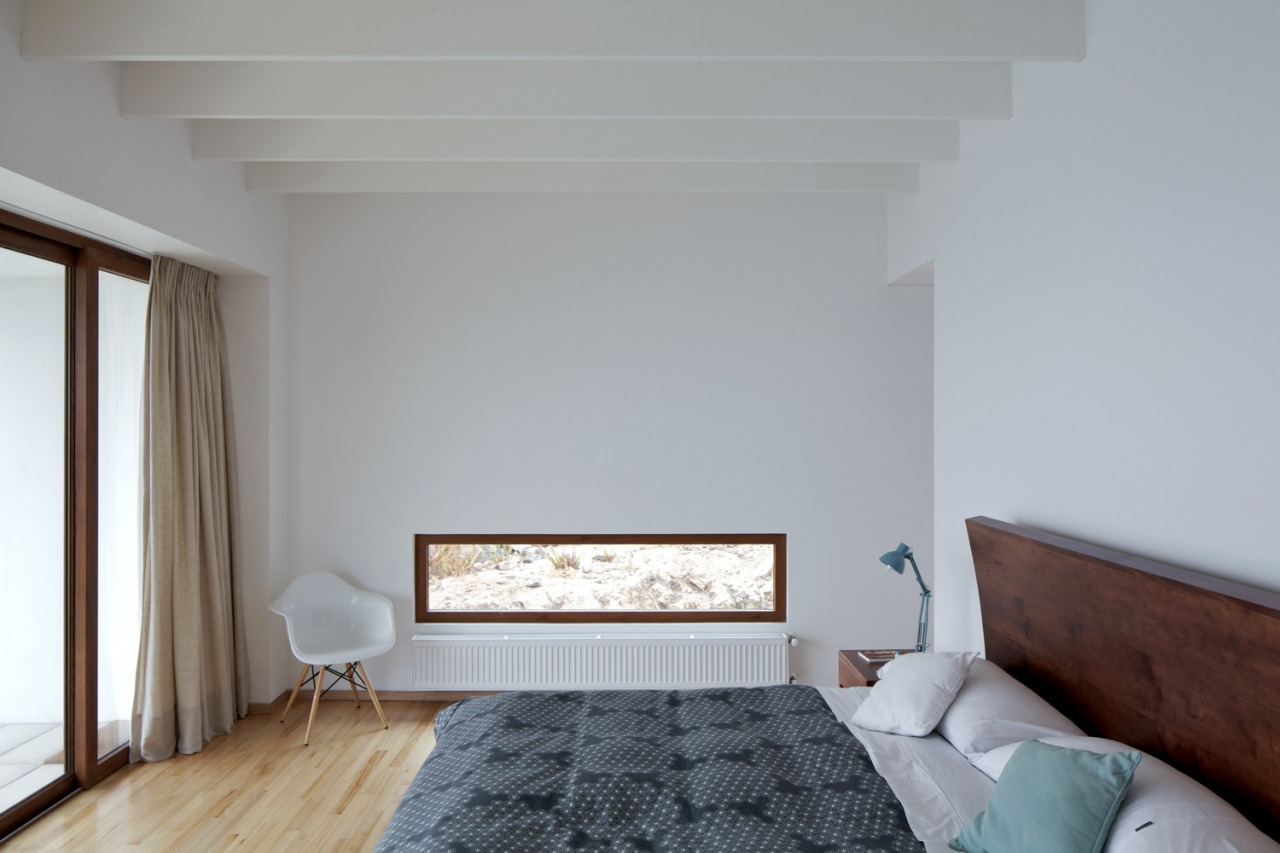 The exposed nature of the location clearly influenced the design: a courtyard was created that’s accessed from the main living space, offering a fluid indoor-outdoor zone that’s protected from the strong sea winds. 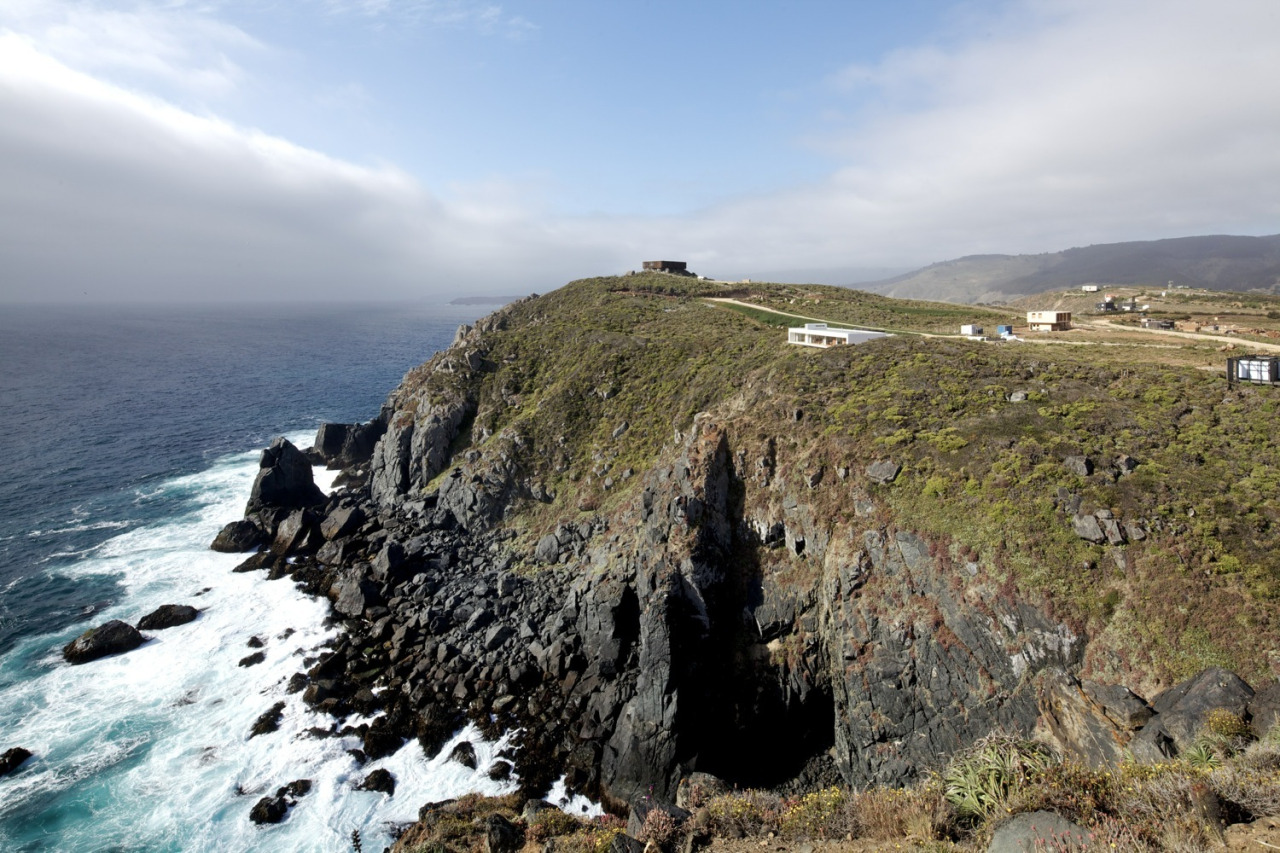 I love the refinement and quiet simplicity of this interior, and the way that the whitewashed timber roof beams add a slightly rugged edge alongside the crisp white walls that feature both inside and out. Simply beautiful. 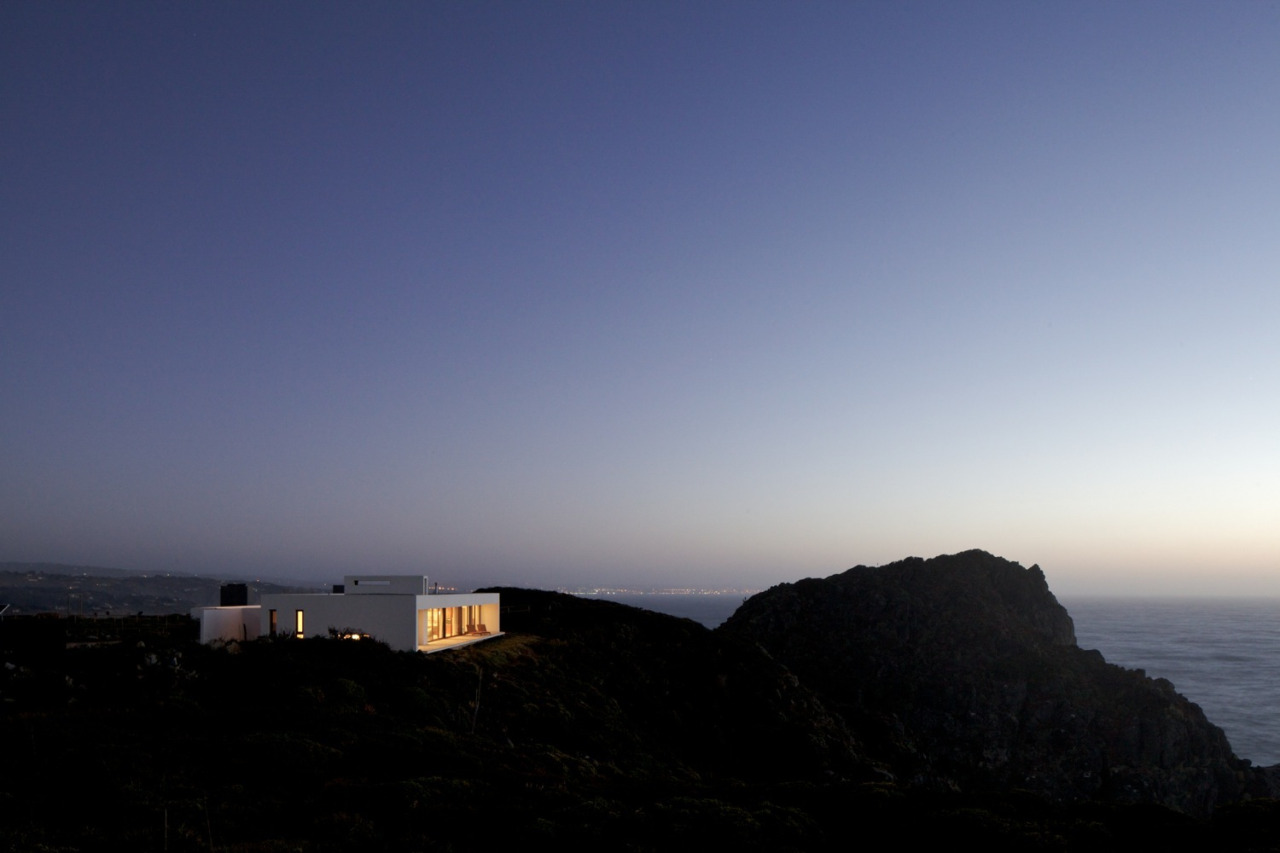 Photography by © Nico Saieh, as featured on ArchDaily and Elle Décor Italia.