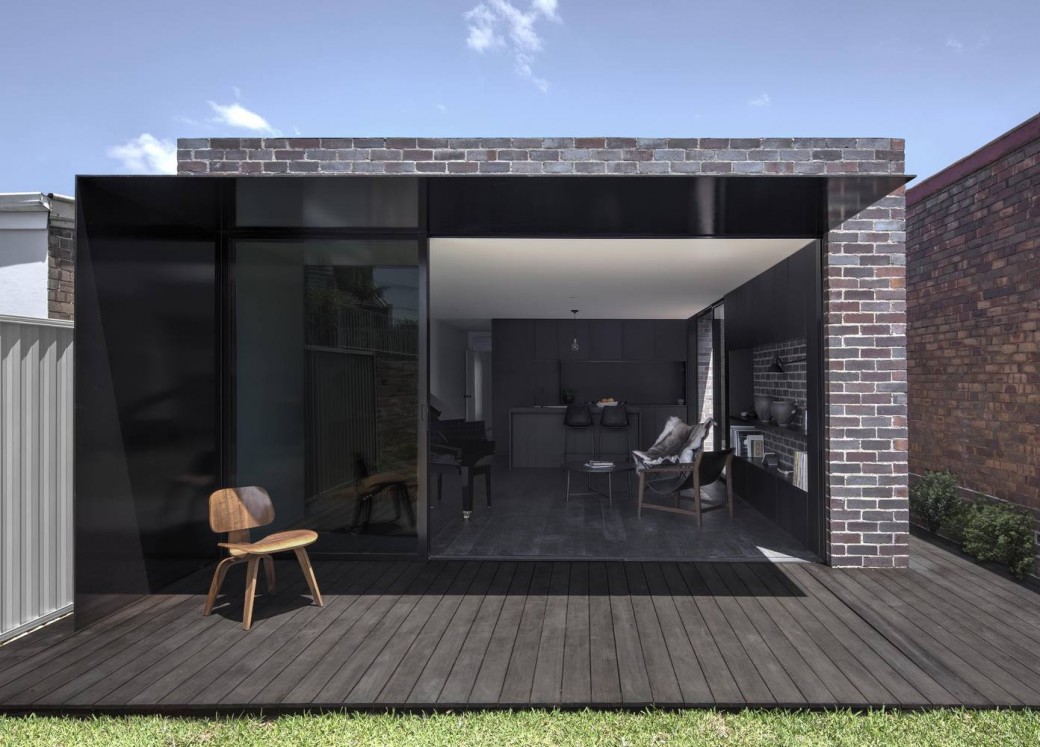 I spotted Llewellyn House while scanning through the Australian Interior Design Awards – a great source of inspiration with literally project after project of incredible looking houses – as it was shortlisted in the Residential Design category for 2016. The image above (by photographer Brett Boardman) caught my eye – the brick, the sliding screen that opens up that entire elevation, and then the moody hues of the interior of this space with its rich timber finishes. What’s not to love? 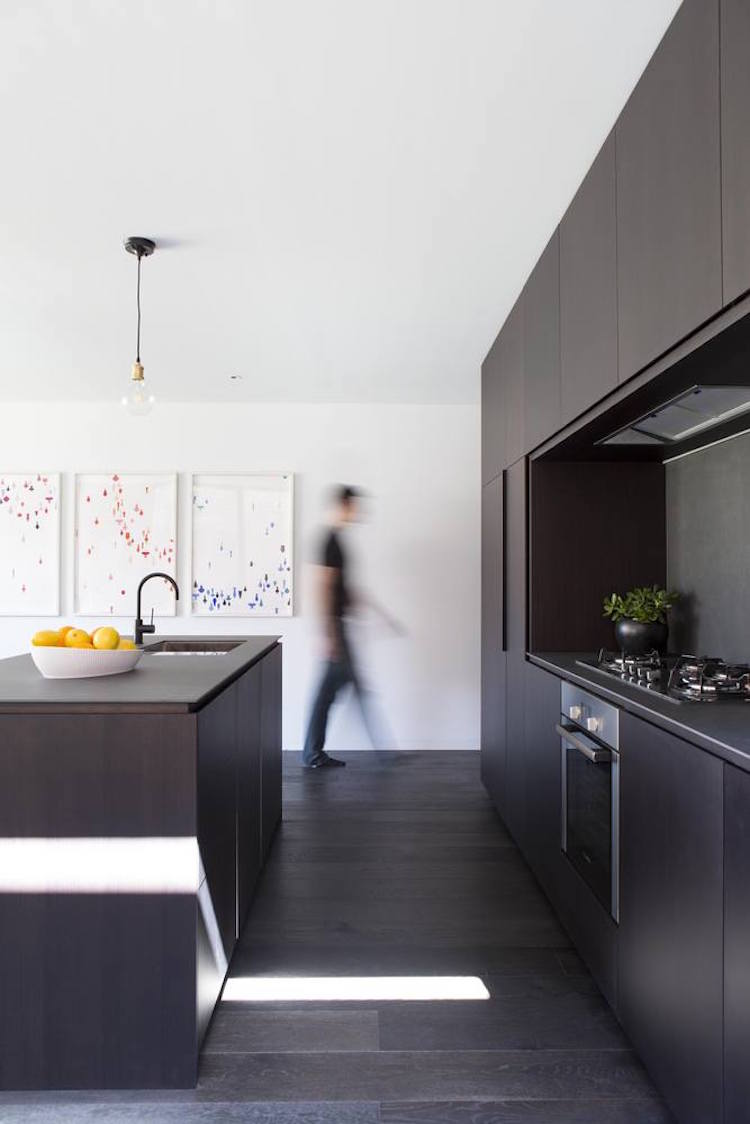 Located in the inner west Sydney suburb of Marrickville, architects studioplusthree took on a substantial renovation project here, transforming a once-derelict cottage and then extending it to the rear to create a living and rehearsal space for two musicians. The front of the cottage, on the street side, remains traditional in appearance with its feature red brick, and this front façade informed the selection of the recycled dry pressed blue-black bricks used for the extension. 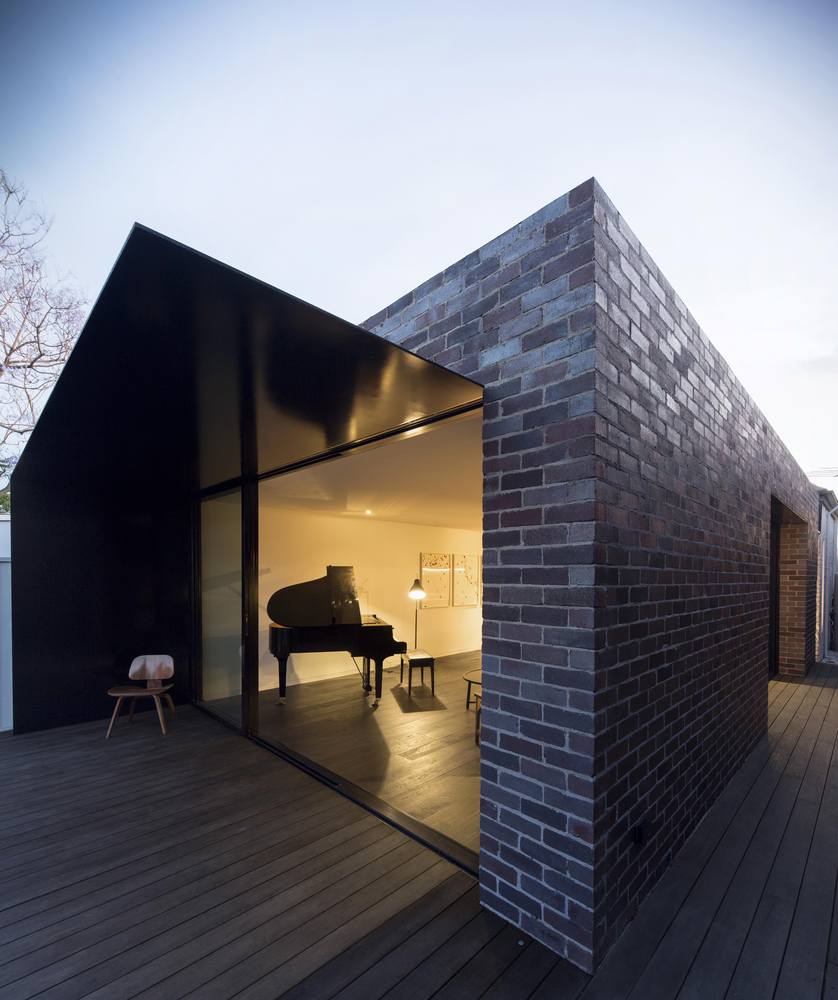 The original cottage had a warren of dark rooms and these were opened up to create today’s series of flowing and open living spaces. The original Federation interiors have been restored in crisp white, while the new elements were introduced in a restrained palette of dark timber, steel and porcelain. As an aside, the simplicity and scale of the artworks in the living room below look stunning in this context, and likewise the piece above the bed. 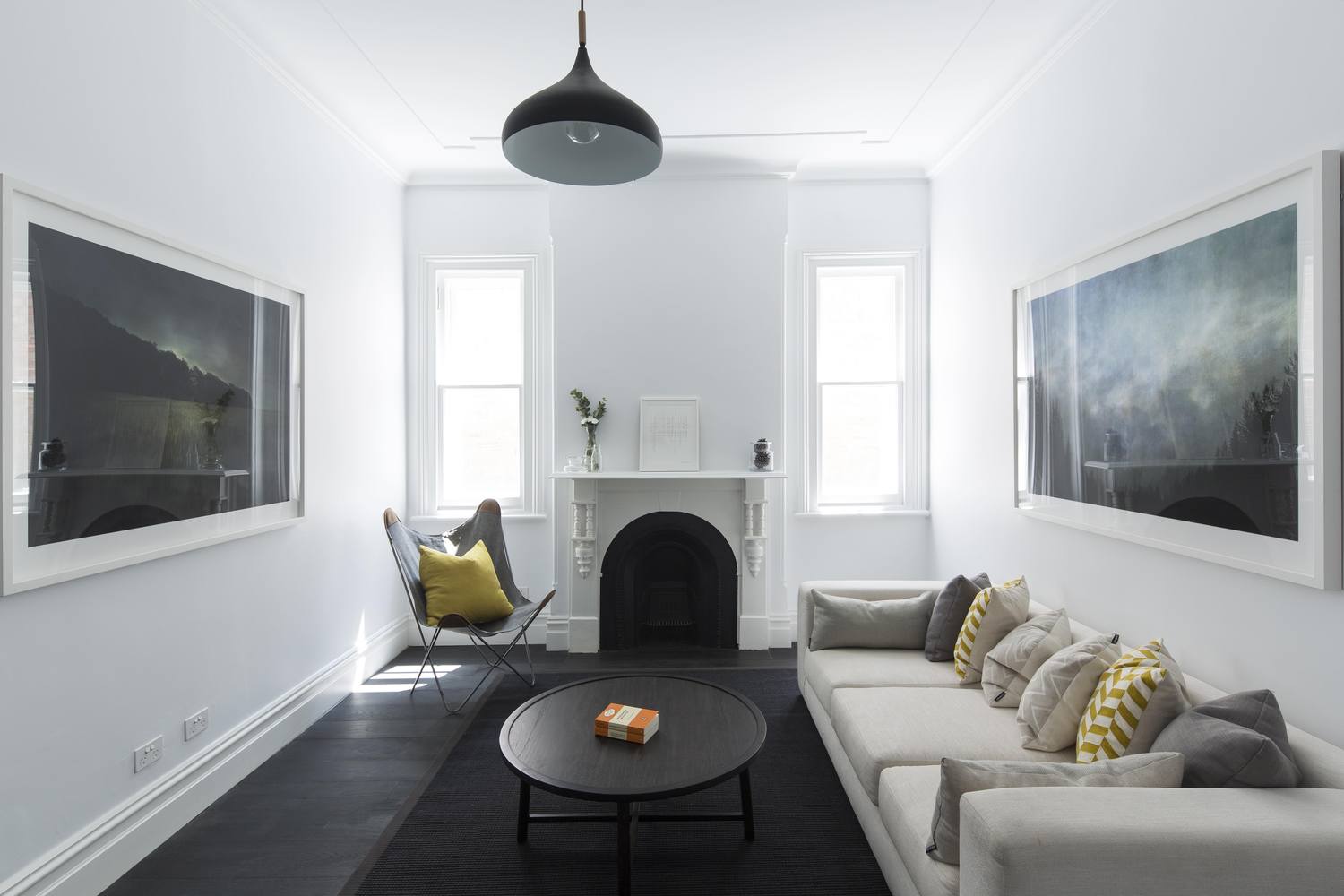 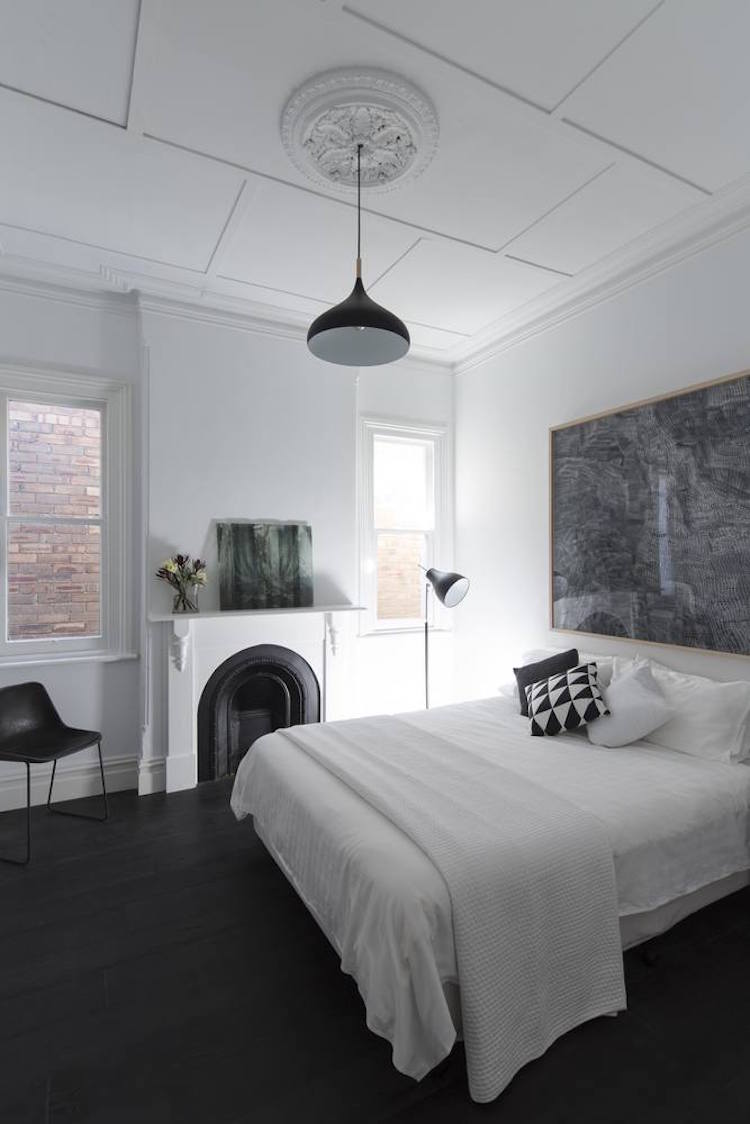 In the kitchen, French-polished timber veneers create a warm and moody palette, while the bathroom also features dark finishes, right down to the black tap and shower fittings. This could appear sombre, but instead the look is rich and elegant while contrasting with the airiness of the living spaces. As the architects write on their website: ‘The conceptual starting point was contrasting tones of light and dark, knitting together old and new…. It is a project united by contrast – rustic and slick, thin yet massive, dark and bright.’ 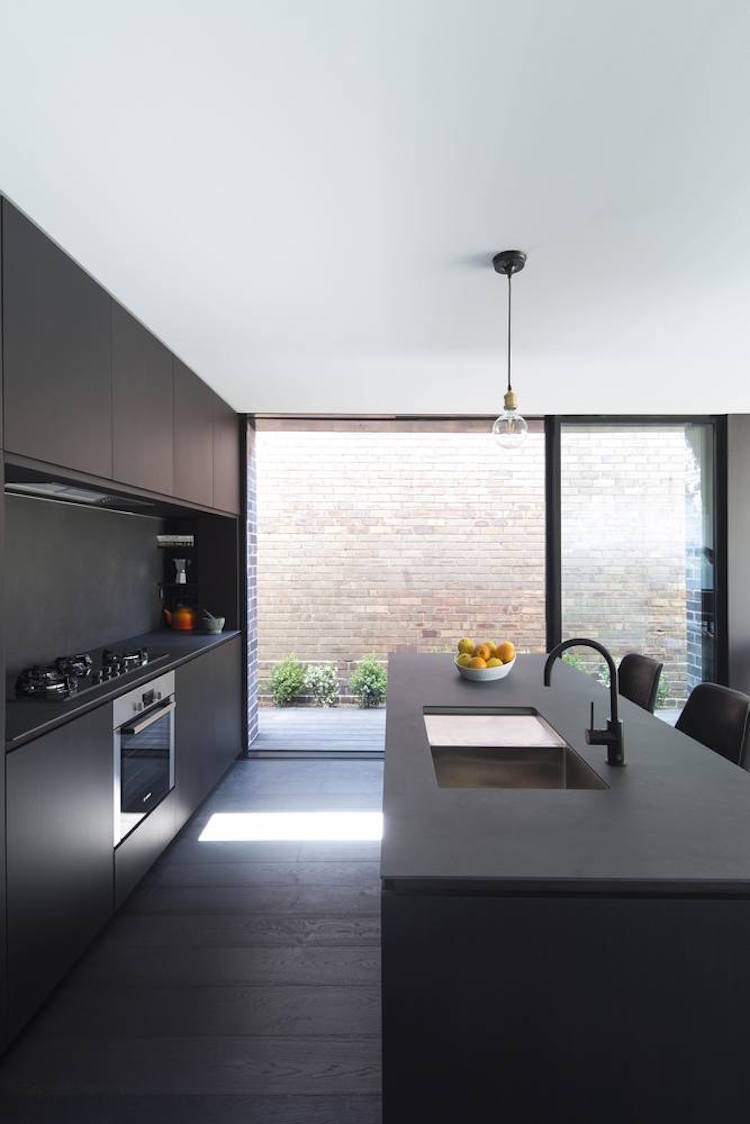 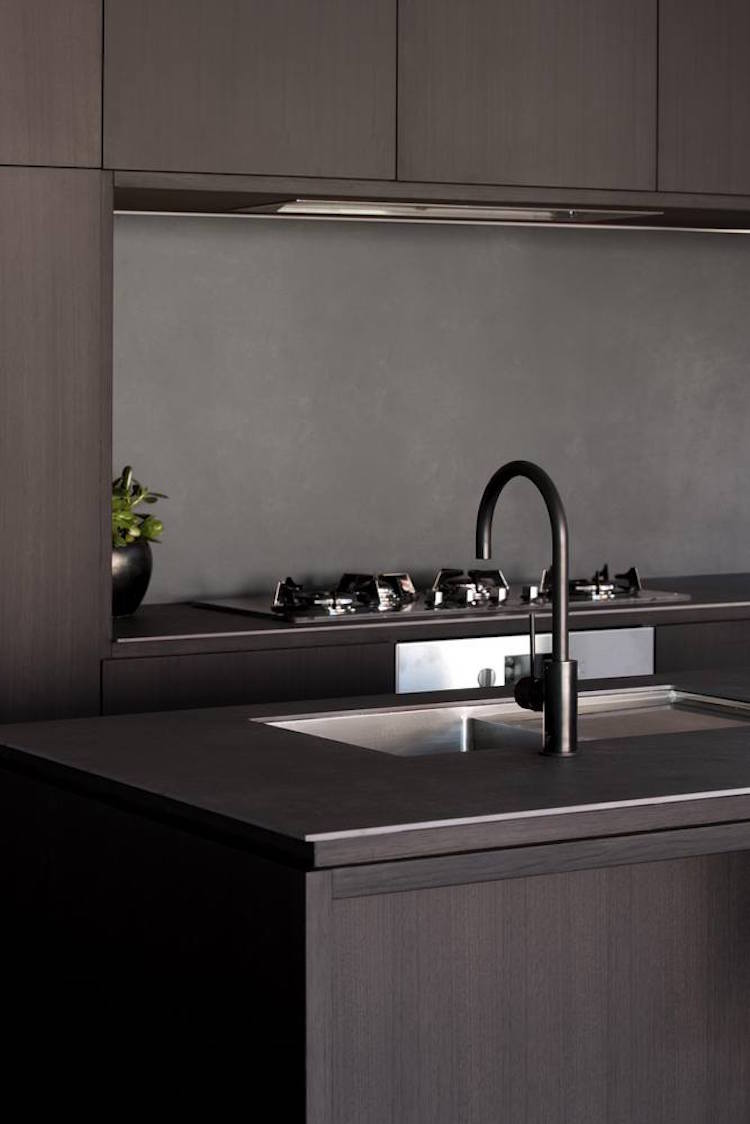 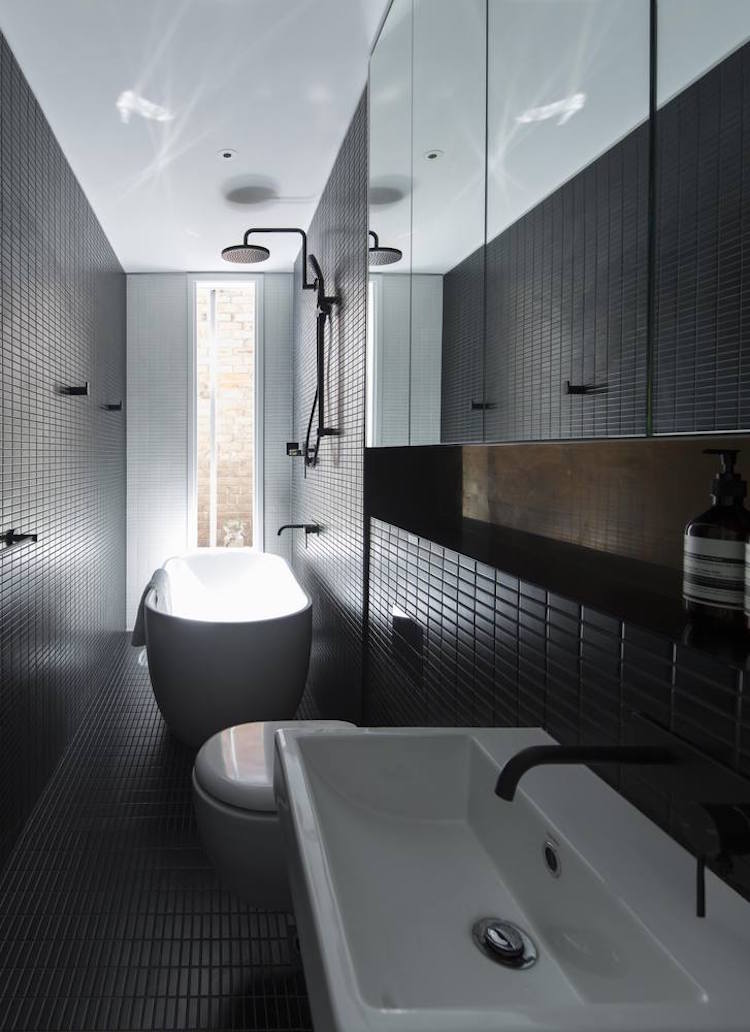 See more of this project on studioplusthree.

All photography by Brett Boardman via ArchDaily.