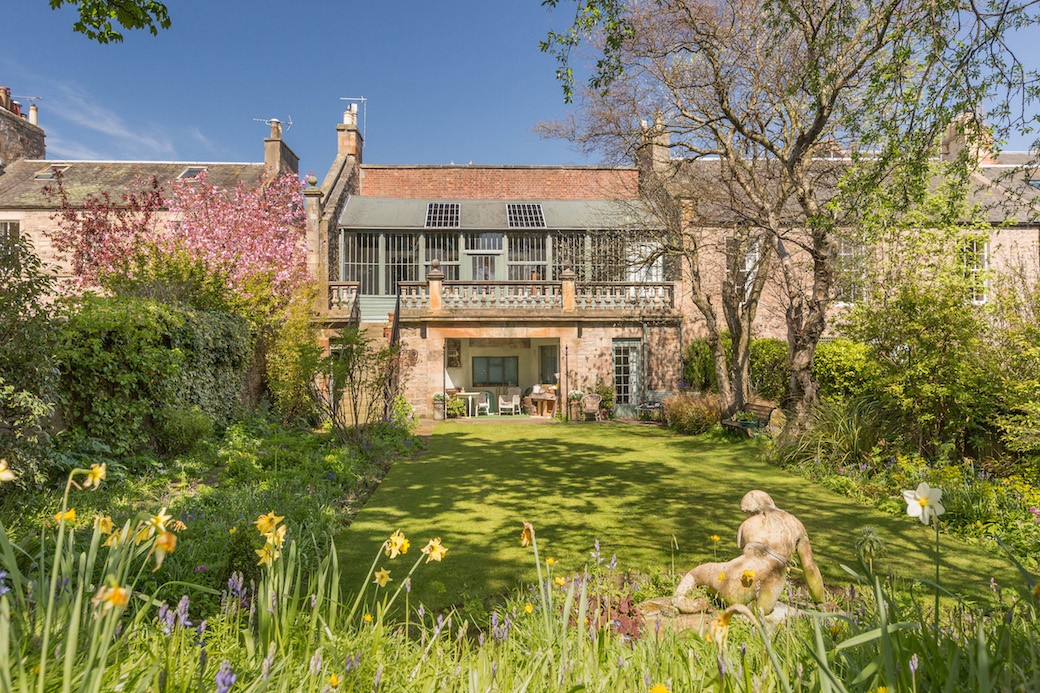 It’s been a while since I’ve posted a ‘Property’ story here. If you’ve been following Copperline for a while you’ll know that the posts here are design led, whether it’s a house or flat that’s for sale or simply an amazing piece of architecture or a great interior. Turn the clock back a few years, however, when I had a blog called The Property Files, and I did feature properties. They didn’t have to be design led. Instead I was looking for interesting houses; maybe a property that needed refurbishment, but something that stood out as a great opportunity for a buyer.

Which is why this late Georgian house in Edinburgh’s Morningside area caught my eye when I spotted it being marketed by Strutt & Parker. Maybe it’s time to return to the occasional property feature? And 14 Jordan Lane feels like the perfect place to start. 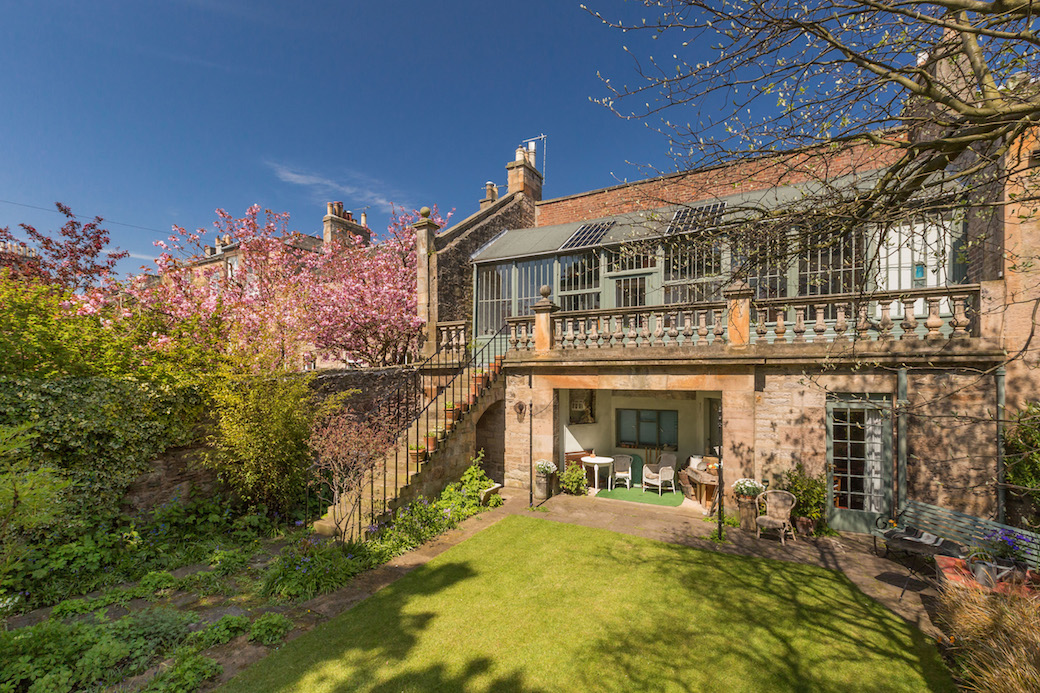 I don’t think I’ve seen anything quite like this house, and certainly not in Edinburgh. Jordan Lane is a quiet cul-de-sac, so number 14 is one of those properties that you’d be unlikely to just stumble across. The house has an interesting history. The first owner was the Scottish artist and interior decorator David Ramsay Hay. Sir Walter Scott commissioned Hay to work on his own home, Abbotsford in the Scottish Borders, in the 1820s, and Hay later worked on the interior of Holyrood Palace during a programme of renovations arranged by Queen Victoria. 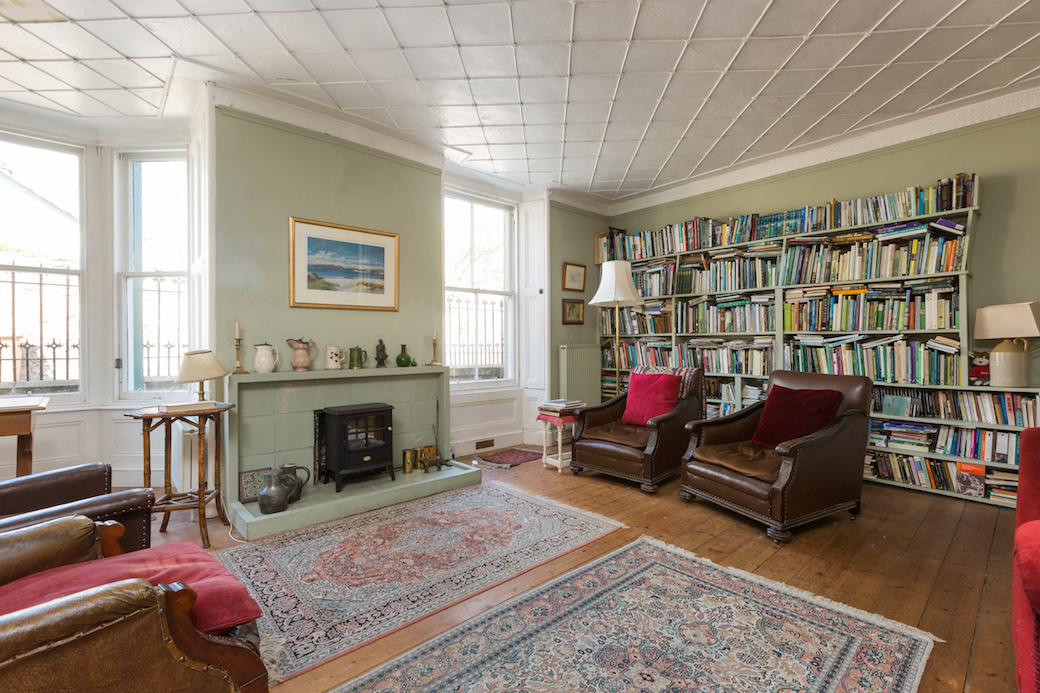 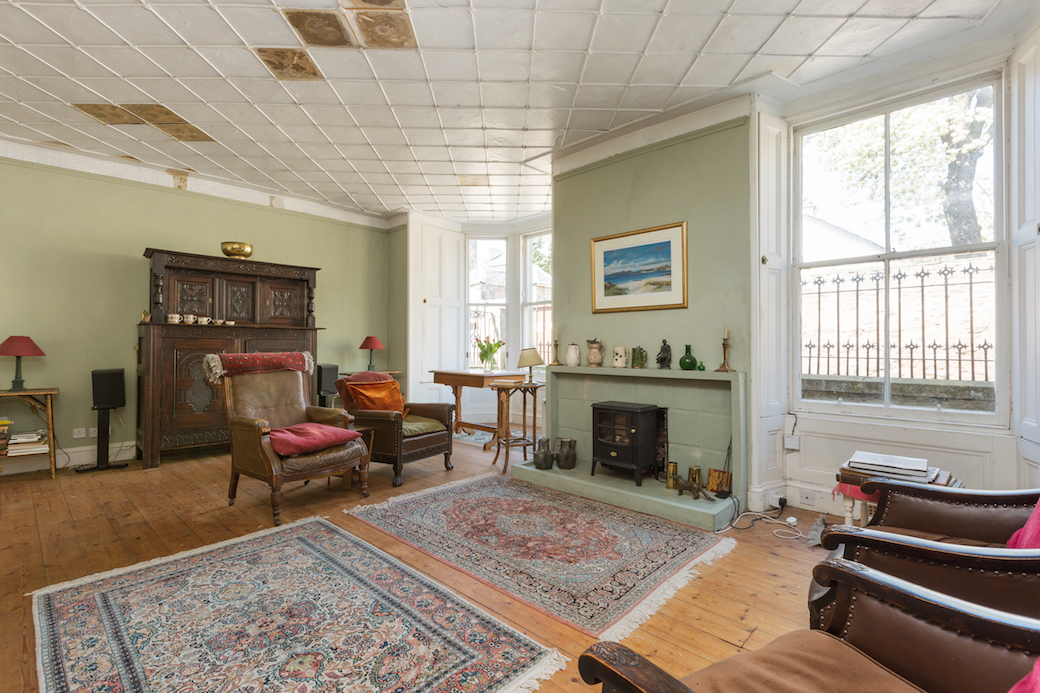 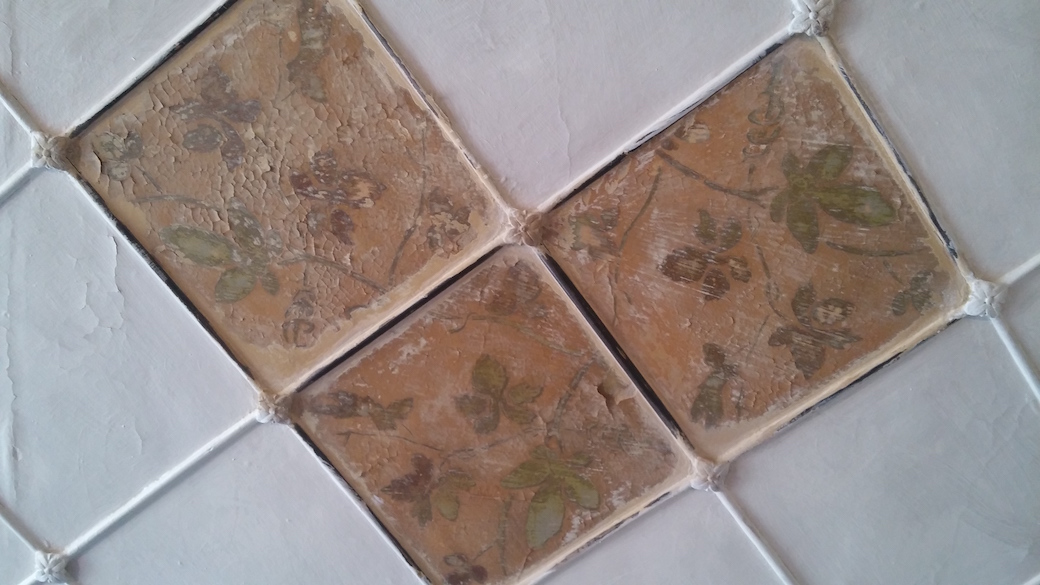 In the 1940s the house belonged to architect Sir Basil Spence – described as being “one of Britain’s most celebrated Modern architects of the post-war era” – and Spence is believed to have added the fireplace in the drawing room. Selling agent Strutt & Parker acknowledges on the property’s listing that number 14 would now benefit from extensive renovation, but this building is so unique, and, with a new owner who has a sympathetic eye and vision, this could be a really stunning home. 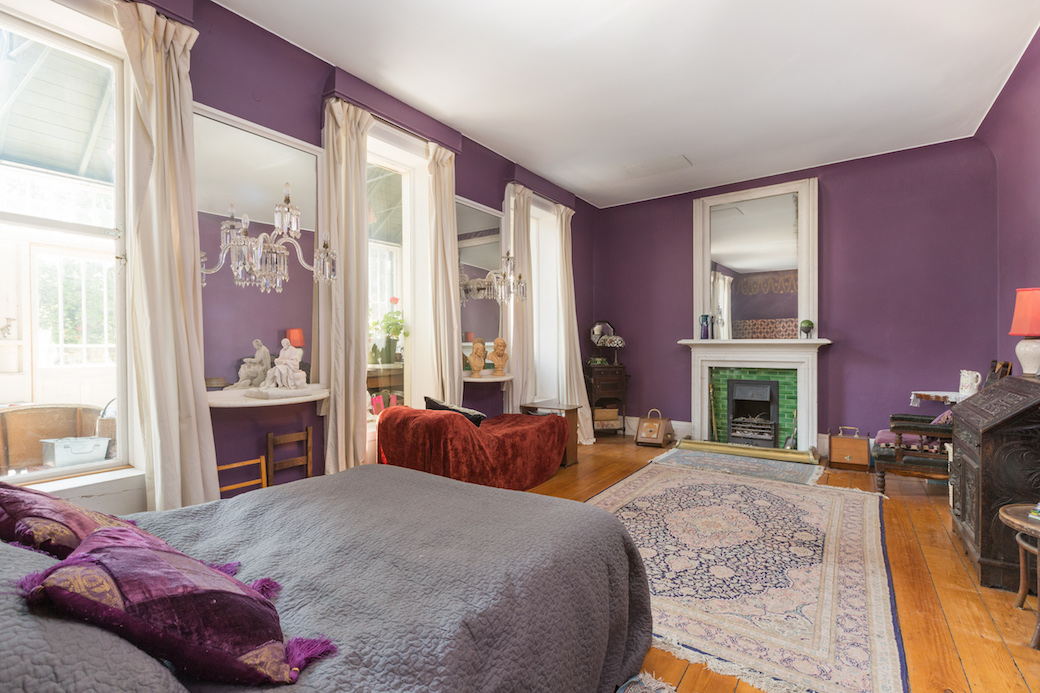 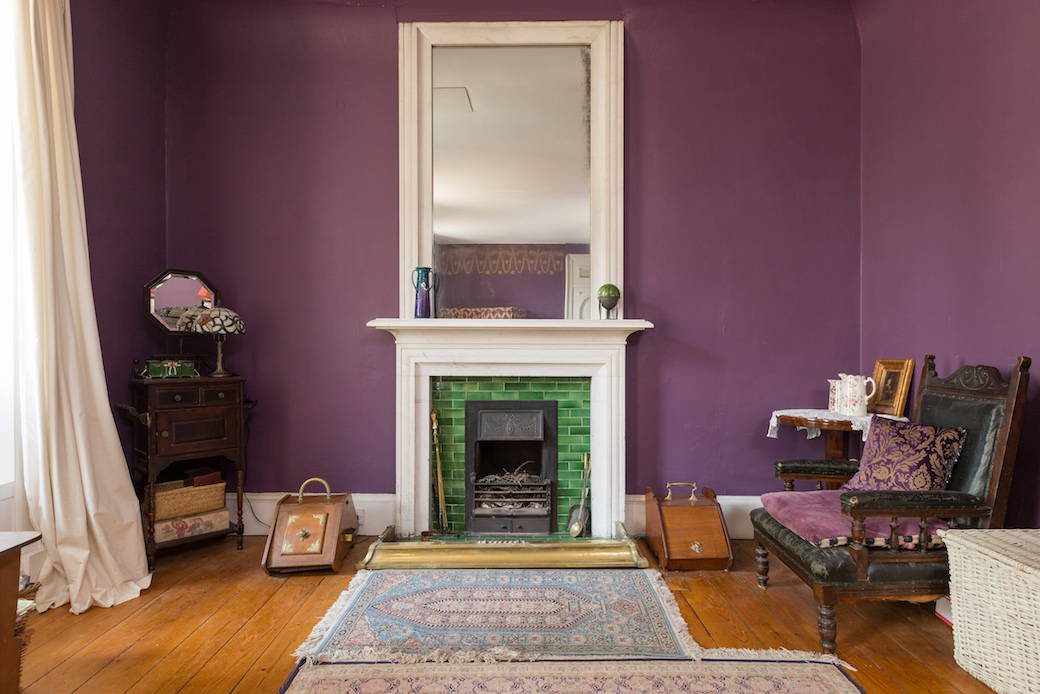 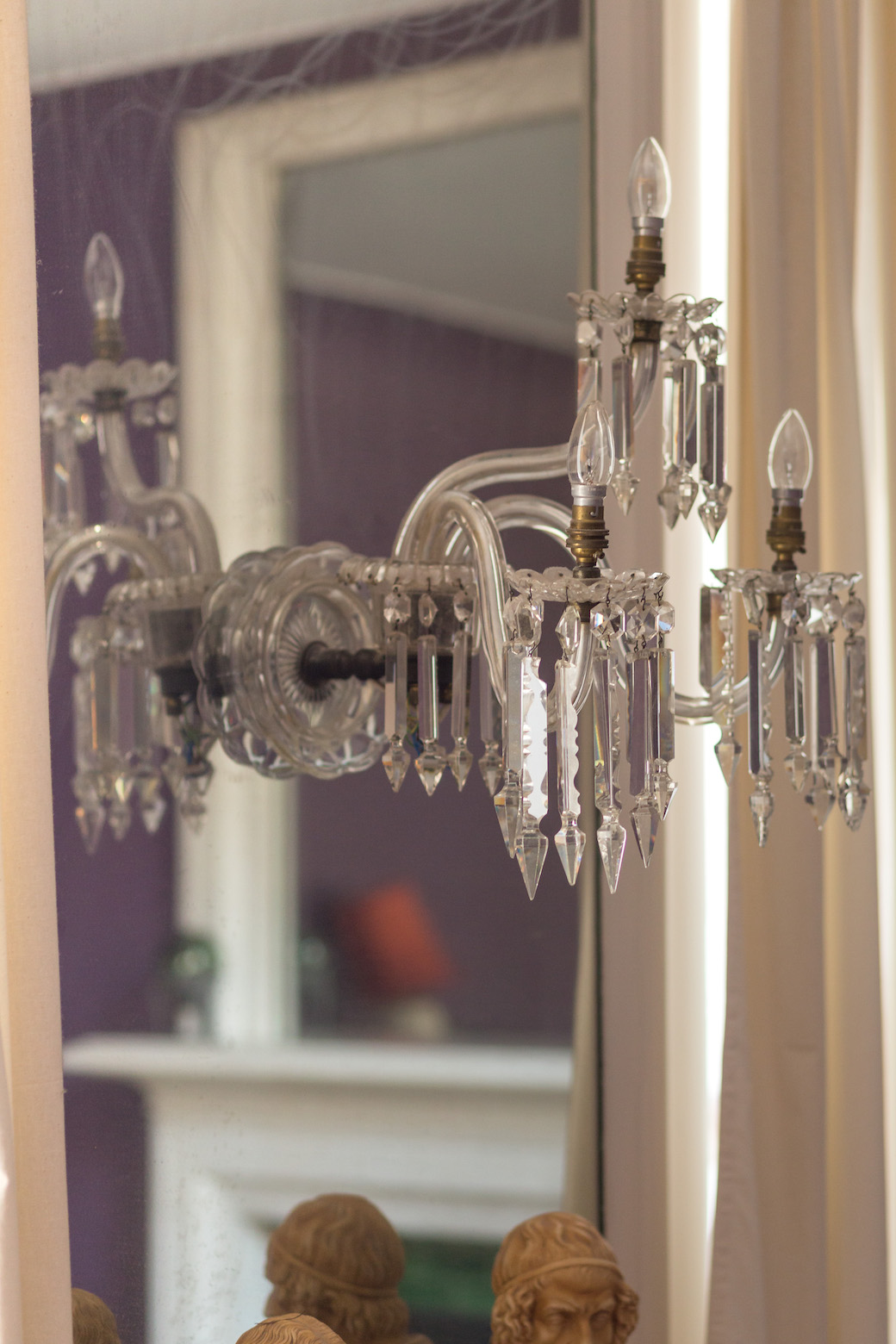 The house is arranged over three floors. The drawing room, with its detailed ceiling and Spence fireplace, sits at the front of the ground floor, backing onto the very large master bedroom, shown above. There are two further bedrooms on the first floor, while the lower ground level has a vaulted ceiling and gives access to the extensive south-facing garden, which is a feature of this property in its own right.

This lower level offers the most scope for a redesign. Currently laid out as a kitchen, dining room, office, study, laundry, and garden room, it isn’t hard to imagine this space being reconfigured to create a fantastic open plan kitchen, dining and family zone, spilling into the garden. 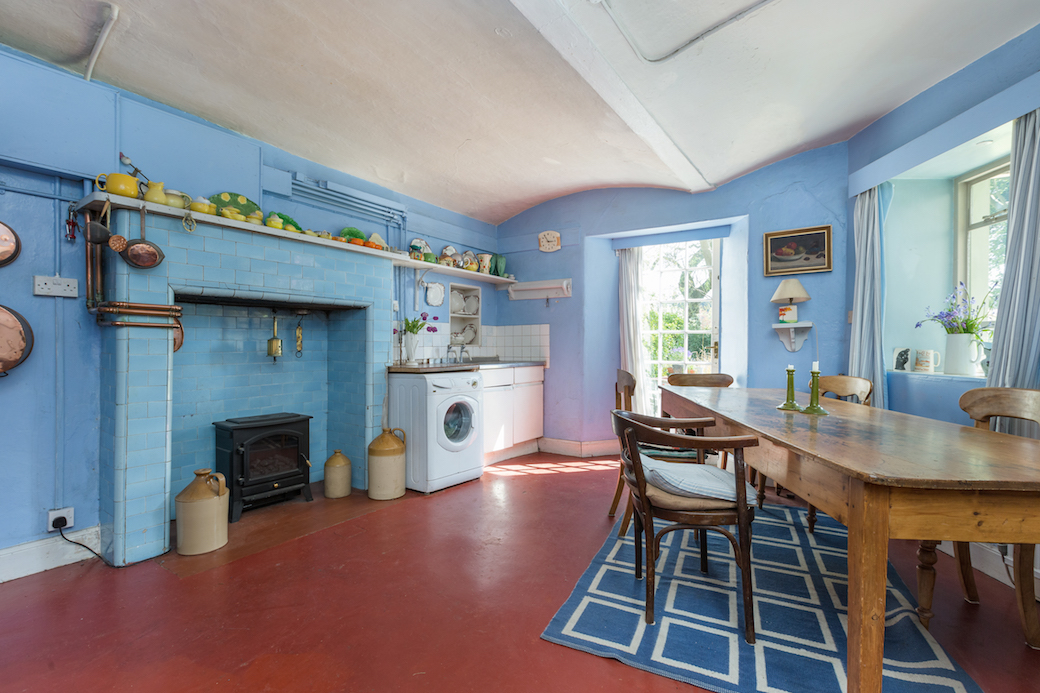 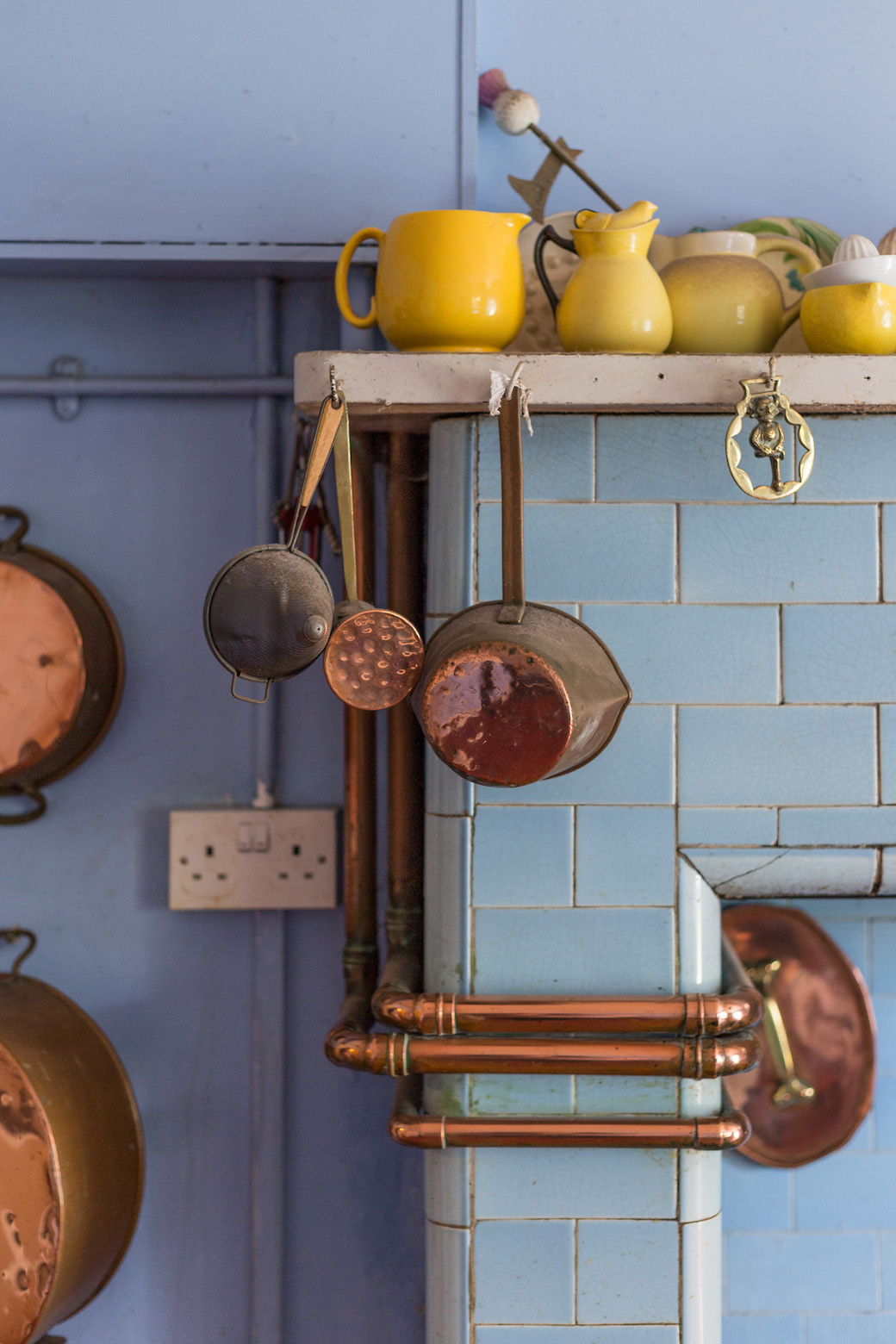 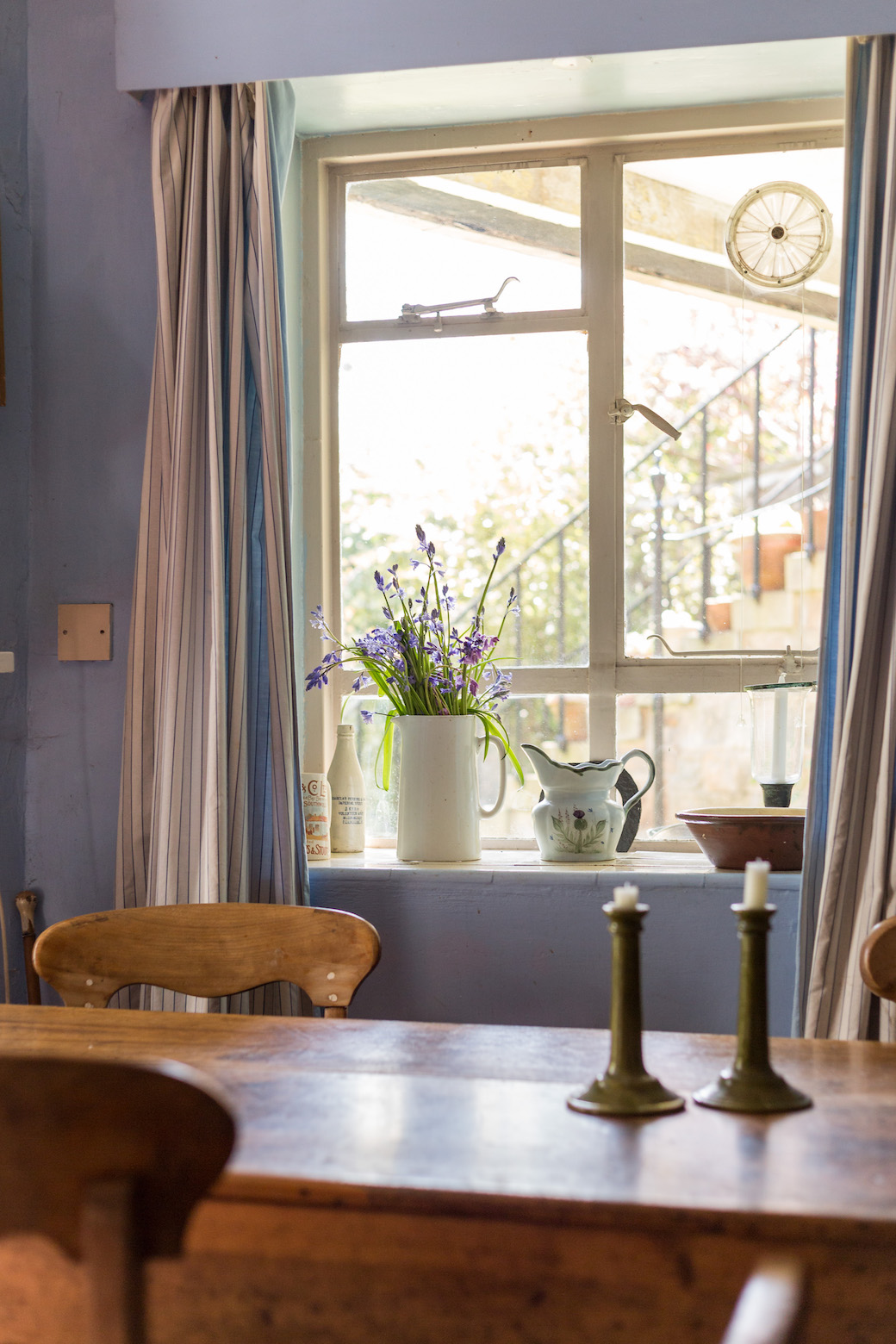 One of the most distinctive features of this house, as shown in the top two photos above, is the south-facing conservatory that extends along the rear elevation – at ground floor level when accessed from the hallway, but at first floor level at the back of the house, overlooking the garden. This conservatory is believed to be the oldest in Edinburgh, and it opens onto a balcony. There’s a small glazed entrance at the front of the house, on Jordan Lane, which echoes the style of this much larger sun room. 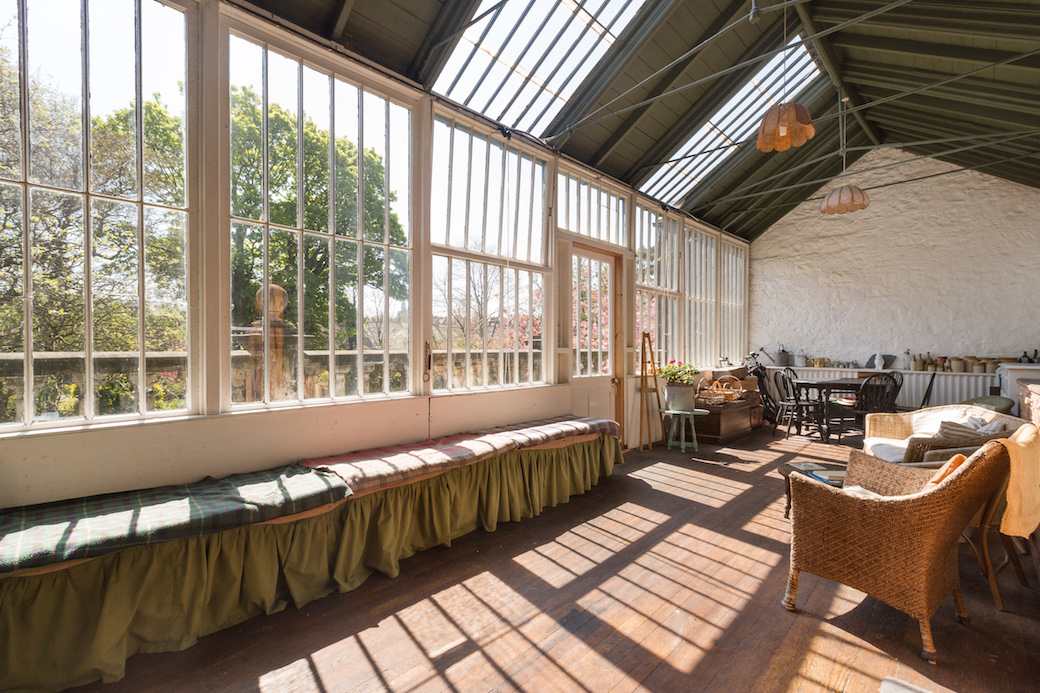 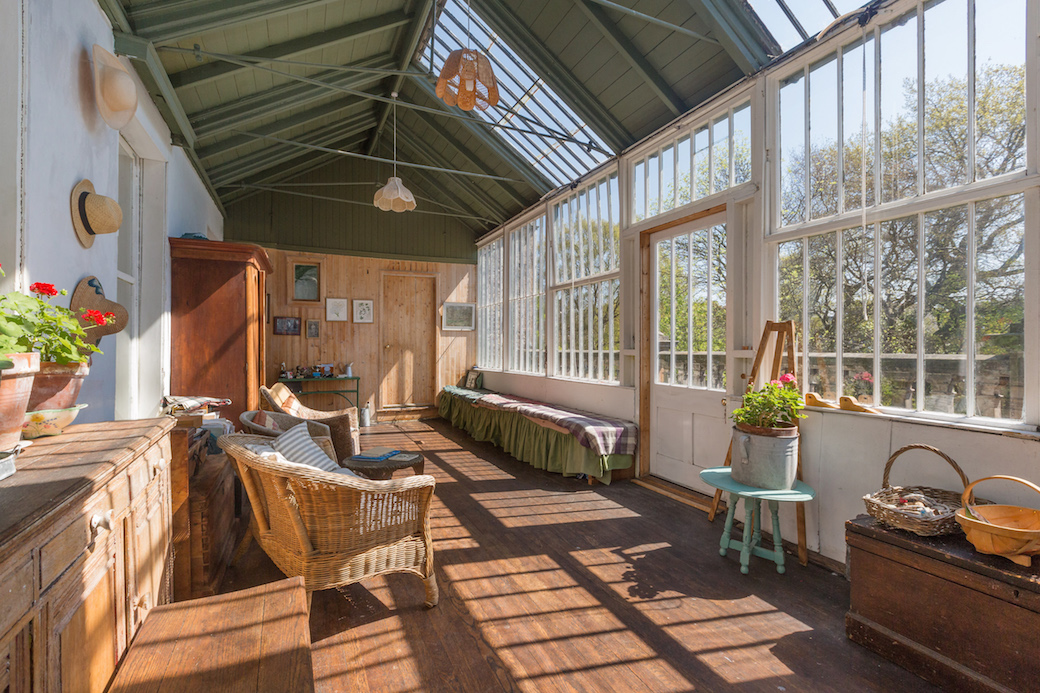 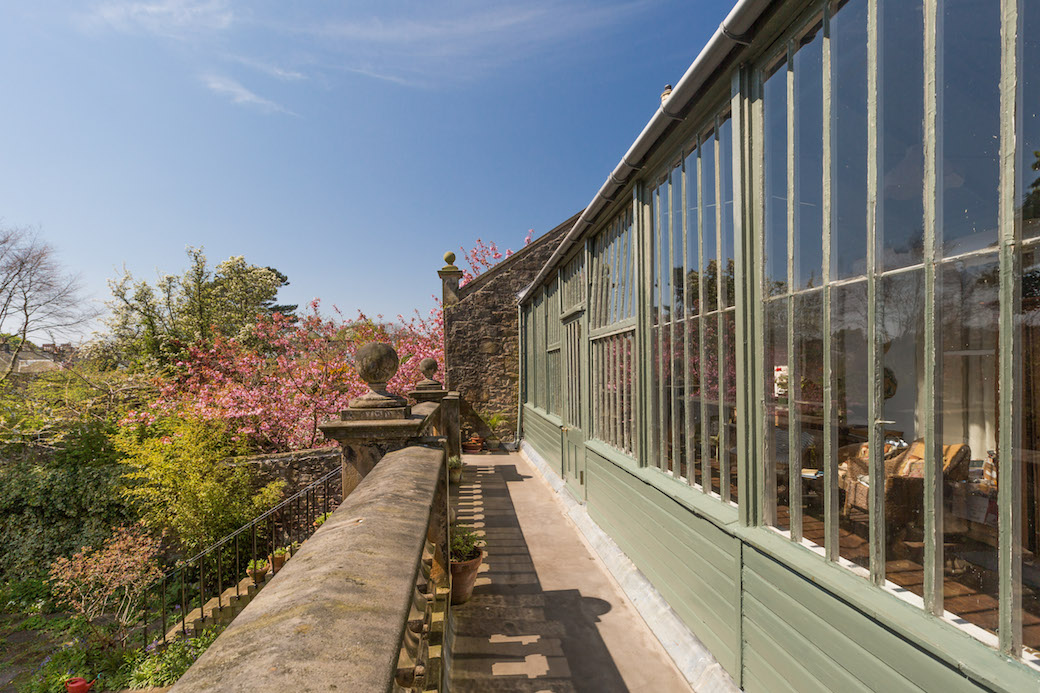 It might not be clear from the photos of the master bedroom above, but those full height windows in the bedroom look into the conservatory. Maybe this sun room is a love it/hate it space? Maybe you’re reading this and thinking, why would I want my bedroom to look into a conservatory? But this is so unique that I love it. Imagine if this conservatory was designed and furnished as another room; as an everyday space you could use and enjoy year-round. And imagine if you brought some elements of the garden inside and had this conservatory as an indoor-outdoor space. This could look amazing. 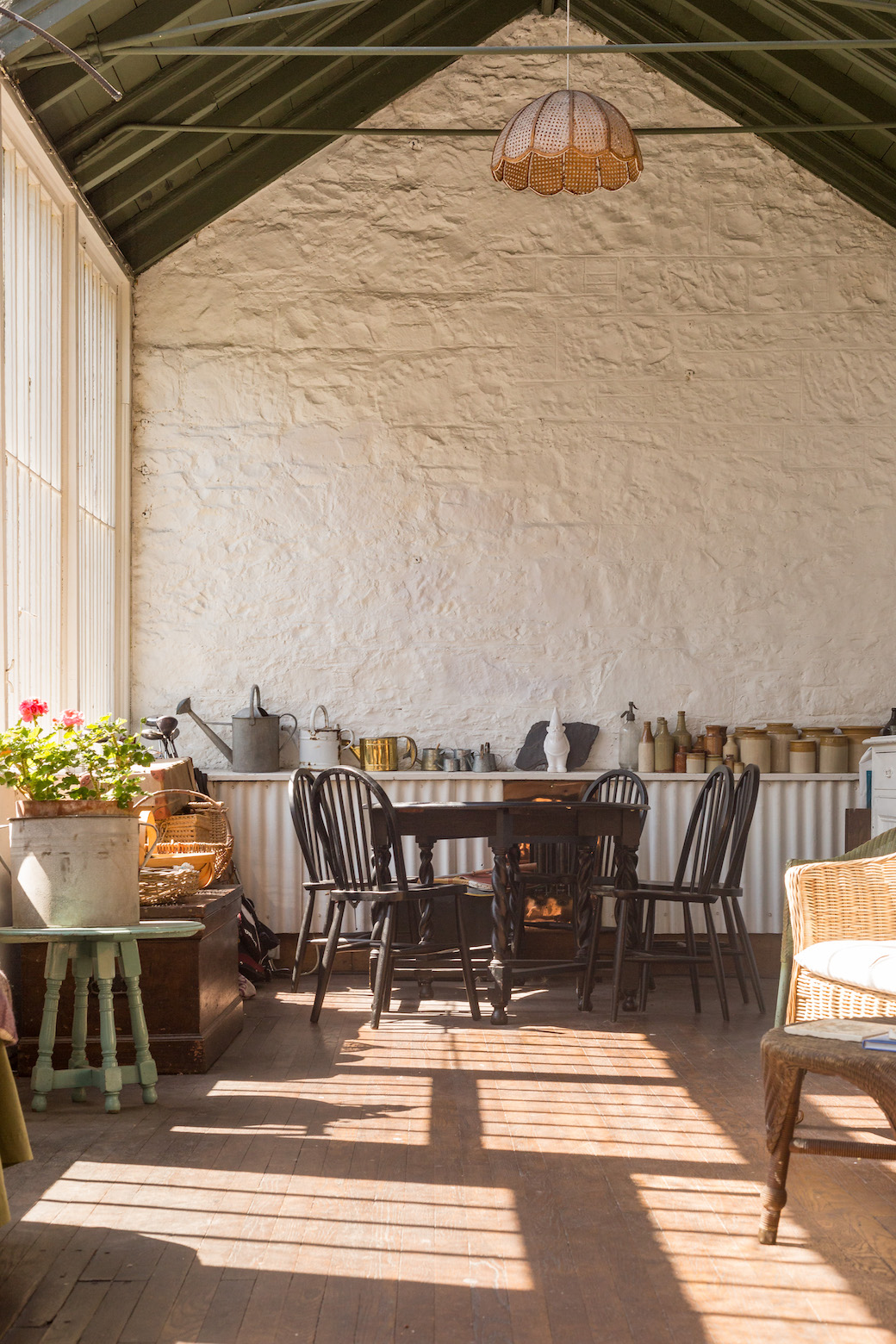 As I said, this house requires vision, but it has the potential to be an incredible home. And let’s not forget the garden, which has been well looked after by the present owners. The lower section contains fruit and vegetable areas and an extensive herb garden, while the upper area is laid to lawn with flower borders. Remember this is an urban garden; this is in the very heart of Morningside, yet you could be in this lush green space and completely forget the city surrounding you. 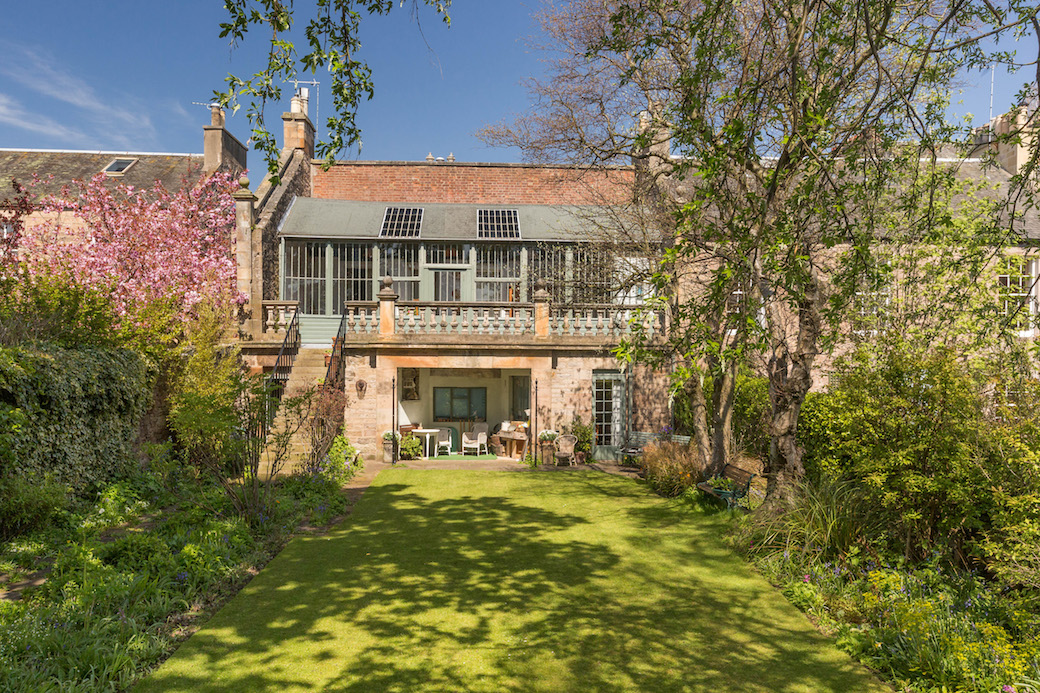 14 Jordan Lane is now under offer having been marketed by Strutt & Parker.