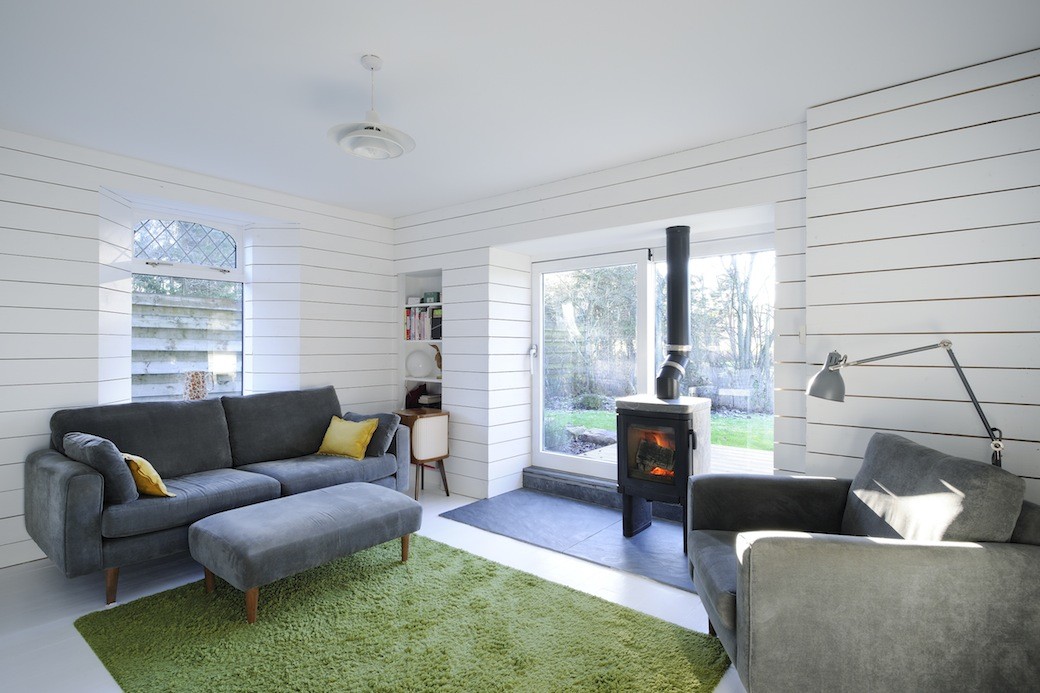 I’ll be honest, I’ve had my eye on Heath Cottage for a while. The house came on the market earlier this year (it’s now under offer) and I contacted the architect owner Andrew Brown, but I really wanted to save it for the new blog. Why this house, you might ask? While I could reply that these photos by the architectural and landscape photographer Nigel Rigden speak for themselves, there’s more to it than that. I’m always interested in projects where people have taken a house that’s tired and dark and cramped, with a restrictive floor plan, and have transformed this into a living space that defies the compact footprint, as Andrew and his wife Kate, who together form Brown + Brown Architects, have done here. 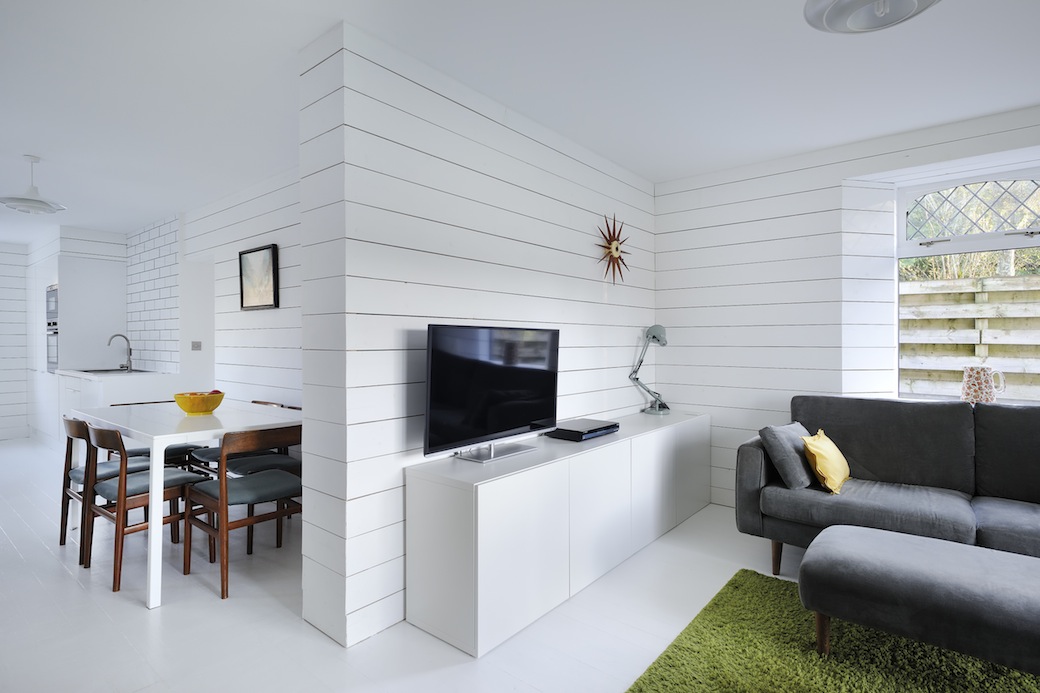 Heath Cottage is located in the Aberdeenshire village of Rhynie, and Andrew and Kate live here with their young daughter and their greyhounds Arthur and Harry. I asked Andrew about the design process and the challenges of transforming this 150-year-old traditional stone cottage into a contemporary family home.

What attracted you to Heath Cottage?

We bought Heath Cottage in August 2012. It has a really nice location. Even though it’s in the heart of a village, it’s completely private and has an open outlook. 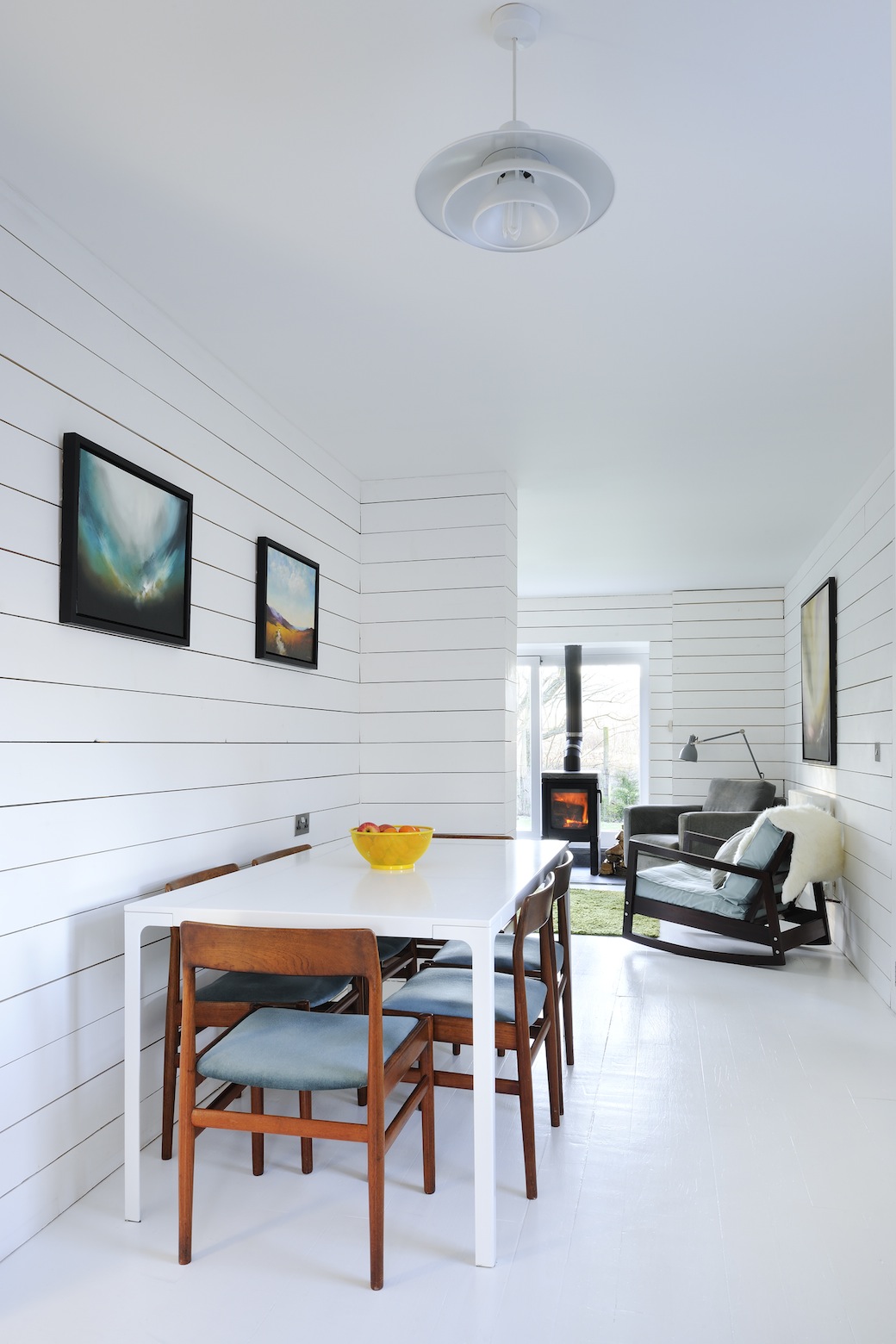 Was it obvious what you could do with the property?

From our first viewing we were sure the property had a lot of potential. It had a nice feel to it but was just very dark, and made very poor use of natural light. One of the first things we did was open up the south-facing gable by installing a large glazed sliding door, before making most of the ground floor an open-plan living/dining/kitchen space so that it was more suitable for the way people live now. Nearly everything we did was about light, and as a result we wanted to make sure that the interior, although very white, didn’t feel sterile or cold. 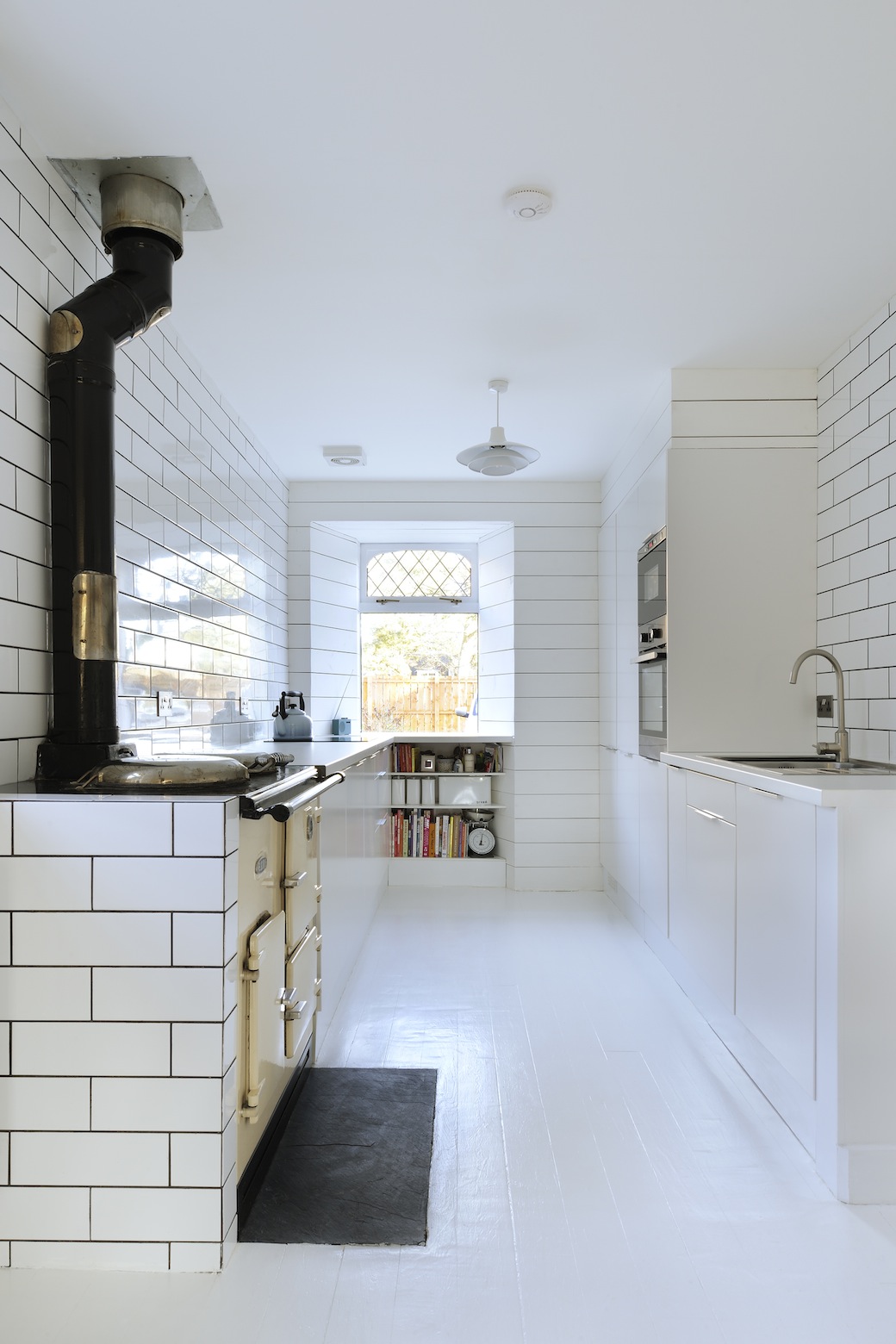 What were the challenges of the design process?

The main challenge was definitely the tight floorplan, and we went through numerous iterations to try to find the best way to accommodate good-sized social spaces, a home office, and the necessary storage, within a small traditional Scottish cottage. 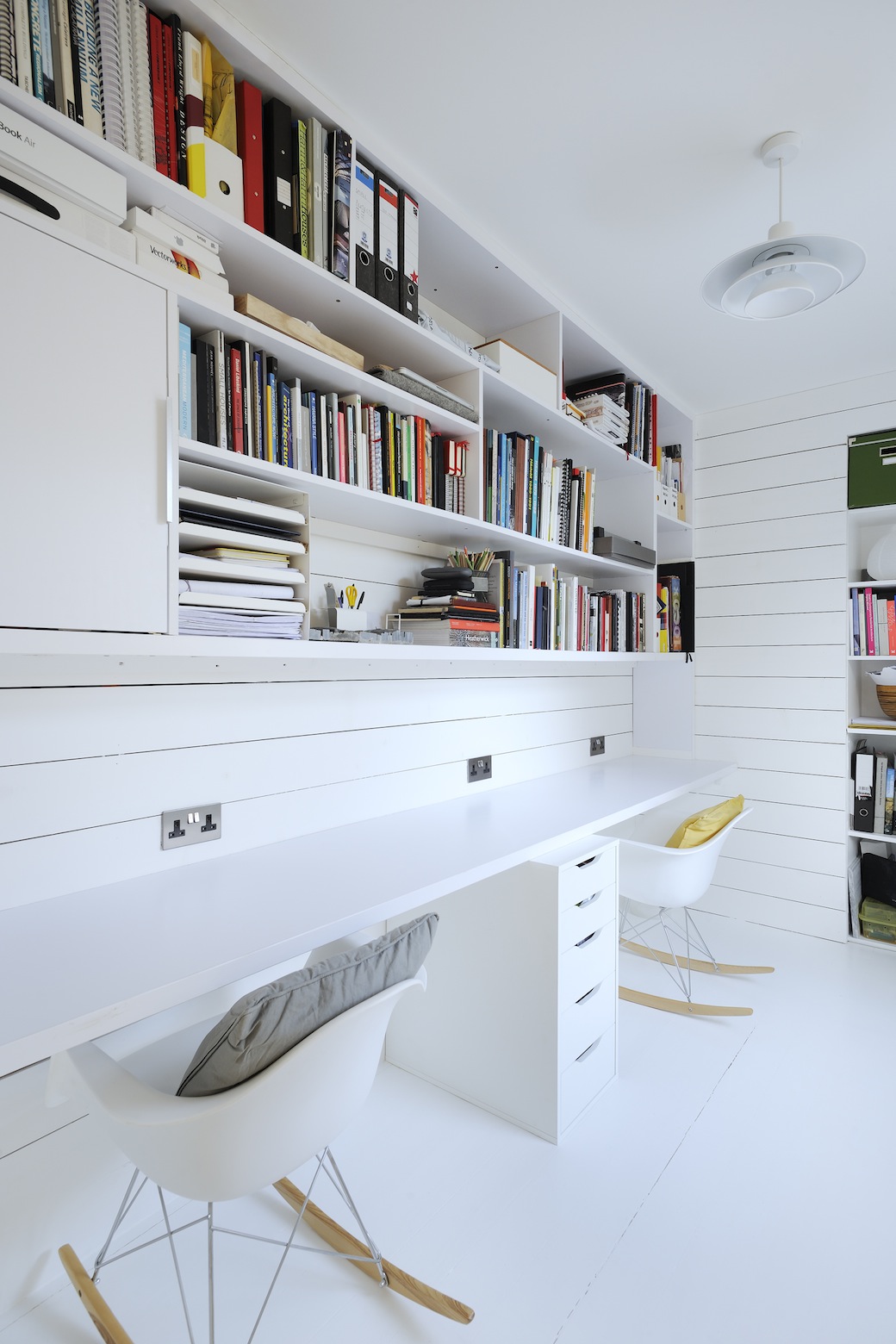 What inspires you when designing?

We would probably say that we’re inspired by midcentury design, and love furniture from this era. We are very influenced by Scandinavian design, but are mostly interested in how it has similarities to modern Scottish design, which I think is much stronger than a lot of people give it credit for. 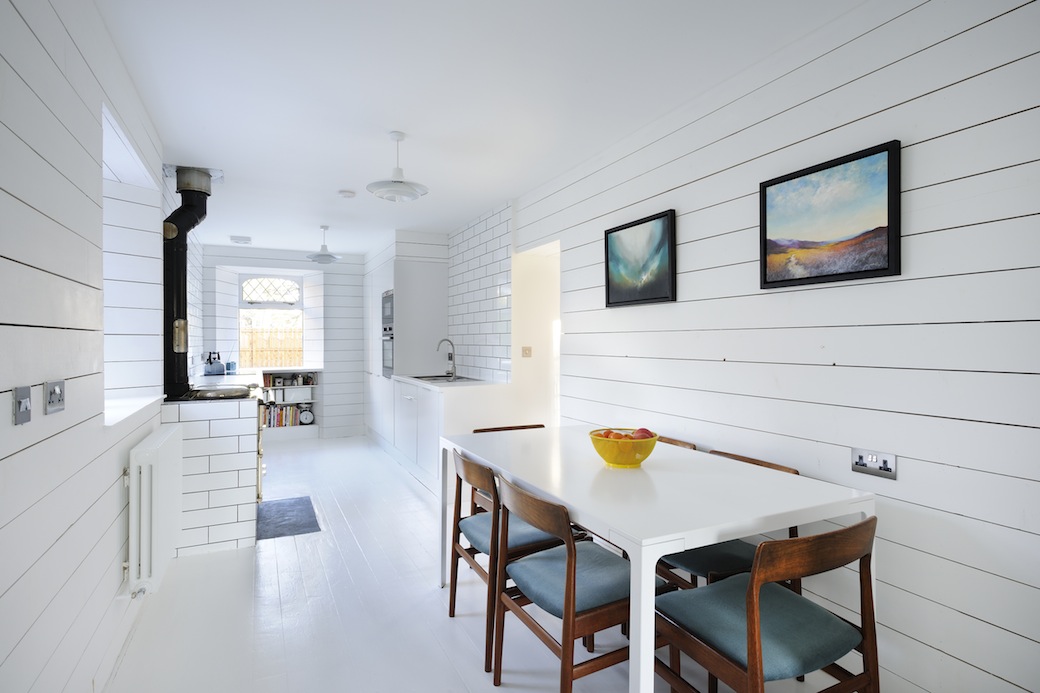 The white interior was primarily to make the house light. When I was a student I spent some time studying in Sweden, living in a tiny apartment with a white floor, and we wanted to use it to make the house feel bigger than the sum of its parts. Before we had a family we were also very clean and minimal, but it’s harder now! 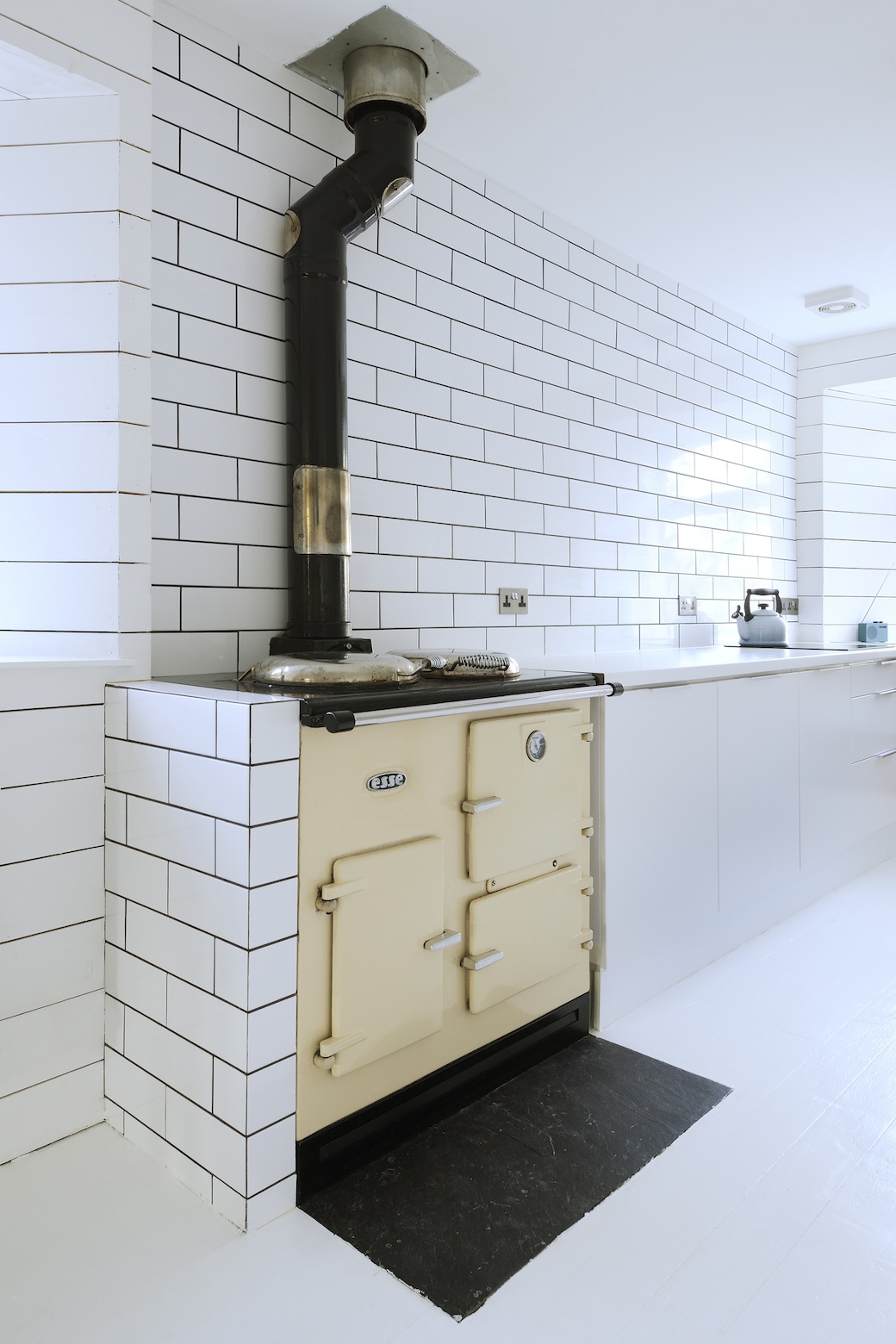 Which finishes have you used?

The internal walls feature Scottish Spruce boarding with a 5mm shadow gap between each board, which has been painted in All White from Farrow & Ball. The existing wooden floor (which is pine we think) was painted with Ronseal Diamond Hard Floor Paint. We liked subway tiles but weren’t keen on the bevel, so we managed to find white flat brick style tiles, which we matched with dark grey grout. The bathroom walls are a mixture of birch-faced plywood (treated with yacht varnish) and white wetwall panels, and the floor is laid in geometric pattern concrete tiles. 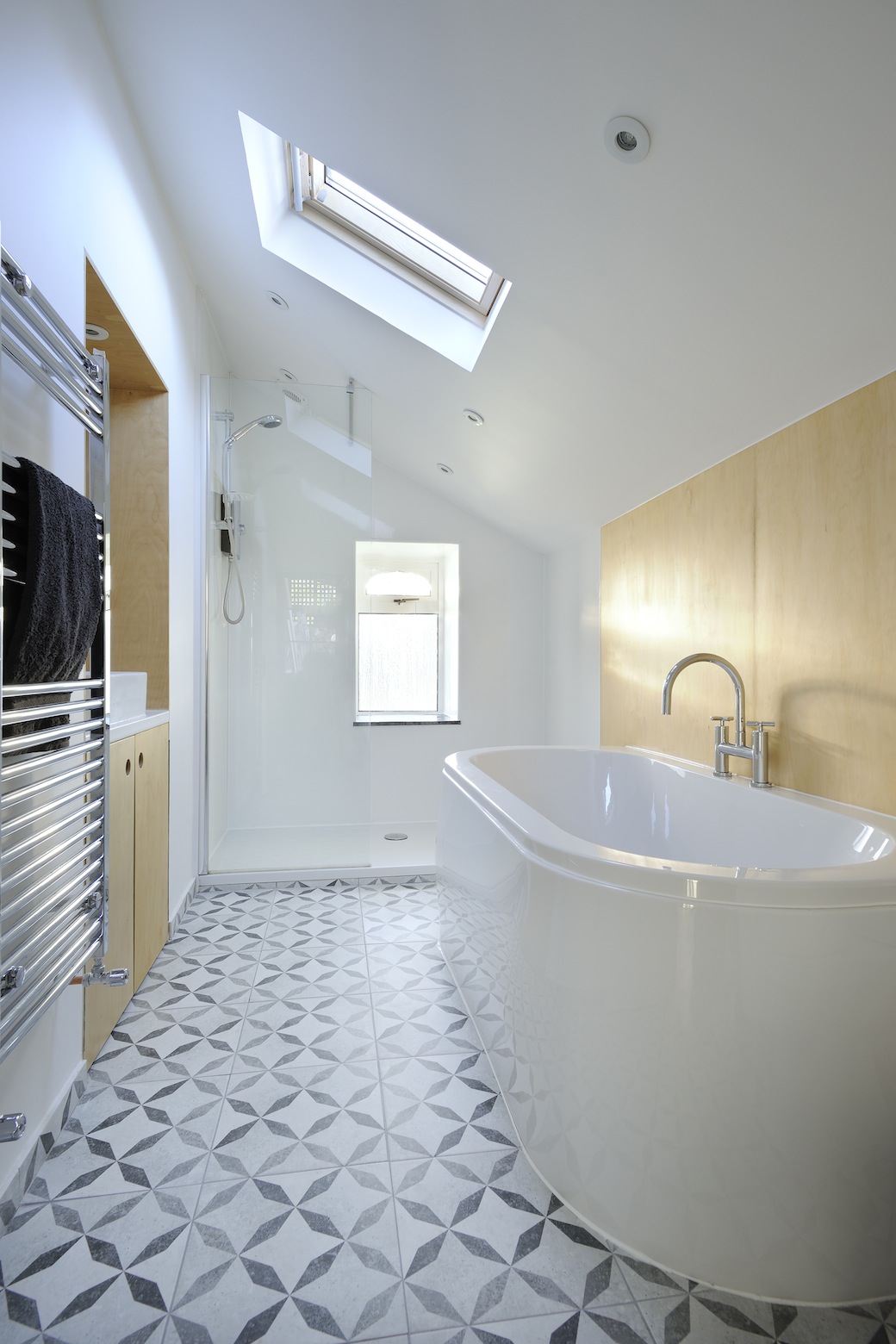 What were the main challenges of the refurbishment?

The biggest challenge, apart from our budget (which was small), was living in the house while we did the work. We always advise clients against doing this, but for some reason didn’t follow our own advice and lived in a single room upstairs which acted as living room, bedroom, and kitchen (which was a microwave and a toastie maker). We also ended up parting company with our contractor part-way through the build, which meant appointing trades to finish the works. 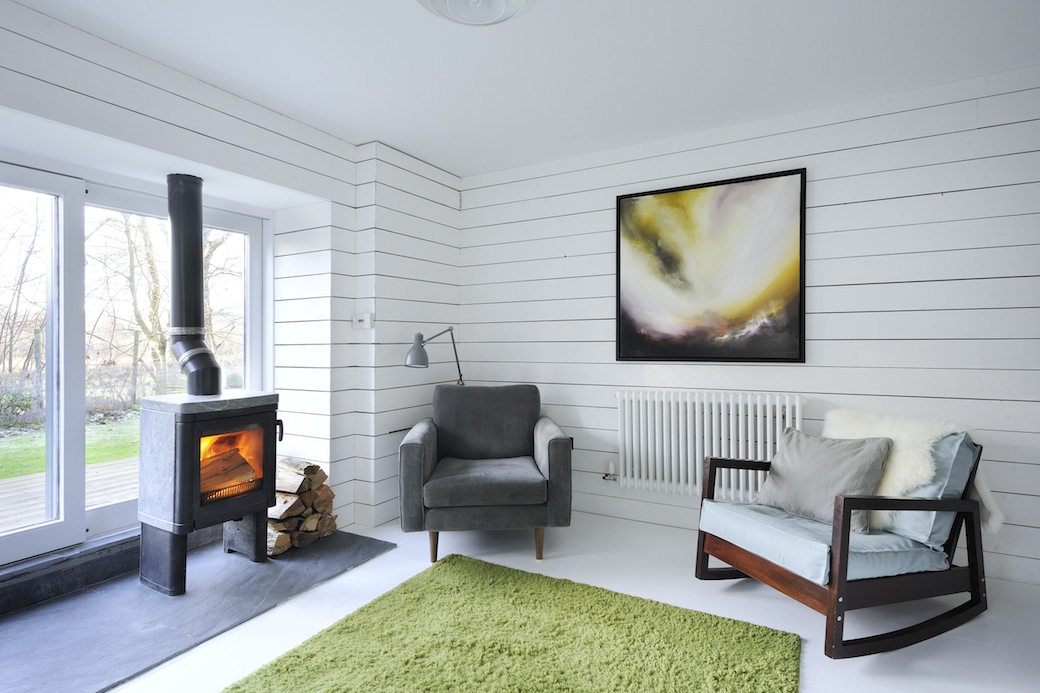 What are the key elements that make this interior work well now?

The light interior and the use of tactile materials that prevent the white surfaces feeling too clinical.

How did you and Kate work on this project?

We worked together on the design, and having our own practice meant that we could toss the design backwards and forwards until we were happy with it. We have wildly different tastes, so agreeing on anything always takes some time! 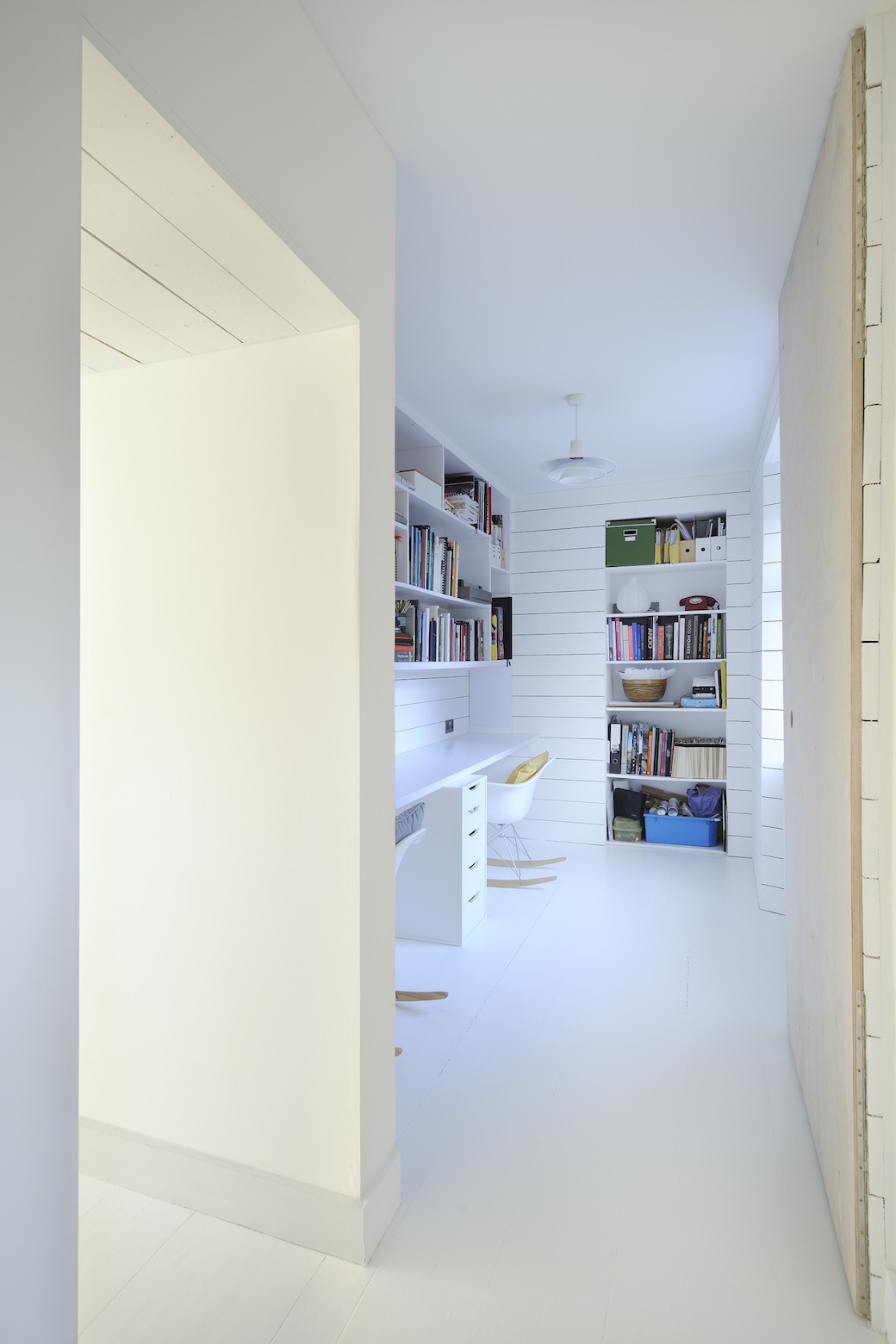 How will Heath Cottage inspire what you do with your next house?

Our next house (which we’ve just purchased) is an entirely different age and style of house. There is, however, a lot we’ve learned which we’ll take into the next project, and it was interesting to see it from the client side, rather than the position we usually have on residential projects. We’ll probably be a bit bolder and take more risks with the next one! 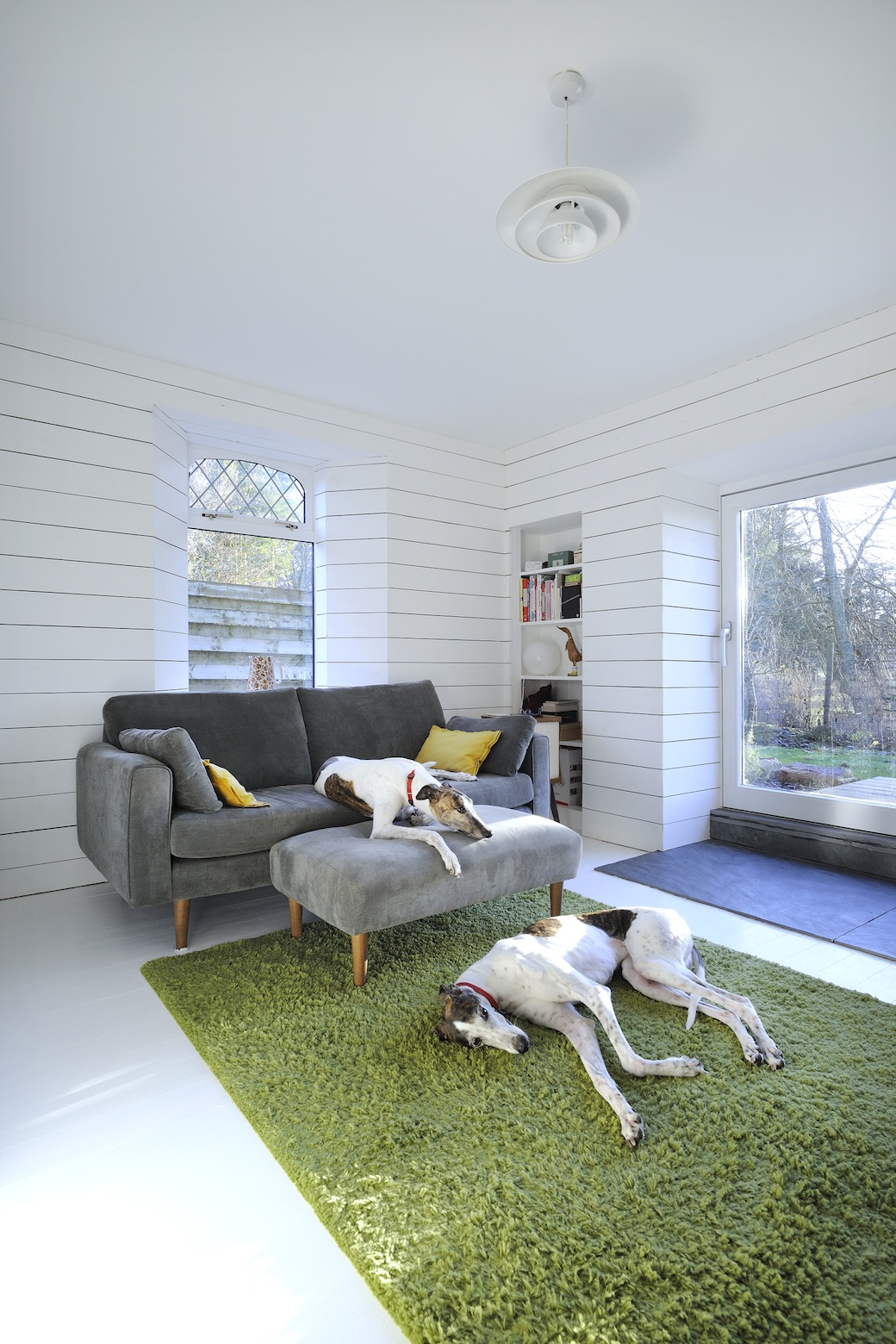 With thanks to Andrew Brown. You’ll find more information on Andrew and Kate’s work at Brown + Brown Architects.

All photography by Nigel Rigden.