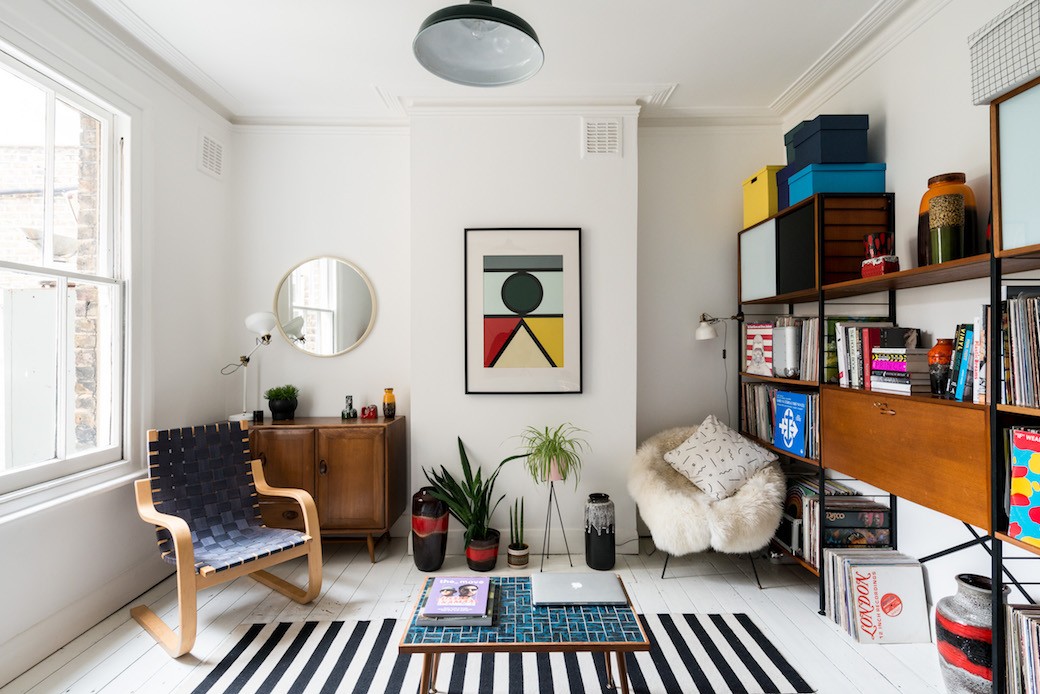 For every incredible house I come across, I’m always just as inspired when I encounter a smaller property that’s been really well thought out and designed. Indeed, living in the city means I tend to gravitate towards smaller properties – the quirky flats and fantastic mews buildings that have clever spatial design. When you look at more compact properties, so often there’s a poky internal kitchen or an even smaller and gloomy internal bathroom (my pet hate), or the flow of space is just a bit… odd.

Which brings me to this garden flat in London’s Kensal Rise – a one bedroom property where every inch of space has been considered and packed with great styling, and where the layout has been reworked to create a flow of space from the entrance right through to the rear garden. 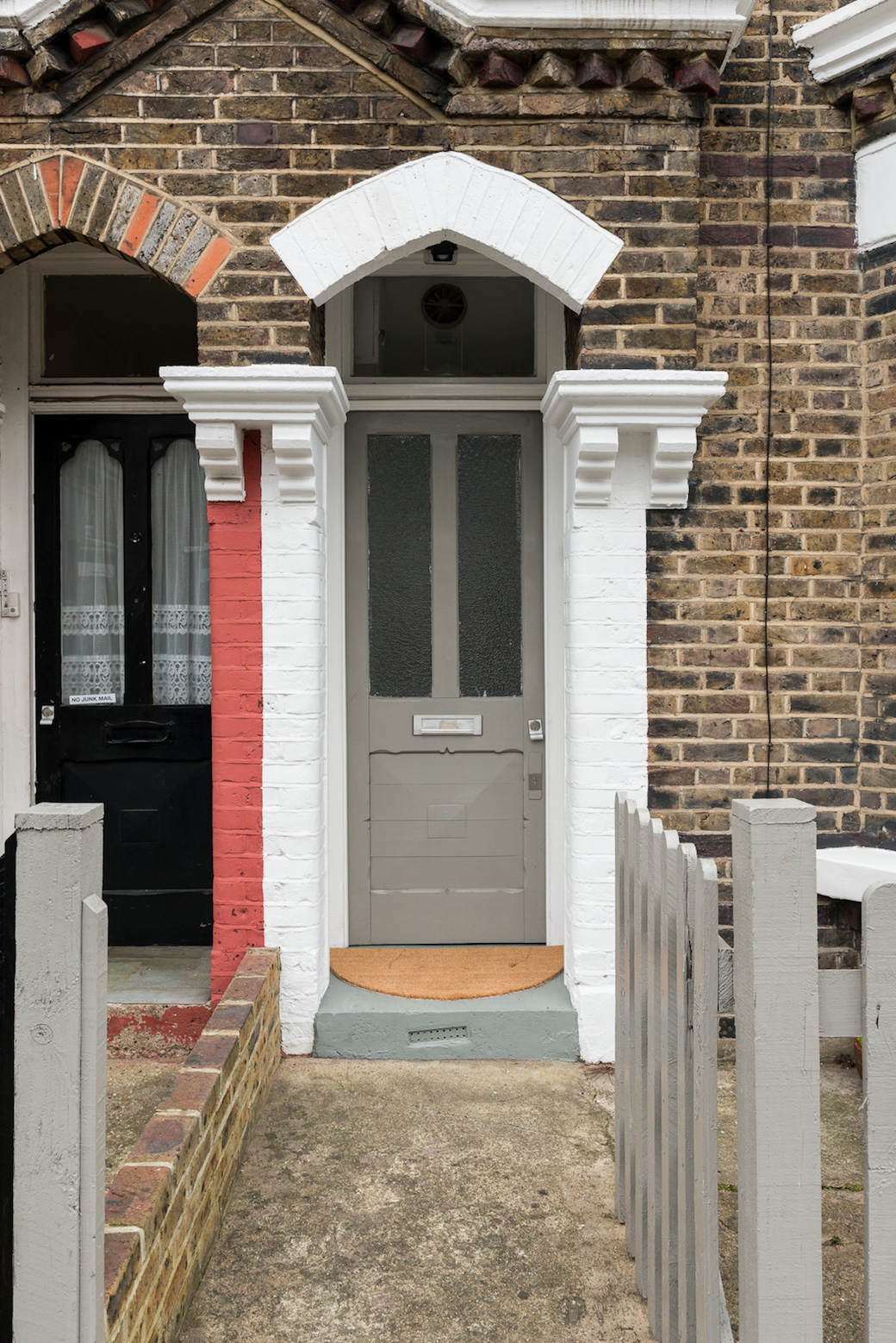 Tucked along a quiet residential street, this garden flat on Fifth Avenue was recently marketed by The Modern House (it’s currently under offer) and was completely remodelled by designer Jack Hemingway of HemingwayDesign. Little surprise that the interior looks as dynamic as it does with a great mix of contemporary features and vintage furnishings, not to mention a few inspired touches like the Mondrian-inspired fronts on the bespoke wardrobes in the bedroom, or the specially sourced 1950s range cooker in the kitchen. 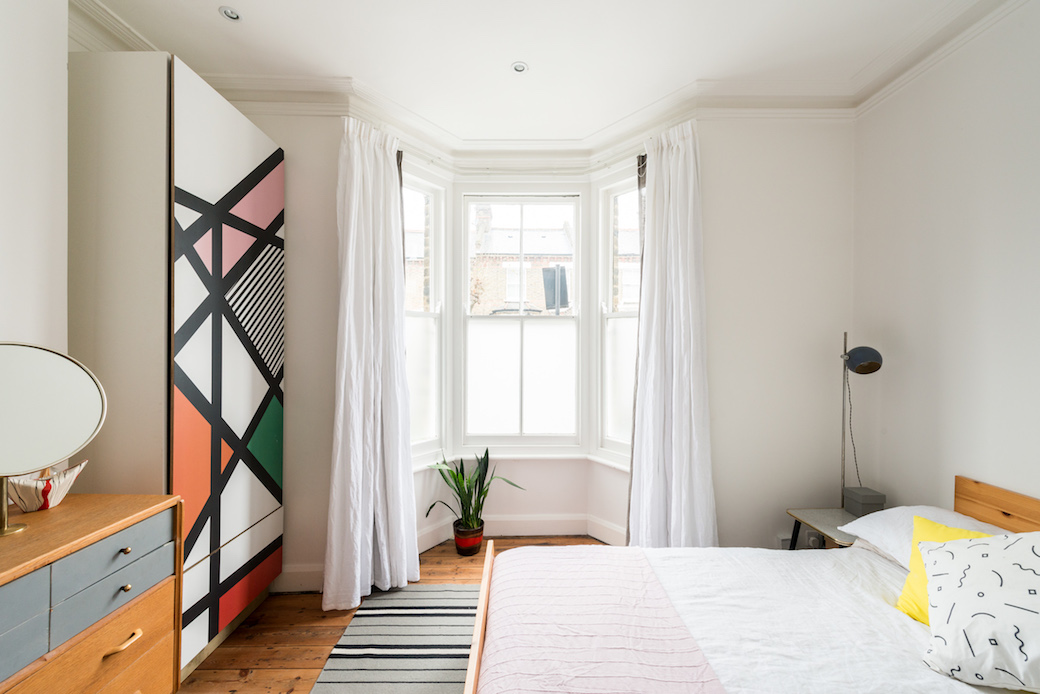 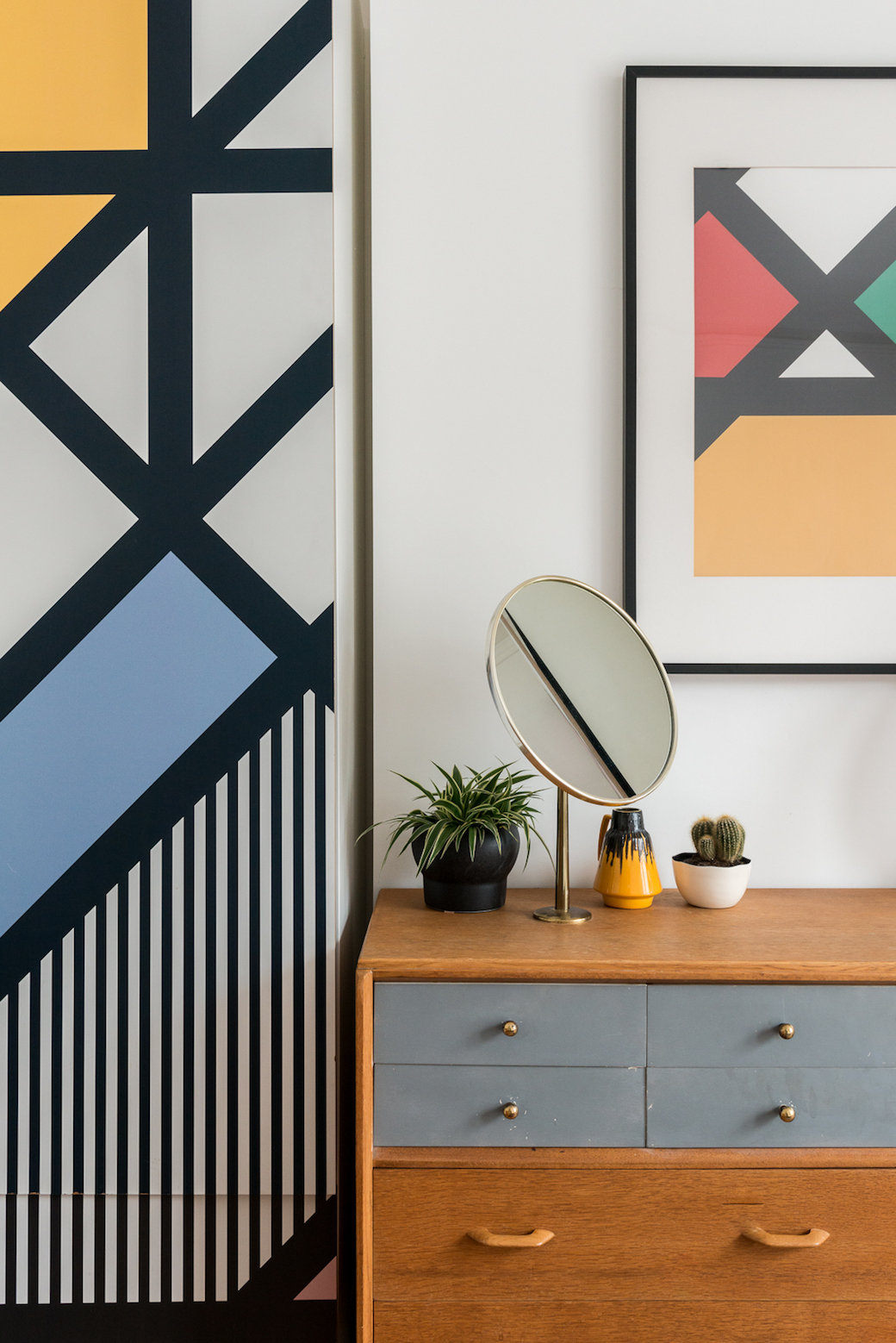 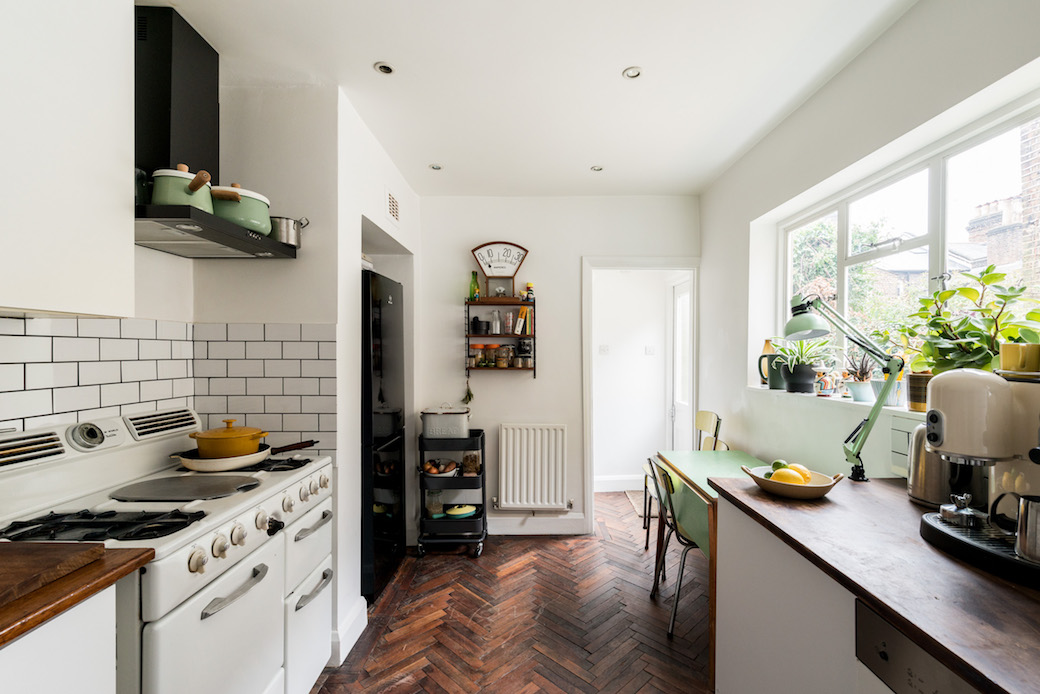 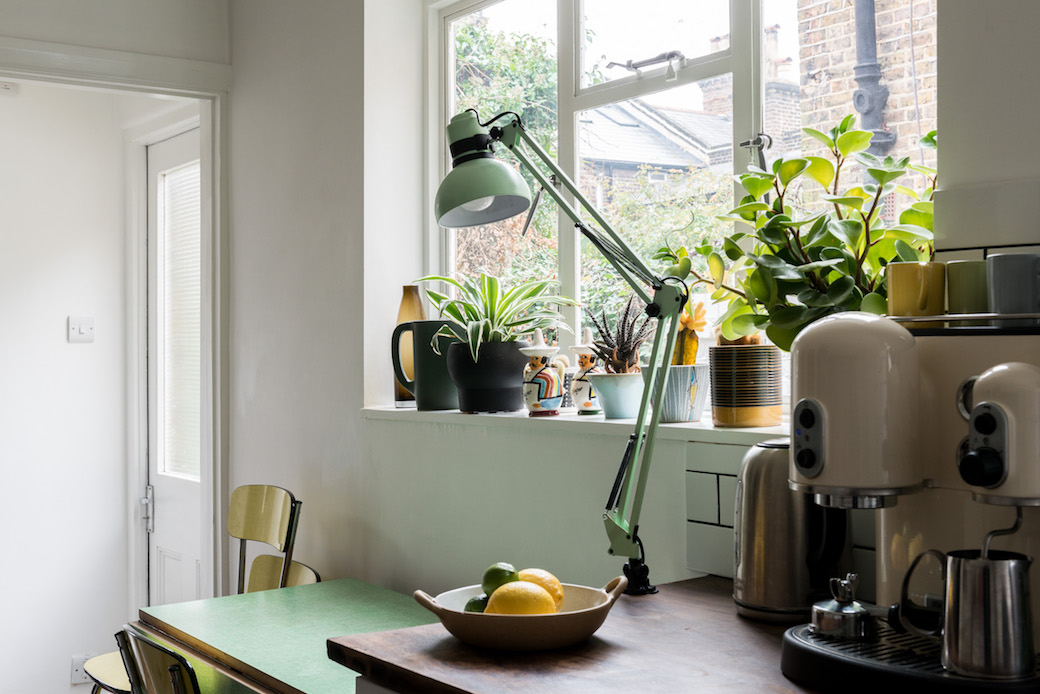 Hemingway reconfigured the layout by placing the bedroom at the front, where you would have expected to find the living room, and then shifting the living space to the centre of the floor plan where it flows into the kitchen at the rear – a logical layout and use of space that has transformed this flat. A door opens from the kitchen into the garden, while the bathroom is positioned at the very back of the flat, behind the kitchen. 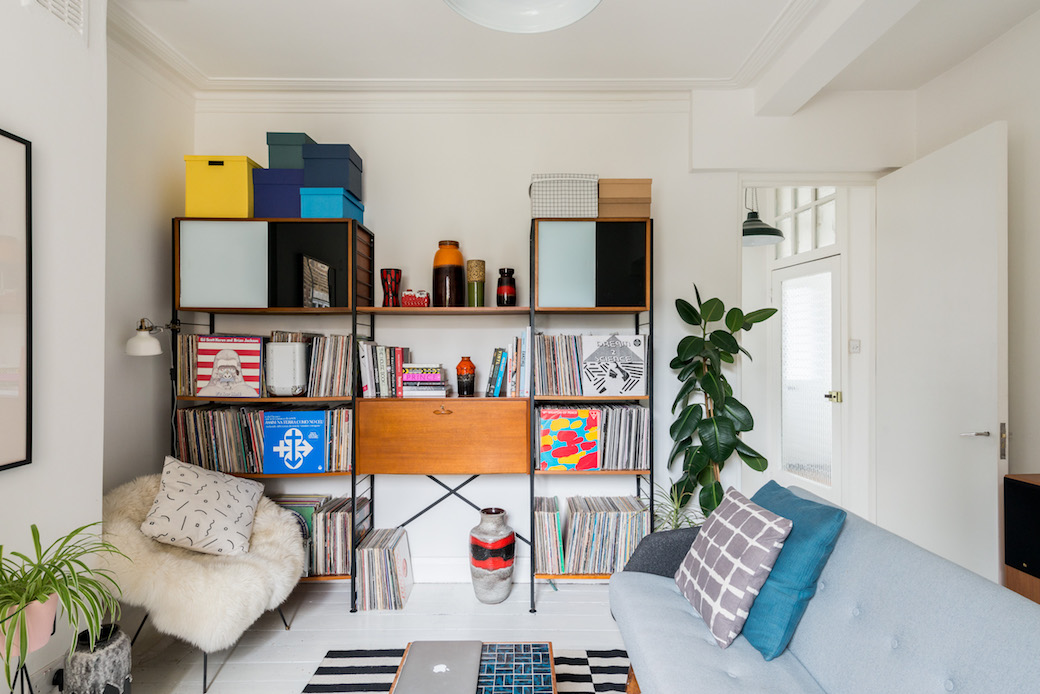 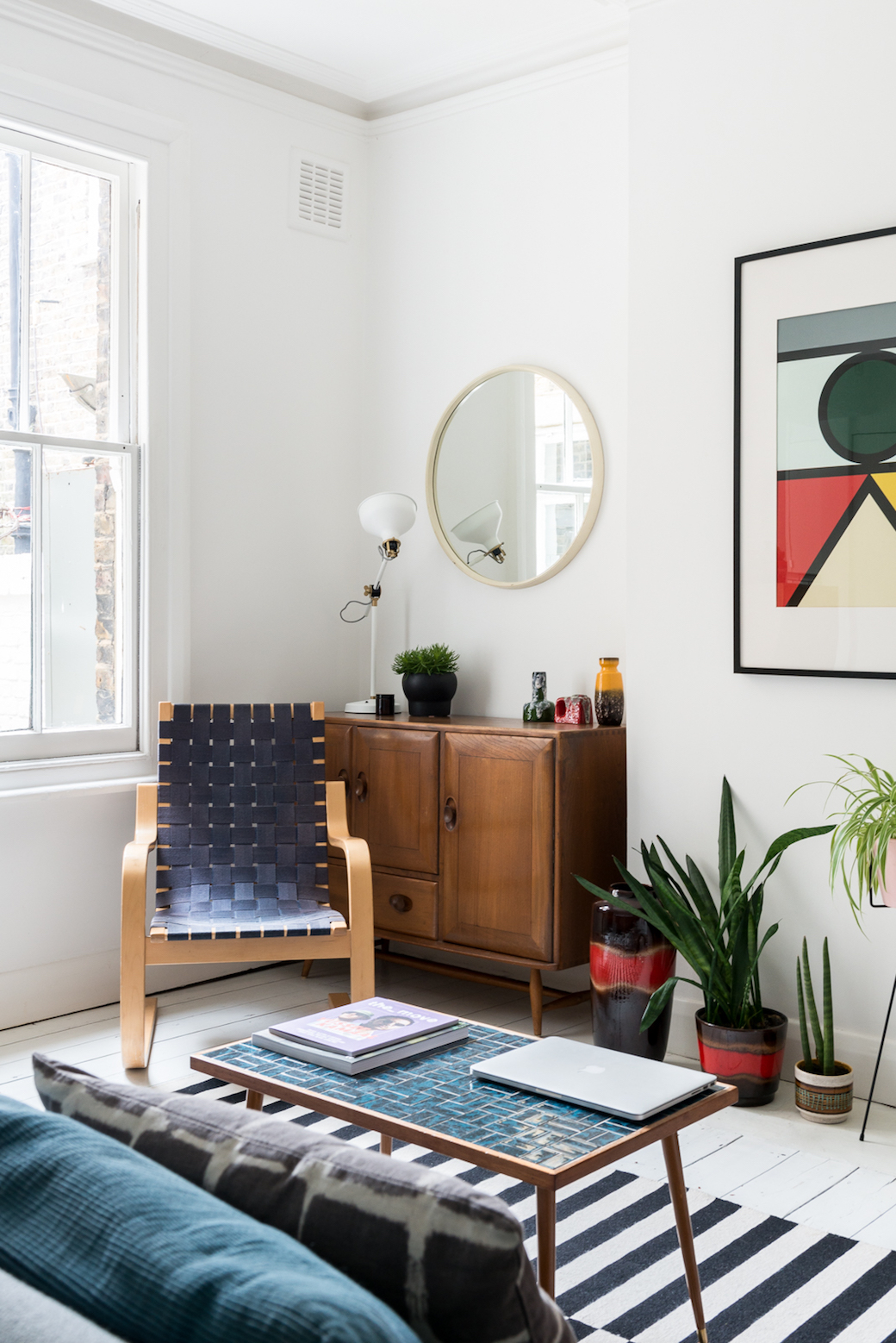 Clearly, the styling plays a significant role in the appeal of this space. I love the midcentury elements and the carefully curated displays that add pops of colour against the white backdrop. But also, Hemingway has added in some great details to the ‘canvas’ of this apartment, including the reclaimed herringbone parquet floor in the kitchen and the exposed copper pipework in both the kitchen and bathroom. The bathroom also features a period cast iron bath that was re-enamelled, with classic subway tiling completing the look, as in the kitchen. 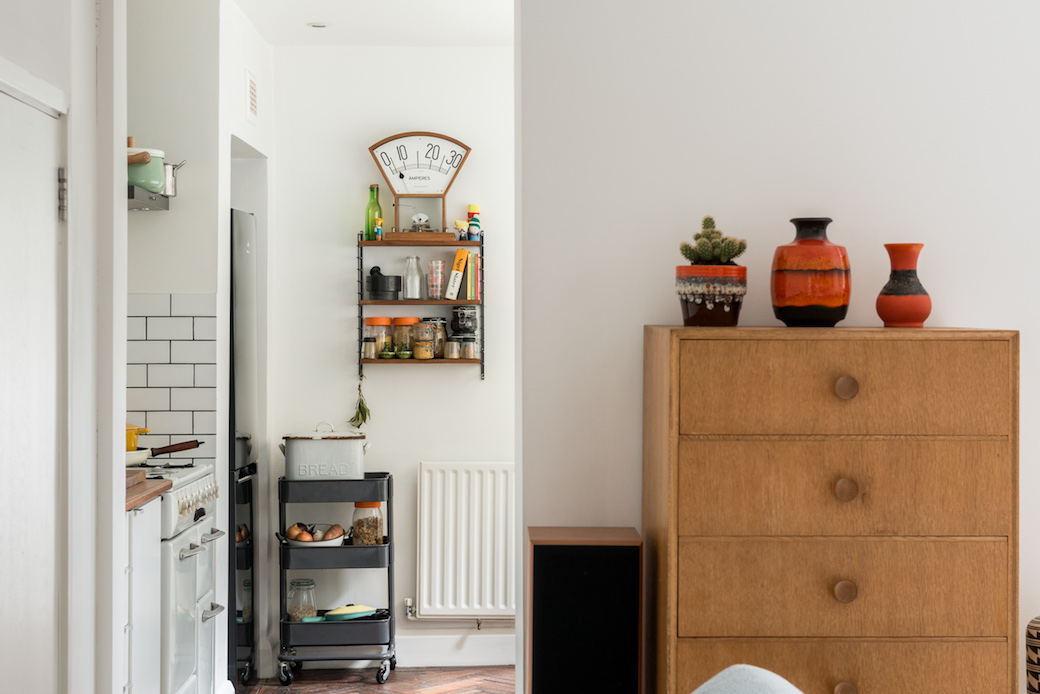 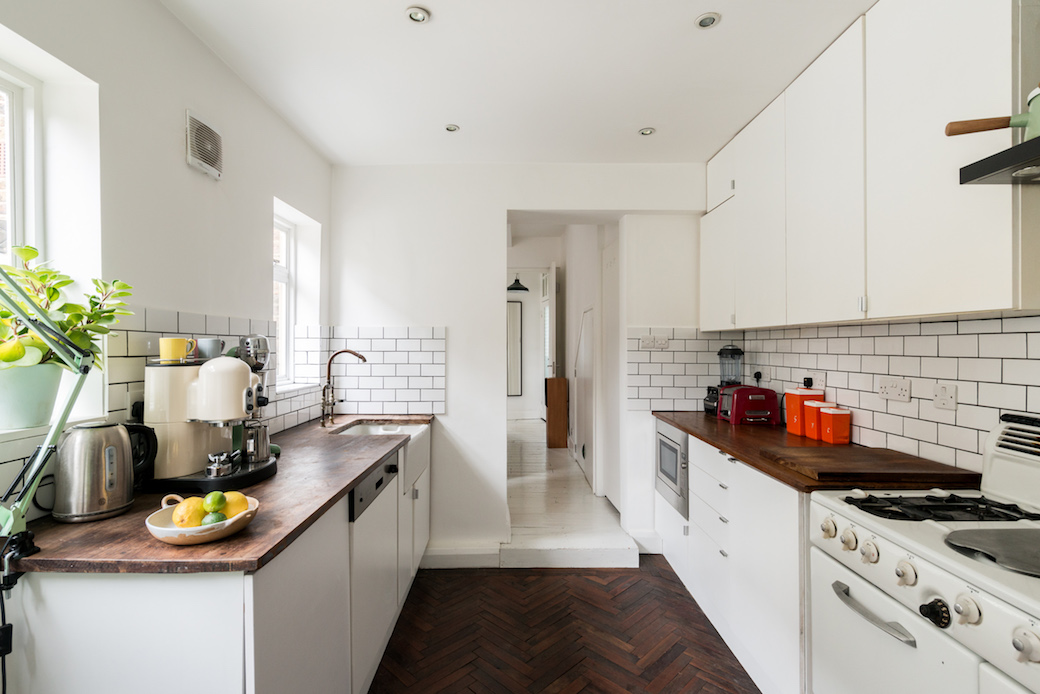 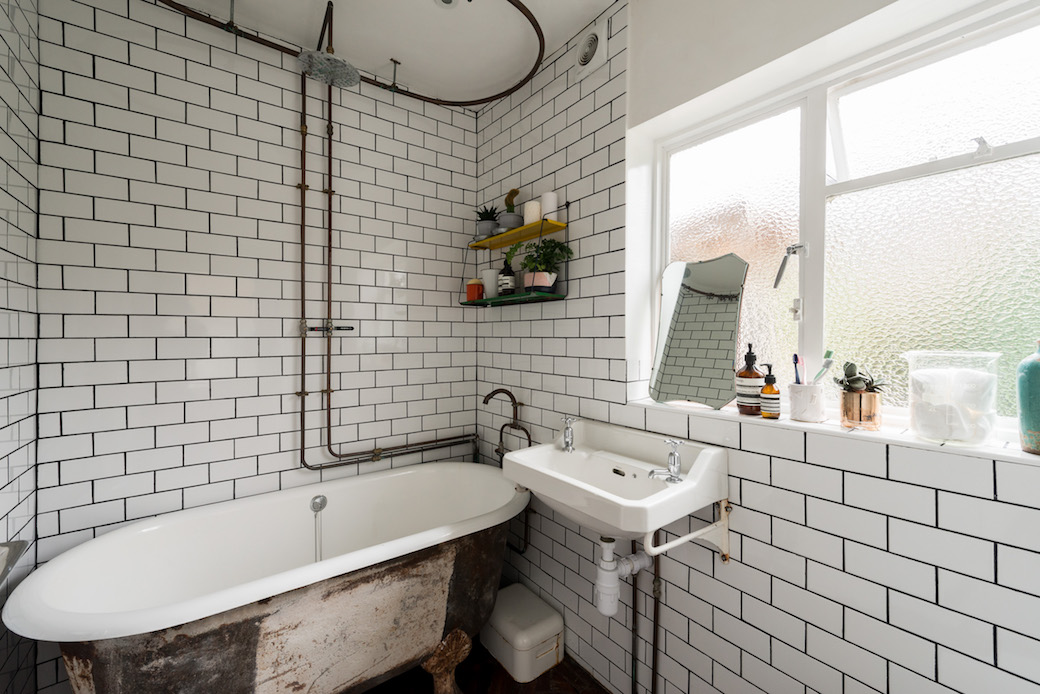 Interestingly, there’s also the potential to extend this flat into the section of garden alongside the kitchen, which is big enough for a table and chairs, but if extending into this area you could create a really nice dining or seating zone – or a smart home office – without compromising on the main section of garden to the rear, which gains most of the sun. By reconsidering the layout, this one bedroom flat now has that all-important sense of flow that makes this space function well, while the details have really given this home its edge. 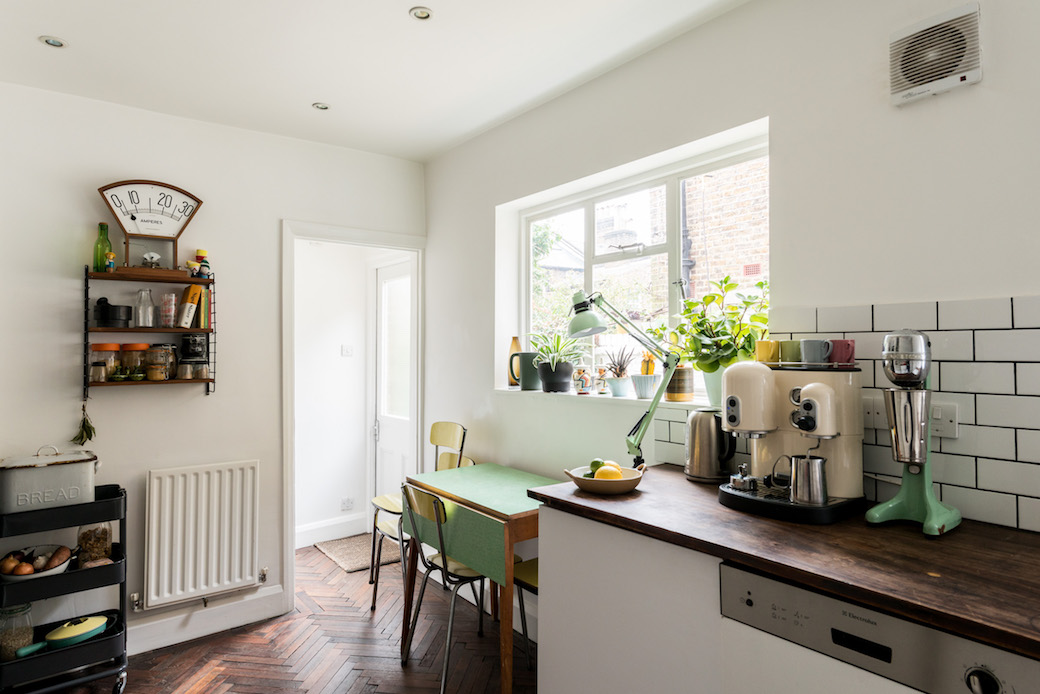 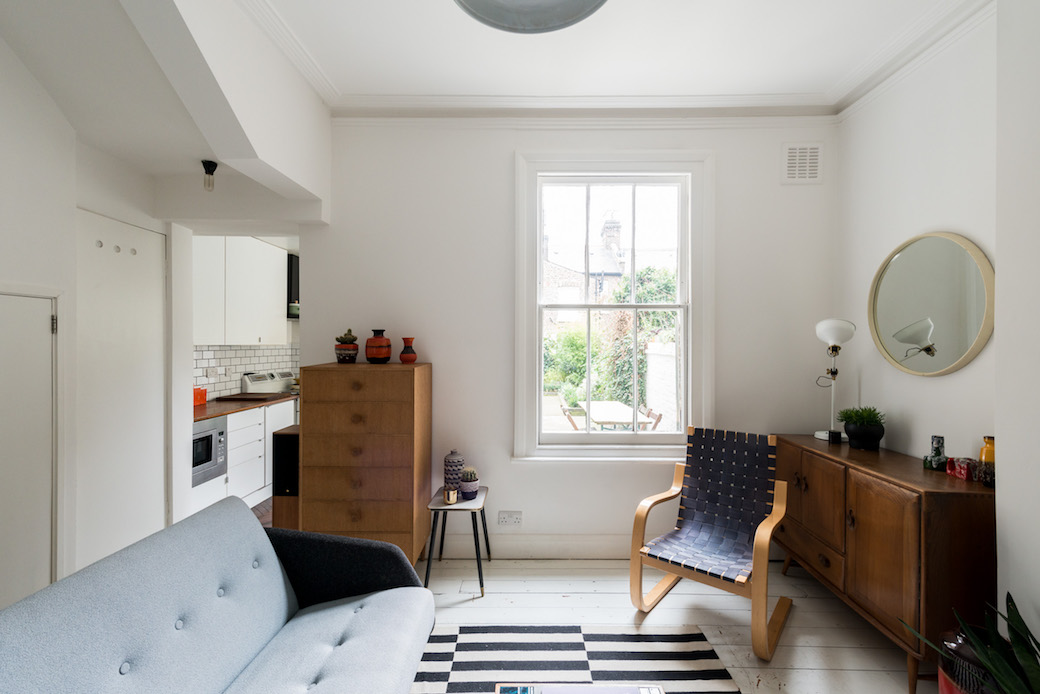 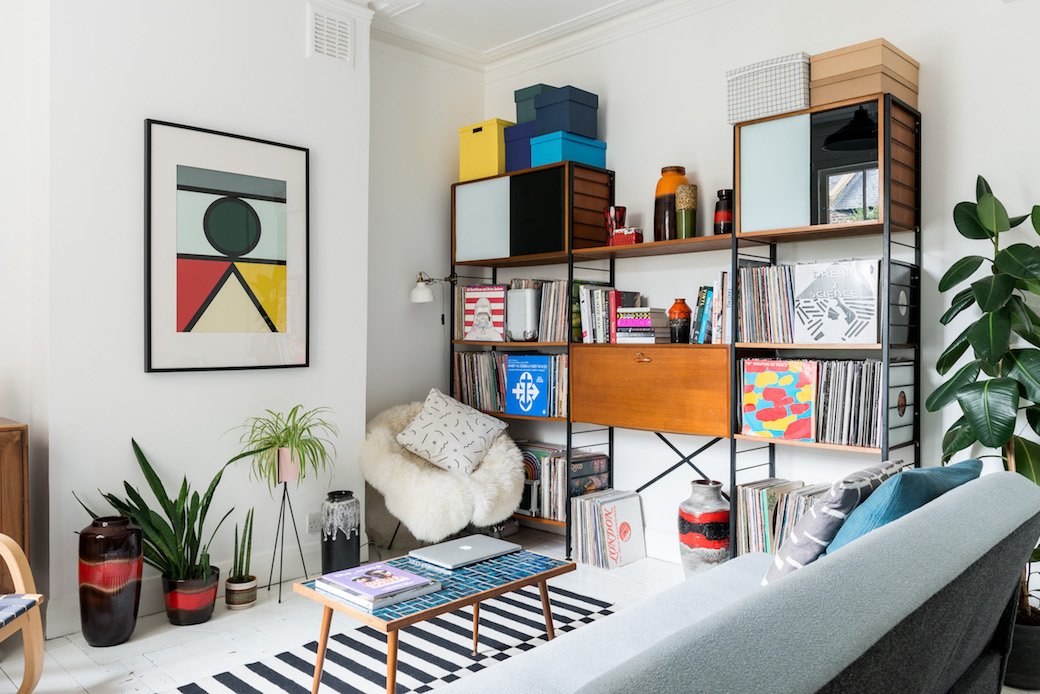 This garden flat has now been sold through The Modern House; see the listing here.