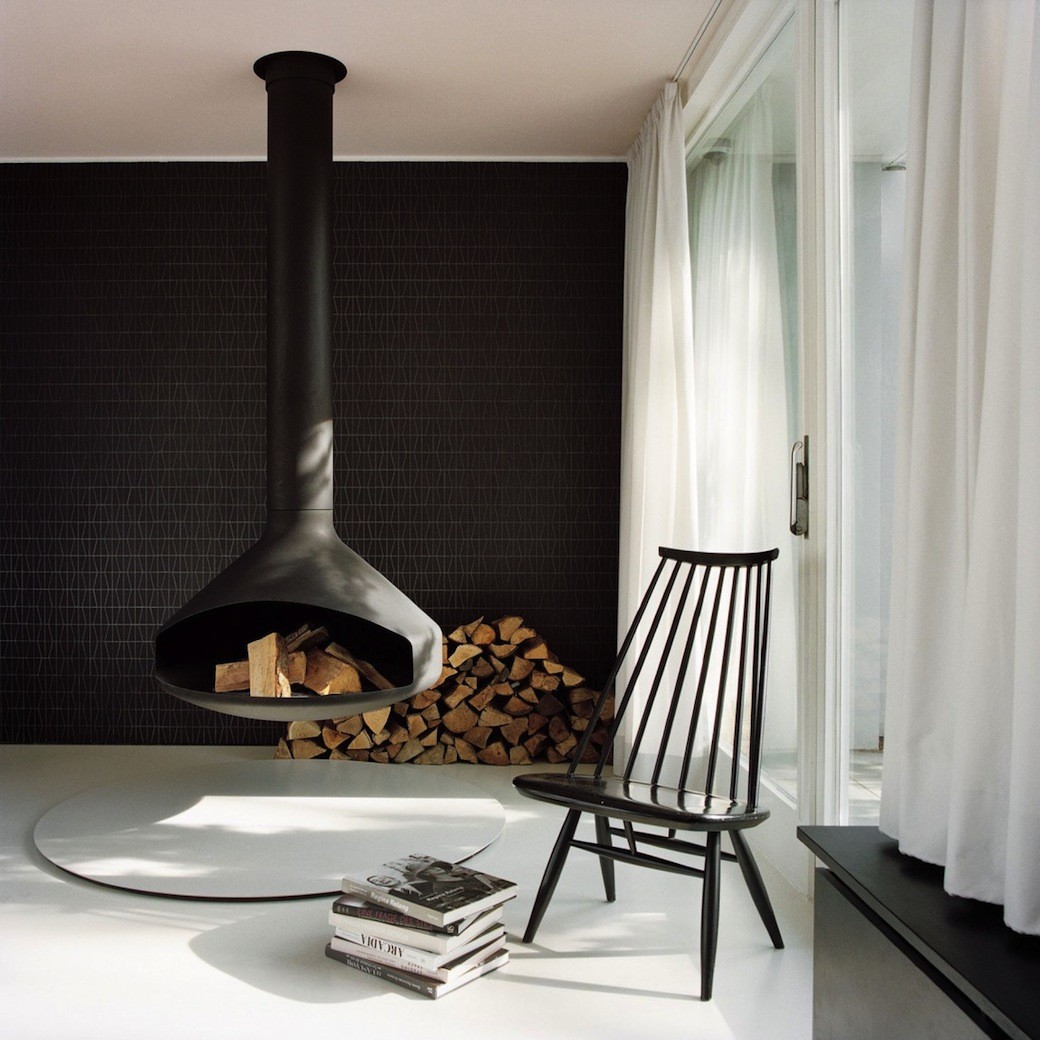 I first spotted this house a while back on Pinterest as the photo below kept popping up on my feed, and while I loved the style of this space I had no idea what the rest of the house looked like – until recently, that is, when Courtyard House was featured on HomeDSGN and I discovered that this striking living space is part of a renovated and redesigned midcentury house.

Courtyard House is located in the Berlin neighbourhood of Hansaviertel and was redesigned in 2012 by bfs d. The house is one of five courtyard properties that were built by architect Eduard Ludwig for the International Building Exhibition INTERBAU 1957. 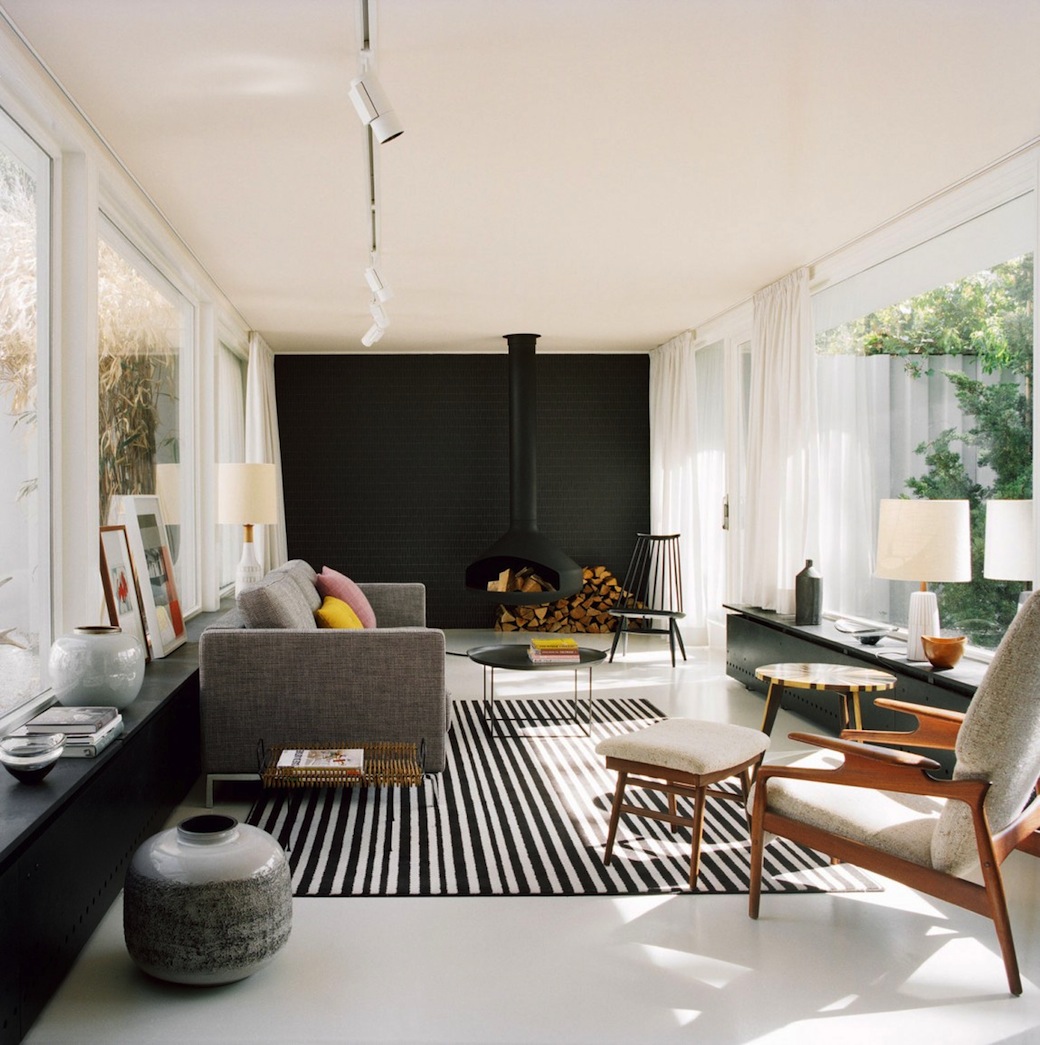 One of the key design features of this complex was the inward-looking orientation of the main living area in each house, which have views onto the private garden spaces – courtyards surrounded by high walls that represented a new approach to living in 1950s Berlin.

Naturally enough this particular house had been altered internally over the years, but during that process the interior had lost its original character. As bfs d have said, their challenge “was the careful negotiation of the tension created between the building’s preservation and the need for contemporary living space required by its owner.” 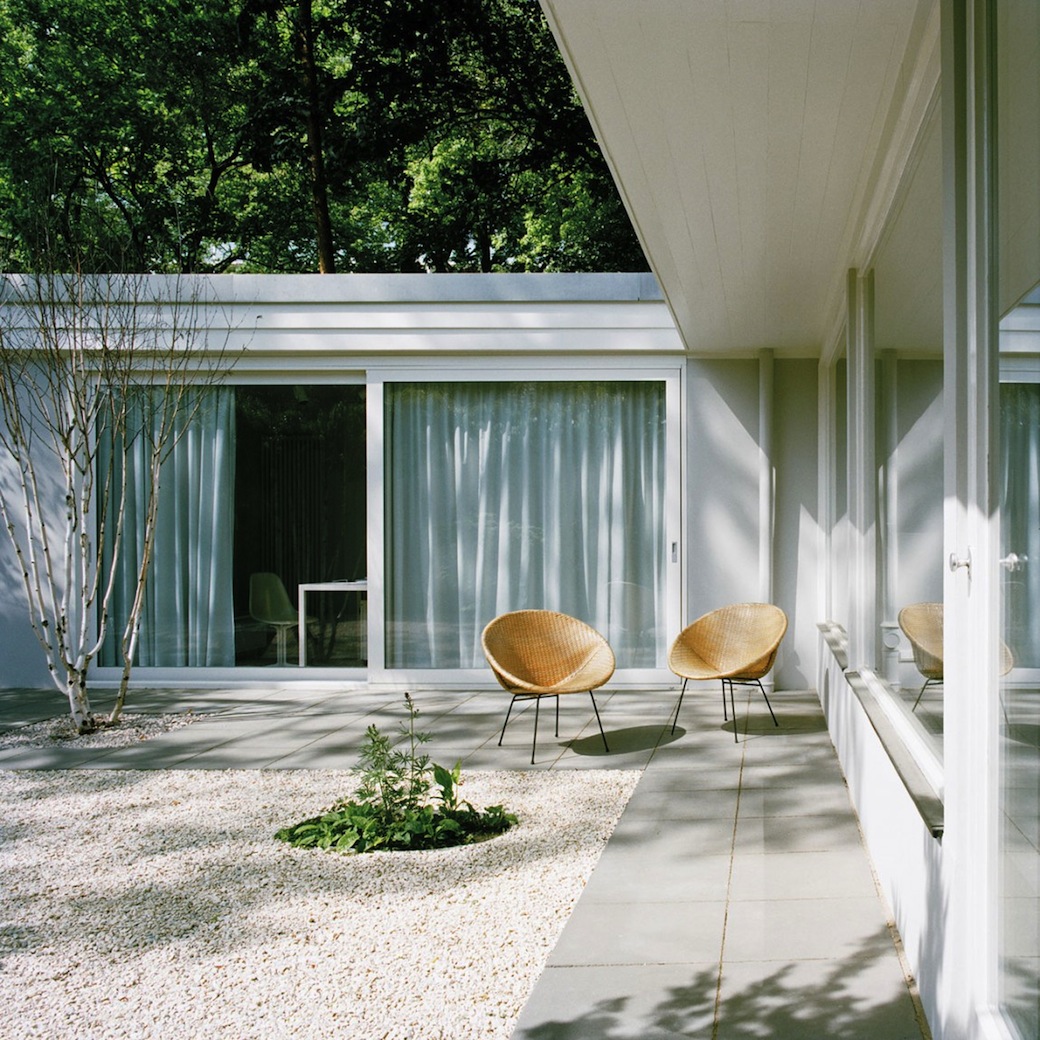 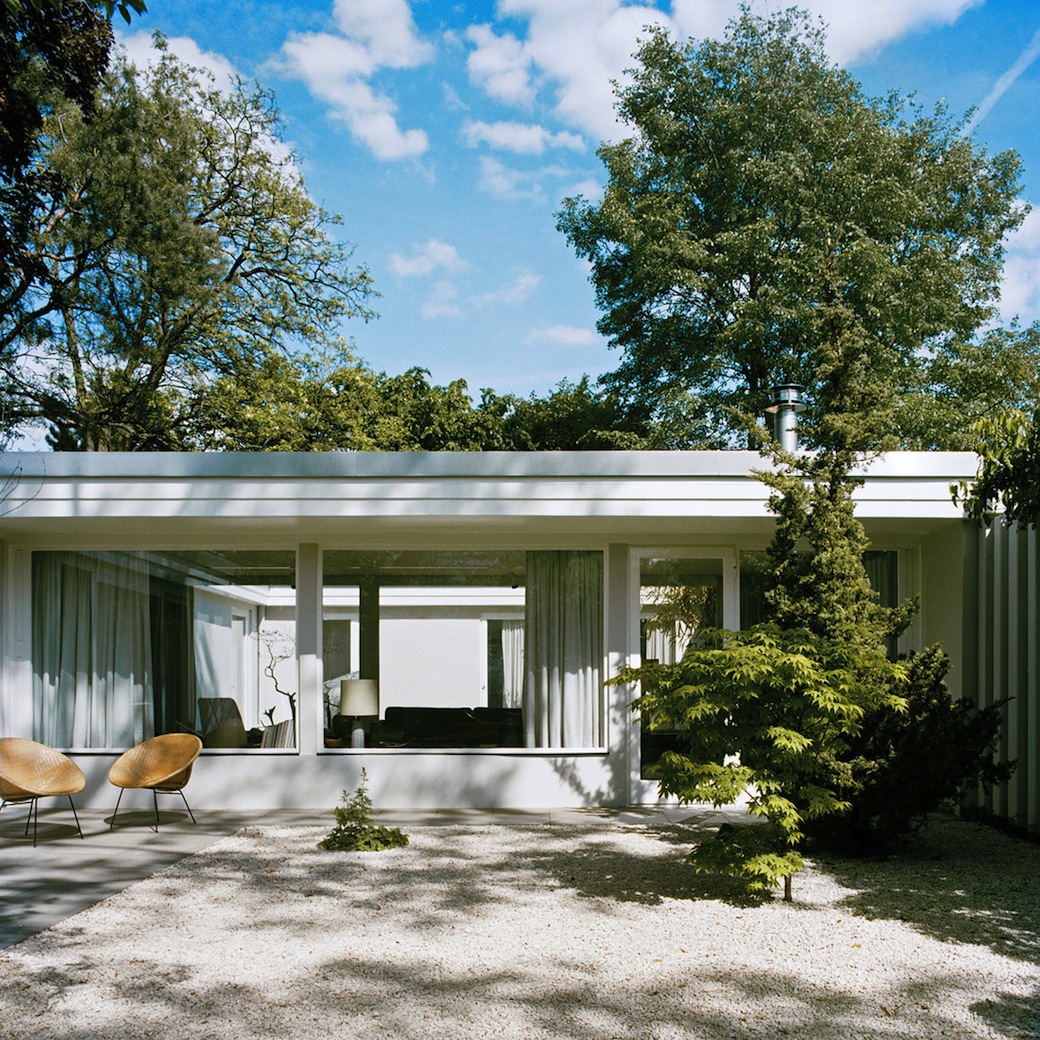 Original elements of the house were preserved and restored while the out-of-place 1970s and 1980s fittings were removed. A few changes were made to the layout: two smaller bedrooms were combined to create a new master bedroom; the bathroom and walk-in shower were extended to make these areas work in a contemporary scale; and – crucially – the kitchen was opened up towards the dining area to create a more social and flowing space. 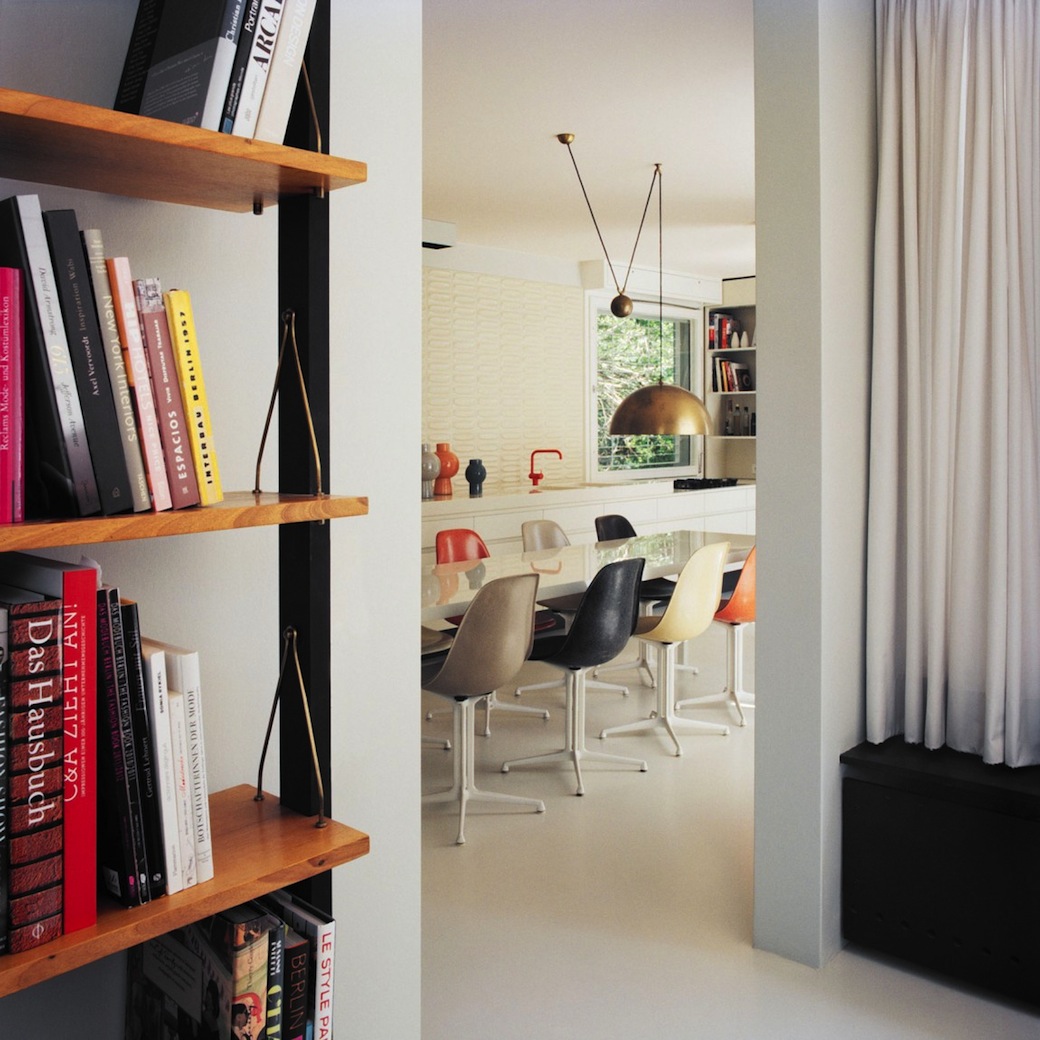 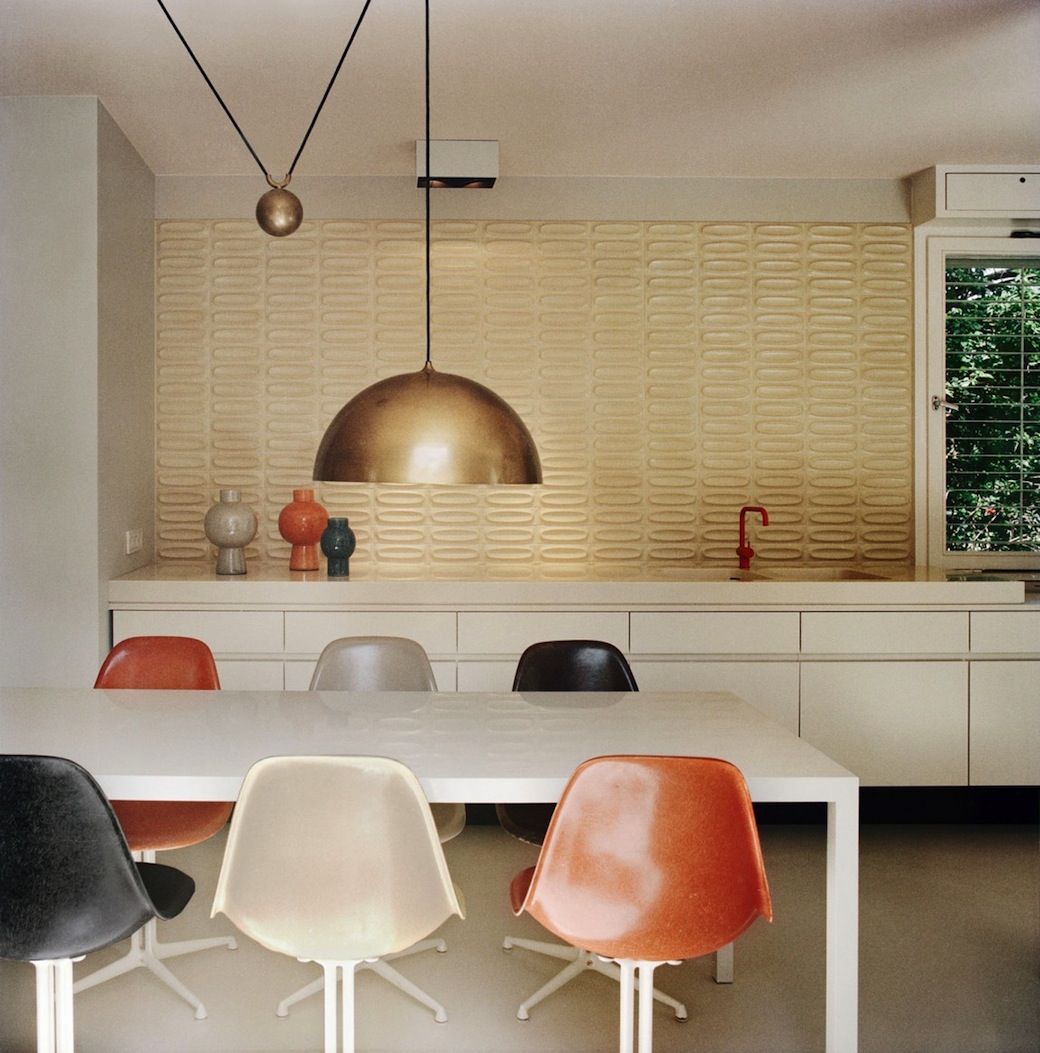 I particularly like the use of smooth and sleek finishes here, from the grey-white floor finish that look so striking against the black patterned wall in the living area, to the ceramic tiles in the kitchen that give a subtle nod to the building’s age. Which is why this interior now works so well: the references are subtle as the overall aesthetic is contemporary, as is the indoor-outdoor flow of space and this concept of courtyard living.

See more photos of Courtyard House in the post on HomeDSGN. Photography by Annette Kisling via HomeDSGN.

Hello and welcome to Copperline. My name is Fiona Reid and this is my blog about exploring Scotland, along with posts about design and vegan living.