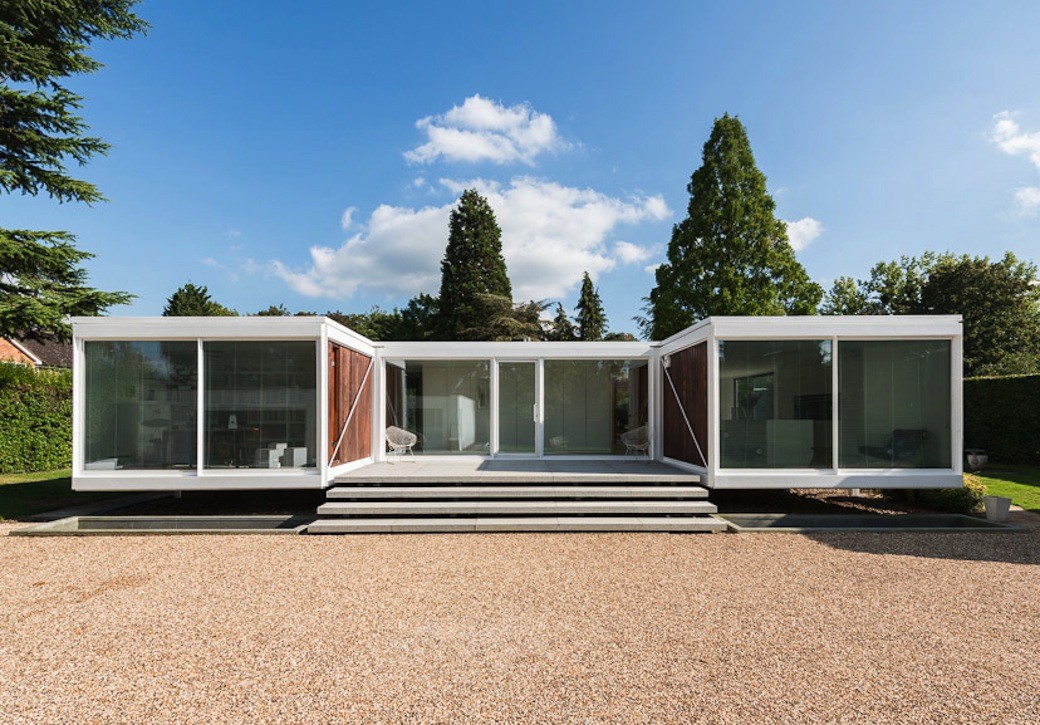 The Case Study houses that were built in California between 1945 and 1966 are some of the most admired and easily recognized houses of the 20th century, and include iconic buildings such as CSH#8, the Eames House, designed by Charles and Ray Eames, and CSH#22, the equally famous Stahl House designed by Pierre Koenig. The Case Study House program was conceived by Arts & Architecture magazine as low cost, experimental modern housing, and leading architects of the time including Richard Neutra and Craig Ellwood were invited to take part. 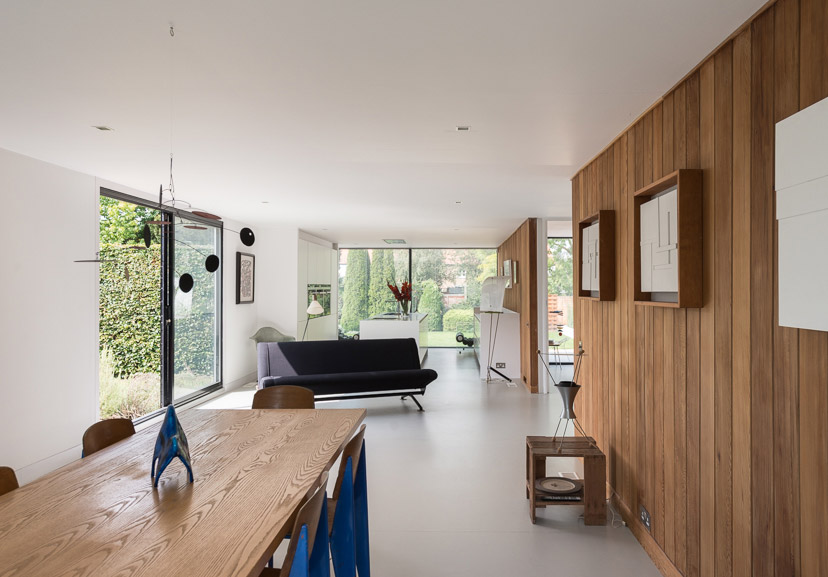 Little wonder that the resulting houses – including some designs that were never built – proved to be inspirational far outside California and indeed the States. This house in the village of Holyport in Berkshire is one of three that were designed in the late 1960s by the architects Peter Foggo and David Thomas, and the use of steel frame, glass and wood construction echoes the style of the Case Study houses.

The Holyport houses were an early project for Foggo and Thomas, who joined forces over a shared passion for the work of Mies van der Rohe, and who went on to become directors at the renowned Arup Associates and later to establish their own successful practices.

Forty-plus years on, this house still looks as contemporary as it must have on the day it was completed, and credit goes to the current owners, who have refurbished and extended the house, including a new roof, insulation and double glazing throughout, along with Marmoleum flooring (a great choice in this context) and underfloor heating. A garage/studio building was also constructed and has been detailed to sit sympathetically alongside the house. 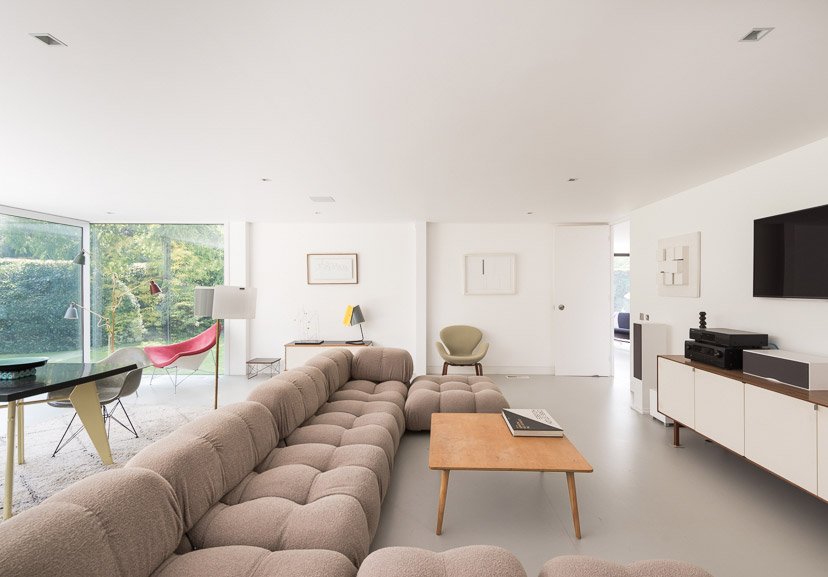 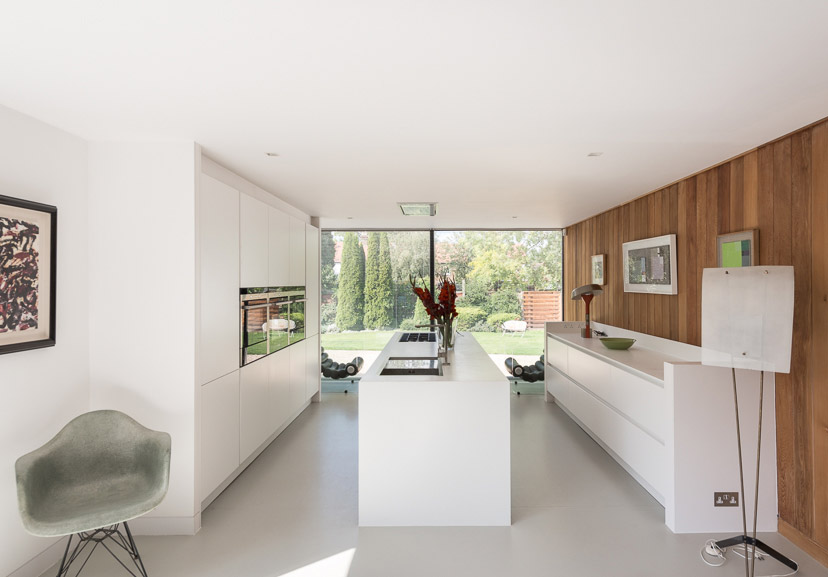 In the flow of the internal spaces and the sense of inter-connection, this house couldn’t feel more modern. I particularly love the internal wood panelled walls, and the warmth this finish adds to the interior. The open plan living area includes a super-sleek Italian kitchen and a dining space, while the main living area overlooks the garden. 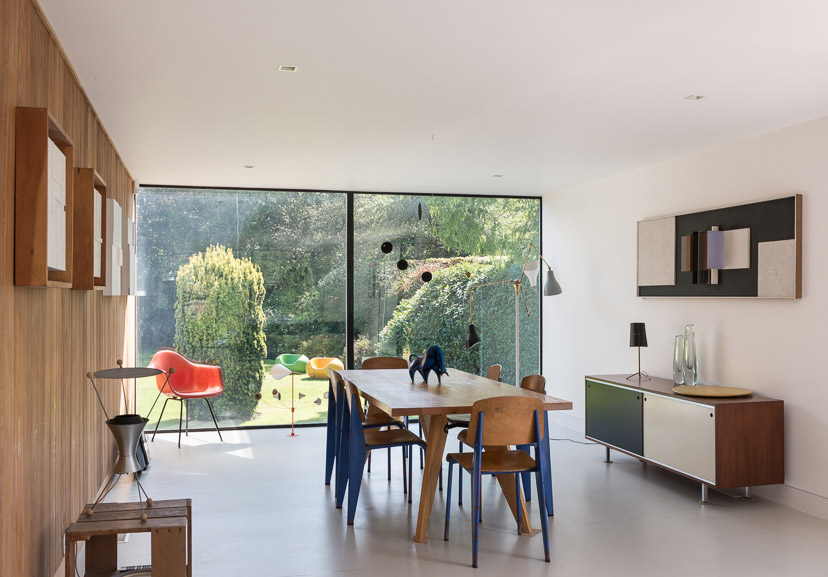 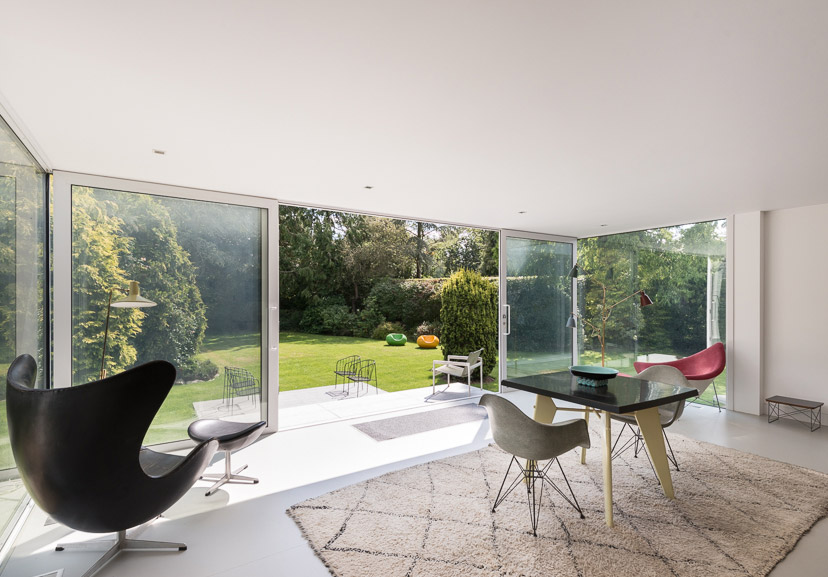 One side of the property forms a bedroom wing, with four bedrooms, and the main bedroom again overlooks the garden with floor-to-ceiling minimally-framed glazing. 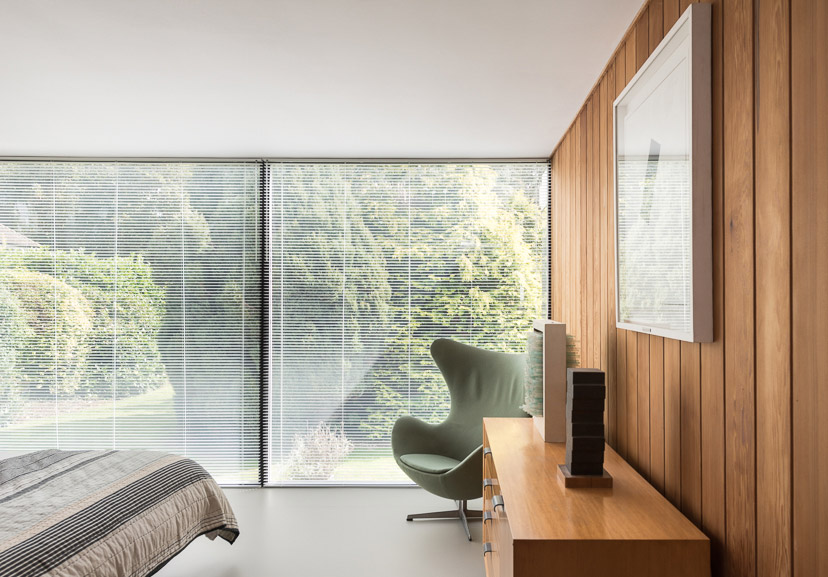 Notably, the owners have also furnished their home with pieces that reflect the period, including furniture by Jean Prouvé, Charles and Ray Eames, and Arne Jacobsen, creating a harmony between the architecture and the interior. 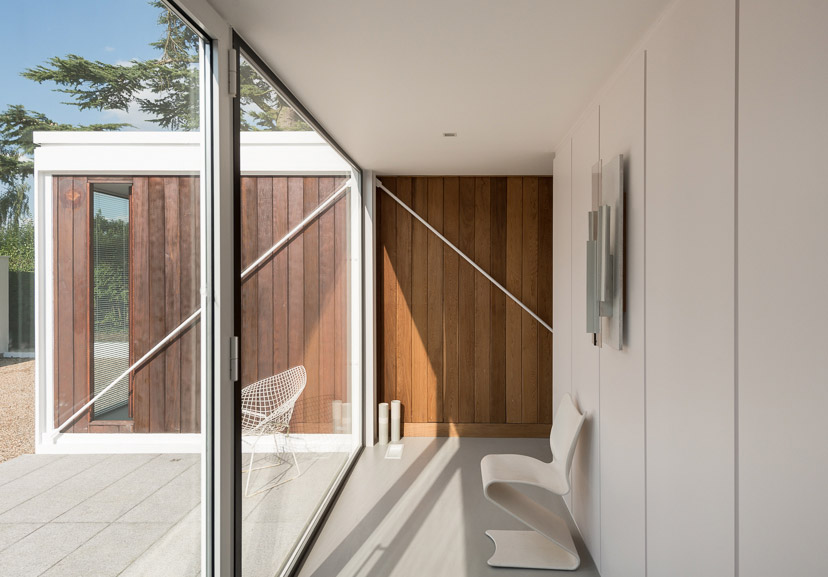 This house demands a sympathetic approach, without being slavish to the period – cue the Corian worktops in the kitchen and the Vola and Boffi fittings in the bathroom and shower room. What an exciting, great looking house.