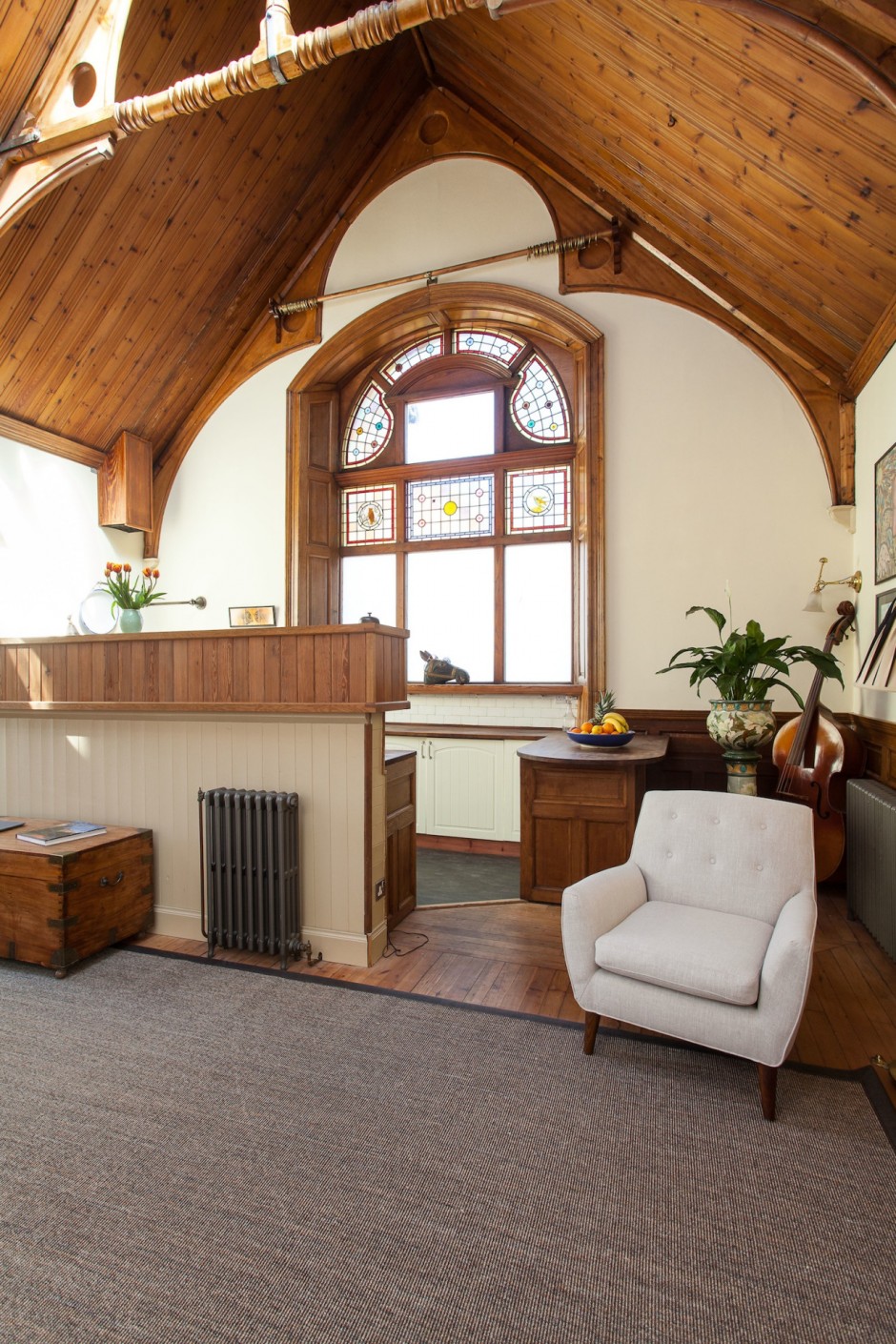 Over the years, I’ve seen some very interesting houses in Portobello. The historic Rock Cottage, situated on the eastern fringes of Joppa, was an early favourite. Originally a salt factory dating back to 1590, the house had been renovated by a couple of architects when I visited back in 2006, and its original rustic period character was blended with open plan living spaces and a garden designed by Diarmuid Gavin.

Then a few years ago there was a former studio space in the heart of Portobello that had been redesigned by Icosis Architects to create an open plan home – a home that, had there been any way of raising the funds to buy it, I’d currently be living in. I still look back on that property and think, if only… And there was the Japanese House designed by Konishi Gaffney, which remains one of my favourite houses, period. So yes, head just 3 miles east of Edinburgh’s city centre and Portobello has some hidden gems. 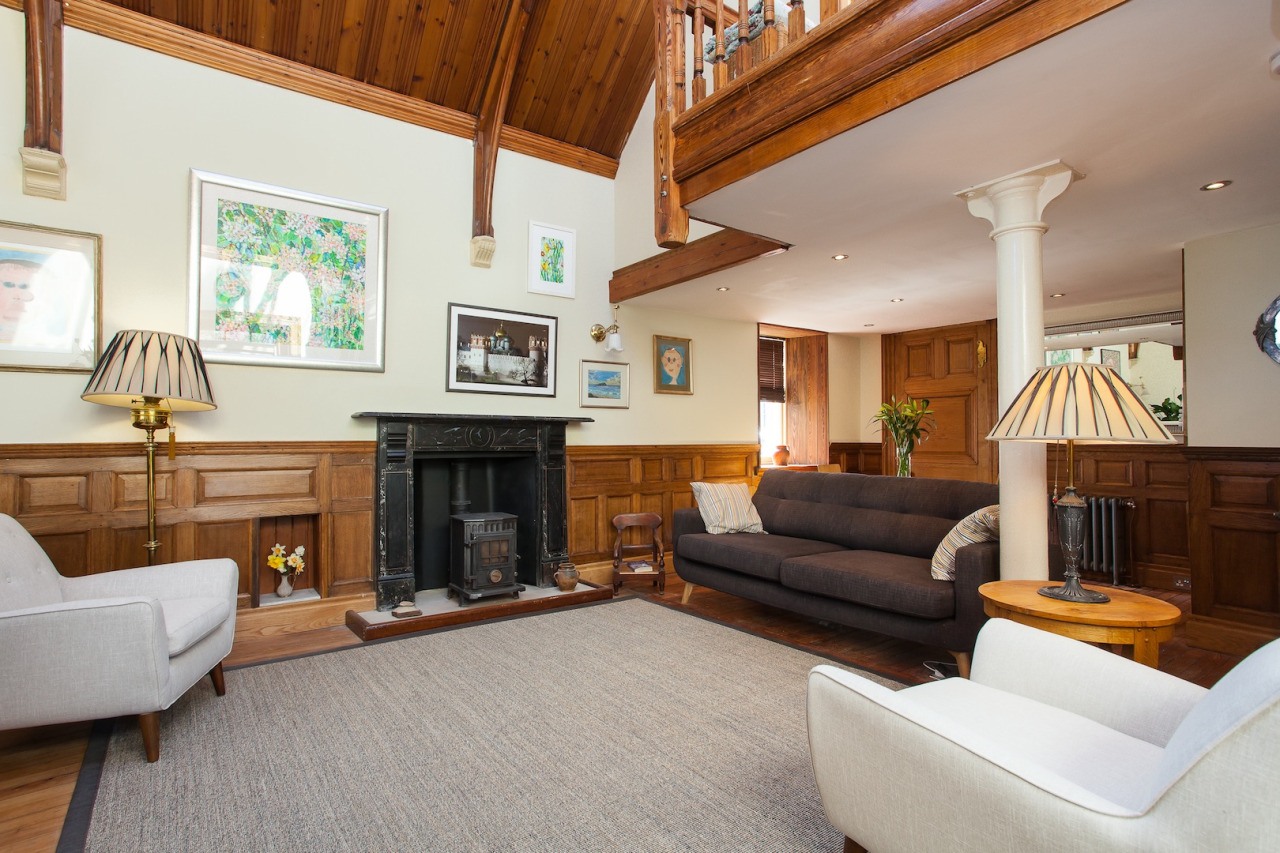 Which brings me to this property on Bedford Terrace in Joppa, which is one of the most unusual and distinctive houses you’ll find in the area. We all view houses with our own specific (or dream) criteria in mind, don’t we? For me, it comes down to a combination of factors: a house that feels individual; that offers some open plan living space and a walled garden, no matter the size; that’s close to the sea; and that either offers a space that could become a yoga studio, or that has the potential to build one. (Well, you have to dream, right?)

And number 19 Bedford Terrace offers all of the above, and more, as this fantastically individual house – which includes an open plan living, dining and kitchen space on the ground level, with two bedrooms on the mezzanine above – is brimming with character, not to mention the fact that the house is just strolling distance from Portobello beach.

And it has an interesting history. The property dates from 1867 when it was designed as an adjunct to Beachborough Villa (now the Dalriada) at number 77 Promenade by the architect James Campbell Walker, who designed many notable buildings including Dunfermline Carnegie Library and Hawick Town Hall. Once known as Temple Hall Chapel, the building includes a large arched stained glass window, so it’s perfectly logical to imagine that this was once a chapel, only there’s no evidence that number 19 was ever used as a religious building. Rather, when considering the size and position of the rooflights, it appears to have been designed as a billiards hall for the main house. As for the stained glass window, look closer and the imagery isn’t biblical: one panel depicts a lark at sunrise, the other an owl at nightfall. 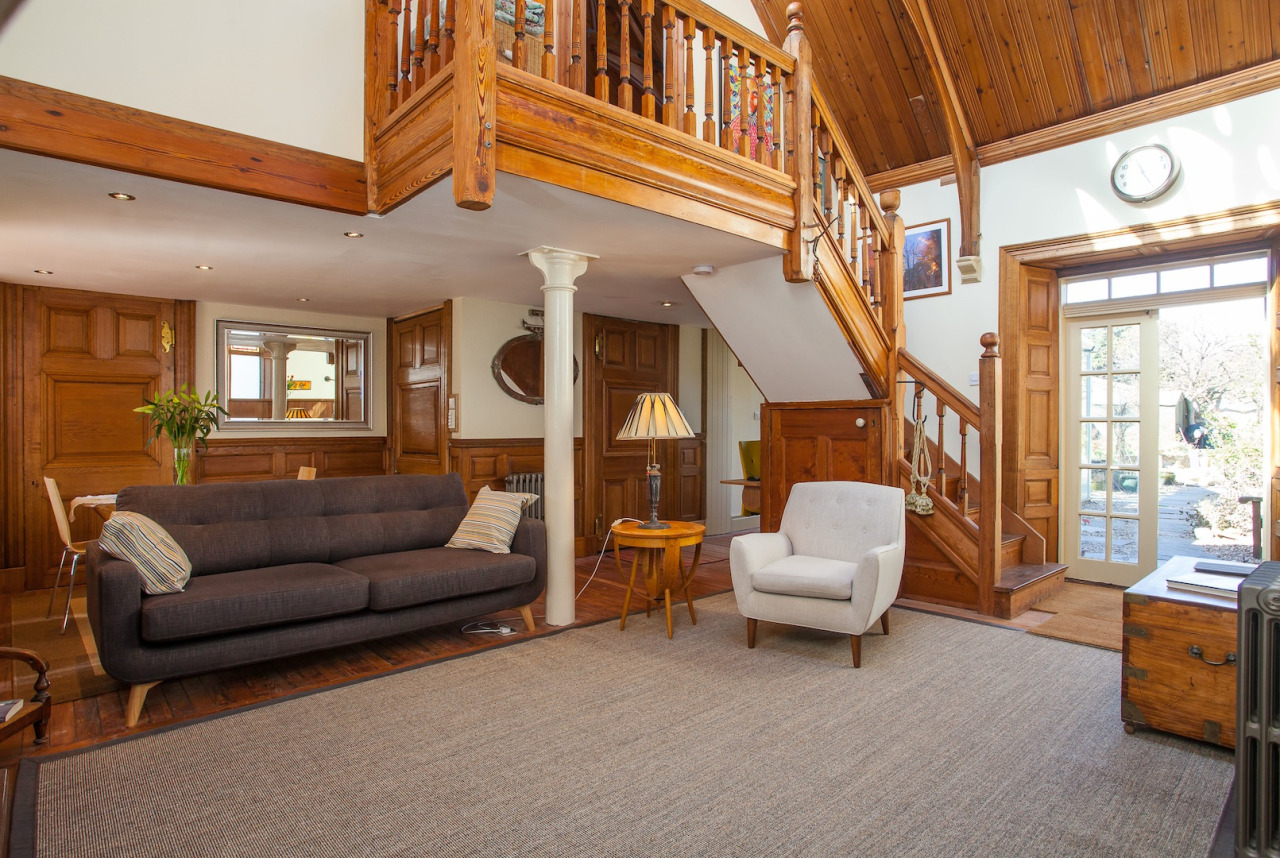 When Andy Sim arrived here 17 years ago with his two sons, Finlay and Herbie, he really was starting with a blank canvas – in recent years the building has been used both as a crèche and a dance studio. As he says: “We moved in and had a family tent. It was a building site. It took about three years to have rooms with doors on.”

Here, Andy and his wife Sheila – who is a professional plant and garden photographer – discuss the lengthy process of converting this building into a family home.

How did you come across this property, and what was it that attracted you initially?

Andy: I was living in Marchmont in Edinburgh at the time, and I used to cycle through Portobello on my way to work in Midlothian. One day I stopped at traffic lights just as the agent was putting the particulars for this property into his window. I popped round and met the owner quickly, and then came back to view the place later that day and put a bid in the next day, which the owner accepted. To be in the middle of town but to be able to hear the sea… I just fell in love with the place. 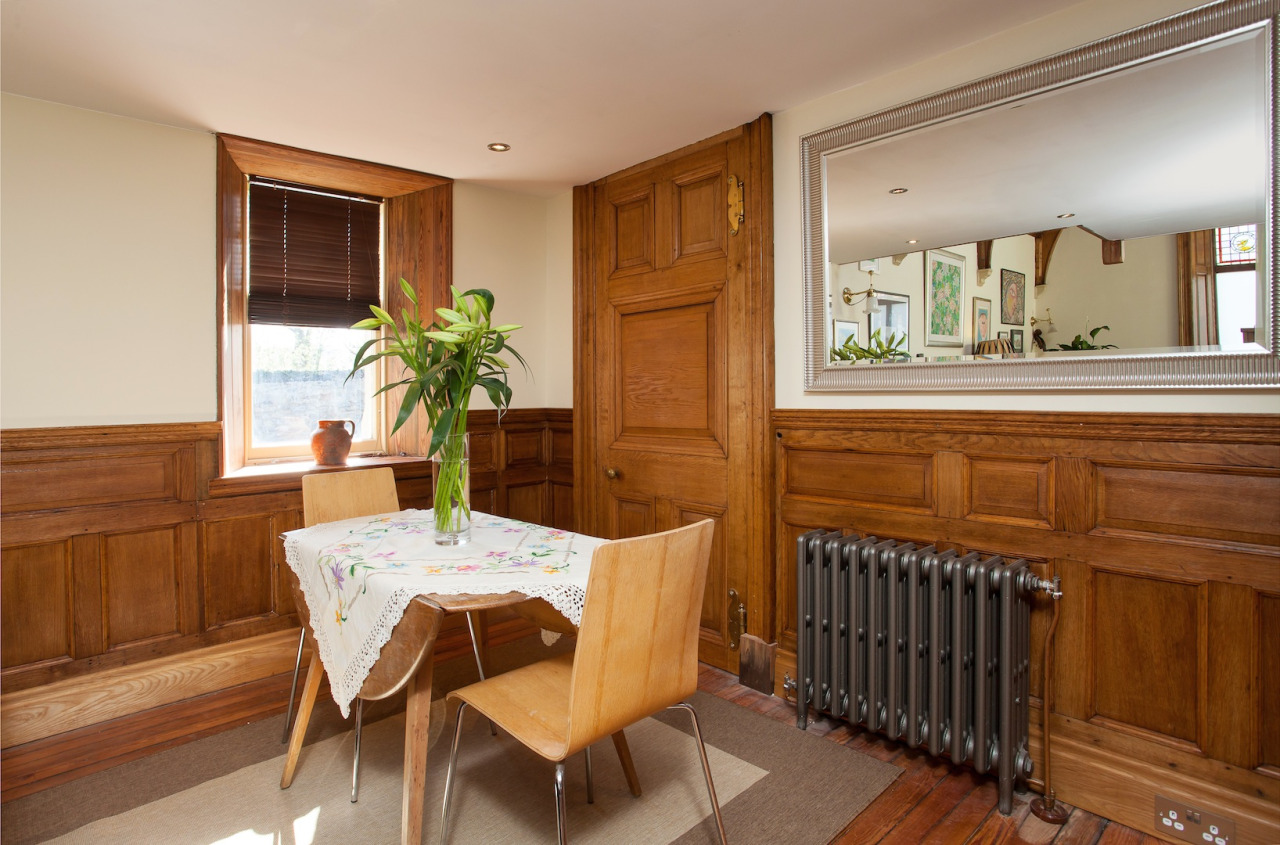 How did you go about the redesign, and did you work with an architect?

Andy: There was no architect – just me, and a friend who I’d squatted with years ago in London, and after we came up with the idea of adding the mezzanine level for the bedrooms, I brought in a structural engineer for advice. The building is B listed, but we had to comply with current building regulations when converting it into a house. Everything was stripped out – the floor came up, the ceiling came down, walls came down, and then we insulated, wired and plumbed the place, and put it all back together again as it was. I know every single piece of wood in here because I’ve taken it apart and put it all back in again.

Where did you gain the skills to tackle a project of this scale?

Andy: From my squatting days in London. I was involved in the renovation of Bonnington Square in south London, which became famous in the 1980s when the houses were due for demolition, but there were about 200 people squatting there and we set up a housing cooperative and renovated all the houses. That’s where I learned how to dig holes in the road to bring plumbing in as the council had cut everything off. We did a huge amount of work. I was also involved in setting up a community café there, and Bonnington Square Garden was created. 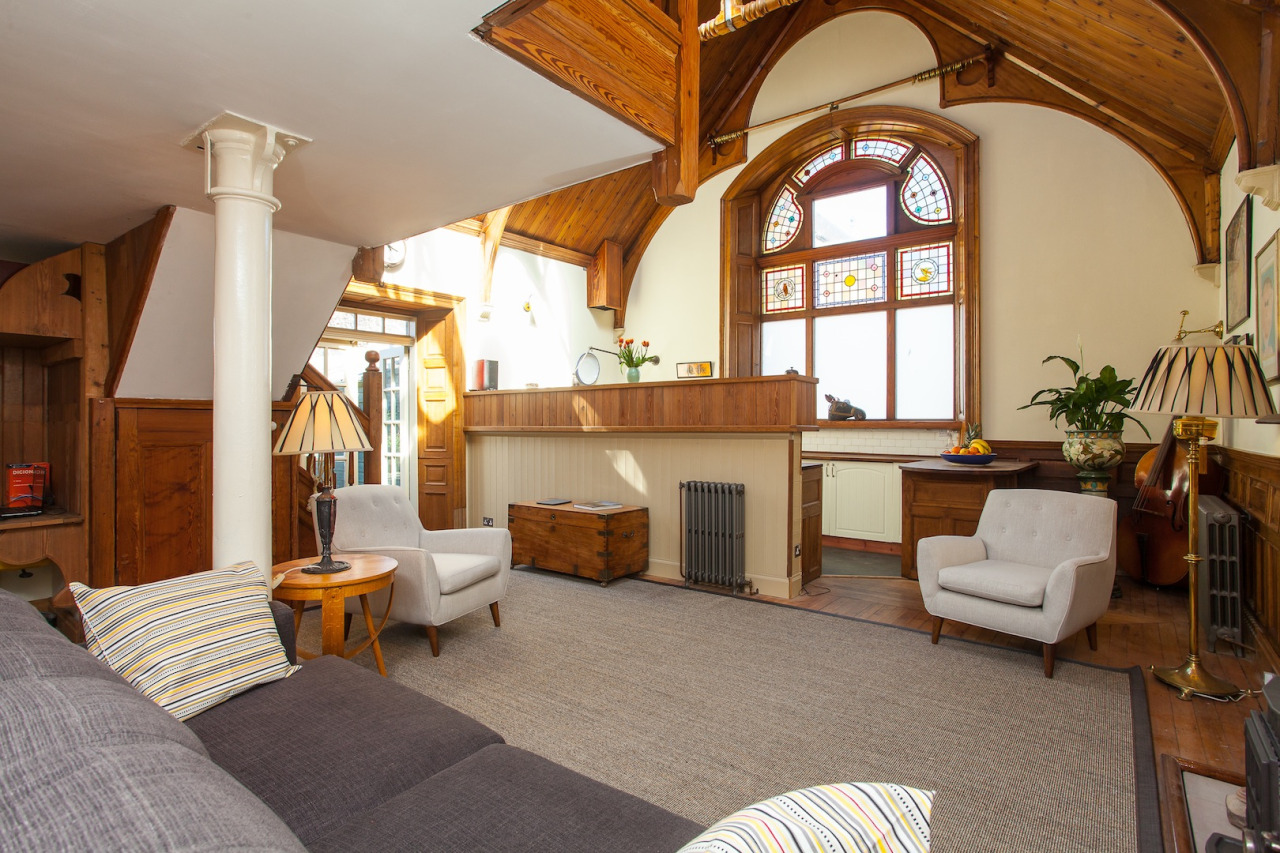 Where did you take your inspiration from when deciding how to approach this building?

Andy: For me it was about trying to reinstate the wood. There was such fantastic craftsmanship back in the 1860s to do this work, and I didn’t want to spoil that. When sourcing all the new timber and fittings, I tried to get everything from the same period. The upper level feels authentic because of the age of the wood. I sourced the timber for the mezzanine and the staircase from an architectural salvage yard in Glasgow. The supporting column originally came from a ship, and I found it in a maritime salvage yard in Fife. The tongue and groove panelling used on the partition for the kitchen came from a church, but I found it in a skip, and Finlay made the partition. All the traditional radiators came from architectural salvage as well.

How has the house evolved over the years?

Andy: At first there were three bedrooms, but when Herbie left home we knocked out the bedroom downstairs to extend the living space, and we’ve changed the bathroom and shifted the kitchen around. And we added the conservatory – now our dining room – which was designed and built by local craftsman Alex Taylor using local wood. 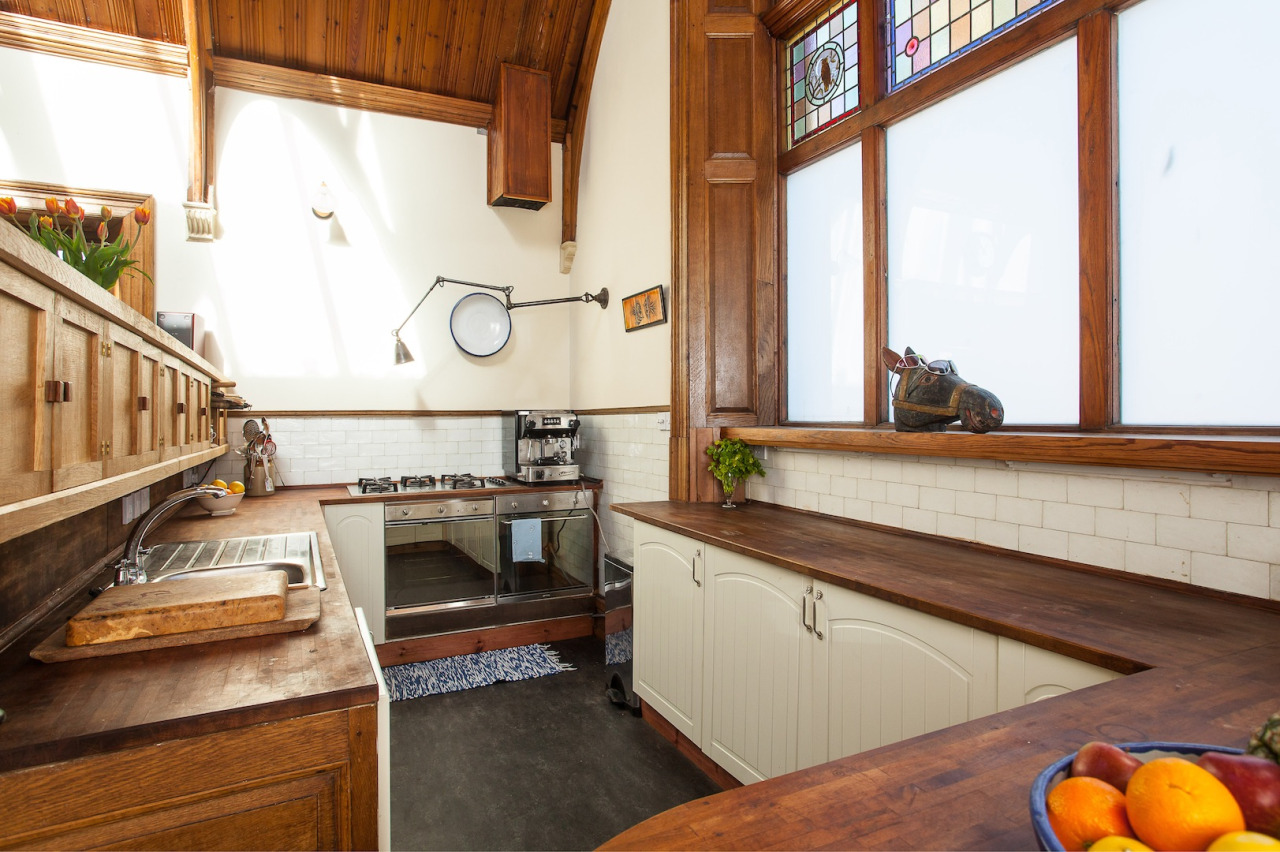 The garden is also a significant feature of this property – how did you go about creating this?

Sheila: When Andy bought the property, the previous owner held onto the garden, and it was six years before he got the chance to buy this. Adding the garden made a huge difference to the house. All this land once belonged to the Church of Scotland and many years ago this whole area was an orchard, and our large pear tree dates from that era (the pears make delicious juice). We used as much local stone as possible when building the curved walls in the garden, and I added two wide herbaceous borders which I’ve planted with masses of tulips for the spring and cottage-style plants for the summer, including roses, alchemilla, delphiniums, lavender and poppies.

As a plant and garden photographer, the garden often acts as my studio. I prefer cottage-style gardens, and it’s those kinds of plants that are thriving here. We also added a fire pit, which entertained Finlay and Herbie before they left home, and Andy is a beekeeper, so we have one hive at the back of the garden. 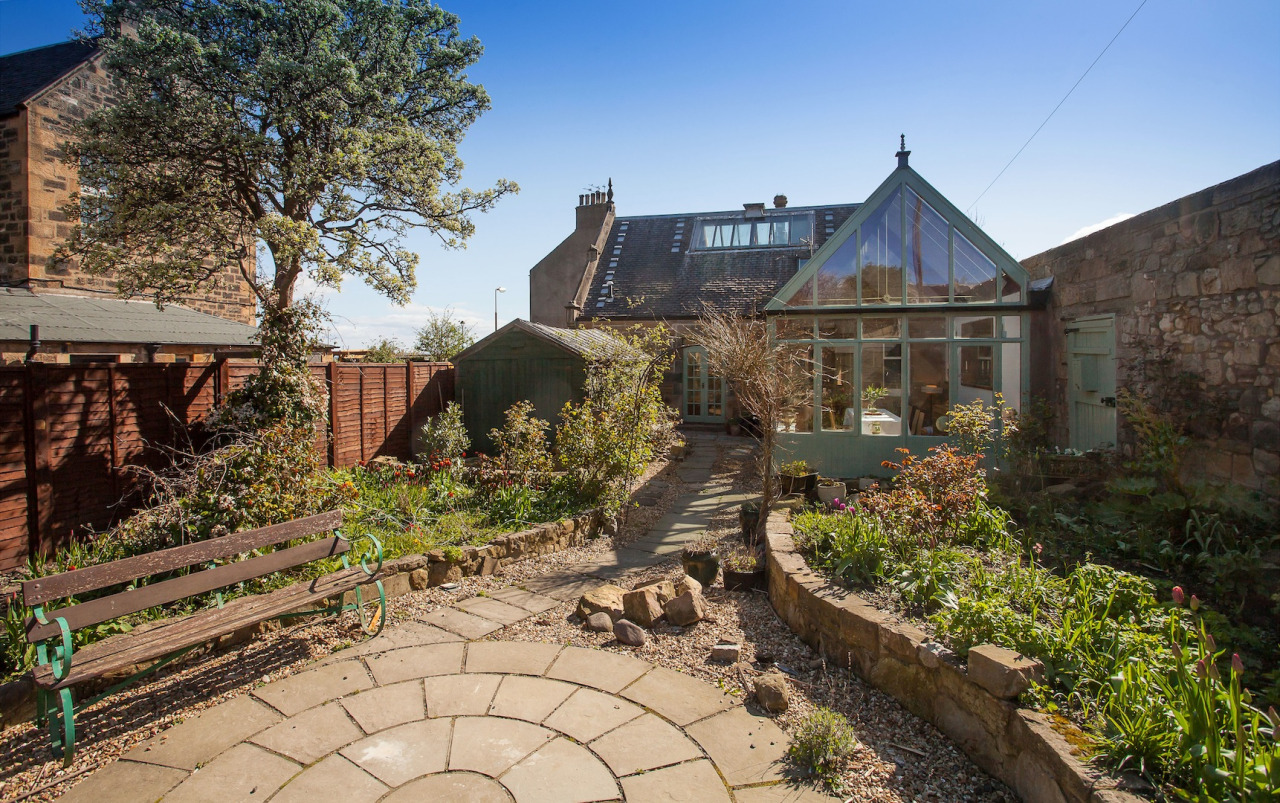 And there’s scope to extend the house?

Sheila: We recently obtained agreement in principle to extend the property along the southwest boundary – although anyone wishing to extend might prefer to do so along the northern boundary instead. If we hadn’t been moving, that was our next plan.

What will you miss in leaving?

Sheila: We’ve moving to another project in East Lothian, and we’ll be close to the sea again – we couldn’t imagine leaving here and not being close to the sea – but I’ll miss the garden. Most people think we’re absolutely crazy to move.

Andy: Everything. I’ll miss everything. 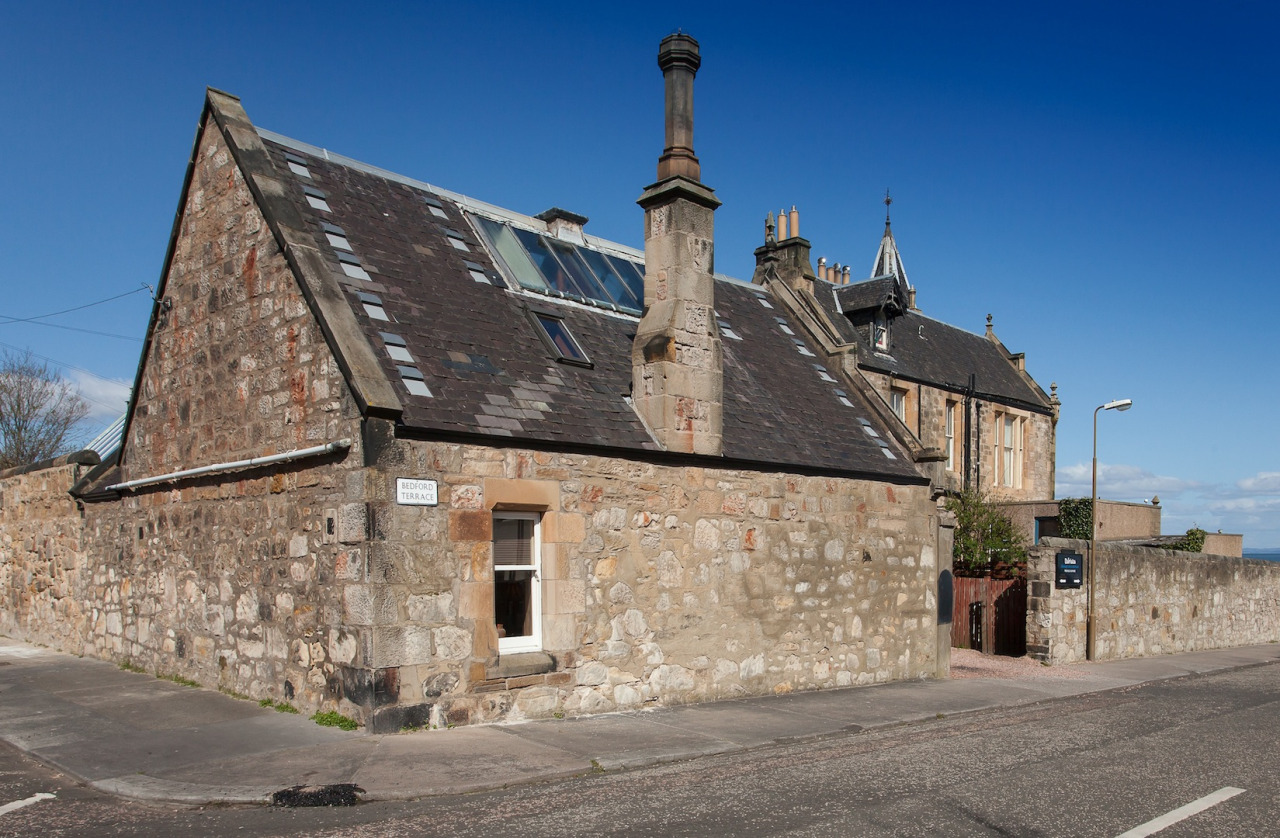 19 Bedford Terrace has been marketed by Simpson & Marwick.