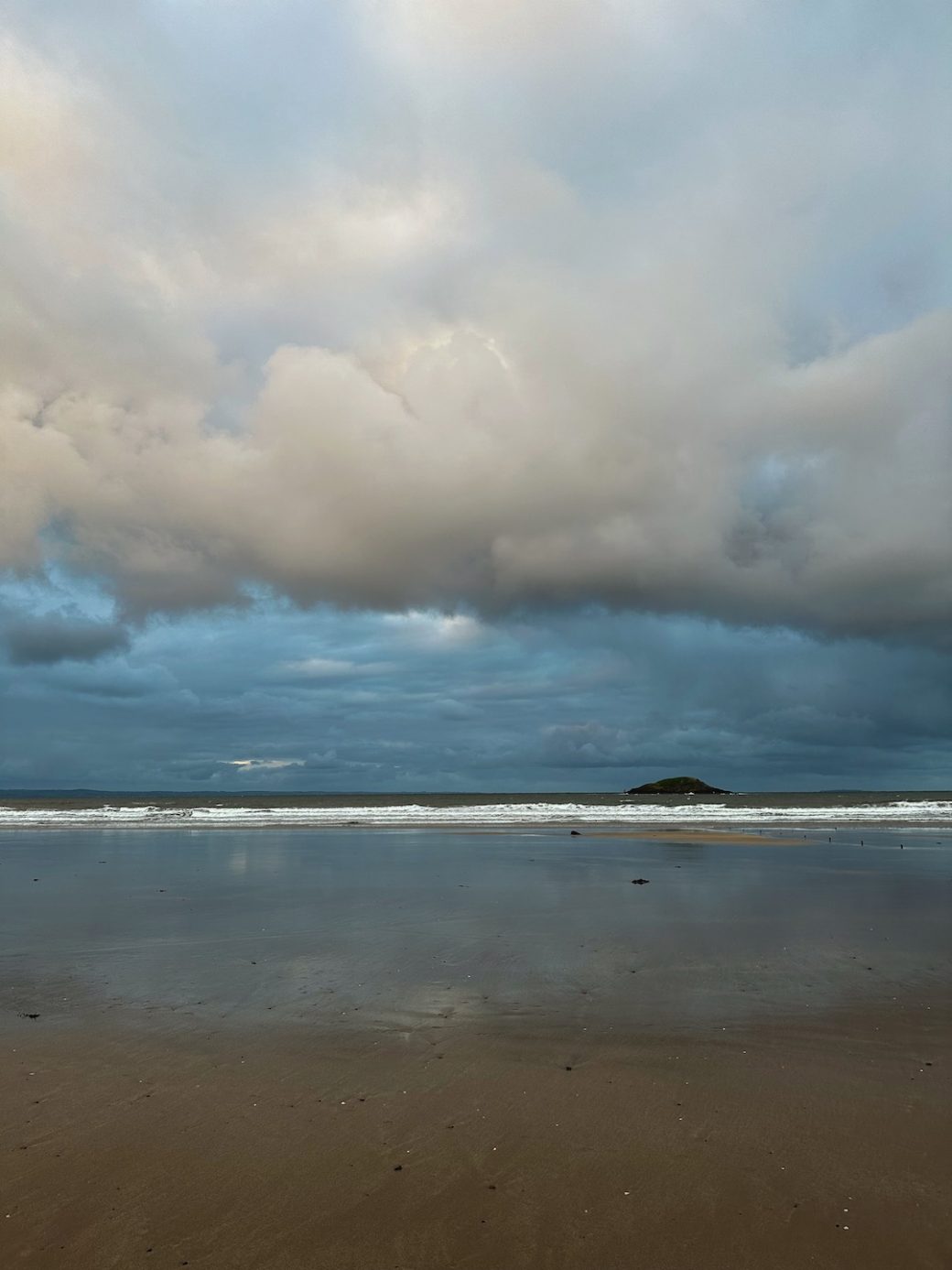 Just a few photos, as I was mostly taking videos on this walk on Sunday, plus it was so, so cold with the wind chill, my frozen hands had had enough after those videos. But I couldn’t resist sharing these skyscapes.

It was raining as we were driving down the coast. Often we’ll drive through the rain and reach John Muir or Yellowcraig to find a break in the weather, but on Sunday, looking north over the Forth, there was a dense blanket of rain awaiting us. So we parked on the edge of North Berwick, and walked across the golf course to the far end of Yellowcraig beach. And as we walked that first stretch towards the beach, the light shifted. It had stopped raining and suddenly, through the clouds, there was this wonderful blaze of light. While the light had faded by the time we reached the beach, there was just enough left to cast this subtle glow across the clouds. 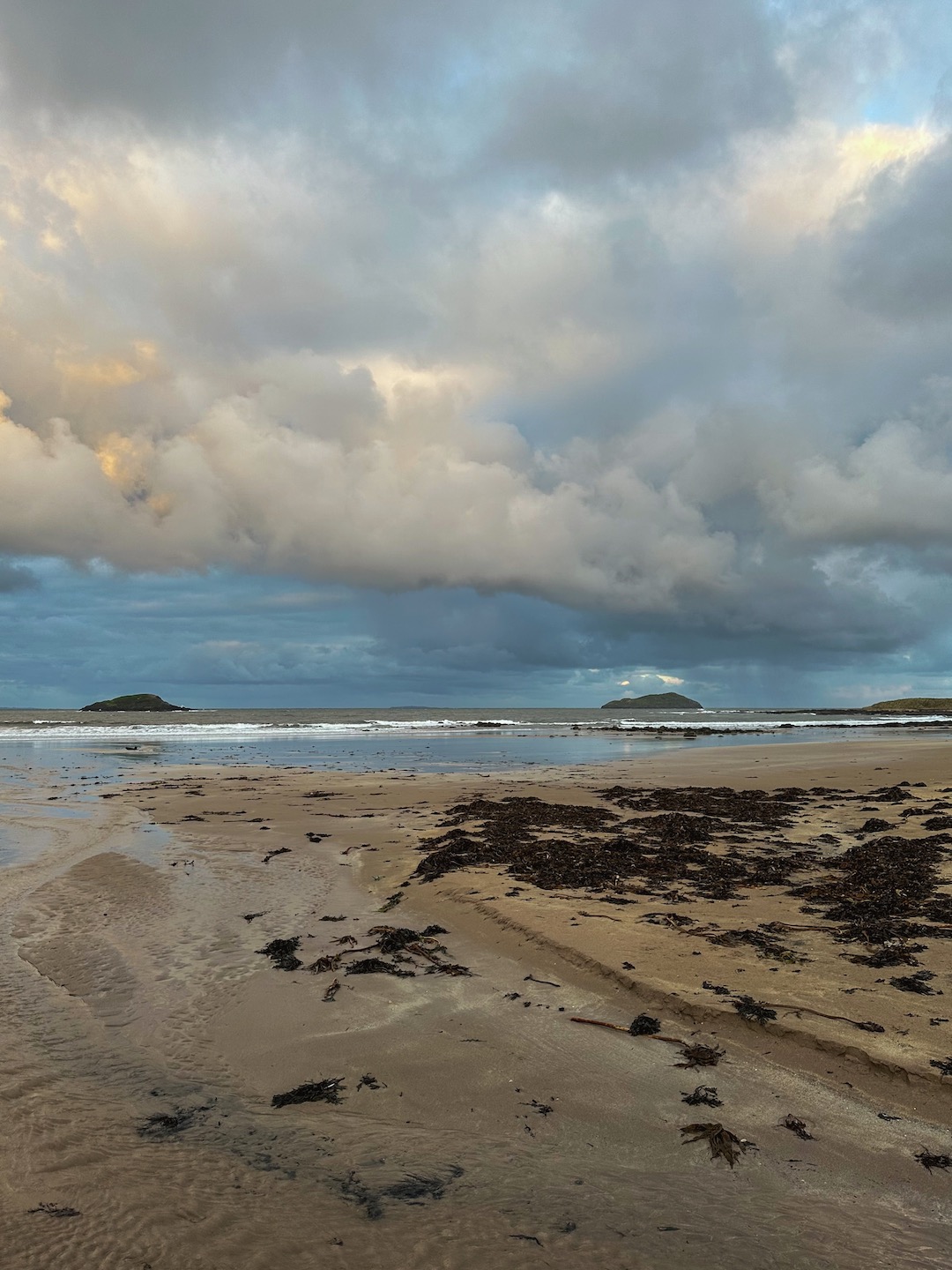 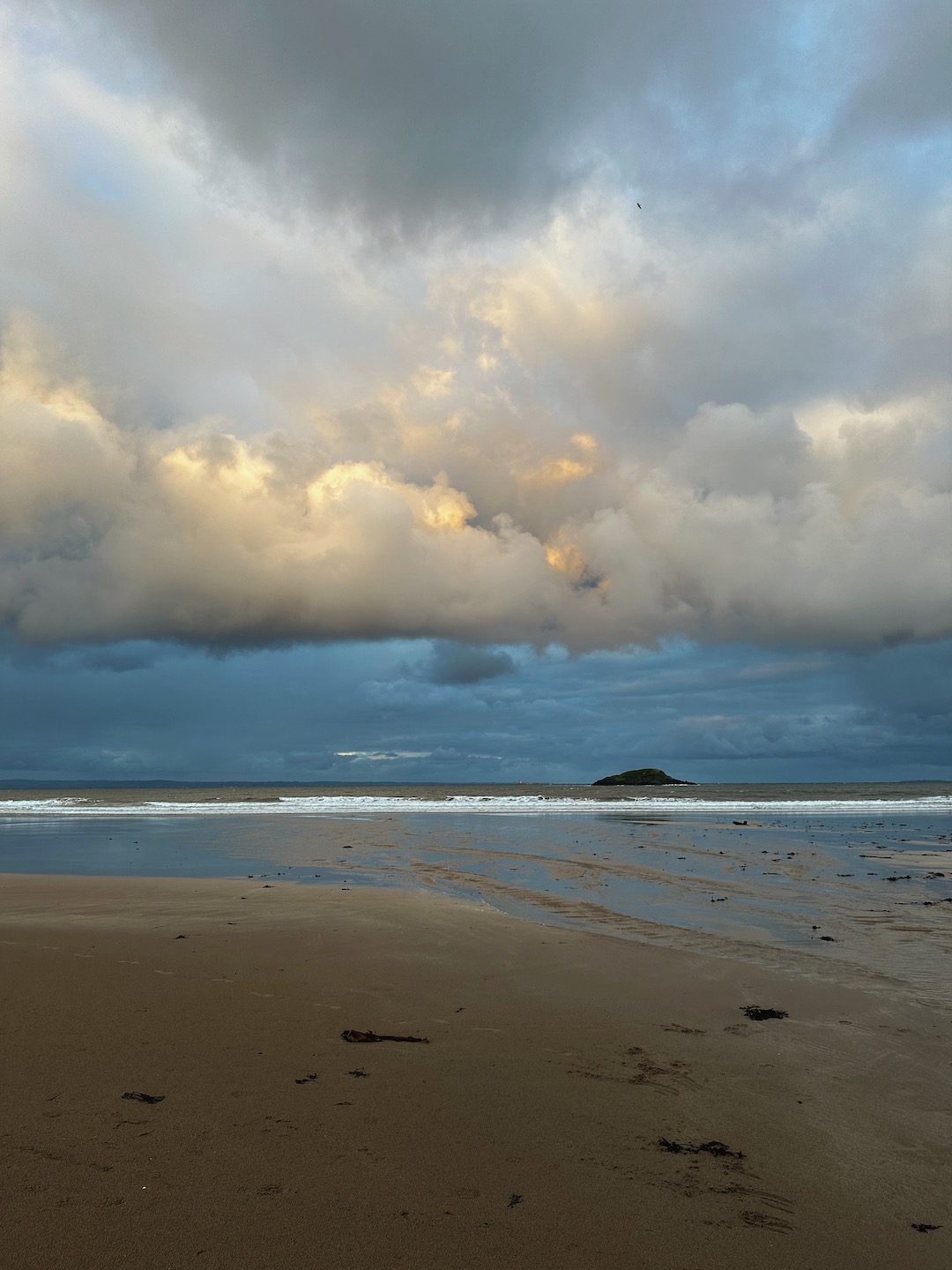 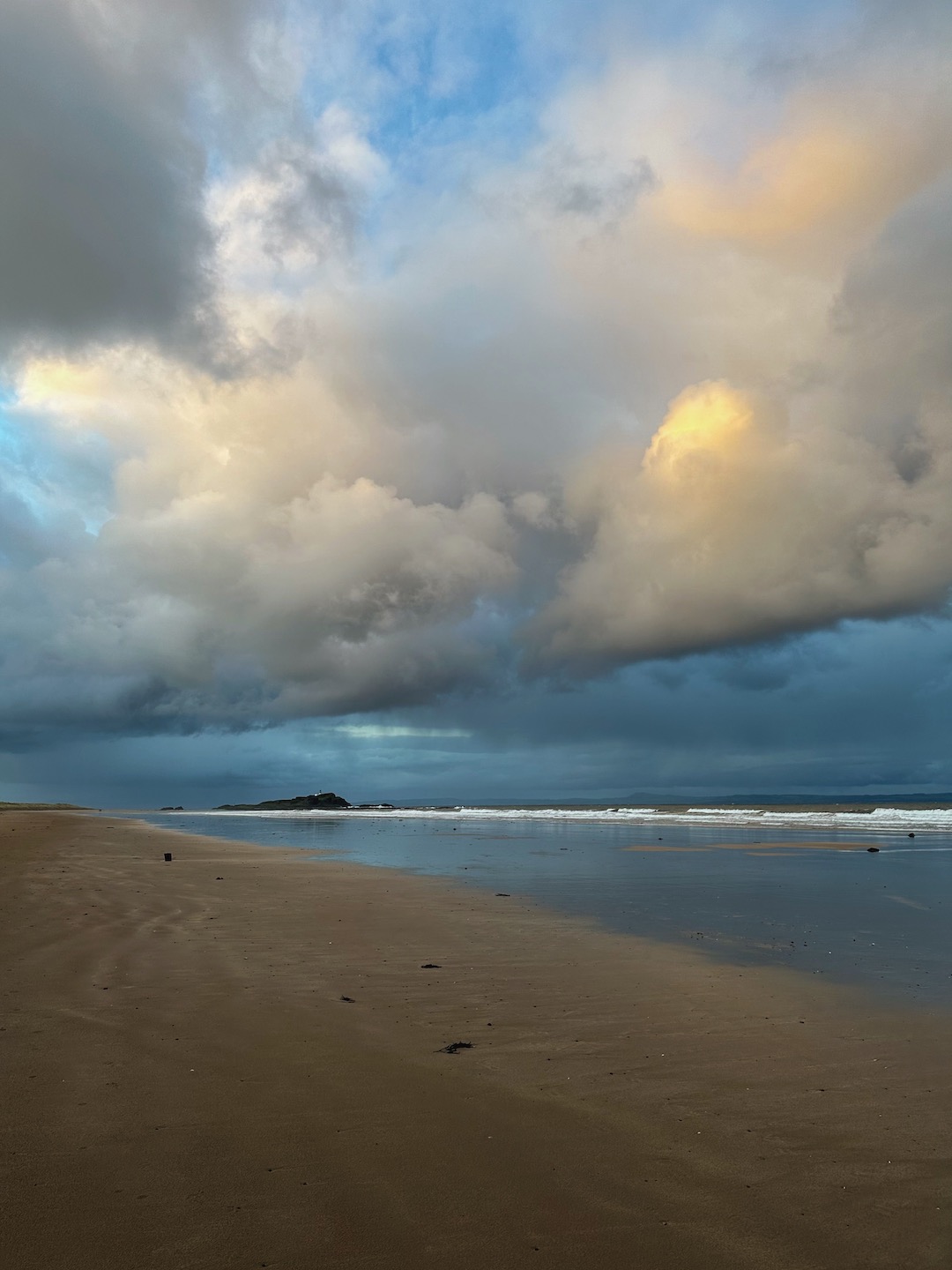 This was our coldest walk of this winter so far, which also explains this deserted beach. But I love these moments of wind and waves and cold. The light had almost gone by the time we headed up into the dunes –  to get a brief respite from the blasting wind before walking back along the beach – but there was still this tiny sliver of pink hovering in the distance.

Generally, this winter has felt dark and bleak so far. Dark because, well, it’s dark, and bleak because there’s been so much rain and we haven’t been outdoors enough. I’m constantly feeling frustrated by the lack of time spent outdoors. So these weekend moments, even the frozen ones, are greatly appreciated. 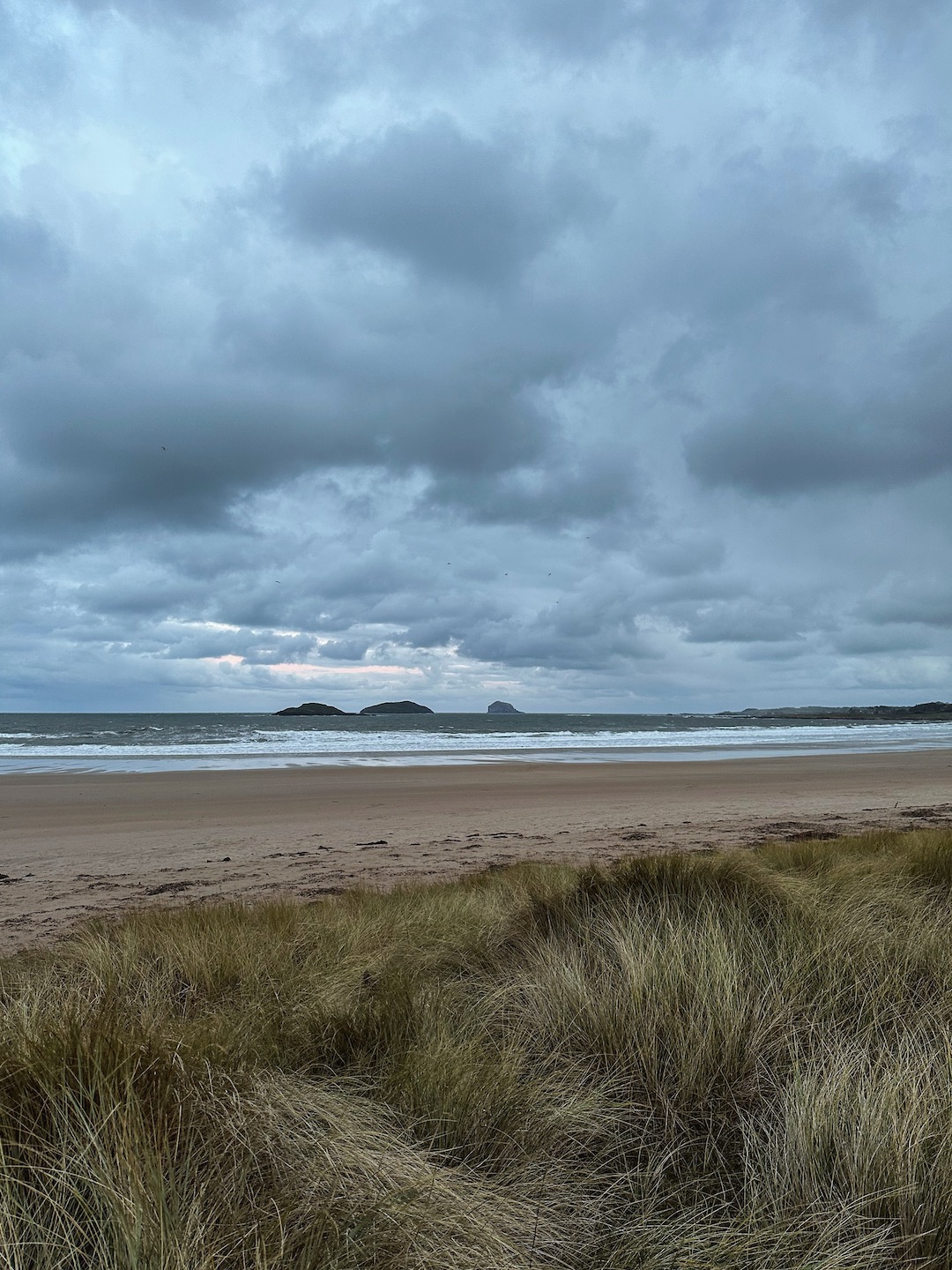 THE COLOUR OF WINTER