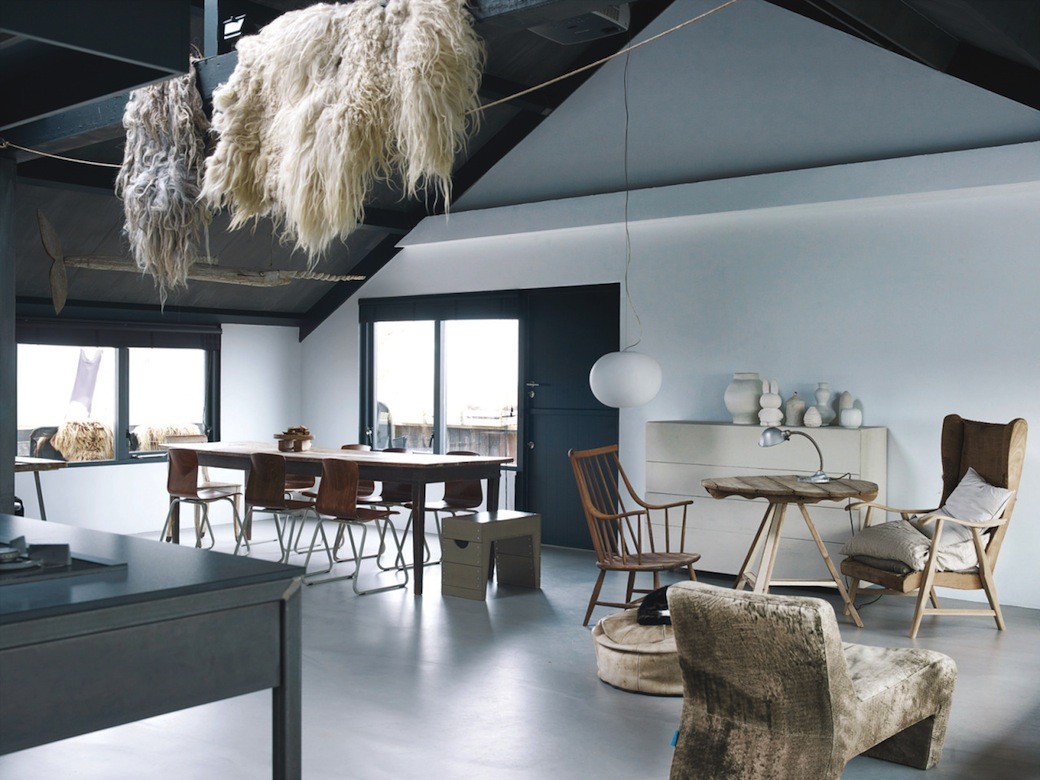 I’ve had this house in mind for a long time – these photos have been sitting in my ‘drafts’ folder on Tumblr since last year! I remember the article in Dwell that introduced me to this house in The Netherlands, and now realise that said article dates from July 2012. It’s a cliché but time really does fly!

But you can probably understand what drew me to this house from that first photo above – the volume, the open plan layout, that gorgeous grey-toned palette, and the interplay of textures all work together to create an interior that is both understated yet dynamic. 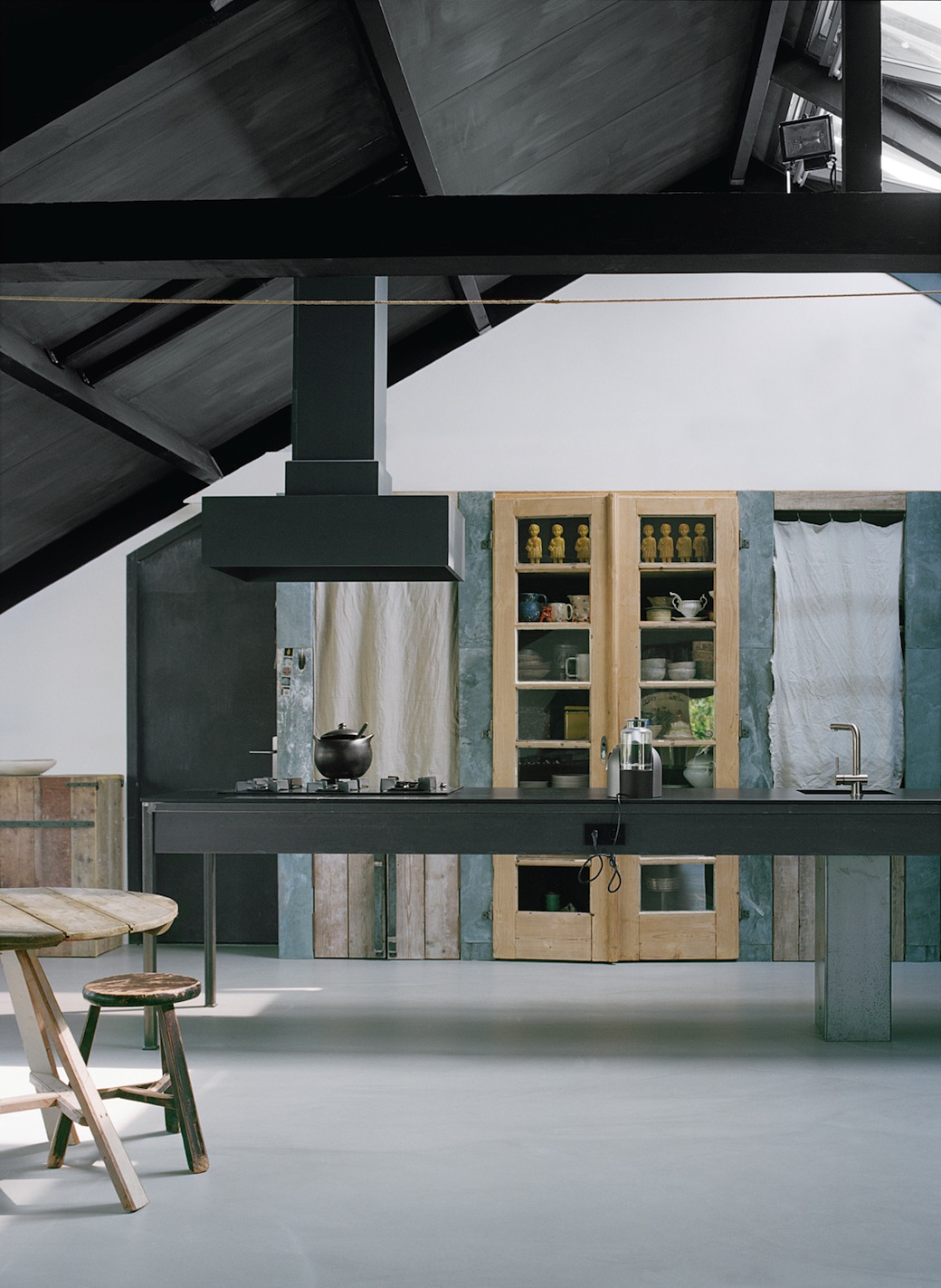 This is the family home of textile artist Paula Leen and Kees Middendorp (photographed by Hotze Eisma). The couple had initially rented this house in Akkrum, a village in the northern province of Friesland, for 16 years, and when they eventually bought the property they also renovated it, opening up the ceiling spaces to expose the rafters and create this incredible volume, and installing the radiant-heated concrete floor.

I love the simplicity of the kitchen above, and yet how this minimalist approach is counterbalanced by the rustic timber detailing to create a space that feels relaxed and lived in. The pantry was built from the original timber flooring that was here, combined with zinc that had formed the existing kitchen worktop. Leen commissioned a local ironsmith to make the elongated kitchen island. 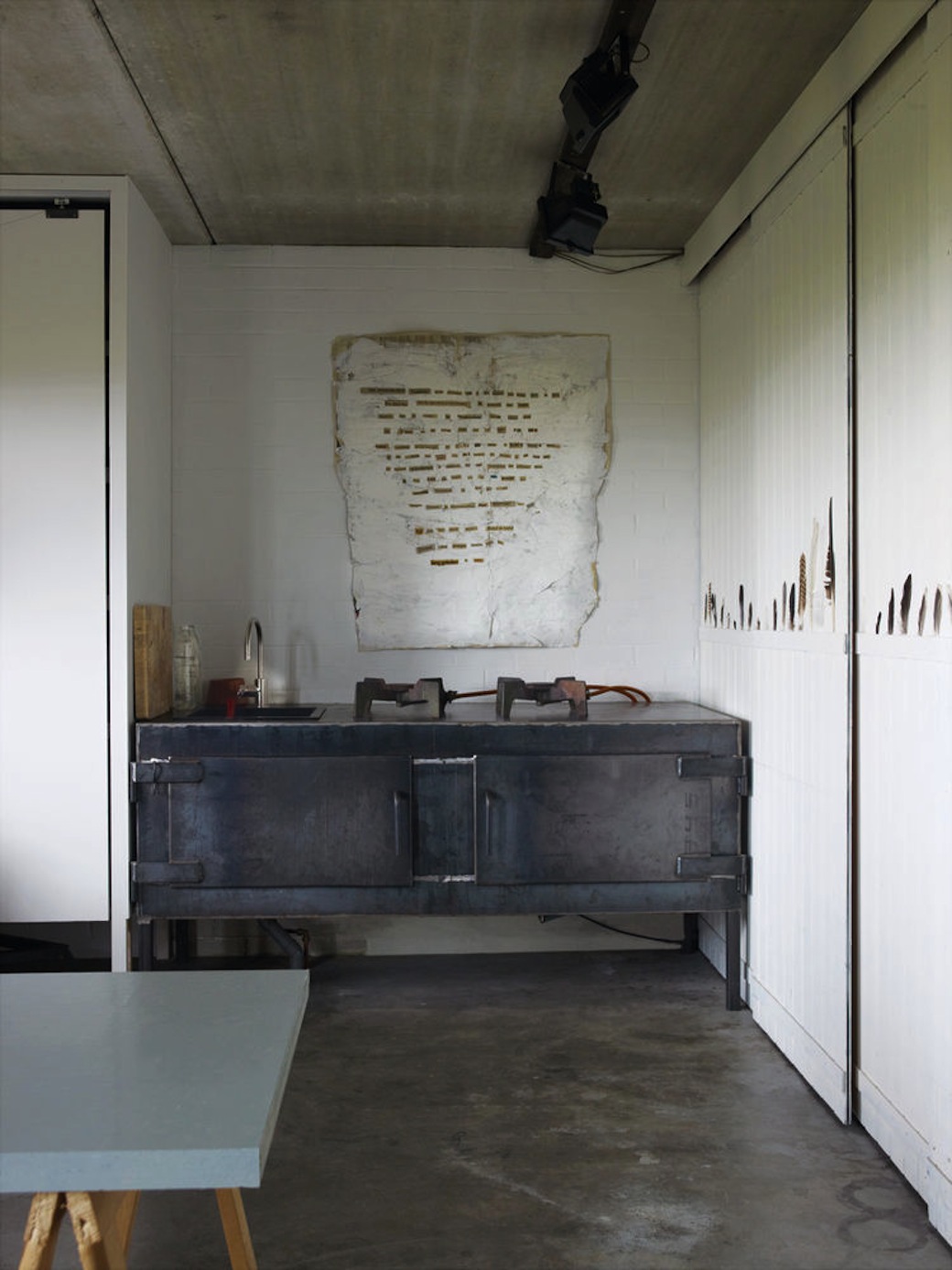 The interior has evolved over a period of years as furnishings were salvaged from flea markets, and the reclaimed wood, concrete and steel are offset by these textural elements, including Leen’s own textiles and found objects. Her studio is on the lower level of the house, which was formerly a tractor garage. Now it’s a calm space to think and create. In the Dwell article, Leen says of her home: “When you create a house from your soul, you don’t have to keep changing things.” I love that ethos. 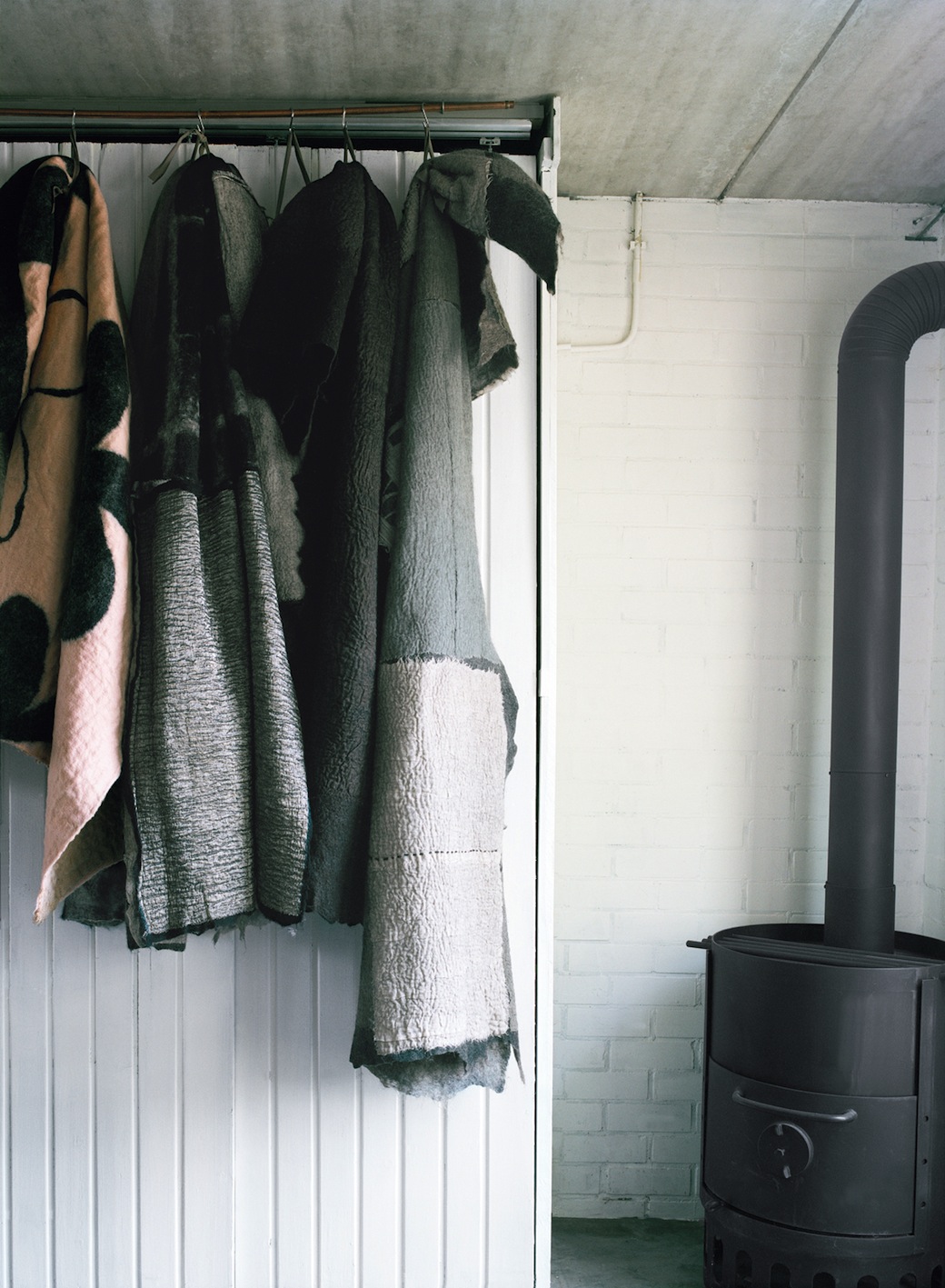 See the feature on Dwell. Photography by Hotze Eisma.