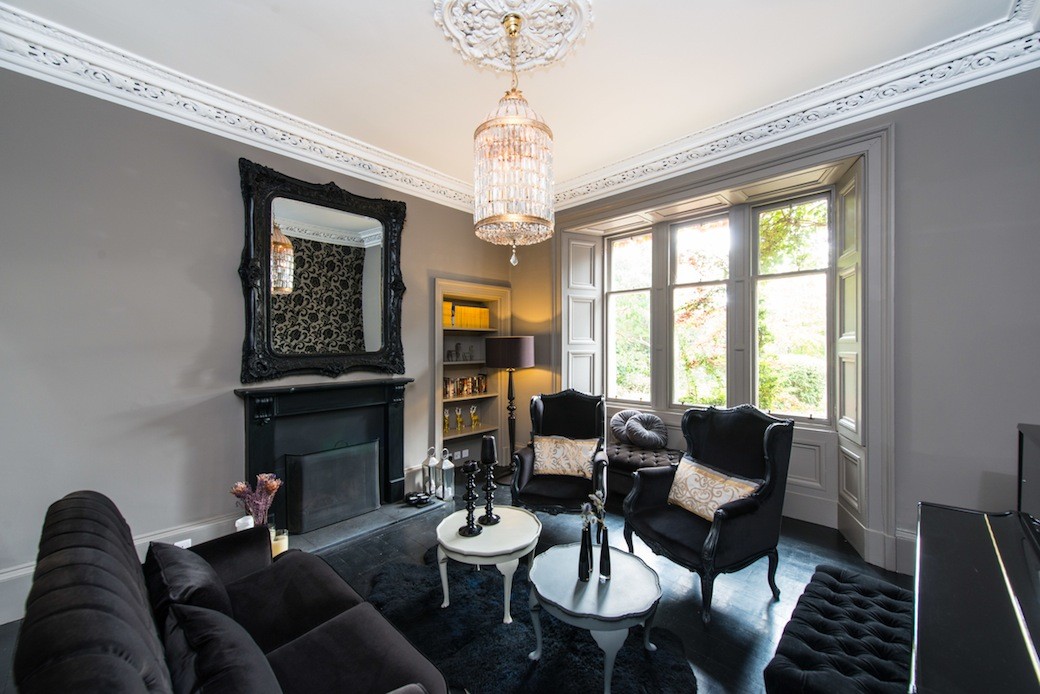 “Even from outside, we loved it,” Lisa McMyn says as she recalls her first impression of this Victorian house in Lasswade in Midlothian, which she viewed with her husband Neil back in 2007. The couple were leaping in at the deep end when they bought this property. Lisa and Neil had been living in Sydney for five years, and they initially offered on the four bedroom house while still in Australia, having only seen photos. When they eventually travelled to Scotland to view Wester Riggs a month later they realised that the house required a lot more work than they’d anticipated. 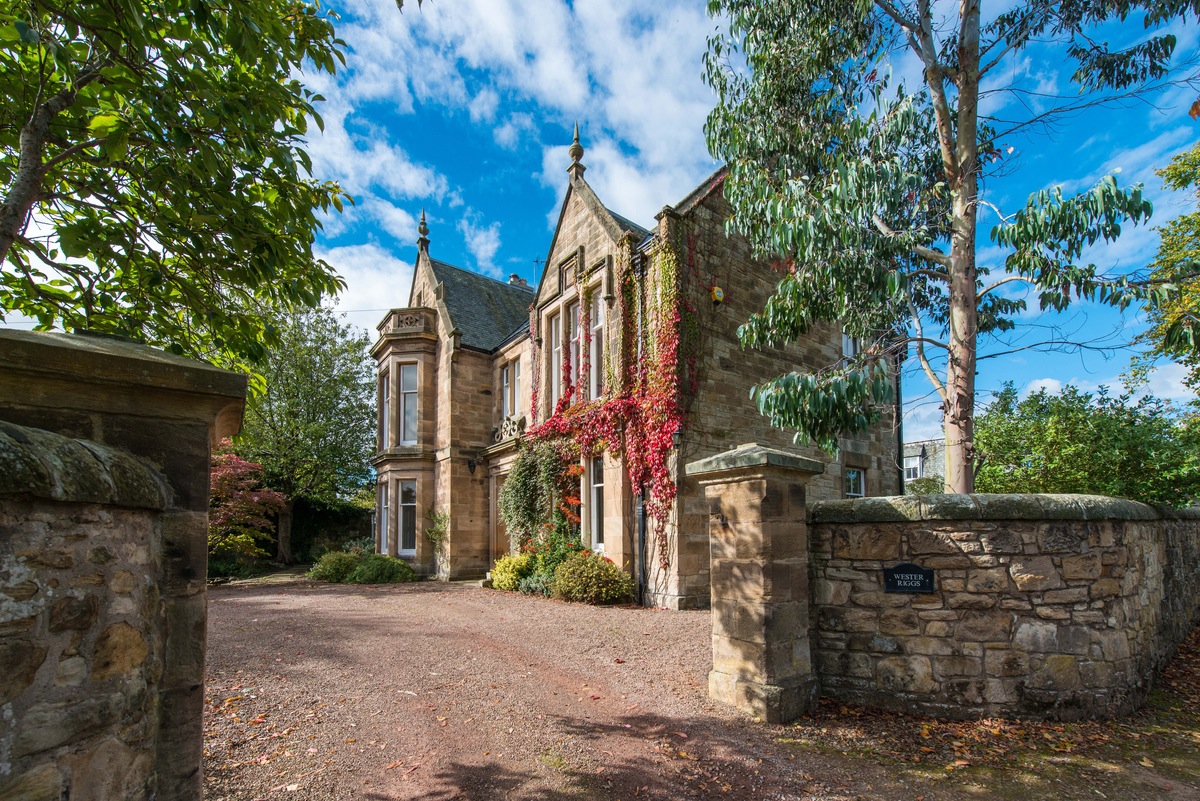 “The bones of the house were fantastic,” Lisa says, “but the interior needed a complete overhaul, right down to fundamentals such as a new heating system and wiring, and we knew we’d have to reconfigure the house to suit our family.”

Lisa was influenced by her time spent living in Australia. “One of the main things I learned was that designers in Australia tend to take a more holistic approach to a property,” she says. “Our house in Sydney felt like a home in the way it flowed, rather than a series of rooms, and that was the feeling I wanted here, where the spaces would hang together as one big house but with points of interest.” 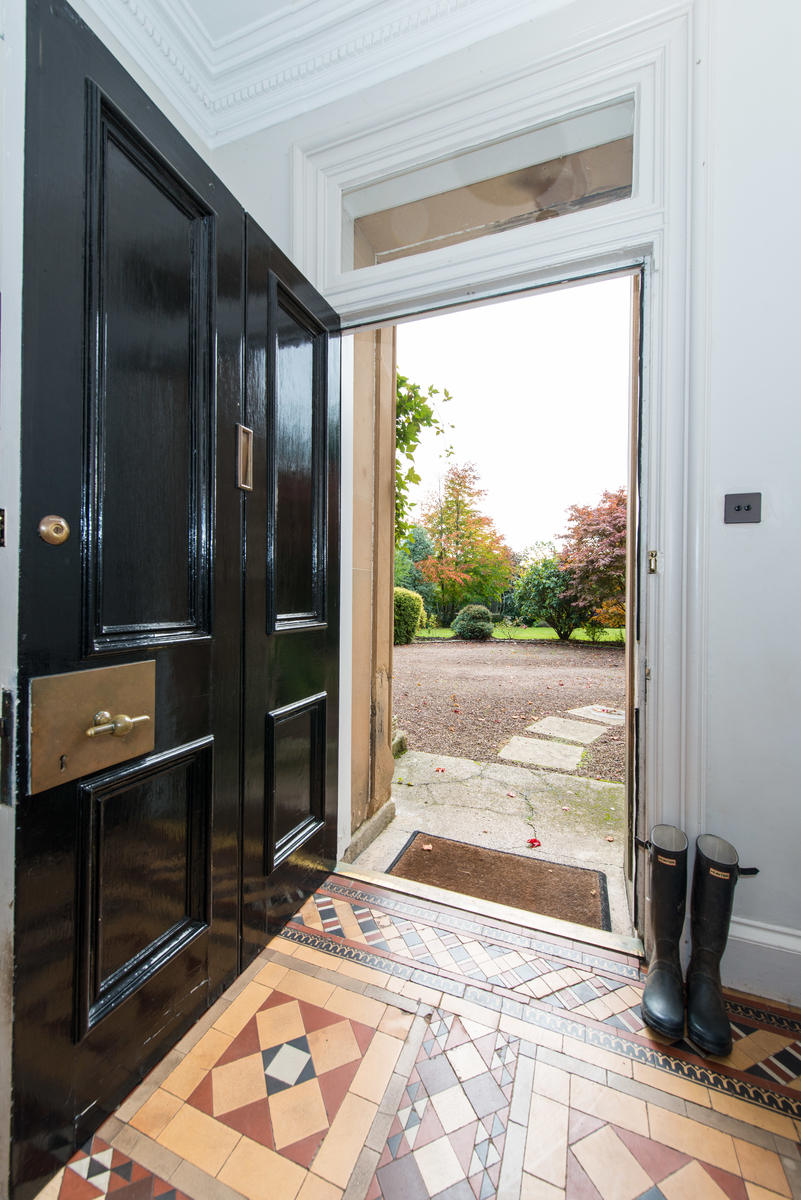 The couple changed nothing for the first six months while Lisa worked through design ideas. “I’m quite a methodical person,” she says. “I kept a giant scrap book of pages and ideas torn from magazines, and then tried to link the colour themes through between the spaces. Maybe it was the lines of a kitchen or the style of a staircase; nothing’s identical here but it gave me a structure to work to.” 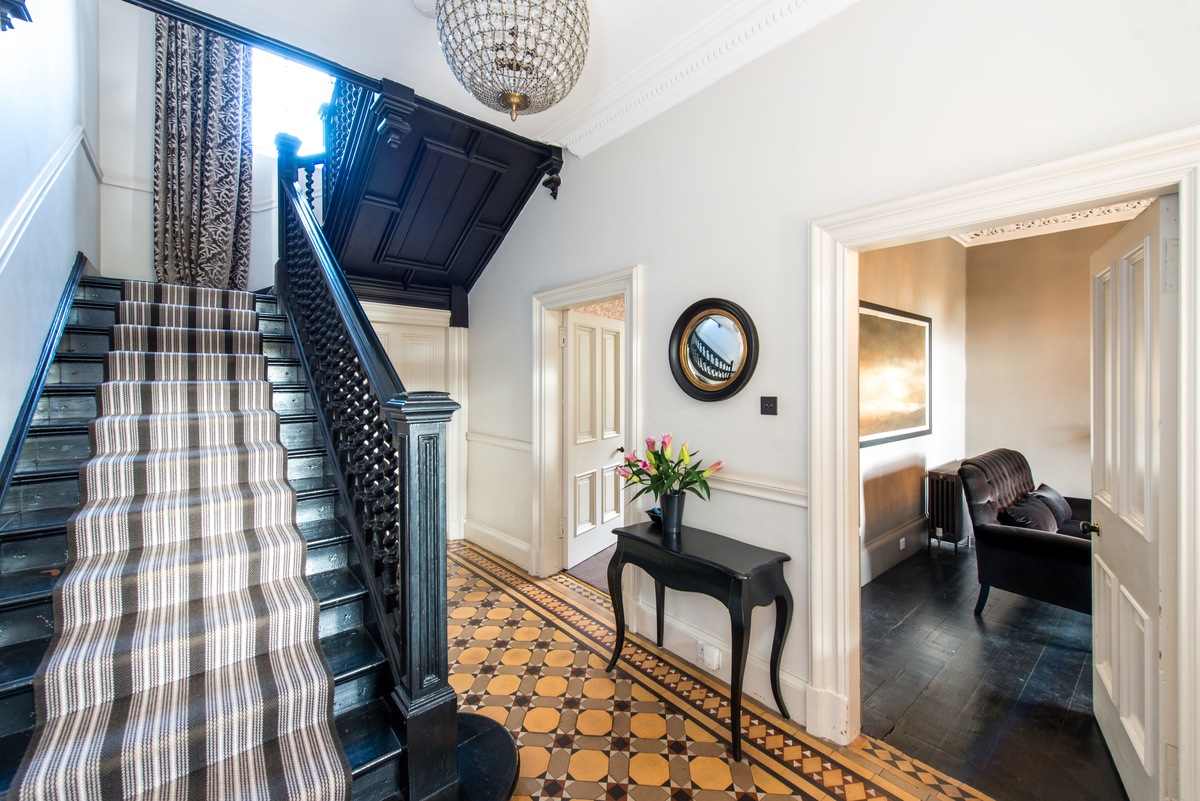 Lisa’s eye for great design extends beyond interiors: she is one half of the jewellery company I Love a Lassie, which she launched with jewellery designer Arlene Katorza. Her home combines that same blend of functionality and glamour. Again, the need for functional living was a lesson learned in Australia. “Because our house there was small, everything had to have beauty and function as there wasn’t enough space for beauty alone,” she explains. 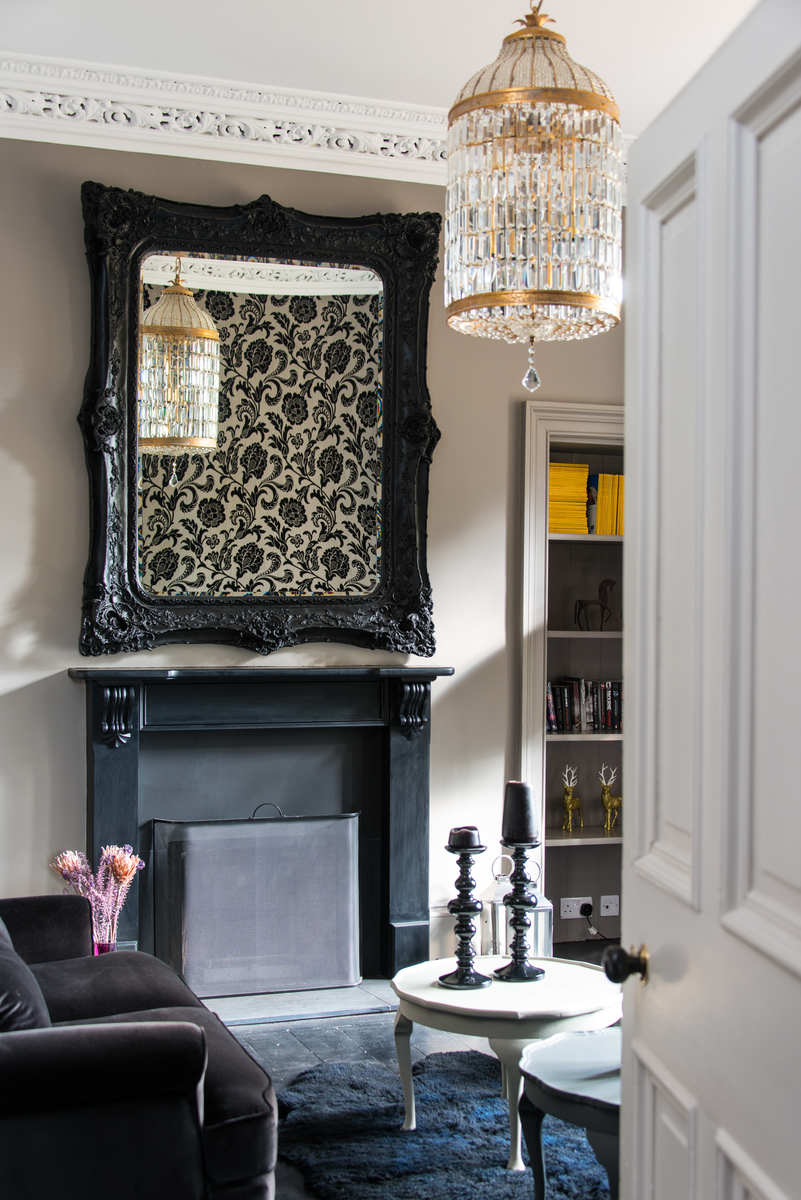 Here, Lisa enhanced the flow by limiting the palette. She chose two carpet colours throughout – pale stone and rich grey-toned brown – with a stripy Roger Oates stair runner that looks dramatic against the inky black staircase, and she used the same warm putty paint colour for every room. Downstairs, black painted floorboards in the hallway and drawing room and dark slate floor tiles in the dining-kitchen and WC maintain this rich palette. As Lisa says: “I felt it was important to get the basics right so there’s a sense of continuity.” 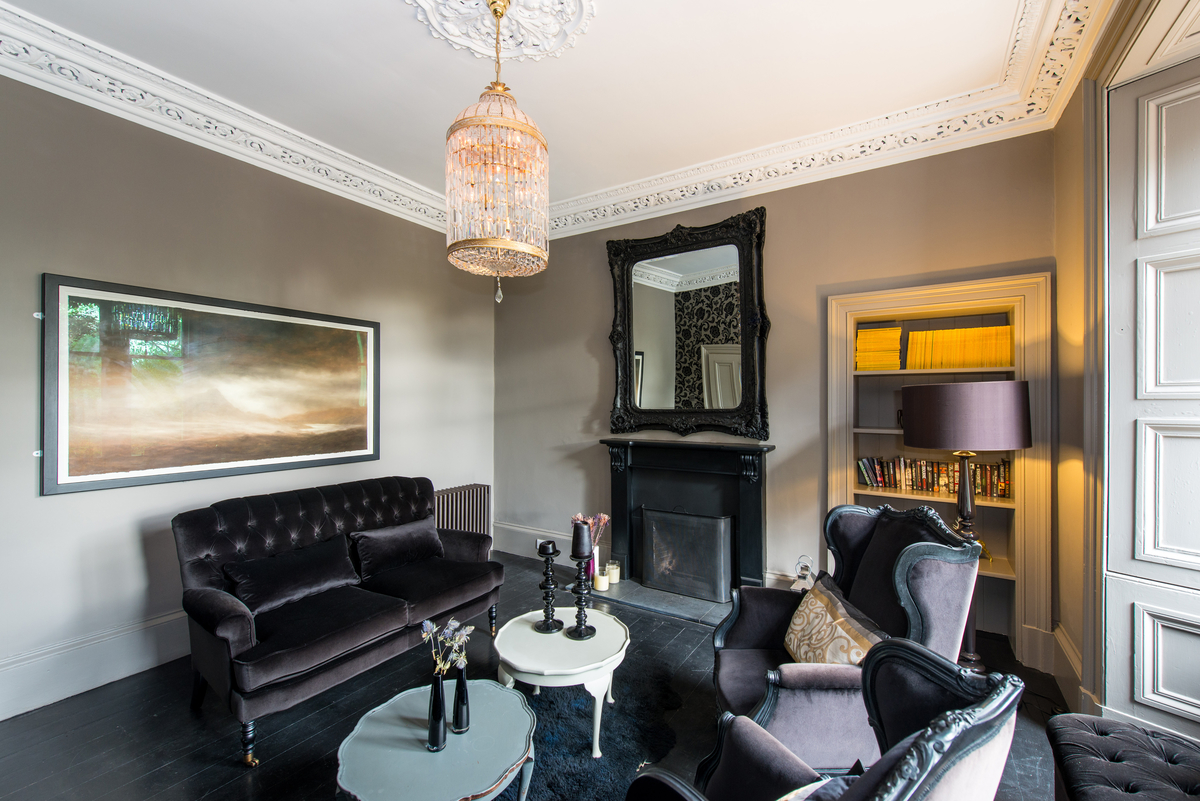 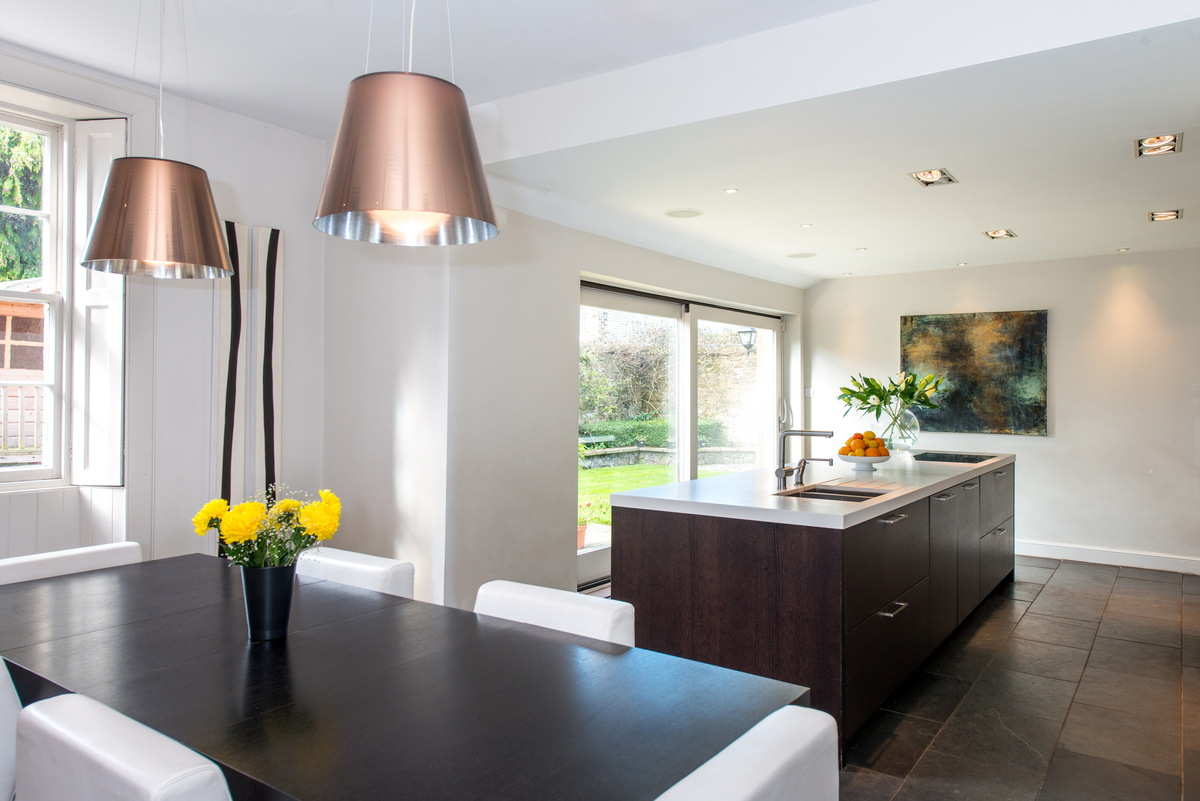 On the first floor, the original configuration of bathroom, shower room and single bedroom was rearranged to create an en-suite dressing room and luxurious bathroom for the master bedroom, along with a family bathroom. The rear of the ground level was also reconfigured. Today’s open plan dining-kitchen was previously two spaces, and although Lisa toyed with the idea of keeping the existing Aga, as she says: “It didn’t fit with the concept of what we wanted to do.” Instead she chose a streamlined Hacker kitchen in tobacco oak veneer, paired with a chunky Silestone worktop on the overscaled island, and with a sliding door opening into the garden. 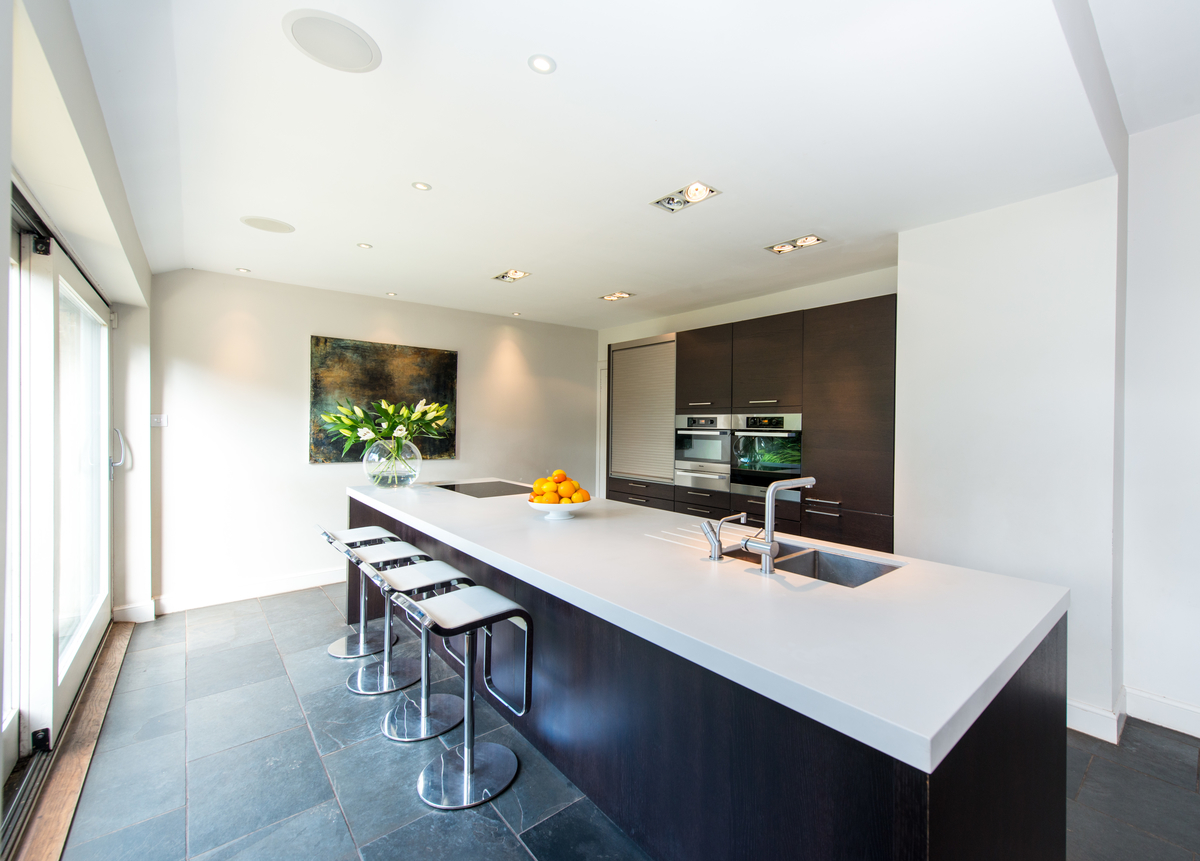 Lisa worked throughout the renovation with project manager Paul Rogers of Gloss. “Paul was fantastic as he completely shared my attention to detail,’ she says. Paul was also great at sourcing product, presenting Lisa with an edited selection of choices. “I’d show him photos of what I wanted and he’d suggest a specific brand that worked for that style,” she says.

Lisa spent her budget on elements that would last, like the slate flooring in the dining-kitchen from Fired Earth that was chosen for its durability. And for all the neutral tones, Lisa wasn’t afraid of using pattern and ornate detailing. “If I change my mind about a feature wall, it’s only wallpaper. The things you can be bold with, like mirrors and lighting, are low risk items,” she says. 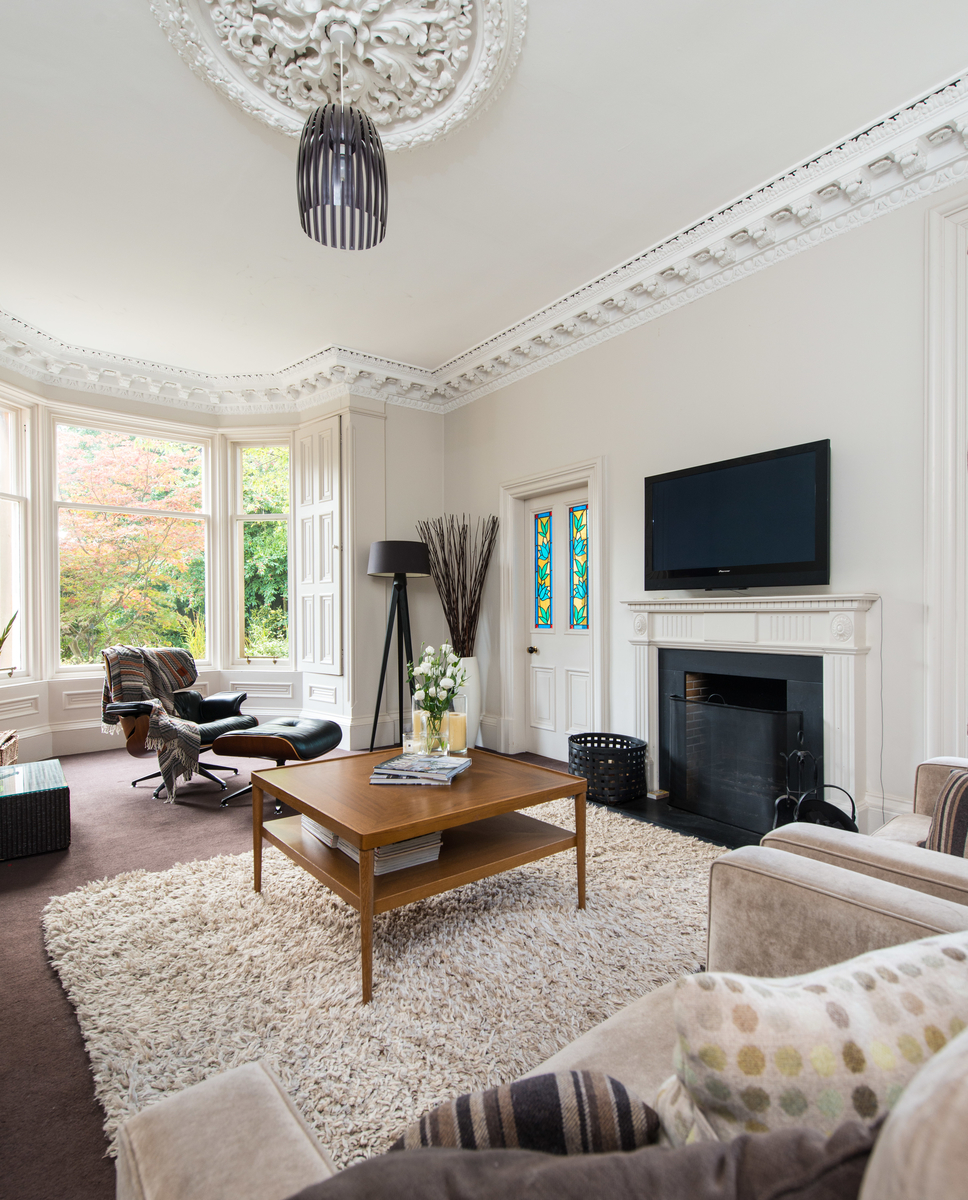 In the drawing room, the mood is light and airy with comfy seating (which Lisa designed and had made) tossed in Melin Tregwynt cushions, while the sitting room over the hallway is more dramatic with a glamorous chandelier from C. Webster & Sons, black furniture from Sweetpea & Willow, and minky-hued walls by Farrow & Ball. “When I was making my scrapbook, these were the two styles I kept coming back to,’ she says. ‘I knew the darkness and moodiness wasn’t right for a family home, but it works as a room for entertaining.” 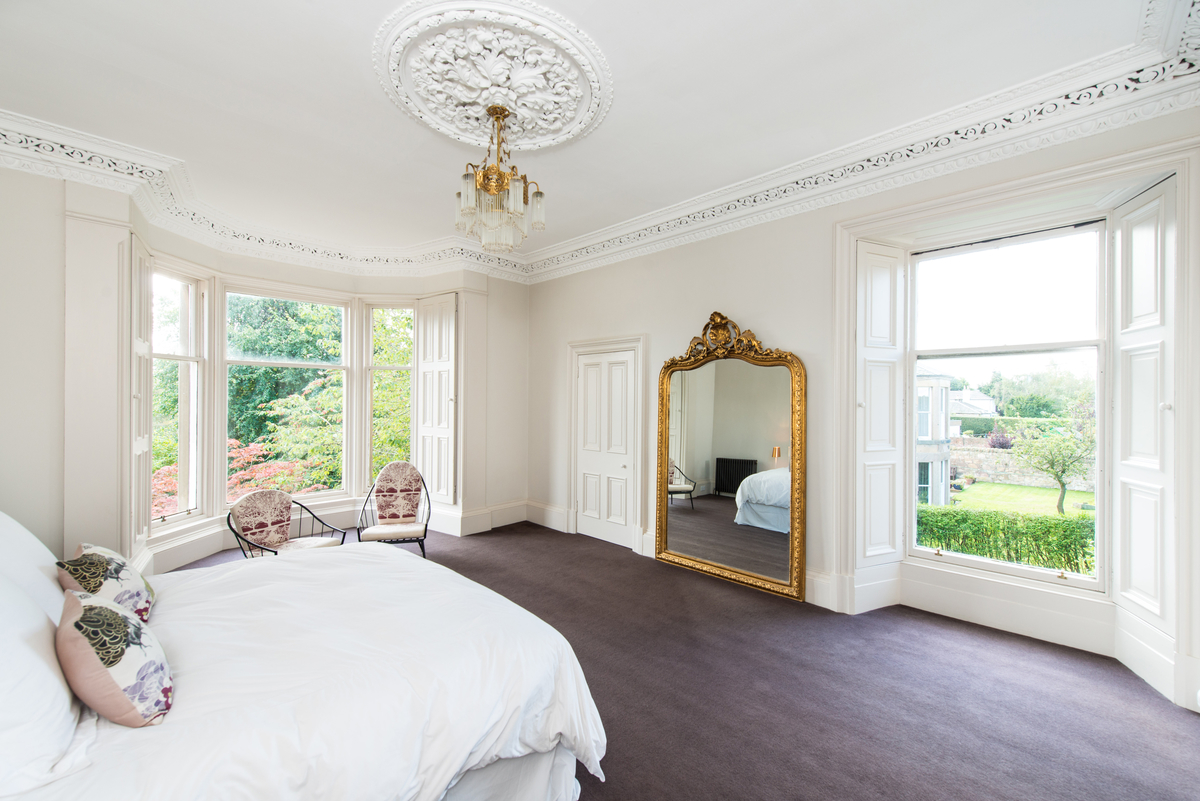 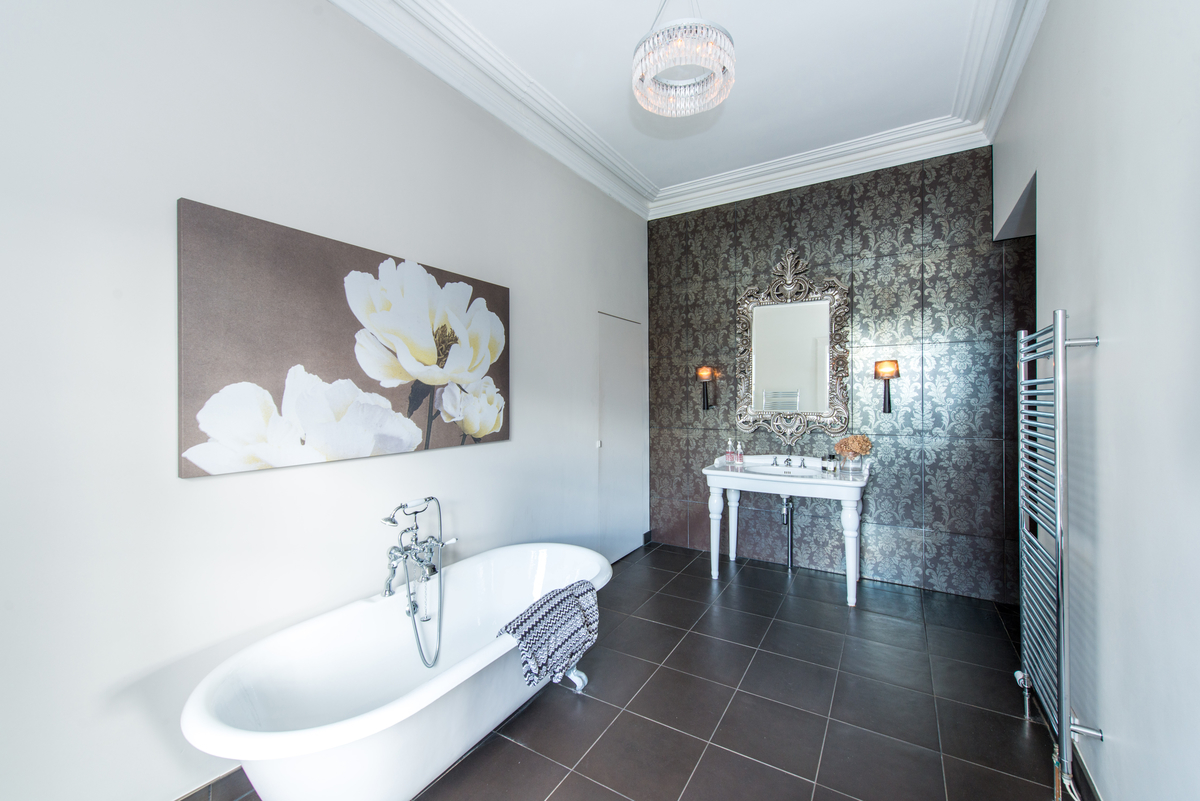 The challenge of this project wasn’t the design or the renovation process itself, as all the major work was completed in just 12 weeks, during which time the family rented another property nearby. “The challenge was trying to match my aspirations with the budget. We were hugely unrealistic to begin with,” Lisa admits, “but we achieved a huge amount here with what we spent.”