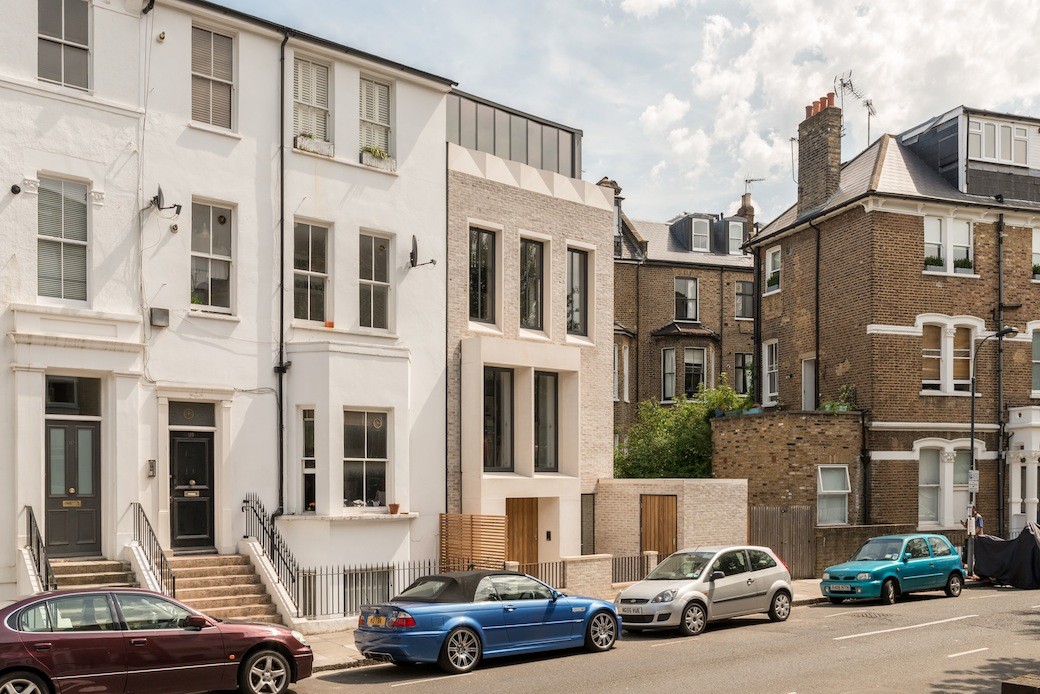 Living in the city, I’ve long been interested in the spaces between – the gap sites or pockets of land that just sit there, waiting to be filled. These sites can often present challenges in terms of planning issues and access, not to mention the scale of property that can be built. One of my favourite houses in Edinburgh inhabits a compact site on Upper Gilmour Place and was designed by architect Andrew Stoane. Completed in 2005, the house was described by Edinburgh Architecture as “an adventurous essay in concrete Modernism”.

This was one of those houses that defied your expectations of scale as, from the street, it didn’t look very big, but Andrew had managed to create a surprisingly spacious multi-level living space once inside. That house, along with others since, really opened my eyes to what you could achieve with a complex urban site, and when I saw The Tailored House, which is listed with The Modern House, although very different in size and also in terms of style, it reminded me of this. 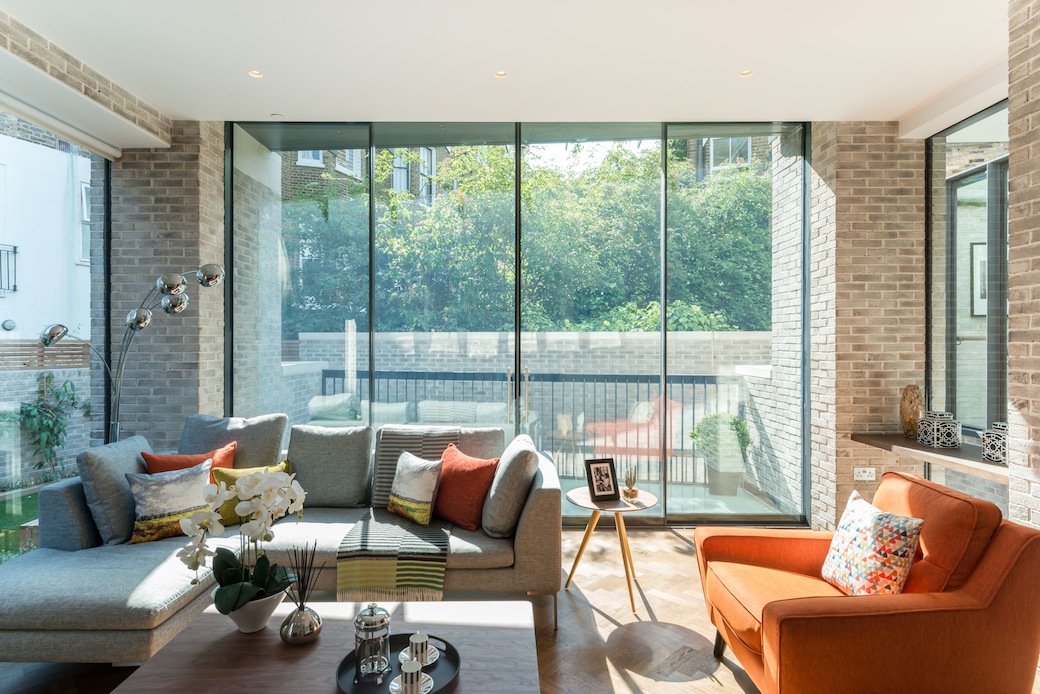 Positioned at the end of a Victorian terrace on Milson Road in London’s Brook Green, The Tailored House is the second property to have inhabited this site. The first was destroyed by bombing during WW2, and in the intervening years this location was designated as a Conservation Area and the neighbouring buildings acquired Rights to Light, which meant that the architects for this project, Liddicoat & Goldhill, faced a delicate and lengthy negotiation process when securing planning permission to build here. 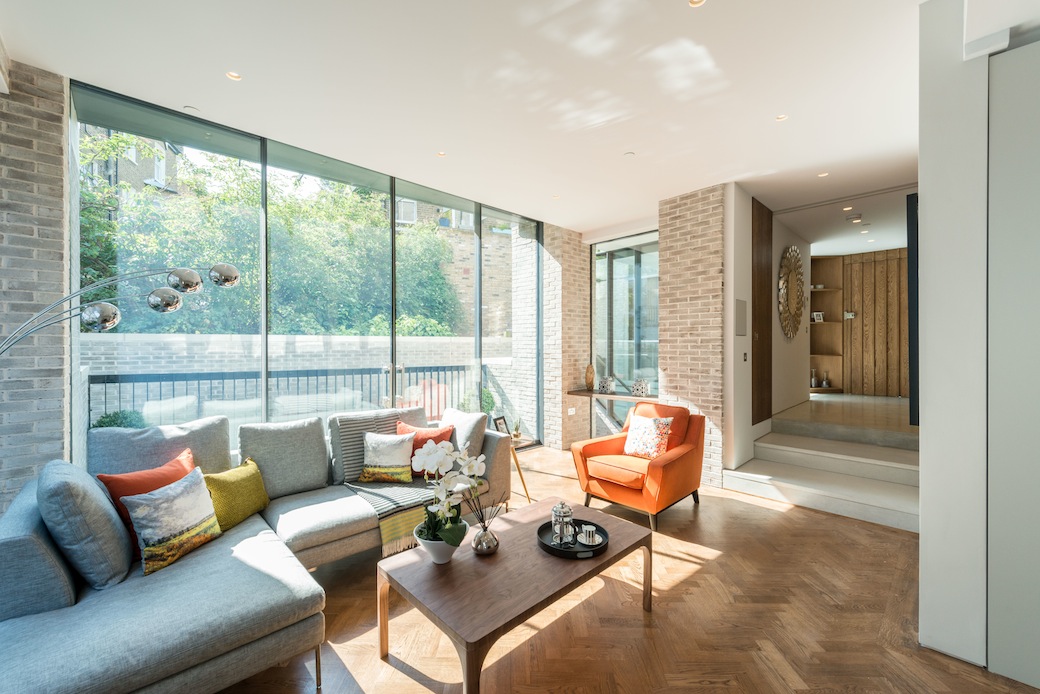 Today, this elegant five bedroom home sits so naturally alongside its period neighbours within this tree-lined residential street while standing apart, both aesthetically speaking in its crisp lines and contemporary detailing, and literally as the building is set just a few inches away from its immediate neighbour. 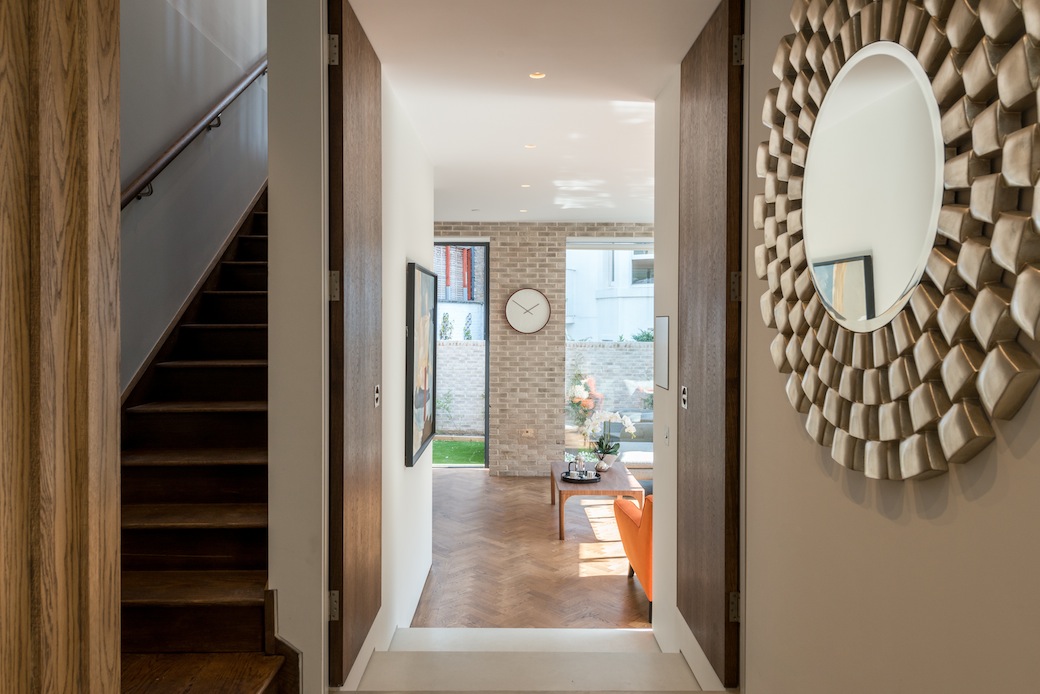 The accommodation is arranged over five floors, which again you might not anticipate from the street. On the lower ground you’ll find the large dining-kitchen and an en-suite bedroom, while the ground level features the main reception room that opens onto a terrace at one side, with views onto the rear garden. The four remaining bedrooms are arranged over the first, second and third floors, with the master suite extending across the second floor. 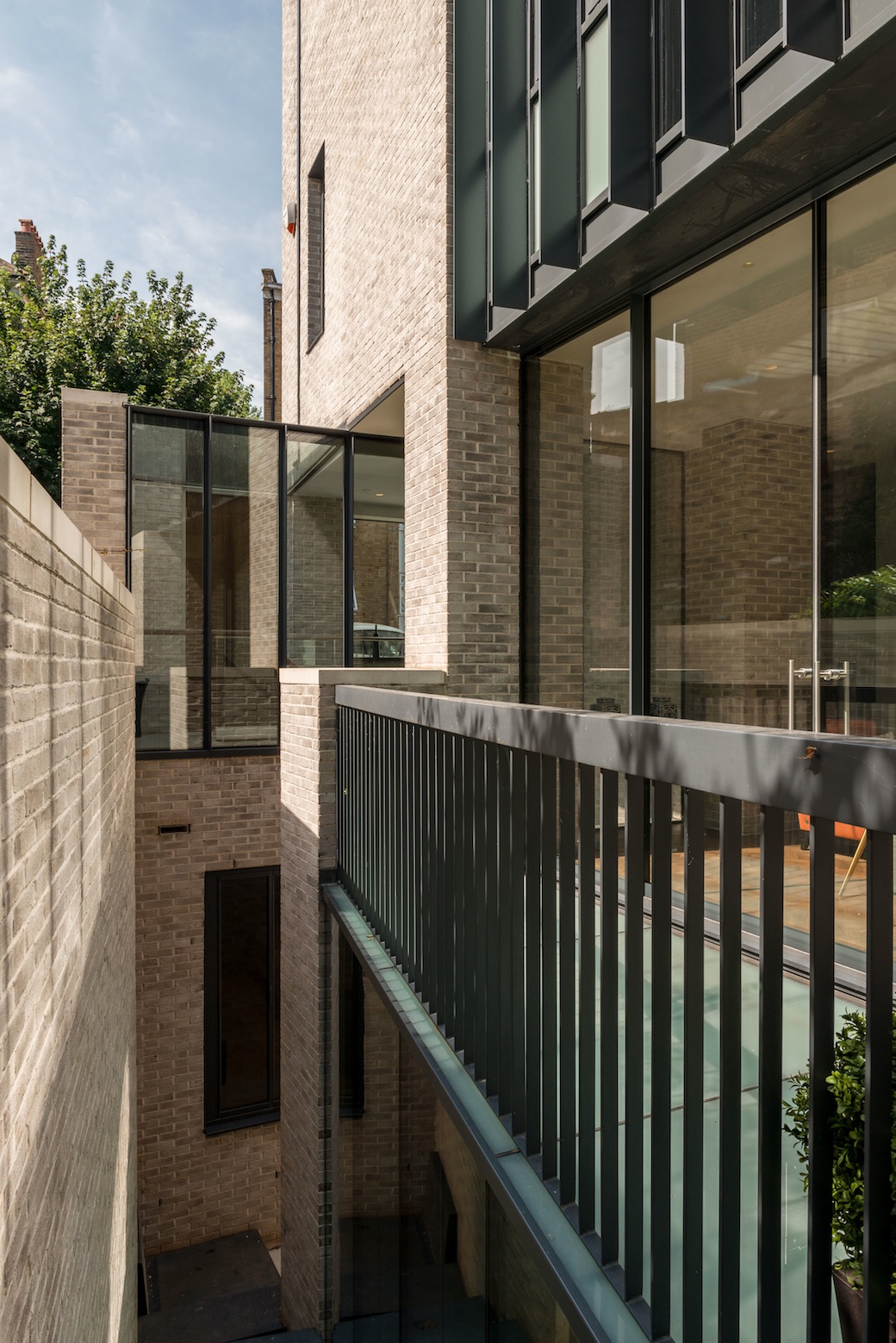 Clearly, at around 2,400 sq/ft, this is a substantial house. The architects say this about the building: “Despite the local sensitivities, the five-bedroom house is neither a resurrection of the pre-existing building, nor an aggregation of responses to different legislative requirements. Instead, the project seeks to reconcile a new London house type, subtly differentiated from its forbears. Conceived as a series of layers receding from the street, the house’s façades are variously lifted, punctured or fanned open to allow light to the interior.” 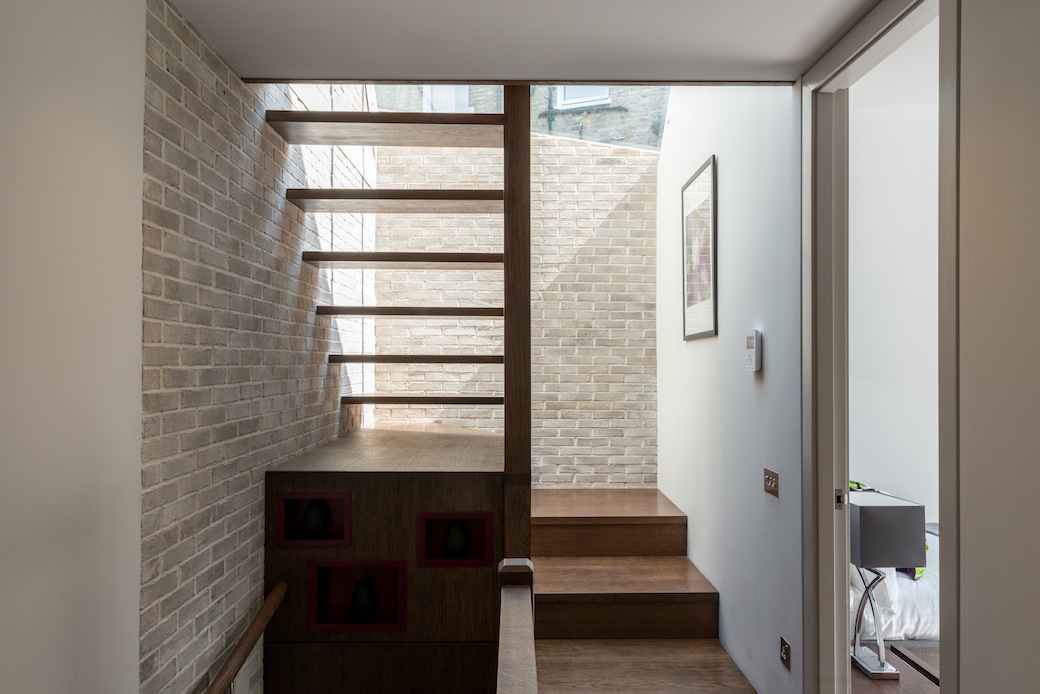 Craftsmanship seems to have become a real theme for me of late. I’m drawn to natural materials that have been used beautifully, and The Tailored House exemplifies this approach, from the façade that’s clad with overlaid planes of loadbearing brick, render and Portland stone, to the rich palette of internal finishes including brick and timber, and with a concrete floor creating a understated backdrop in the dining-kitchen. 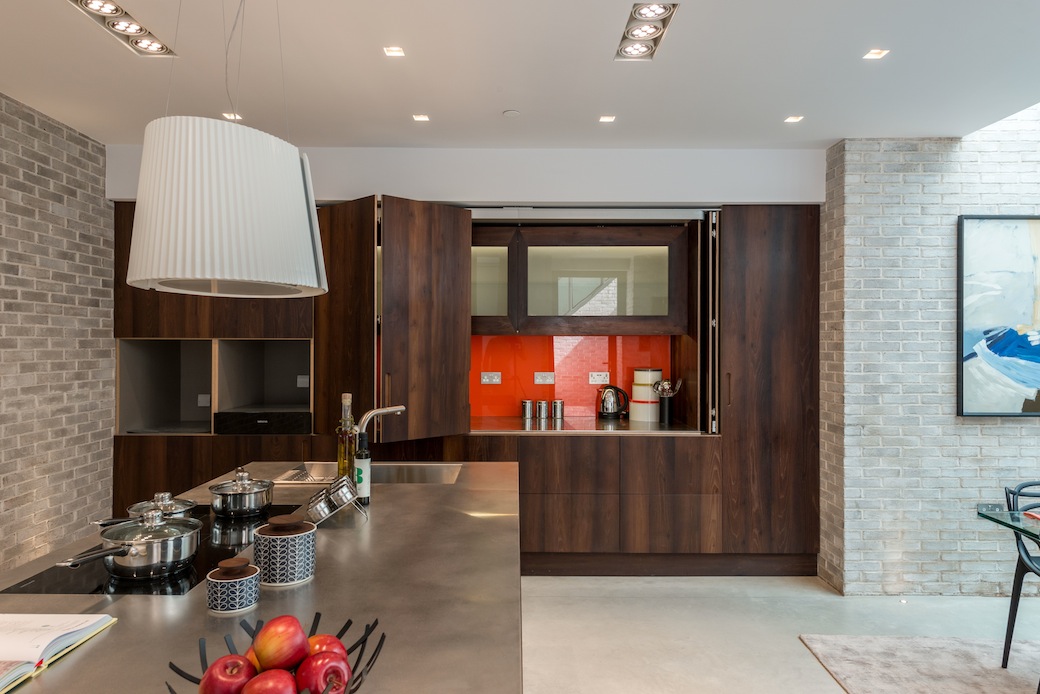 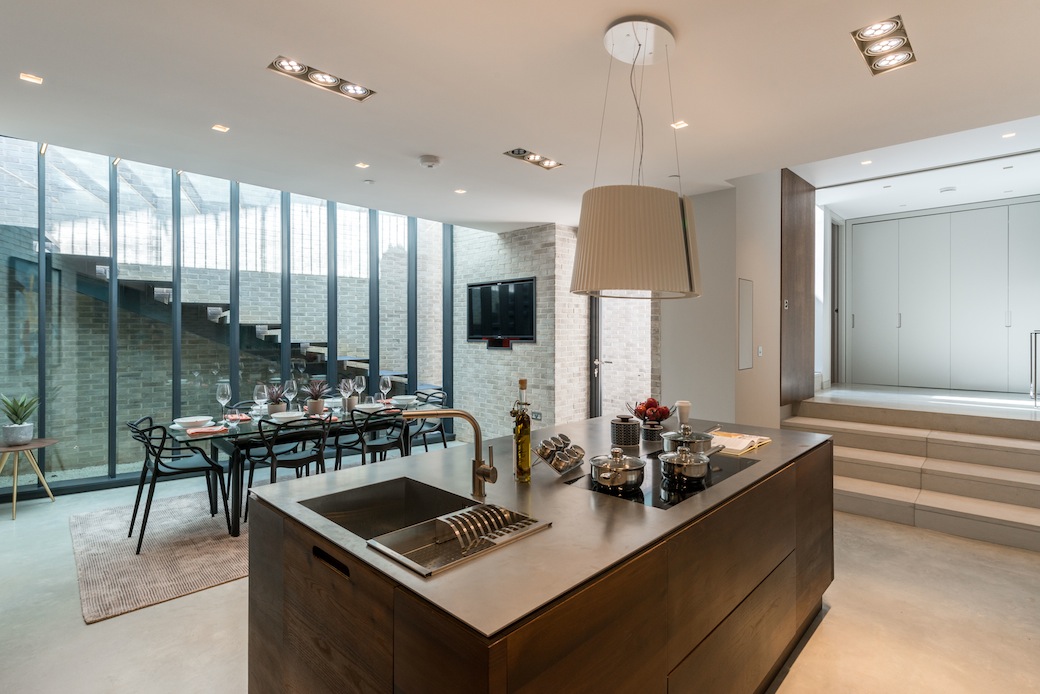 I also like the bold and expressive pops of colour, from the blazing orange splashback revealed in the kitchen above – note the fantastic hinged door detail here – to the vibrant red used for the storage integrated into the stairwell below. 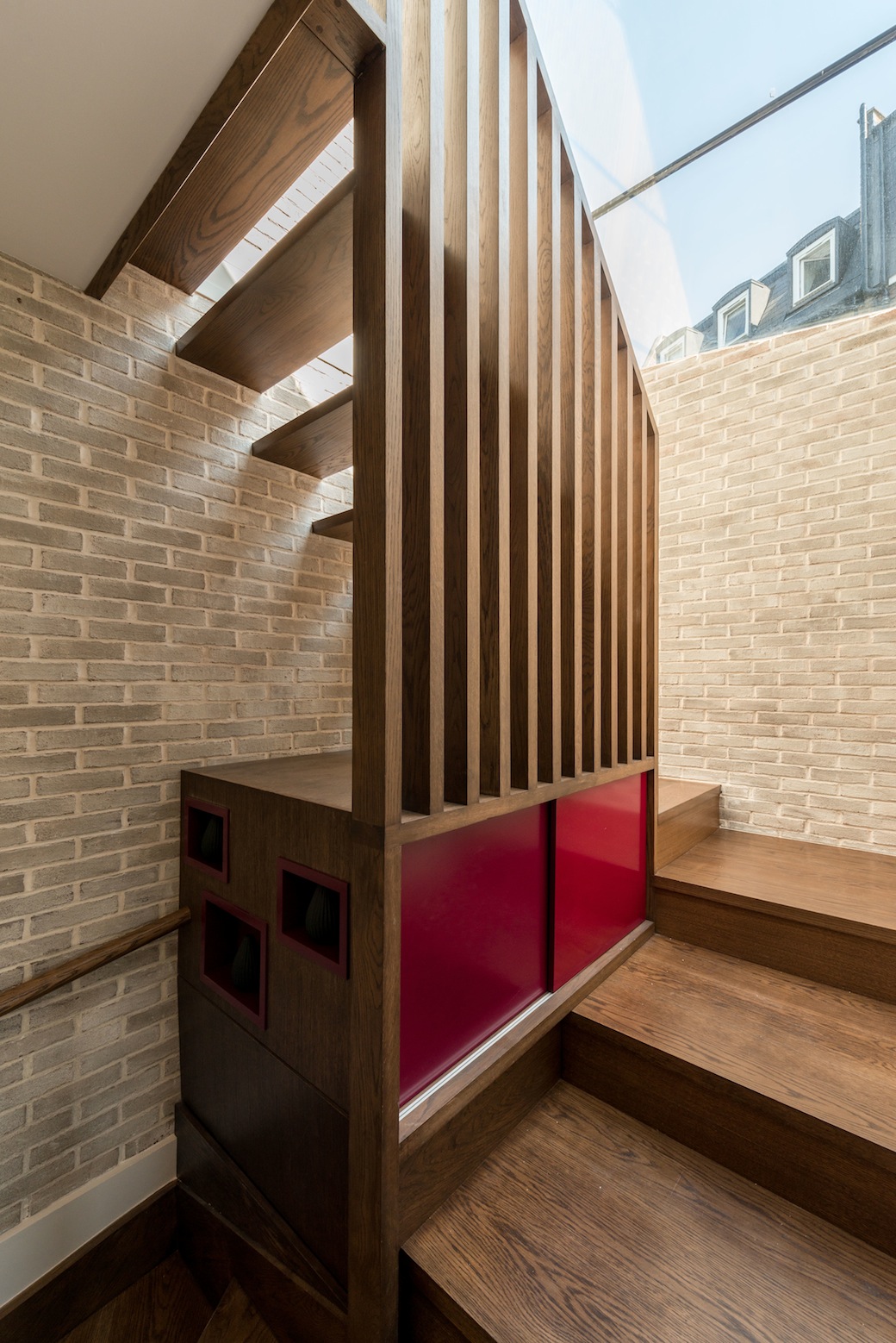 And how about this for a reveal as a door in a storage wall in the master bedroom – make that a beautifully decorative storage wall – opens to access the en-suite. 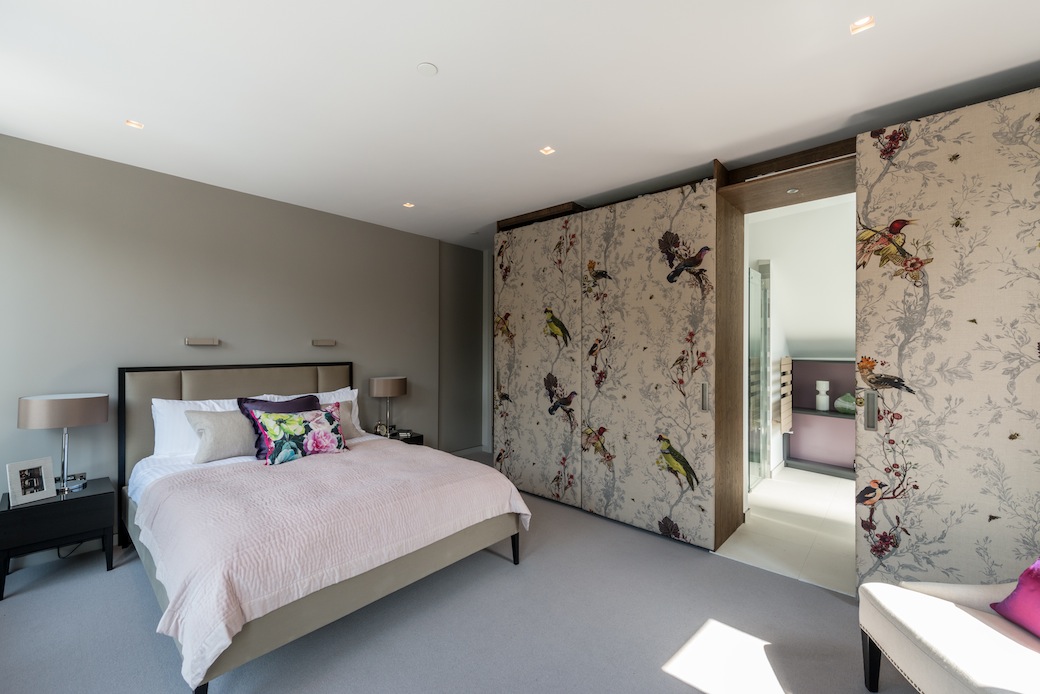 Explaining the name of the house, the architects have said: “The clients drew an analogy between their new house and a tailored suit – recognisable, elegant and simple when viewed as a whole, but revealing individuality and material opulence in detail.” It’s a very fitting description for this handsomely crafted home.

See the listing for The Tailored House on The Modern House.

Photography from The Modern House.