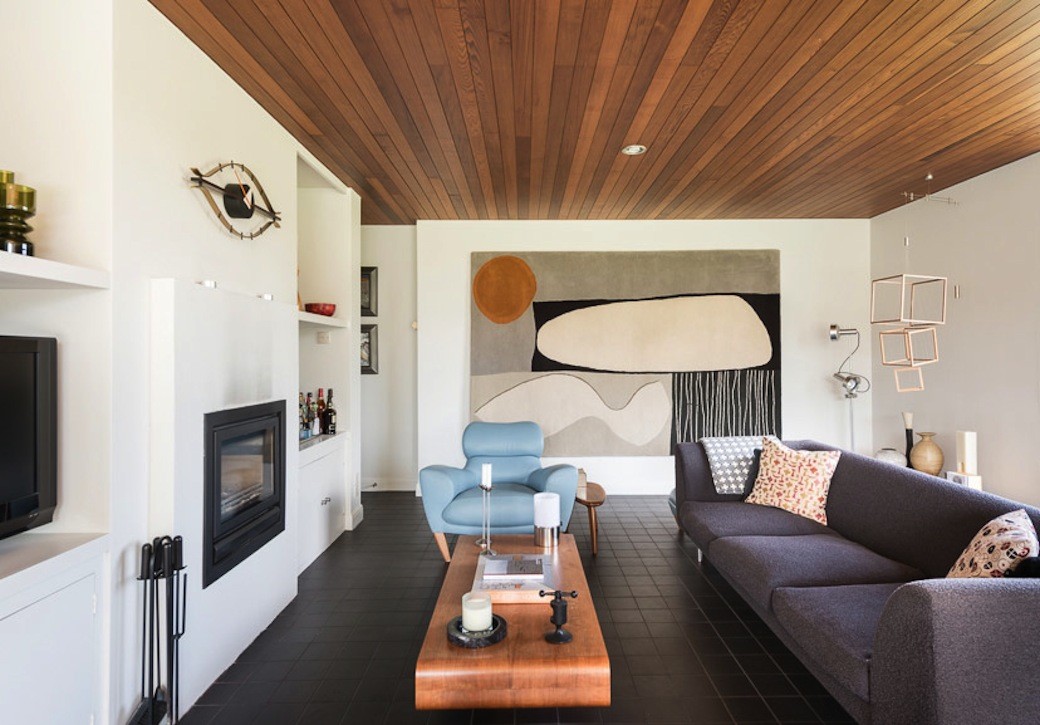 Certain houses just stop me in my tracks when I’m scanning through property websites, and if you spotted the recent post on this 1960s house in Berkshire in the UK, you’ll understand why this house listed with The Modern House also caught my eye. Designed in 1966 by the architect John Penn, this single storey property is one of a celebrated group of nine Suffolk houses that are referred to as the ‘temple’ houses due to the classical symmetry of their planning, combined with the fact that the buildings are raised slightly off the ground on a platform. 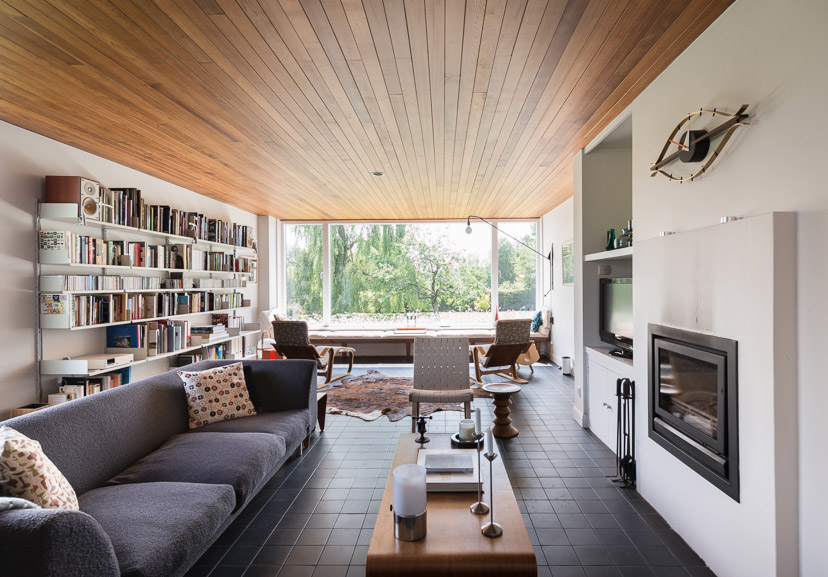 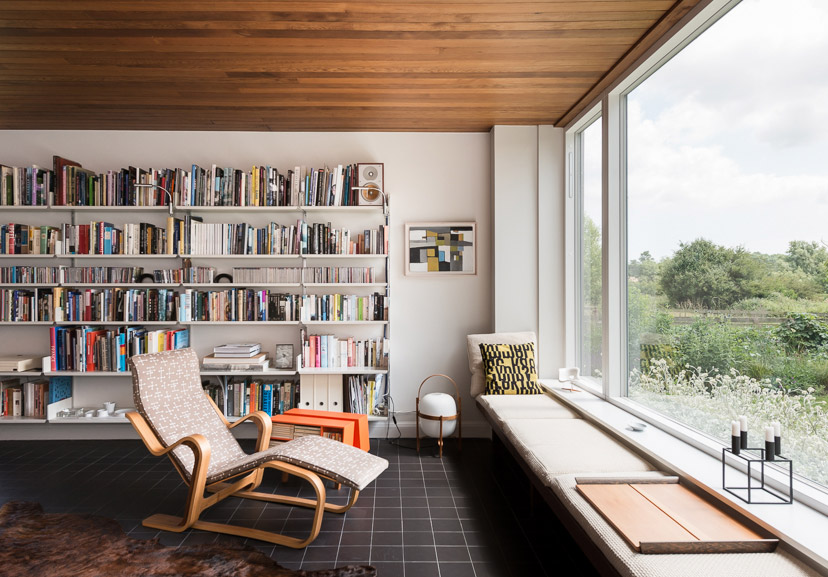 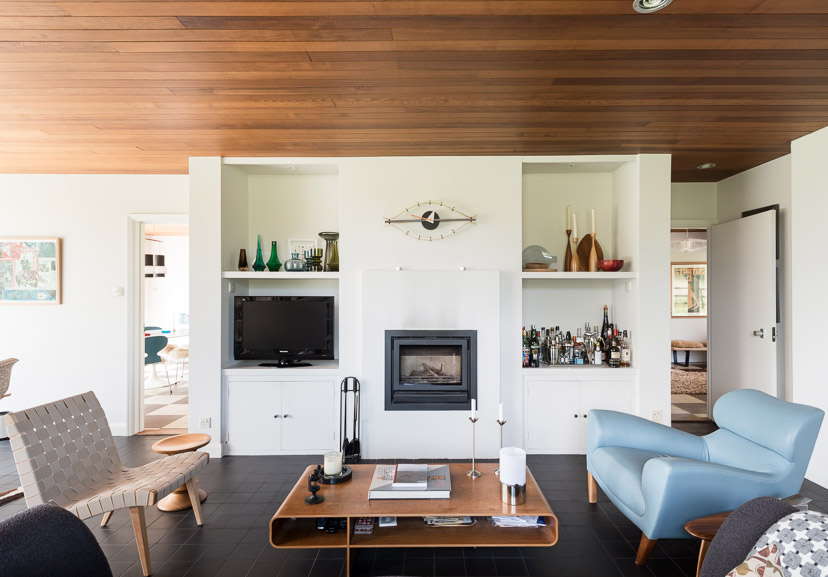 Penn is hailed as being one of Britain’s greatest Modern architects, although his contribution to British architecture has only been fully appreciated in recent years. He was greatly influenced by his time spent working in California with architect Richard Neutra, as seen here in the light-filled living spaces with entire walls of glass. When Penn died in 2007, a number of obituaries were published paying tribute to his work and influence. Writing in The Guardian in March 2007, Richard Gray referred to Penn’s “remarkable collection of… important modernist houses built in east Suffolk… (that) still appear uncompromisingly modern, although now well over 40 years old.” 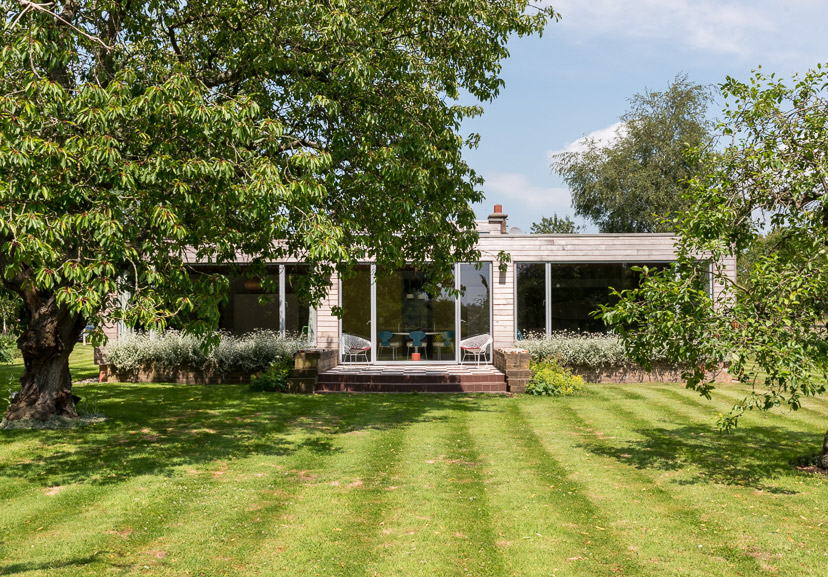 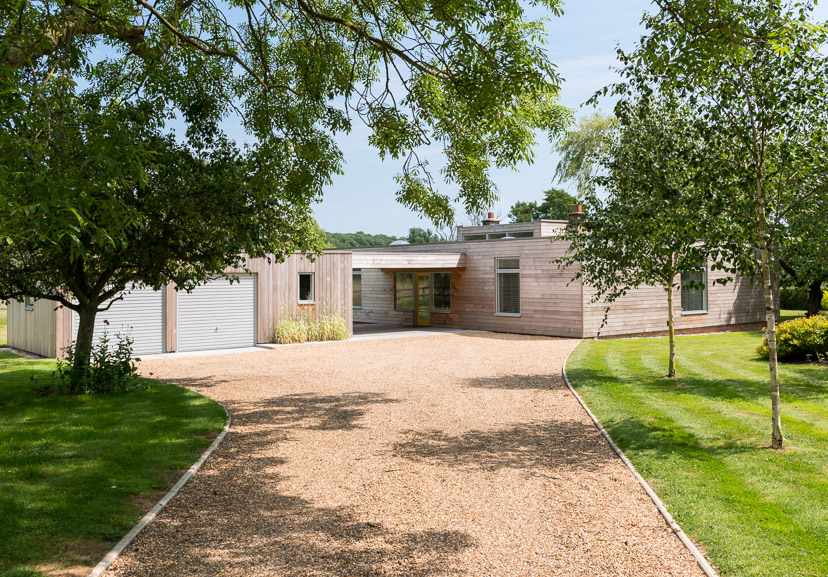 Penn’s first UK house was designed for his mother in 1962, and this project led to a number of local commissions that led to this collection of ‘temple’ houses. This particular house has an idyllic location tucked off a country road that runs through the Suffolk village of Rendham. The building sits on a 0.4 acre site that was formerly an orchard, so the garden is filled with mature pear, plum, cherry, apple and walnut trees, with views out over the neighbouring meadows. 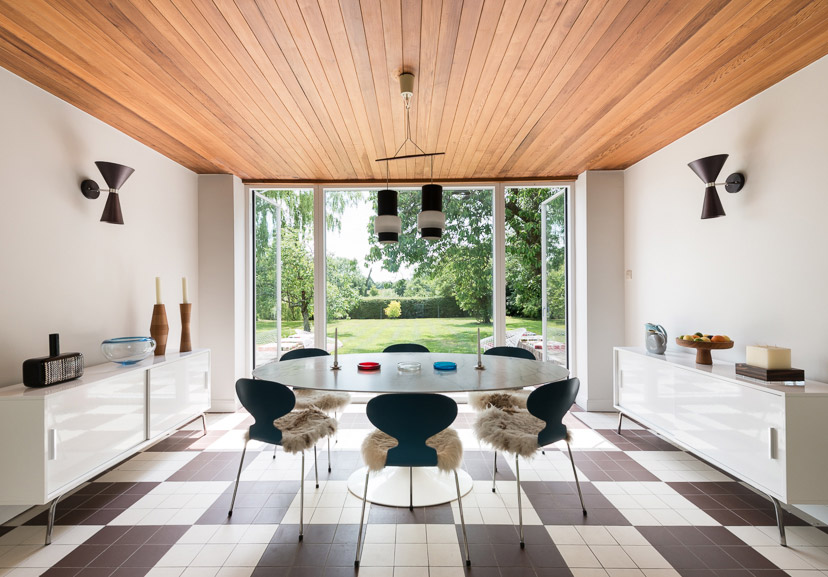 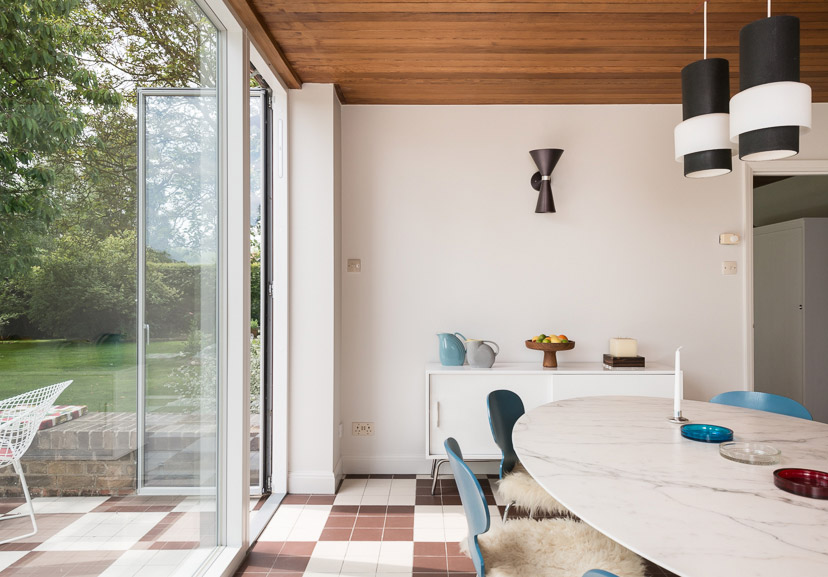 The house has been extensively refurbished over recent years, and notably the owners have approached this task with a focus on retaining the building’s original forms and features wherever possible. I can’t resist the combination of tiled floors and timber panelled ceilings seen here, and there’s a wonderful sense of flow and connection, both between the internal spaces and in the way the house connects outside to the garden. 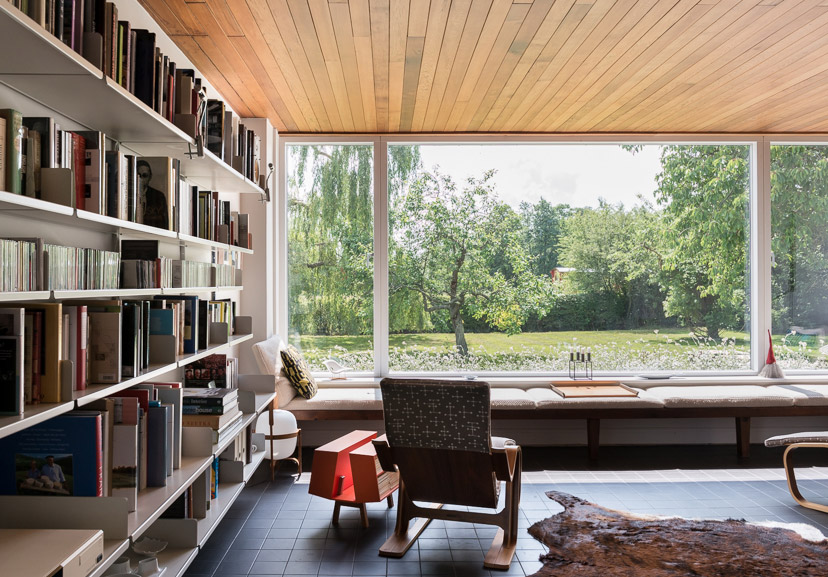 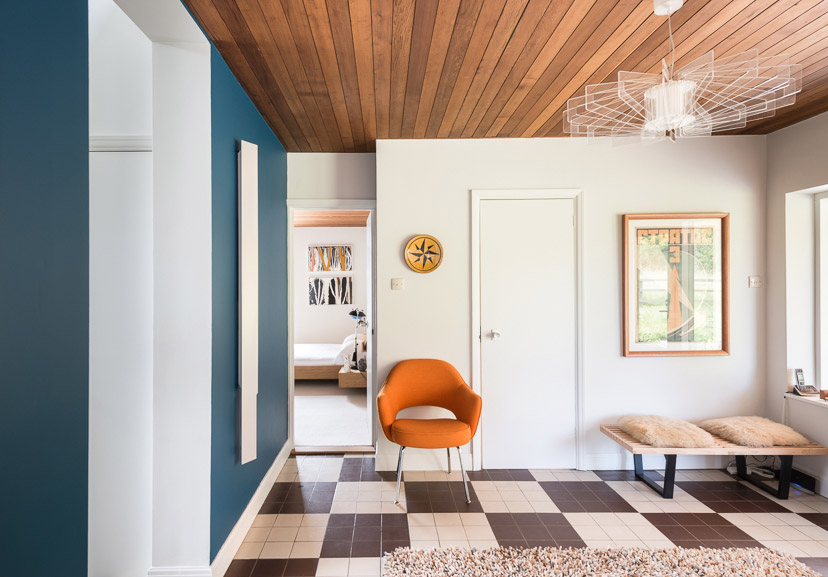 The furnishings reflect the character and aesthetic of the building, creating a harmonious juxtaposition between the architecture and the interior. Whoever is fortunate enough to own this house next will be inheriting a special piece of British architectural history. 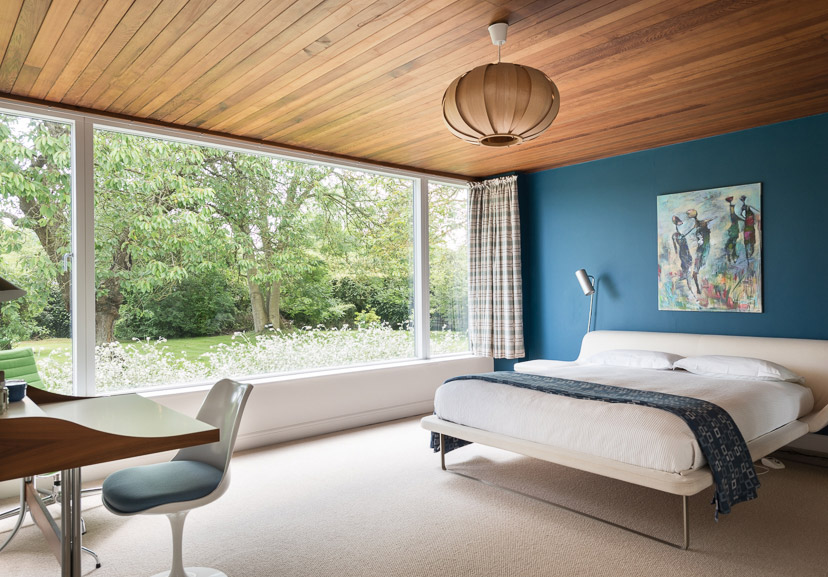 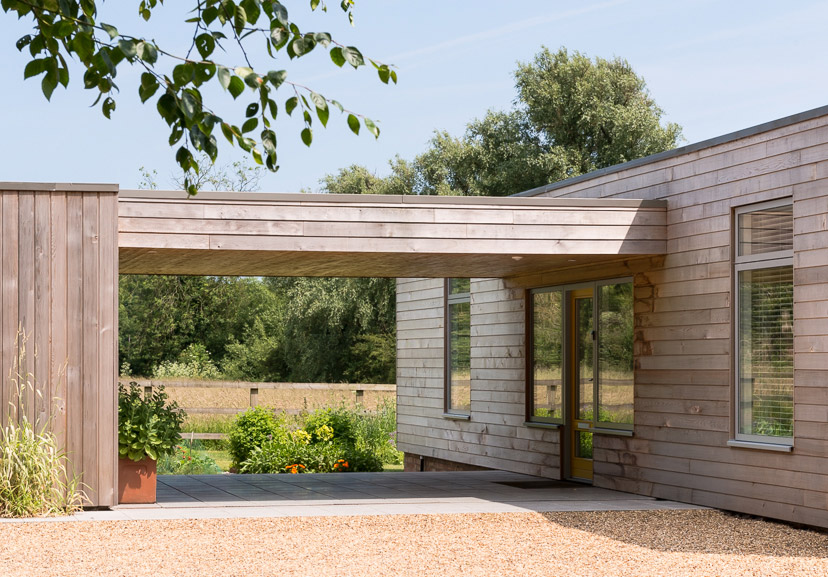 This property was marketed by The Modern House.

See my Steller story on The Temple House.