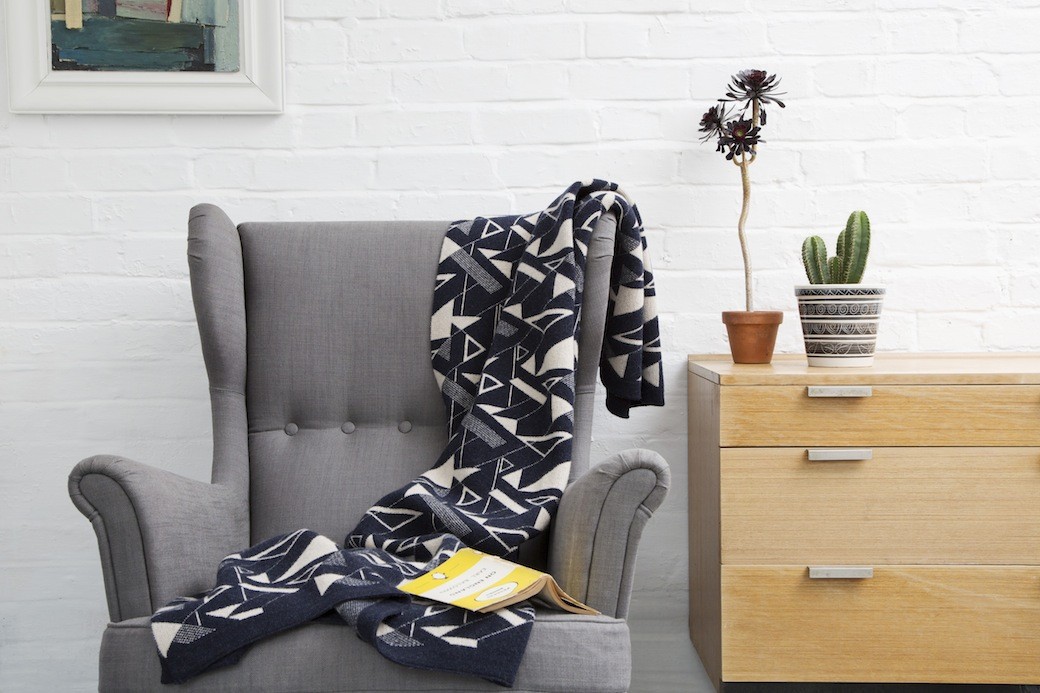 If you’ve been following Copperline for a while you may recall that I’ve featured Seven Gauge Studios here twice before (yes, I am that big a fan): first back in 2013 as an In Conversation With feature with the company’s founder, textile designer Joy Bates, and then in January last year when I wrote about the latest collection at the time. So when Joy got in touch to introduce her new collection for Autumn/Winter 2015 I had to share it.

To me, these are pieces you would have – and treasure – for years. My instant favourite is the new Angles blanket in oatmeal and indigo (pictured above and below), which was added to my ever-growing wish list as soon as I laid eyes on it.

I asked Joy about the inspiration behind the new collection. 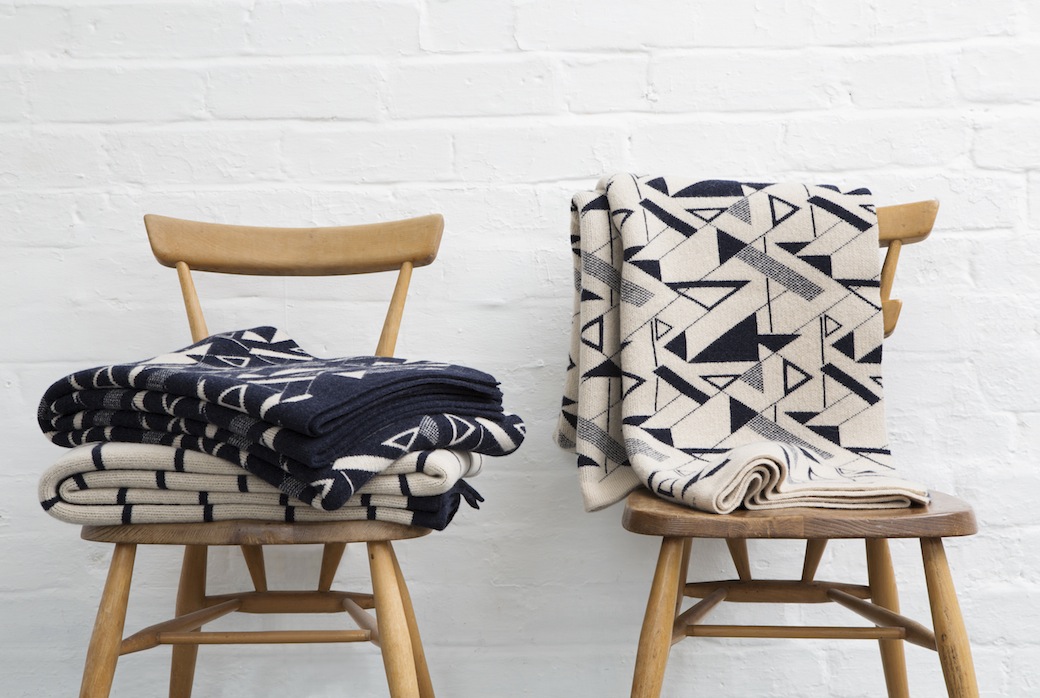 Where did you glean ideas from when working on this collection?

It’s all about geometric pattern again for me. I’ve been influenced just lately by the work of Gio Ponti. I love the simple, repetitive graphic shapes and this has influenced my Wedge and Folk designs.

A little bit of Eighties/Memphis inspiration has also crept in there; I’ve been looking at those knitting patterns again – I think this is how Grid and Angles were born. 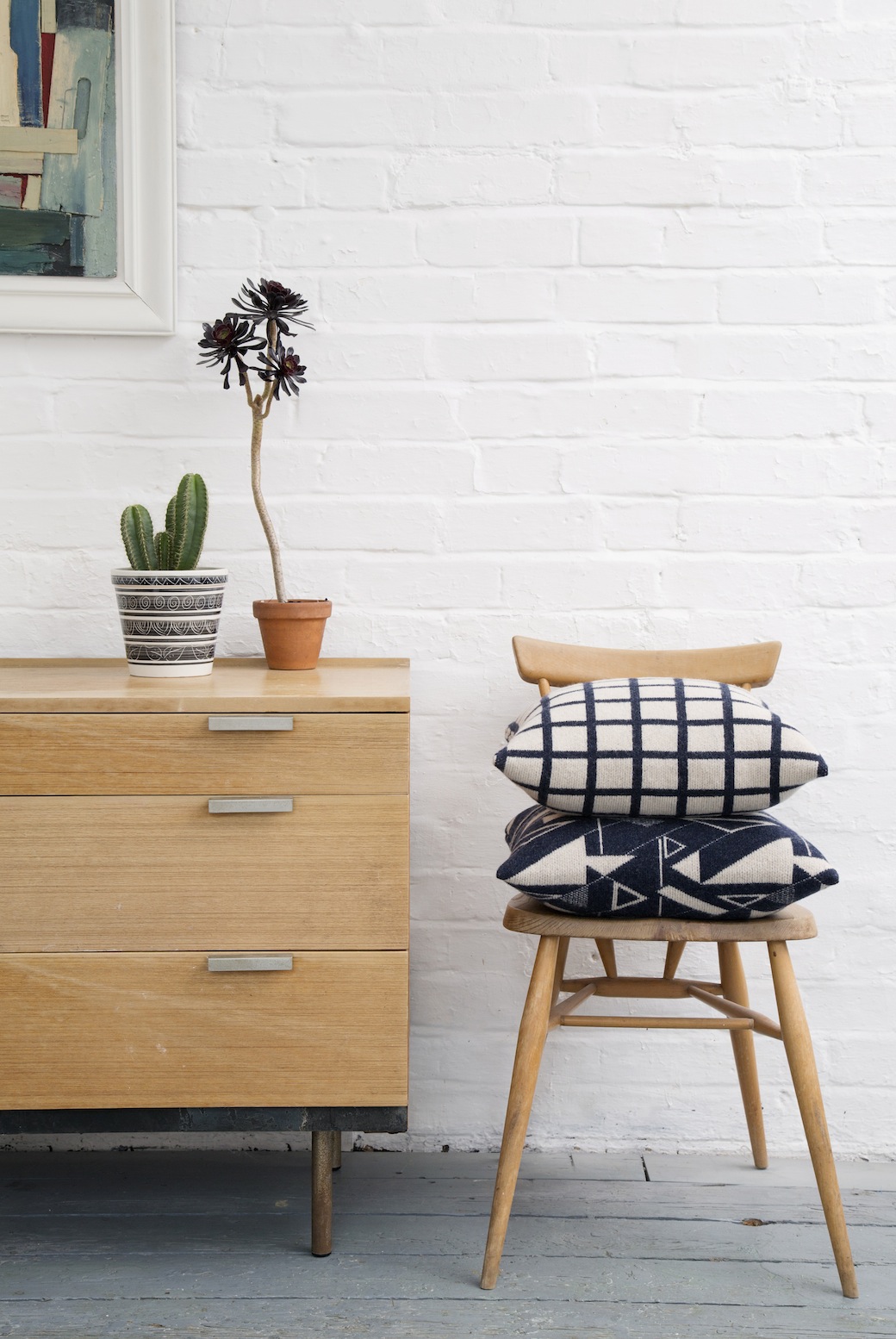 How did you decide on the colour palette?

I’m obsessed with blues this season and wanted to include blue and white in the collection (thinking of Gio Ponti’s blue/white tiles) but also use the same neptune blue with a very dark indigo for a richer, moodier effect. I’ve been coveting some midcentury Bitossi ceramics – this has obviously had an effect on my blue fixation!

I’ve also put together a blue inspiration Pinterest board. 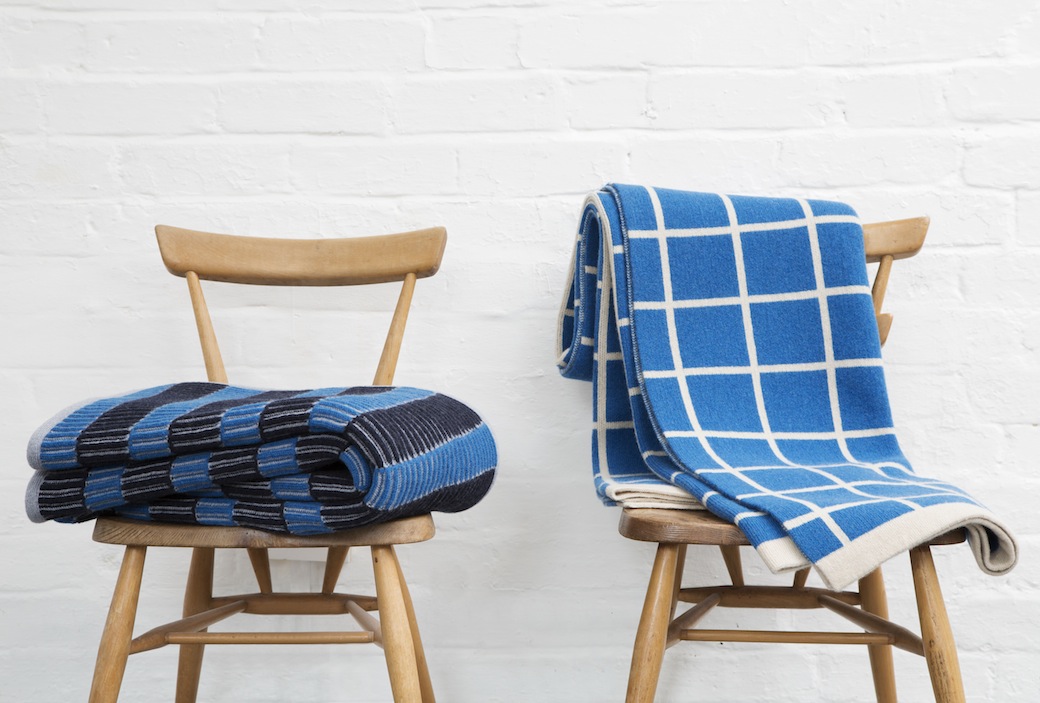 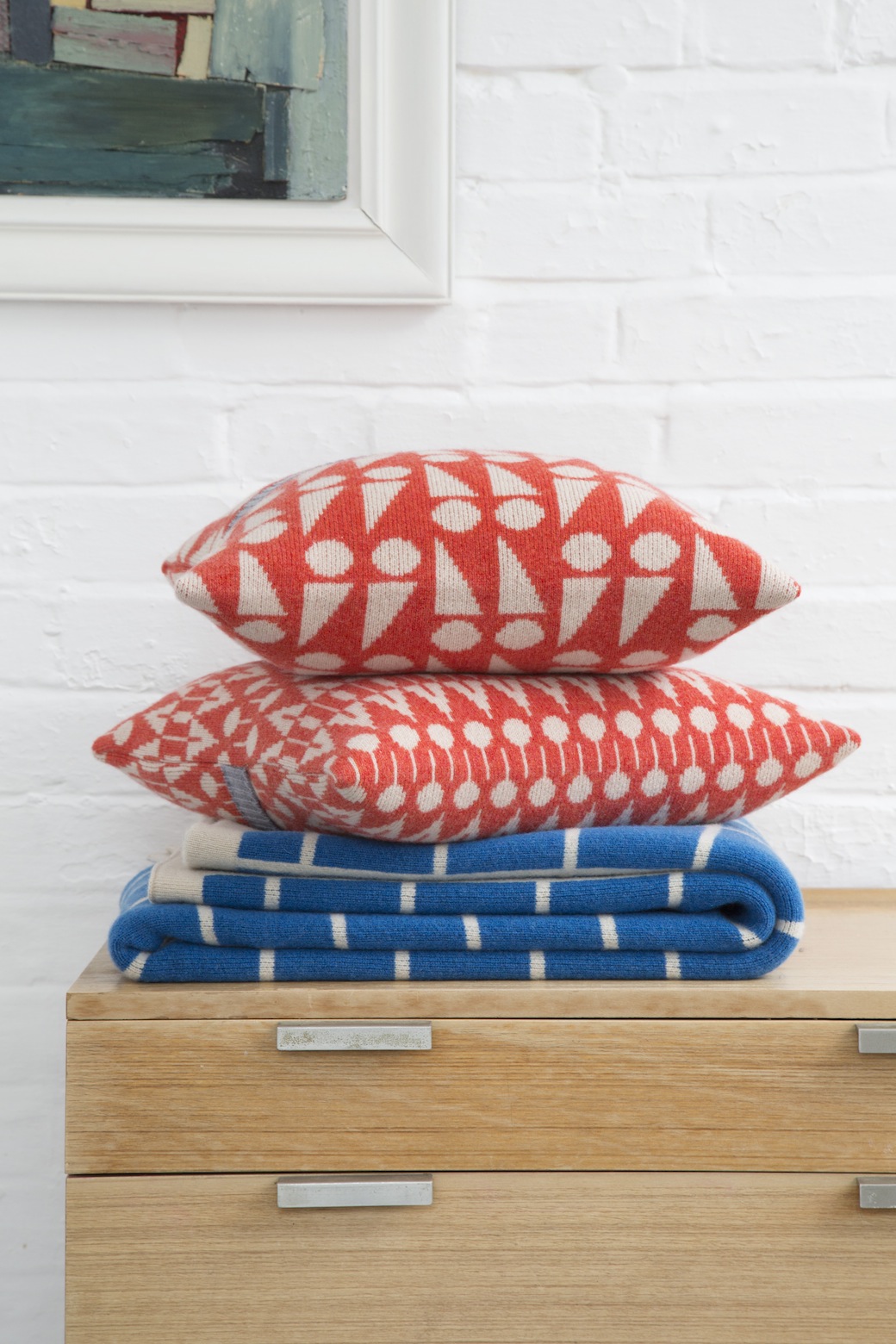 In our previous chat you mentioned how your influences are very wide ranging and that sometimes even a film can be a catalyst – at the time you’d just watched Moonrise Kingdom and cited that. What have been your current sources of inspiration?

I went to Paris for the weekend earlier in the year and was lucky to catch the Sonia Delaunay exhibition. I loved her textiles – they’re full of colour and geometric inspiration. 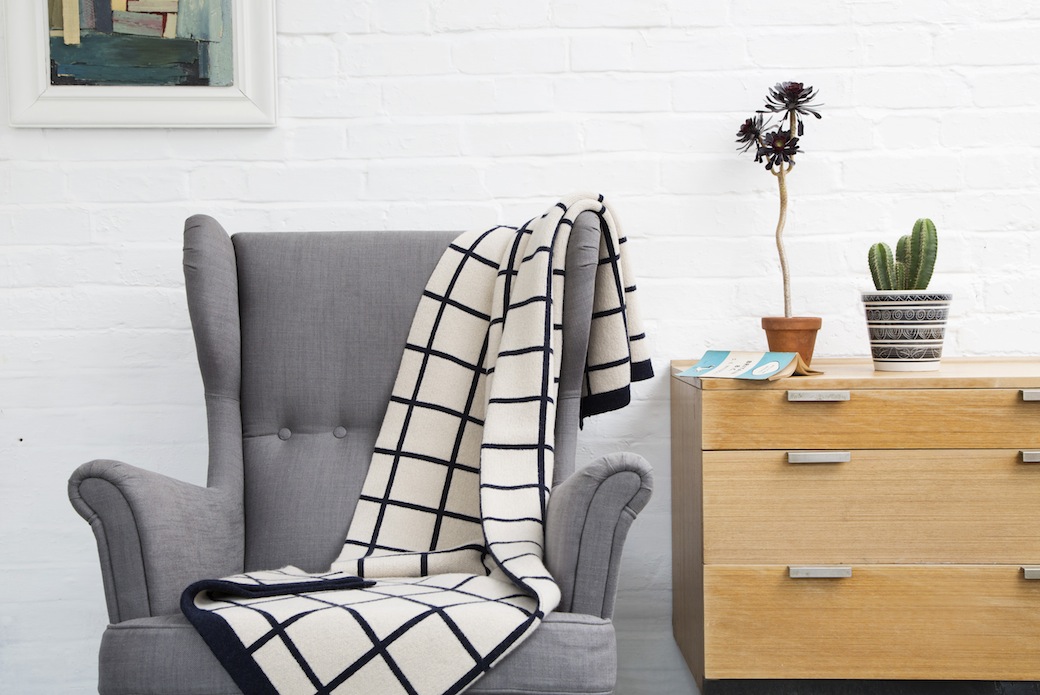 Do you have a favourite piece from the new collection?

My favourite is the Grid cushion (below) and blanket in neptune blue and oatmeal. 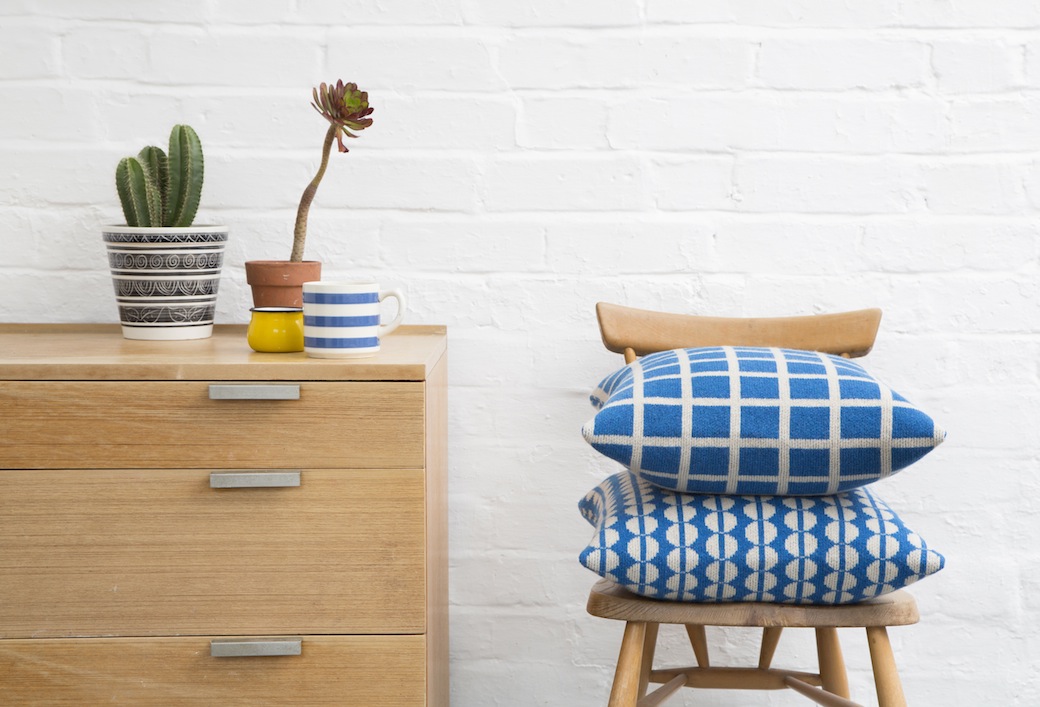 What else are you working on at the moment?

I’m working on some Christmas ideas… 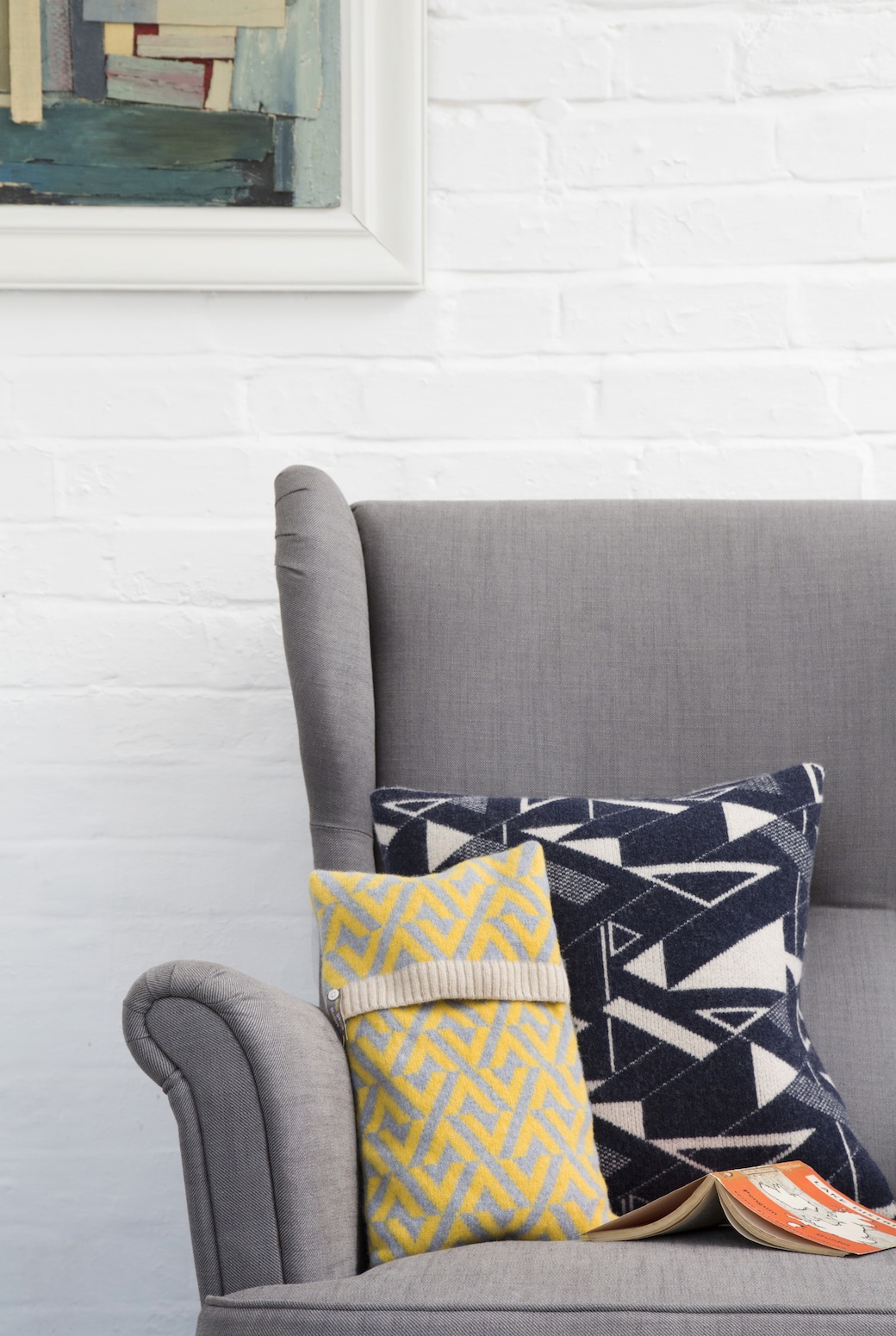 With thanks to Joy Bates. See the full collection on Seven Gauge Studios.

IN CONVERSATION WITH SEVEN GAUGE STUDIOS