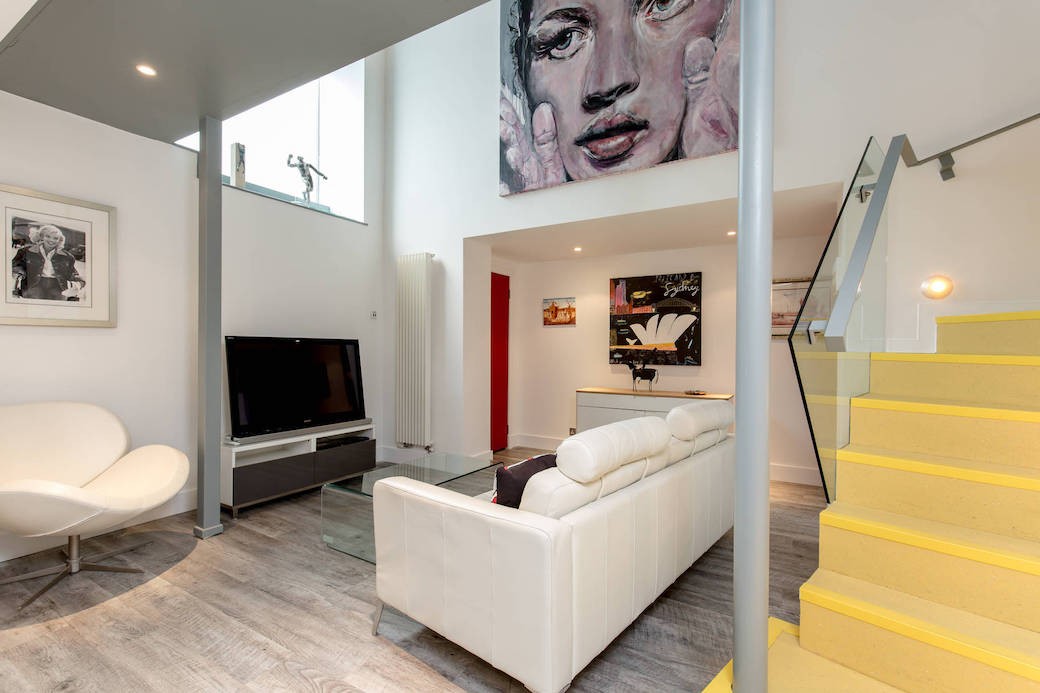 Years ago, I wrote about two projects on Royal Park Terrace in Edinburgh – numbers 40 and 42. Both properties had previously been shops and were converted in 2002/3 to residential use by Zone Architects. Architect David Jamieson worked closely with both owners to create bespoke living spaces. Number 42 was a home and studio for a photographer, while number 40 was converted into a home. I remember arriving at number 42, entering across the walkway that led inside from the front door, where the owner had parked his motorbike, and realising that this was going to be a very distinctive home indeed.

In terms of the spaces and volume, number 40 was no less unique. And thirteen years after that first visit – and no, I can’t believe it’s been that long! – this property at 40 Royal Park Terrace is now on the market with Coulters. 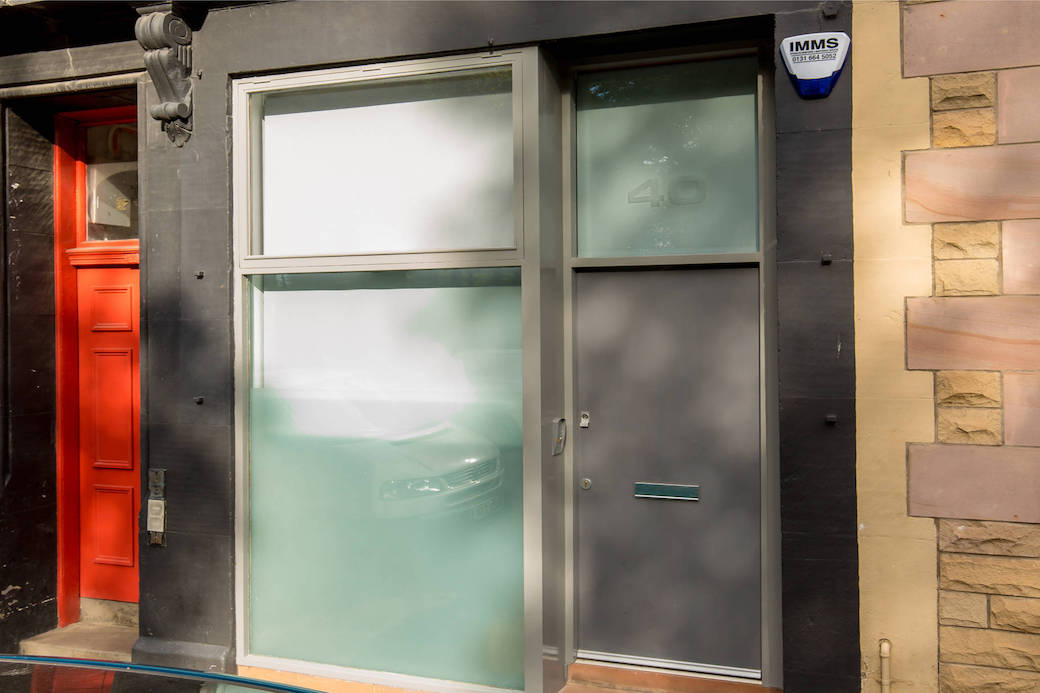 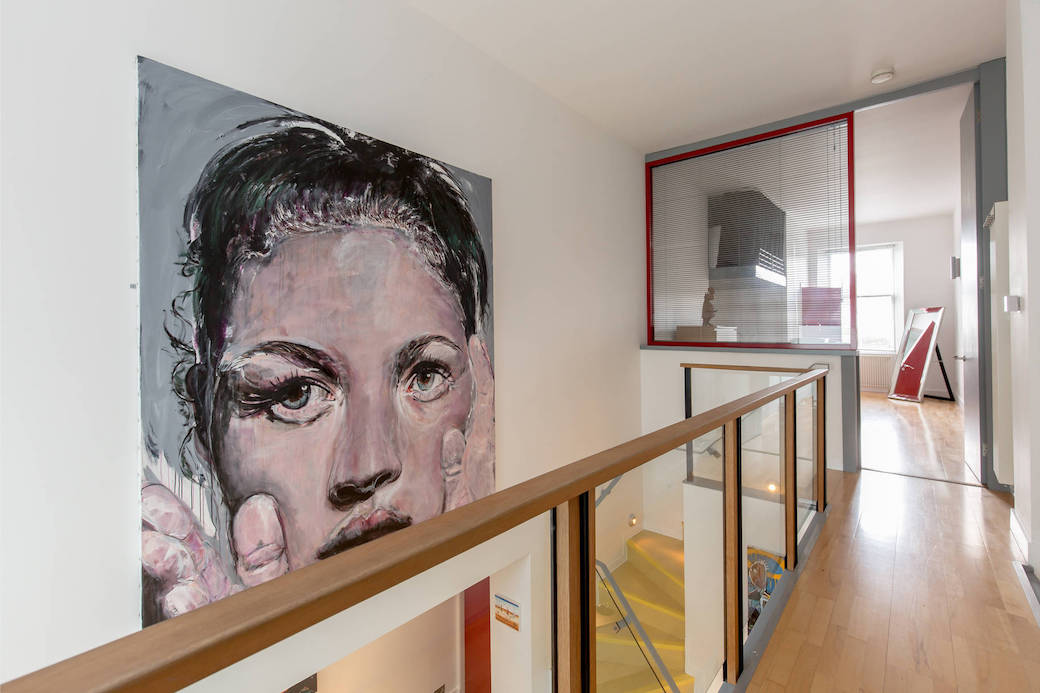 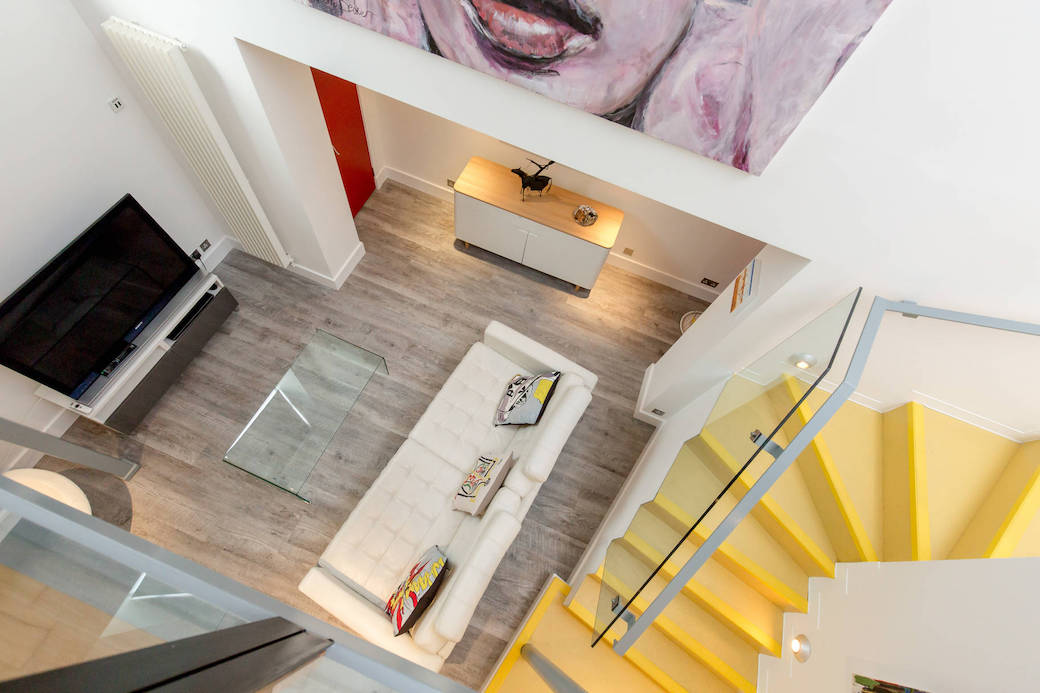 From outside on the street, you really would have no idea what this interior was going to look like. Nothing about the façade suggests the volume of the space inside. The south-facing entrance – the original shop front – has a glazed wall, which is opaque at the lower level, and this gives a nod to the origins of the property. A steel and glass entrance ‘bridge’ leads to a large bedroom and en-suite shower room at the rear of the ground level, while a new staircase leads down to the main living areas below. 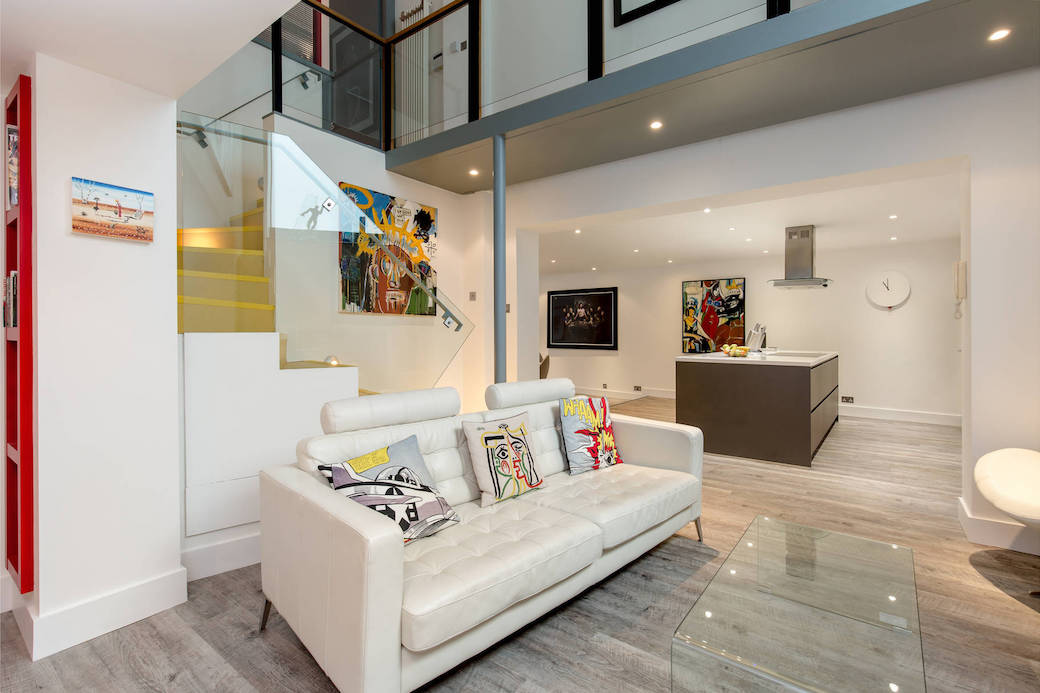 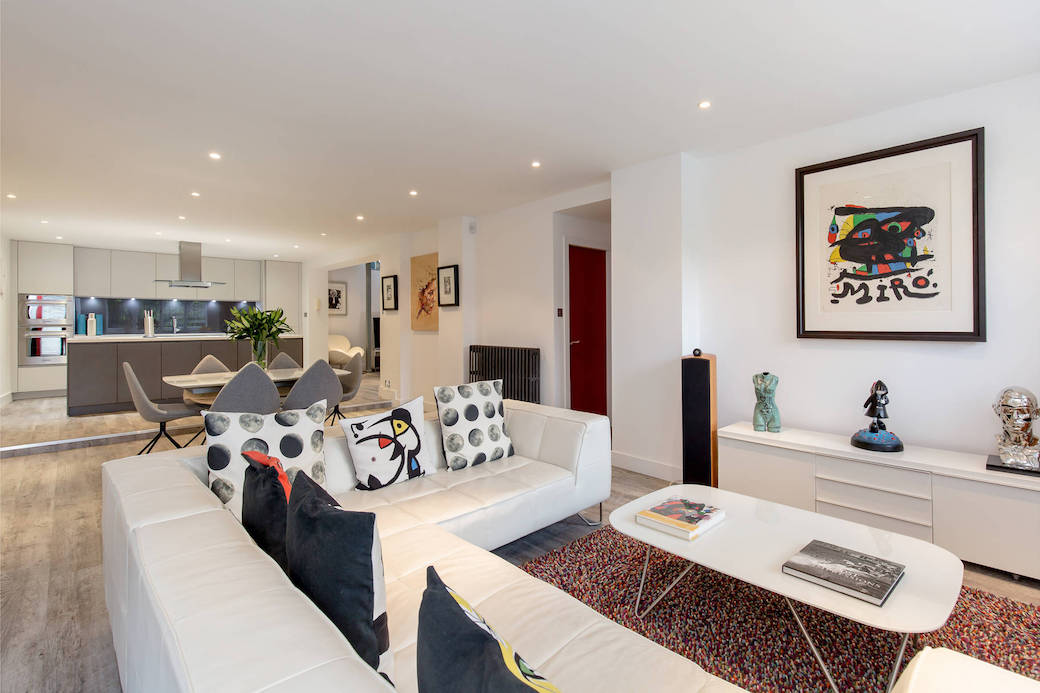 I wish I still had my interview from all those years ago as I’d be intrigued to revisit the original owner’s ideas for the space looking at today’s photos, but the sense of volume was clearly key to the design as evident in the dramatic double-height seating area. As well as the open plan living, dining and kitchen space, there’s also a second bedroom, utility room and bathroom on this lower level. 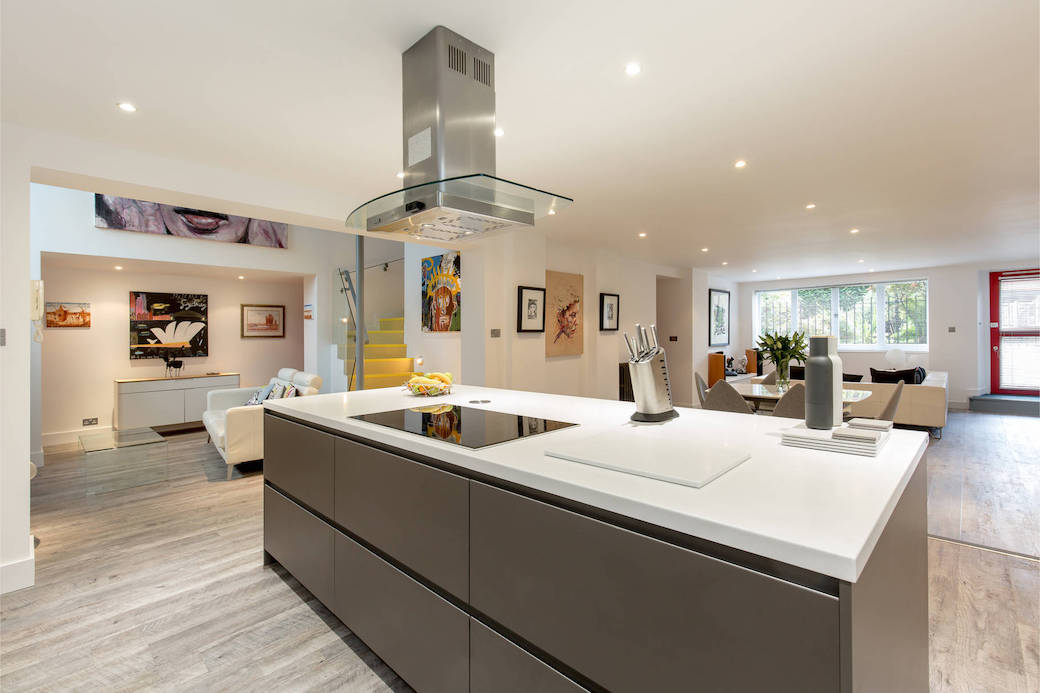 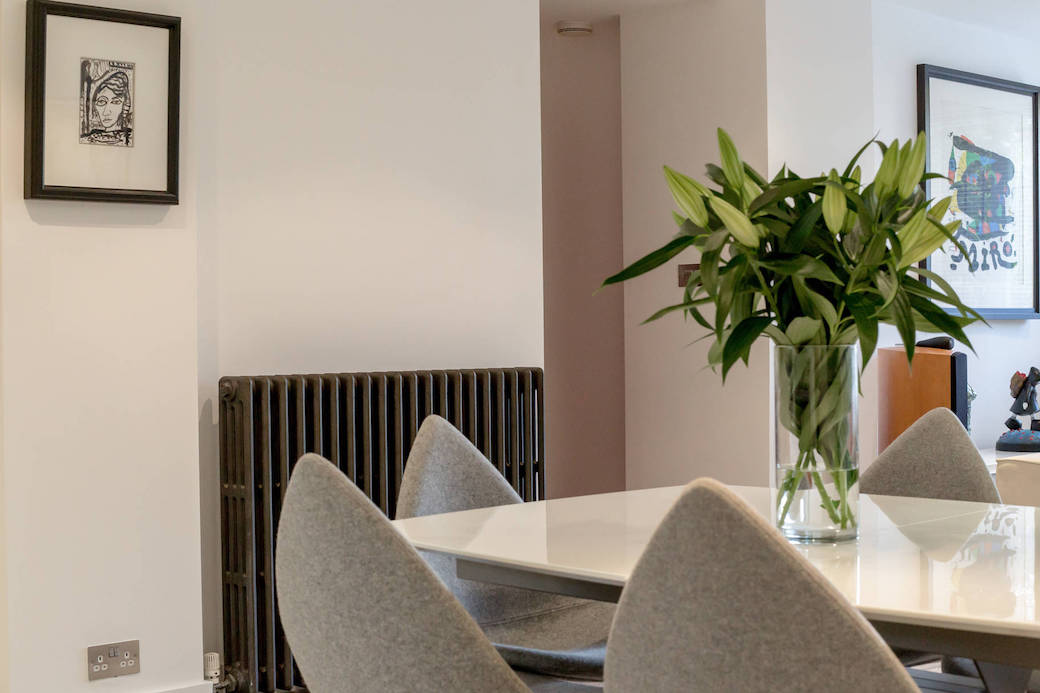 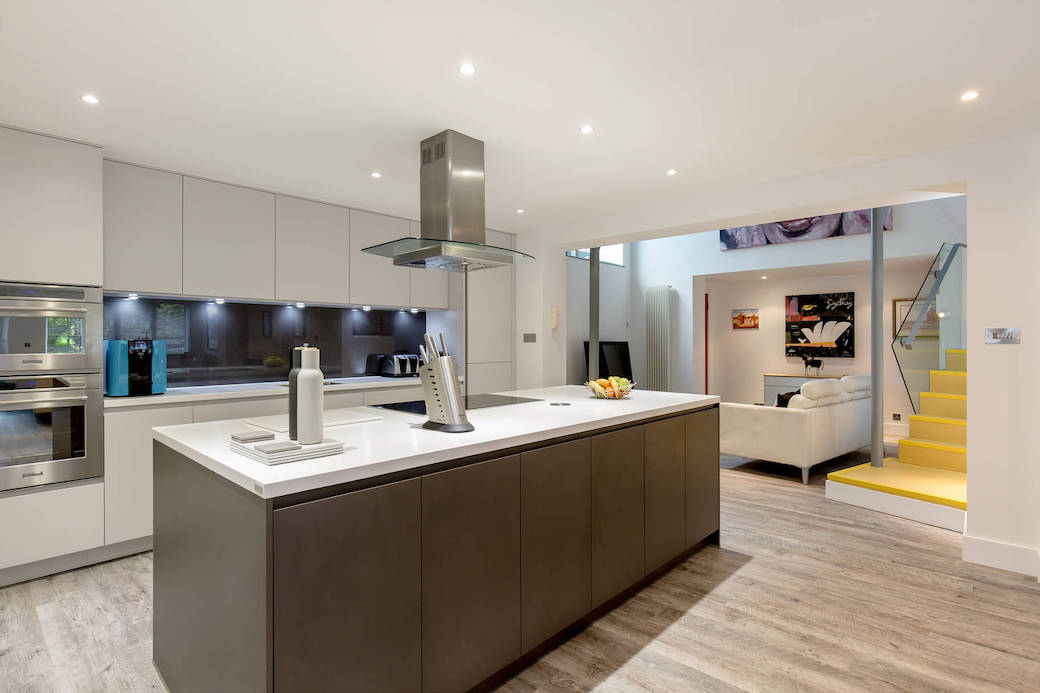 The current owners have made some significant changes since moving in. The contemporary kitchen is a new addition and its minimal and crisp design sits well within this pared back loft-like space. They also upgraded the two bedrooms, both of which have their own distinct identities: the bedroom on the ground floor has a small mezzanine space thanks to the extra tall ceiling height here, while the bedroom downstairs features these gutsy industrial-styled sliding doors that open to reveal the wardrobe and storage spaces inside. 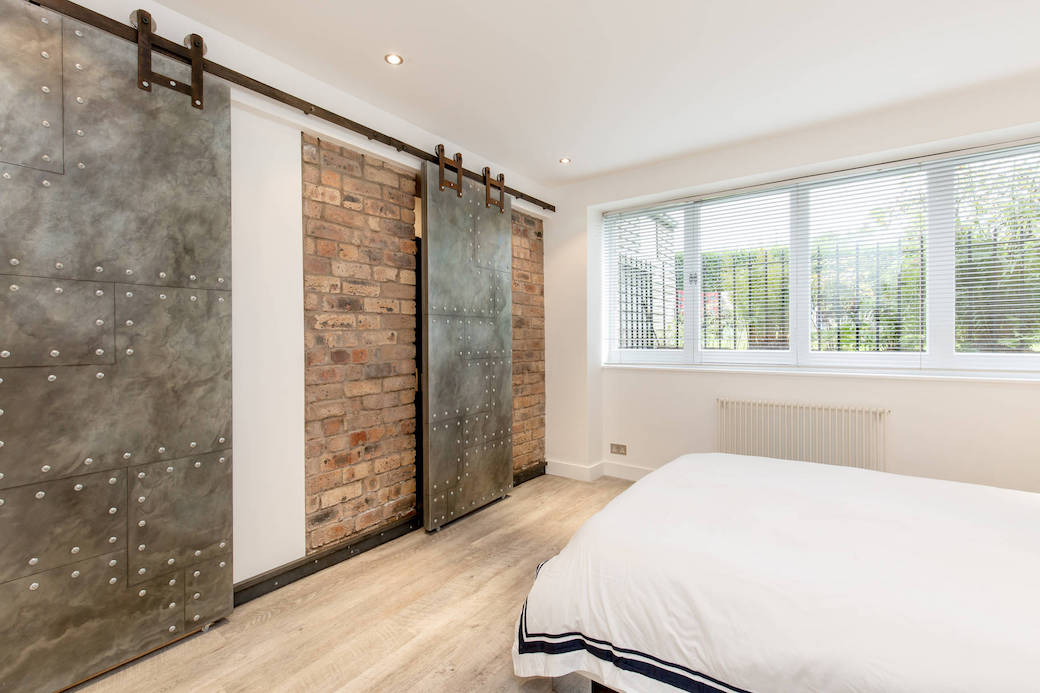 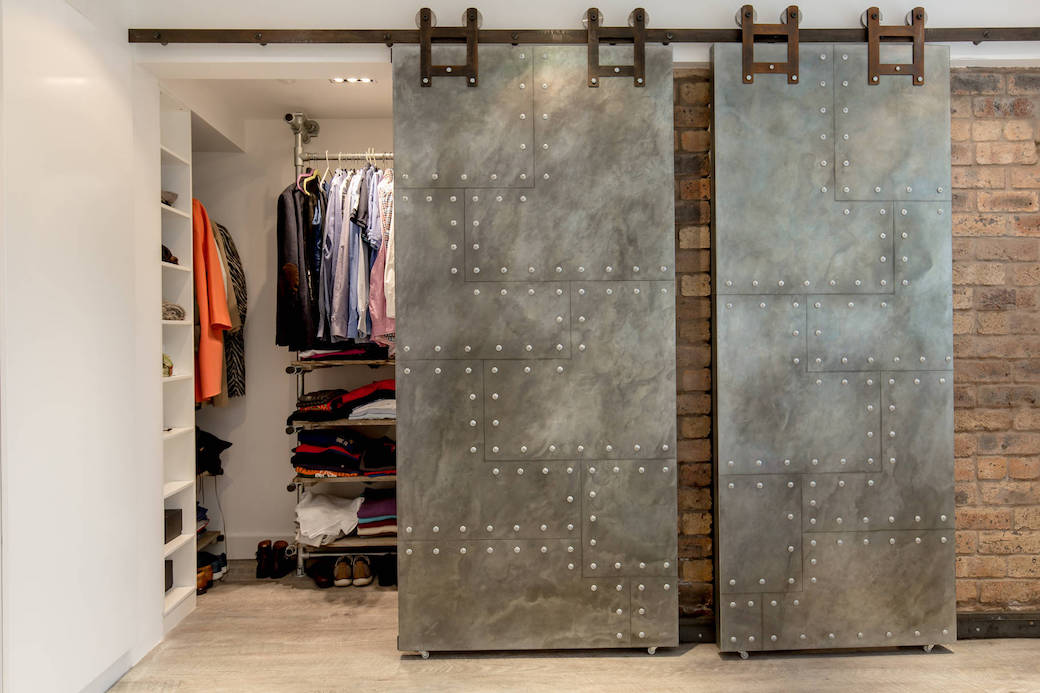 At the rear, this flat looks onto a communal garden, while at the front, Holyrood Park is literally over the street, and you have the walks around Arthur’s Seat on the doorstep.

Location aside, for me, this flat is exciting because of the space. The interior is filled with dynamic touches, from the yellow staircase to the moodily-hued bathroom with its colour-pop accents. 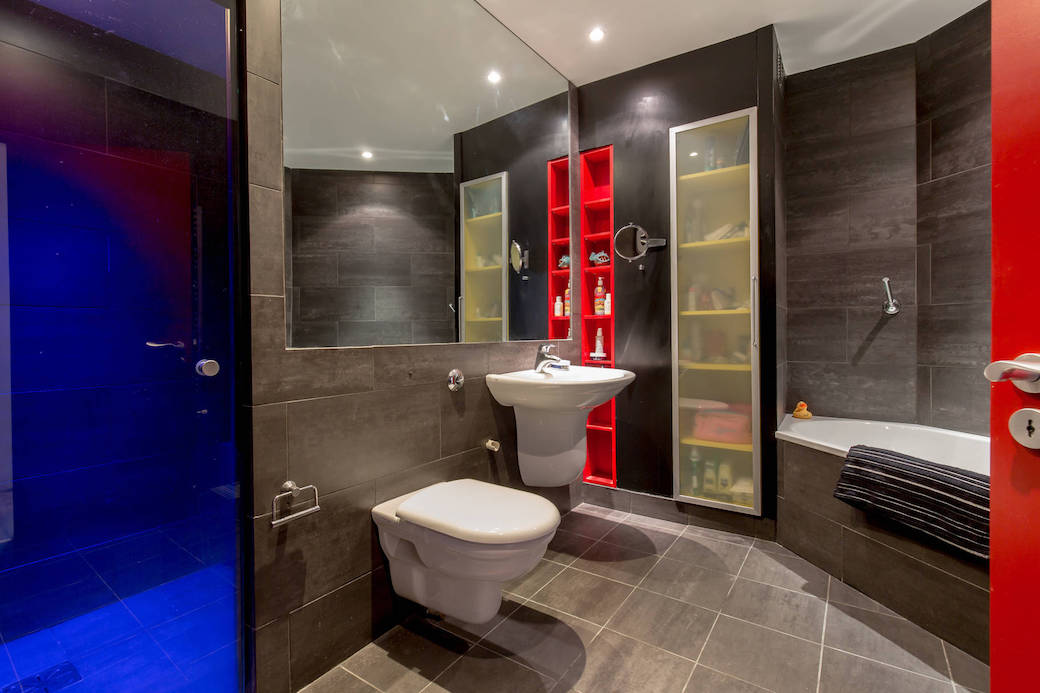 But I also like the unexpected volume here – this double height space below, which is bathed in light from the southerly aspect, and the way this seating area flows into the kitchen and dining area and then into a further seating area at the back of the flat. There’s a lot of living space here for a two bedroom property. Other than the neighbouring conversion – which shares the sense of volume and drama but with a different aesthetic – there is nothing quite like this in Edinburgh. 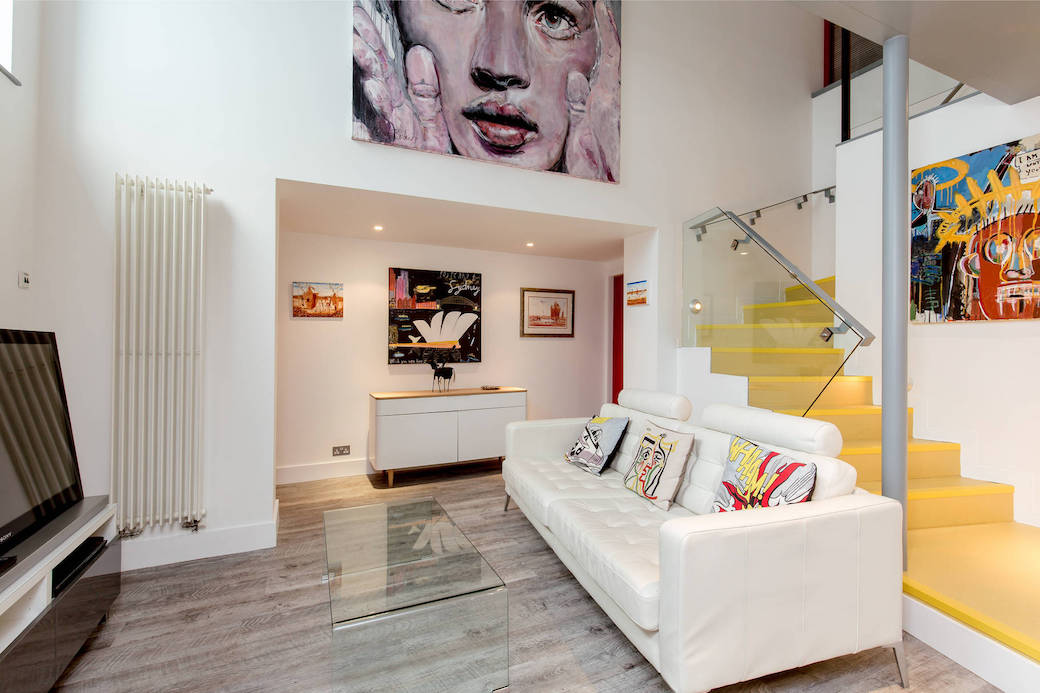