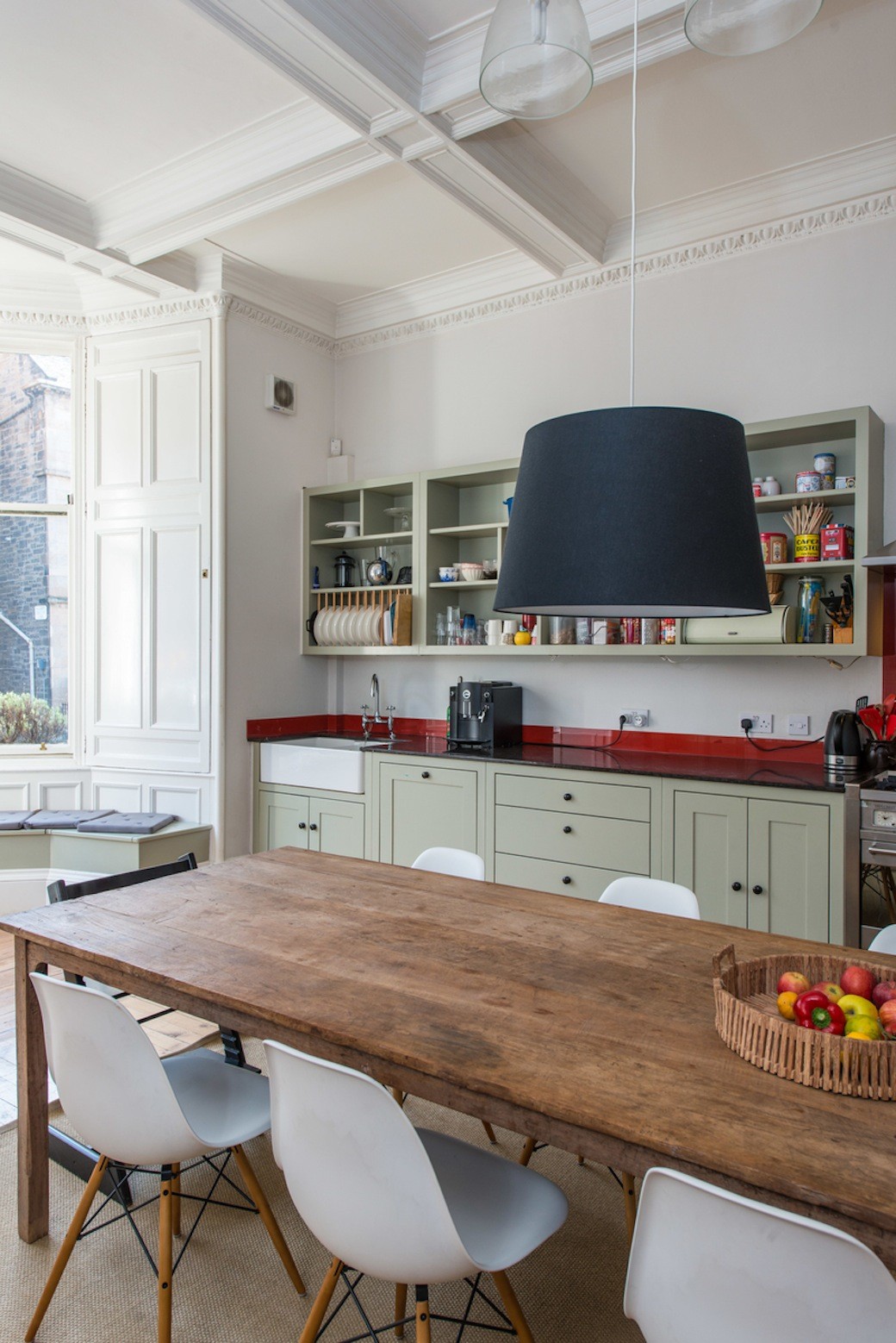 Some houses just have style. Their bones are good, in terms of scale and proportions and detailing, be that period detailing or contemporary. They have great light. It doesn’t hurt to have a great location, obviously. And then there’s that slightly harder to define thing: an interior that feels really beautifully designed and elegant and cool. It might be the fittings, it might be the palette, it might the furniture or artworks. It might be a combination of all of the above. 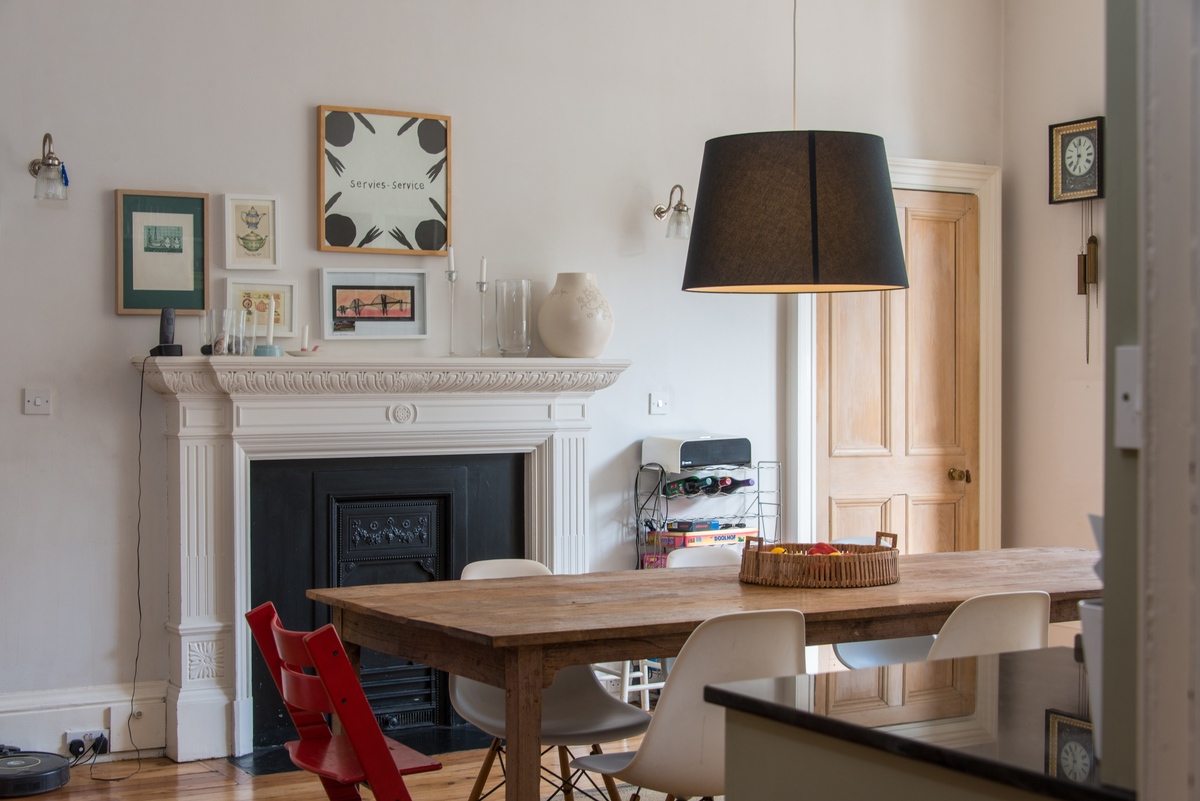 This gorgeous B listed upper townhouse at 10 Rosebery Crescent in Edinburgh’s West End is one of those houses. It’s funny the things that can pique your interest when you first look at a schedule or a set of photos for a property. Clearly – and if you’ve followed the Files for a while you’ll know where my taste lies in kitchen design – the generously-proportioned dining-kitchen at number 10 did leap out from the screen. What a fantastic space. I could live in this kitchen, frankly. There’s the mellow colour of the bespoke cabinetry and open shelving – French Gray by Farrow & Ball – against that vibrant pop of red glass used for the splashback. Now that’s a great touch. 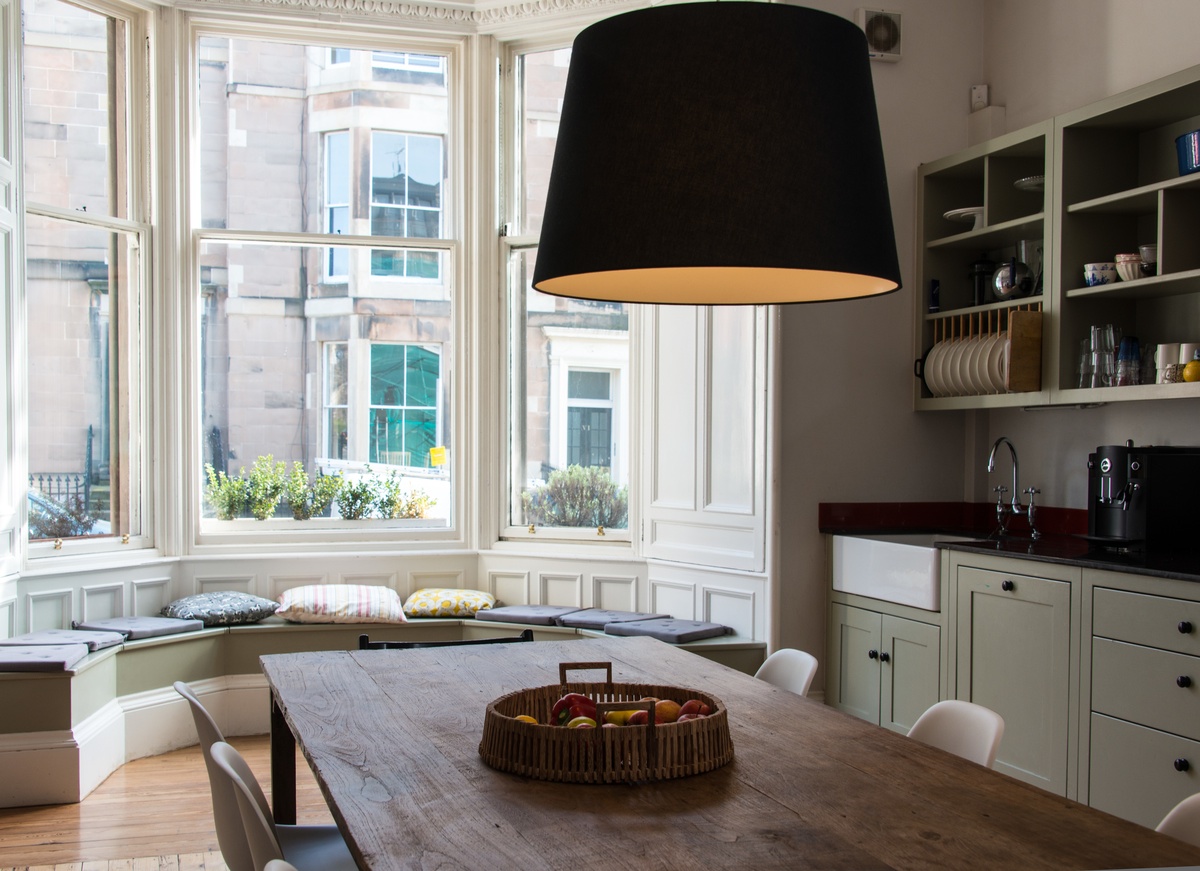 And as you work your way round this house, there’s much to admire. The bay windowed drawing room on the first floor is a knockout space – just look at the decorative plaster detailing here, and the scale. There are five bedrooms arranged over the three floors, including the master bedroom on the first floor with a large en-suite bathroom, and with three great family bedrooms upstairs along with another bathroom. There’s also an en-suite shower room (combined with a utility space) for the bedroom on the ground floor. The layout works brilliantly for a family, giving everyone their own space. 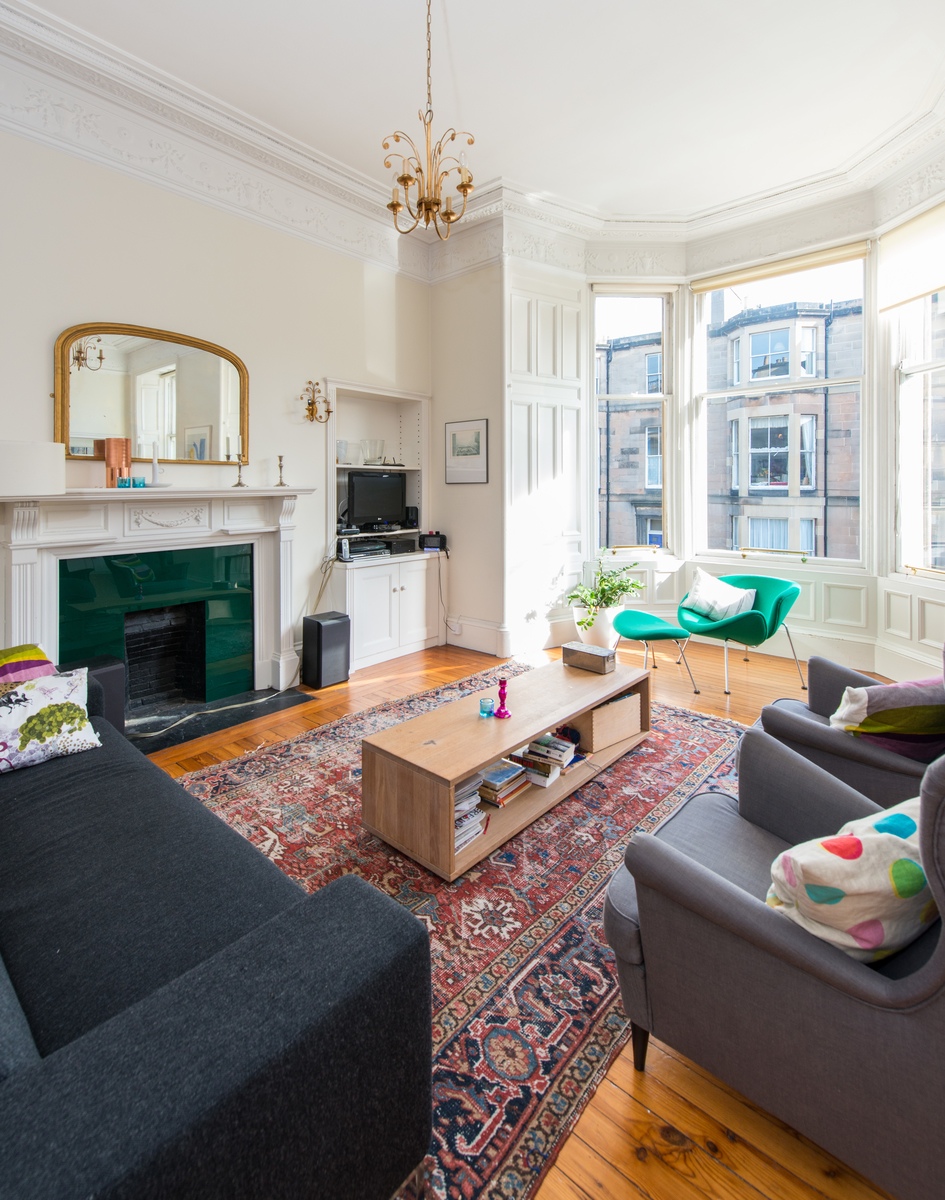 But the thing that caught my eye, perhaps bizarrely, was the poster that hangs on the staircase between the first and second floors – a staircase that’s literally drenched in light from the giant cupola above. The poster is for the film Io Sono L’Amore, or I Am Love, directed by Luca Guadagnino and starring Tilda Swinton. It’s a ravishingly gorgeous film, filled with the most exquisite sets and clothes – Swinton’s entire wardrobe was designed by Raf Simons for Jill Sander (swoon), while the majority of the film is set in the wonderful 1930s Villa Necchi Campiglio in Milan. To me anyway, choosing to display a poster for a super-stylish film with this design pedigree suggests owners with a keen eye for design. 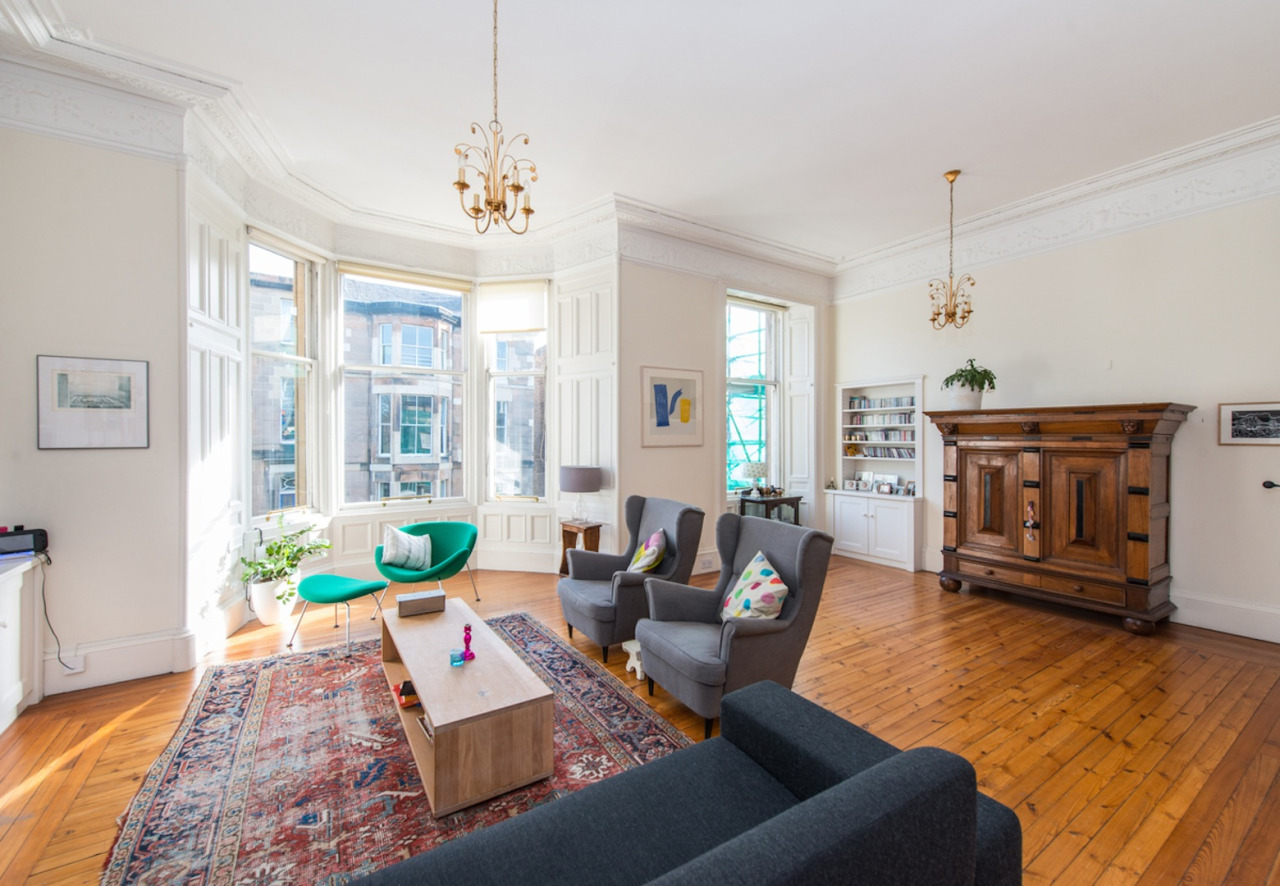 And this theory was borne out when chatting to owner Henrietta McMicking, who moved here with her husband Henry Faure Walker back in 2007. The house was in need of refurbishment and some reconfiguration at the time. “The work I did was about stripping it back,” Henrietta explains. “My idea was to bring all the rooms back to their original scale – some of the bathrooms had been made into smaller rooms, for example.”

This Victorian terrace dates from circa 1892, and all the houses here share the same striking period features, but Henrietta realized that the existing layout wasn’t best suited to how the couple wanted to live with their young family. Her answer was to make the bay windowed sitting room on the ground floor into today’s dining-kitchen, and remove the old kitchen from the first floor. As she says: “We realized we didn’t need the additional reception space, and we wanted another bedroom. So the kitchen became the master bedroom suite, and we made a big ground floor kitchen, which was much more useful.” 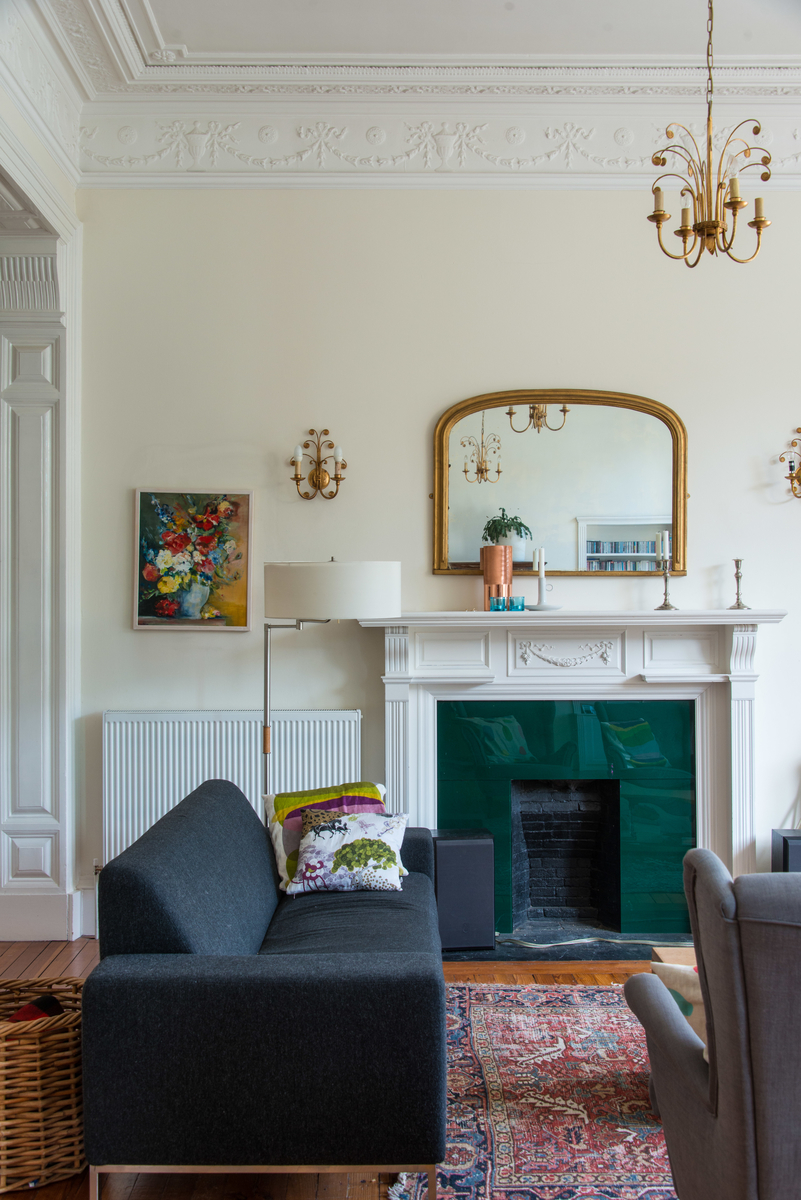 Renovation and interior design runs in Henrietta’s blood. Her mother ran a property company in London for 25 years and mother and daughter have worked on many projects together. “We used my mother’s brilliant contractors here,” Henrietta says. In fact the contractors, who were all based down south, lived with the family during the renovation, staying on the ground floor while the family were upstairs and then swapping round as the spaces were completed.

There are cleverly considered details throughout. In the kitchen, Henrietta installed extra-deep granite worktops so that smaller appliances can be tucked to the back while leaving ample work space. She describes the open shelving as “shop-style” while additional storage space is concealed under the window seat for all the pieces you don’t want to use every day. 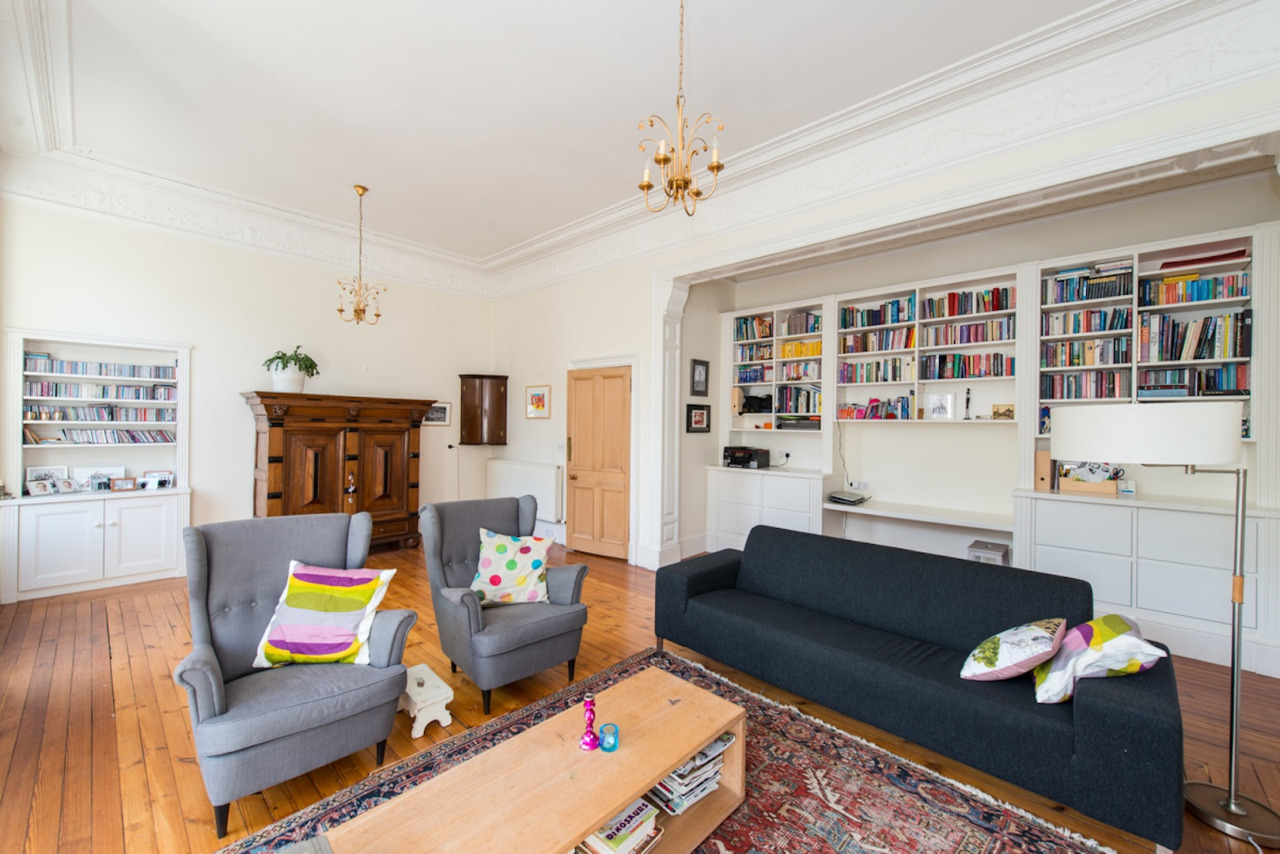 When designing the floor-to-ceiling bookcases upstairs in the drawing room, Henrietta took her cue from the detailing on the original pillars that frame this alcove area. Again she chose a chalky Farrow & Ball hue – Dimity – for this room. The old-new mix is once again evident in the furnishings as the streamlined sofa and contemporary wingback armchairs are complemented by a striking antique dresser. As Henrietta says: “Henry and I became addicts to Ramsay Cornish.” This eclectic mix sits perfectly in these light-filled and beautifully detailed spaces. As Henrietta prepares for another project, I reckon that this dining-kitchen in particular will be a hard act to follow. 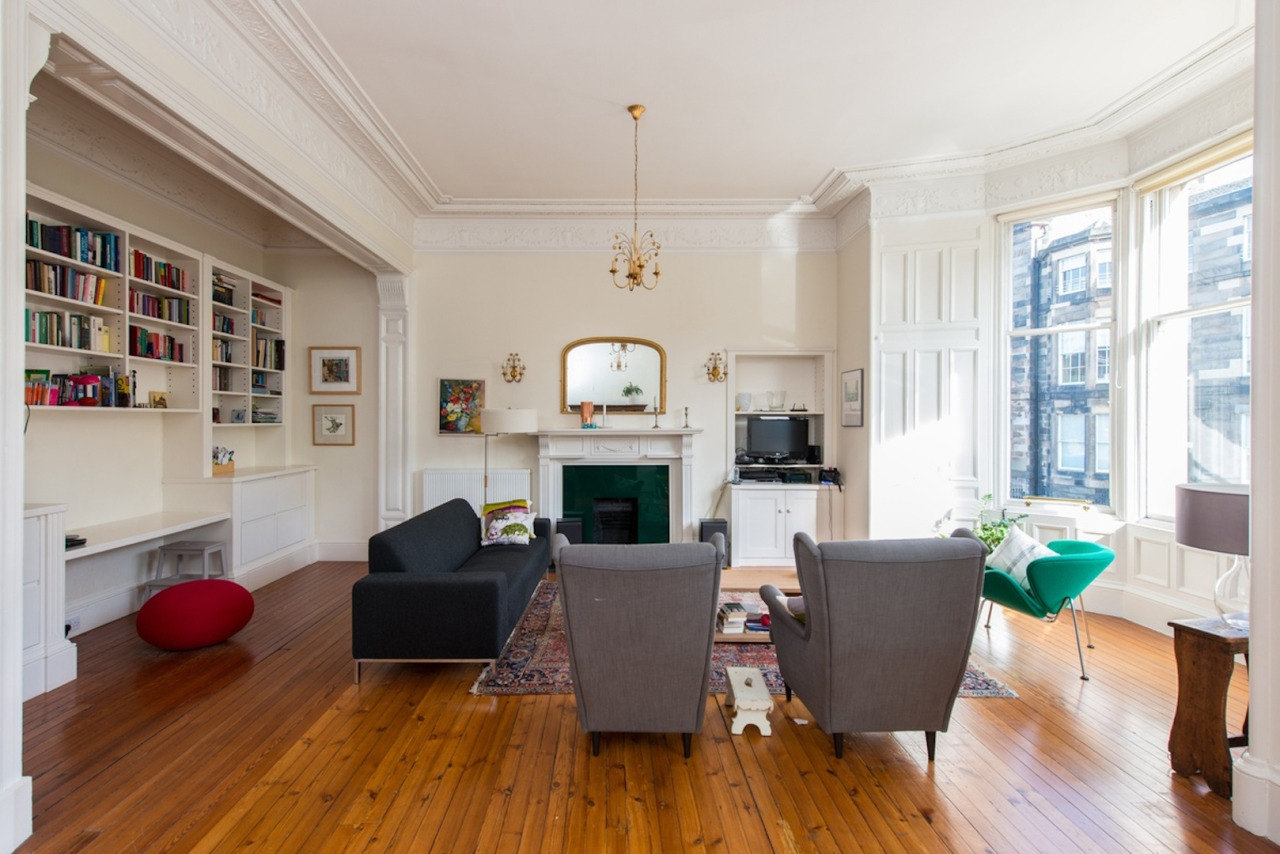