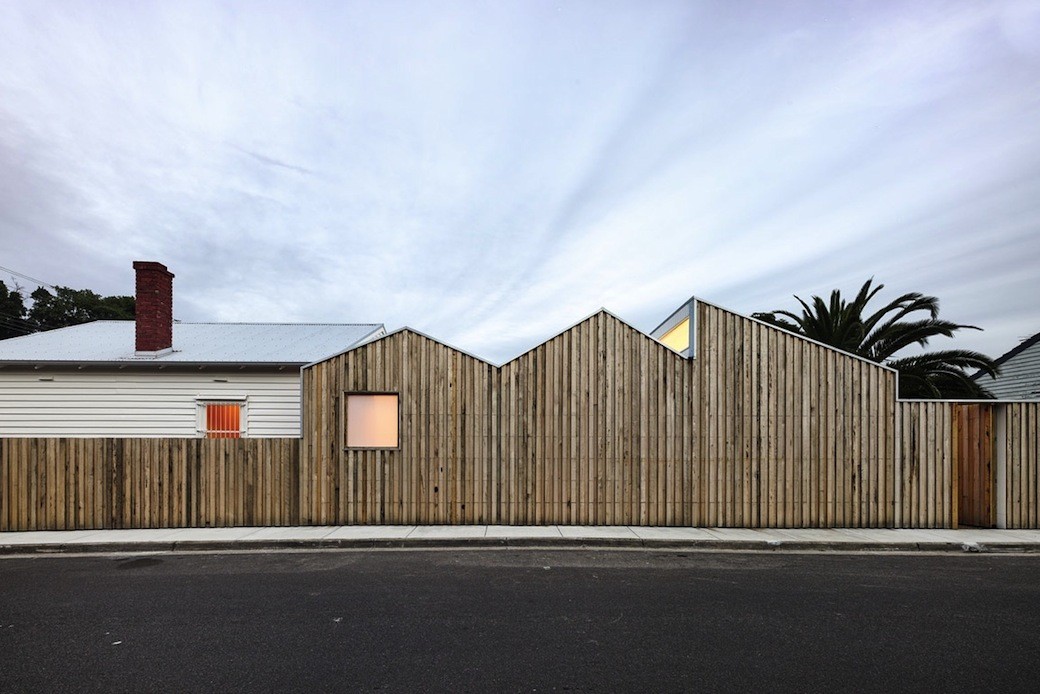 Located in Brunswick East, an inner-northern suburb of Melbourne, architect Anthony Clarke of Black Line One X Architecture Studio (BLOXAS) had two key challenges when designing the Profile House. His clients had lived in the existing timber bungalow for over ten years, but the family of five had outgrown the two bedroom house. They needed more space and wanted an interconnected family-friendly style of living that also offered an indoor-outdoor flow. 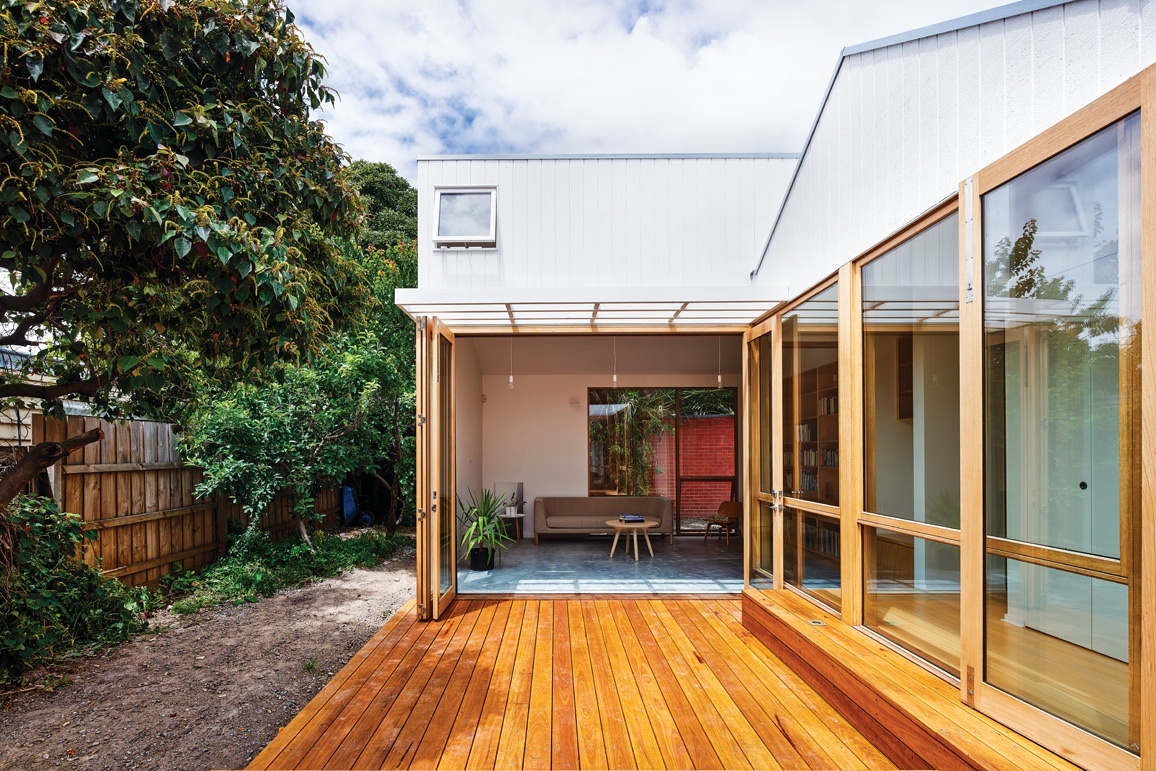 Secondly, there were security issues to consider as the western edge of the site faces onto an industrial area of brick and corrugated iron warehouses – some in use, with others lying empty. Clarke responded to this aspect of the brief by designing a high boundary timber wall/fence that follows the form of the interior spaces while referencing the industrial rooflines of the neighbouring buildings. Rough-sawn overlapped Victorian ash timber cladding was used, and the finish will weather over time to a subtle grey hue. 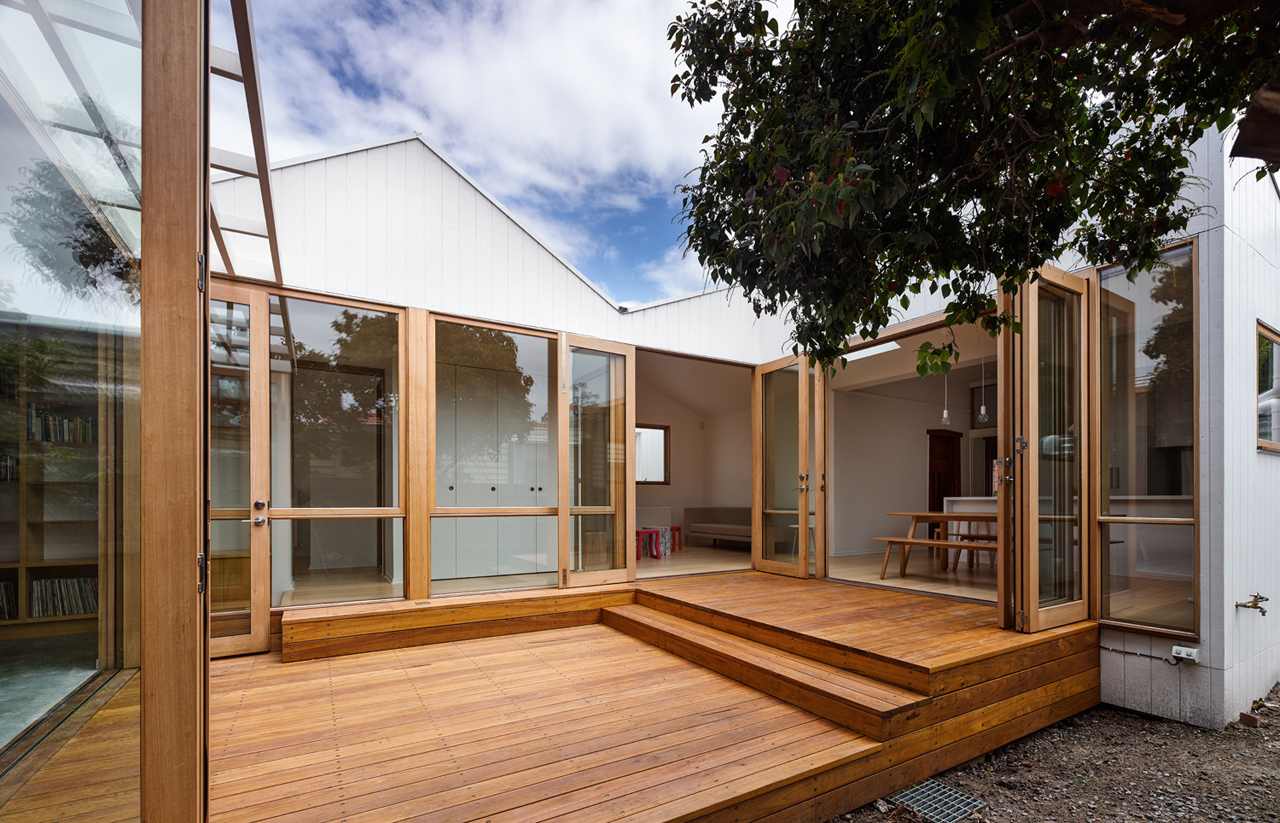 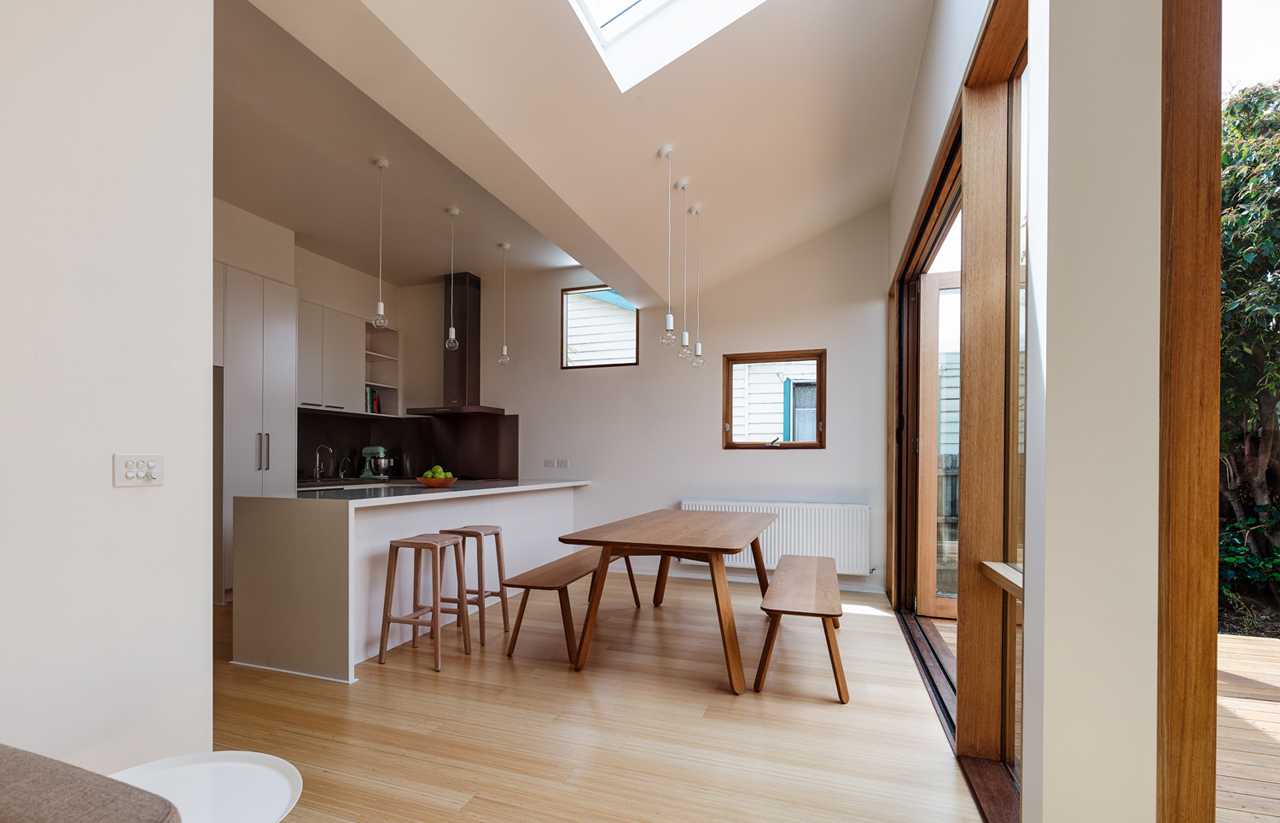 Internally, there’s now a reconfigured kitchen and dining space, an informal play area for the children, a new living space, an internal courtyard area, and a new main bedroom and en-suite. As well as the increased floor space, the high ceilings in these areas help create a sense of volume and light that was missing from the existing bungalow. 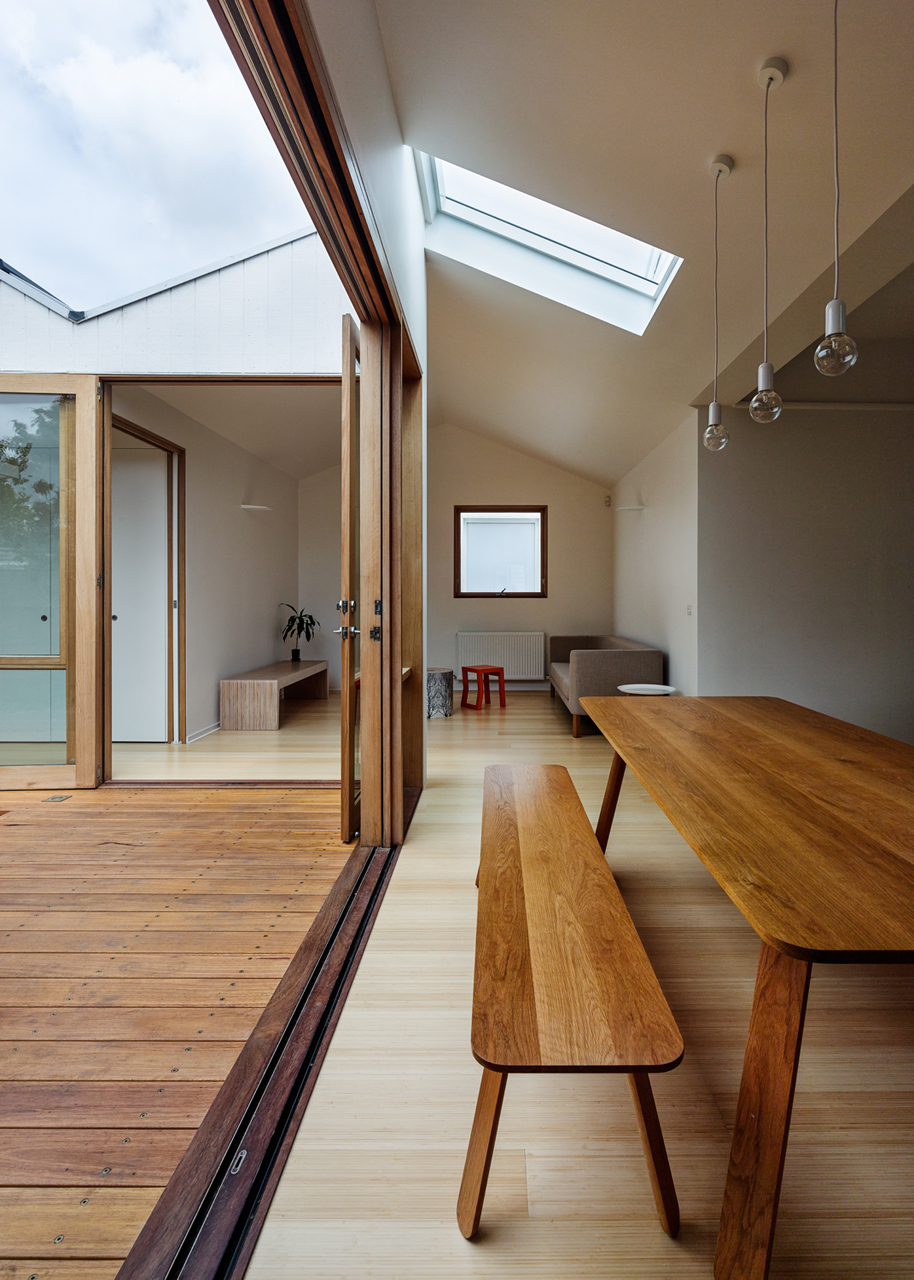 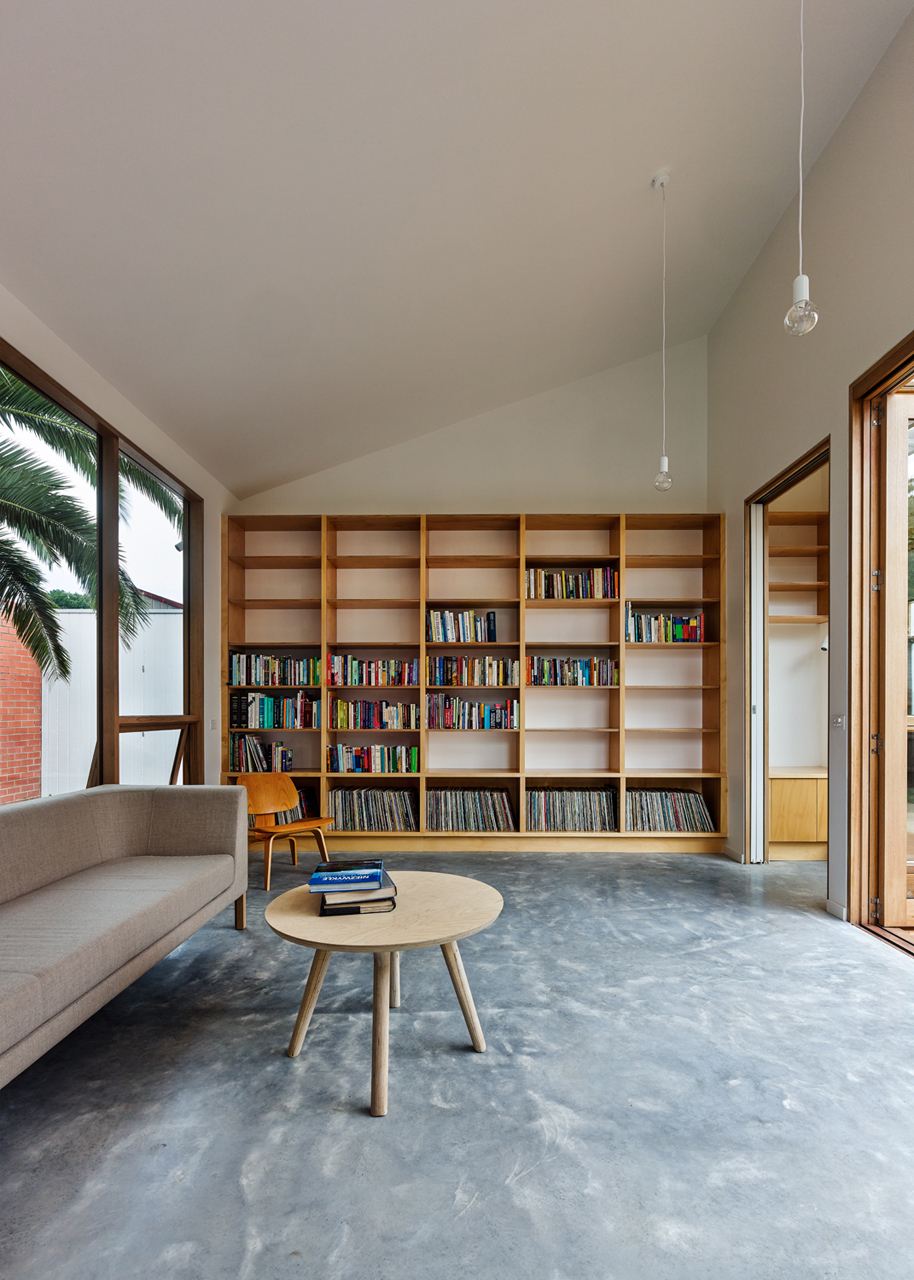 The design did require some compromise as the original back yard was consumed by the new section of the house, but the central courtyard has introduced external space that’s more integral to the overall flow, and an area was retained for a small garden. Rather than views out beyond the boundary, because of the nature of this site the views are orientated inwards, between the internal spaces and the courtyard. The original house is as it was, albeit now refurbished. What an inspiring response to a location. 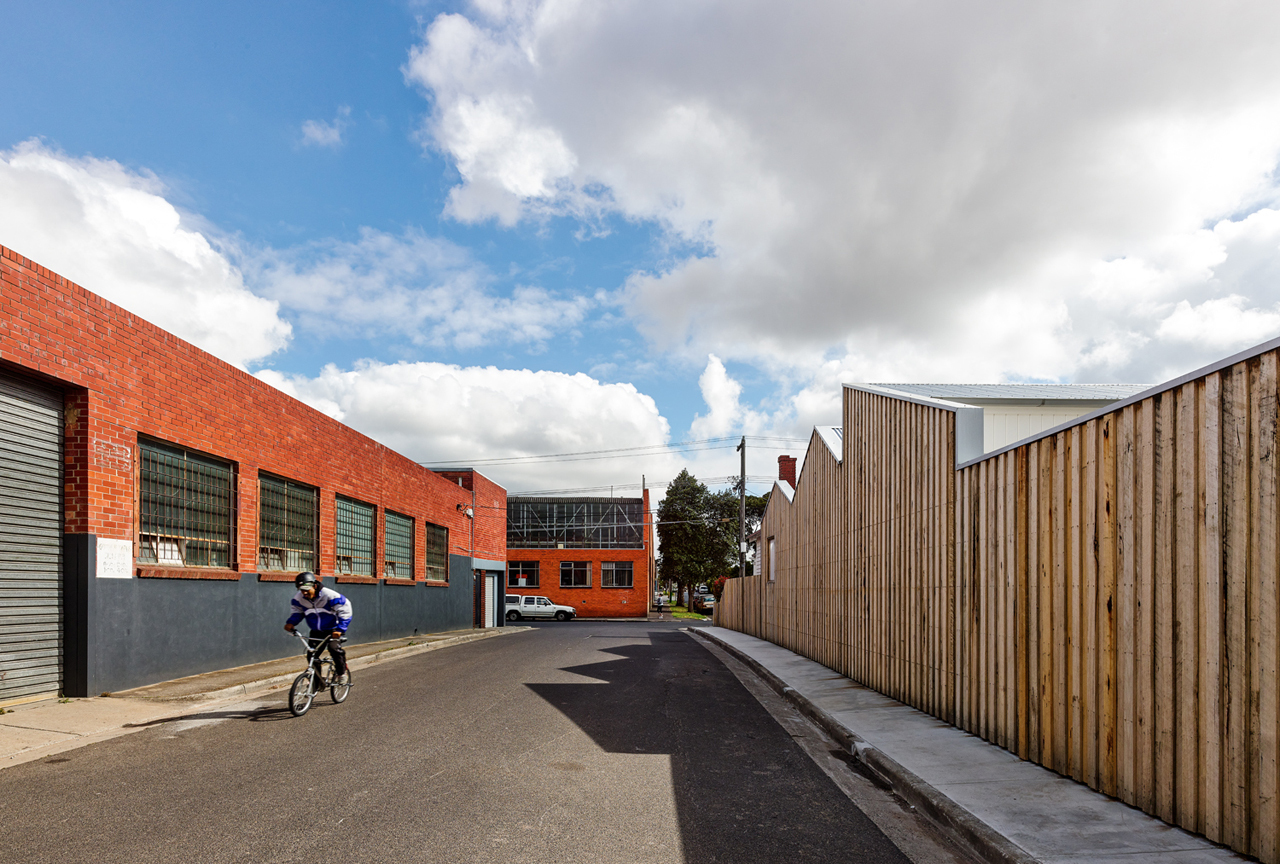 Photography by Peter Bennetts. For more information and photos see this post on ArchDaily and this feature on ArchitectureAU.