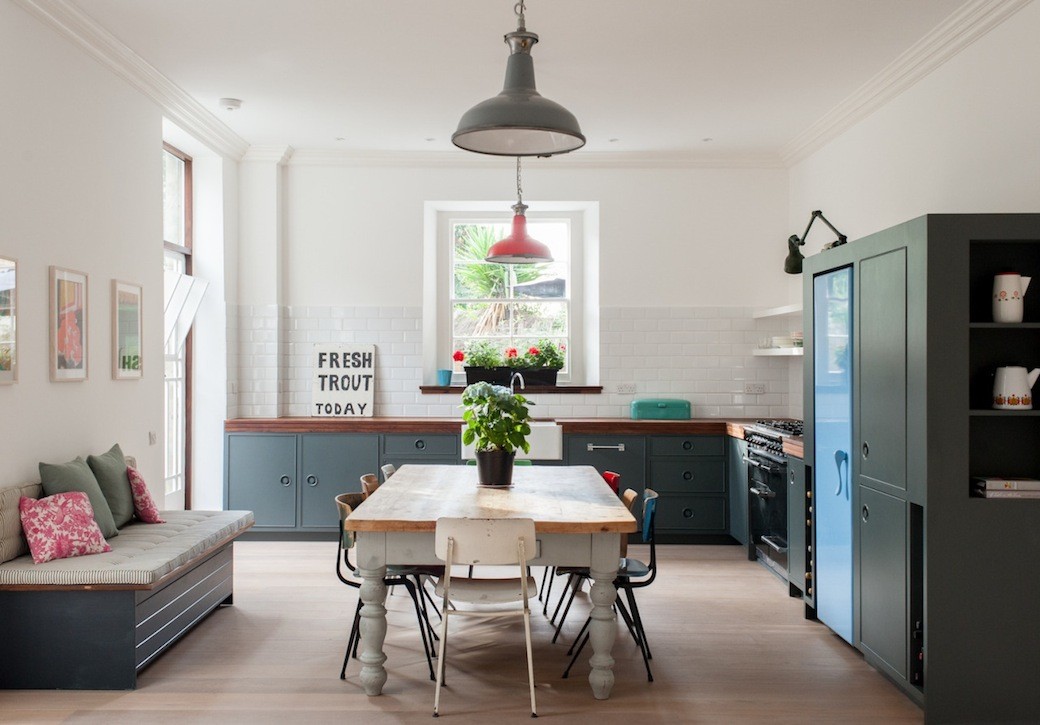 When it comes to properties, I absolutely believe in love at first sight. I remember once, years ago, turning up to a photo shoot at a cottage in the Scottish Borders to find a giant, and I mean giant topiary hen outside the front door. You couldn’t help but smile. Granted, this might not be everyone’s idea of a selling feature, but for me it hinted that this interior was going to be really interesting, and it was exactly as quirky and eclectic and brilliantly designed as that introduction suggested. 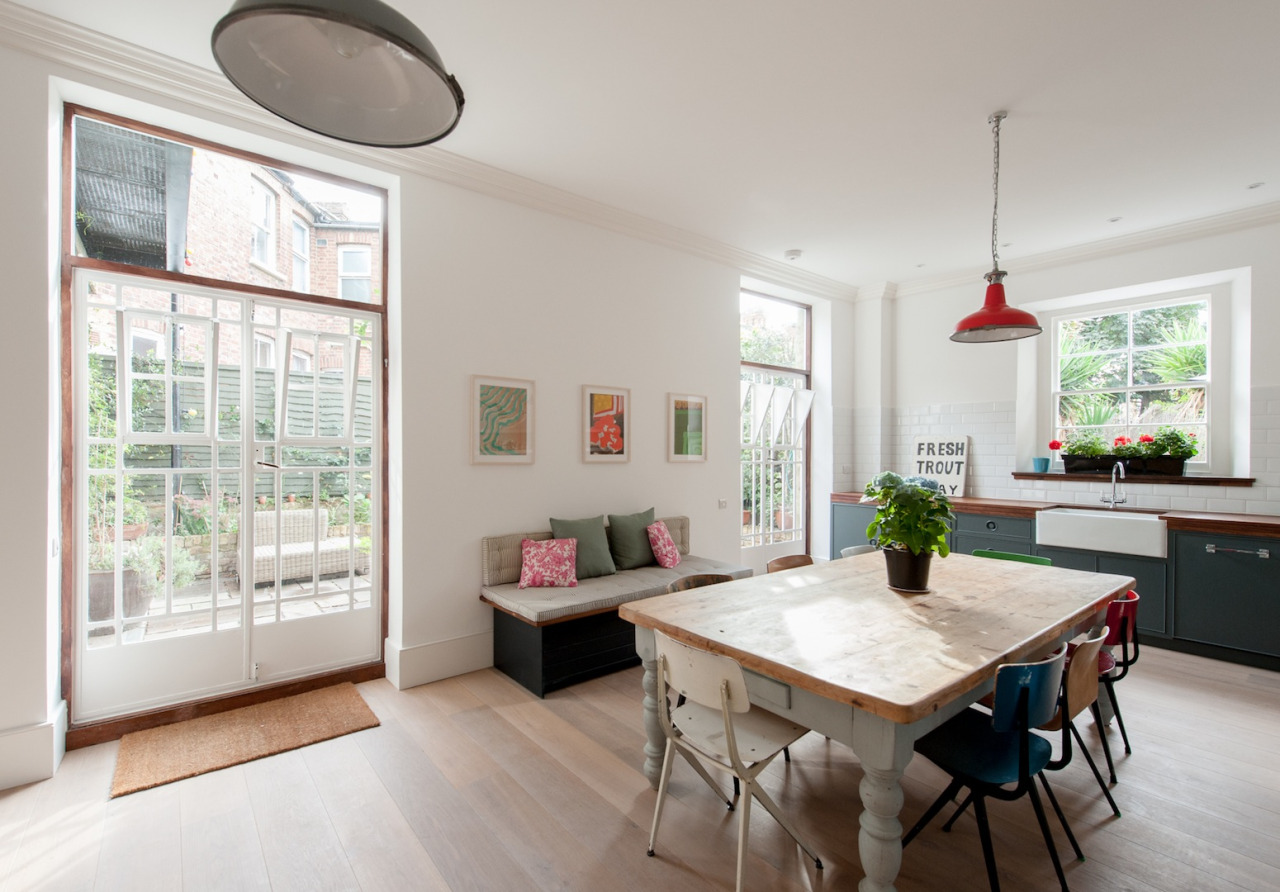 It’s a gut thing; it isn’t always easy to explain why one property evokes a strong and instinctive reaction while another leaves you feeling lukewarm. It just works that way, and most house hunters will have experienced this at one time or another. 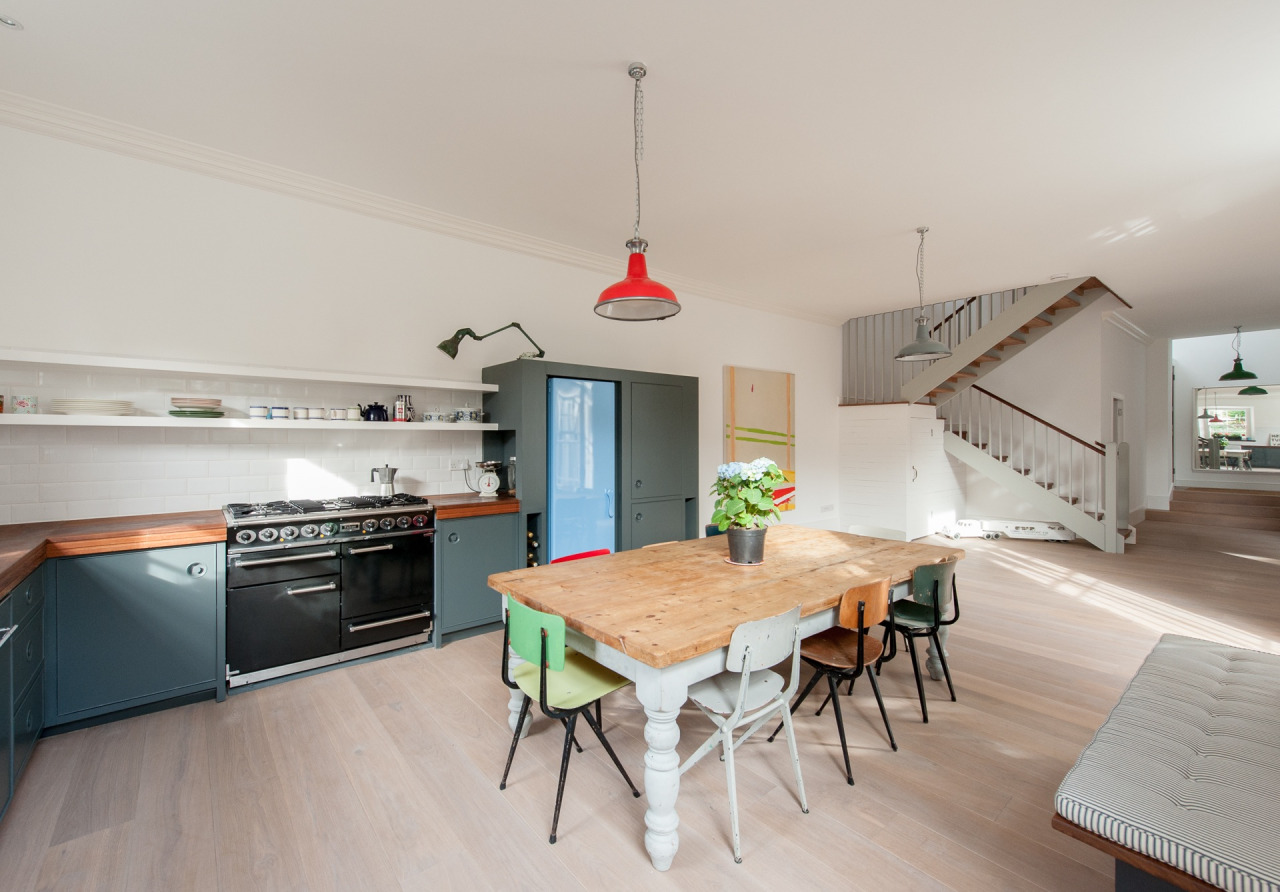 And, to be honest, it’s the same way when writing about property. Some houses just grab you from the first image. Properties like SeaGlass on the Isle of Wight, which was designed by The Manser Practice, or Providence Chapel in Wiltshire, a converted chapel with an extension by Jonathan Tuckey that was voted as the Grand Designs ‘Extension of the Year’ back in 2009. 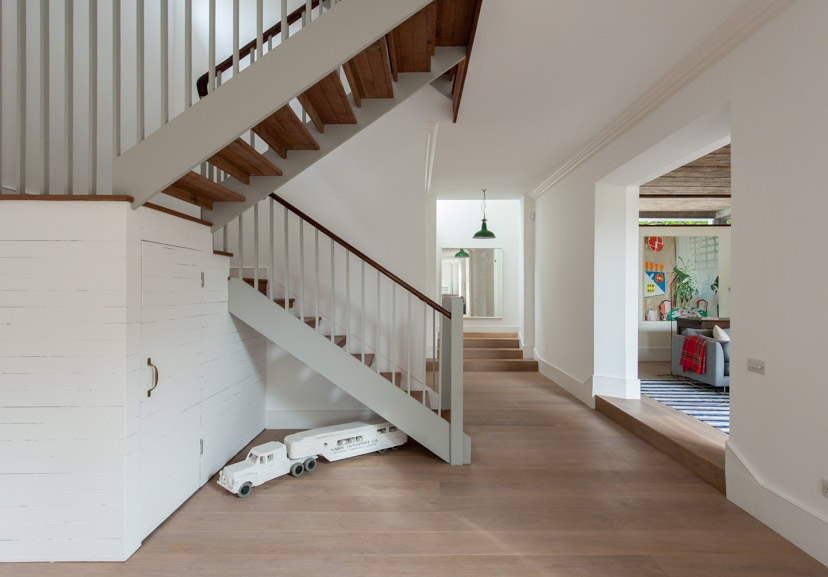 Special mention also goes to Kirk House in Ross-shire, again a former chapel that was redesigned by Dualchas Architects with a contemporary and minimal aesthetic, and to Cedar House in Perthshire, the home of architect Mark Walker, which I first visited some ten years ago. So yes, call me an old romantic, but there is such a thing as love at first sight when you’re thinking about, writing about, and viewing properties. 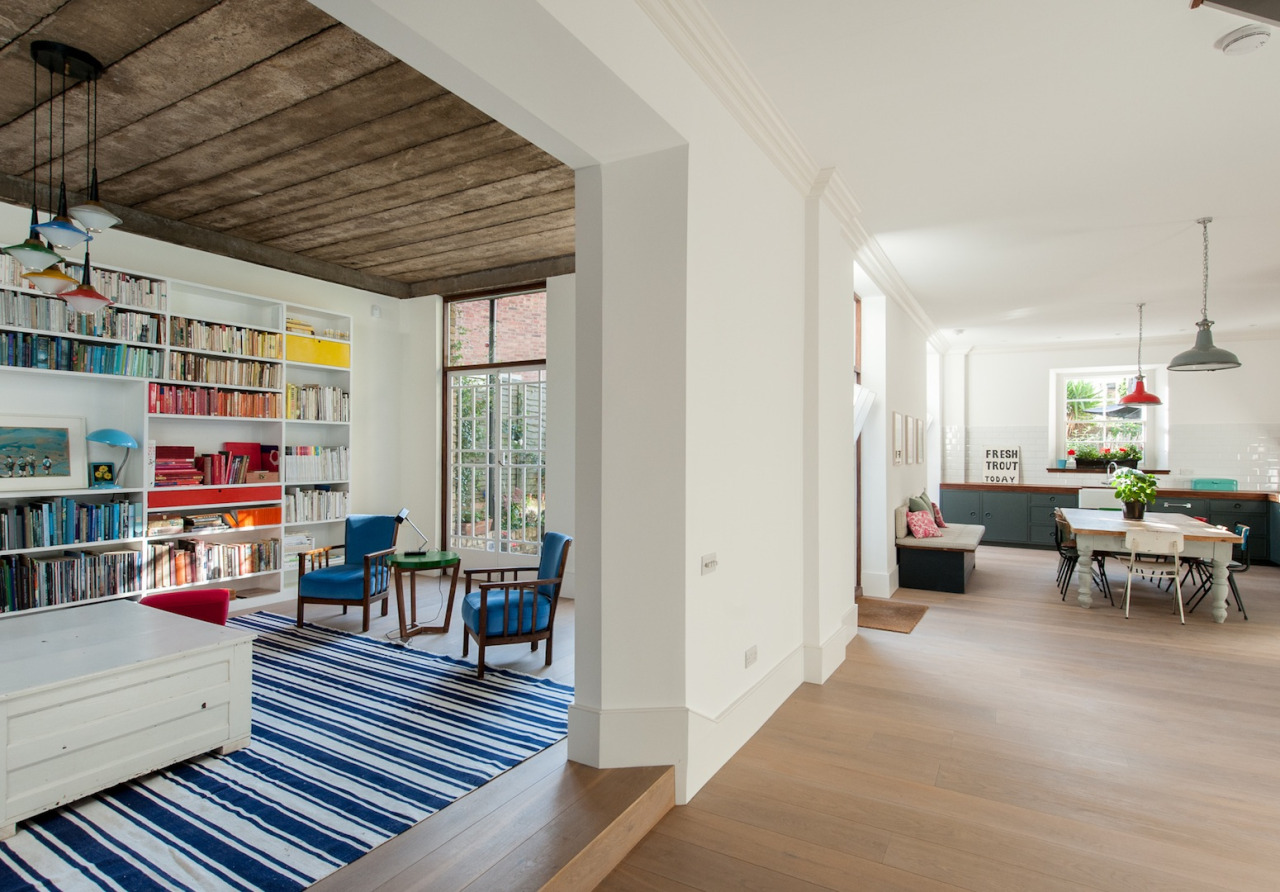 All of which brings me to this 19th century converted church vestry on Ponsard Road in London, which was transformed by its current owner and is now on the market with The Modern House. I realize this may sound a little simplistic, but how cool is this interior? How fantastic is this vast light-drenched dining-kitchen? This is my favourite kind of kitchen: hint-of-Shaker-style painted timber cabinetry, subway tiling, Belfast sink, and industrial-style lighting. Perfect. 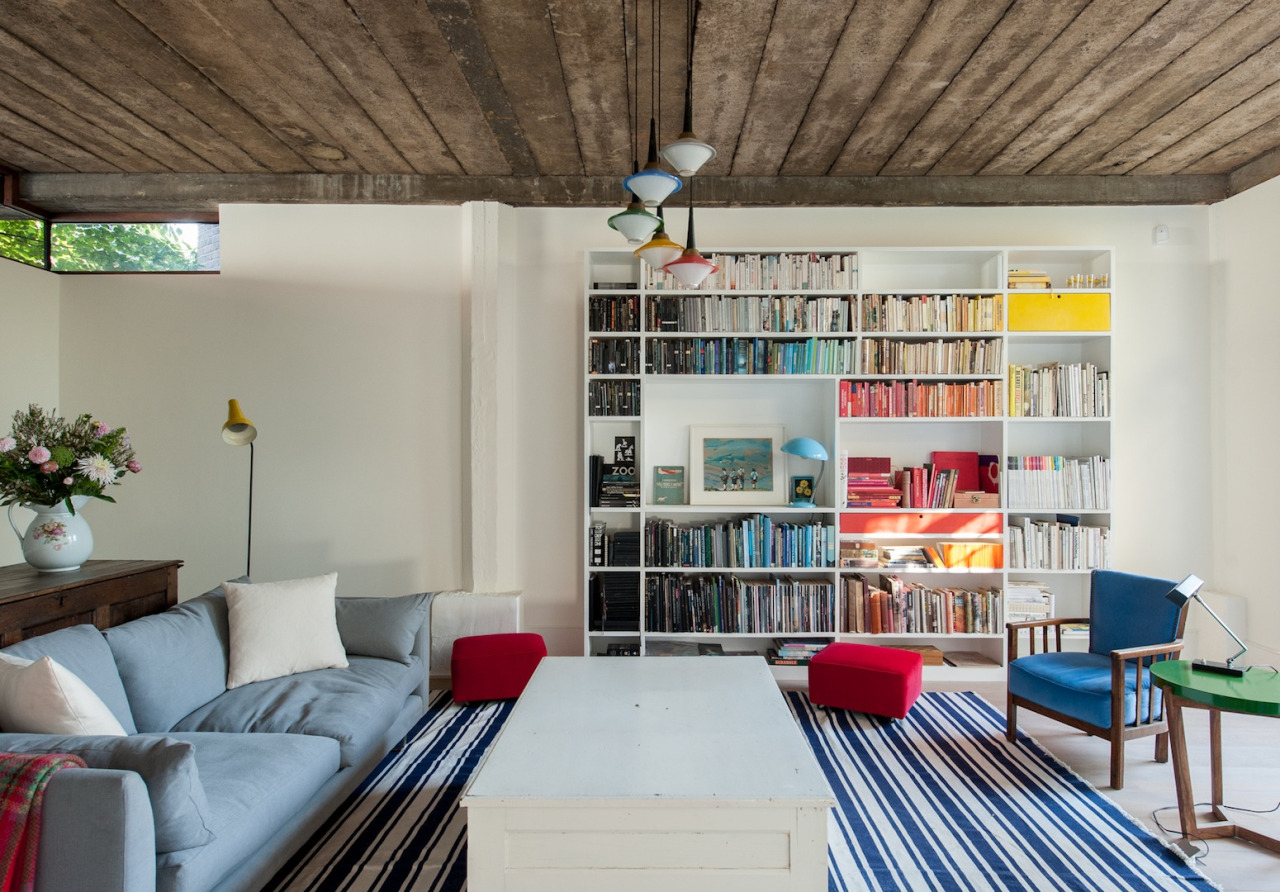 This section of the house also has a great open plan flow as the dining-kitchen leads into the main living room, which is notable again for its scale and also for the concrete ceiling, which gives this room an edge. 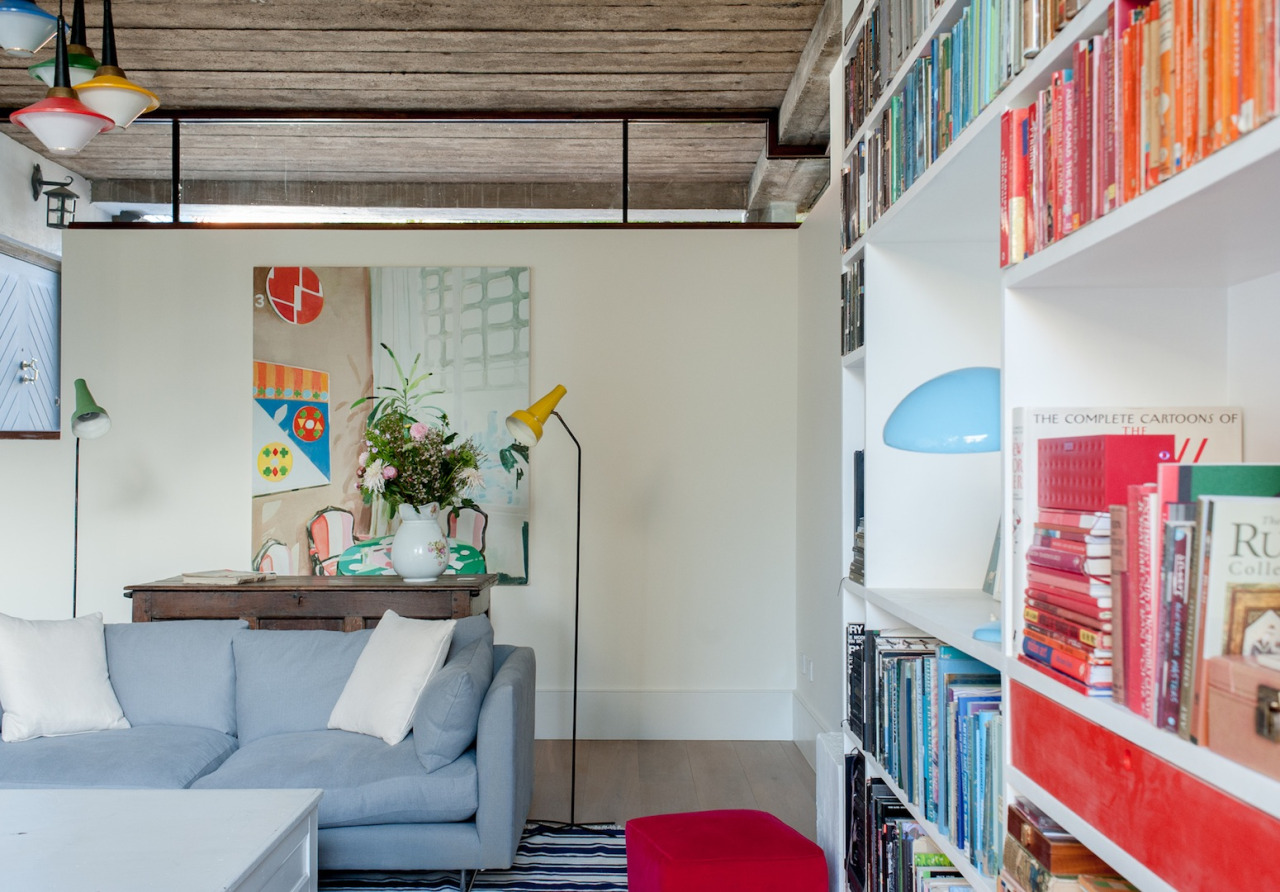 Both spaces feature glazed doors that spill the rooms out into the south-facing courtyard garden, creating a nice circular flow. There are five bedrooms, four on the first floor, while the fifth bedroom on the second floor opens onto a roof terrace. There’s also a self-contained one bedroom annex. 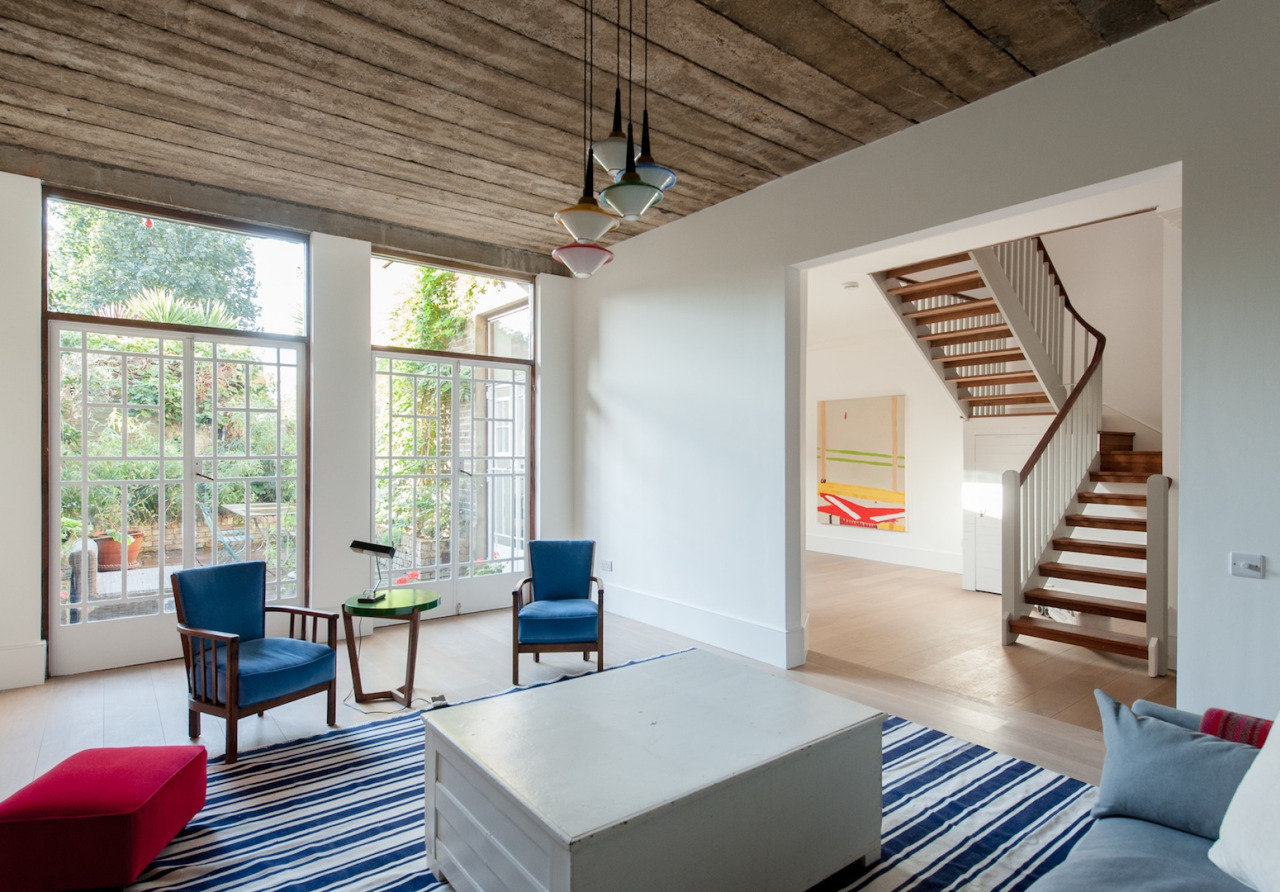 Whoever buys this house next will be inheriting an entirely unique home. It’s a house that feels ready-made for big family gatherings or for entertaining, and it seems primed for a cool and individual interior style. And from the street, you really wouldn’t know what to expect inside, which is surely also part of this property’s appeal. 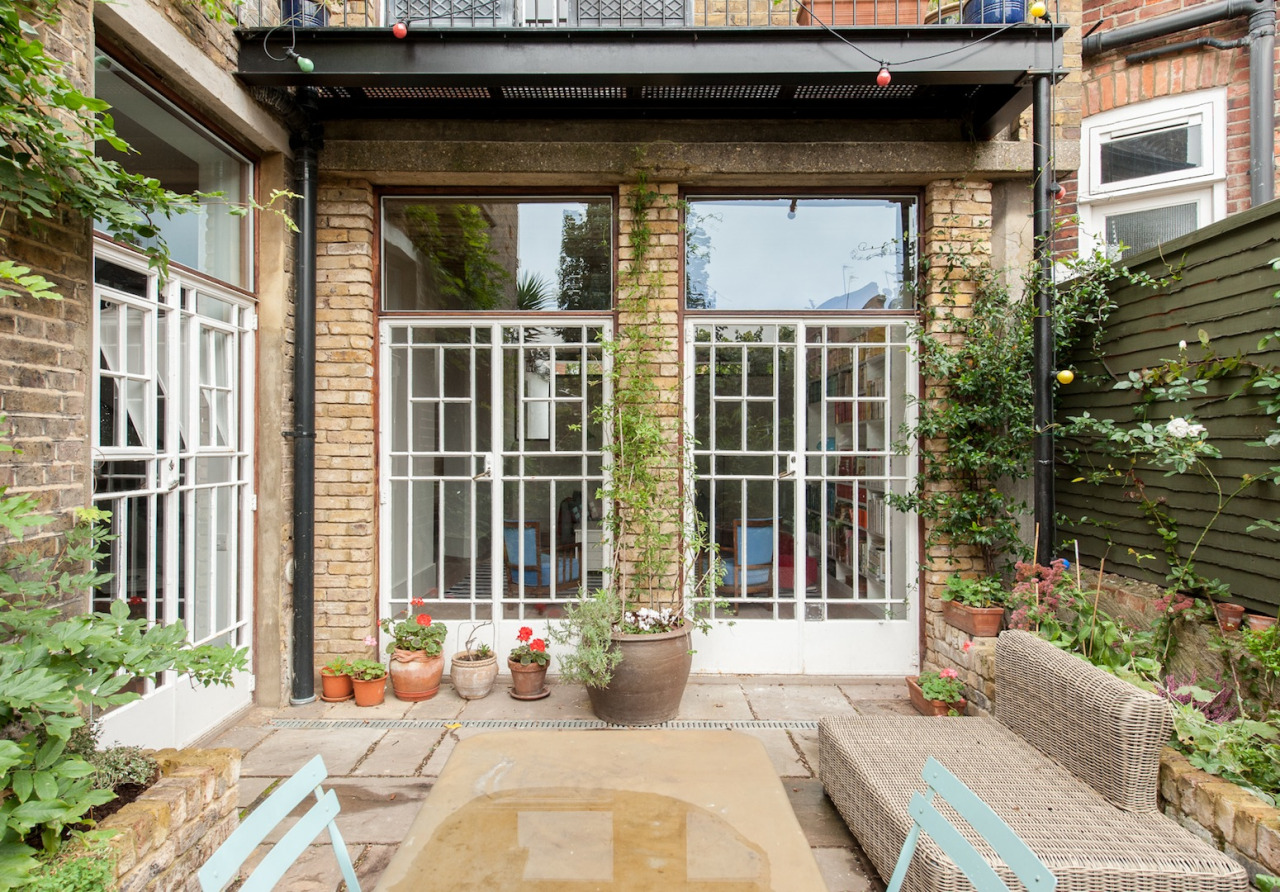 Ponsard Road was marketed by The Modern House.

AT HOME WITH THE BAILEYS