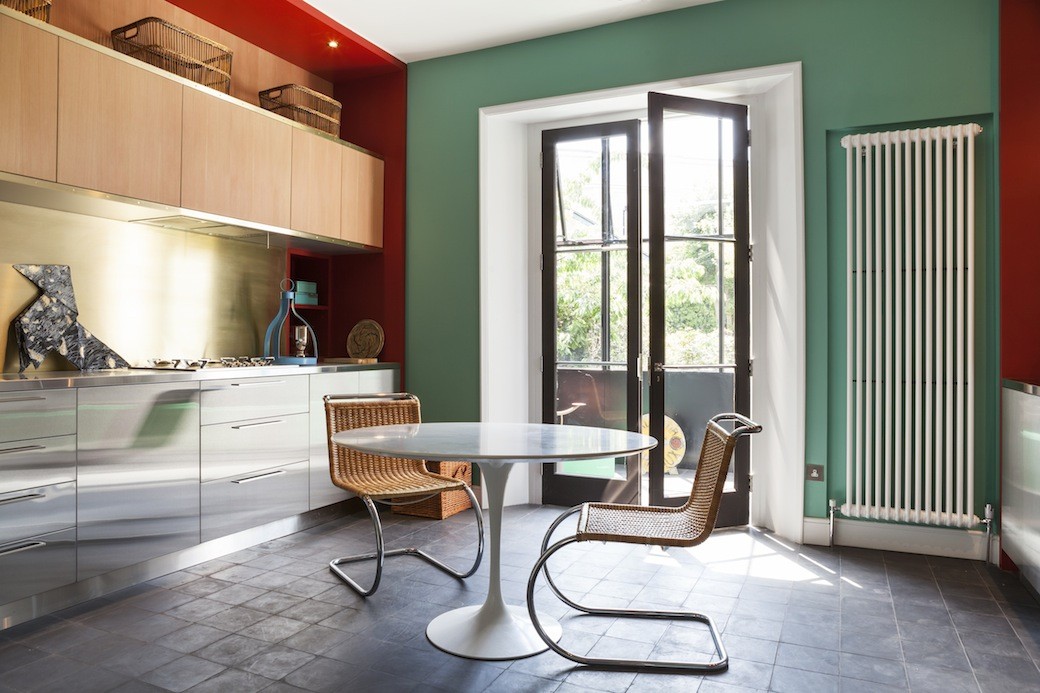 It’s been a few weeks since I’ve posted here, and I’ve been longing to share this incredible property. If you’ve been following Copperline for a while  – since back in The Property Files days – you’ll know that I’m a huge admirer of Georgian architecture (I recently wrote a guest blog post on the subject) and I’m always interested to see the results when someone takes on a Georgian building and transforms it into a contemporary home. That combination can result in some unique and exciting living spaces, where the modern elements sit harmoniously alongside the original period shell, and this property on Park Street in London’s SE1 is a striking example of how to breathe new life into a Georgian property. 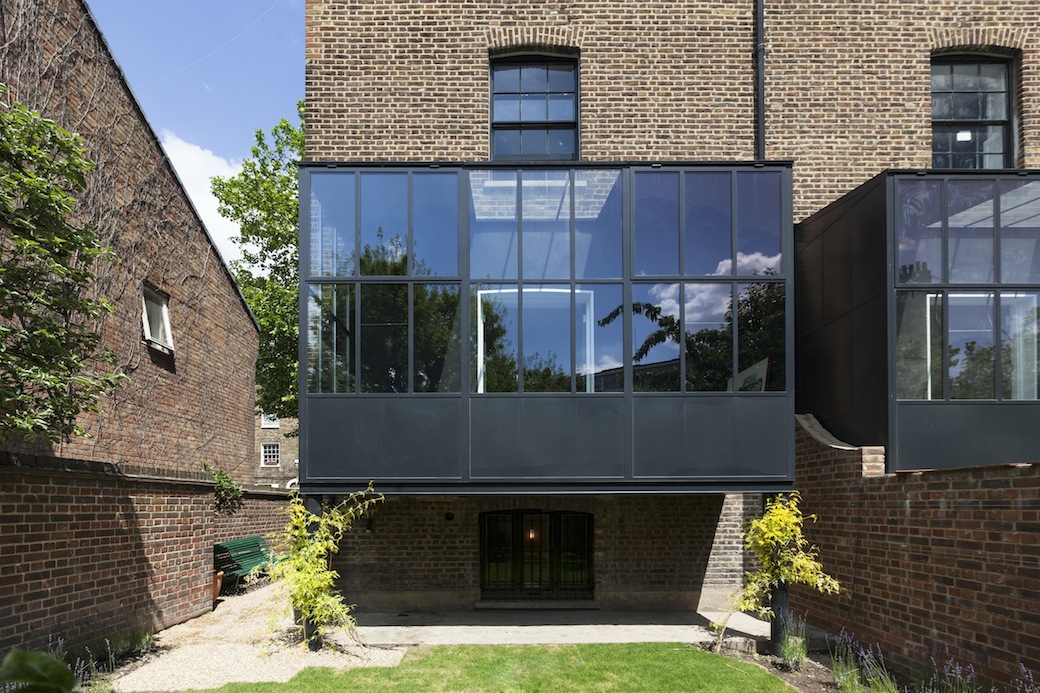 This four bedroom house is described by selling agent Domus Nova as being “one of the most comprehensive and unique rebuilds and refurbishments in recent years.” This house is one of a pair that were originally built in 1830 for two brothers that owned the Anchor Brewery. By the 1970s the Southwark site was no longer used for brewing and was subsequently redeveloped for housing. These buildings had been owned by Southwark Council and were in a ruinous state before architect Gael Camu of Camu & Morrison became involved in their transformation. 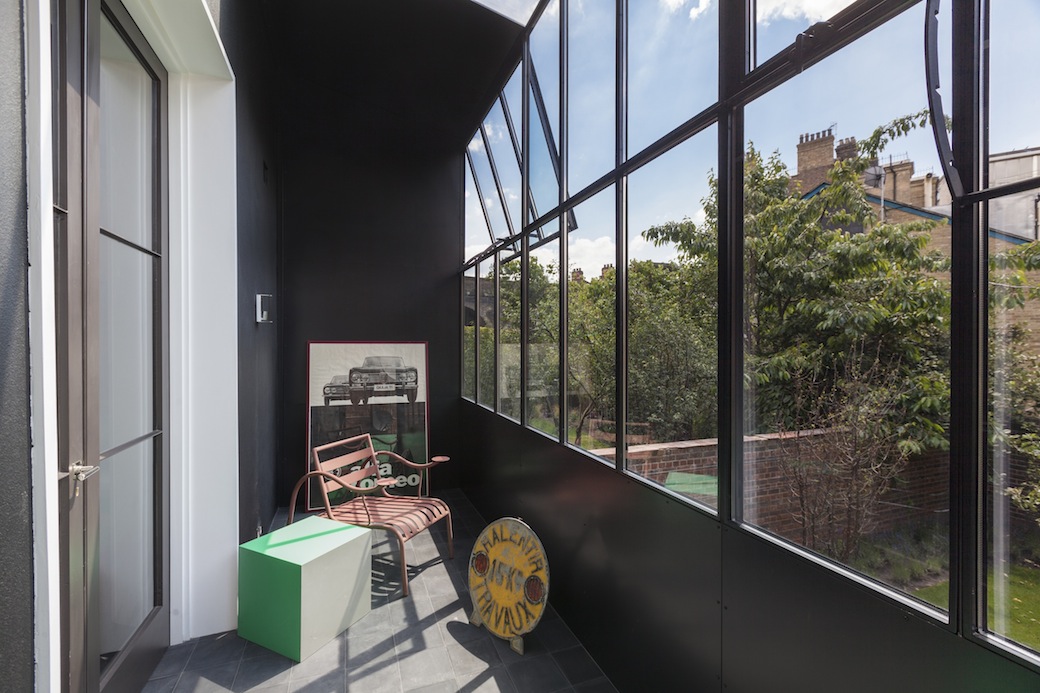 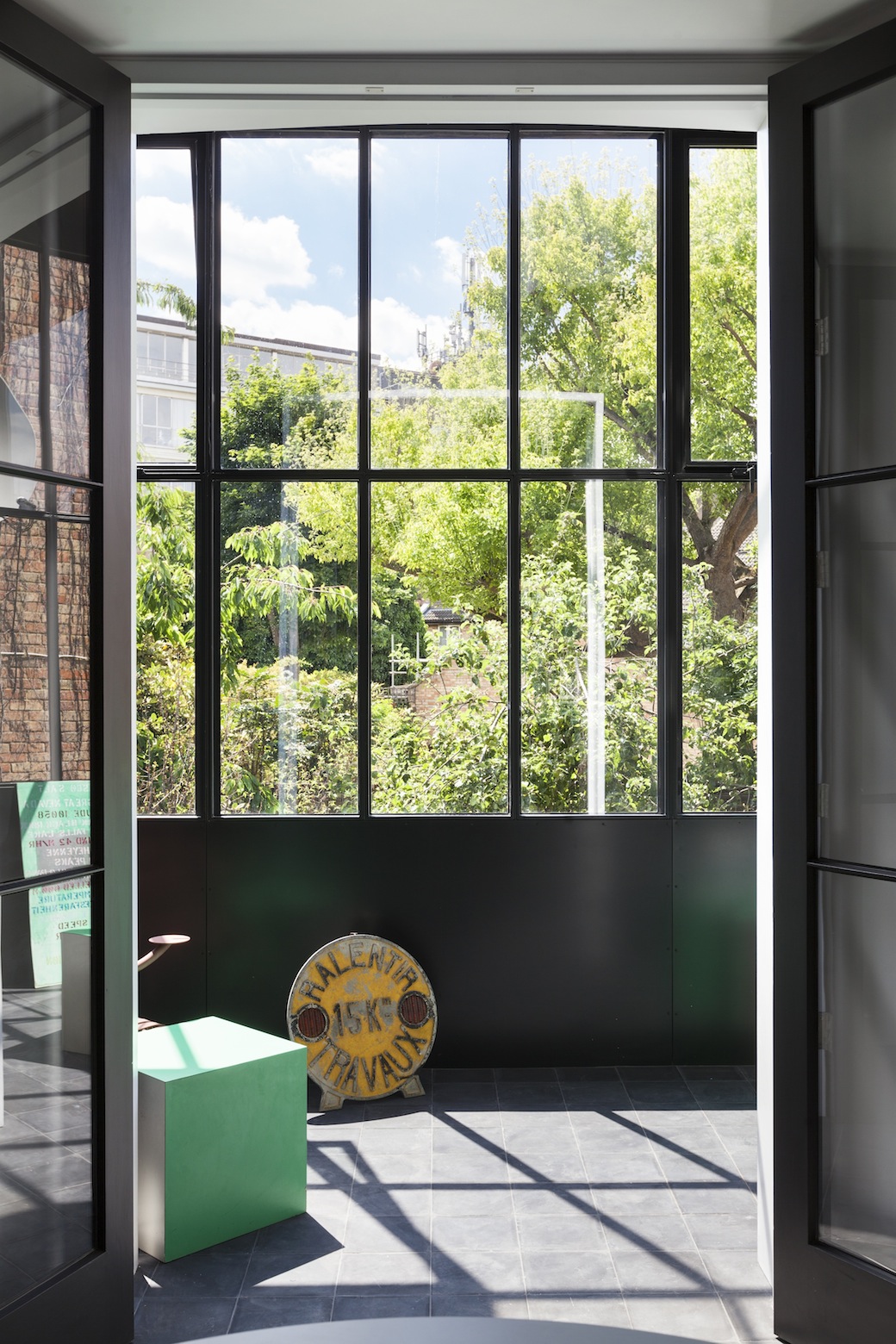 The buildings have since been reinvented as two family homes, and this house combines its flexible living spaces with brilliant juxtapositions of materials and design features. One key feature is the often bold use of colour where surfaces are given a splash of red or green, as used to dynamic effect in the kitchen photographed on the top photo above and below, which also includes copper detailing. 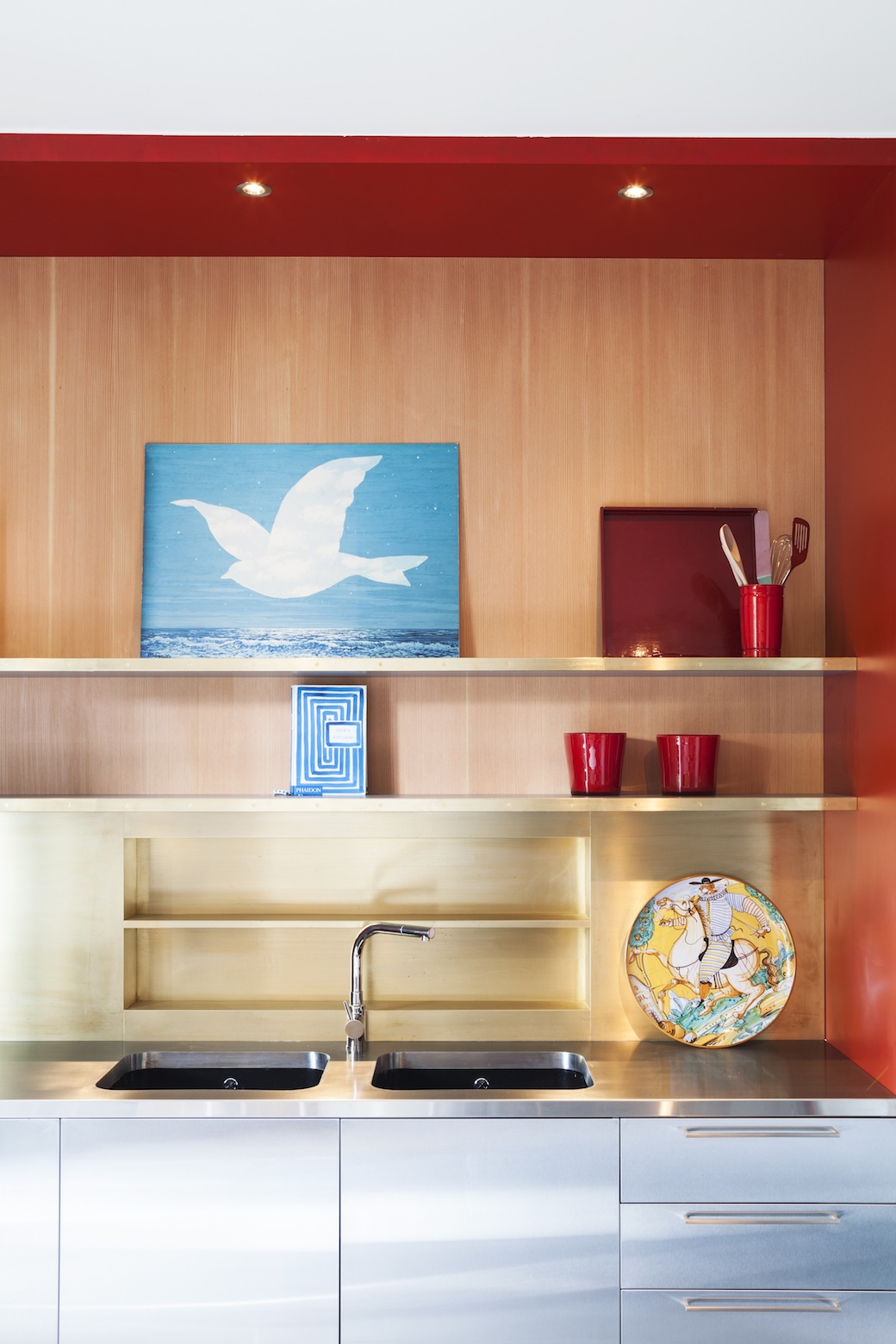 The house is arranged over five floors – basement, ground, first, second and third. The ground level has the kitchen and a separate dining room, while the first floor has two reception rooms. There’s a further reception room, or fourth bedroom, on the basement level. The second floor is arranged as a master suite, while there are two bedrooms and a shower room on the upper level. There’s a walled garden to the rear, and an elevated garden room off the kitchen. 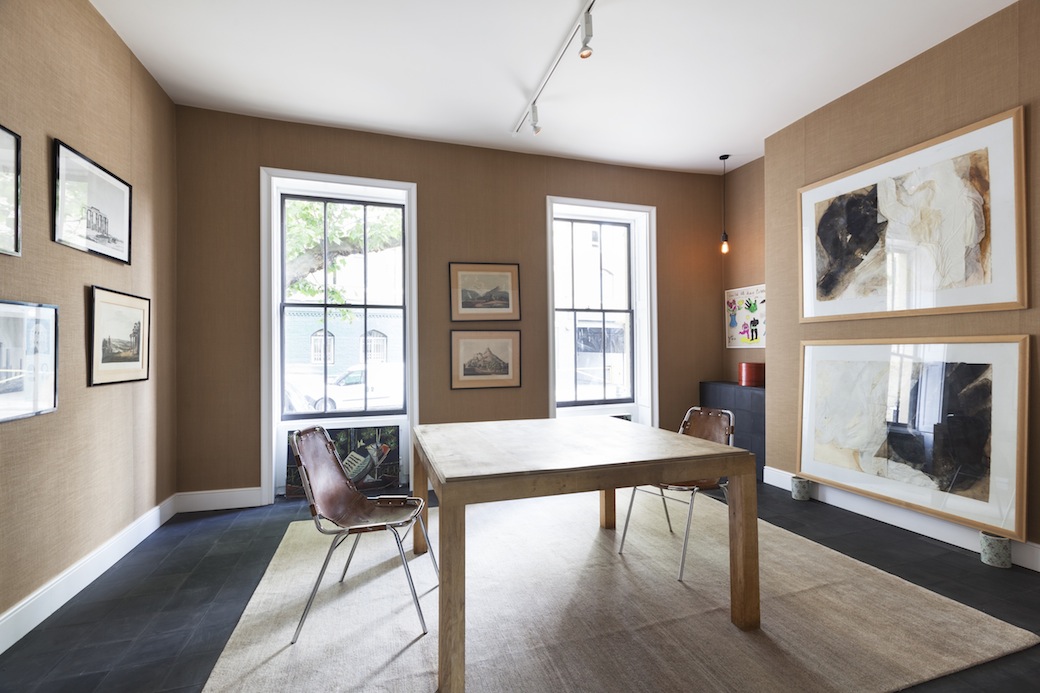 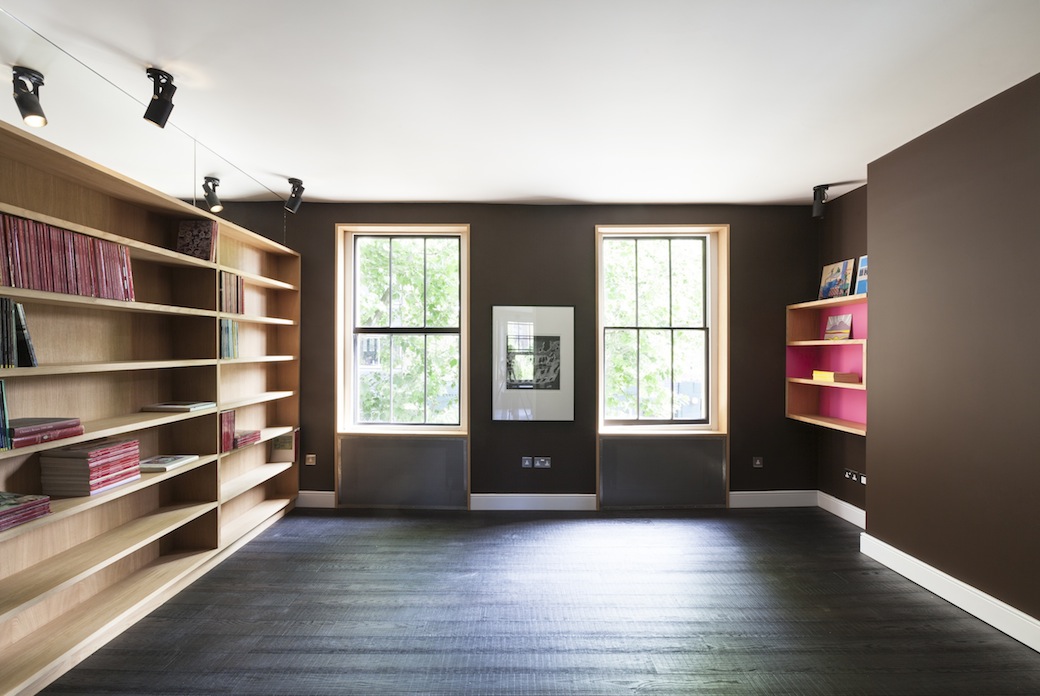 The use of materials is inspired. The bathrooms are clad in a particularly striking Carrara marble and include walk-through showers, while one of the rooms on the lower level has cork-clad walls and Perspex doors. 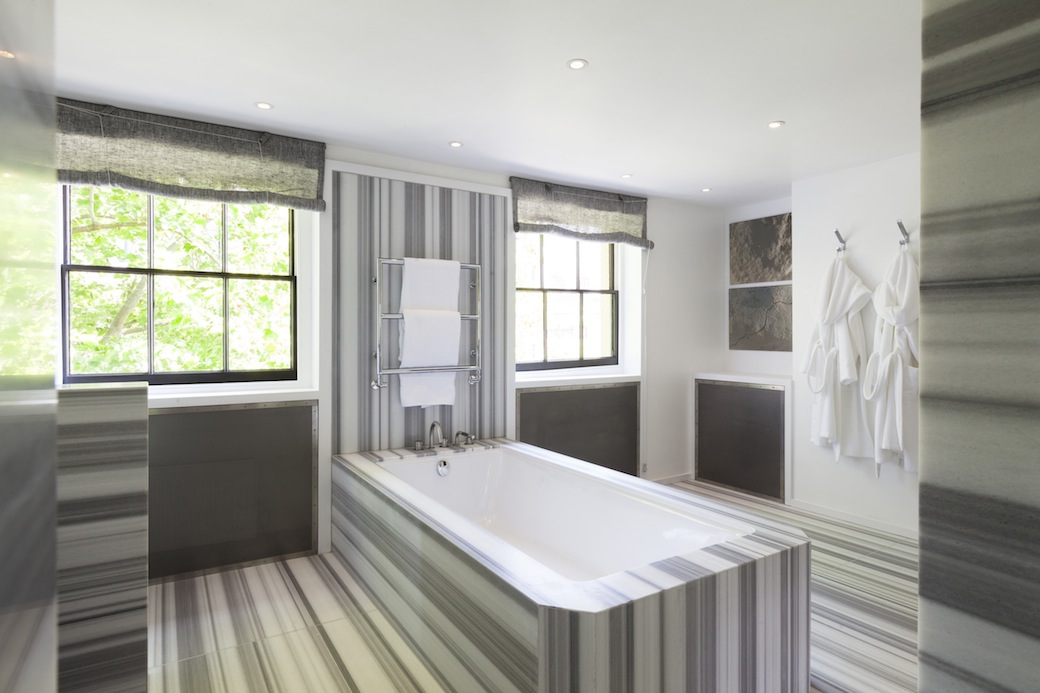 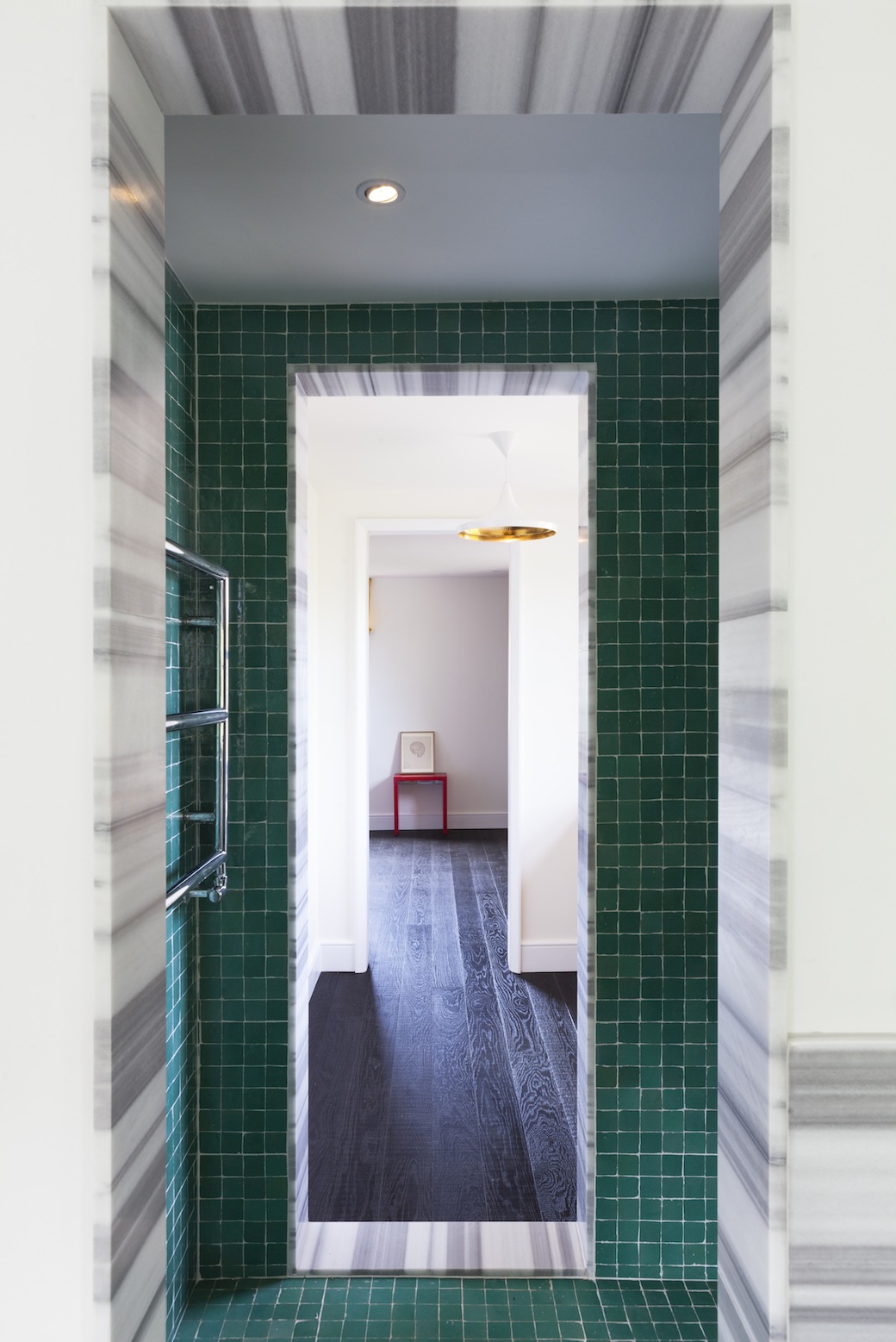 And talking of a wonderful and unexpected use of colour… I love this punch of yellow. 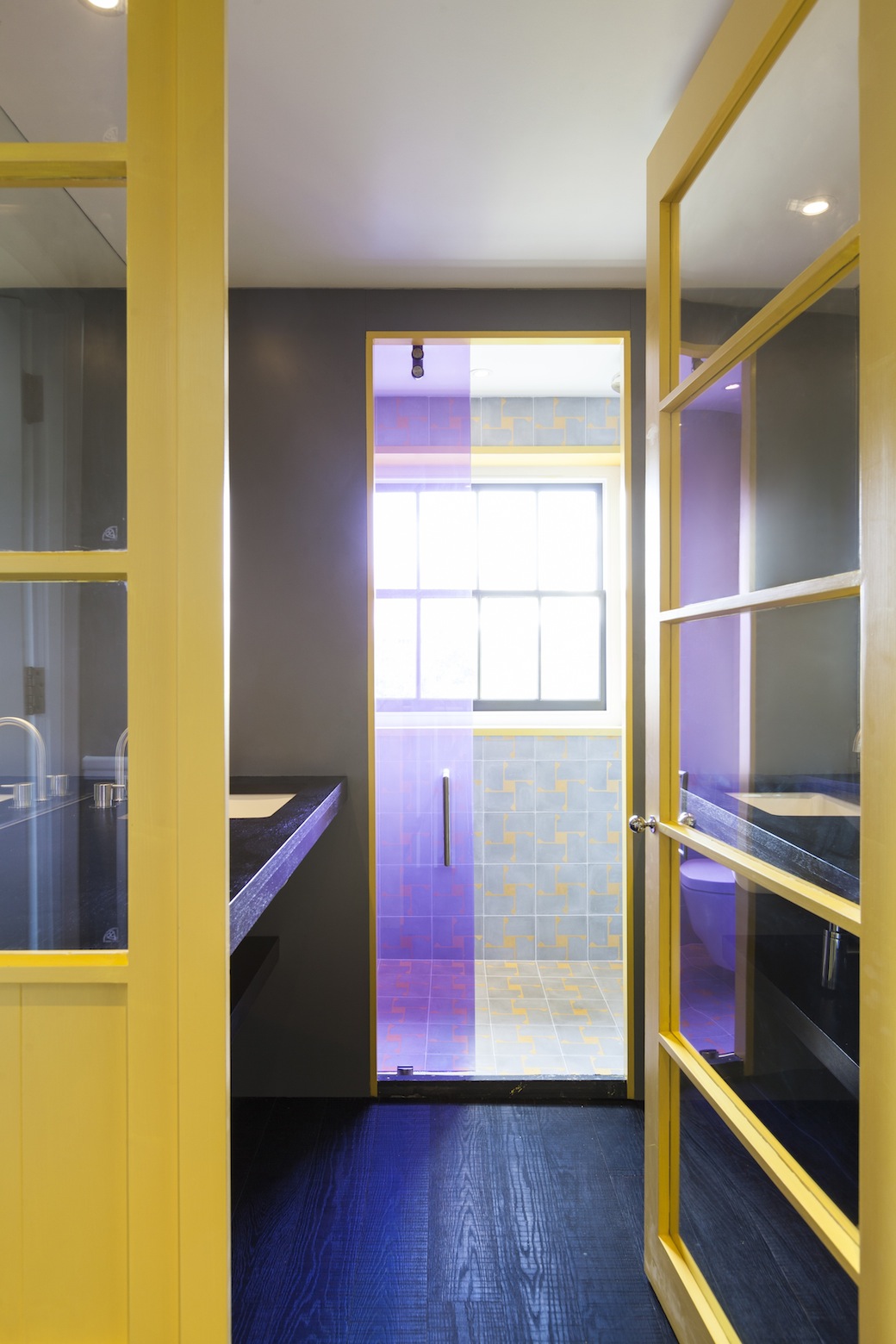 This is one of those houses that is simply so unique, and with such carefully considered detailing, that ten or twenty years down the line you could imagine arriving here and feeling just as excited by its design.

See this property’s listing with Domus Nova. All photography from Domus Nova.