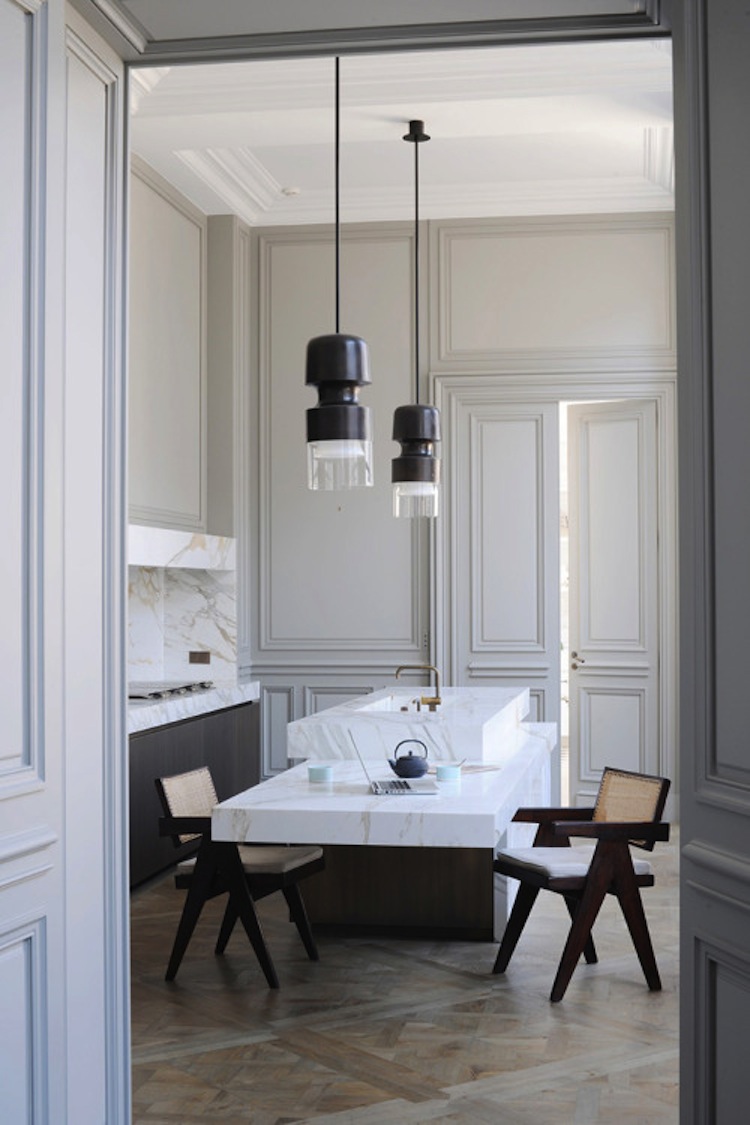 Personally, I love the combination of contemporary furniture and artworks set against the grandeur of a finely detailed period property. The moments of contrast always feel exciting. Period buildings are meant to evolve – respectfully, of course – and streamlined contemporary design can often be the perfect compliment for historic architectural detailing. 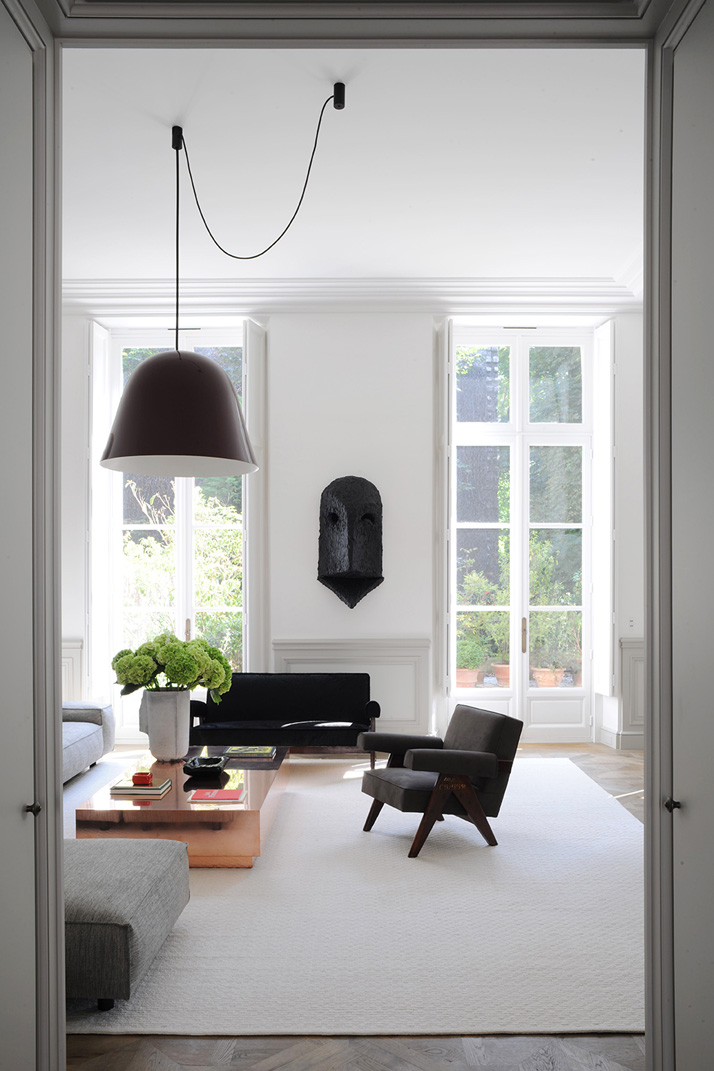 This pied-à-terre located in the Saint-Germain-des-Près district of Paris is a prime example of this aesthetic. The apartment was restored and designed by Joseph Dirand, whose commercial projects include the Chloé flagship store and Monsieur Bleu, both in Paris, along with stores for Pucci (in New York), Alexander Wang (in Beijing) and Rick Owens (in London). As design pedigrees go, they don’t come much better than this. 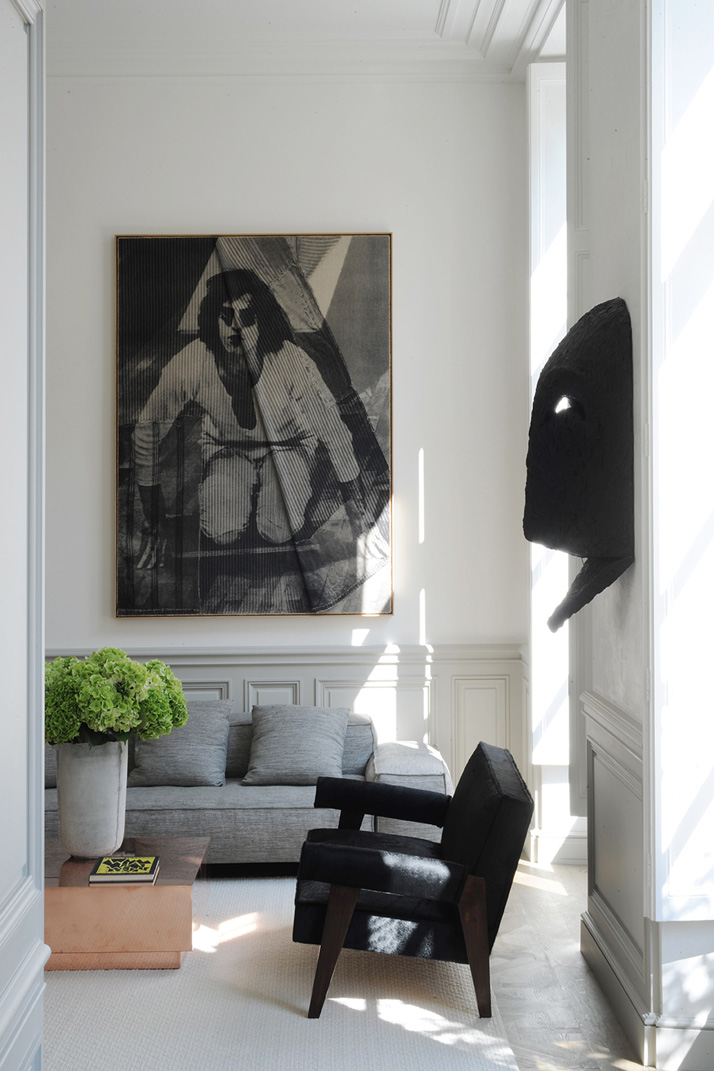 Here, Dirand chose a restrained palette of white, black, grey and gold that draws attention to the apartment’s exquisite period detailing. I spotted this interior featured on Yatzer, and it was also featured in AD France where Dirand said: “I didn’t want to produce any style effects, but rather I wanted to give back what the space had lost since its heyday.” 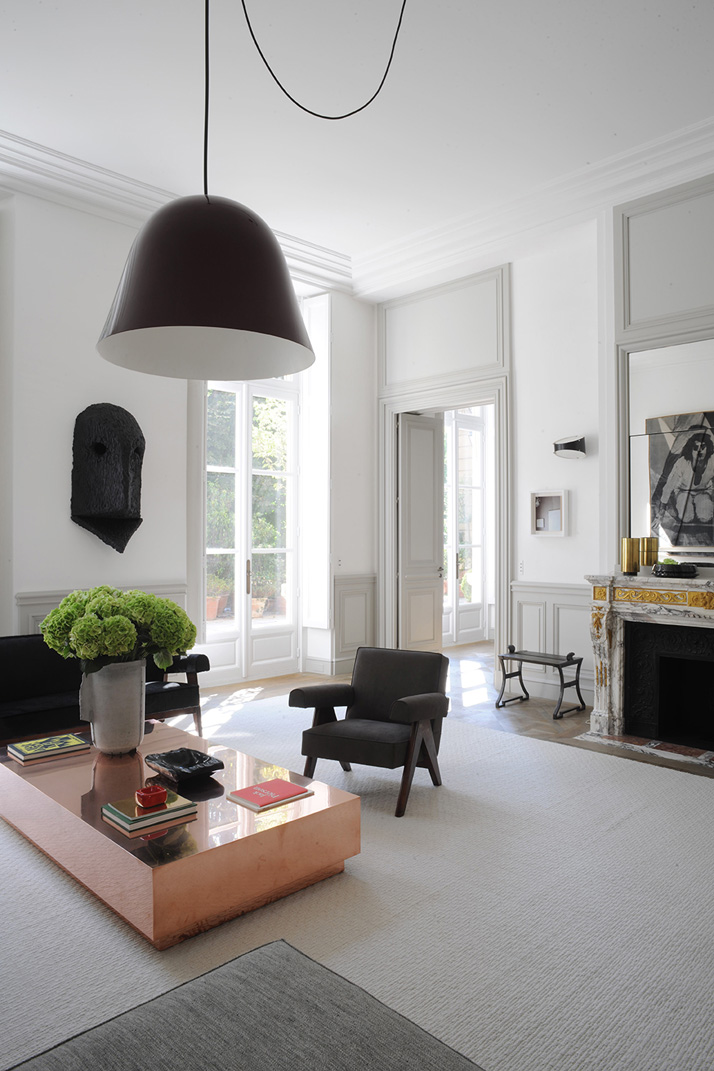 As a result the backdrop is elegant and understated, albeit with some more dramatic period flourishes like the marble fireplace in the main living space. It helps that each room is bathed in light from the floor-to-ceiling French doors. The owners are art lovers and this is reflected throughout the interior, while the furniture and lighting have clearly been as carefully selected – it was all sourced from Galerie Kreo – and includes some truly standout pieces such as the bronze Fingi suspension lighting by Eric Scmitt that features in the kitchen. 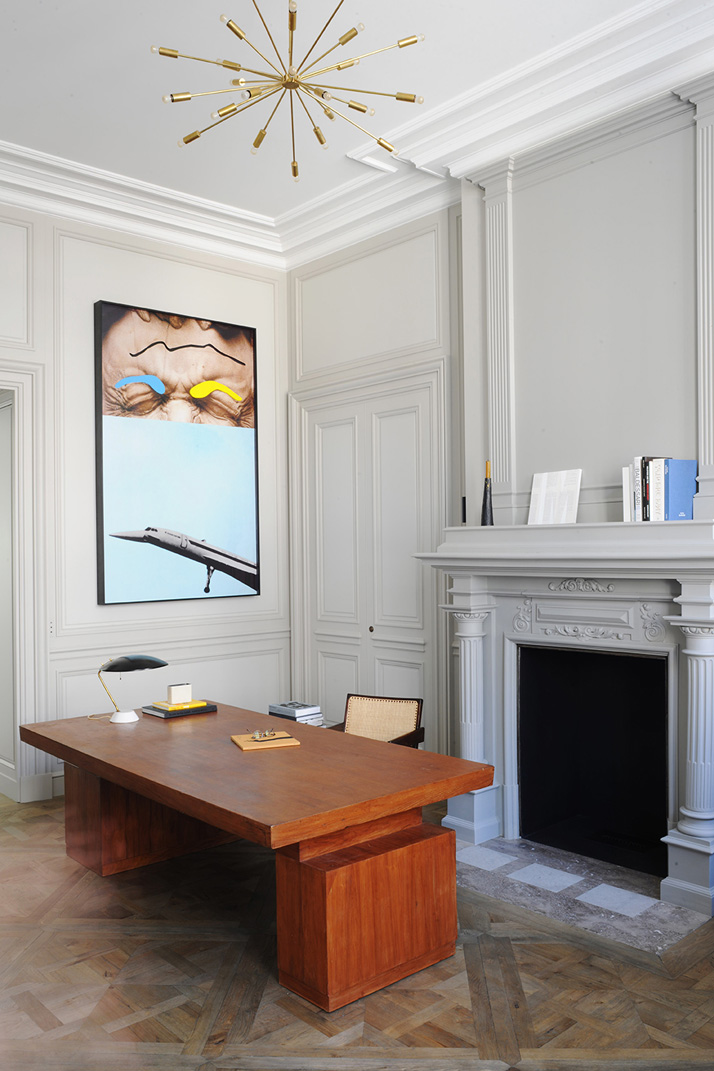 I love this space, from the gorgeously subtle shades of grey to the chunky marble detailing in the kitchen, not to forget the parquet flooring and the impact of the contemporary artworks. Beautiful.

For more images and details, see this feature on Yatzer.