When I first spotted a photograph of this kitchen popping up on Pinterest, I was intrigued to see the rest of the house. That one solitary image by photographer Sharyn Cairns was irresistible. And here it is: Merrick Watts house in Sydney, which was featured in the October issue of Real Living (you can view the slideshow of images here). 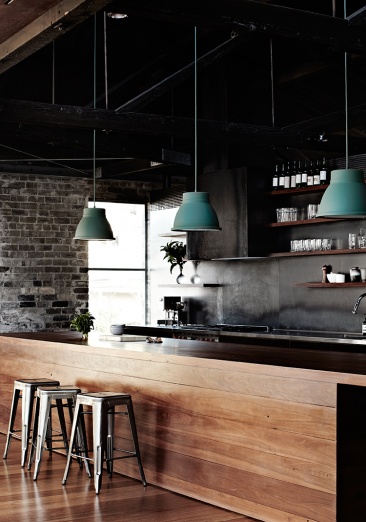 Even before discussing how striking this house is, credit goes to the photographer Sharyn Cairns who took these images. I’ve admired Cairns’ work for some time – since I first saw her photography in Inside Out – and it’s always stunning, perfectly capturing a mood as much as the space or place or person being photographed. 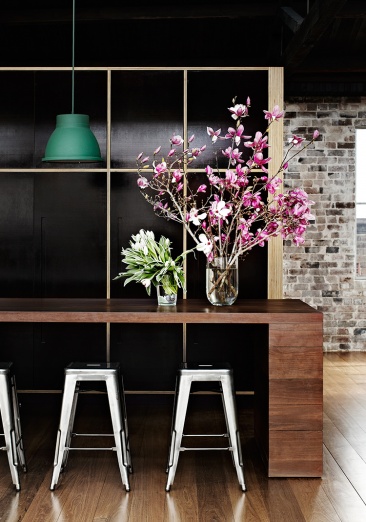 Merrick Watts House is a fascinating project. The owners bought this land-locked two storey warehouse several years ago, and brought in architect Virginia Kerridge to creatively reinvent the industrial space. The building had been used as a candy factory at one point and was later a furniture warehouse, and was coated in blue when the current owners arrived here – quite literally, with a blue façade, blue internal walls and blue carpeting. 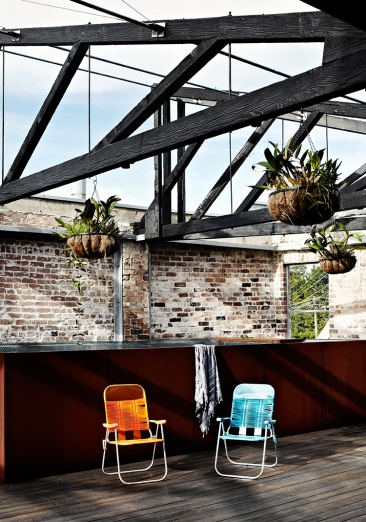 The original brickwork and timbers were stripped back and materials were recycled wherever possible, while the new materials introduced – including plywood and corten steel – were chosen to feel sympathetic to the existing finishes. 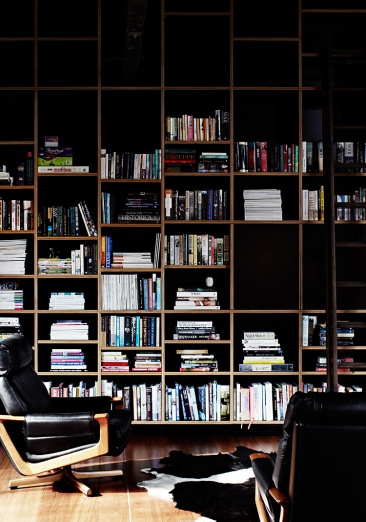 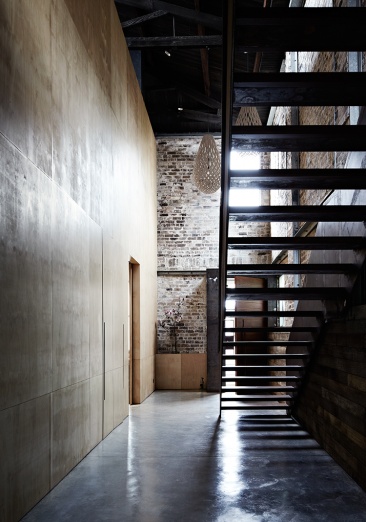 Two roof sections were peeled back along with chunks of the first floor to bring light and fresh air into the building, and to create three gardens, including a central garden that’s accessed from the main living spaces. The exposed roof trusses and beams retain that all important connection with the building’s industrial past while infusing the living spaces with character. The result is a unique home that pays testament to the vision of its architect and owners. 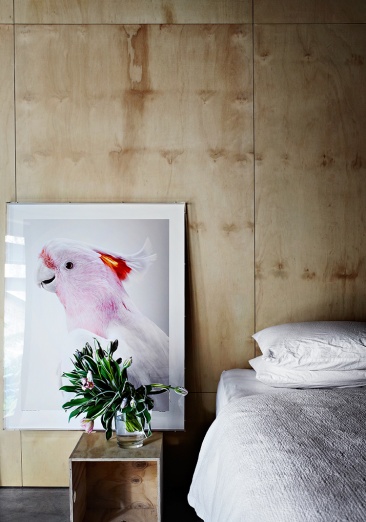 All photos by Sharyn Cairns.