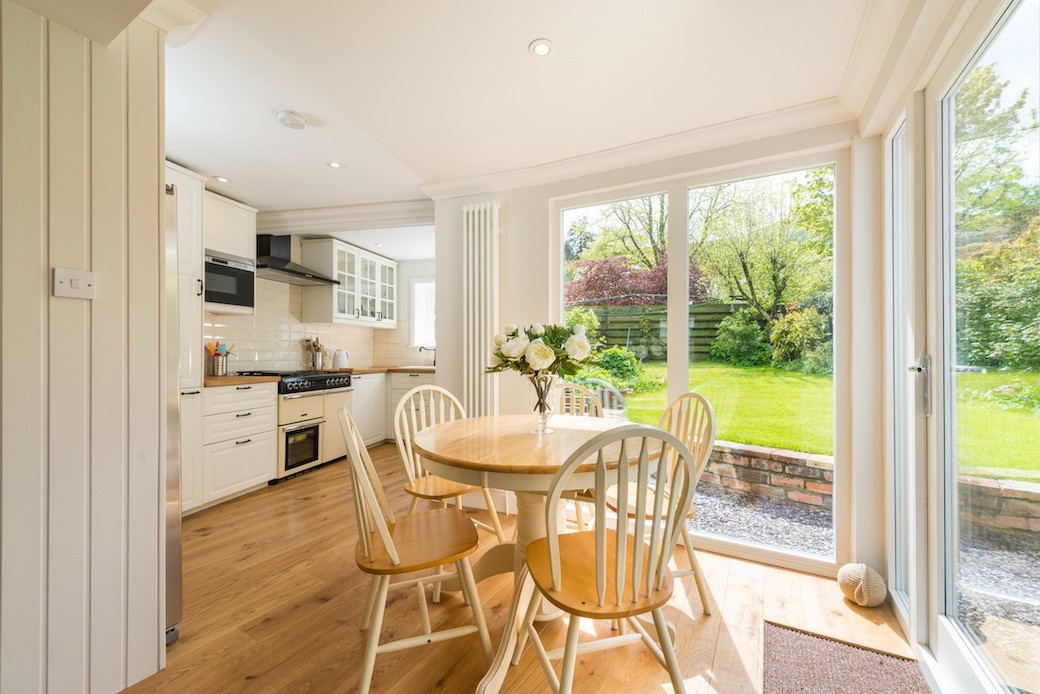 I can’t recall the first time I visited the Fife village of Falkland – it was years ago, and I was most likely writing about a house there – but every time I’ve been back since, I always end up taking photos of the historic buildings that give this conservation village so much character. The most famous, of course, is Falkland Palace, but I’m as drawn to the detailing on the smaller properties and cottages. It’s the kind of place that could get under your skin.

Little wonder then that having lived in Falkland as a youngster, Daniel Aitkenhead grabbed the chance to put down roots here and purchase Lilac Cottage when the property came on the market two years ago. 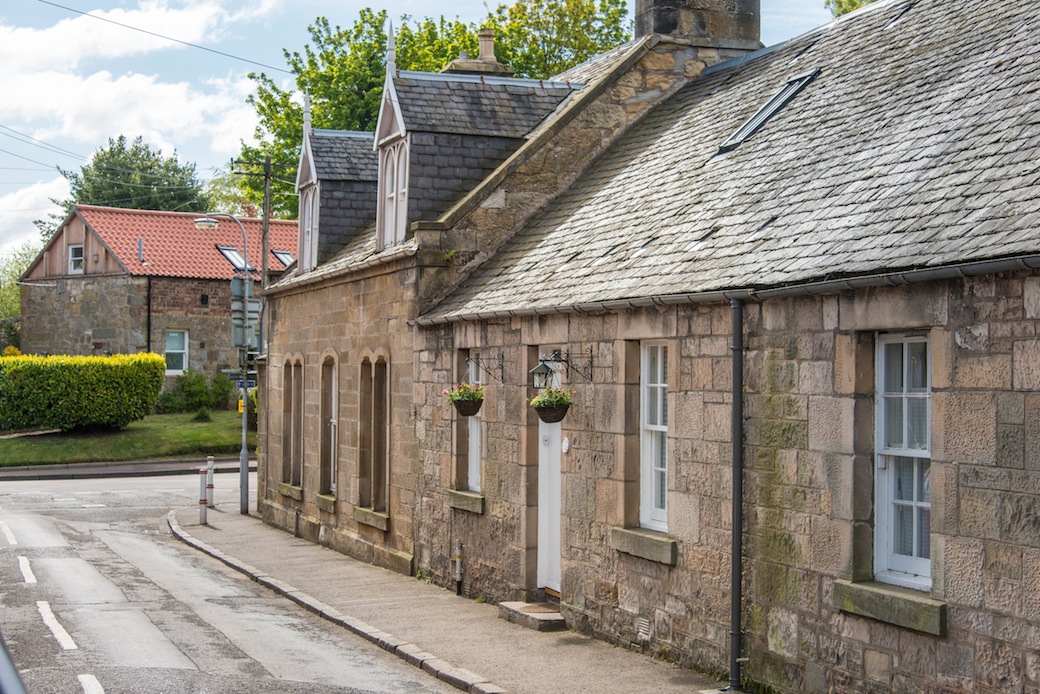 From the street this C listed cottage looks traditional, so you’d be forgiven for expecting the interior to reflect this, but once inside the reality is very different as you discover a light-filled interior with an open plan flow of space that spills out into the garden. The property didn’t look like this when Daniel arrived here, however. Two years ago, Lilac Cottage was a project waiting to happen. 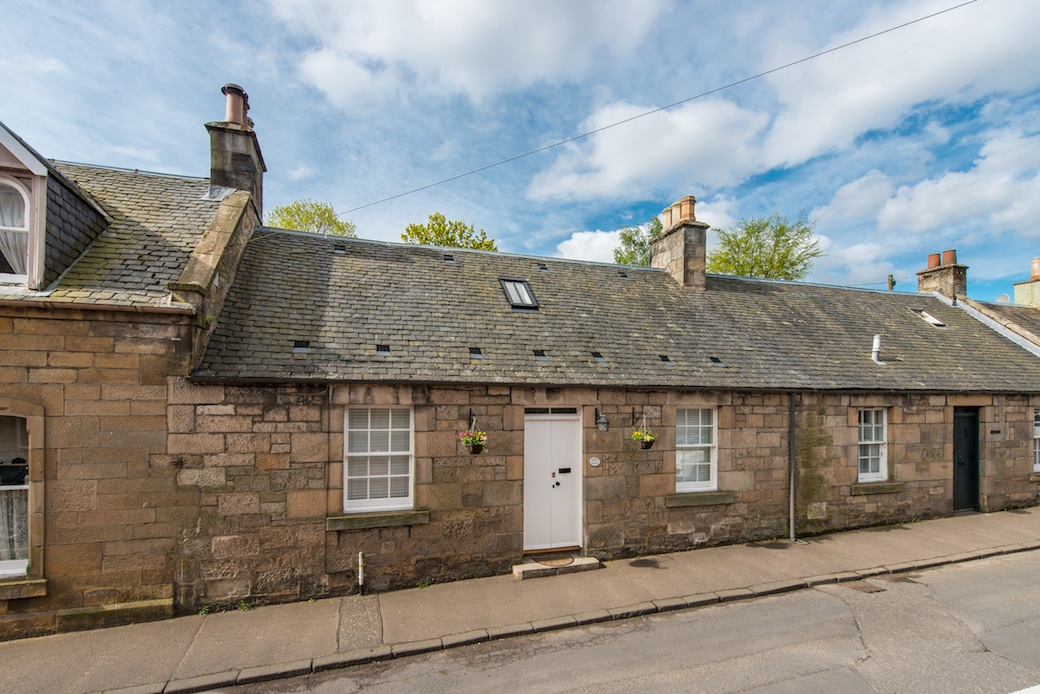 “The house needed some work,” Daniel says, which is an understatement when you realise the scale of the renovation he tackled here. Originally the property was on one level, with a bedroom on the ground floor and storage space in the attic above. What is now a study on the ground level was a kitchen, and there was a rear outshot with a porch and bathroom.

Daniel could see the potential to transform the ground level by reconfiguring the layout, and opening up the house to the rear garden with its views to the Lomond Hills. As he says: “The footprint was there, but it was about moving things around. Now, you have this lovely light coming into the back of the house and there’s no wasted space.” 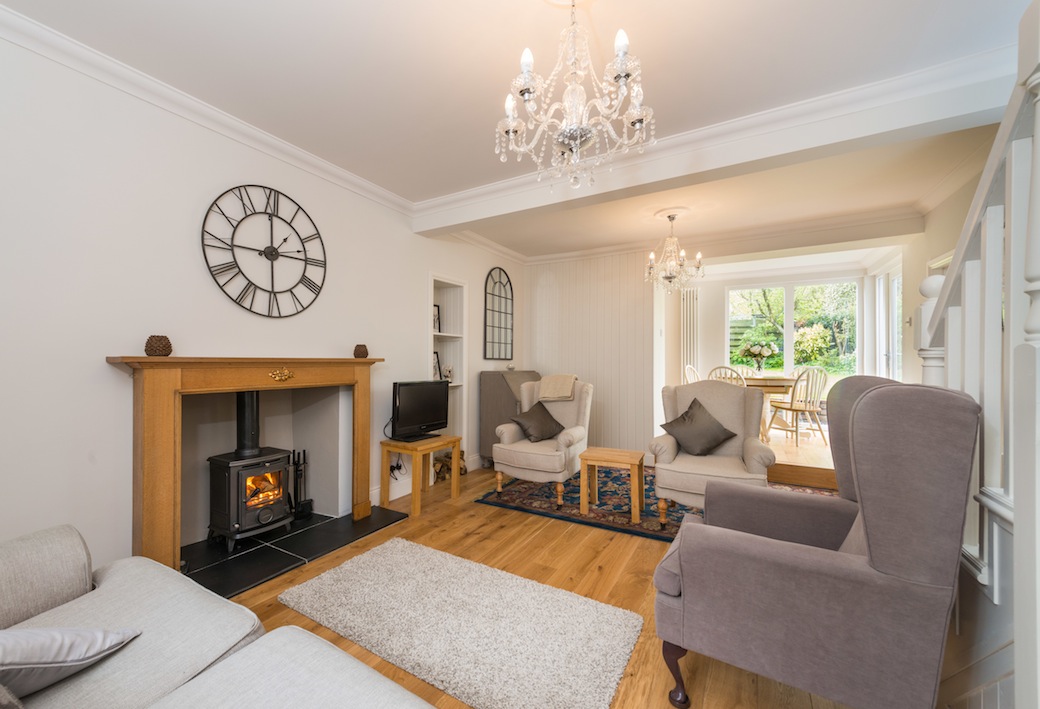 Daniel worked with architect Richard Taylor of StudioEAST in Perth, and Daniel’s step-father was the builder, DM Joiners. As well as transforming the ground floor, Daniel also opened up the attic space to create two additional bedrooms and a bathroom, and added a dormer with a Juliet balcony for the new master bedroom. “I wanted to be able to look out to the views from this level, and once the roof was opened up I could see how good this was going to be,” he says. 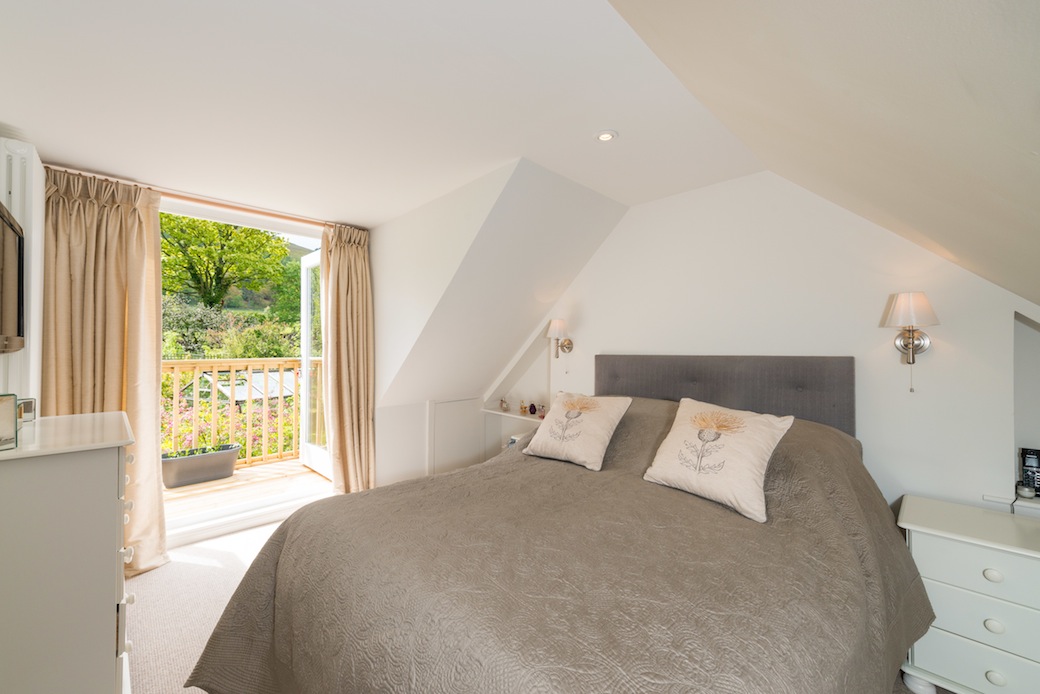 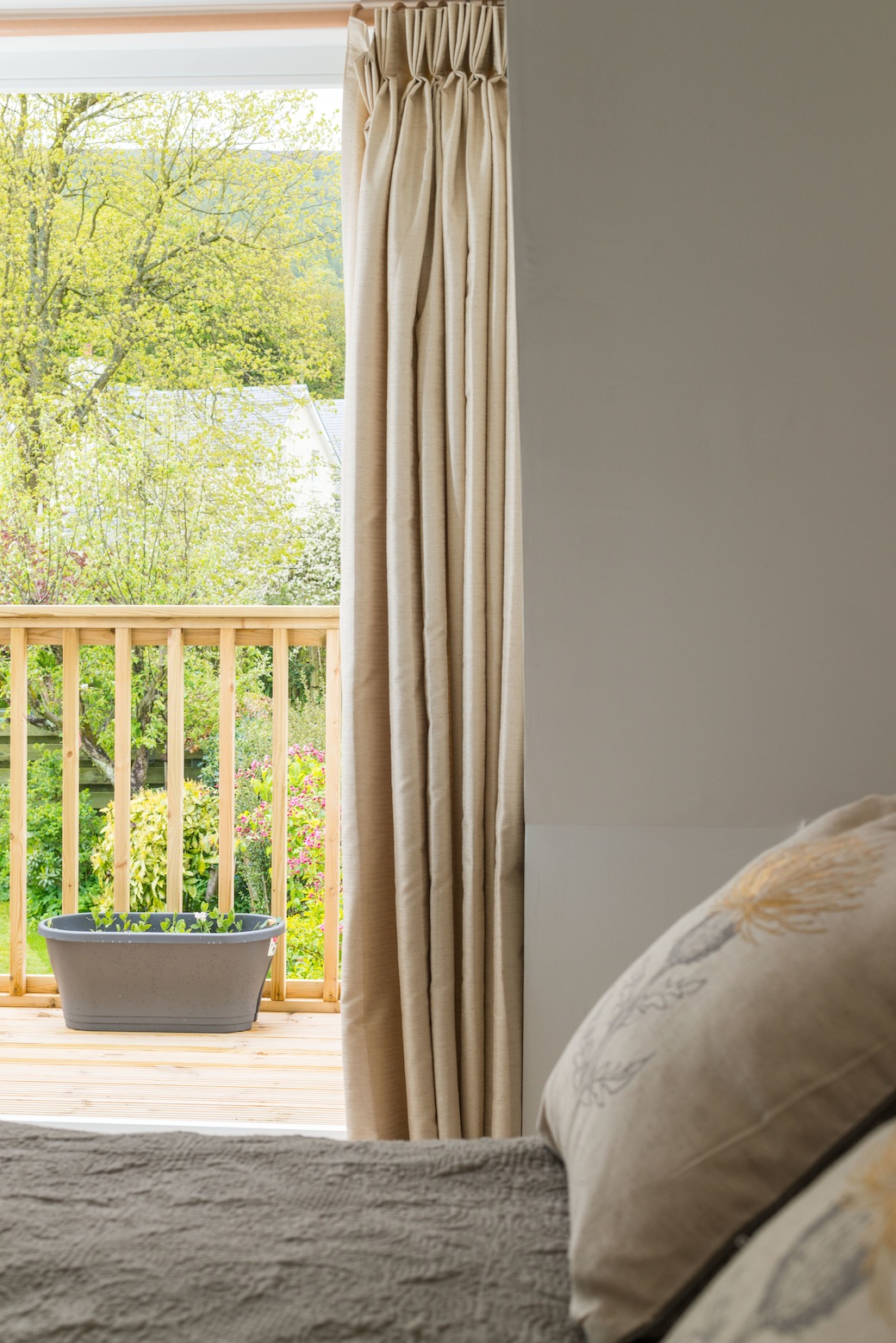 Although Daniel toyed with the idea of having two bedrooms downstairs, he realised that he didn’t need a four bedroom house so instead he created a study space from the former kitchen, and moved the kitchen and dining area into the extension. This area is open plan to the sitting room, creating a flow of space and light that you would never guess existed here when looking at Lilac Cottage from the street – and this was intentional as Daniel wanted to retain the external character of the C listed building. 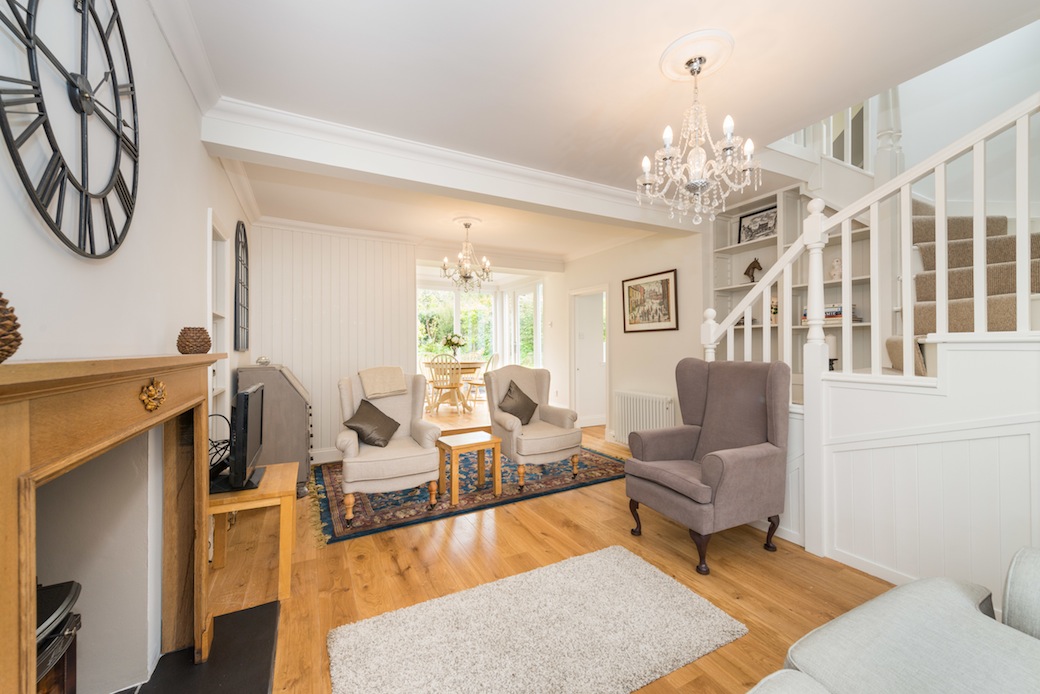 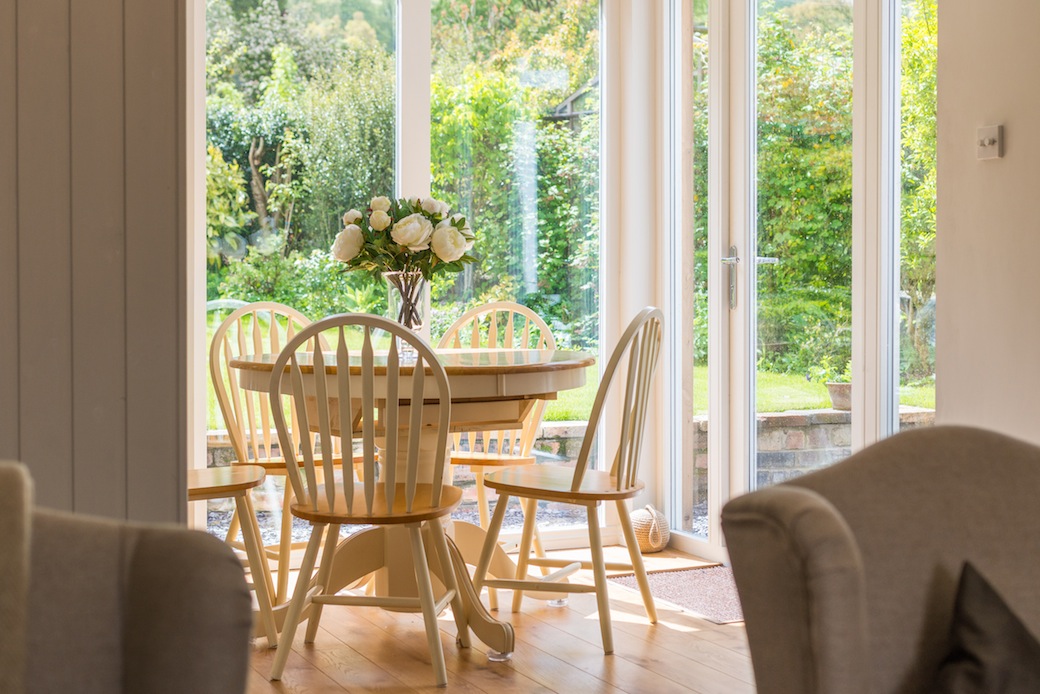 Likewise, internally the mood is contemporary while having the softer touches that work well in an older property. Daniel chose a country-styled kitchen with timber worktops and a range cooker, and added a touch of contemporary styling with the subway tiled splashback. 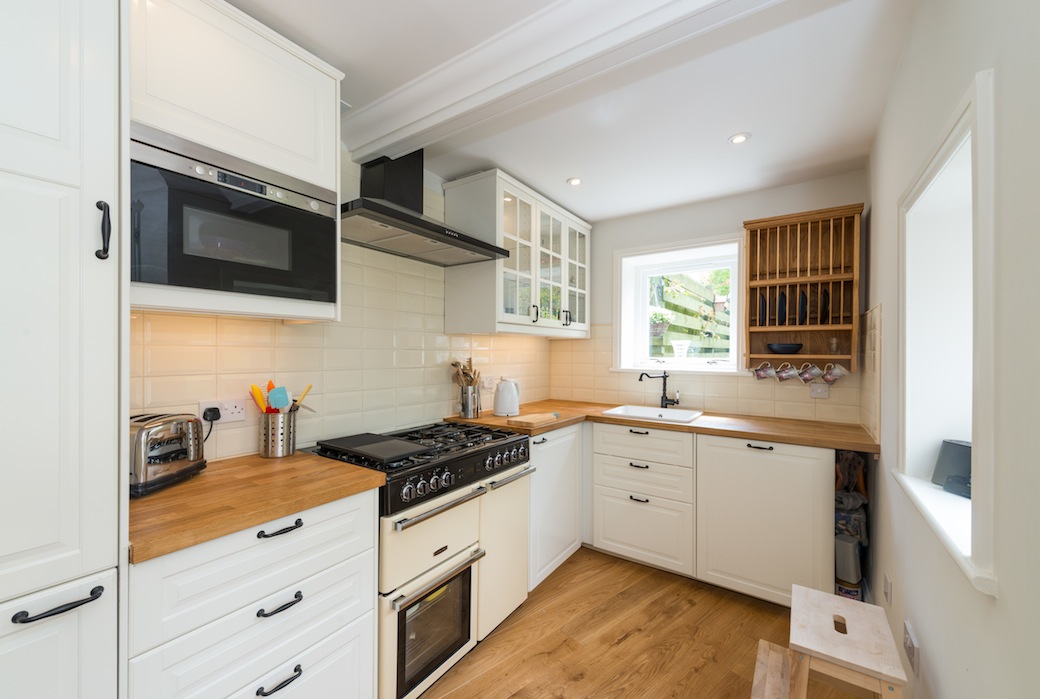 He installed an AGA multi-fuel range in the living space, and oak flooring adds a neutral backdrop to the furniture. “I wanted the interior to feel timeless and elegant,” Daniel says. “I was definite about what I was doing as I knew exactly how I wanted the spaces to look.” 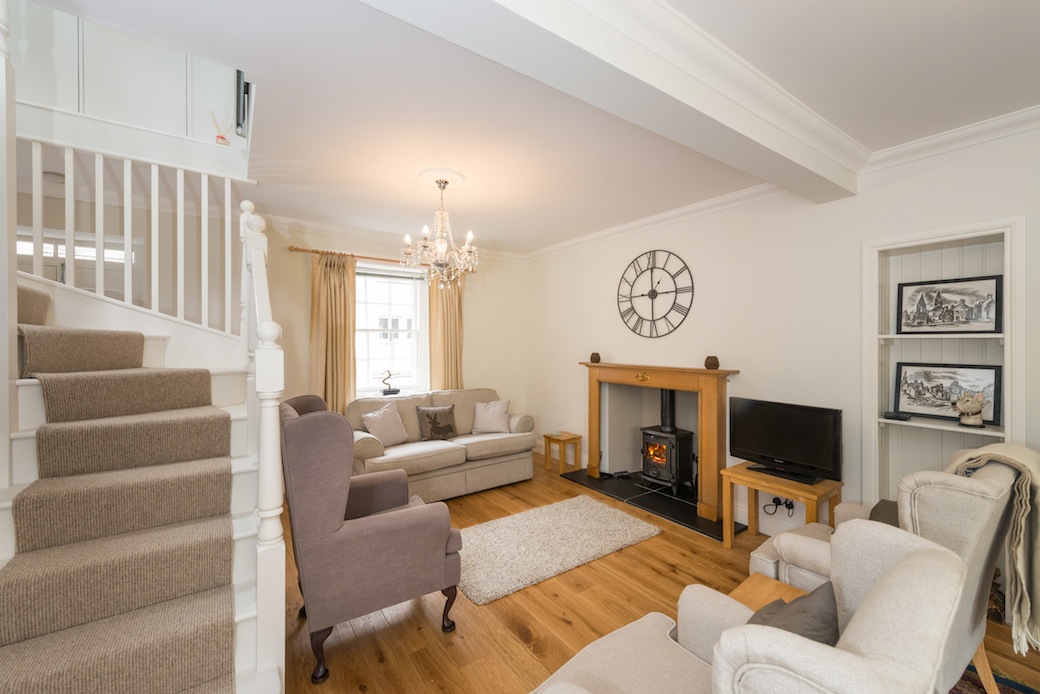 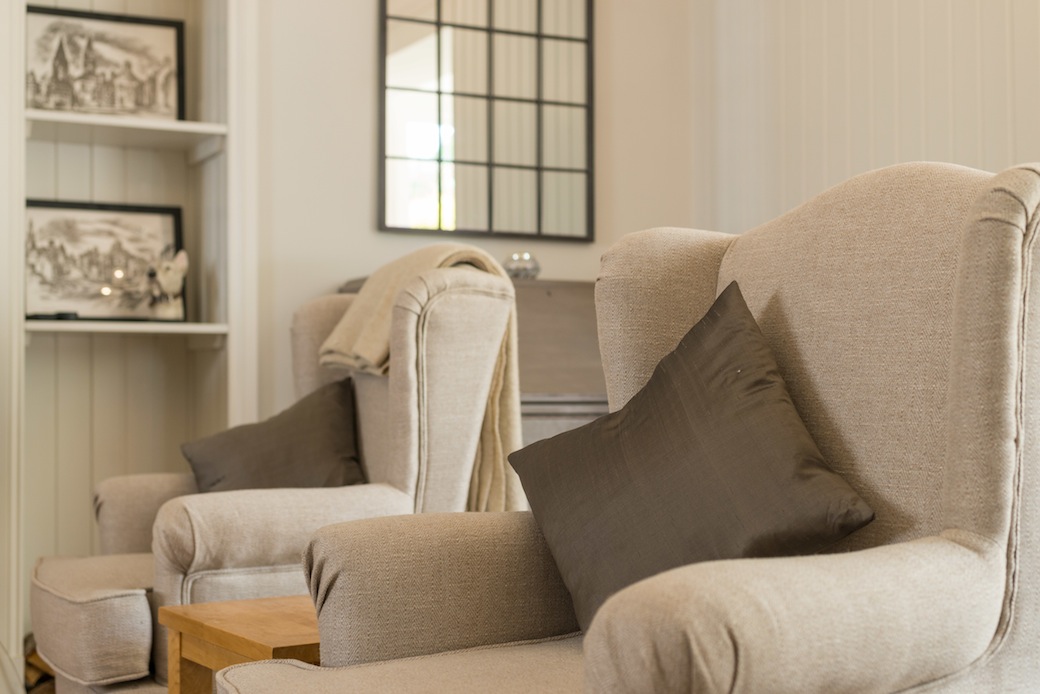 The extension is clad in larch and this will weather in tone over time. Daniel did consider painting the exterior, but decided to leave the wood in its natural state as it’s such a sympathetic finish within the wider context, both in terms of the garden and the neighbouring buildings. 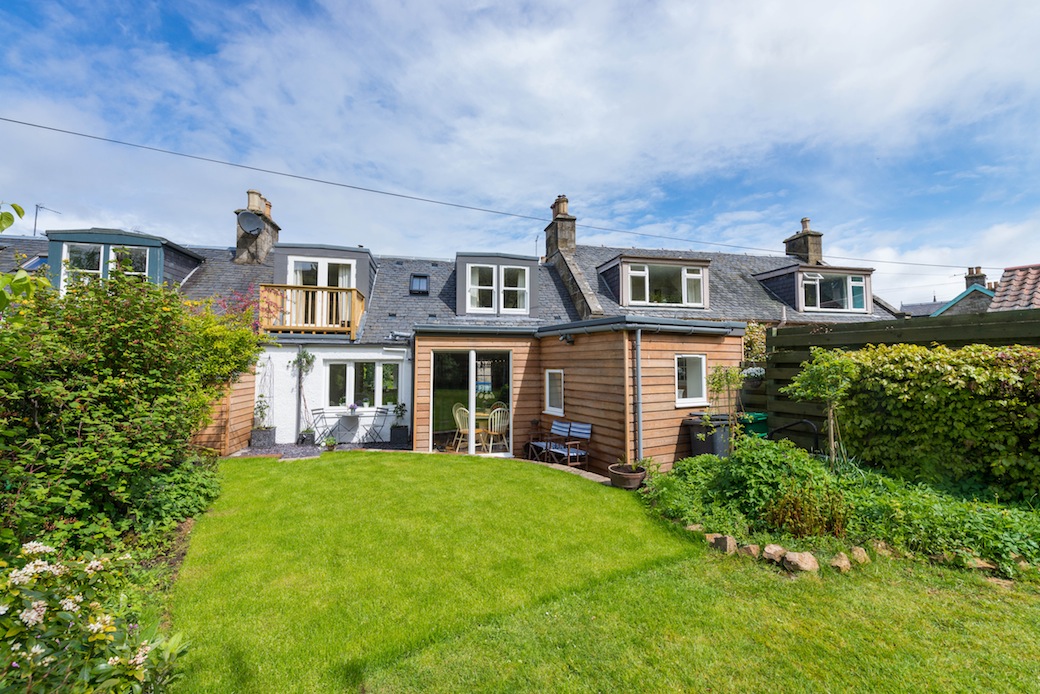 “I think one of my favourite things about the house is the view from the dining table,” Daniel says. “Even in bad weather, it’s great just being able to sit here and get light into the house.” Notably, Daniel didn’t have to increase the original footprint for the extension. Rather it was a case of using the existing floor space more effectively and making every inch of space work. 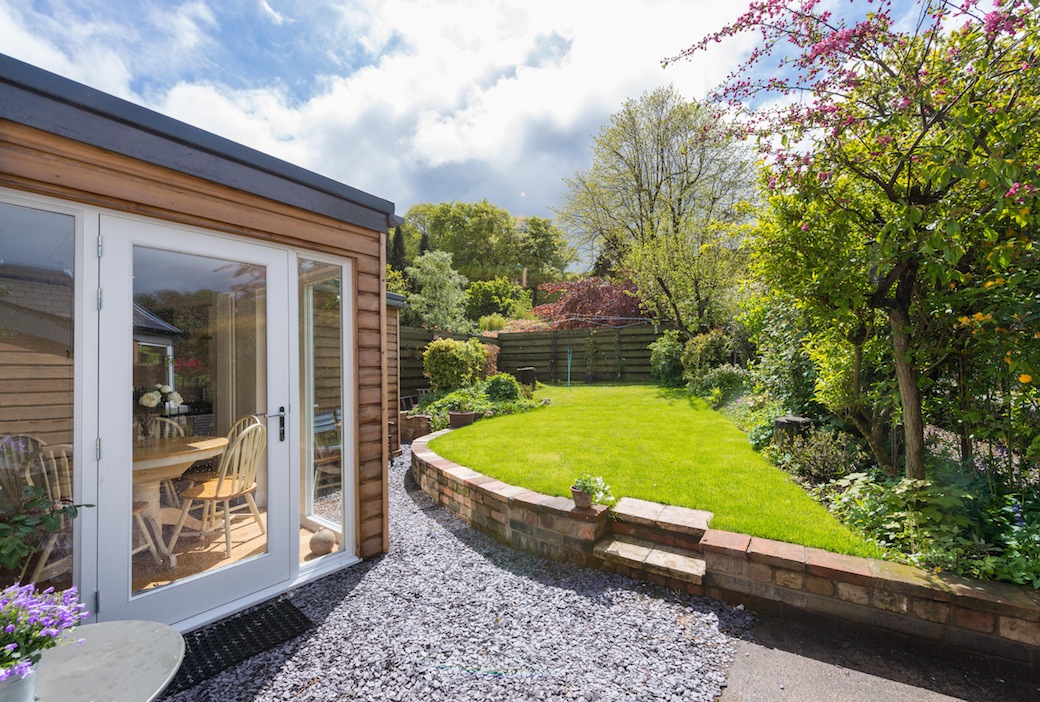 Remarkably perhaps, considering the scale of this project, Daniel stayed in the property through most of the refurbishment, which lasted eighteen months from start to completion. “This is the biggest thing I’ve done,” he says. “People get such a surprise when they come in. They don’t expect the house to look like this inside.”

Lilac Cottage is on the market with CKD Galbraith.

Photography by Sean Begley of Exposure.