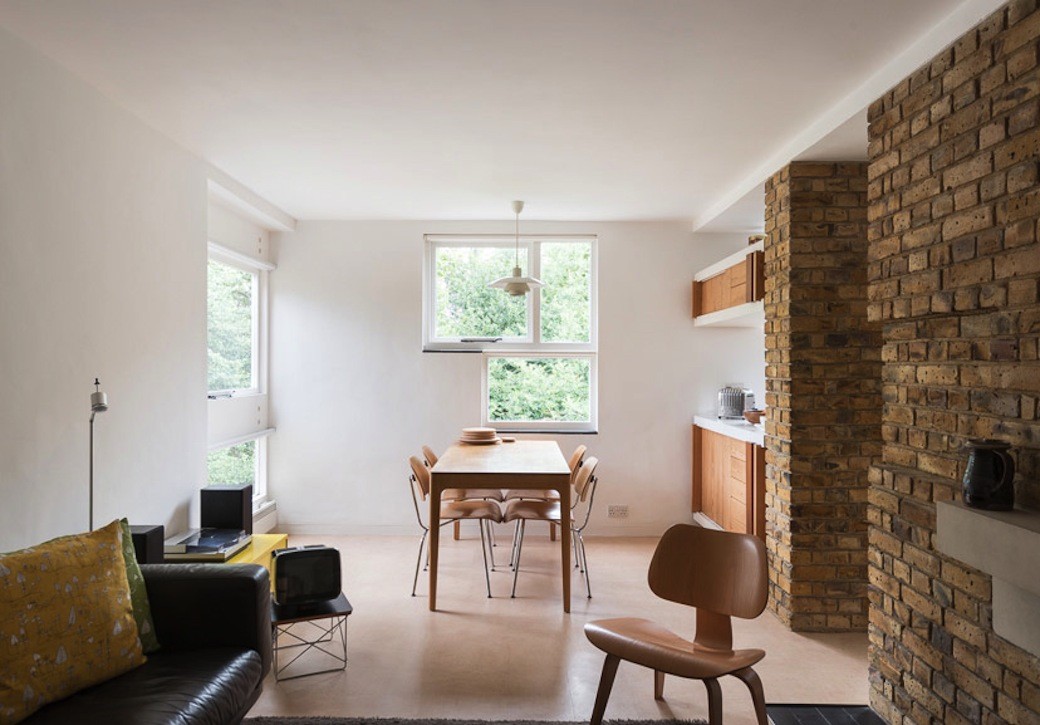 For all the times that I come across a great looking house, I must admit, as a city dweller, I’m always interested when I see a cleverly designed flat. I live in a flat; most people I know do the same. It’s just part of city living.

Which brings me to this apartment on Ham Common in London. As regular readers will be aware, I have a soft spot for internal brickwork. Give me a property with exposed brick walls, be it a loft or a mews, and I’m sold. So my interest was piqued from that very first image above. Throw in the mid-century classics and, well, this is my kind of interior. 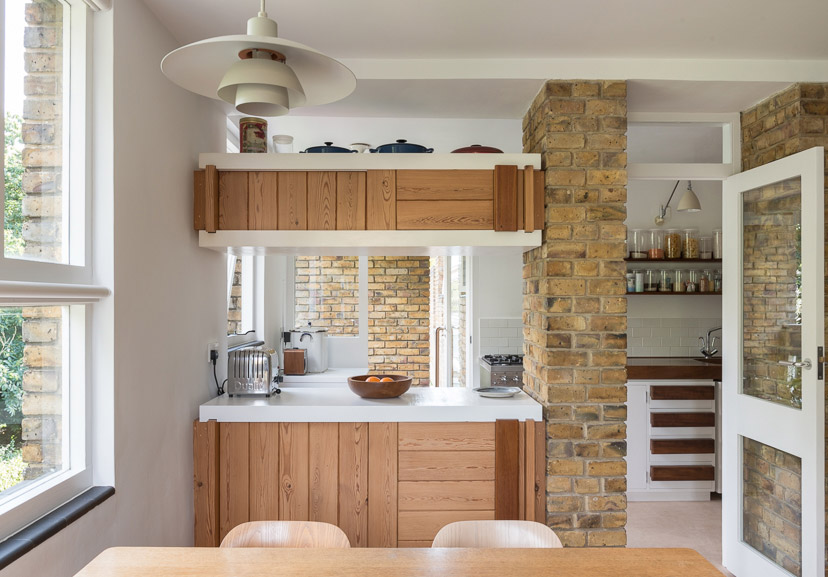 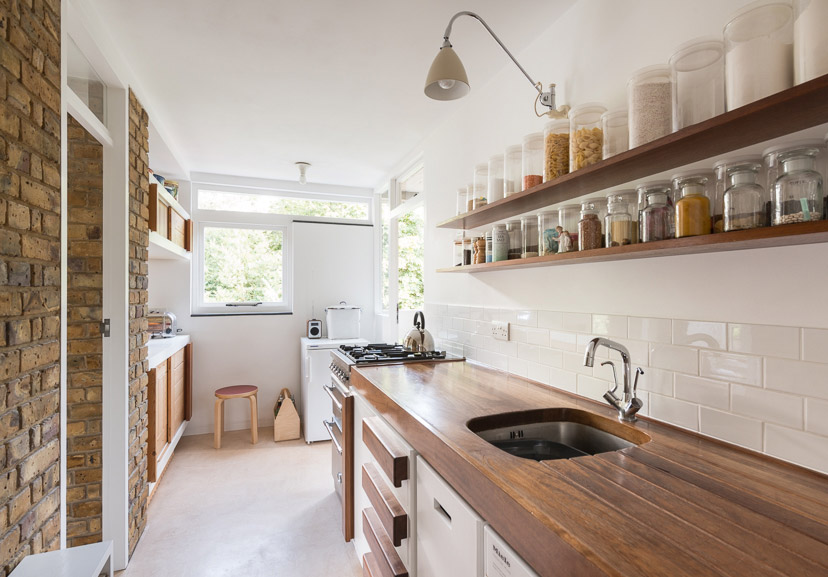 This three bedroom apartment also has an interesting history – and a very fine pedigree. Langham House Close was recently described by the 20th Century Society as “a benchmark against which all other apartment blocks can be measured.“ English Heritage has given the group of apartments Grade II* listed status (which is extremely rare for a post-war property) in recognition not only of the exceptional design by the architects James Stirling and James Gowan, but also the manner in which the buildings have been maintained since their construction in 1957-58. 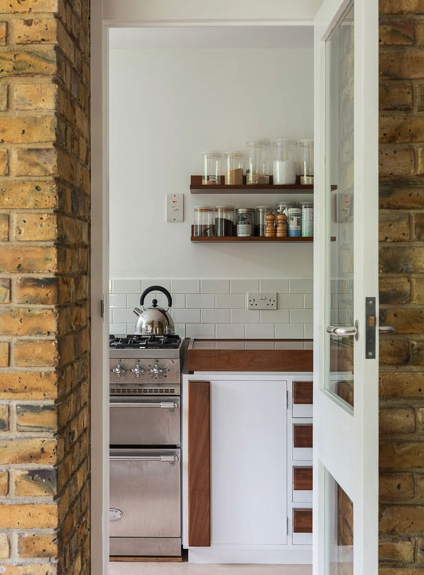 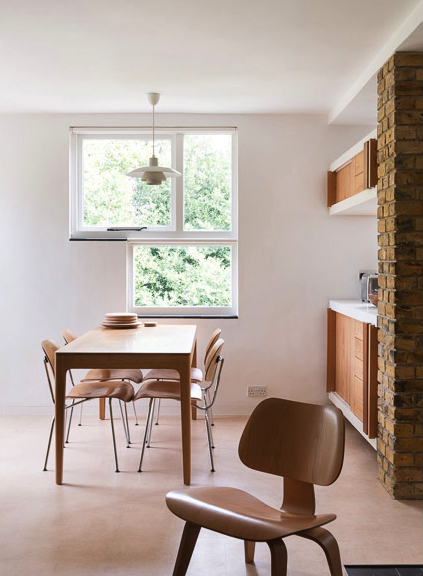 The property was marketed by The Modern House, and if you look on the listing there is a fascinating section on the history of the development.  This section caught me eye: ‘Apartments in the main block feature balconies drained by concrete gargoyles whose pattern derives from Le Corbusier’s Notre Dame du Haut, Ronchamp, and Maisons Jaoul… According to English Heritage, “this mix of vernacular and early modern movement influences with raw Corbusian concrete (far better finished here than in Le Corbusier’s work) heralded a new style of architecture in Britain, which with its acknowledgement of the massiveness of many buildings of the nineteenth-century industrial revolution was a truly British contribution to the international modernist canon of the late 1950s, and gave an appropriate aesthetic to the title ‘New Brutalism.”’ 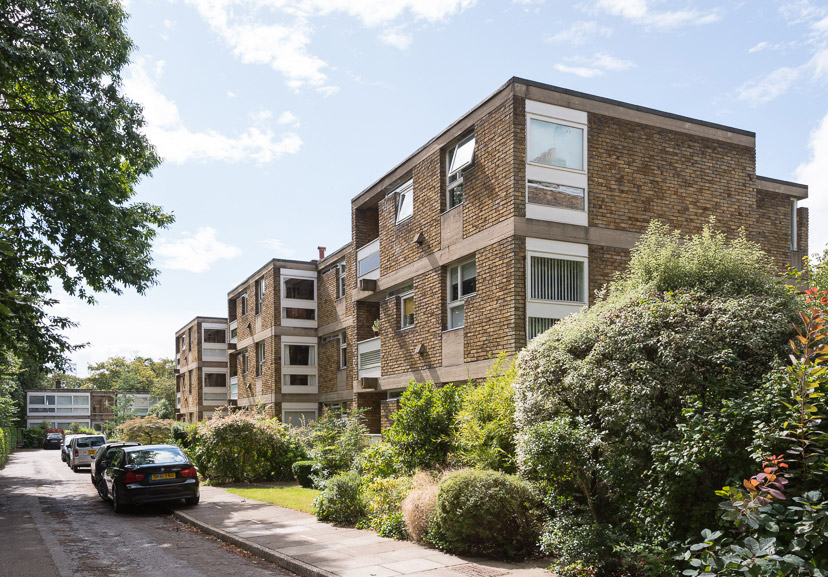 The interior design of these properties is also credited as being ‘particularly noteworthy’ and the quality of the internal detailing is evident from these photos. Catherine Croft, the director of the Twentieth Century Society, says that “the flats themselves are striking with ingenious floor plans and geometric concrete fireplaces. They still look very modern and are exciting spaces to live in.” 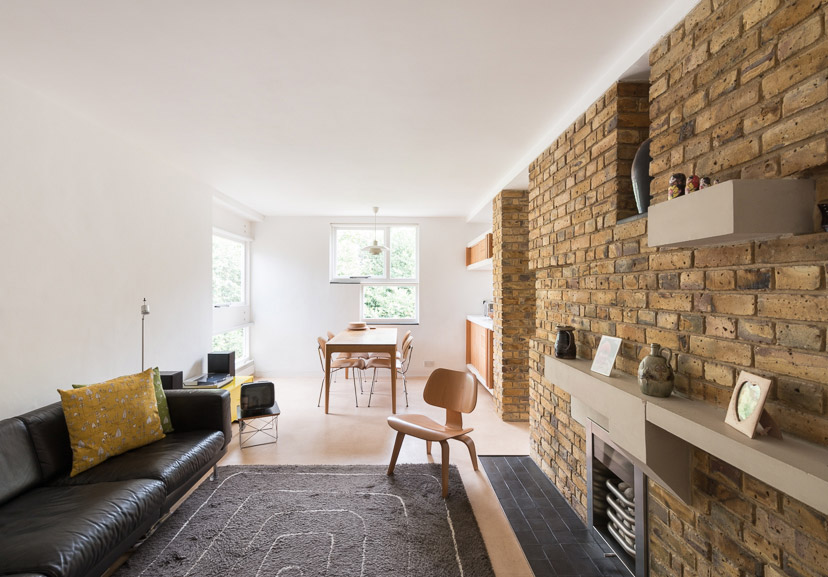 Looking at this apartment today, the first impression is of light-filled and flowing space. Situated on the second floor of the main block, this apartment couldn’t feel more contemporary, yet original features include the exposed brick walls and the refurbished kitchen cabinets. If you’re looking for an interior to strip apart and begin again with a blank canvas, this isn’t the flat for you. There are plenty of properties out there that are in dire need of a complete internal overhaul. 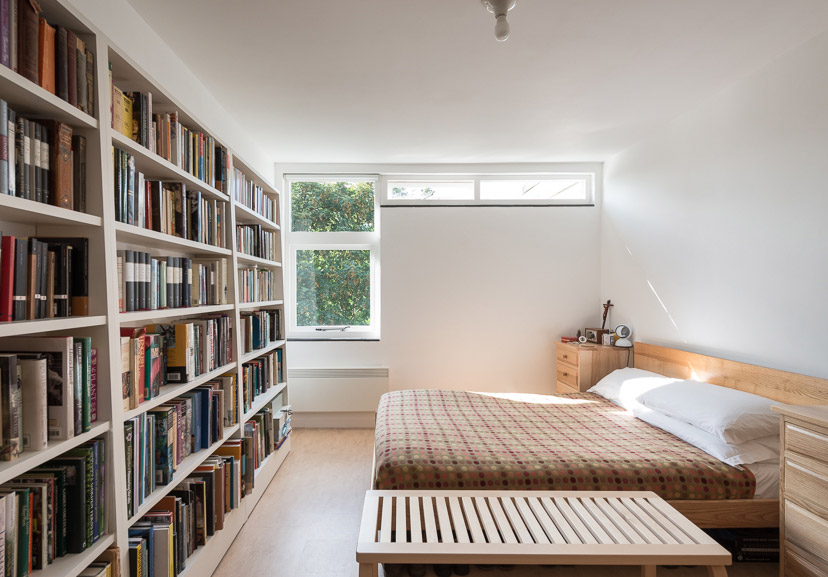 By contrast, this apartment needs someone with a desire to respect its heritage combined with an appreciation of mid-century design. Over the years of interviewing people about their homes, time and again people have described themselves as being “custodians” of period properties – whatever the period might be – where they’ve had a strong sense of their responsibility to the building they inhabit, and an awareness that one day someone else would take on that mantel. This is one of those properties. This is a rare apartment, and for the next buyer, it’s an opportunity to relish.

IN CONVERSATION WITH RACHEL HAZELL