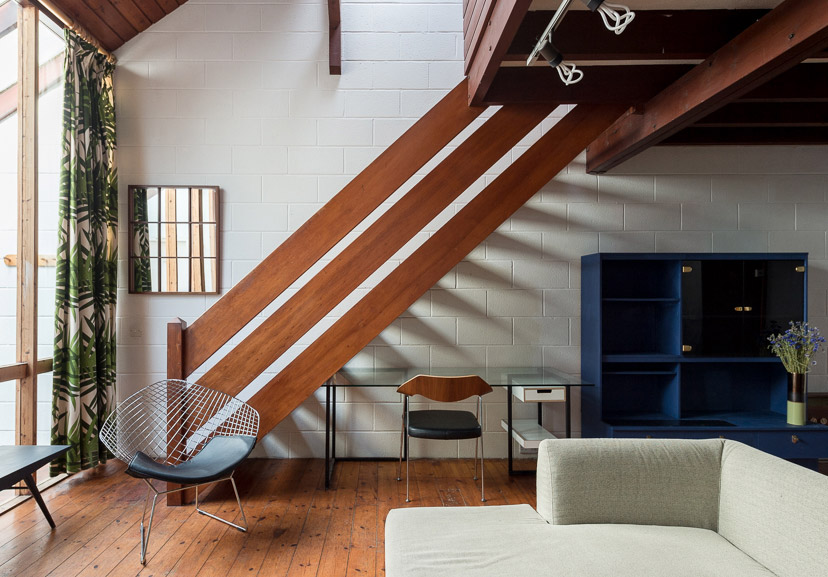 I’ve said it before (possibly too many times) and I’ll doubtless say it again, but nothing appeals to me more than a compact house or flat that’s been cleverly designed. If you live in the city centre as I do, then making the most of a tight floor-plan is often the norm. And, too often, smaller properties just have wasted space, whether that’s poorly thought out storage or dead circulation space. So whenever I find a house or flat that answers this, well, I sit up and take notice. 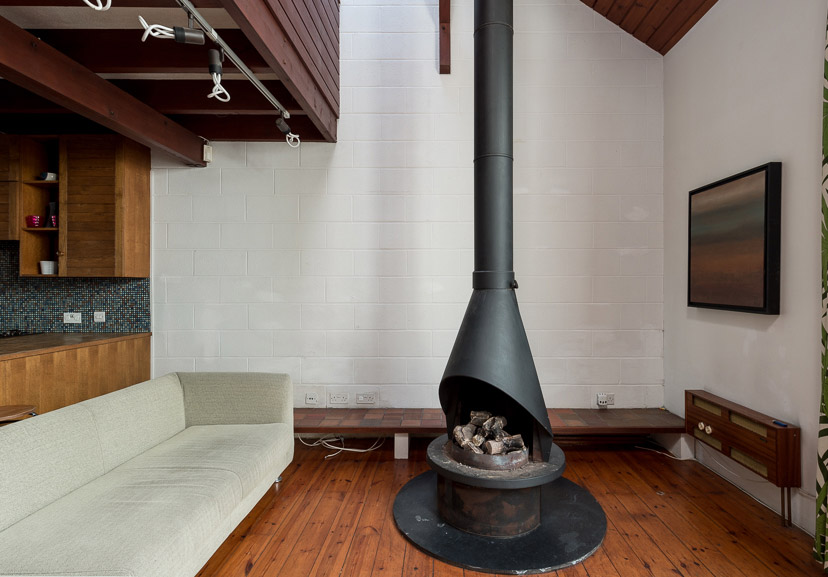 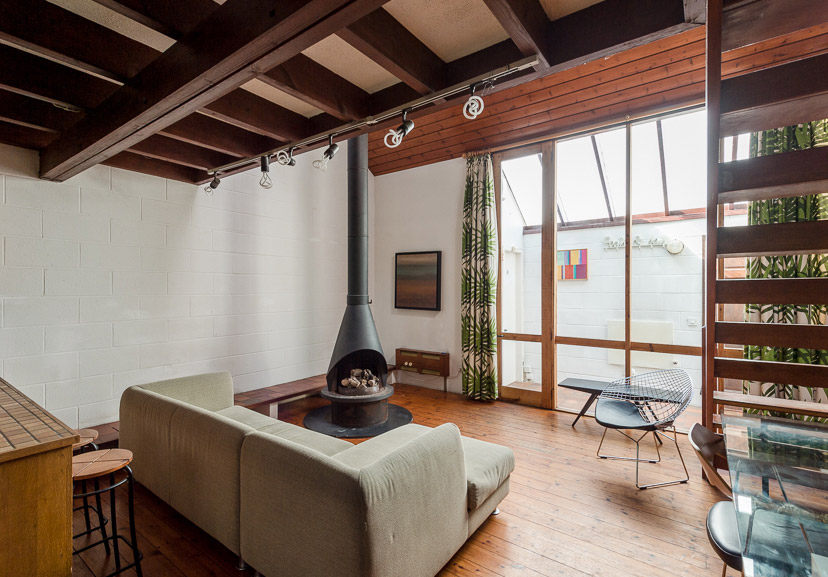 Granted, The Kiln Studios won’t be for everyone, but if you enjoy open plan living and have an eye for modernist design, then this house might be a real hit. The Kiln Studios is a group of six houses that were built in 1979-80 to a design by the New Zealand-born architect Peter Beaven. The properties were a co-operative venture built by six people who bought the plots in the approved scheme and worked on the finishing themselves. 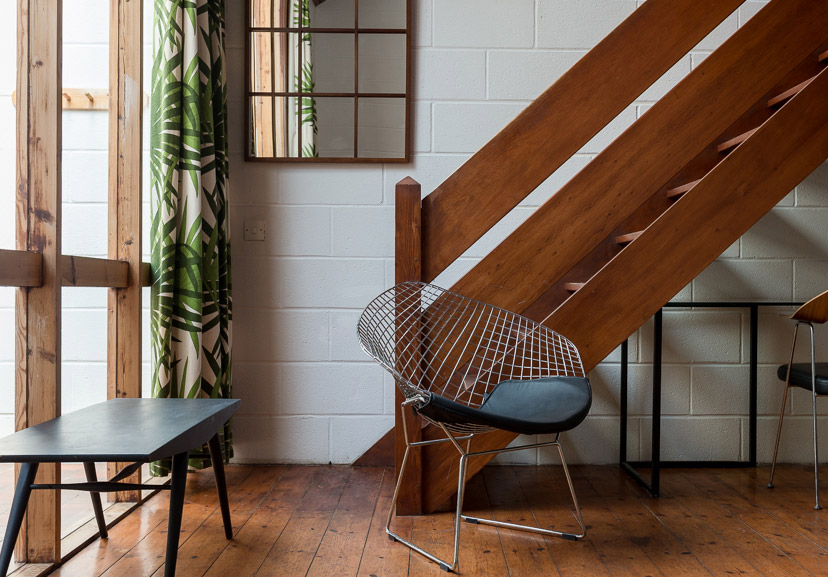 Located on the lower slopes of Highgate in London, this particular house-cum-studio is situated along the pedestrian walkway that leads from Winchester Road up to Hornsey Lane, and is largely in its original condition from the doors and door furniture to the painted blockwork walls and oil-fired central heating. The double-height living space features the original wood-burning stove, and the kitchen and dining area are positioned to the rear below the mezzanine-level bedroom. The bathroom is also upstairs, and there’s a cloakroom off the entrance hall. 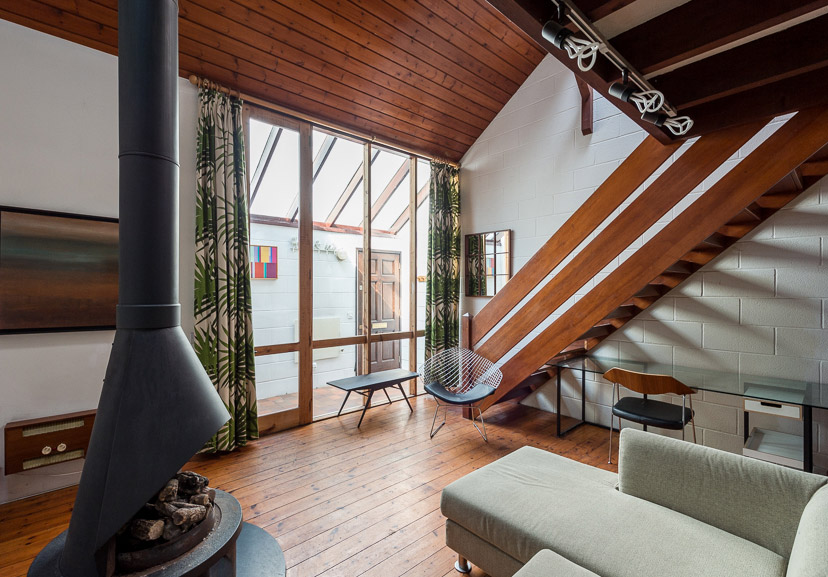 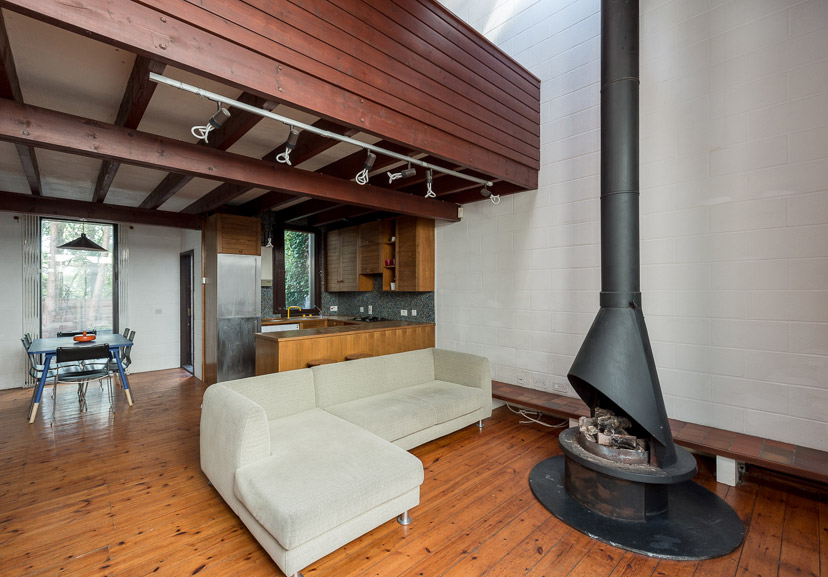 The selling agents The Modern House point out that this unique property is “an outstanding alternative to a flat in the area”, and indeed it is – and there’s a private garden here and off-street parking. As soon as I saw this property advertised, I thought how great it would look if upgraded – without losing the architect’s original vision – and furnished with a careful selection of mid-century pieces. I thought of Andrew Fletcher and Rachel Green’s home, which I featured here back in March. Andrew and his partner Rachel run the business Twentieth Century Antiques and had filled their own relatively compact mews home with the most beautiful collection of furniture and lighting and accessories. 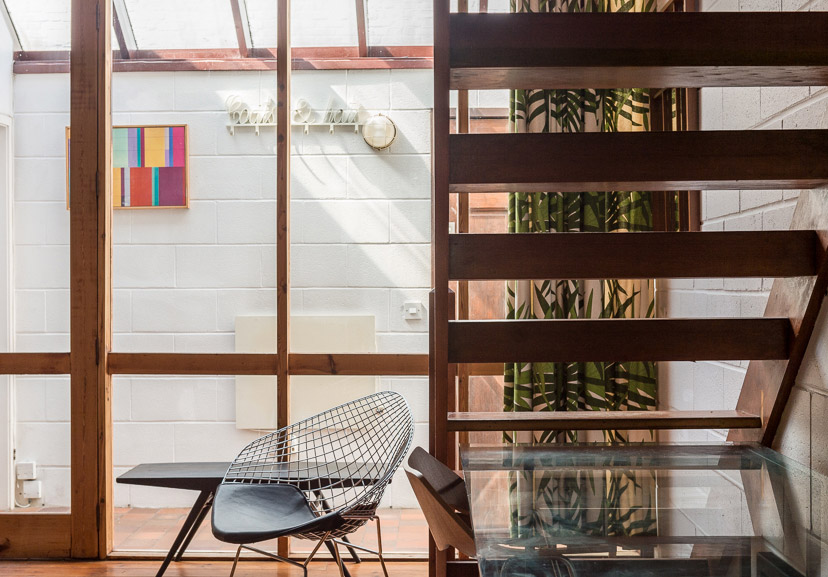 And I could see this same approach working here – and particularly in the way Andrew and Rachel designed their kitchen, which was handmade in iroko and inspired by a 1950s Danish ice bucket designed by Jens Quistgaard. That kind of mindful and crafted approach would be perfect for this house. You’ll see what I mean from the photos in the previous post. 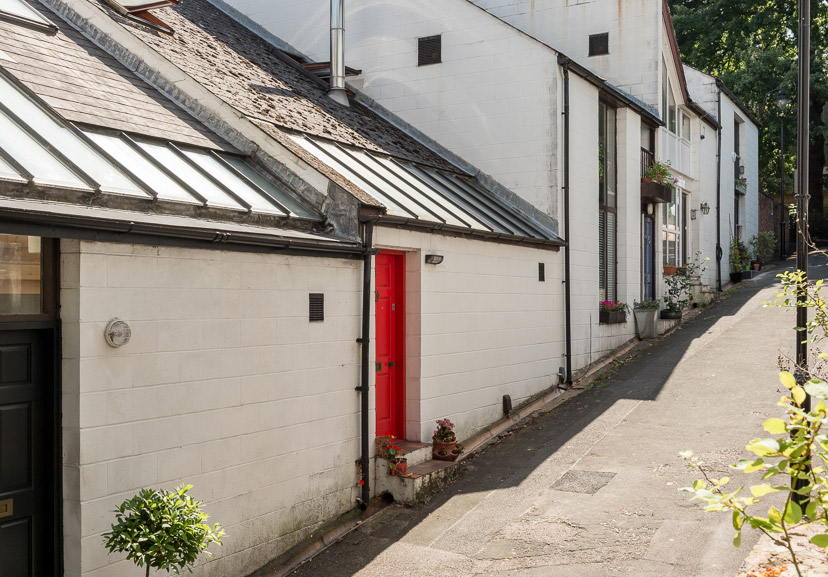 So yes, I love this little gem of a house, particularly as, from outside, you would never guess what this interior looked like. If I was relocating to London, with this budget, I’d be knocking on this door.