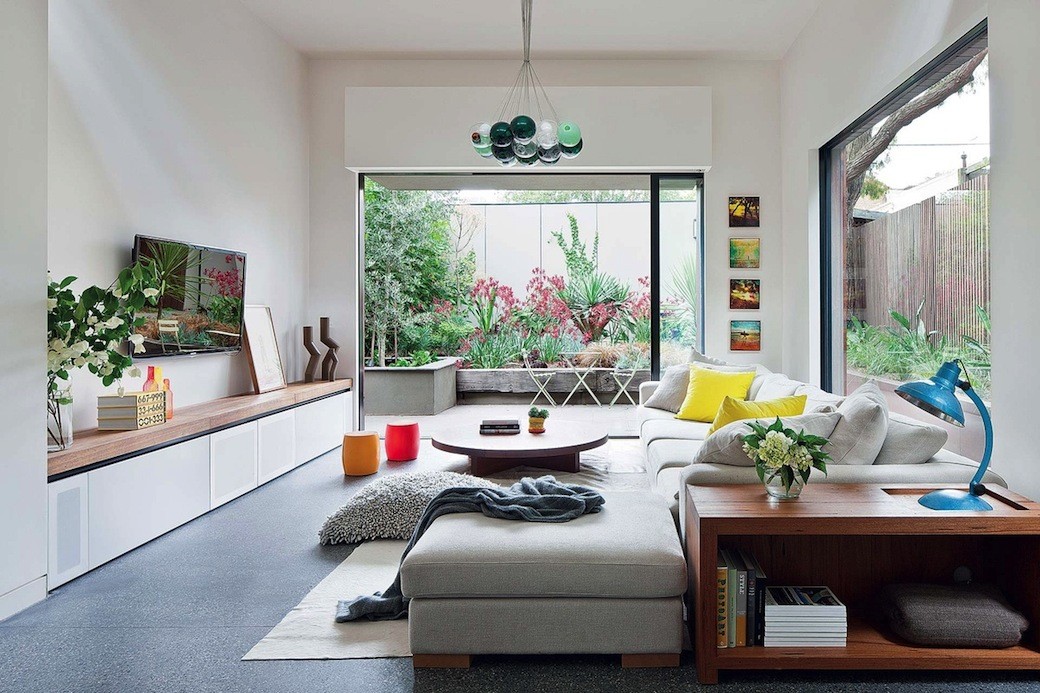 From the front, this house in the Melbourne suburb of Fitzroy displays an elegant piece of architectural history with its handsome Victorian façade, but what’s happening around the back of this property is just as striking. The owners – a freelance costume designer and the founder and MD of a film and TV distribution company – worked with Techné Architects to extend the existing house, and the result is, if you like, a house of two halves, and an interior that’s filled with contrasts. 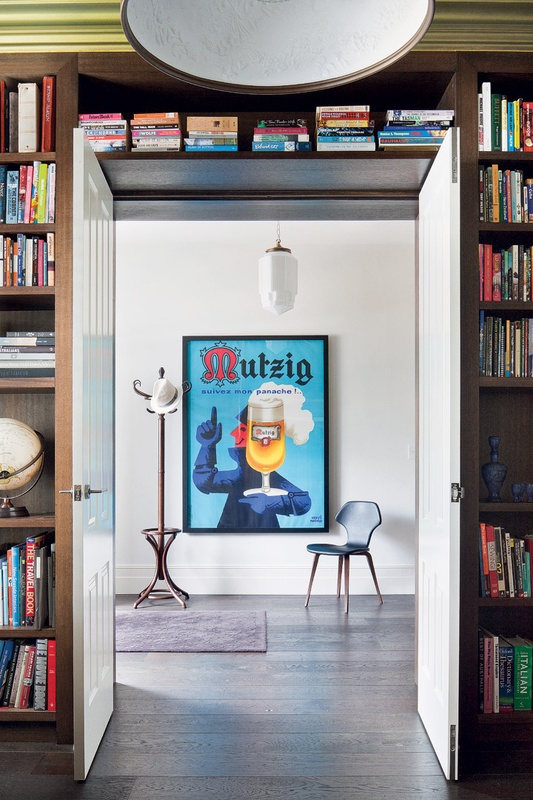 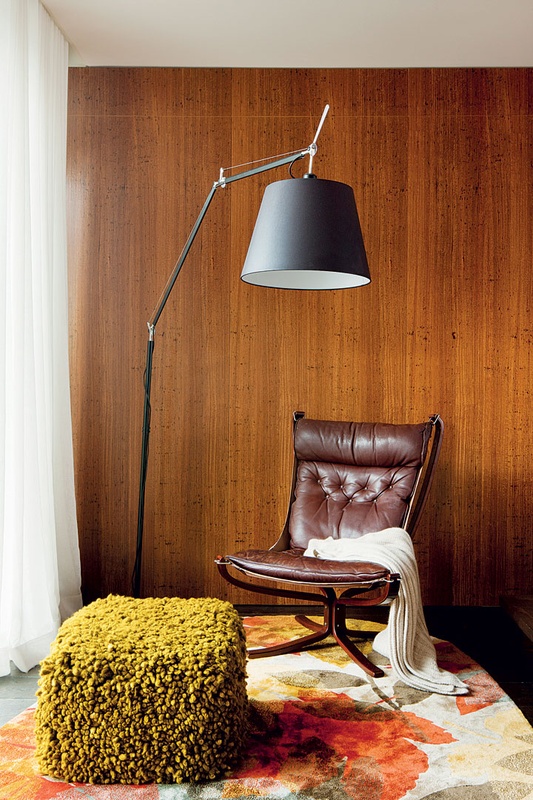 The rooms are the front were designed to reflect the grandeur of the period detailing in the finishes used along with the choice of furnishings, while the rooms are the rear are streamlined, with a lighter and fresher colourscheme, and are seamlessly connected to the external spaces. 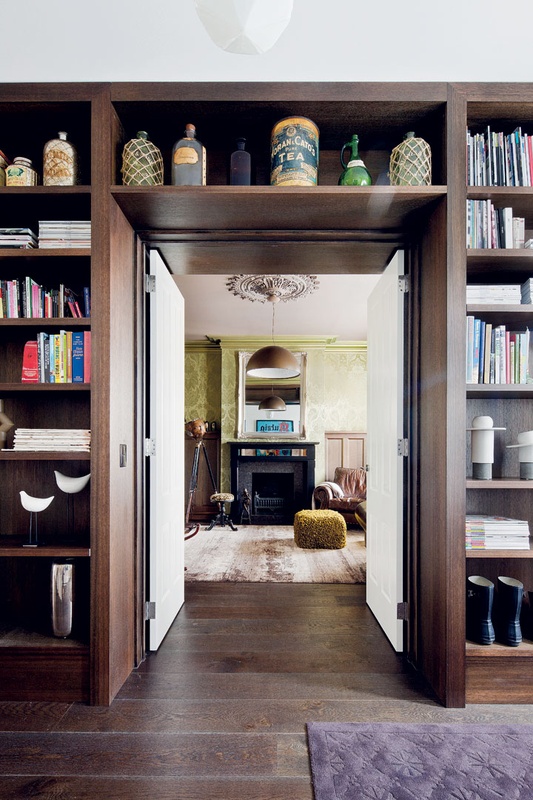 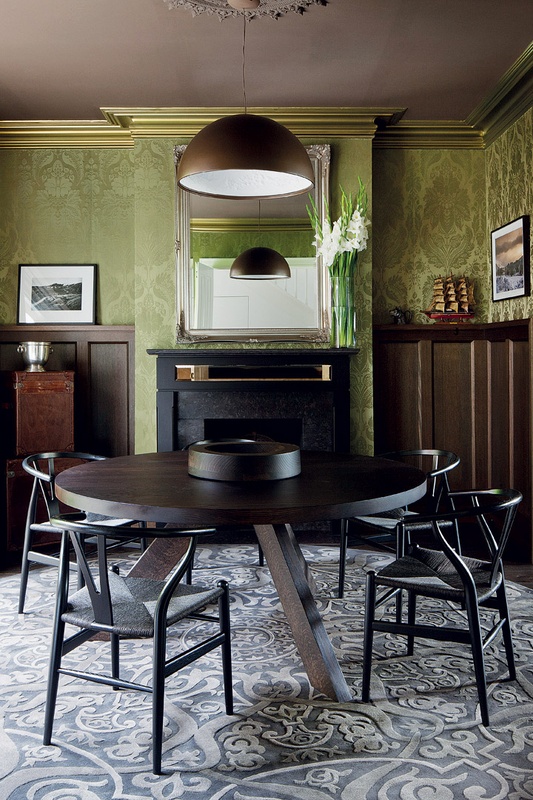 There’s so much to admire here – not least the organic palette of materials including the rich reddish-toned ironbark that clads the extension. 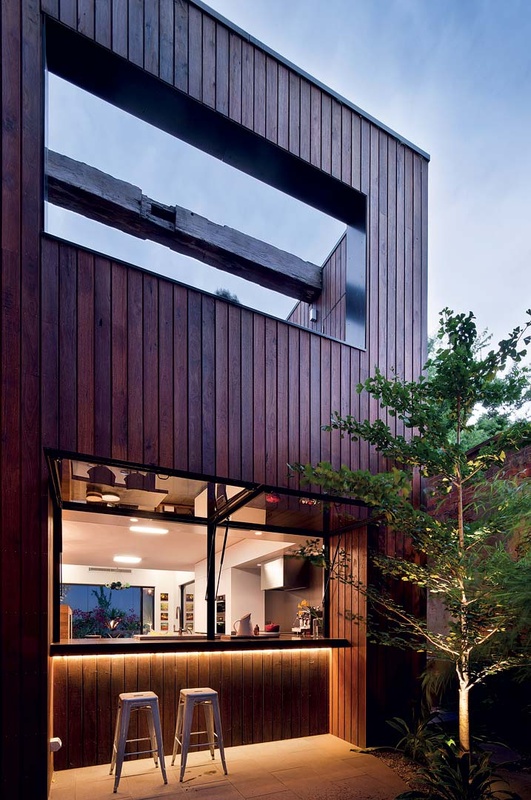 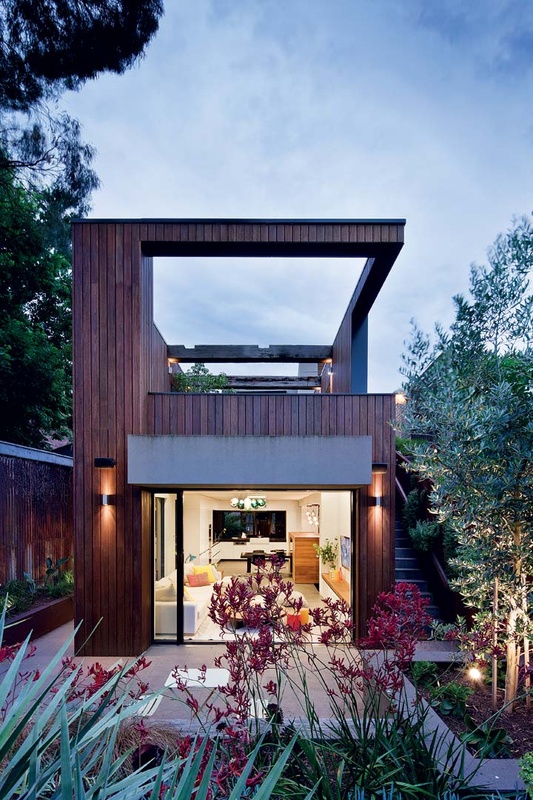 One inspiring and perhaps unexpected detail is the little courtyard that sits between the old and new elements of the house, where an external breakfast bar stays connected to the kitchen thanks to the café-style, flip-top windows. Ingenious. 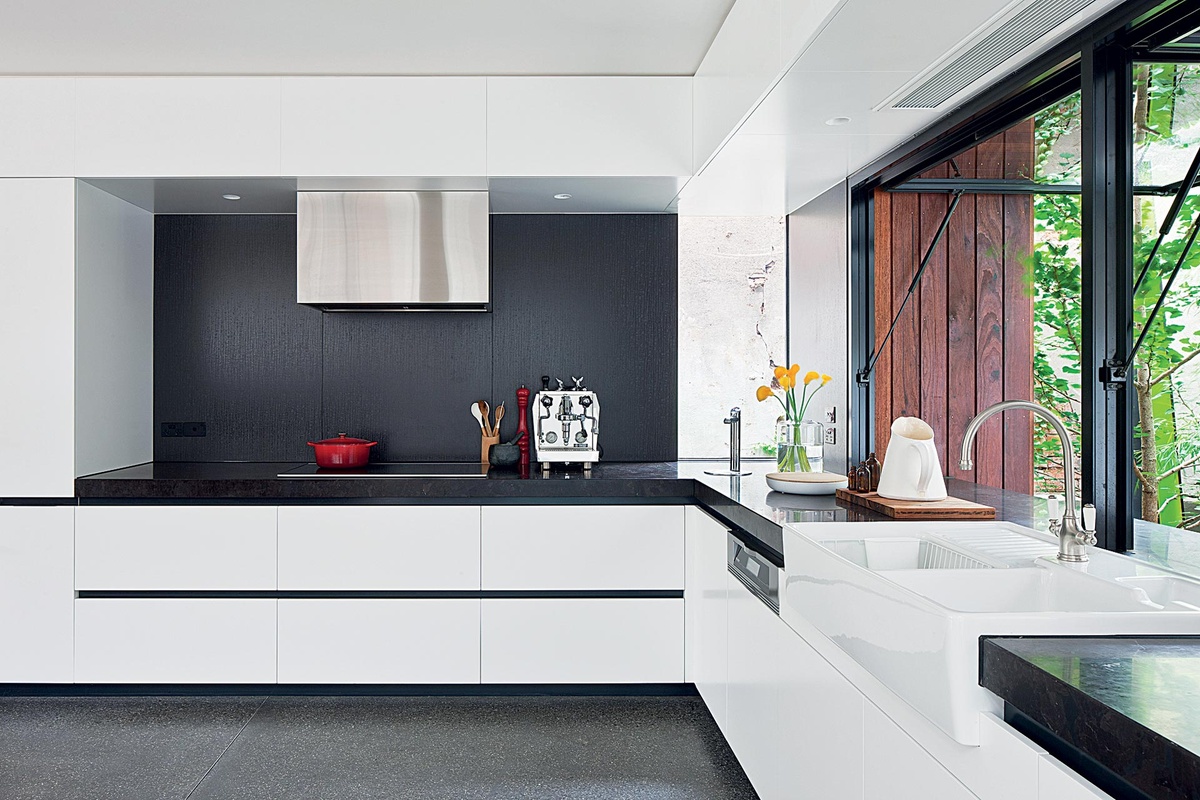 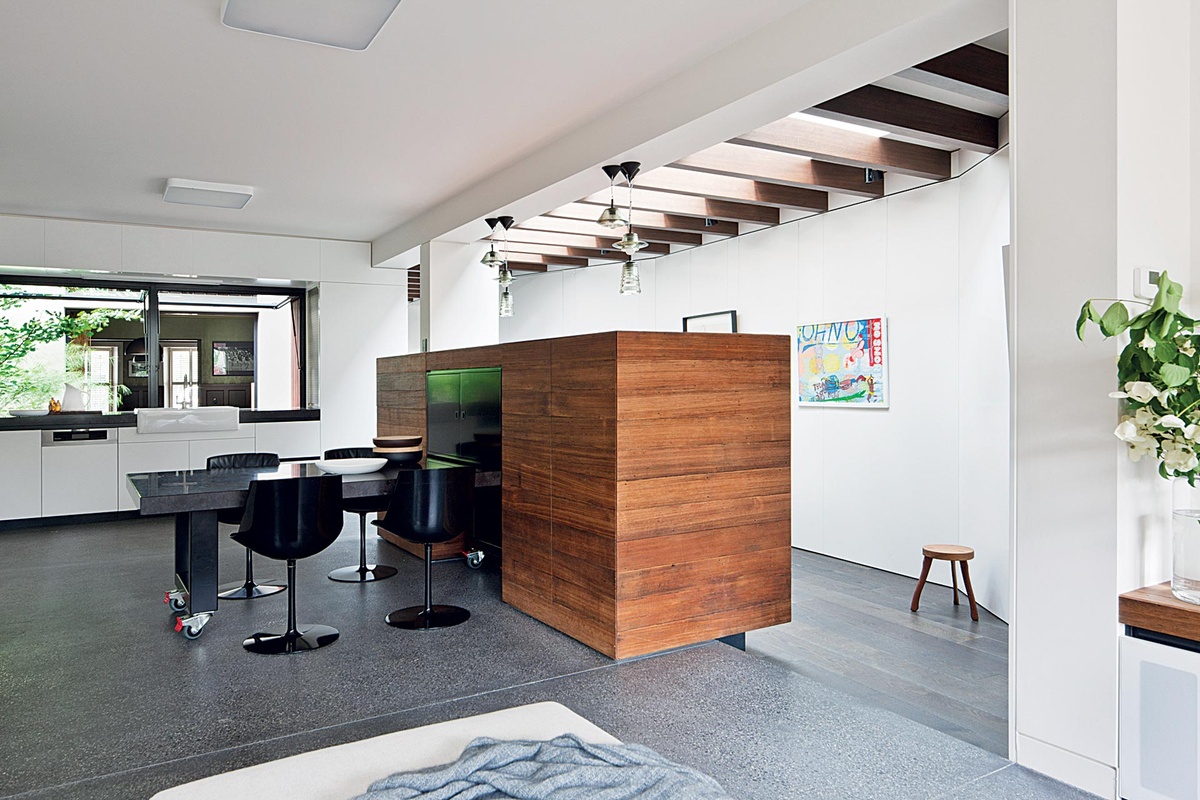 The upper level of the extension features a large external deck with reclaimed ironbark wharf posts, which are used as beams for the pergola. It might have been easy for the owners to have felt constrained by the architecture of the existing house, but rather they’ve embraced the old while infusing the new areas with personality. What an exciting house. 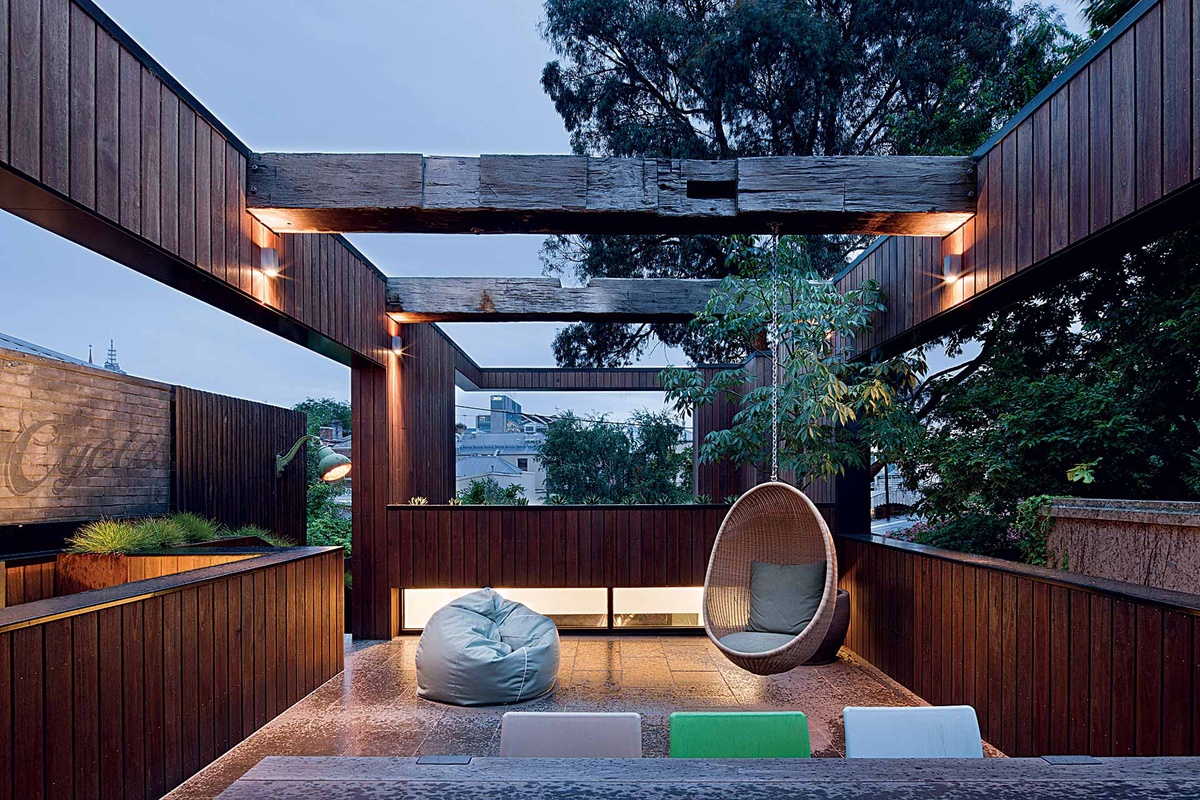 Photography by Shannon McGrath. See more images and a feature on the house here in Urbis.