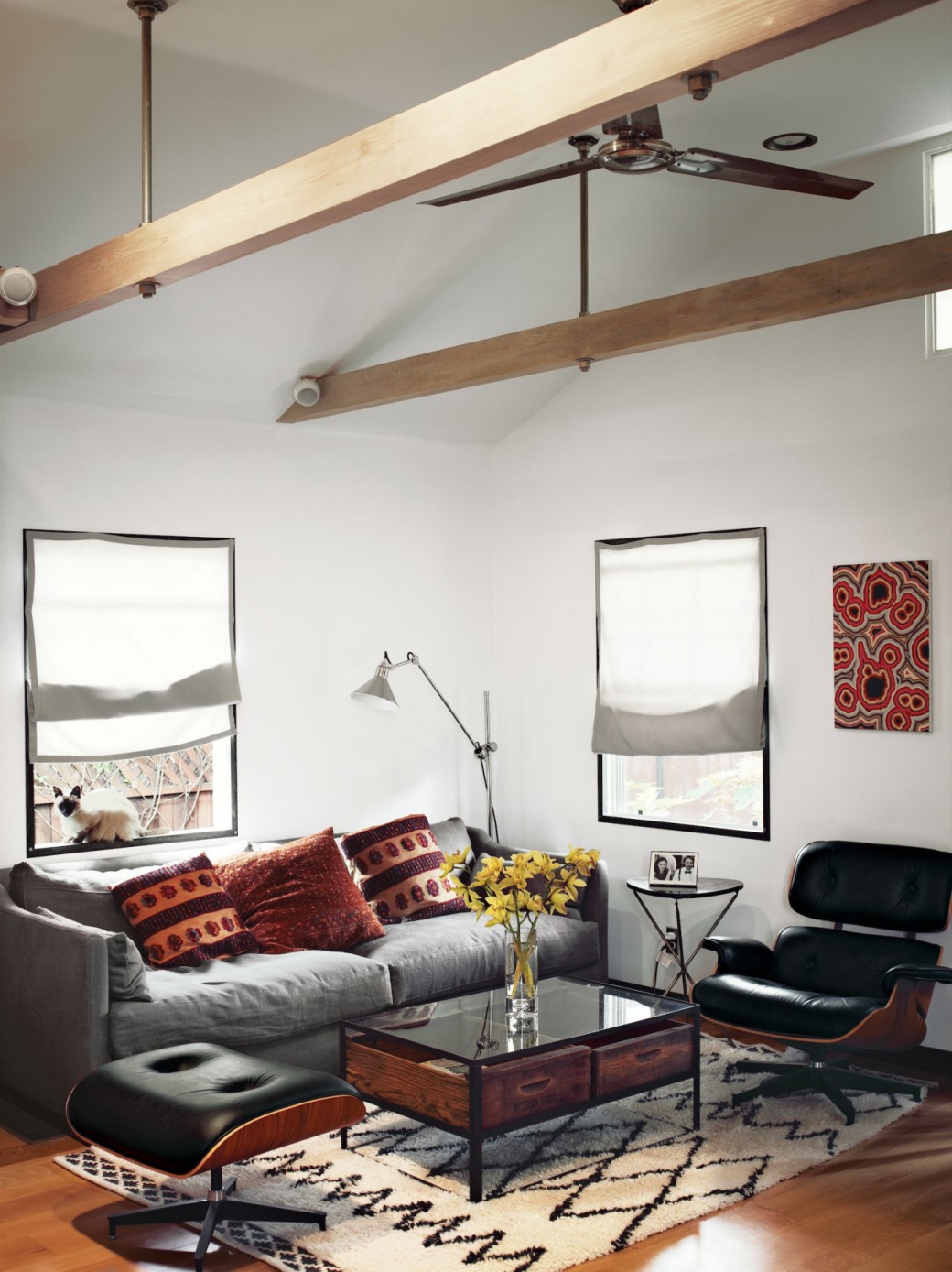 We’ve all seen it: an A list actor or celebrity who has splurged out on a gargantuan mansion, hired an interior designer, and ‘blinged it up’ by several notches. Whenever I see the headline ‘Celebrity Home for Sale’, I’ll admit there’s a part of me that wants to check it out for nosiness sake – let’s face it, most of us are fascinated by how the ‘other half’ live – but the other part of me shies away from being reminded that money really doesn’t buy taste. Not even close. 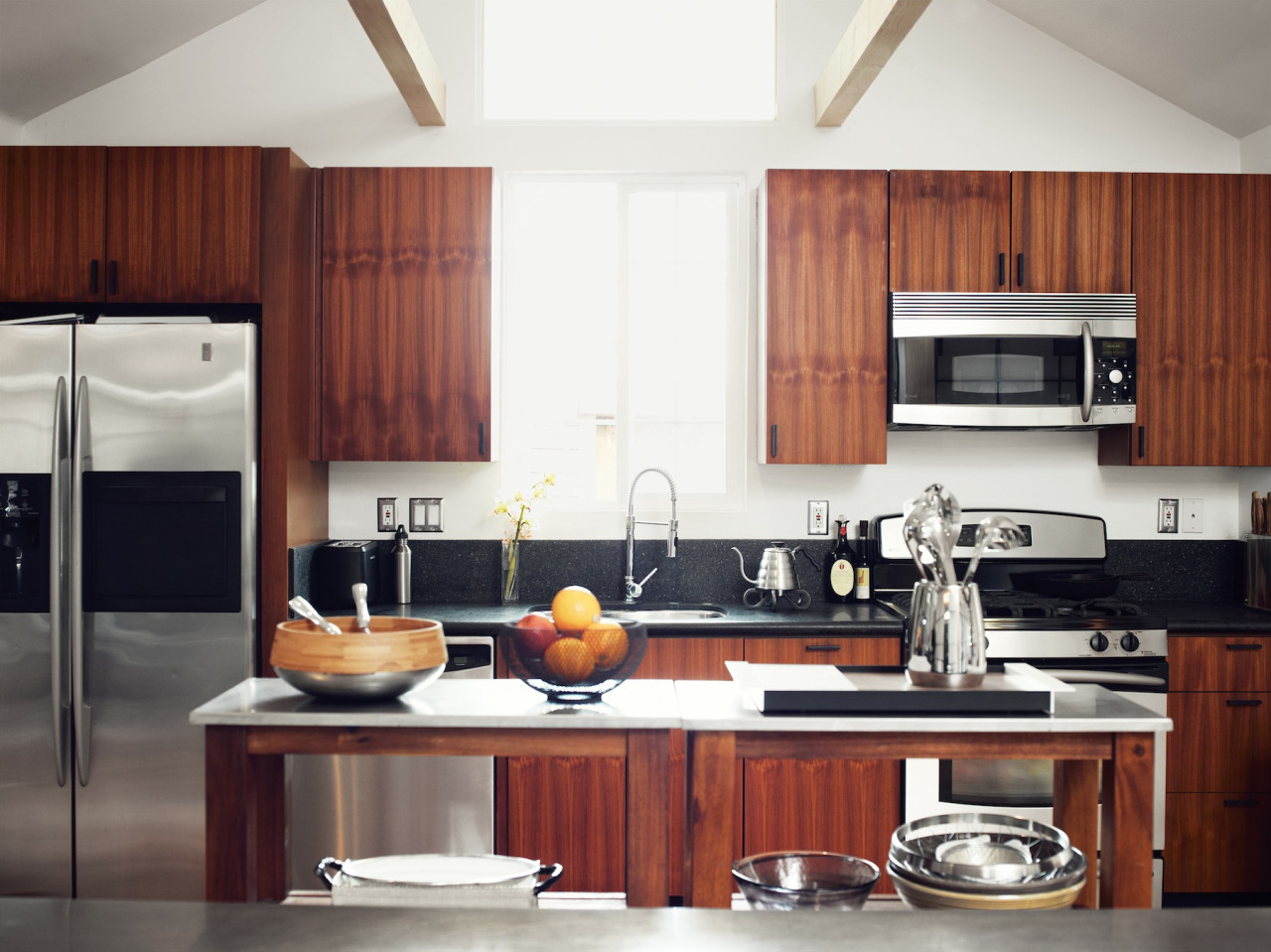 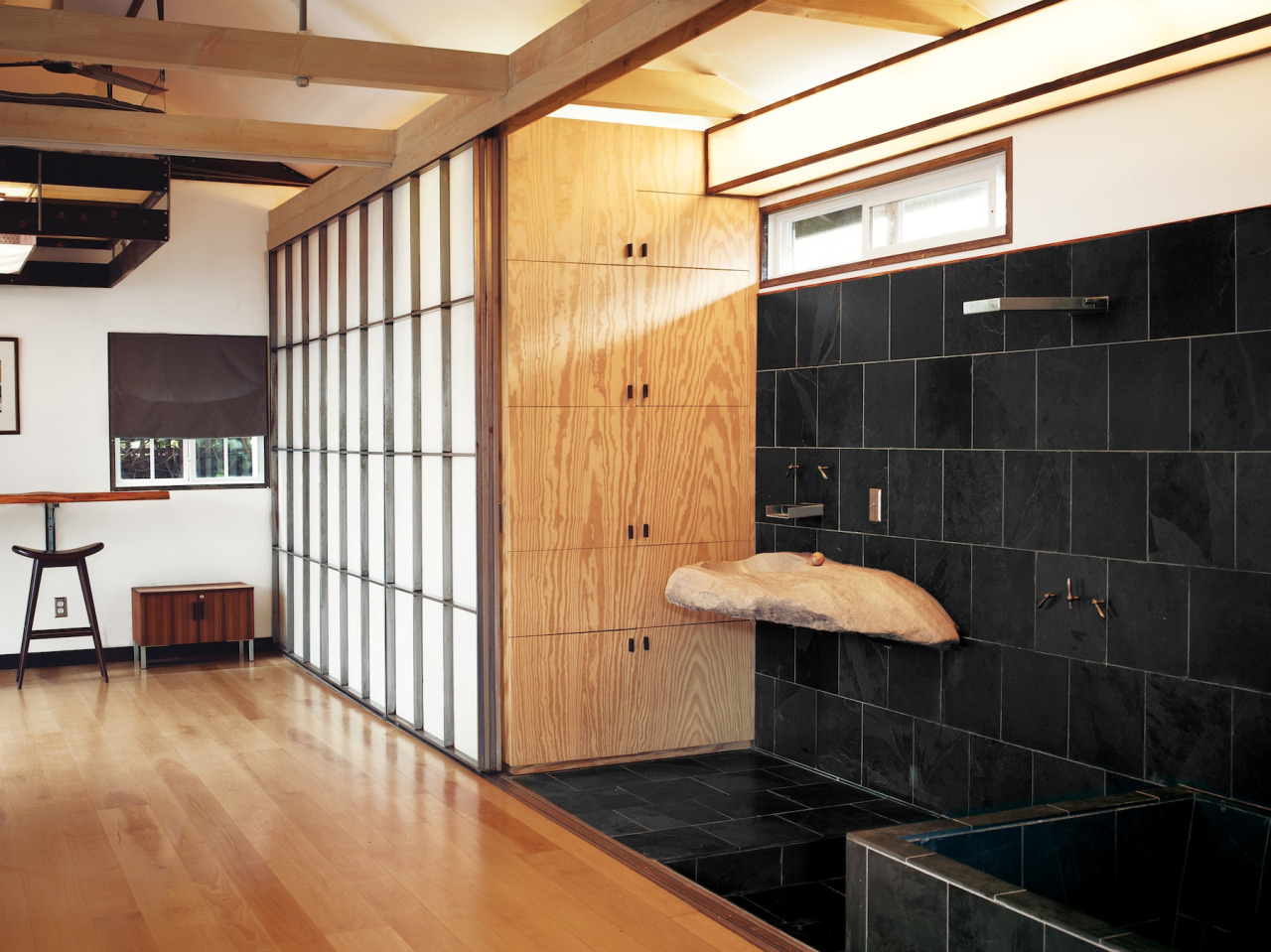 Which is why I loved this house the moment I laid eyes on it, when it was featured in Dwell last year with these gorgeous photos by Joe Pugliese. And it’s why this compact, super-styled home marks the return of International Fridays this week as the property is now for sale. For Mad Men fans, the owner of this house will need no introduction. As ad man Pete Campbell, we’ve had a love/loathe relationship with actor Vincent Kartheiser since the drama arrived on our screens in 2007 with its signature mix of incredible style, great acting, and a whip-smart script that never throws out a lazy sentence or scene. Like Don Draper – indeed, like all of the main characters – Pete walks that line between being fascinating and despicable, and Kartheiser captures this brilliantly. 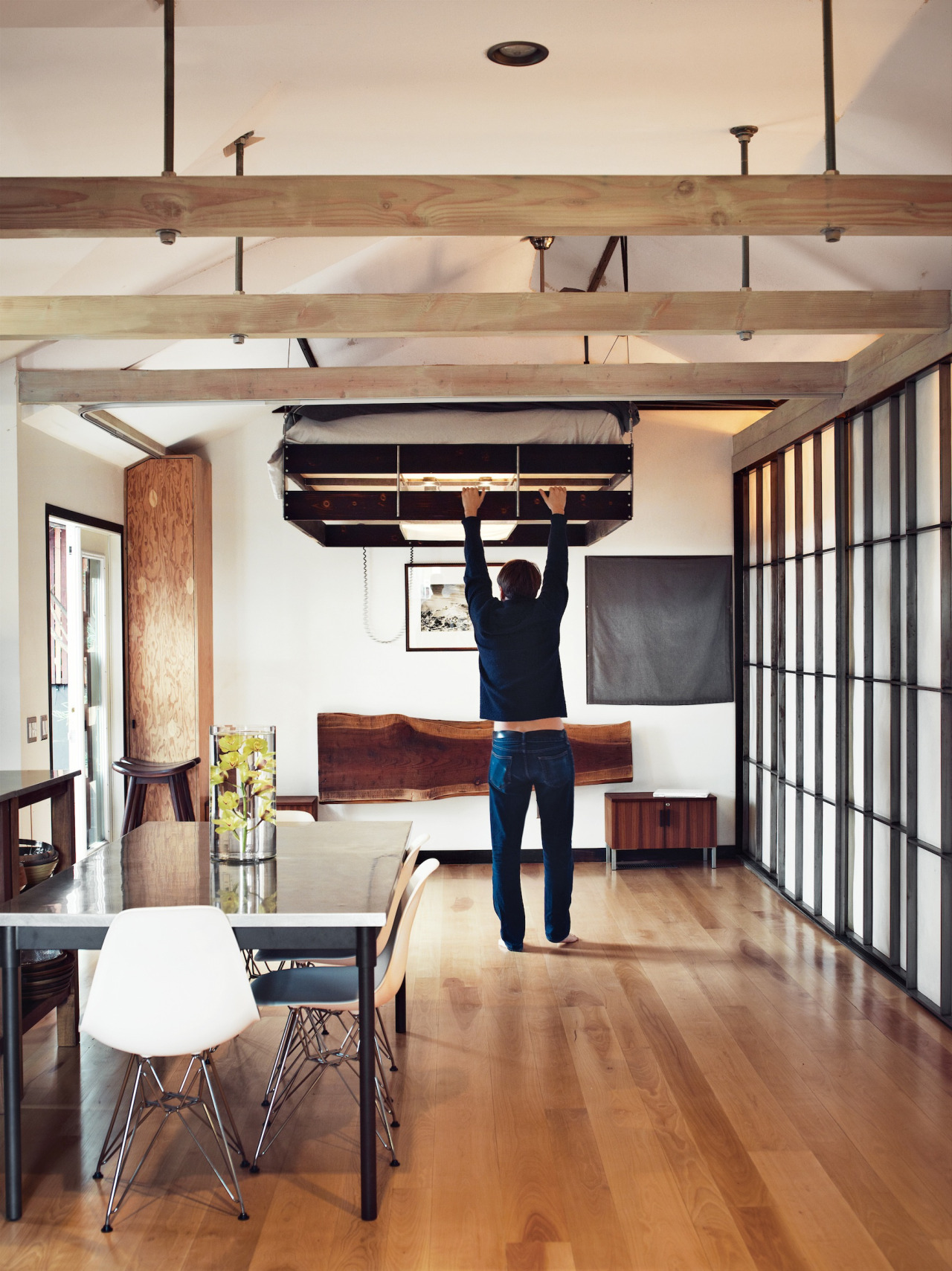 So, naturally, it’s a joy to discover that Kartheiser also knows a thing or two about interiors. Rather than scale-up as his pay packet allowed it, the actor bought himself this 580 sq/ft cabin – a vintage bungalow that sits at the centre of a walled and gated lot in Hollywood. Initially the space was split up into a number of small rooms, but in 2010 Kartheiser started working with the designer and builder Funn Roberts, who scooped the space out and introduced some truly inventive design. 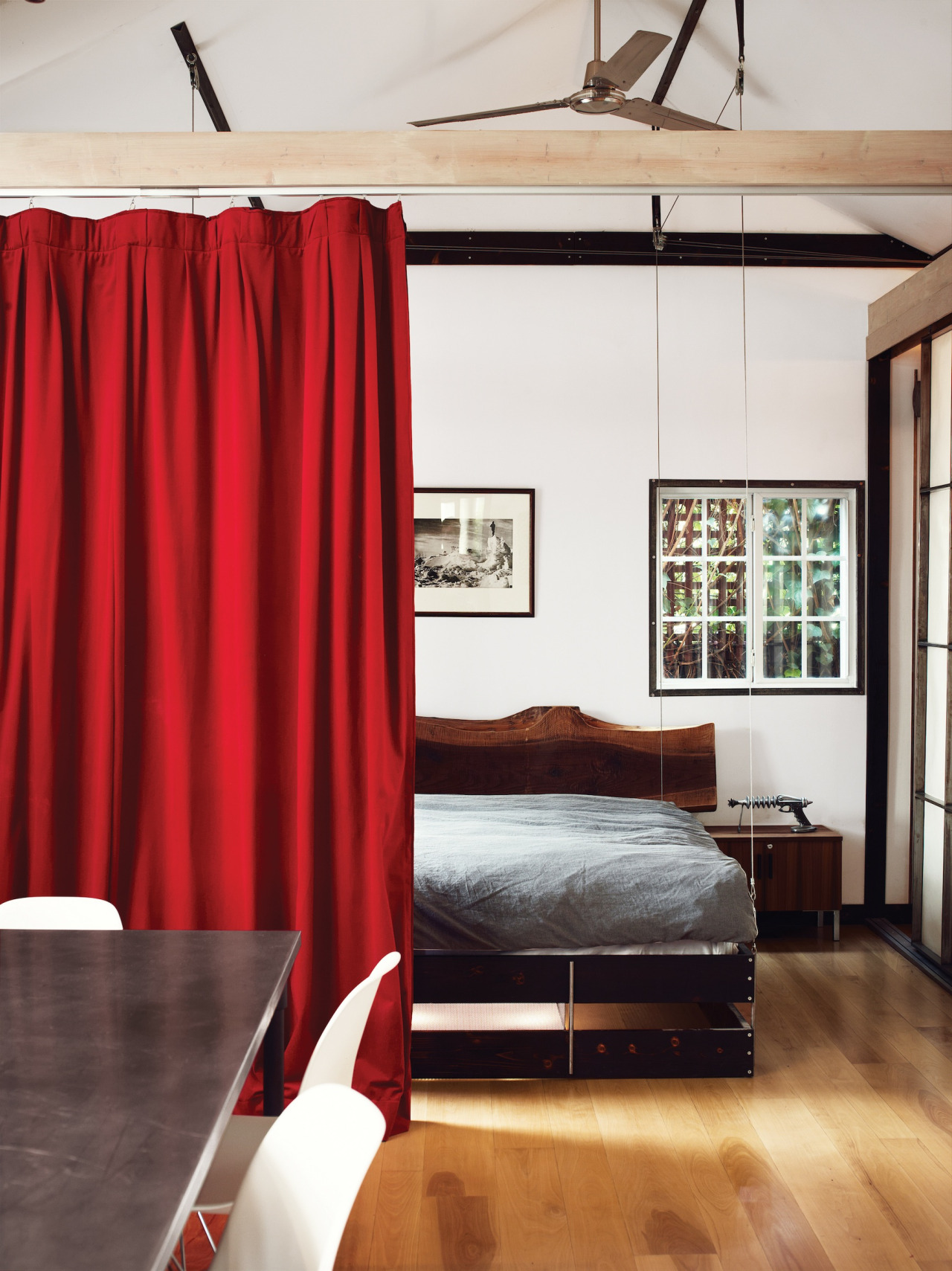 I’d highly recommend reading the article from Dwell as it gives a real insight into Kartheiser’s often quirky approach, and details the clever design features, but a few obvious highlights jumped out at me. Having created the loft-style open plan space, Roberts arranged the bathroom and storage along one wall, concealed behind custom made shoji-style sliding screens that glow when lit from behind. That’s a great detail, giving the illusion of space beyond. 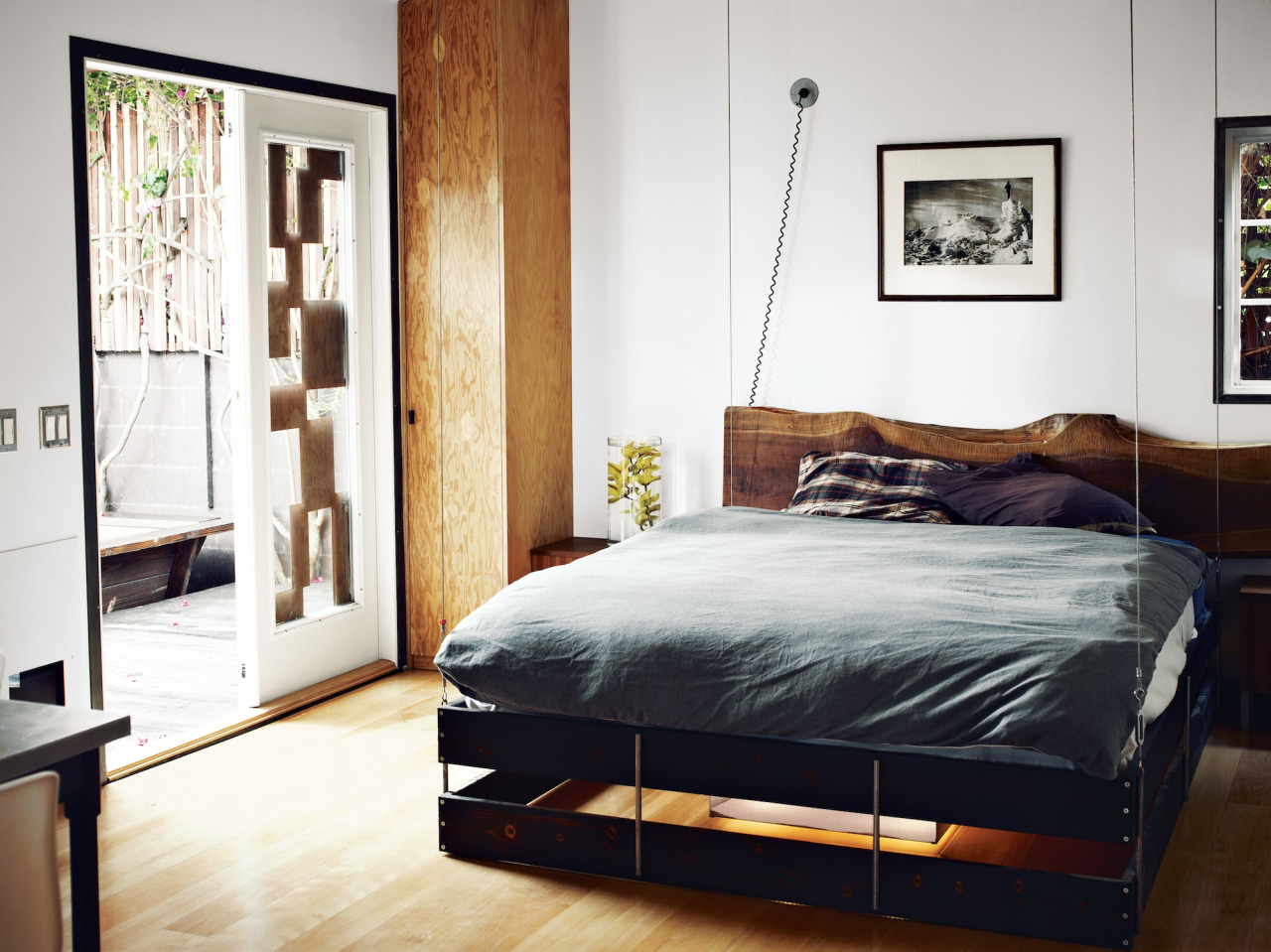 And what do you do with the bed when there isn’t a bed ‘room’? Well, you suspend it from the ceiling, that’s what. The pulley system that achieves this features a 300-pound steel counterweight. The headboard is a slab of redwood that doubles as a desk when the bed is raised. Genius, right? 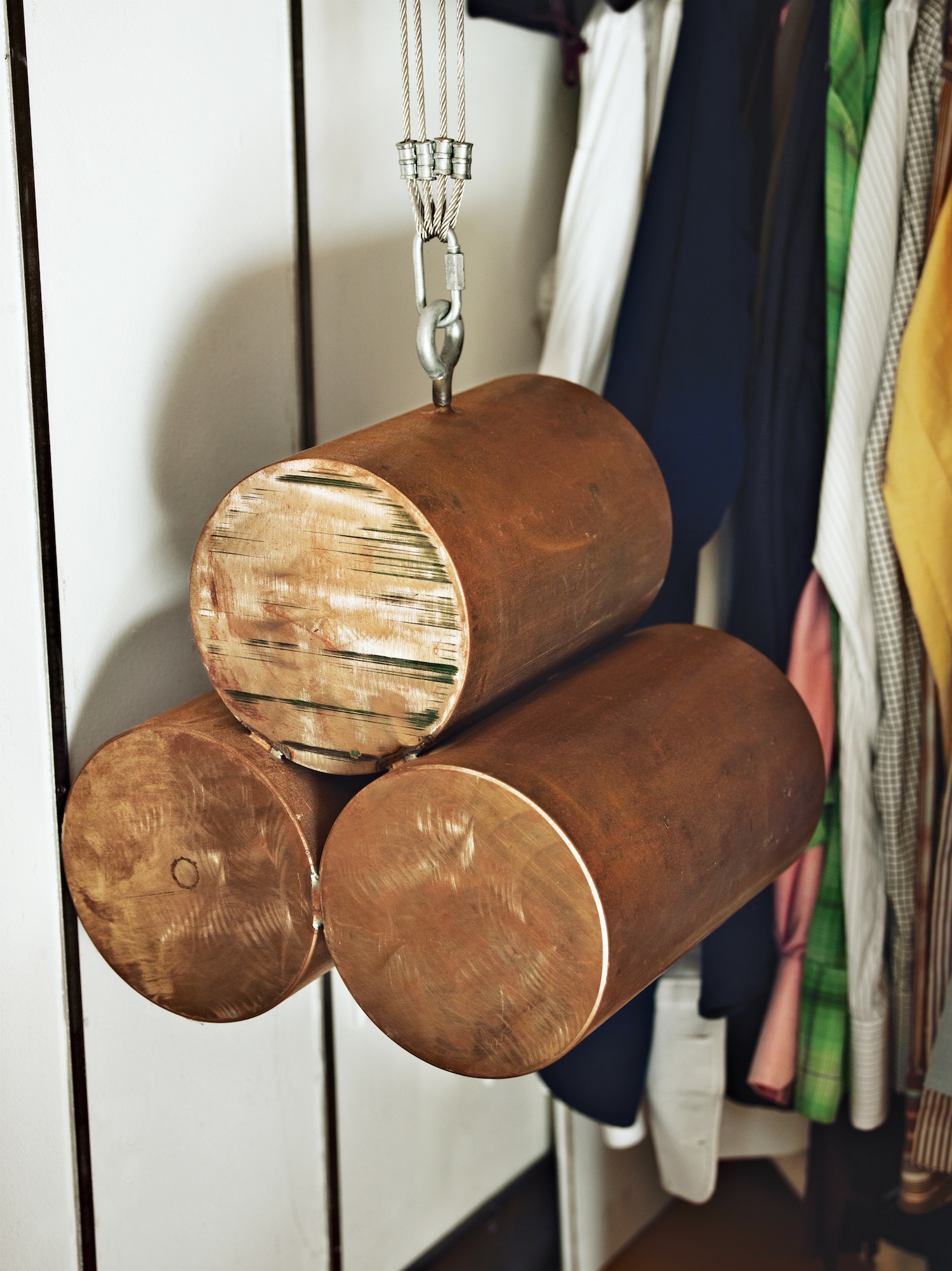 And, keeping with the Japanese theme, there’s a great little courtyard garden with a covered seating area, and with a low table that converts into a fire pit. There’s even a detached spa including a steam room and dry sauna. In Dwell, Kartheiser referred to his home as having a “Japanese industrial” style. 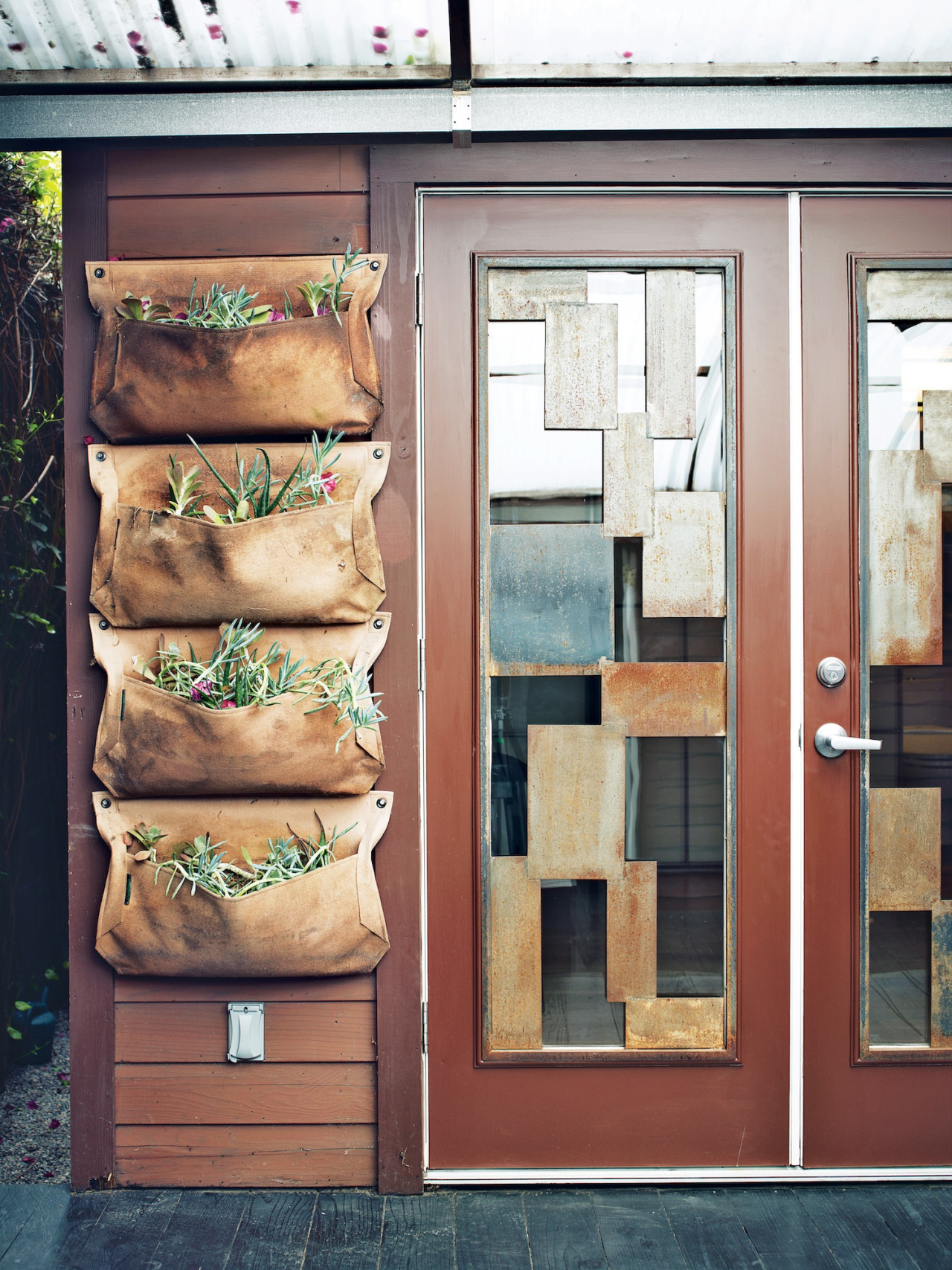 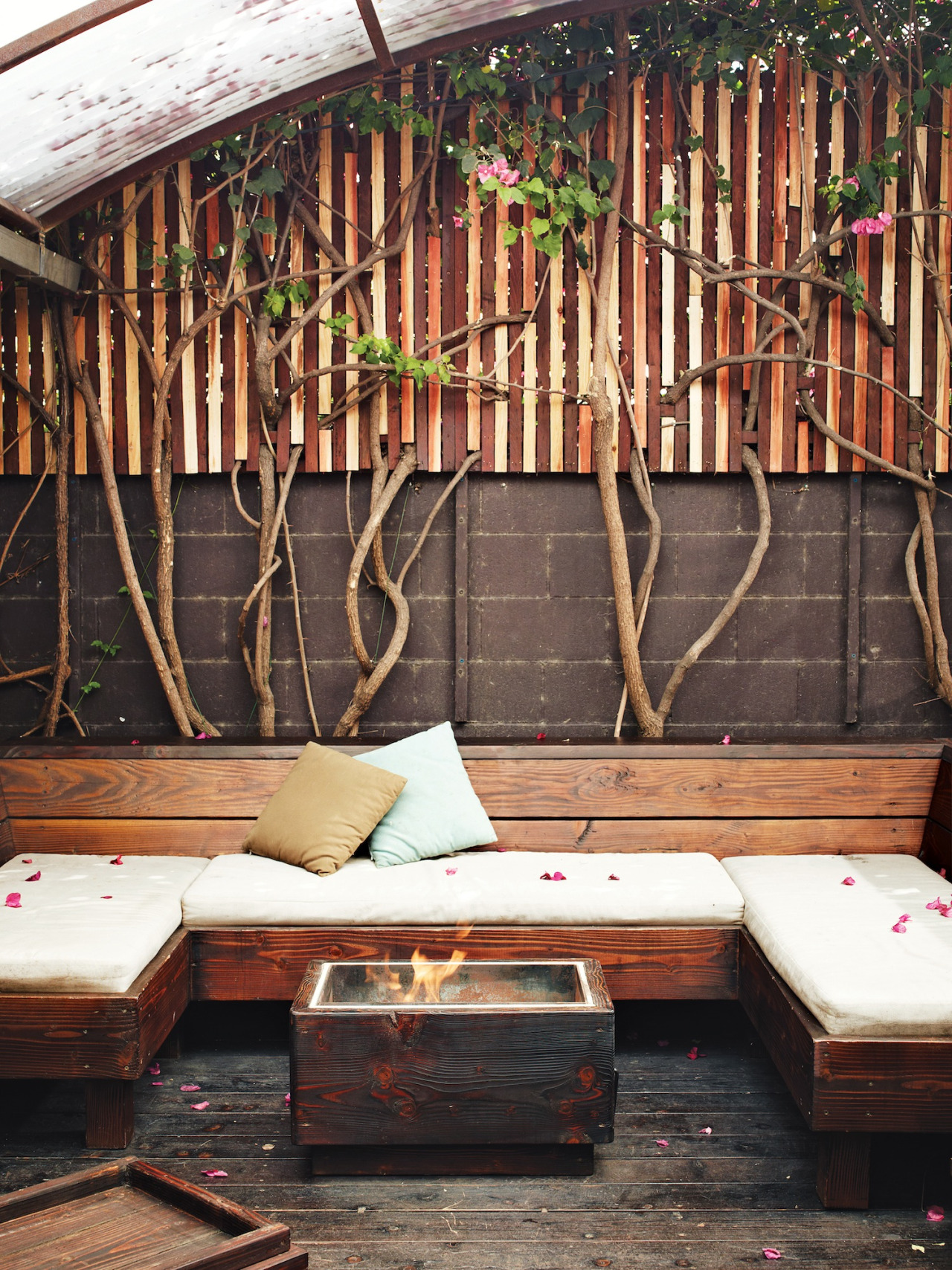 This house was marketed by Rodeo Realty. Photos by Joe Pugliese via Dwell.