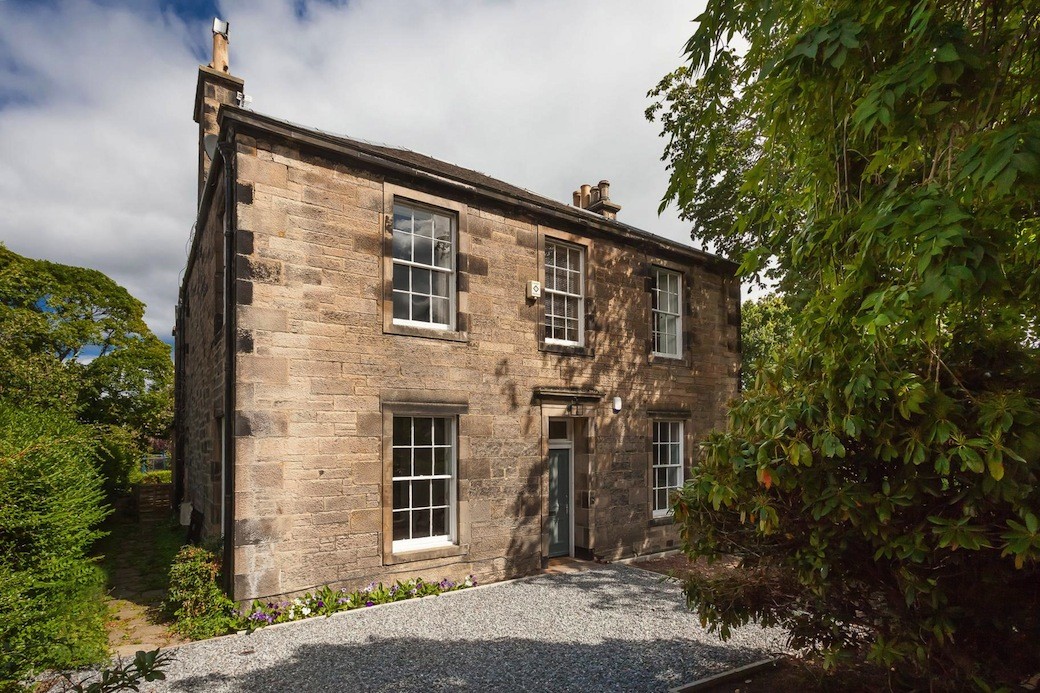 Kirsten Dunlop initially spotted Hawthorn Villa by chance while viewing a neighbouring house. “When I saw this place, I said, ‘I really like that property,’” she recalls. Hawthorn Villa is located off Ferry Road in Edinburgh’s Trinity area, but while Ferry Road is a busy thoroughfare, this property is actually tucked along a private lane, and is set well way back from the road itself.  “When you’re out in the back garden, you really could be in the country, and the rooms at the front of the house look out onto trees,” Kirsten says. “It’s really calm.” 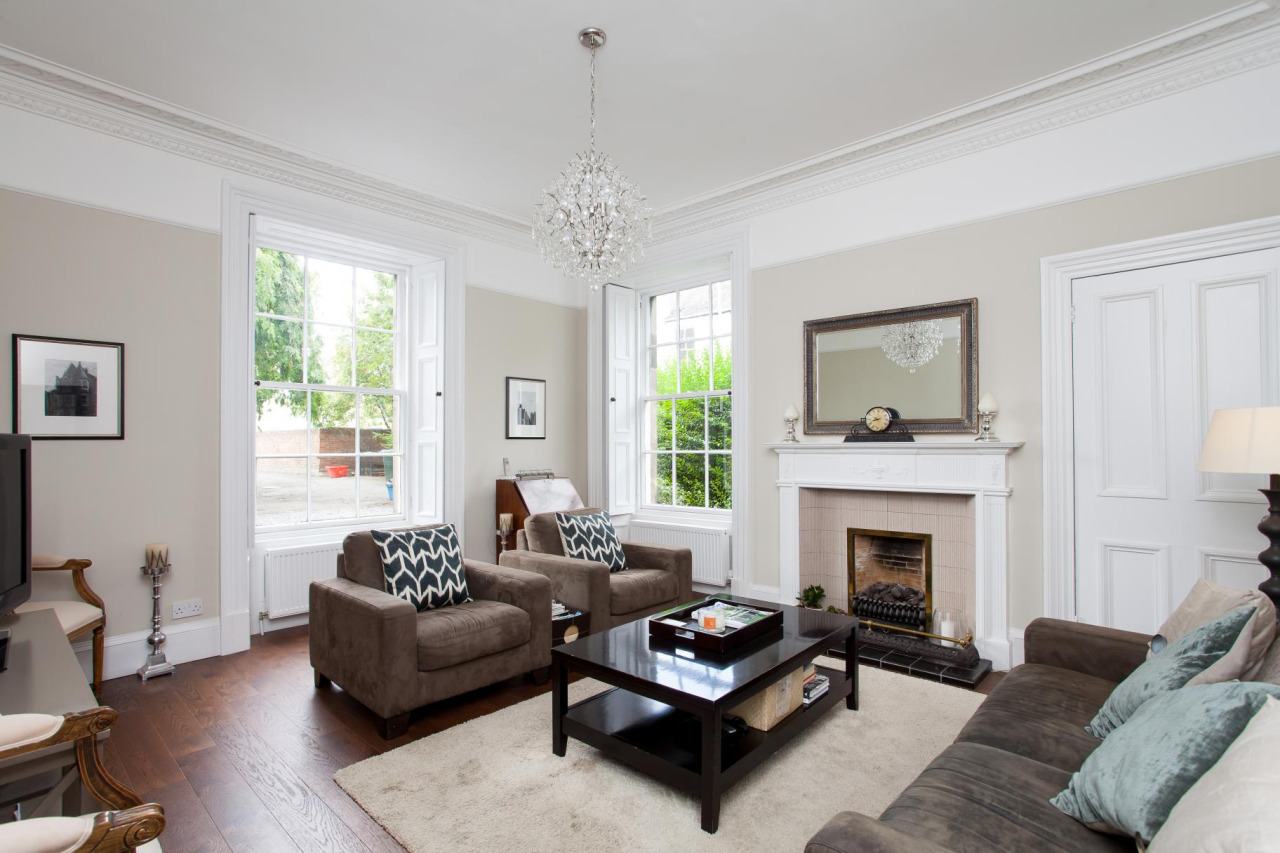 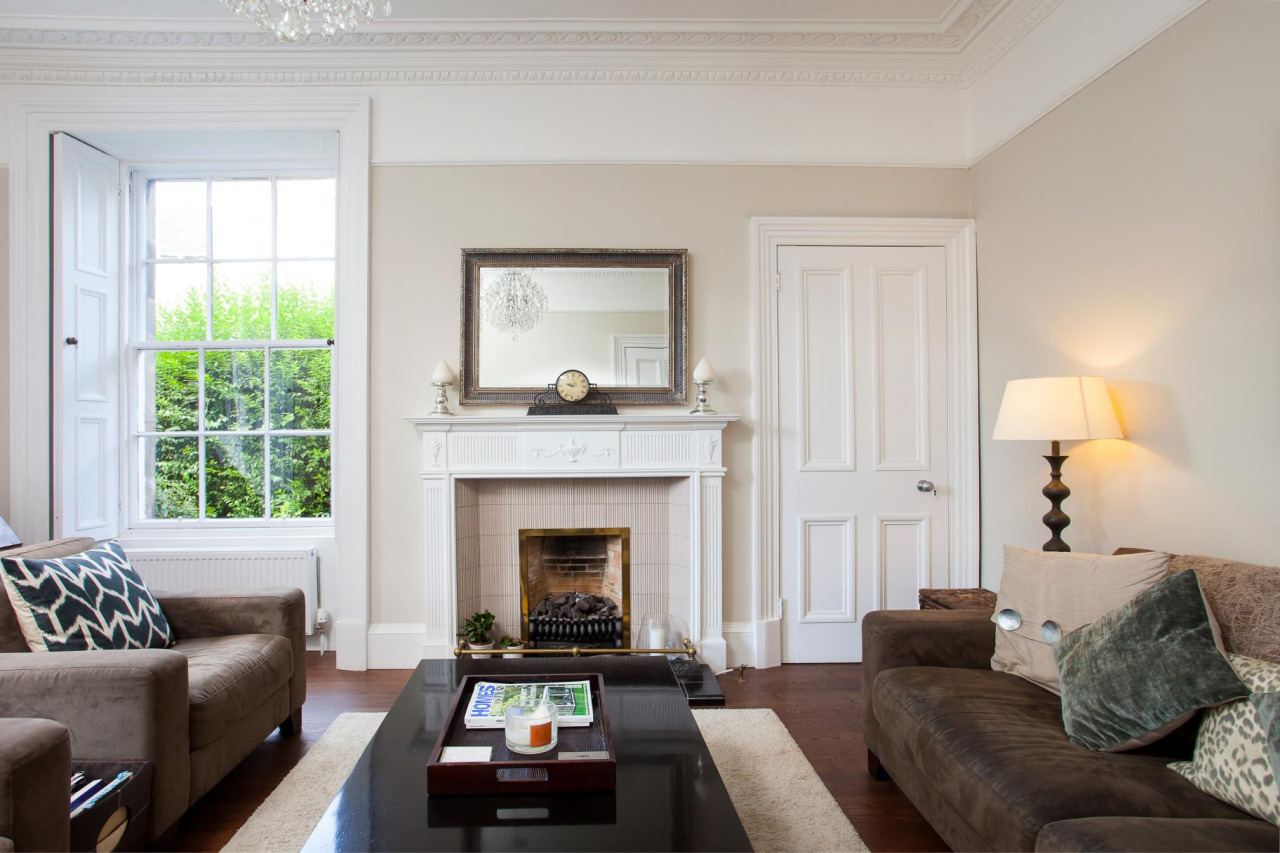 This property forms the lower half of this handsome period villa, and includes the whole of the rear garden. Hawthorn Villa was a project waiting to happen when Kirsten arrived here two years ago with her daughter Cassidy and their dog Milo. “I’ve always done up houses and flats in the past,” says Kirsten, who was born in Scotland but moved to Canada with her parents when she was just four years old. She returned to Edinburgh to study; as she says: “I’ve always felt that this was home.” After graduating, she went back to Canada and worked for both UNICEF and the Calgary Opera, before returning to Edinburgh eight years ago. Her first project was a flat refurbishment in Trinity. “I’d done up a few places in Calgary as well so I knew what I was letting myself in for,” she says. 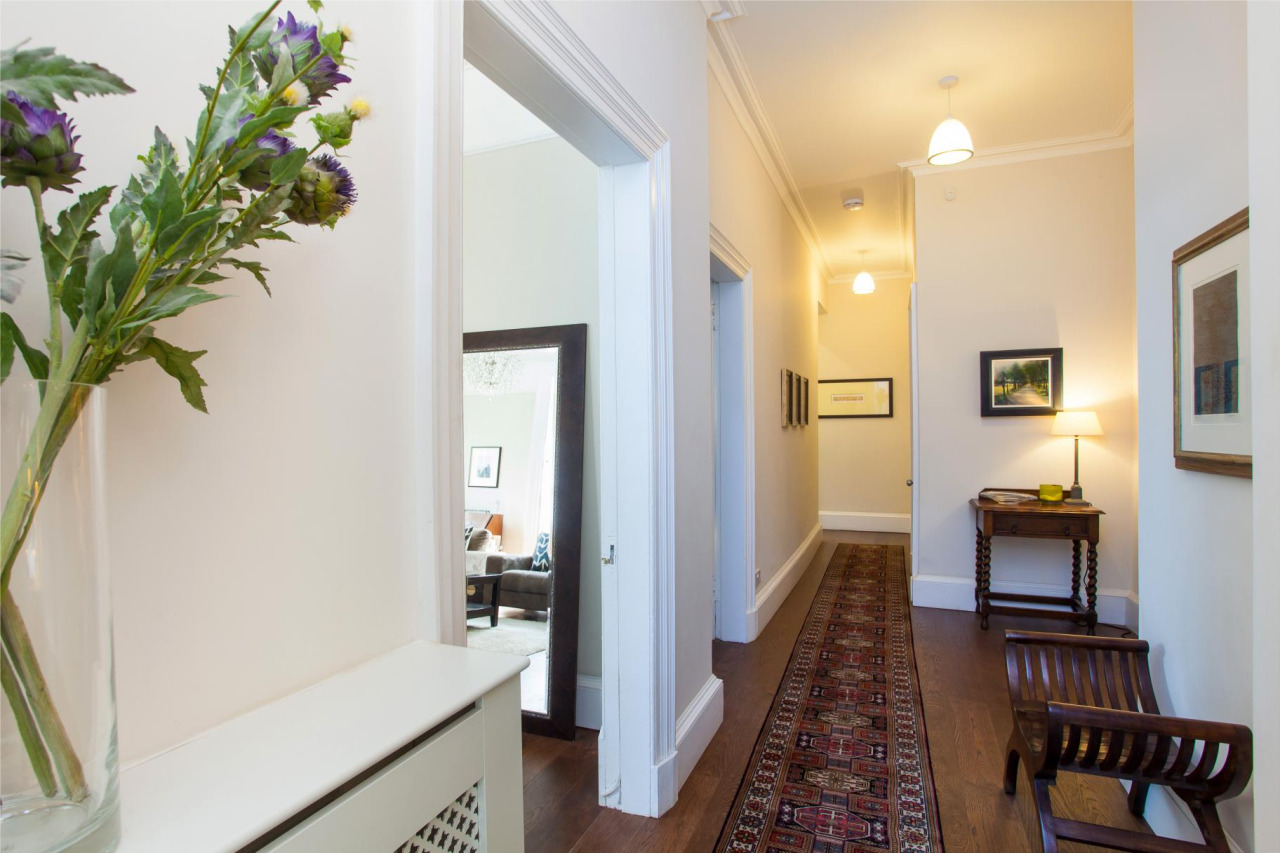 This property was a much bigger project, however. The place was rewired and treated for damp, and deep skirtings and architraves were reinstated throughout. Wide plank oak flooring was laid, and Kirsten chose a walnut stain to add depth to the palette, while the walls are finished in subtle shades from Farrow & Ball. 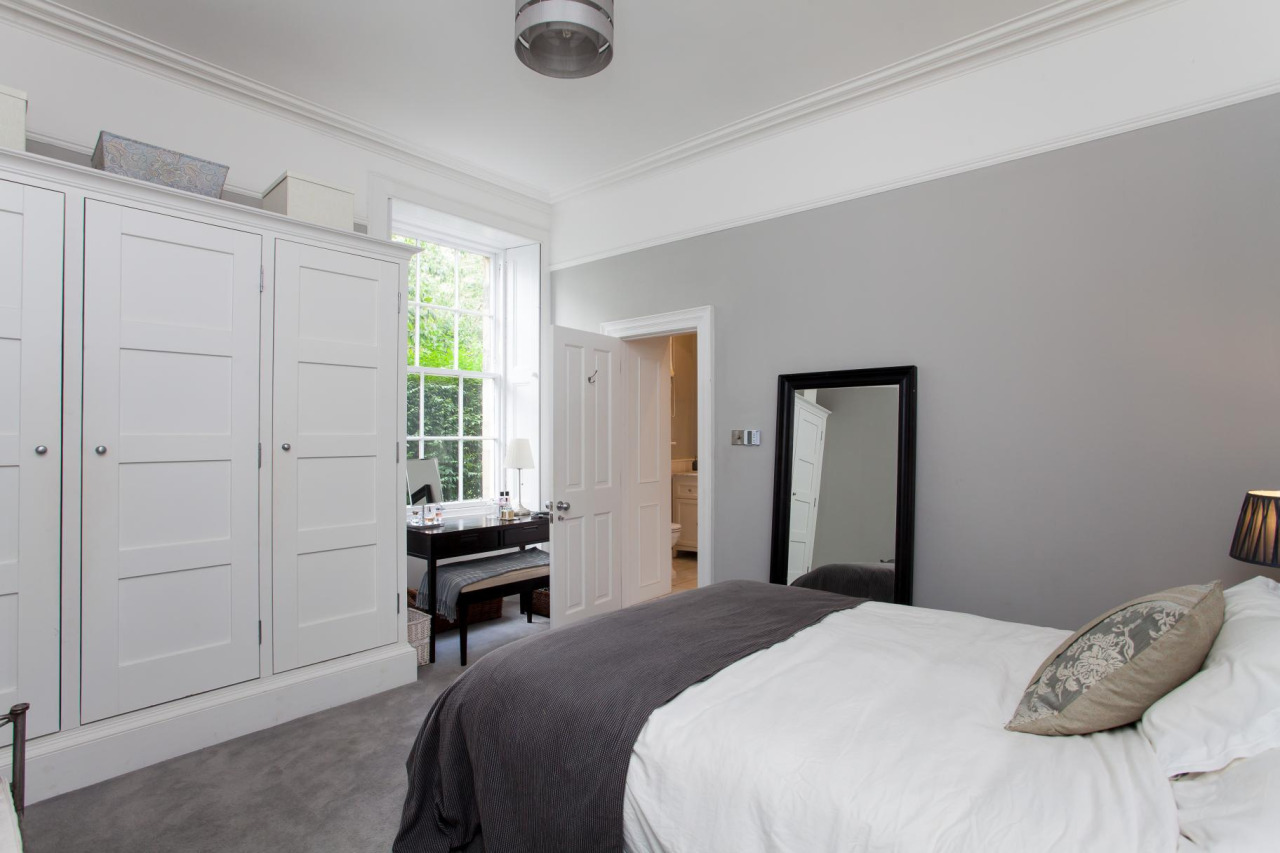 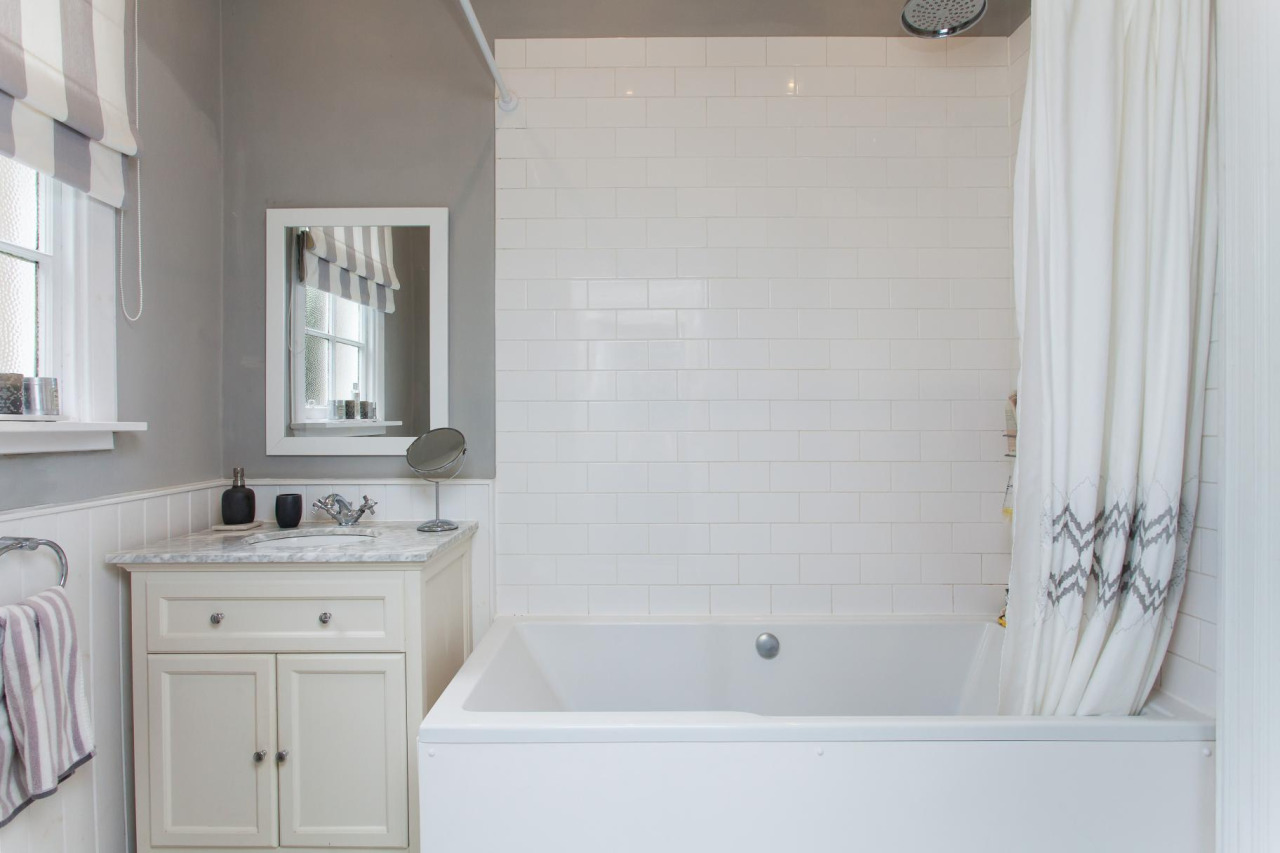 Kirsten also reconsidered the existing floor plan. The front of the flat has a sitting room and a large double bedroom that’s currently used a guest room. Behind this you’ll find the third double bedroom, which is Cassidy’s, and the master bedroom, and it’s from this point onwards that Kirsten started to rework the space. A Jack n’Jill en-suite shower room was created from a tight space between Cassidy’s room and the new utility room at the rear, and Kirsten also designed a Jack n’Jill en-suite for the master bedroom, which also serves as a guest bathroom accessed from the hallway. 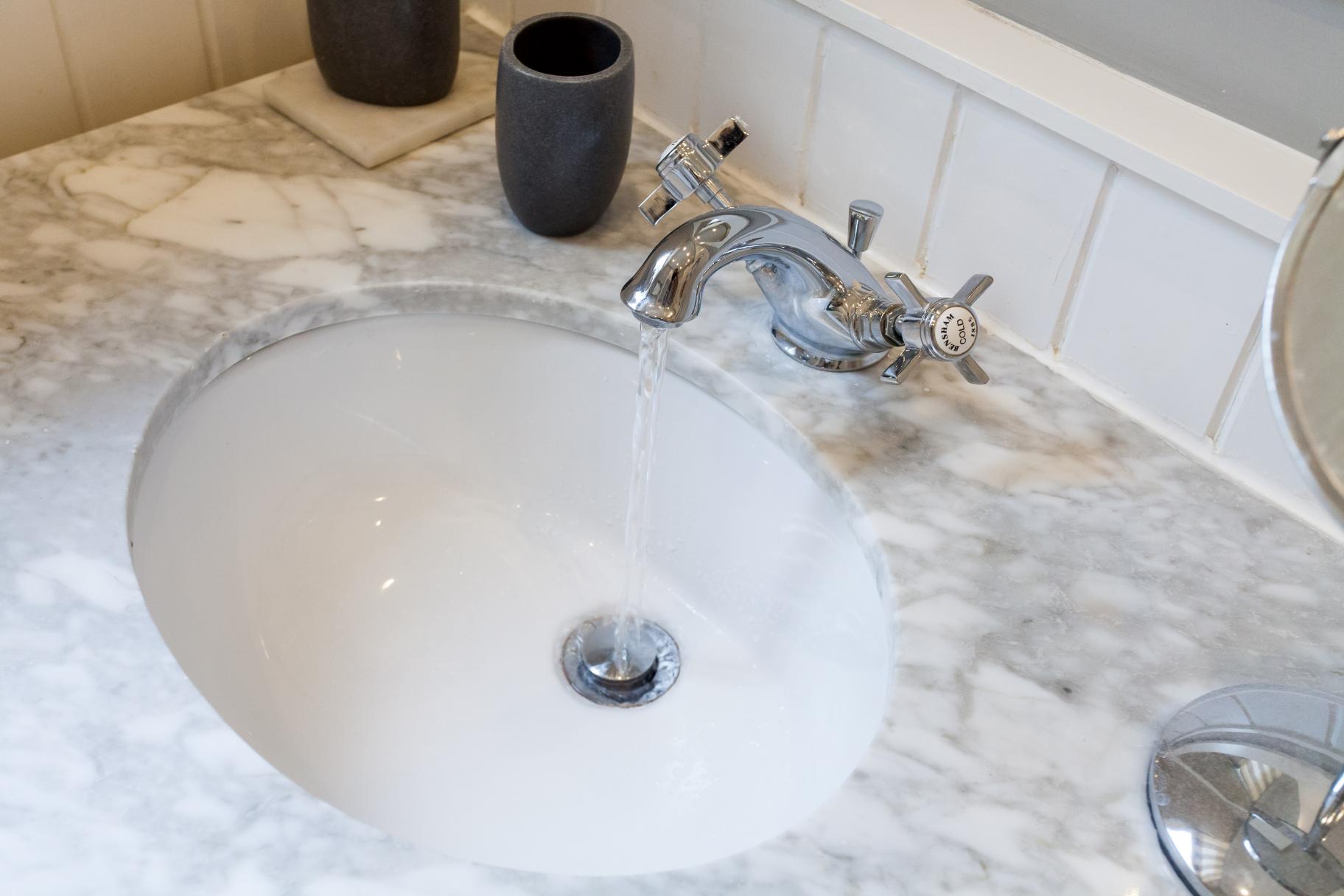 “I like that mix of old and new,” Kirsten says of her approach to the interior. In the en-suite, the floor tiling is Carrara marble, as is the countertop for the vanity unit, and tongue-and-groove panelling clads the walls, while subway tiles are used in the bath and shower area. Kirsten worked throughout the project with Kevin Wallace Joinery, and the quality of the craftsmanship is evident in every detail. 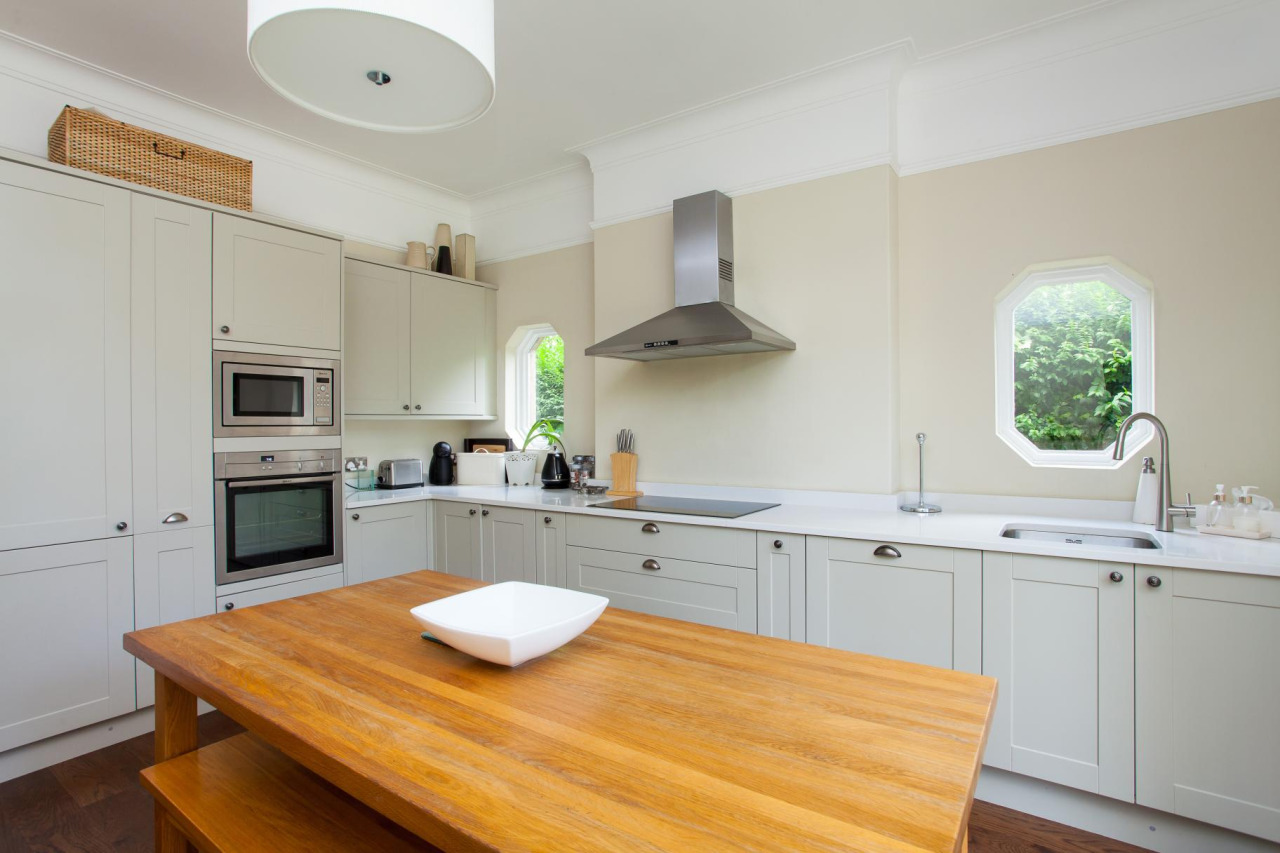 There are two obviously knockout spaces: the dual-aspect sitting room, which is beautifully light and elegant with its combination of period detailing and classic-contemporary furniture, and the dining-kitchen which – as in so many properties these days – is my personal highlight. In the before-version, the kitchen was located in what is now the utility room, but Kirsten redesigned this area to form today’s large dining-kitchen, which is also big enough for a sofa. The 1970s sliding patio doors were replaced by French doors opening onto the garden, and the kitchen combines simple panelled cabinetry with quartz worktops, where the subtle vein running through the latter picks up the gorgeously subtle tone of the cabinets. 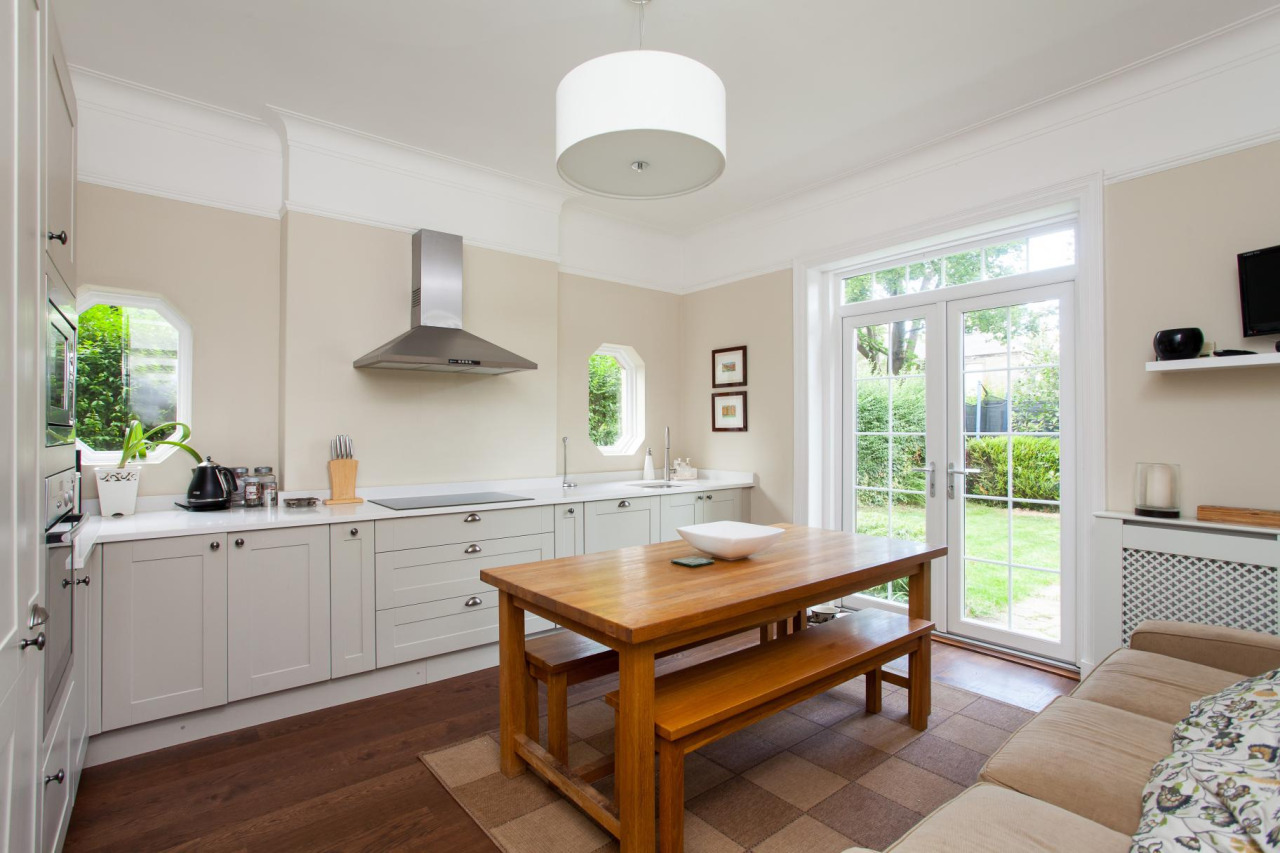 For me, there are a few key things that make a great looking house into a home, and it’s often to do with the subtle details you pick up as you walk round a property. It can be the light or the way a space feels in the flesh; it can be one room that you can imagine feeling really comfortable living in. And Hawthorn Villa has ‘it’. This interior feels serene – and credit has to go to Kirsten here for the colour palette – while the dining-kitchen feels like the natural gravitational point; a great space to while away an afternoon. 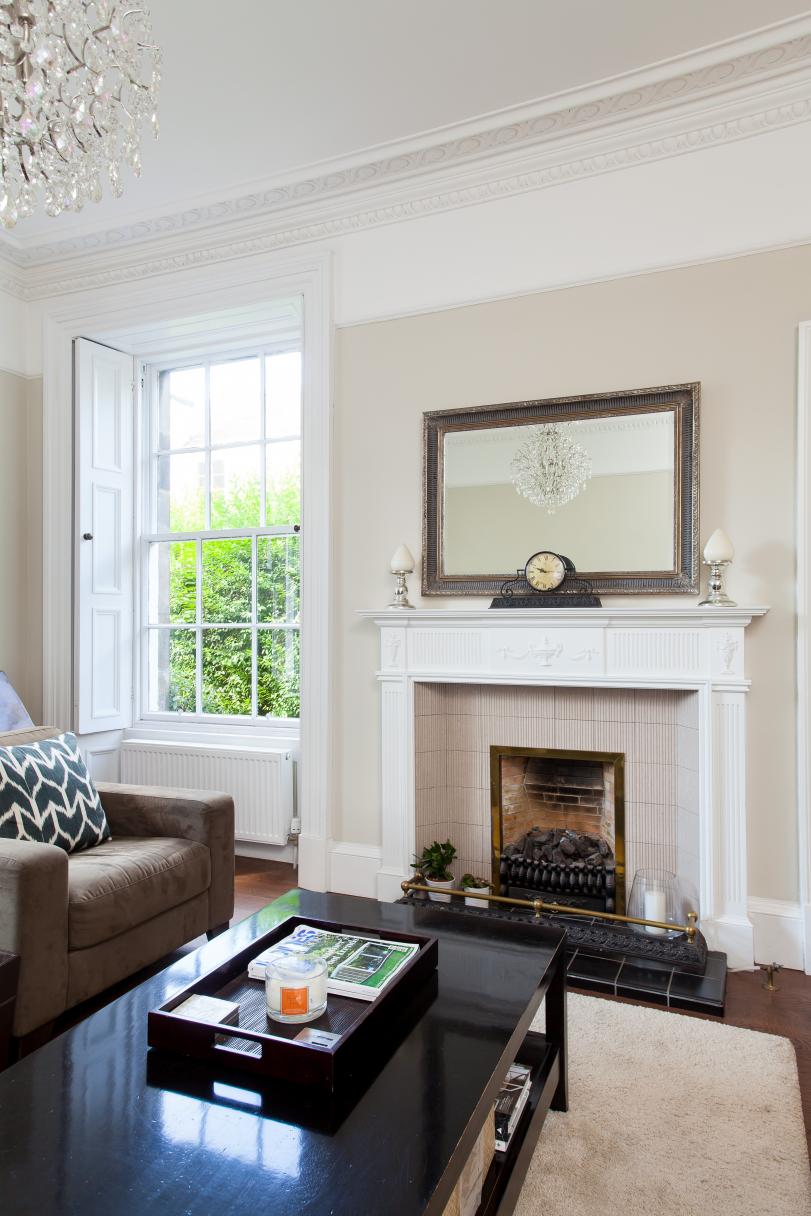 This property has also marked a new direction for Kirsten, who has now launched her own business, Interior Decisions, where she works with a team of tradesmen to tackle refurbishments and redesign projects for clients. Since completing this project, Kirsten has also transformed the neighbouring stable block, which she bought with Hawthorn Villa, to create a smart and super-styled two bedroom house that she now plans to use as a holiday let. 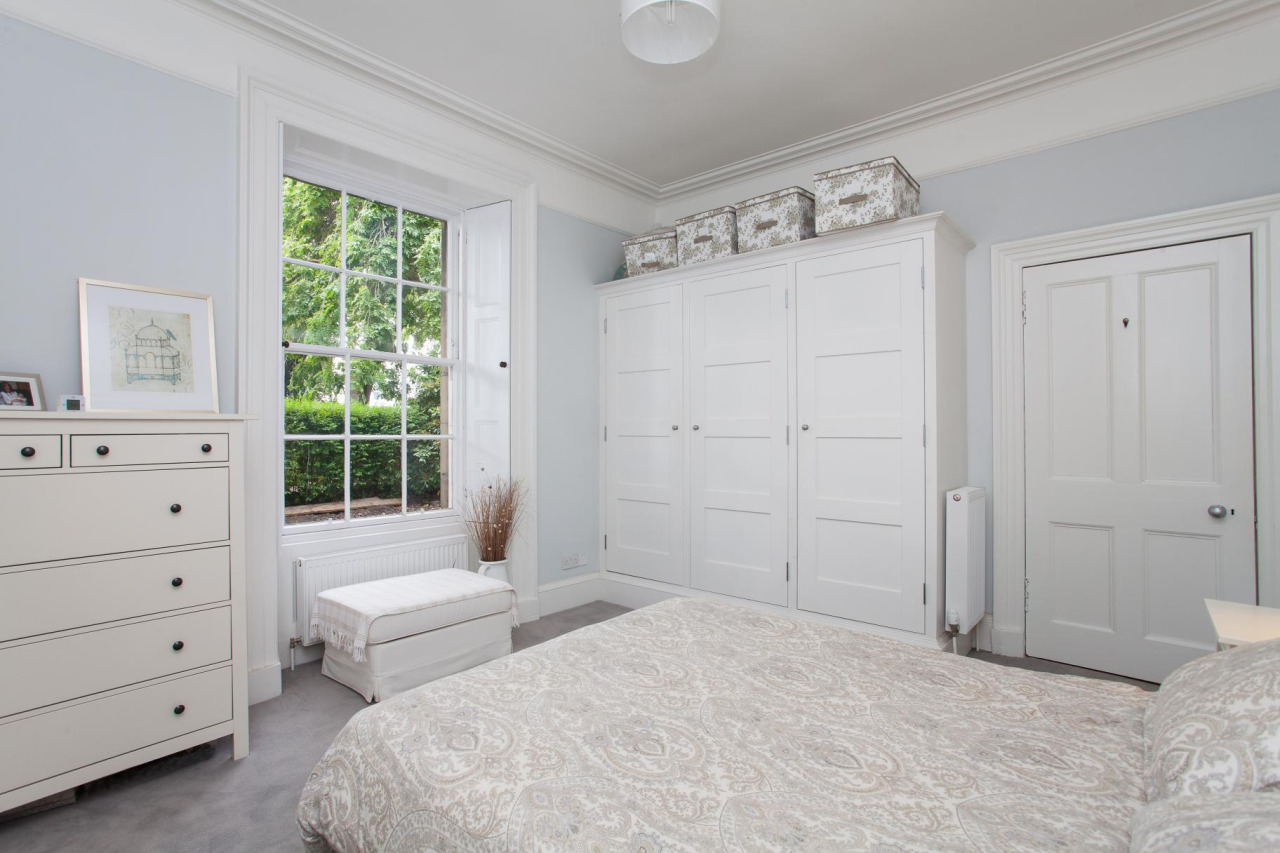 Hawthorn Villa clearly had good bones, but ultimately this property needed someone with vision to transform it into today’s very appealing home. Could I imagine myself living here? In a word: yes.