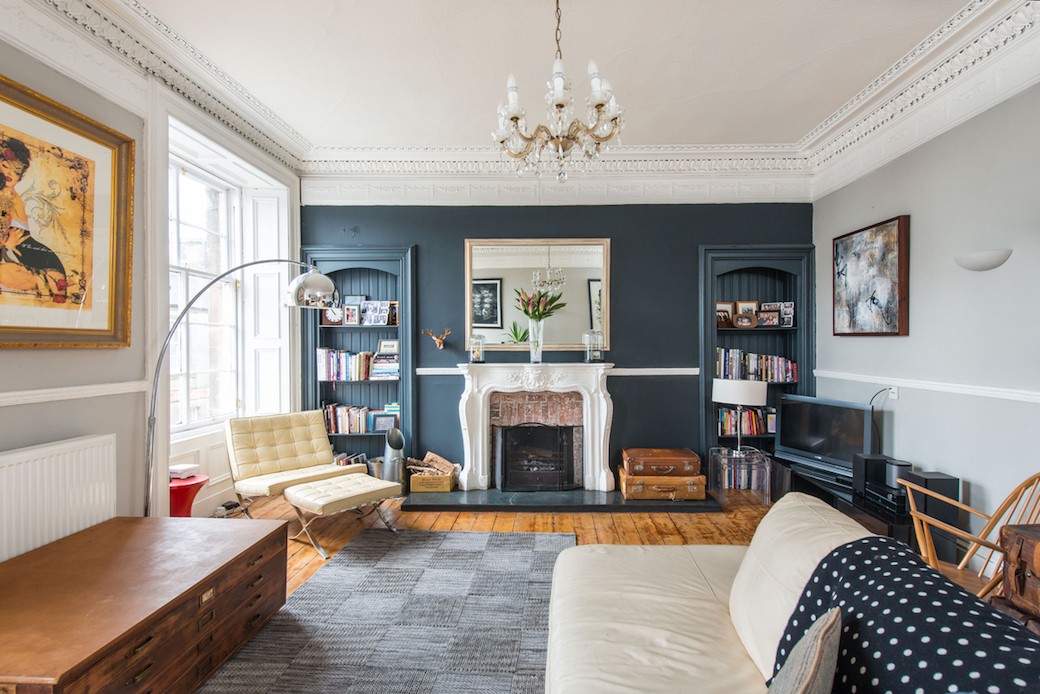 I’m aware that I often write about houses that I could imagine living in, and as I was thinking about this house, Craigdene, I realised that I had to write it again: here is a house that I could definitely imagine as my home. Yes, with some houses, that’s a dream – I’m writing about an incredible property that’s far outside my budget of possibility (short of a lottery win, that is). We all love looking at those dream houses, but it’s also great to discover a property that not only looks interesting, with an interior that’s filled with style and personality, but is also realistic. Achievable.

Which brings me to Craigdene. This former coach house on Main Street in the Fife village of Colinsburgh is on the market with CKD Galbraith at an offers over price of £195,000. You might have noticed that I don’t usually include the price of properties here. I don’t want to houses featured to be defined by how much they cost – and I know if a reader is interested, the price is simply a link-click away – but with Craigdene, it feels right to highlight the fact that this is a great property for the price. With four bedrooms, two reception rooms, a dining-kitchen-family room, and a courtyard to the rear with a terrace… well, there’s a lot of house here. 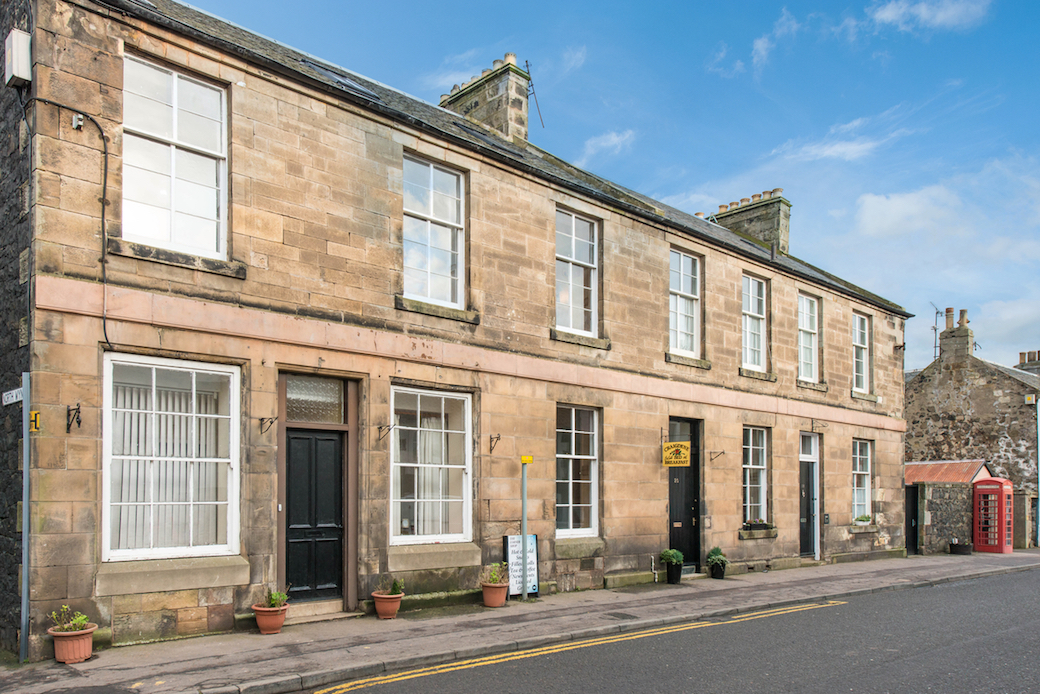 When Eric and Liz Mitchell were property hunting in Fife two years ago, they weren’t looking for a business opportunity. The couple had been living in Edinburgh but after the birth of their first daughter, Sadie, they wanted a family-scaled home with some outdoor space, and their search led them to the East Neuk village of Colinsburgh. Craigdene was a great size for the family to grow into – the couple now have a second daughter, Flora – and the house had the period detailing and proportions they loved.

There was a slight catch, however. The previous owners had been running the house as a bed and breakfast. “We had an interesting choice,” explains Eric, who works for Capability Scotland. “If we wanted to buy the house and move in straight away, we had to keep it running as a B&B to honour the existing commitments, or we could wait until the end of the season and then move in.” 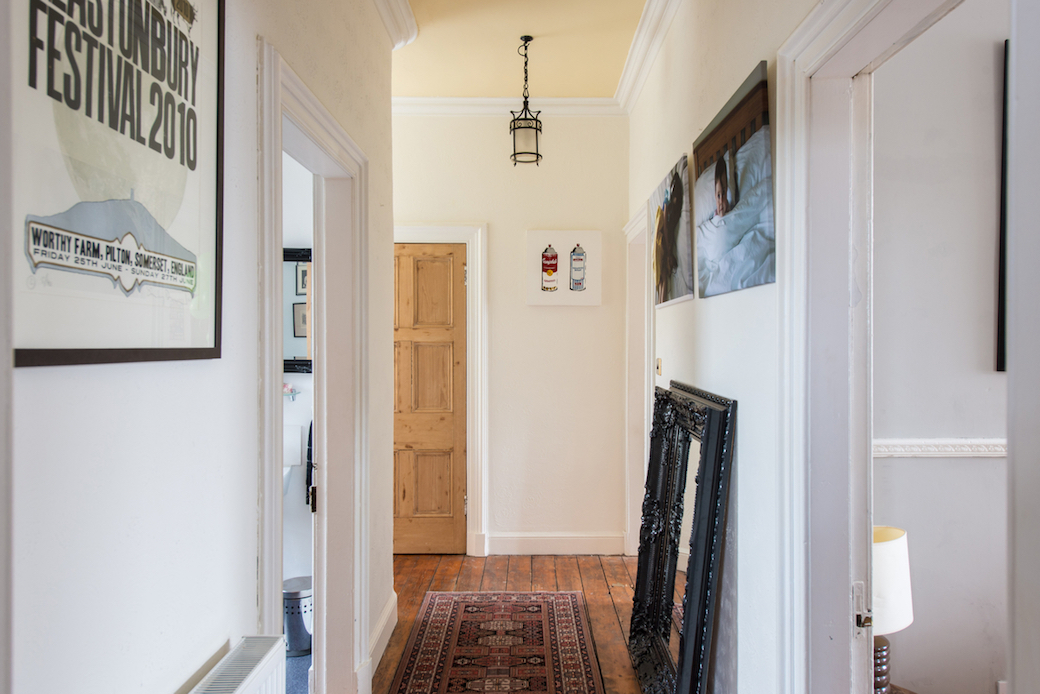 Liz, an educational psychologist, was pregnant with Flora at the time, and the couple were keen to settle into their new home and location as quickly as possible, so they chose the first option: buy, move in, and inherit a B&B. “We arrived on the Tuesday and had our first guests on the Friday,” Eric recalls. “Liz wasn’t working so it meant that she could focus on the B&B while also looking after Sadie, and it was a nice way of meeting interesting people. But on that first Saturday, when we were cooking our first breakfast for six guests, there was an interesting environment within our kitchen!” 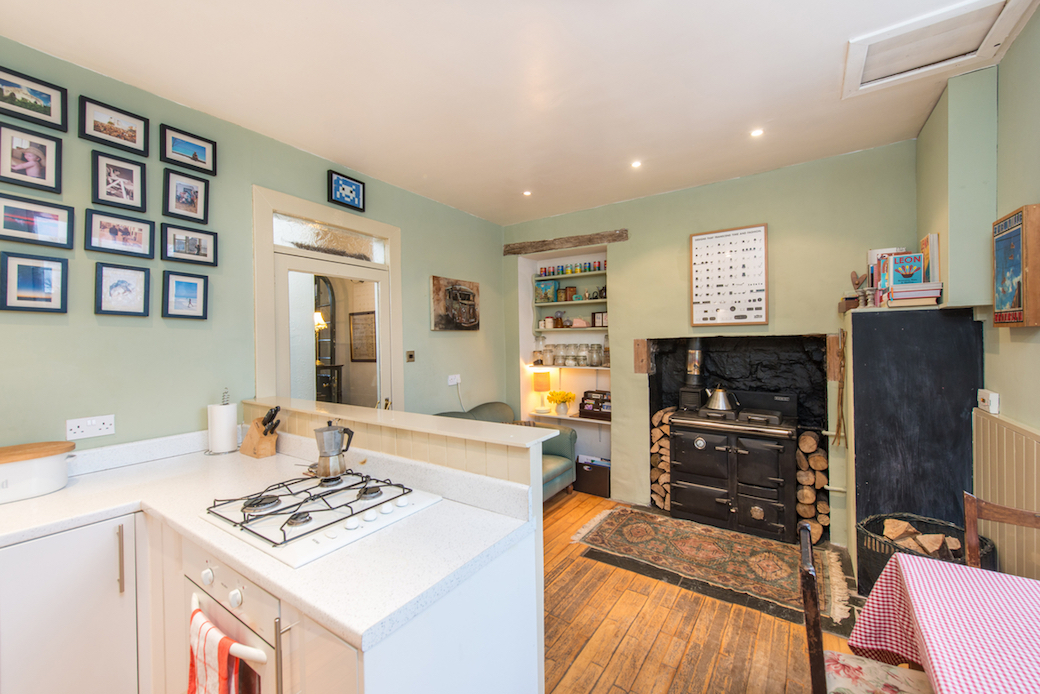 The couple may have throw themselves in at the deep end when arriving at Craigdene, but that first six months of running the house as a B&B also gave them a chance to get a feel for the rooms and for how they eventually wanted to live here. The house is arranged over three floors, with a large converted attic that now forms the master bedroom with en-suite bathroom, and the family lived in this top floor bedroom with their belongings, many still in boxes, while the three bedrooms below were used by guests.

“We did a bit of decorating and moving furniture around in the first few days while we were getting the place ready,” Eric says, “and then as visitors were coming and going we’d change a bit here and there. If we had a quieter week, we’d do some decorating. It was a good opportunity in those first few months to see how things worked together.” 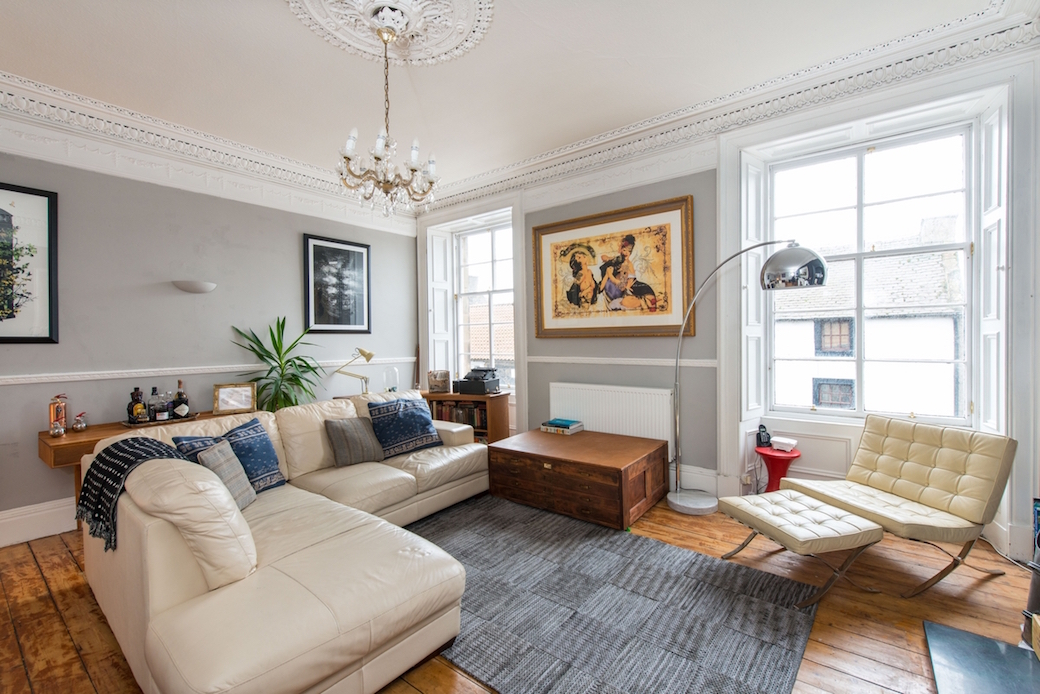 When the final guests checked out at the season’s end in September, Liz and Eric had a few weeks to work out the configuration that would function best before Flora was due to arrive in October. The interior aesthetic has also shifted as the couple altered the colour palette to work with the character of the house, which dates from around 1890. Liz chose shades from Farrow & Ball. In the sitting room, the couple combined dark grey Railings with softer Pavilion Gray on the walls to offset the ornate plaster cornice detailing and dado rail, and to act as a backdrop to the artworks displayed here. 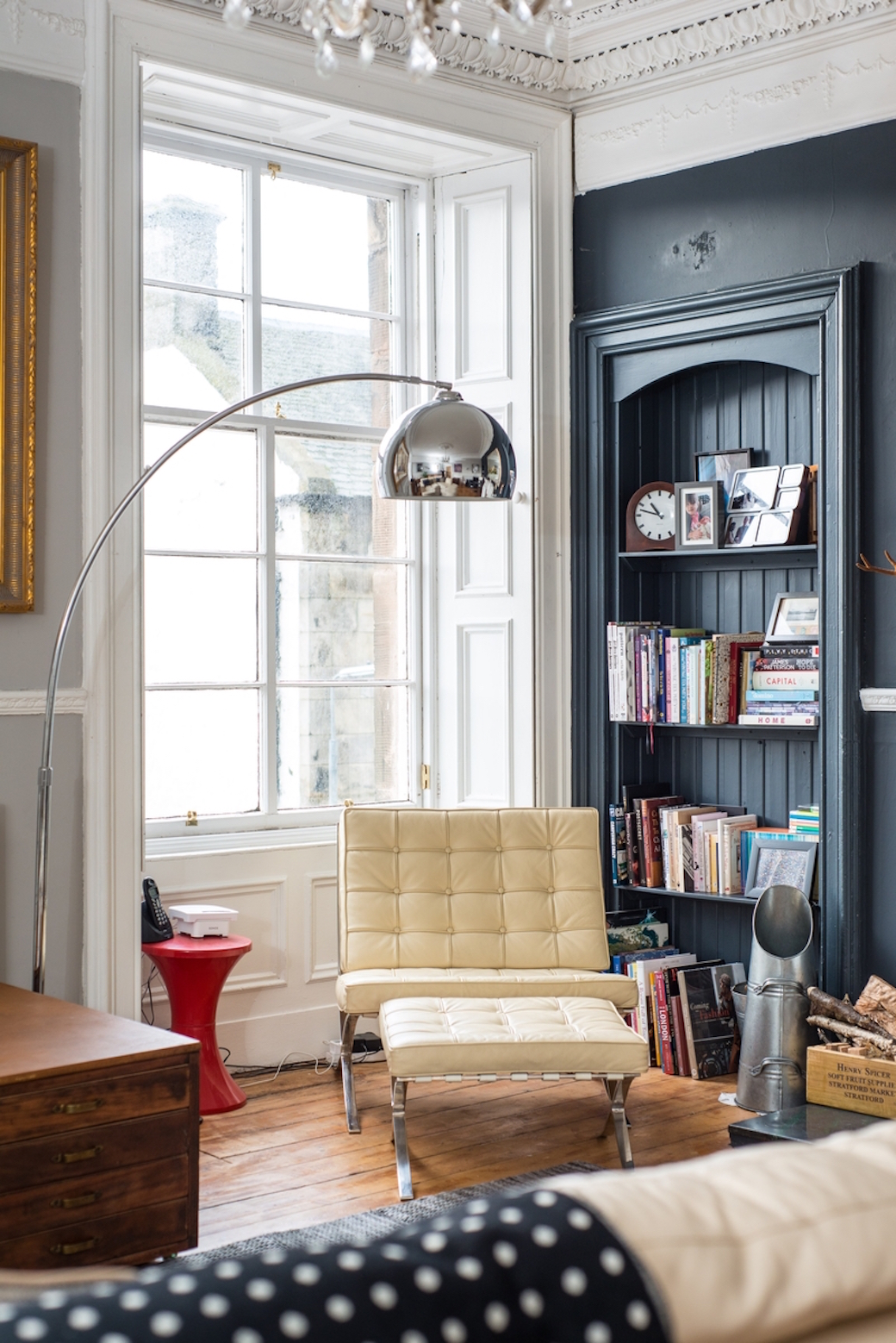 The dining room is now decorated in Hague Blue – a gorgeous rich blue that highlights the fireplace. It’s now Liz’s favourite colour in the house. “Because of the high ceiling height, we could do with quite a dramatic colour here, and again it really works with the artworks,” Eric says. 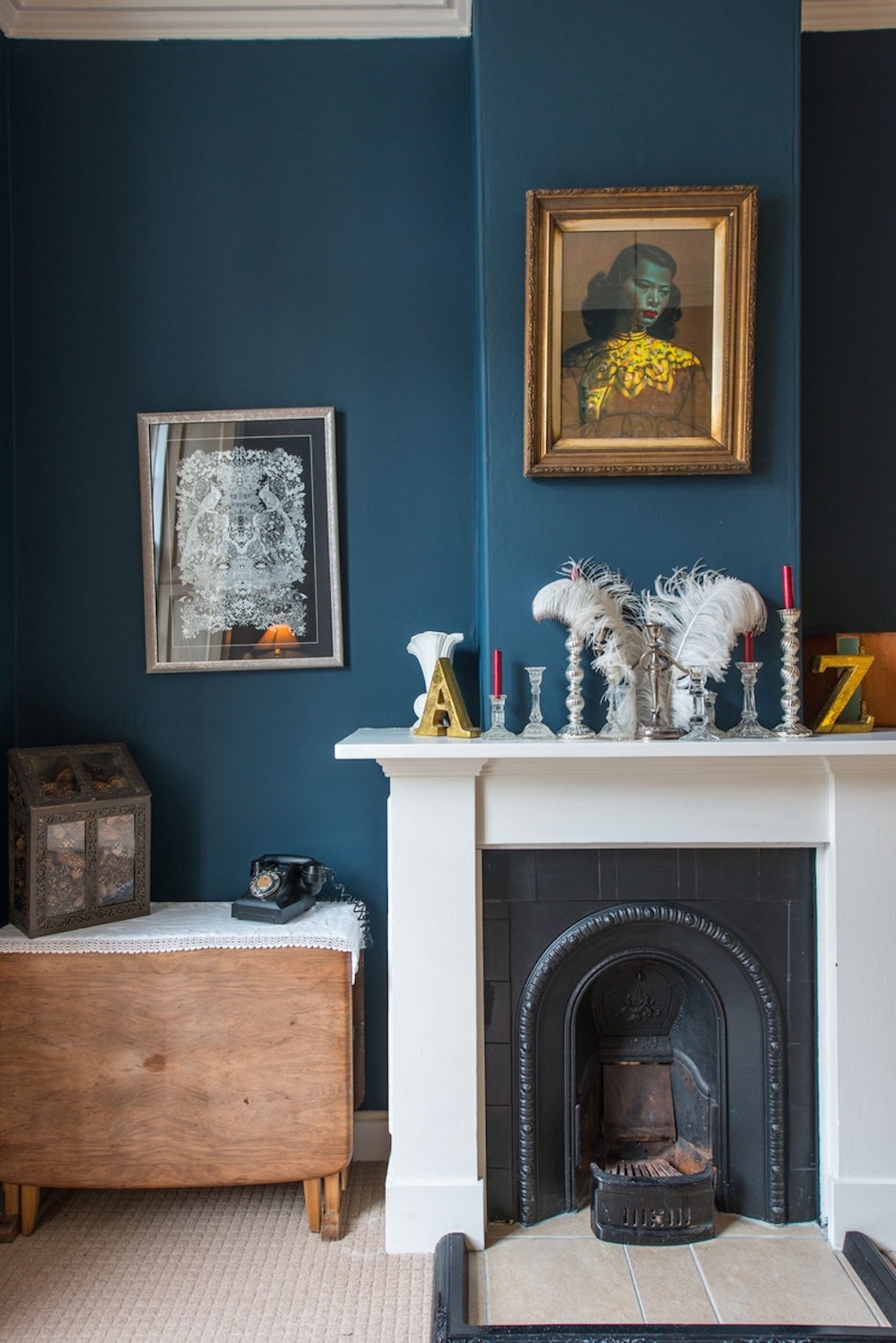 The existing kitchen had felt a bit sterile with white tongue-and-groove panelling and pale blue walls, and the couple transformed this with a pale but warmer palette. They also had the existing Rayburn serviced. “We spend a lot of time together as a family in the kitchen so we wanted this space to feel like a really warm heart of the house,” Eric says. 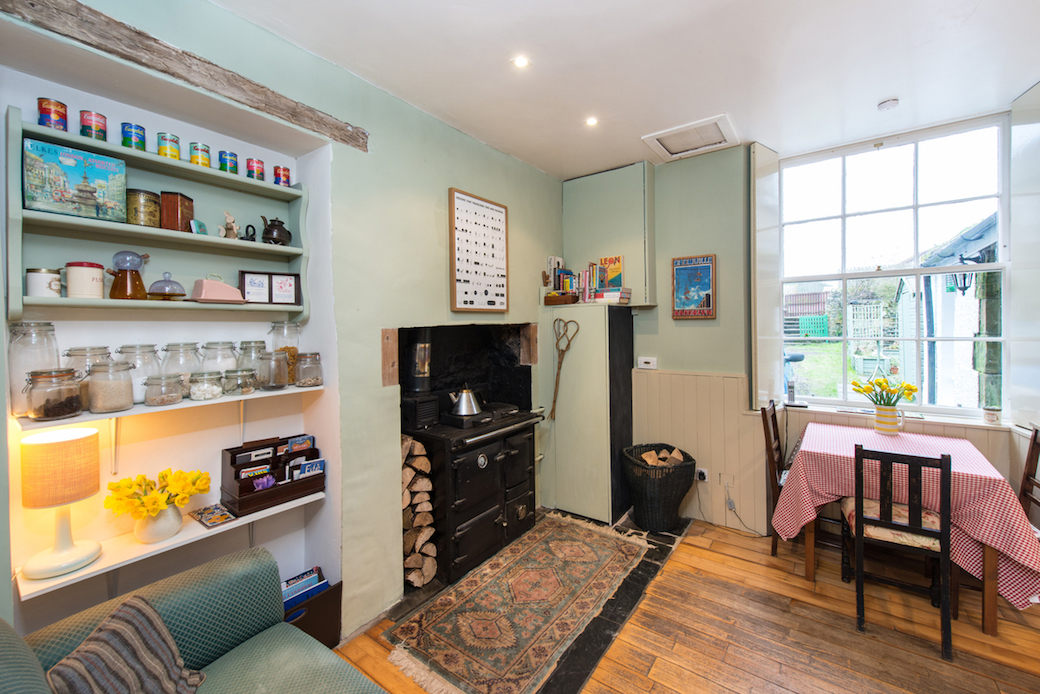 Although the couple had brought some pieces of furniture with them, they had been renting immediately prior to this house and had pared back their previous furnishings. “Having this house gave us the opportunity to delve into local auctions and sometimes find things that we might not have known what to do with, but if it was something we loved then we’d figure out a space for it,” Eric says. 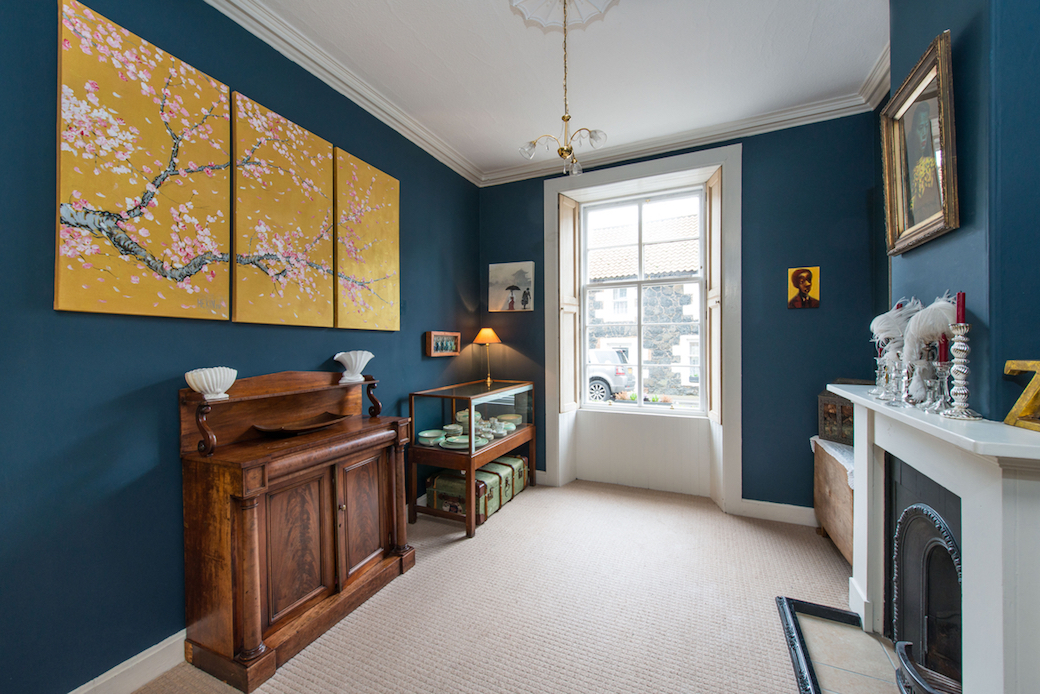 Letting the interior evolve over a period of time also changed the couple’s approach. Having initially intended to replace the fireplace in the sitting room (which isn’t original) with a surround that would be authentic to the period of the building, the couple began the process by removing the tiles and restoring the original brickwork below. With this brickwork on display, contrasting with the detailed surround, the existing fireplace felt right. 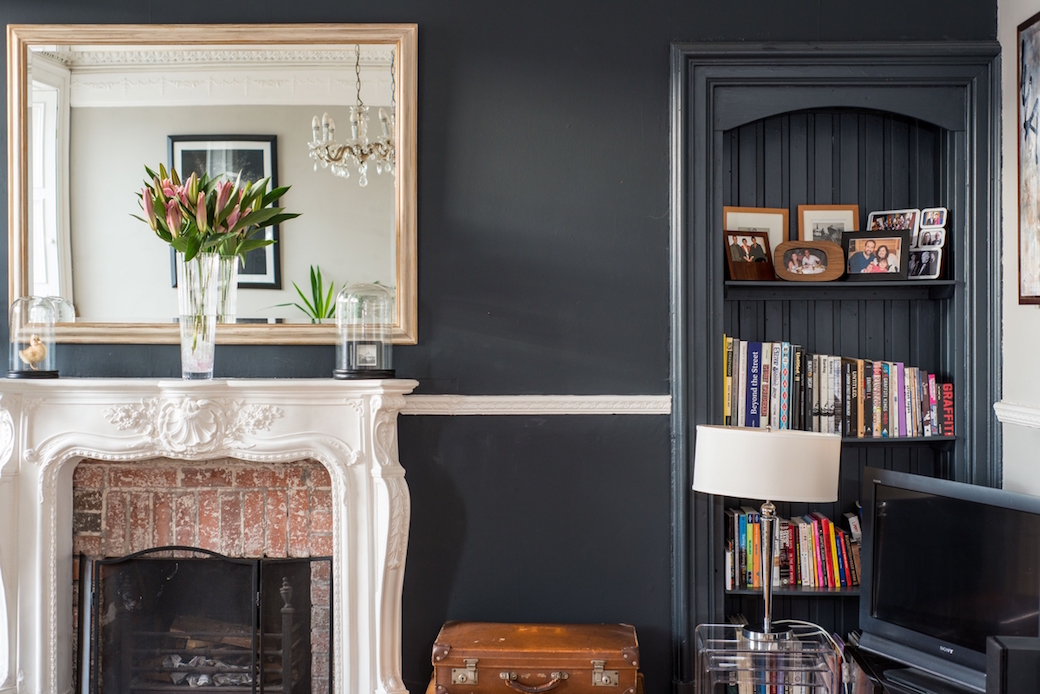 This house has also given the couple enough wall space to extend their collection of artworks, and living in the East Neuk has brought great opportunities to discover and connect with local artists. “When we lived in Edinburgh we used to come to the Pittenweem Arts Festival as we liked being able to meet the artists, and we also liked seeing the different types of houses here,” Eric says. His keen interest in art began nine years ago when Liz bought Eric an art book that left him wanting to learn more. As he says: “The collection grew, mainly around street art and graffiti, but then my taste moved on to more modern pieces, from prints to paintings, and then to working with artists on commissions. Here, I’ve mixed this modern art with some old classic pieces.”

Today’s eclectic collection of artworks reflects the mix of styles and periods that extends throughout this interior. As Eric says: “We wanted to get that juxtaposition between the style of the house and the furniture and artworks.” 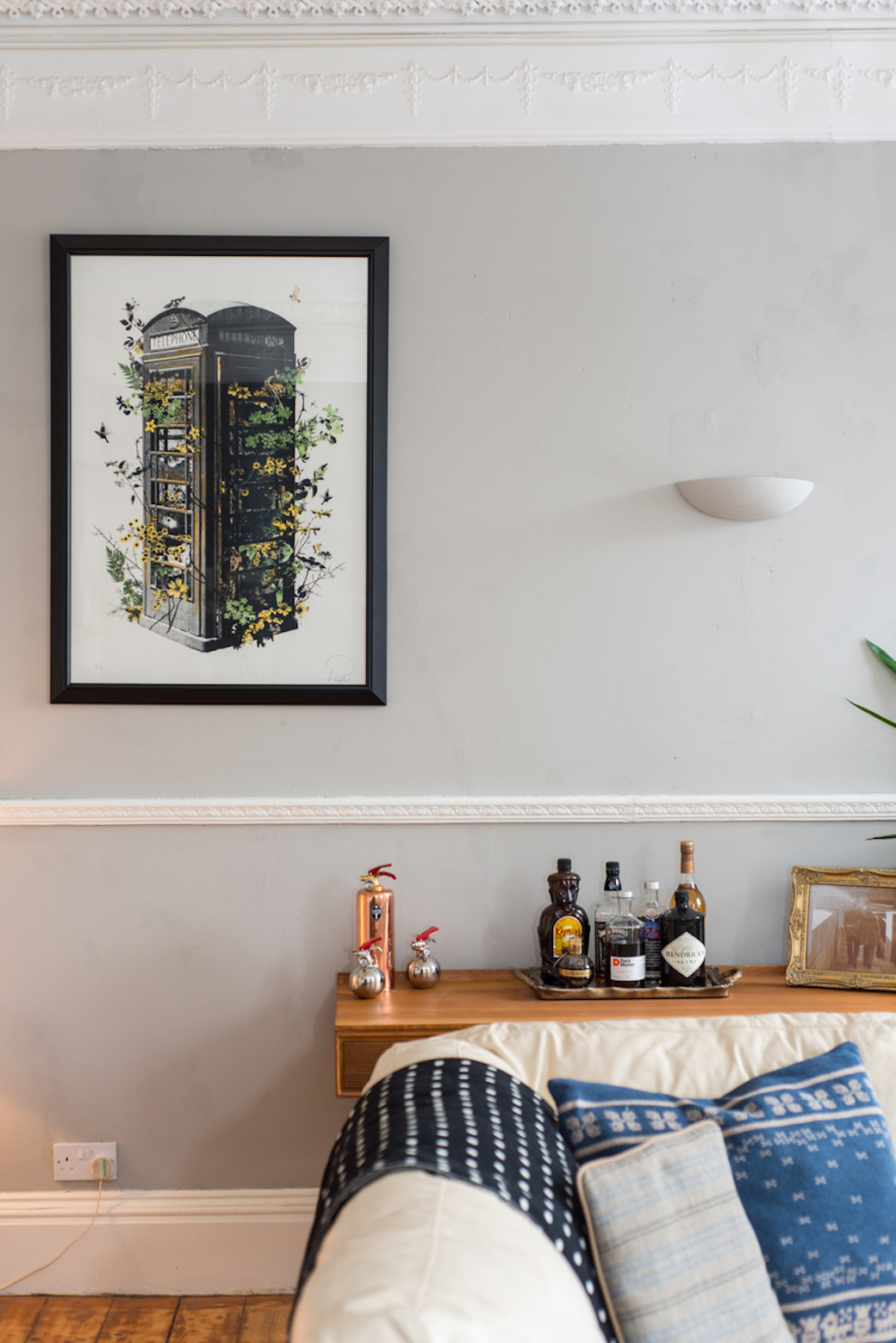 Now, as the family prepare to move, Eric acknowledges that he and Liz will miss the sense of history of this house, and also the location and the community they have experienced living in Colinsburgh. “We have a community cinema that’s organised by a local resident, where you can go and watch a film and have a meal together, and the little library is a core part of the village,” Eric says. “And we’re five minutes drive from the beach at Elie and have the woods at our back door. I love driving home from work on a Friday night knowing I’m going to come in and close the shutters in the sitting room and light the fire.

“And Liz loves the loft space. It was used for storage for so long while we sorted the rest of the house, but once we’d settled in this space became a nice quiet haven. You can see all the way across the Forth to the Bass Rock from the Velux windows at the front, and out to the Balcarres Estate at the back.” 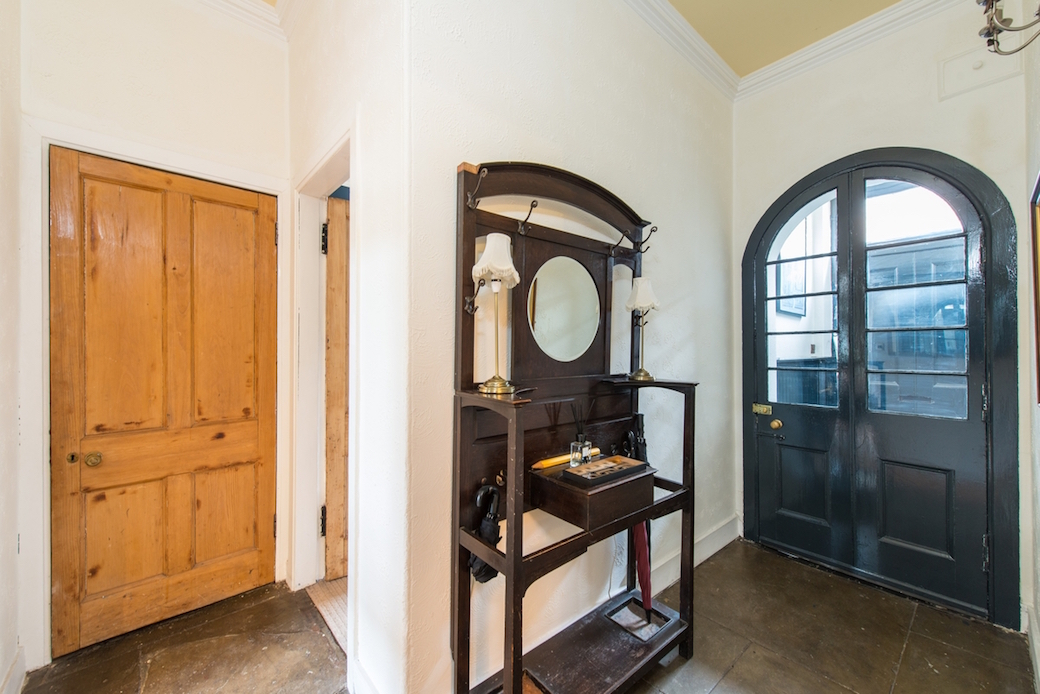 The Mitchells may have jumped in at the deep end when buying Craigdene and taking on a new business, but the end result was well worth that leap of faith.

Craigdene is on the market with CKD Galbraith.