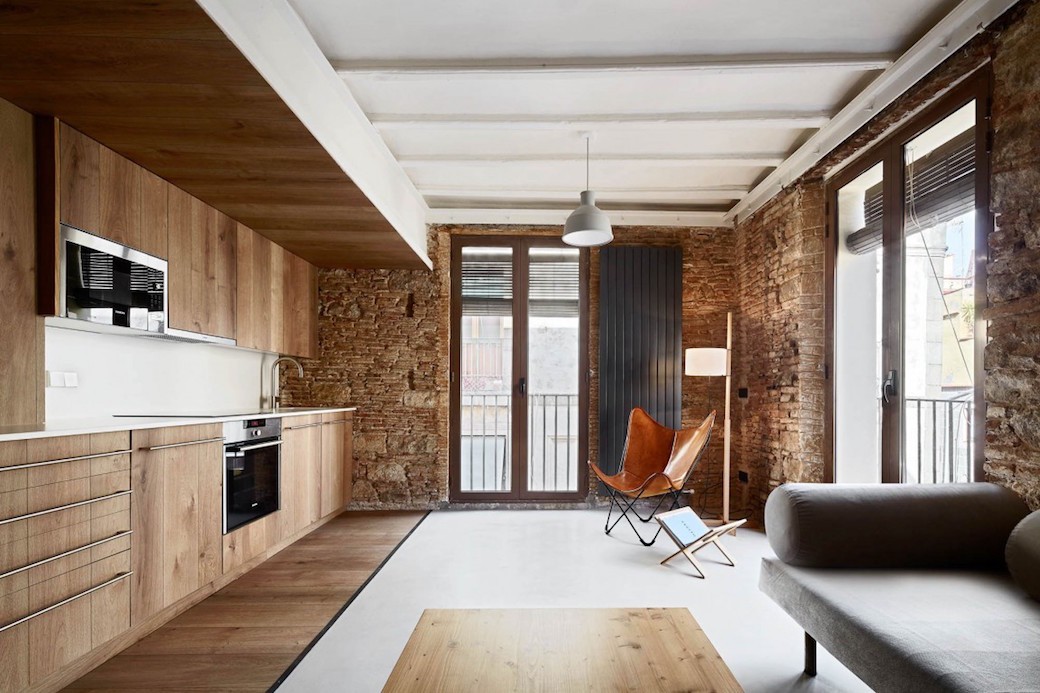 I’ve written about some striking apartments in Barcelona – Carrer Avinyó designed by David Kohn Architects is one of my favourites for its dramatic use of volume and sense of craftsmanship, not to mention those incredible floor tiles. And while this project by Mesura is very different to Carrer Avinyó in terms of aesthetics – where the latter was dramatic, this project is quiet and understated – they are linked by the beautiful use of materials. 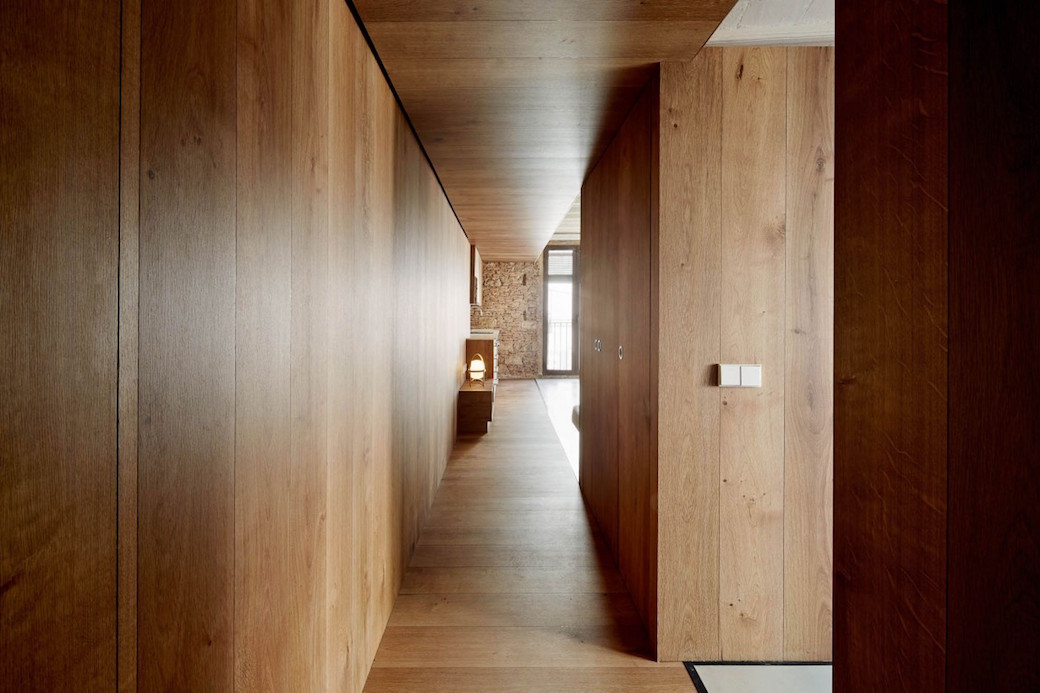 The four holiday apartments redesigned by Mesura are located within a 19th century building in the Old Town of Barcelona, just five minutes walk from the Basilica Santa Maria del Mar and the Parc de la Ciutadella. Completed last year, each apartment was redesigned to have its own identity while responding to the character of this historic building. 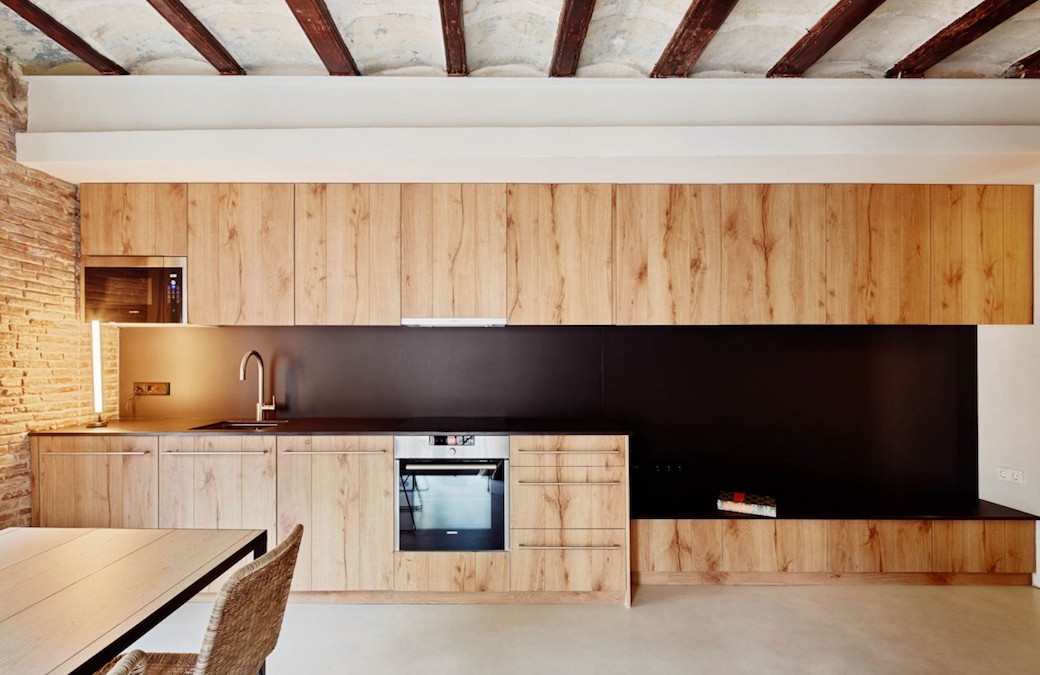 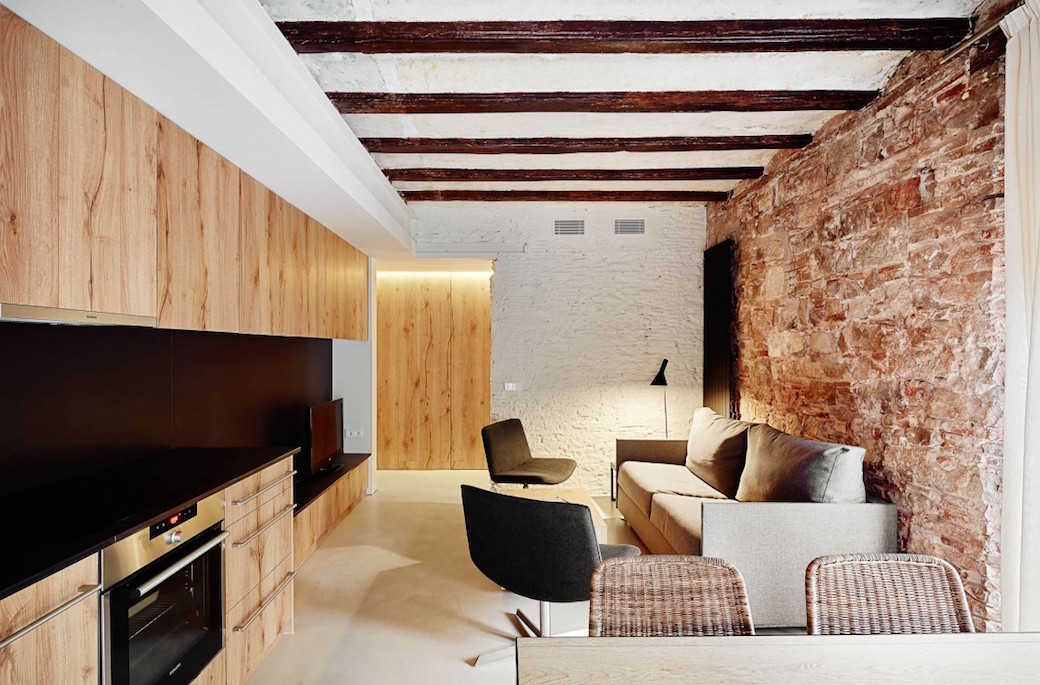 The original exposed stone and brick walls have been complemented by an extensive use of timber, creating tactile and visually warm interiors. The new additions appear crisp and minimal as a contrast to the more rugged walls and beamed ceilings, as if the new timber elements have been slotted inside this old stone shell. Smooth floor finishes act as a contrast and also reflect light, while the natural palette is punctuated by black and white – the use of black in the open plan kitchen, dining and living space above is particularly striking against the mellow timber and whitewashed brick. 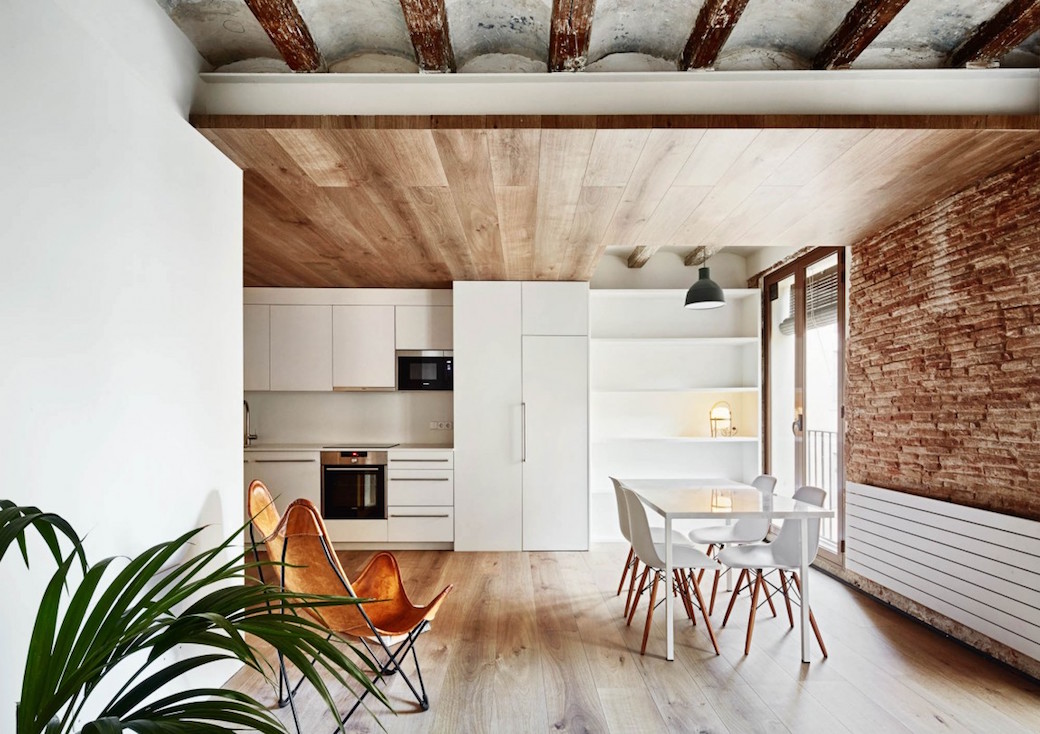 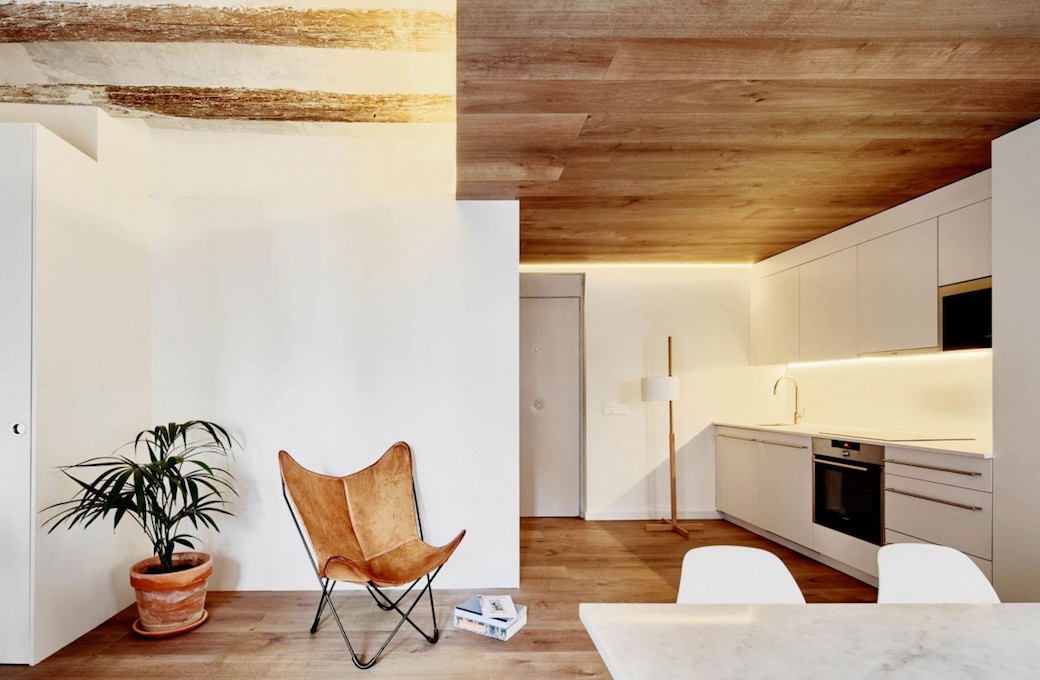 I particularly like how the wide-plank timber has also been used as a ceiling finish in the apartment above. It feels cabin-like, but the white walls and kitchen and the furniture keep the mood light and airy. Each of the four apartments here would have quite a different feel. And with so much to explore in the city, these spaces would feel like a sanctuary at the end of each day. 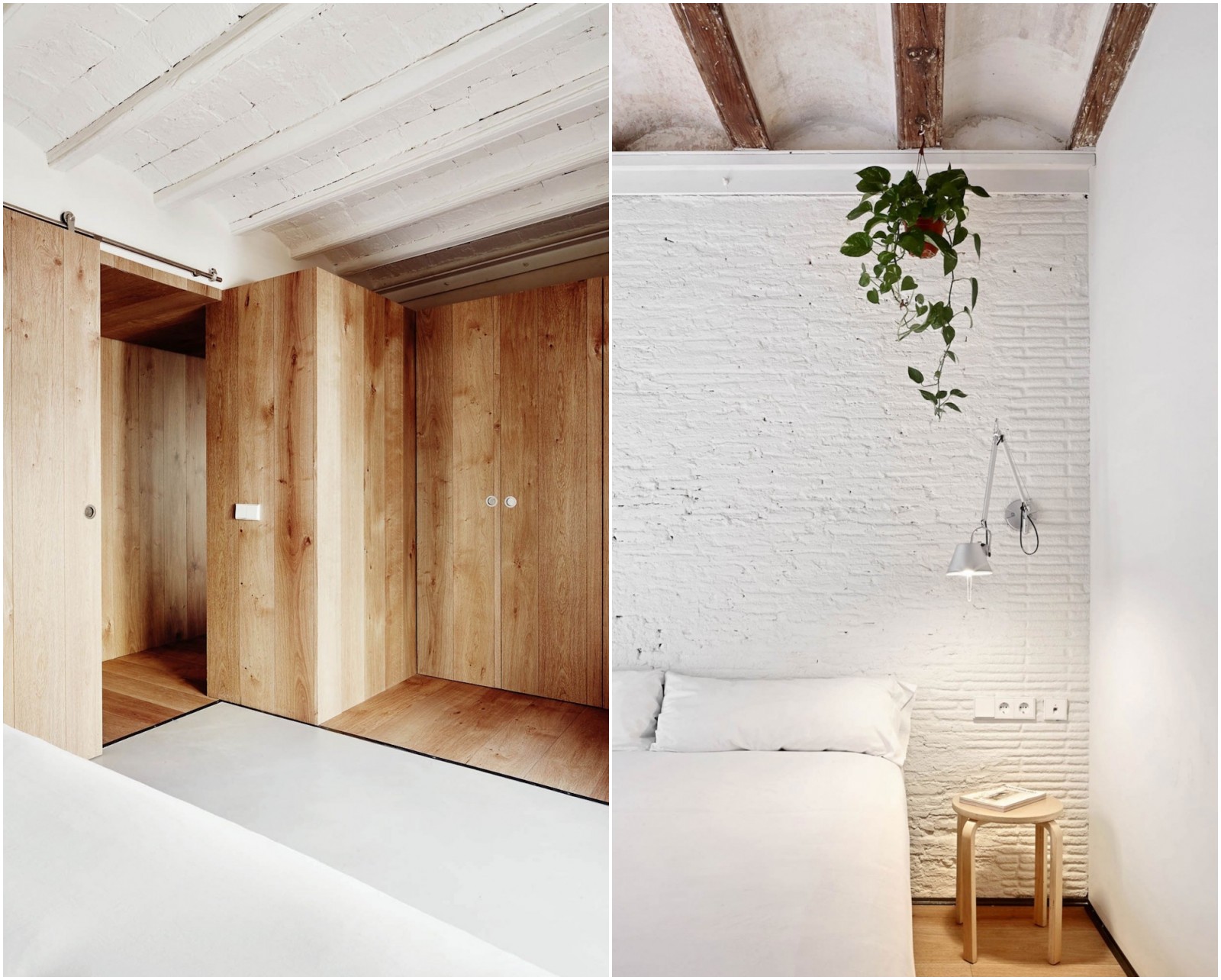 See Mesura for more on Borne Apartments. Photography by José Hevia via HomeDSGN.