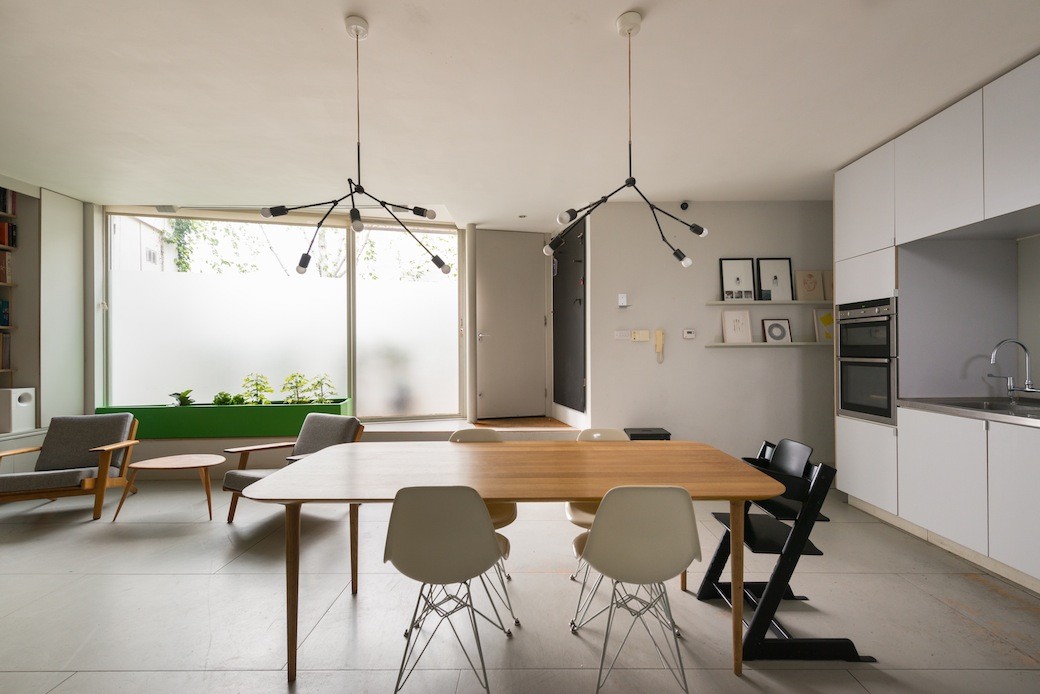 When deciding on what to feature as my first post on the new Copperline, I knew it had to be something that jumped out the screen. Something that felt cool and desirable; a space I could live in perhaps. In my dream life that is. Which led me to this beautiful apartment on Blackstock Road in London. 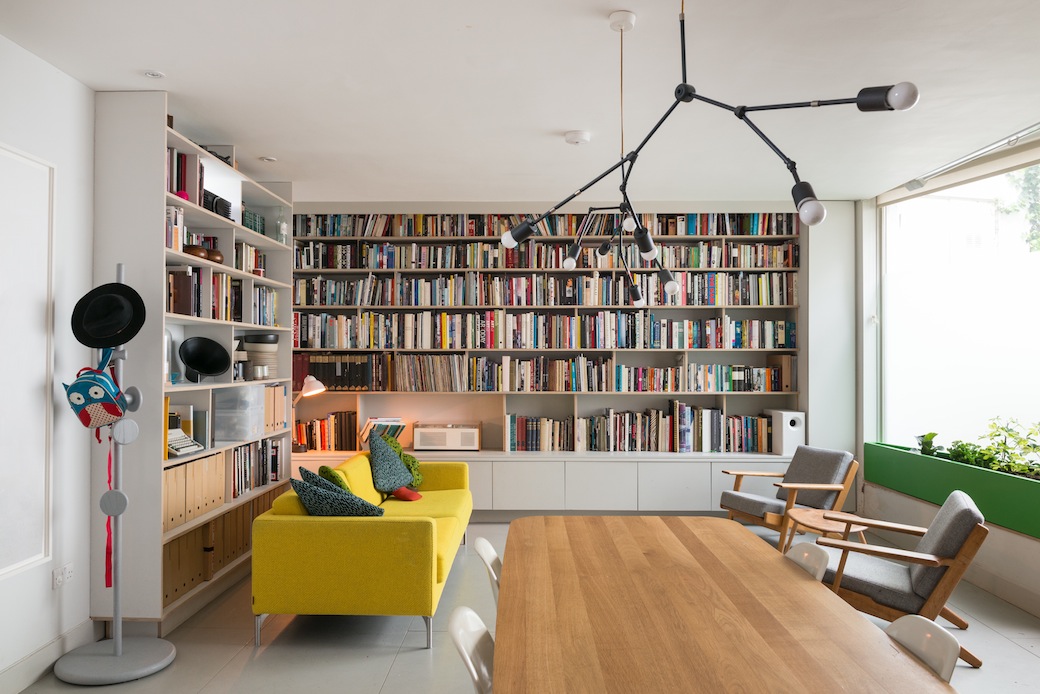 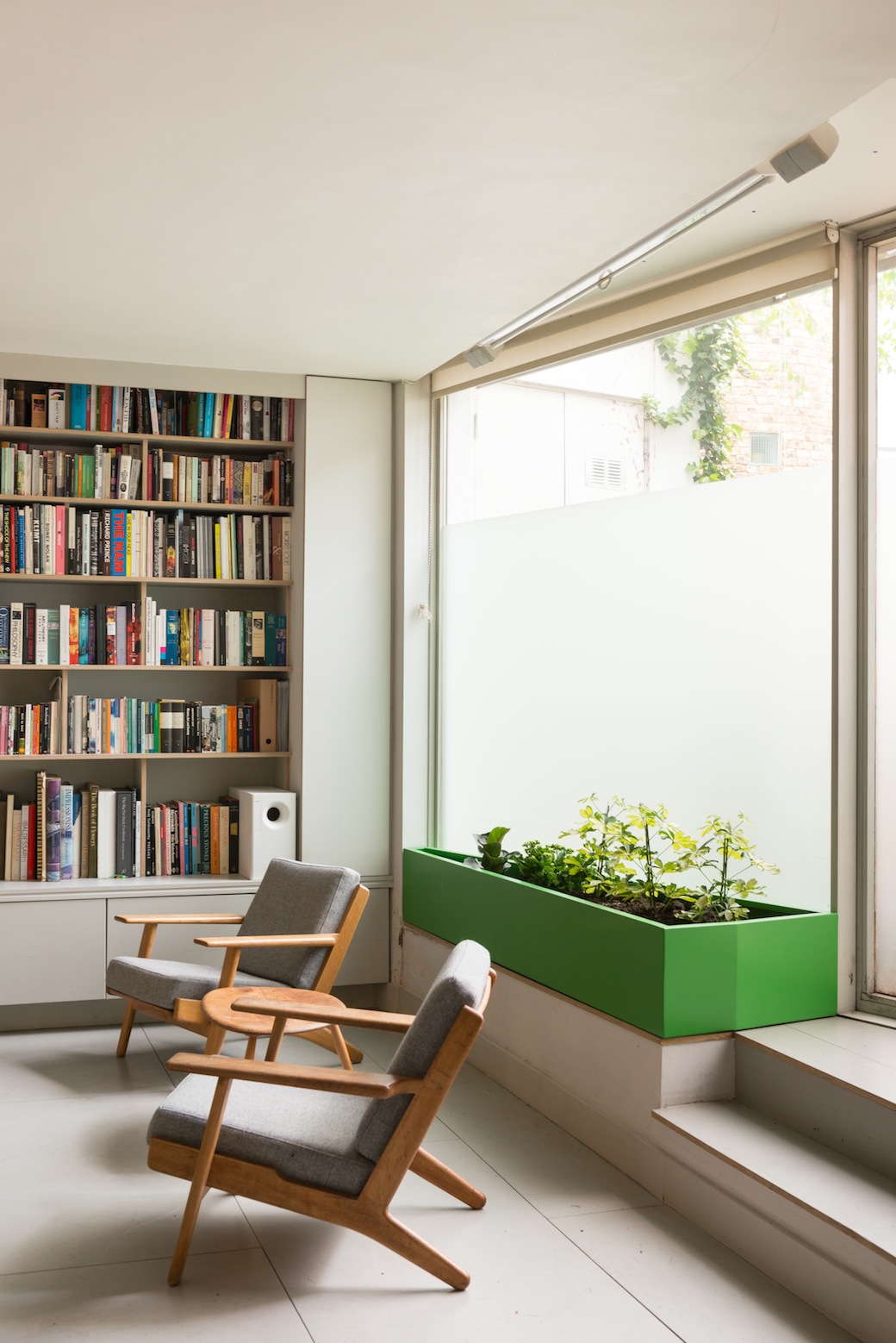 Every so often I come across an interior that leaves me a little weak at the knees, and this apartment is one of those spaces. The property was marketed by The Modern House and is now sold, but there’s so much to enjoy here that I couldn’t resist a mention. The two bedroom apartment is part of a converted leather factory that was developed back in 2000 by the architects MOOArc to create four flats and an office space. 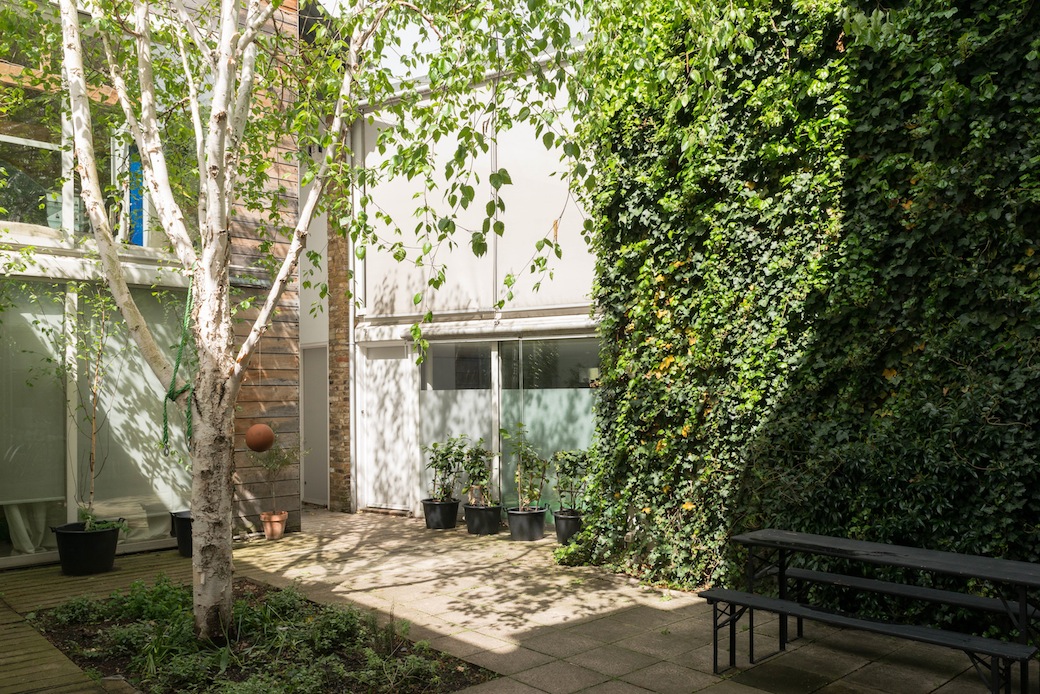 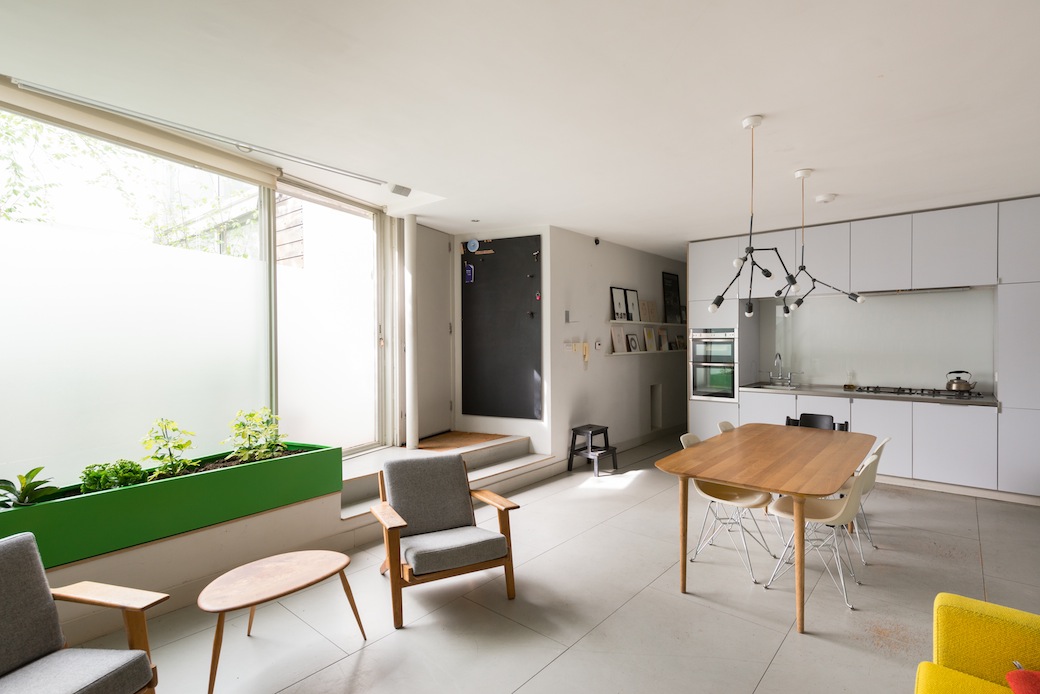 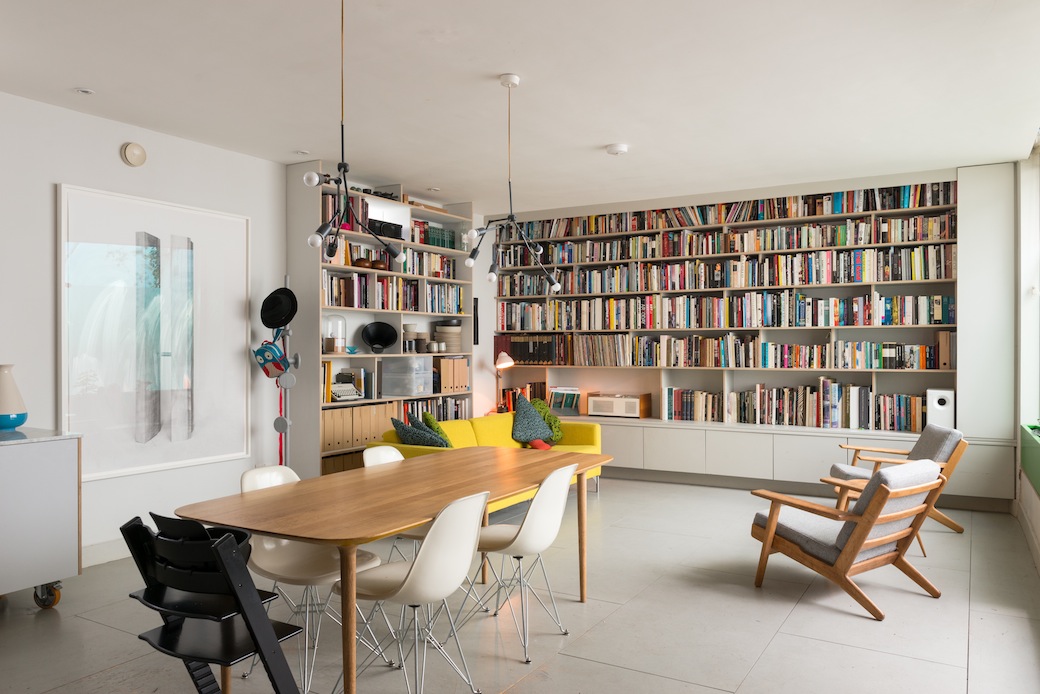 This apartment is tucked away in an ivy-covered courtyard, and the full-height windows in the main living space – which are partly opaque for privacy – face south onto this courtyard.

The interior has been refurbished by the current owners working with architect Geraldine Dening, and the result is a home that blends wonderful open plan entertaining and family space with generously-scaled bedrooms. The detailing is crisp and perfectly understated, from the super-minimal kitchen to the large-profile floor tiles that flow throughout unifying the different zones. 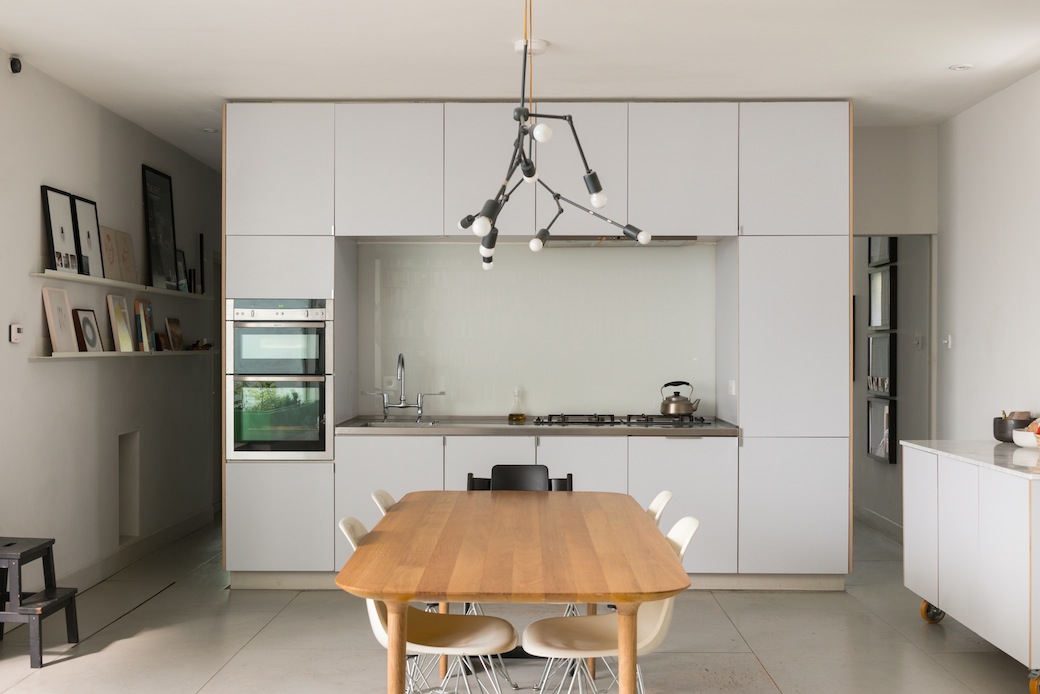 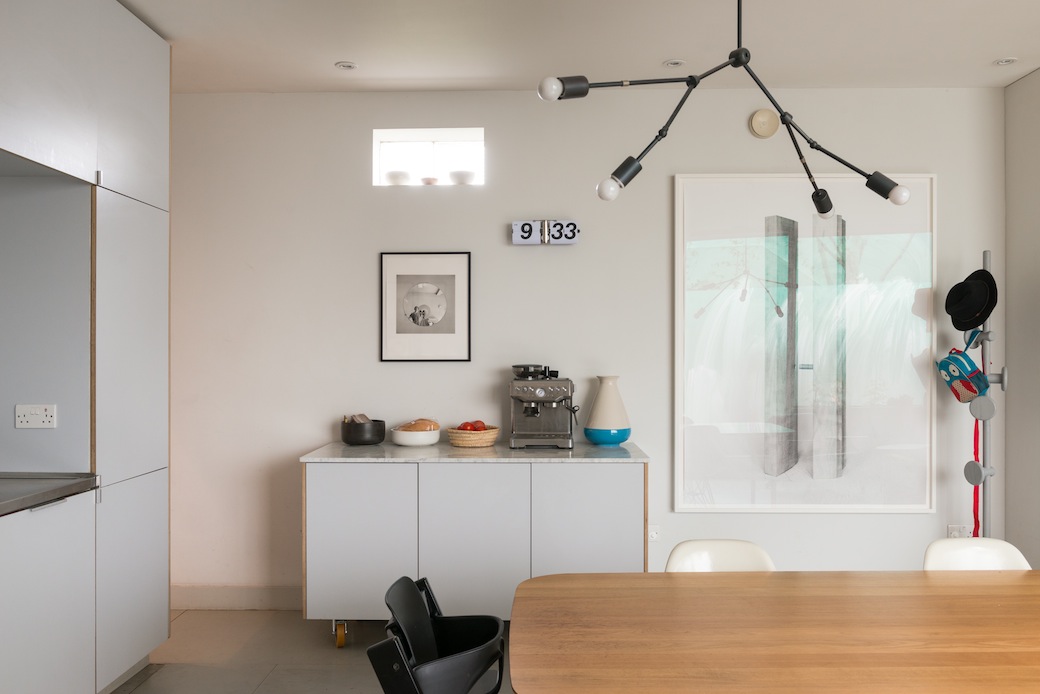 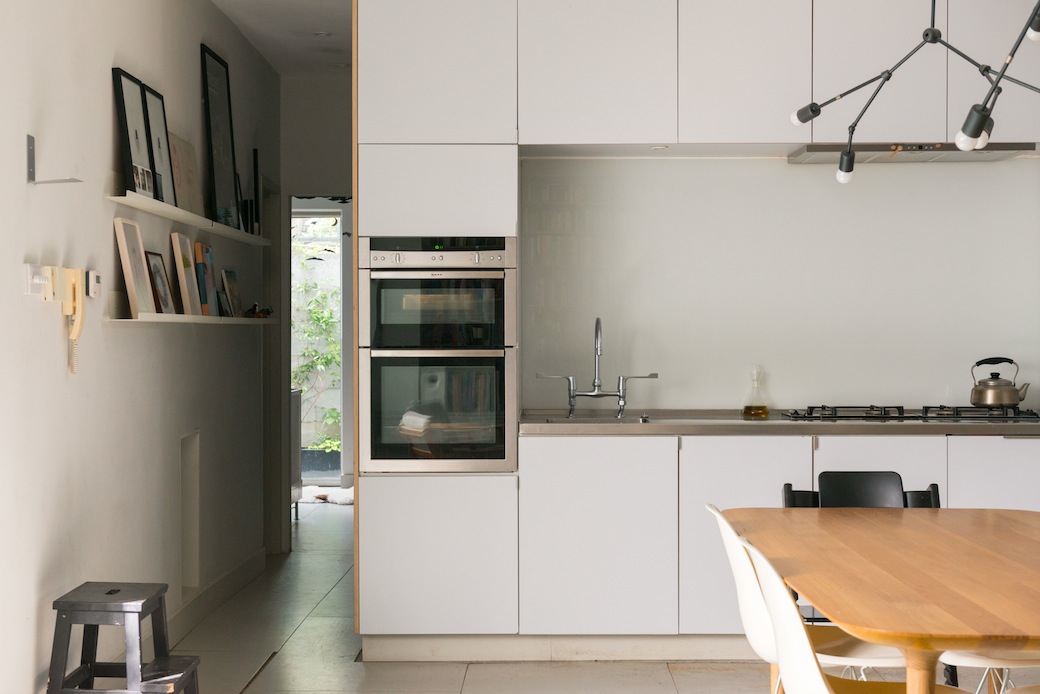 There are great ideas to take from this space: the feature lighting and the way the wall-height built-in bookshelves in the seating area add vibrancy and colour to the otherwise restrained palette; the use of large scale art and smaller groupings of artworks to add impact; the open shelving in the photo above that’s used for display, transforming a circulation area into a gallery-like space; and the way that handle-less storage has been integrated to retain the clean lines. 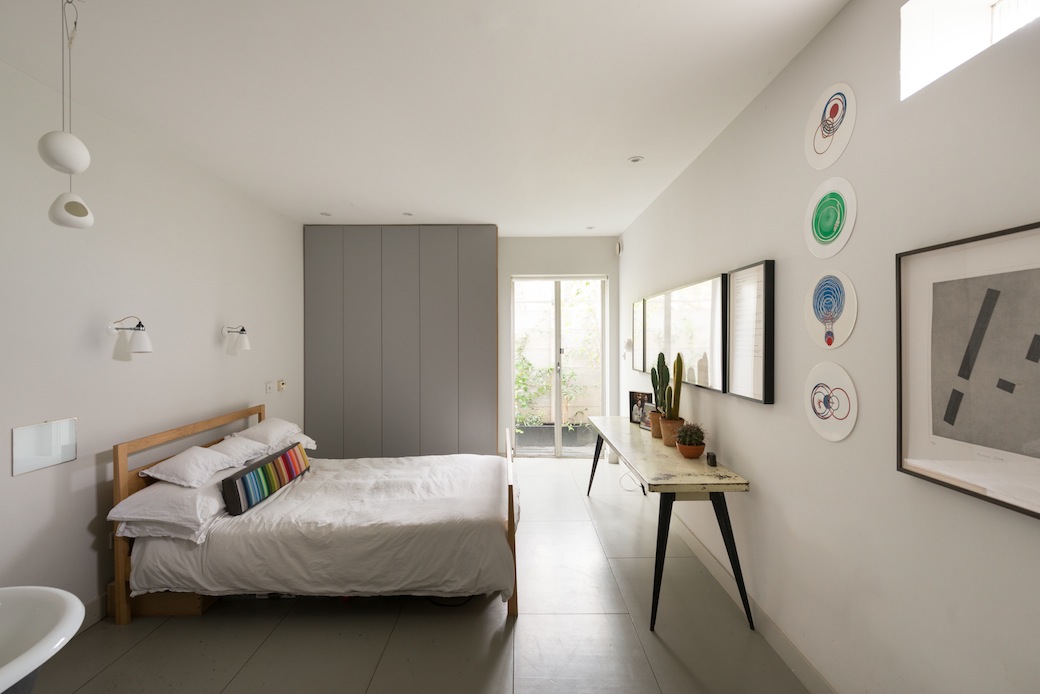 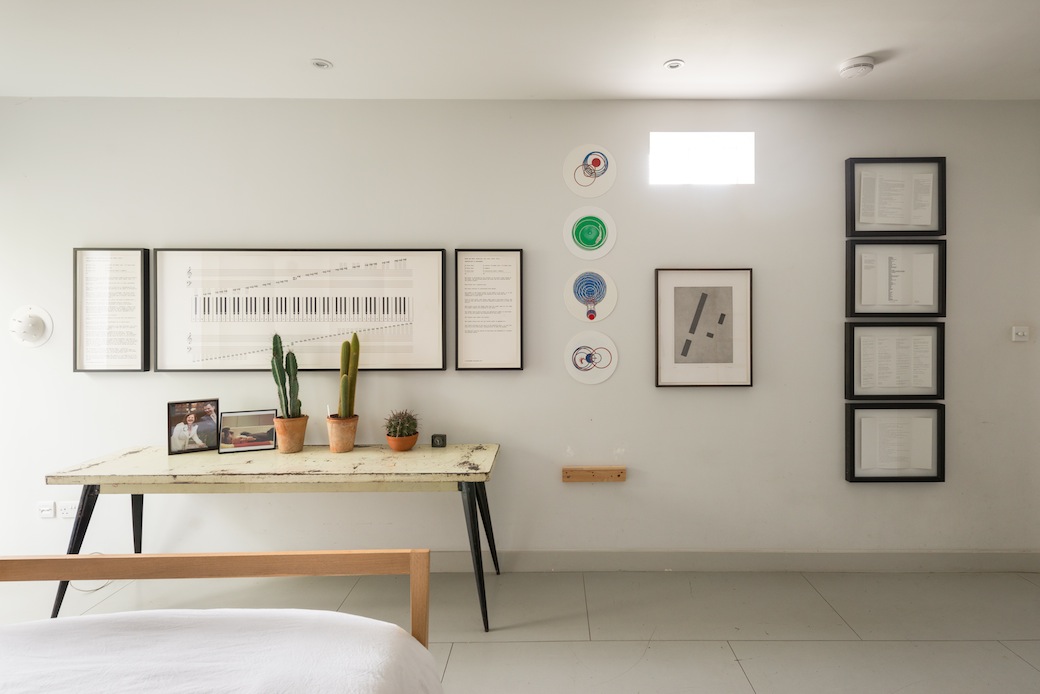 The master bedroom is particularly large and incorporates a freestanding bath set on a wooden plinth. Although the space itself is stripped back, the owners have added in so much personality with the accents of colour and textures and artworks. 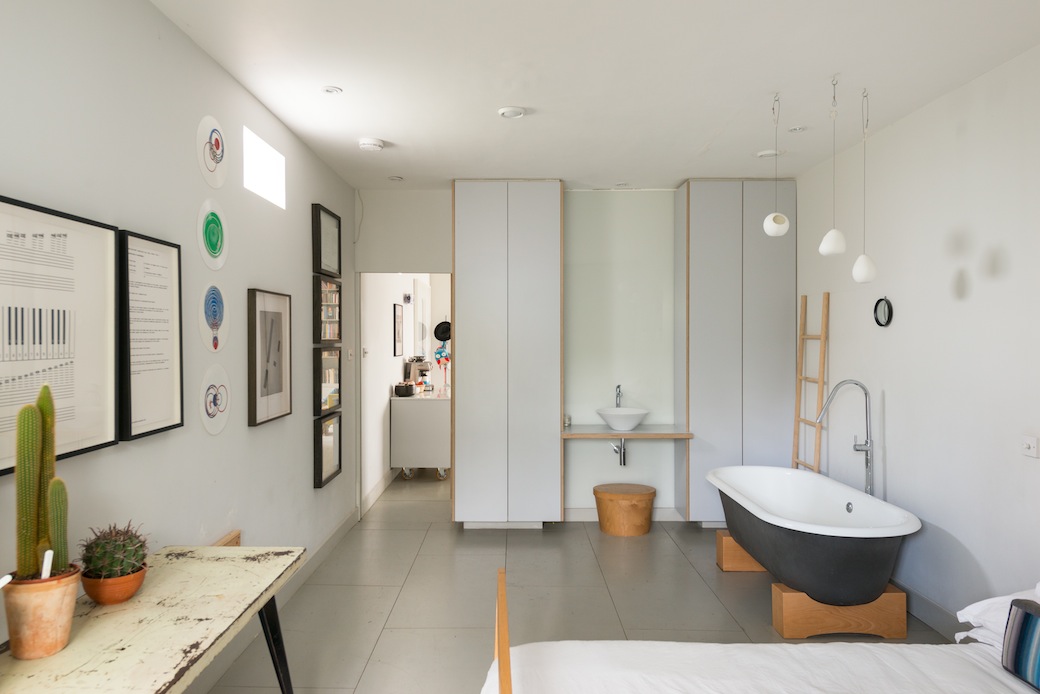 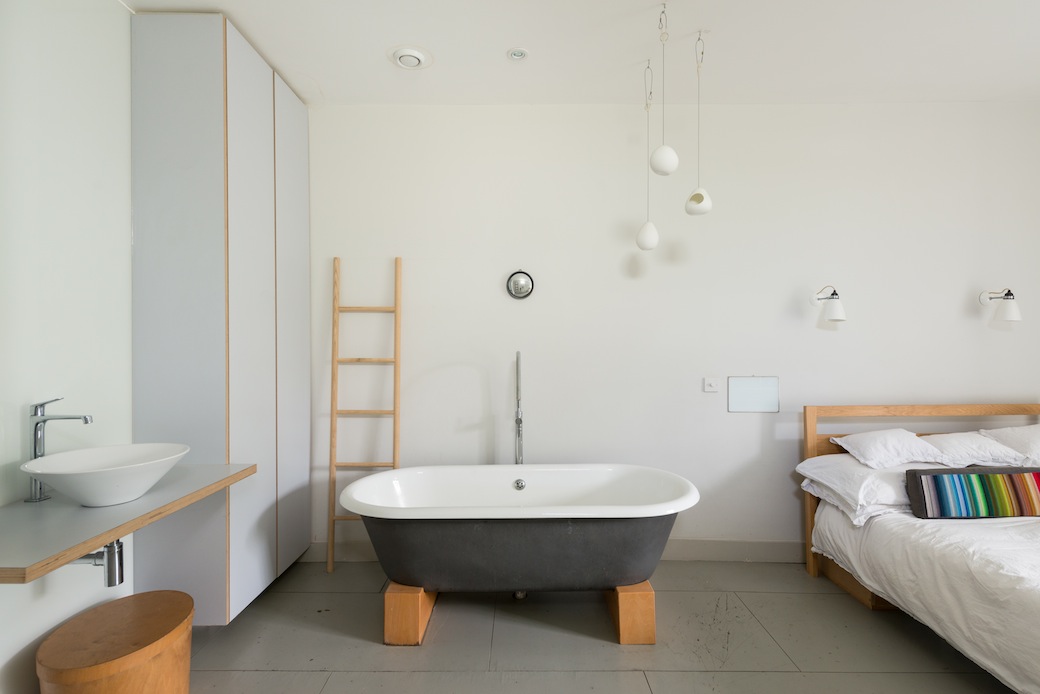 There’s also a shower room with smart metro tiling, and both the bedrooms have French doors opening onto a narrow terrace that’s big enough for a burst of greenery and a table and chairs. I particularly like the cool styling in this apartment – and I’ve realised (again) that my mostly bare white walls needs artworks to fill them.