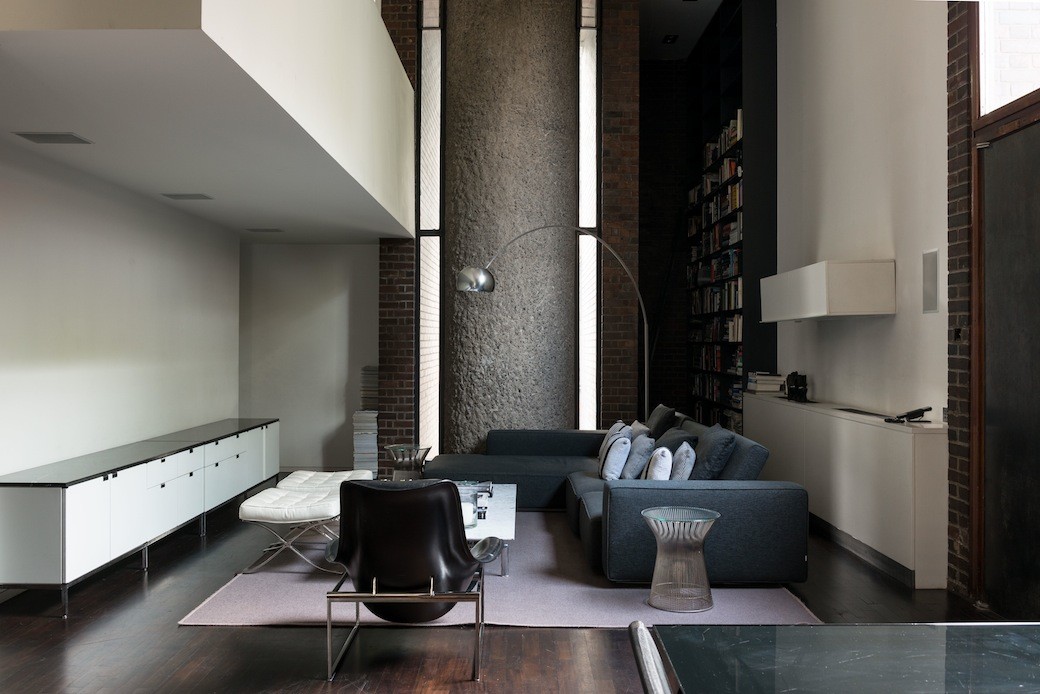 I wanted to start this year – in terms of properties that are on the market – with something truly knockout, and I figured that an apartment that (in my mind anyway) looks like Bond’s London pad pretty much fits the bill. This staggering apartment – staggering in scale and style – is currently on the market with The Modern House and is located on Aldersgate Street within the Barbican Estate in London. Described by the selling agent as “one of the most extraordinary living spaces on the Barbican Estate”, this property occupies the former Estate Office, which was once used to sell other apartments on the Estate and which then stood empty for ten years before being purchased by its current owners. 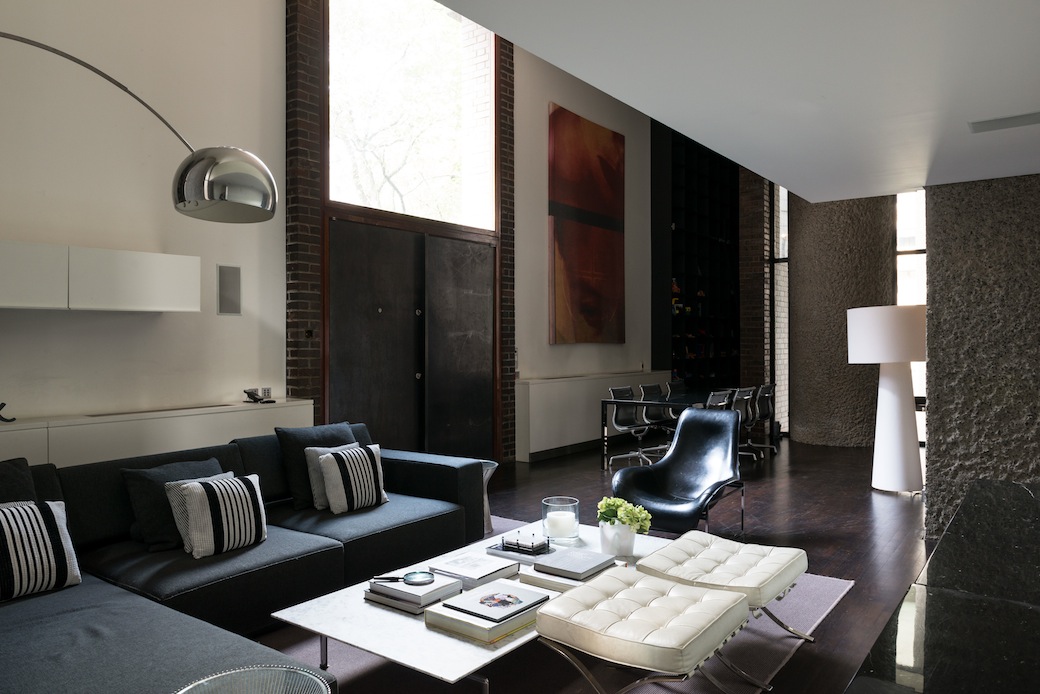 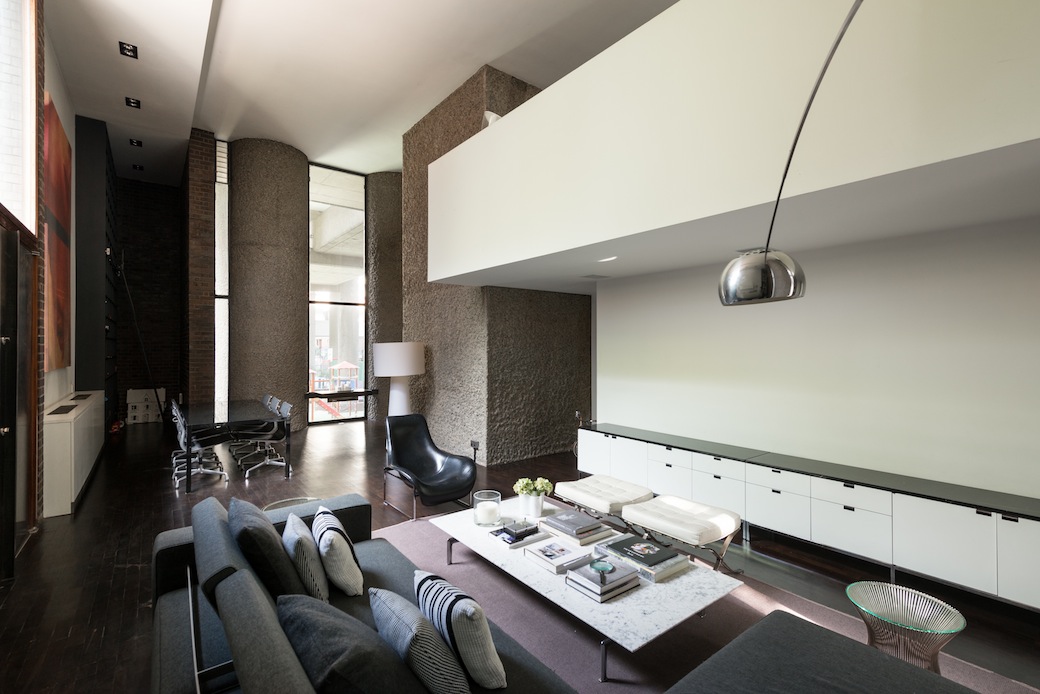 The Barbican Estate was built during the 1960s and ’70s by architects Chamberlin, Powell & Bon and was Grade-II listed in 2001 in recognition of its extraordinary contribution to London’s urban landscape. The Estate is seen as being the finest achievement of the practice, who also designed the Golden Lane Estate and the Vanbrugh Park Estate in Greenwich – The Modern House is also marketing a house for sale here on Combe Avenue.

The former Estate Office was converted by Ken Mackay, who runs the practice Mackay + Partners, and Tracey Wiles, who is a partner at Make Architects. With its combination of architectural elements and unusual spatial volumes, combined with the original raw materials including an extensive use of concrete, Mackay and Wiles saw the potential to create a unique home here. 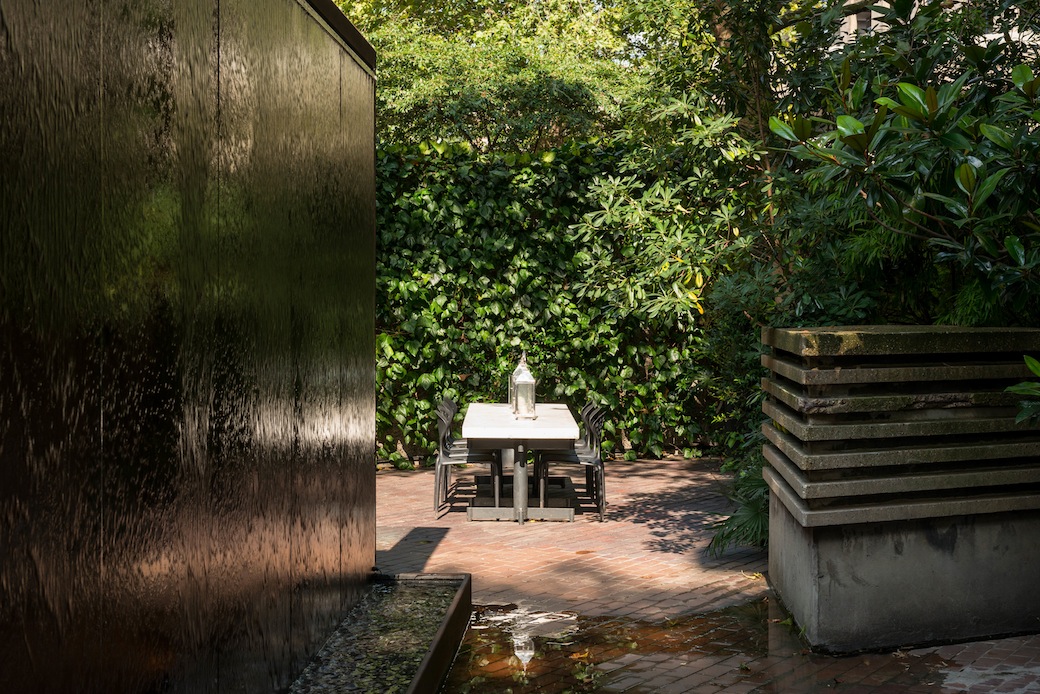 The mood is set from the arrival as you approach the apartment through a courtyard garden, where you’ll find a Corten steel water fountain incorporated into the stairs. Double doors lead into the dramatic double height living and dining space with its exposed concrete walls and pillars, and a corridor leads from this space past a TV nook to the white and gloss-black Dada kitchen. Rather than using colour to create moments of impact, the architects have allowed the interplay of materials and textures – and the volume – to make the statement here. 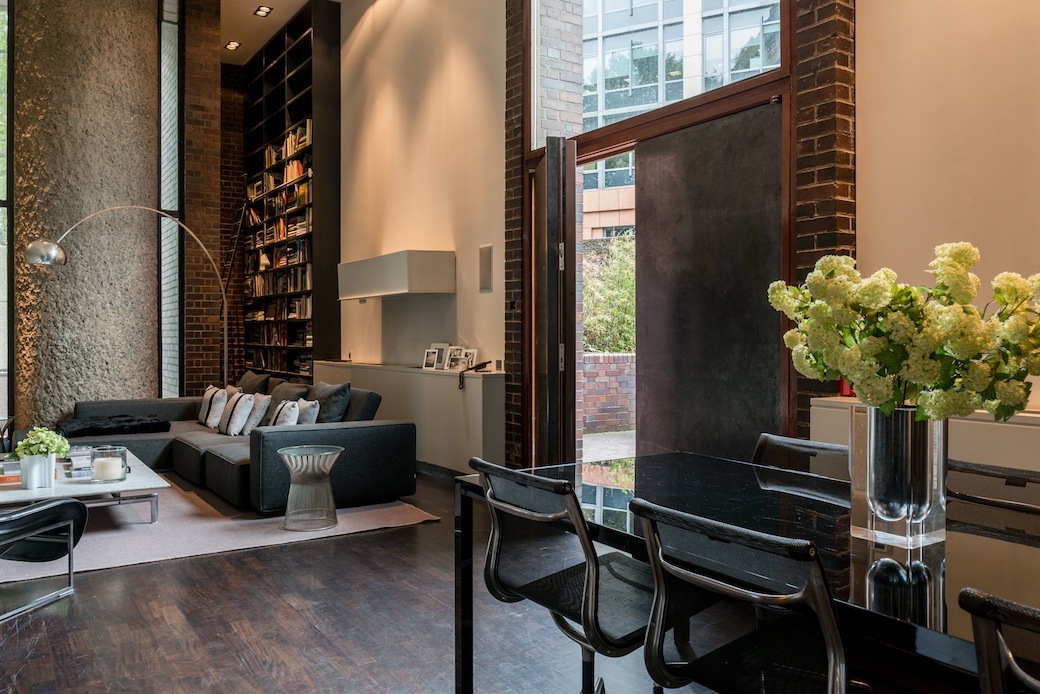 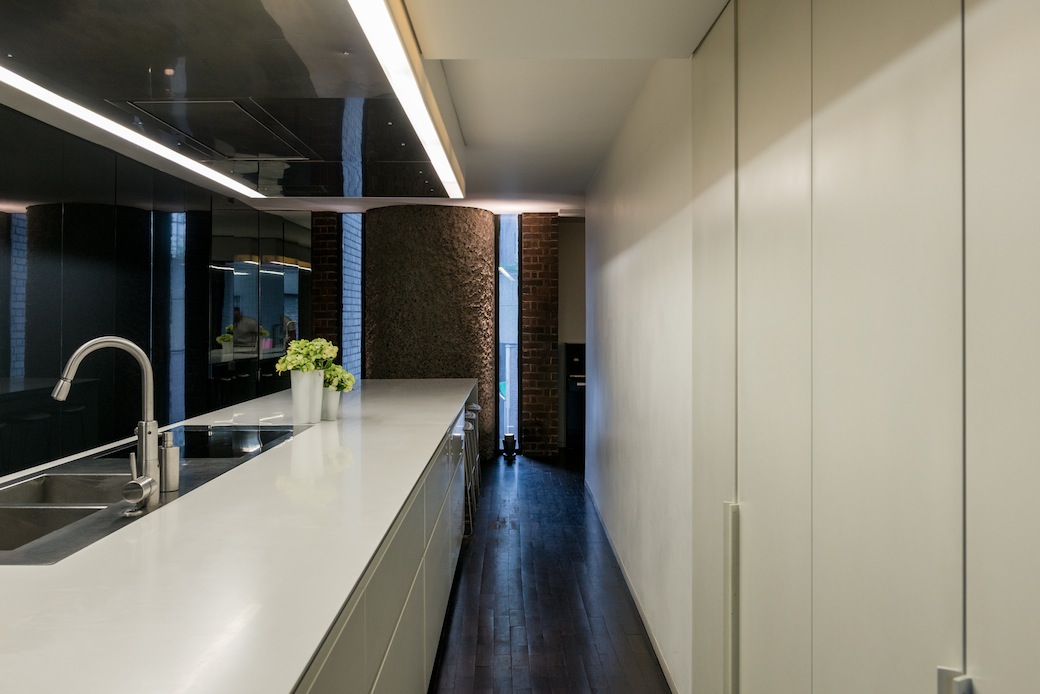 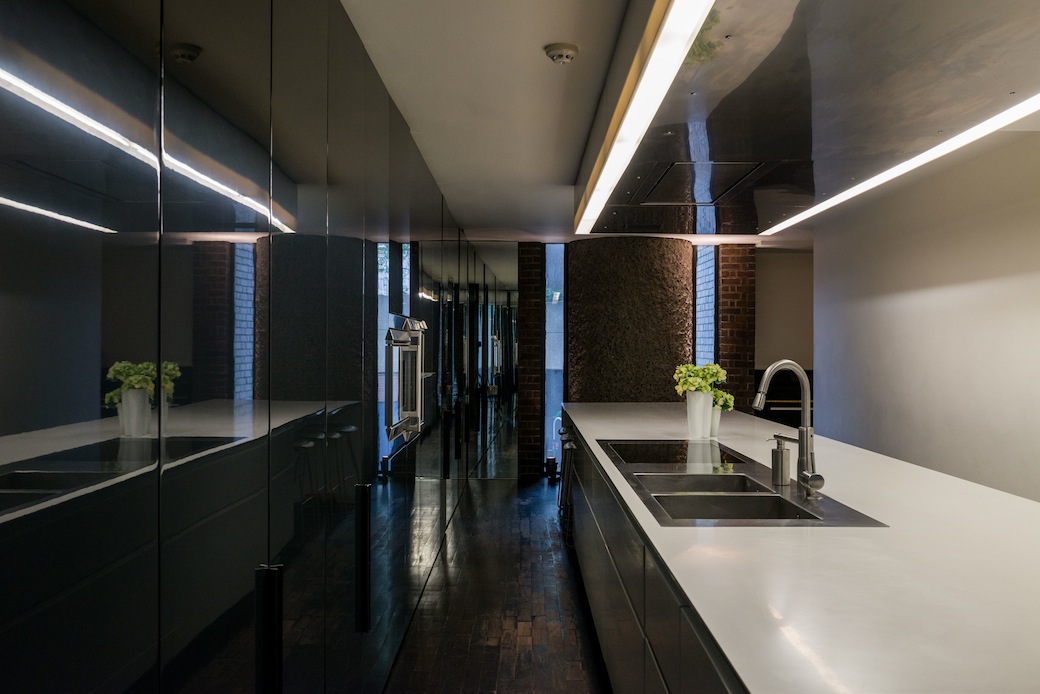 The floor plan has a circular flow. As The Modern House say in their description: “The success of the apartment’s layout revolves around the interconnected spatial volumes. Narrow and tall spaces link with long and low spaces… The spatial character and the unusual sequence of spaces are so strong that the building dictated the allocation of use.”

Extensive work was required to strip out the existing interior of this property, including the demolition of brick and board partitioning and a block of toilets. The internal plan was penned by the architects after their initial viewing and was never altered afterwards. Clearly, their response to this space was instinctive. 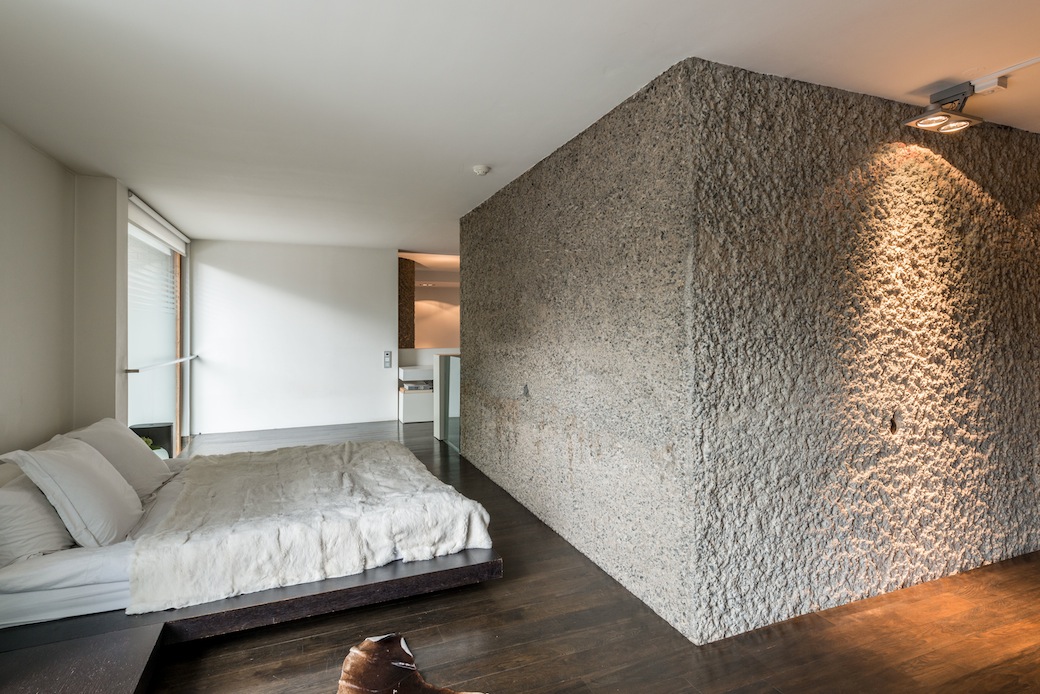 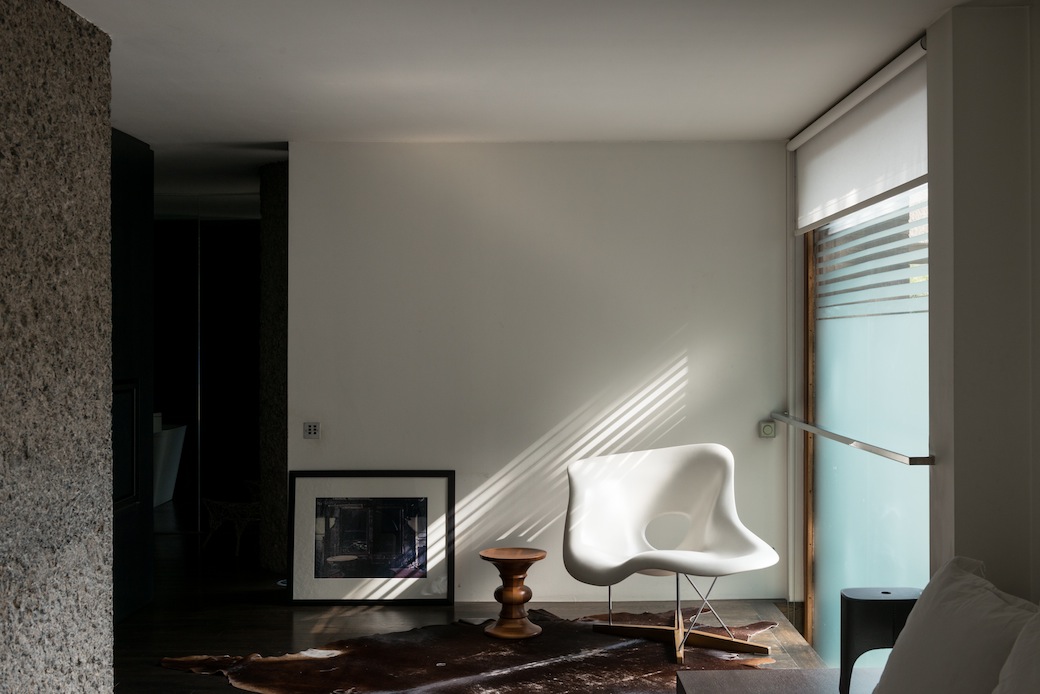 Just look at the interplay of textures in the master bedroom above, which sits on the mezzanine level that was inserted into the shell. I realise that this may be a little bit of a love/hate moment for some people looking at the rugged concrete wall above, but for me, the new elements are so crisply detailed that the contrast works – and brilliantly.

Only three plasterboard walls were added to create today’s floor plan – forming the main bathroom, two children’s rooms, and the mezzanine. The other spaces were created by the existing structure and by the use of joinery, with built-in pre-fabricated joinery by Molteni&C. This interior has been so sympathetically crafted. Yes, it feels like a space you’d see in a movie and you’d be gobsmacked by it. It would be a scene-stealer. But this apartment has also worked as a family home. Make that one incredible family home. 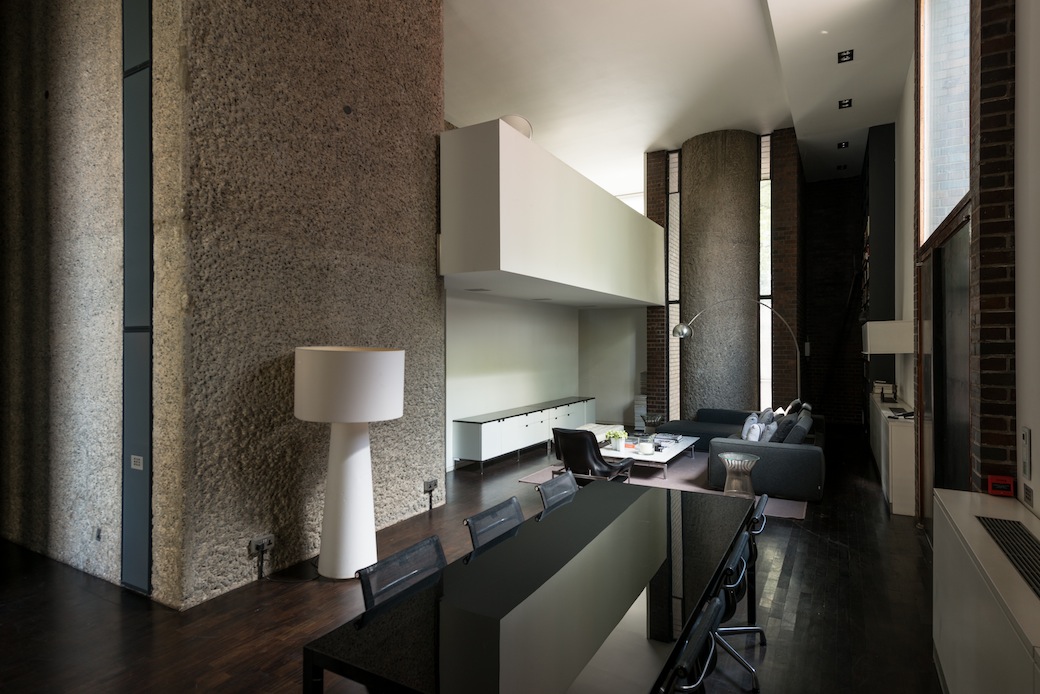