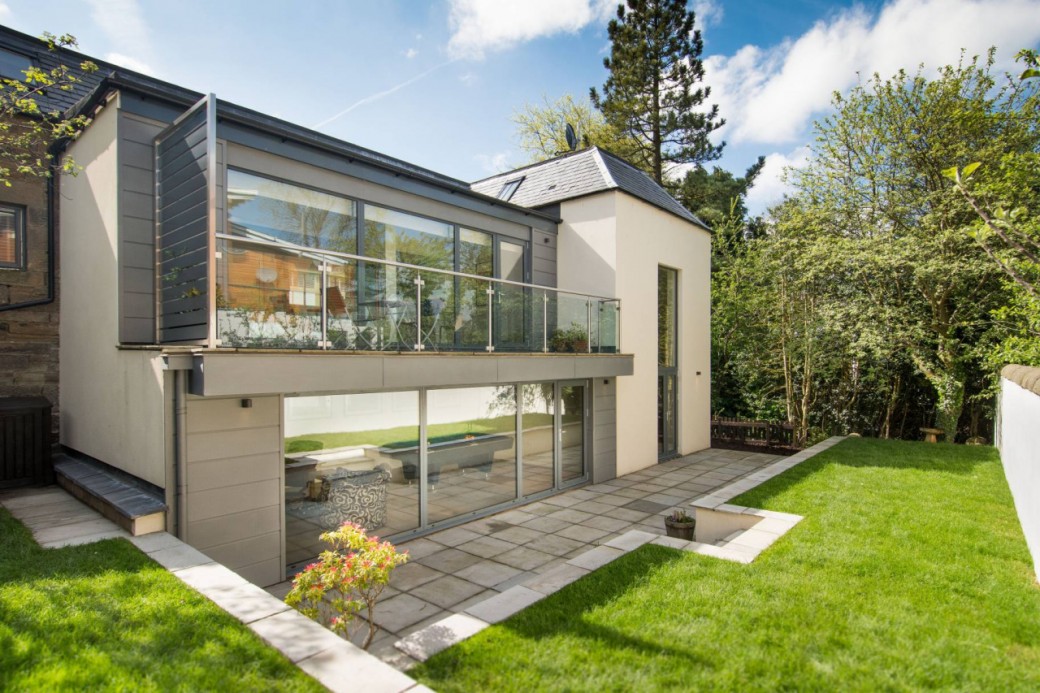 In my previous post about The Workshop in London’s Camden area, I mentioned not judging a book by its cover and how the same can also be true of properties, and this former coach house at 15A Albert Terrace in Edinburgh is another prime example of this. Although the exterior-versus-interior contrast isn’t quite as dramatic as in The Workshop, if you arrive outside number 15A expecting a quaint mews style house full of character and charm, well, you’re in for a surprise. 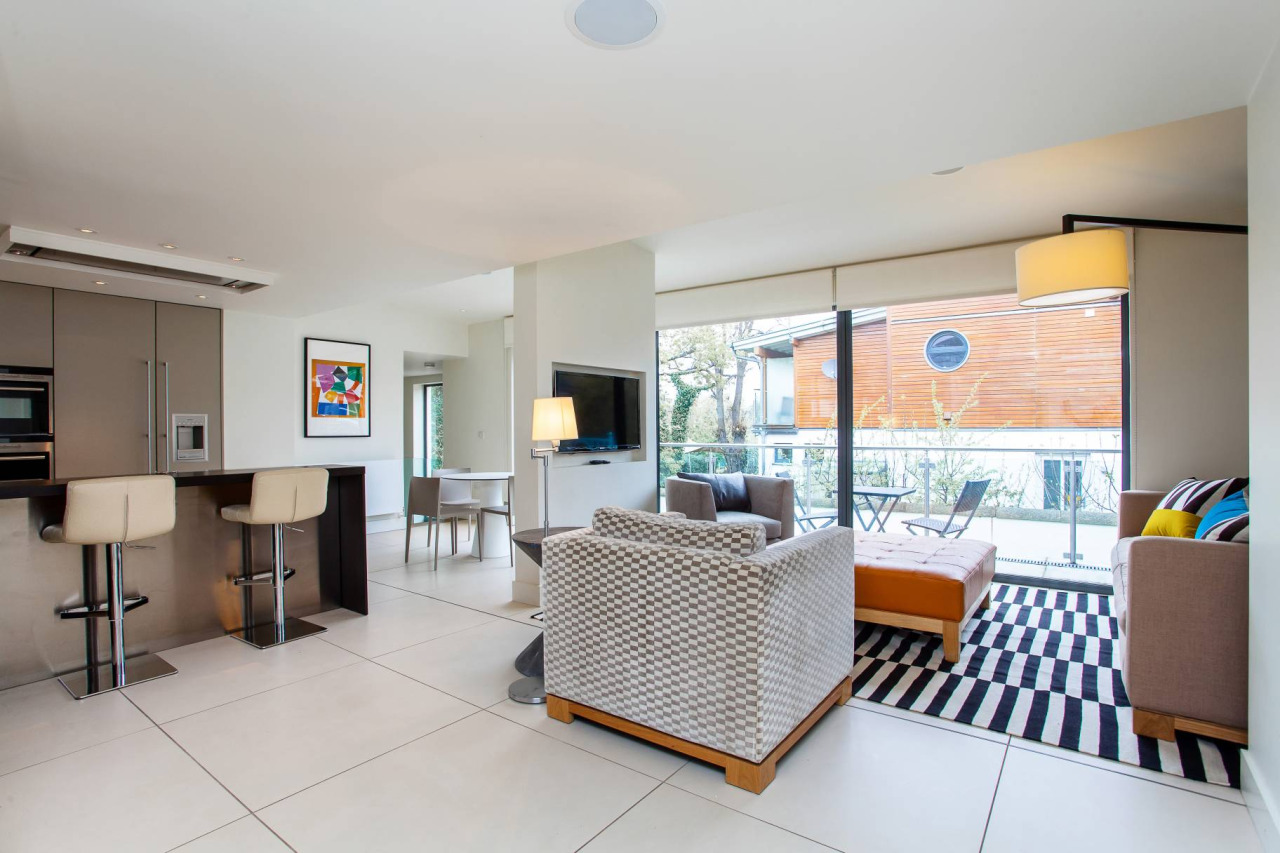 It’s hard to describe just how different this property looked in 2012, when the current owner bought 15A and hired Ian Smith Design to completely overhaul the place. Situated on a quiet cobbled street in Edinburgh’s Morningside area, this two/three bedroom house was actually threatened with demolition in the 1970s to make way for a new building, but locals strongly objected to the plan arguing that the demolition ‘would seriously affect the amenity of Albert Terrace’, and that the proposed house planned for the site was out of character with the area. 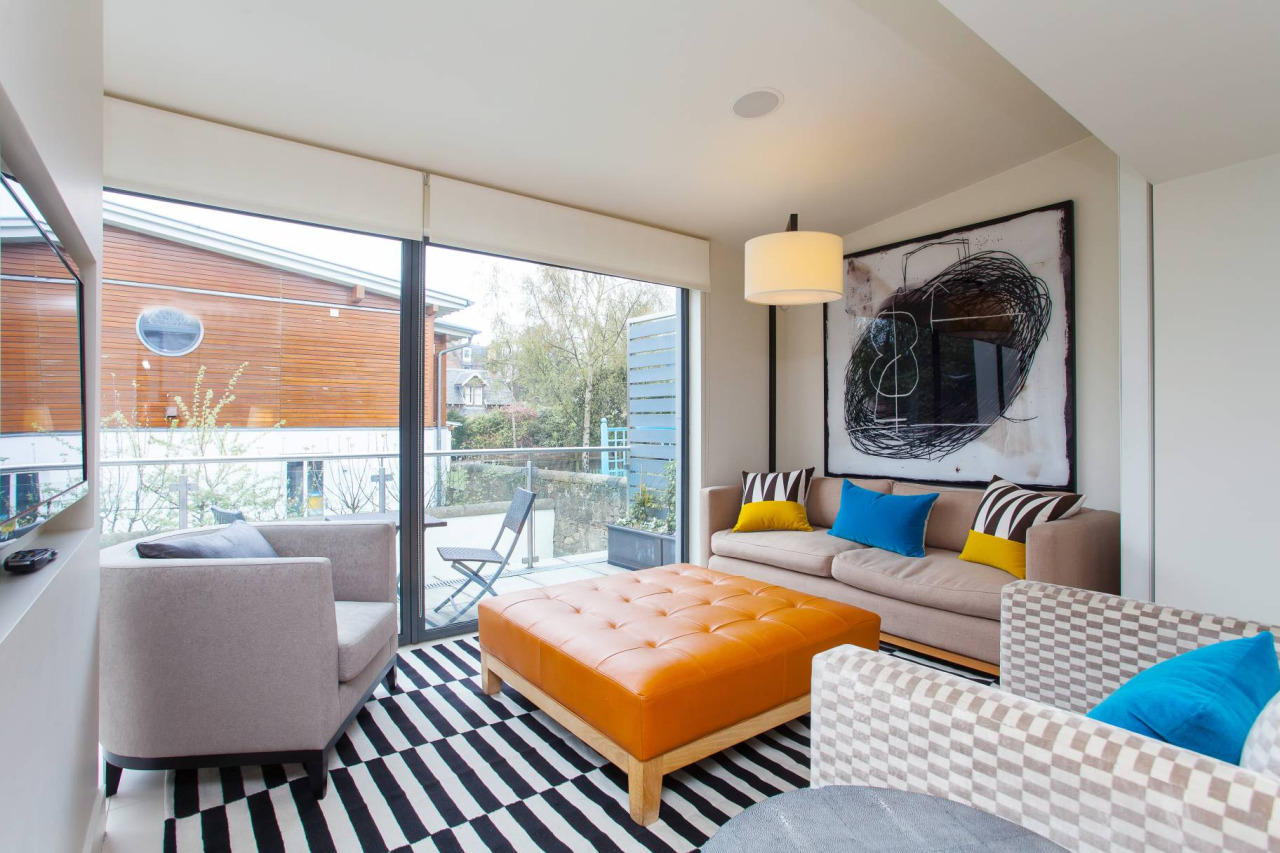 In the end, the individual who had intended to develop the site decided again the building’s demolition, and so the coach house – which was used as a garage at the time – was saved for another era. 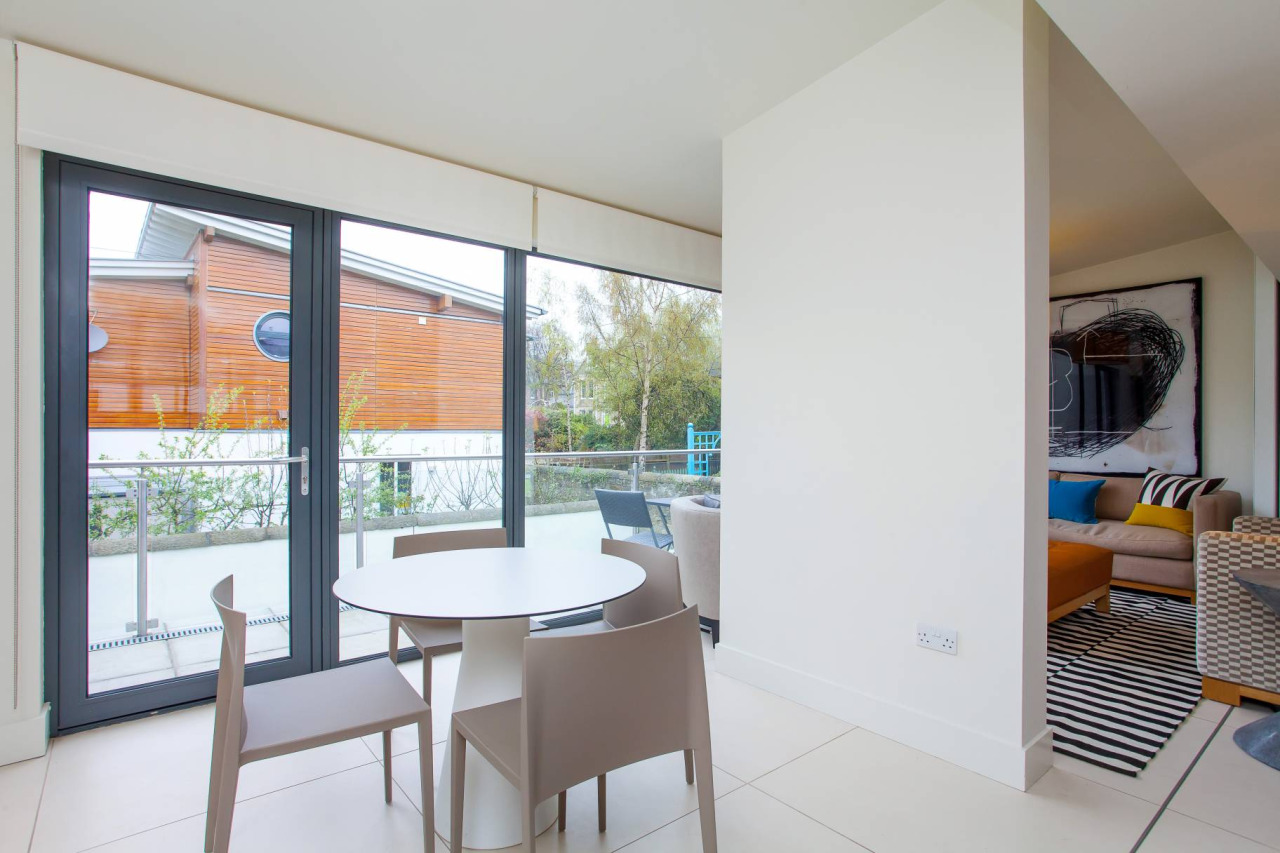 By the time the current owner arrived here the house had already been extended to the rear, although referring to the addition as an ‘extension’ is stretching things: elevated on stilts, with what can only be described as a rubbish zone below, the timber-clad extension didn’t exactly appear designed for longevity. (If you’re interested in seeing the before-after transformation, I’ve posted photos on the Files’ Facebook page.) The accommodation extended to just 83 sq/m. 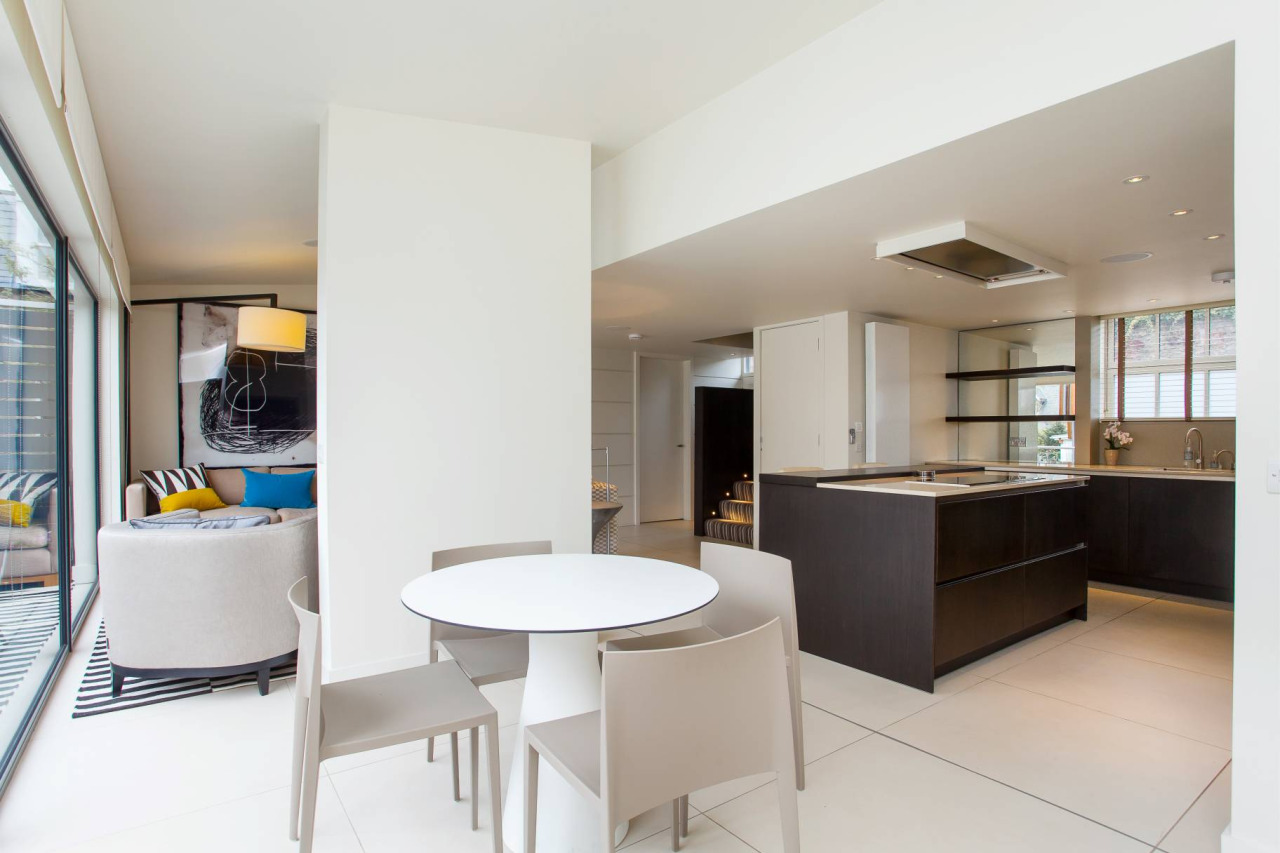 Now, this house has over 200 sq/m of space (that’s over 2,200 sq/ft, including the garage) and features a fluid, open plan living area on the ground level, incorporating seating, dining and kitchen zones that open onto a balcony. There are two bedrooms upstairs including a generous master bedroom suite, while the garden level contains a large games and cinema room, again with a full-height glazed wall and a door leading onto the patio. This space could easily be used as another sitting room, particularly given the indoor-outdoor flow, or as another bedroom. There’s a WC on this level and a storage space that offers the potential to create an additional shower room here. 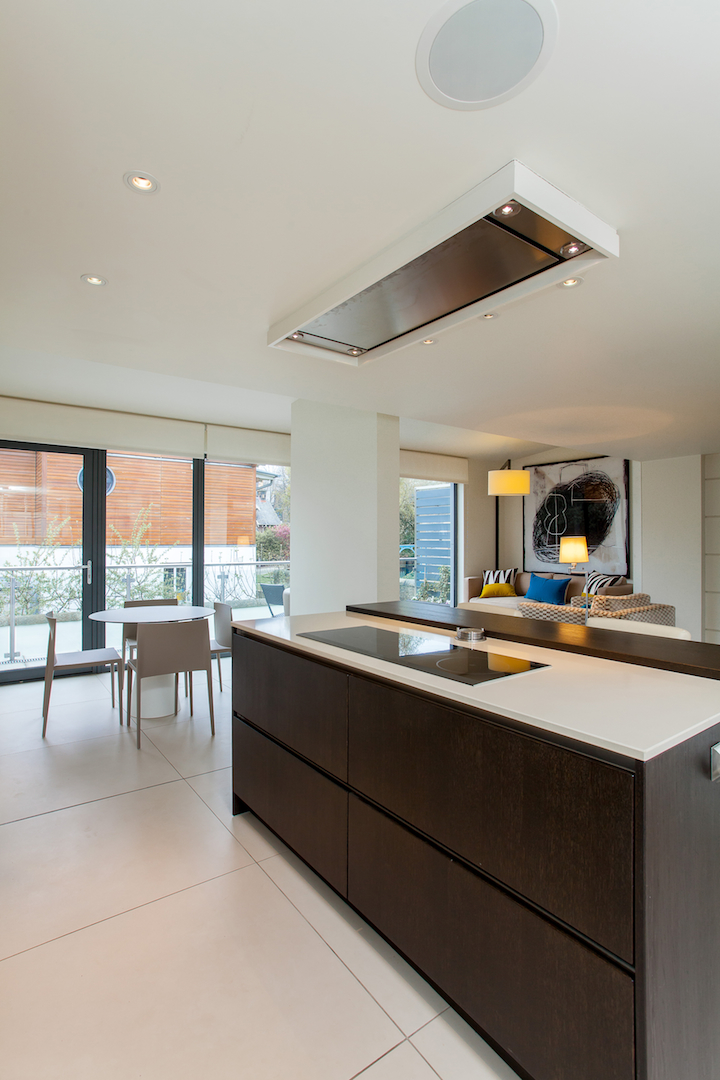 Both the owner and the designer embraced a high specification approach to the redesign, as evident in features like the integrated Sonos sound system and the Bose Lifestyle cinema system, while underfloor heating extends through most of the house.

This quality is also clear when considering the immaculate Warendorf kitchen from Craighead & Woolf that combines dark brown oak cabinetry with Dupont Quartz Barley worktops, along with practical touches like the Quooker boiling water tap and the Liebherr drinks fridge. Ian added mirror to the end wall in the kitchen, visually extending the space. The shower room and master en-suite were designed with the same attention to detail and beautiful mix of finishes including black bamboo, ceramic tile, timber and Corian finishes in the ground floor shower room, along with wenge, ceramic tiling and Corian in the master en-suite. 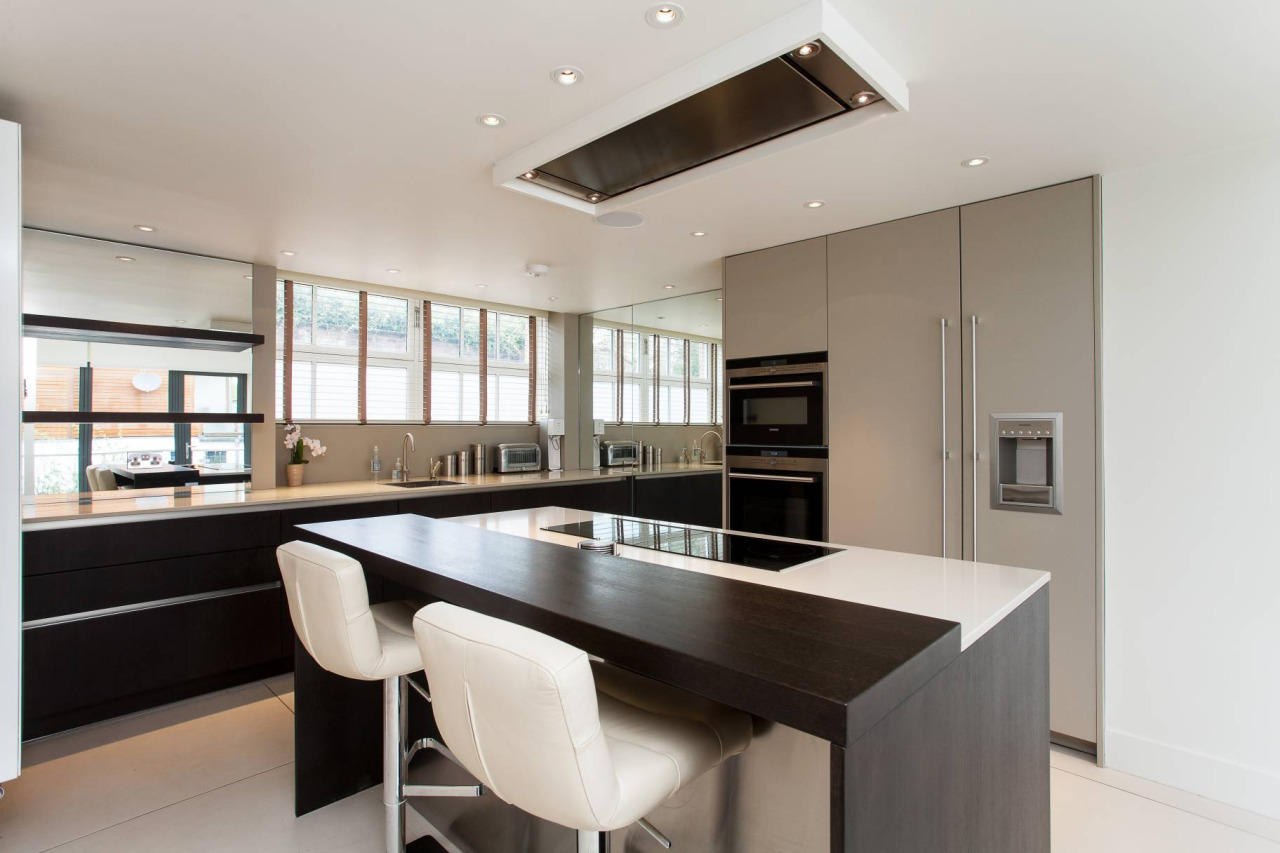 “I really enjoyed the quirkiness of this project,” says Ian, whose own home was featured on the Files back in March, and there are design details from that project that Ian repeated here, including the ceiling-height internal doors that increase the sense of space and flow.

This renovation and extension was not without its challenges and Ian readily credits the builder, Andrew Macdonald Design, for his attention to detail. “The original building was such a mish-mash with all these different levels and construction styles,” Ian says. “When we stripped it back there were bits of steelwork and concrete and timber; there was nothing straightforward about it.” 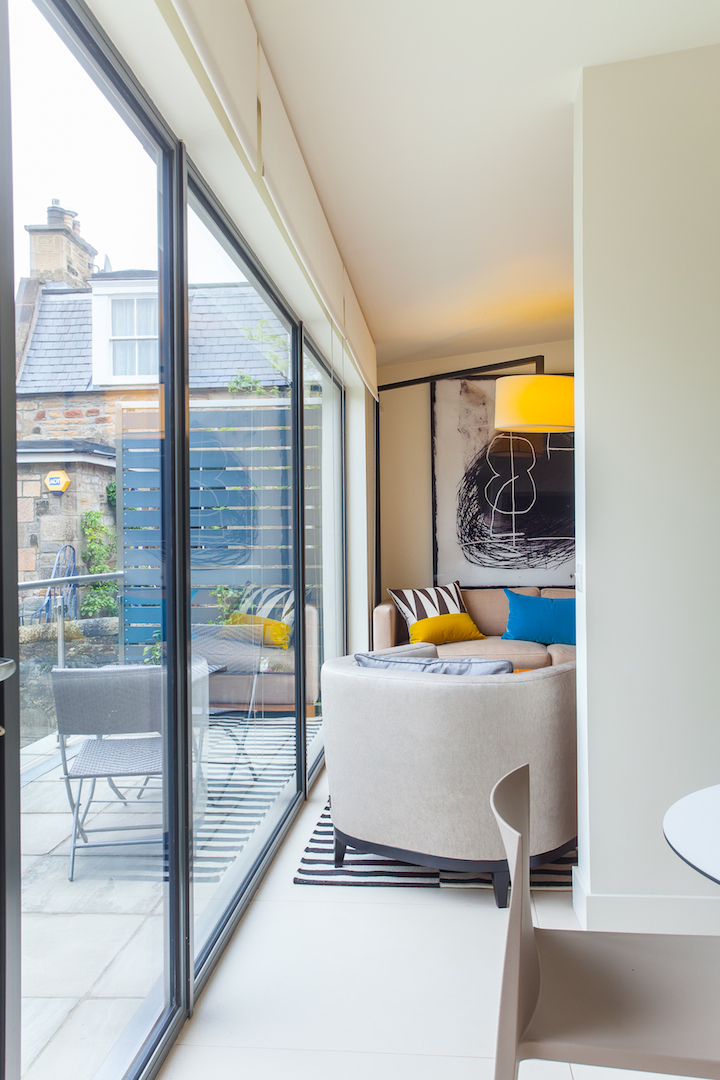 “We also had to dig down to get the necessary ceiling height on the lower level, and there were various problems with the underpinning, which wasn’t as straightforward as expected. This project needed someone like Andrew to have the patience to work through it.” 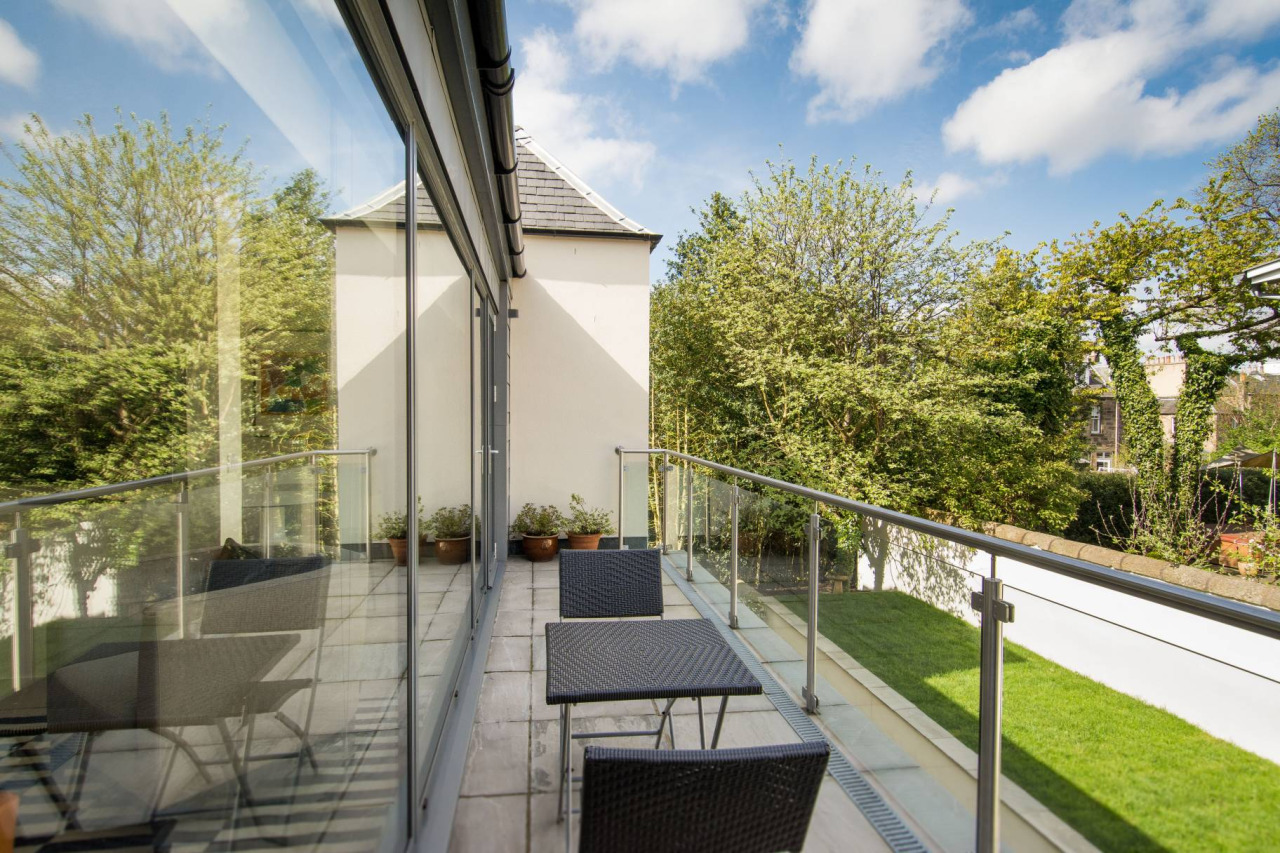 The end result is a striking contemporary home – really, a new build home within a handsome old stone shell. As Ian says: “There’s been a lot of thought put into this space,” and it shows. 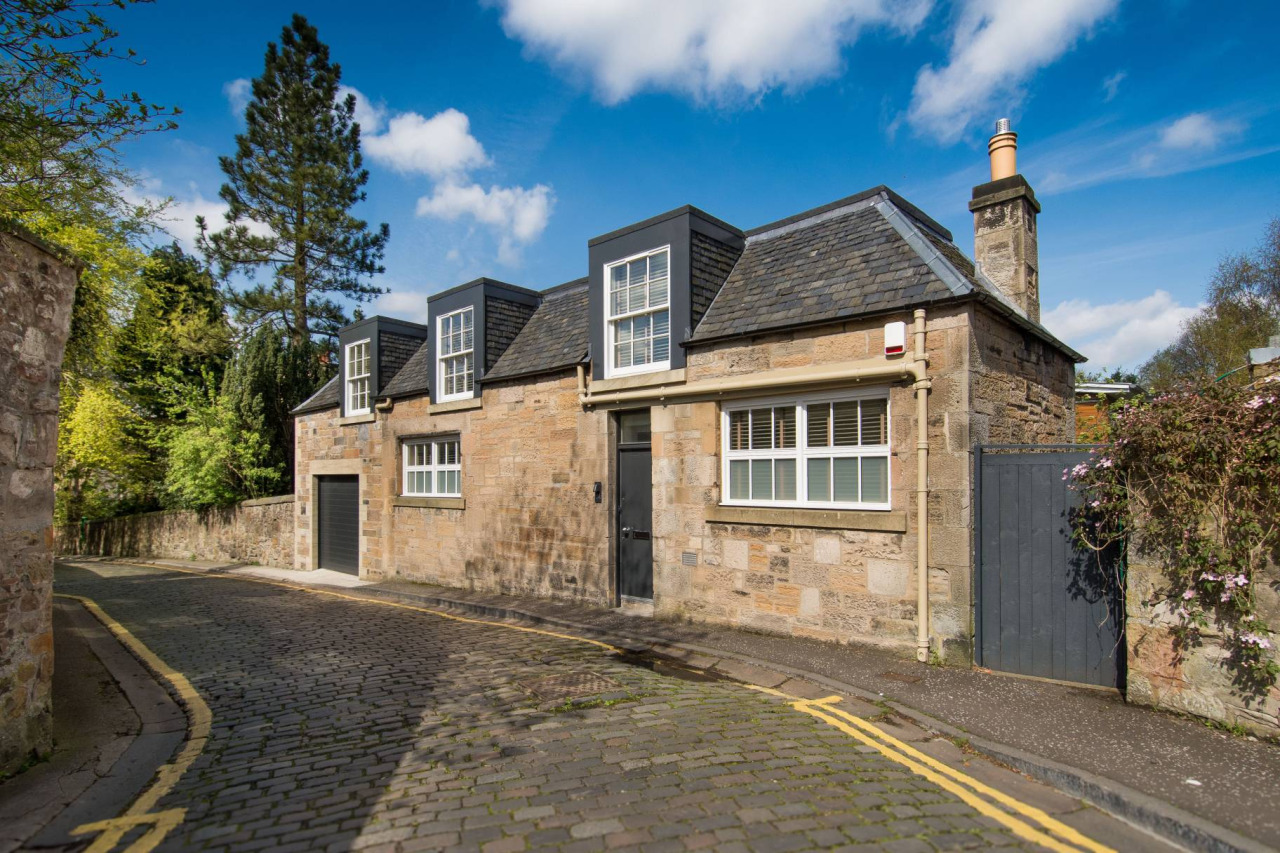